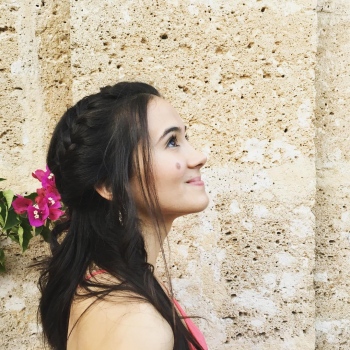 Photographer / Videographer @ Freelance based in Sarasota

Karen Arango , originally from Colombia, is a Sarasota-based freelance photojournalist and videographer who has been commissioned by the San Francisco Chronicle, Undark Magazine, Sarasota Magazine and several non-profits in... read on
www.karenarango.com
About

Karen Arango, originally from Colombia, is a Sarasota-based freelance photojournalist and videographer who has been commissioned by the San Francisco Chronicle, Undark Magazine, Sarasota Magazine and several non-profits in Sarasota-Bradenton including The Community Foundation of Sarasota, Manatee Community Foundation, Gulf Coast Community Foundation, United Way Suncoast, Goodwill Manasota, Ringling College of Art and Design and many others. Her work focuses on collaborating with local non-profits to increase their funding and create awareness of social needs in the community. You could also find her teaching photography and video workshops throughout the year at Ringling College of Art and Design. She is available for assignments worldwide.

She earned her photography education from Ringling College of Art and Design and the International Center of Photography. Karen received a Silver Telly Award for her social video made for Goodwill Manasota in 2019. She was awarded an Advocates for Youth grant to produce an abortion series in 2018. In 2017 Karen's short film "Families Together/ Familias Unidas" was selected for the Through Women's Eyes Film Festival and Sarasota Film Festival. In 2016 she was selected for Artpil's 30 Women Photographers under 30, her "Miss Behave" series was shown at Photoville, New York, and she co-authored with Shannon Rohrer-Phillips the self-published book "Visible Narratives". In 2015 Karen was selected to participate in the New York Times Lens portfolio review. In 2013 she worked as an analog printer at Phototechnica, where she printed more than 130 images for Larry Towell's Aperture book "Afghanistan." Karen's photographs were selected as the 100 best works of the Republic of Georgia's "KOLGA Photo Festival" in 2013. Karen's work has been exhibited and featured internationally including Italy, Netherlands, Belgium, Republic of Georgia, Germany, United Kingdom, New York City and Sarasota.