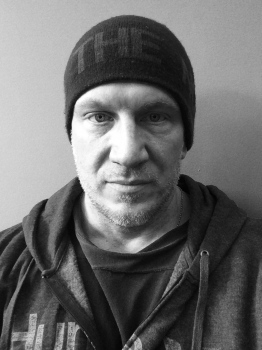 Photographer based in New York

Anthony Karen is a freelance photojournalist; specializing in documentary and humanitarian projects with a background in the personal protection/security field, both domestic and international. His passion for photography began in... read on
wwww.anthonykaren.com
About

Anthony Karen is a freelance photojournalist; specializing in documentary and humanitarian projects with a background in the personal protection/security field, both domestic and international.

His passion for photography began in Haiti, where he continues to document various Vodou rituals and pilgrimages throughout the country. Over the years, Anthony has worked on several long-term projects; including extensive documentation of U.S. based extremist organizations. This project led to two books, exhibitions in Bulgaria, Italy, the annual Noorderlicht Festival and a screening at Visa pour I’Image.

His photographs and interviews have been featured in various forms of media, such as NPR radio, LIFE, Time, Mother Jones, The Washington Post, and Slate. “Inside the Westboro Baptist Church”, Anthony’s collaboration with LIFE, received two MIN Editorial Awards in 2011. In the same year, Anthony was the recipient of the George A. Robinson IV Foundation grant for his humanitarian work and a Best Of Photojournalism - Cliff Edom’s New America Award.

In March 2013, he collaborated with the Discovery Channel on a documentary about the modern-day Ku Klux Klan, KKK: Beneath the Hood. In the summer of 2016, Anthony’s work was featured in the motion picture Imperium, which is based on a true story. He is currently collaborating on several films and serves as a consultant for projects involving U.S. based extremist organizations.

Anthony served in the US Marine Corps and worked for many years in the personal protection industry. He has traveled extensively worldwide and has volunteered on numerous international medical missions. His charitable affiliations include Hospice, Smile Train, Surgical Volunteers International, and the Humane Society.

You can view more of Anthony’s work on his website: www.anthonykaren.com