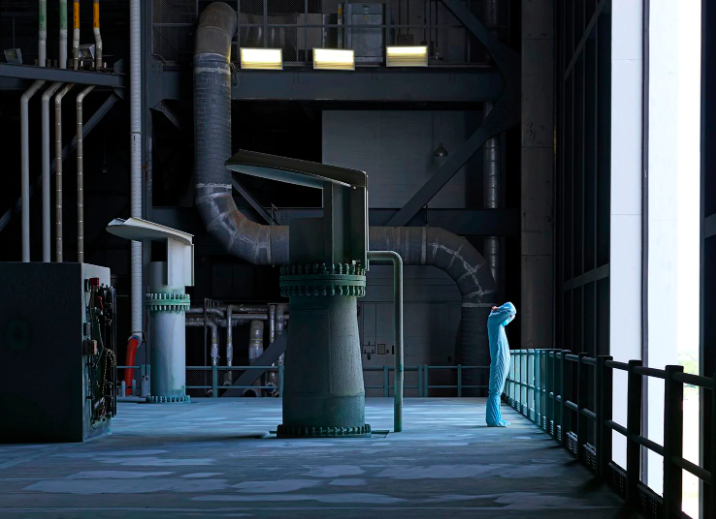 The images in Vincent Fournier’s new book, “Space Utopia,” are reminiscent of a Stanley Kubrick film. Over the course of 10 years, Fournier explored space centers on the world, from a Mars research station in San Rafael Swell, Utah, to the TeamIndus Space Facility in Bangalore, India, documenting the spaces and the people who filled them. His photographs are composed thoughtfully, showing his awareness of shape, scale and color. The quality of light in Fournier’s images give them a cinematic feeling. They seem magical and similar to a childhood dream.

Fournier found inspiration for these photographs in television shows, movies, comic books and sci-fi novels from the 1970s and 1980s, as well as childhood memories of visits to science museums. When the space race began, leaving the planet was a “collective dream.” Many still share the current desire to keep exploring the opportunities that may lie beyond Earth’s atmosphere. Fournier photographed space centers and artifacts that were an integral part of space exploration in the 1950s and 1960s. He also photographed progress being made toward future journeys to space, such as astronauts training for Mars in the desert of Utah. Fournier says of his work:

“Space exploration is humanity’s great adventure, a leap into the unknown, towards a dark light, beyond Earth’s protective atmosphere and the gravity that keeps us there. Space represents the universal desire not only to contemplate the sky, but also to fall there. Desire, from the Latin word desiderare, means regret and nostalgia for a lost star. But how can we desire something that we don’t know? Could it be that the starsdusts that we are do remember this primitive time where we floated in space? Men would then be like gods fallen from heaven, nostalgic and unconscious of this star that they lost?”

The Washington Post InSight: In Sight Perspective #girlgaze: How girls see the world