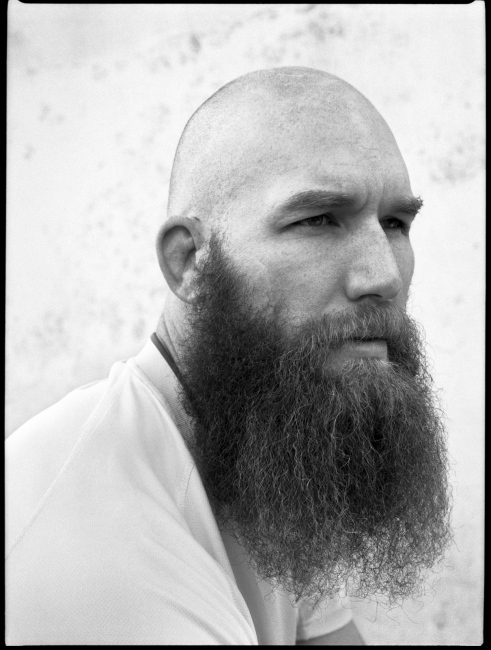 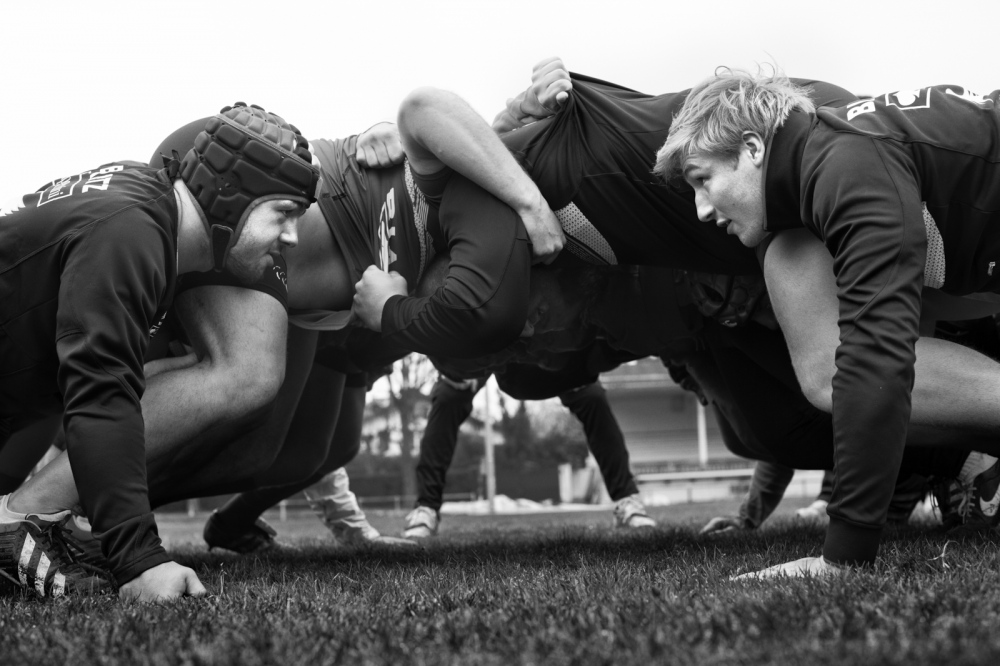 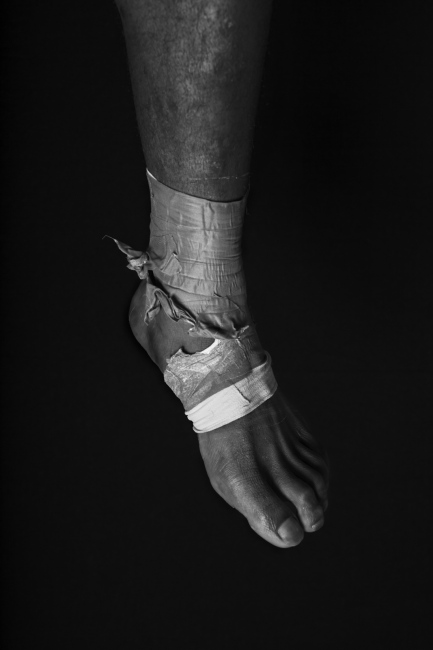 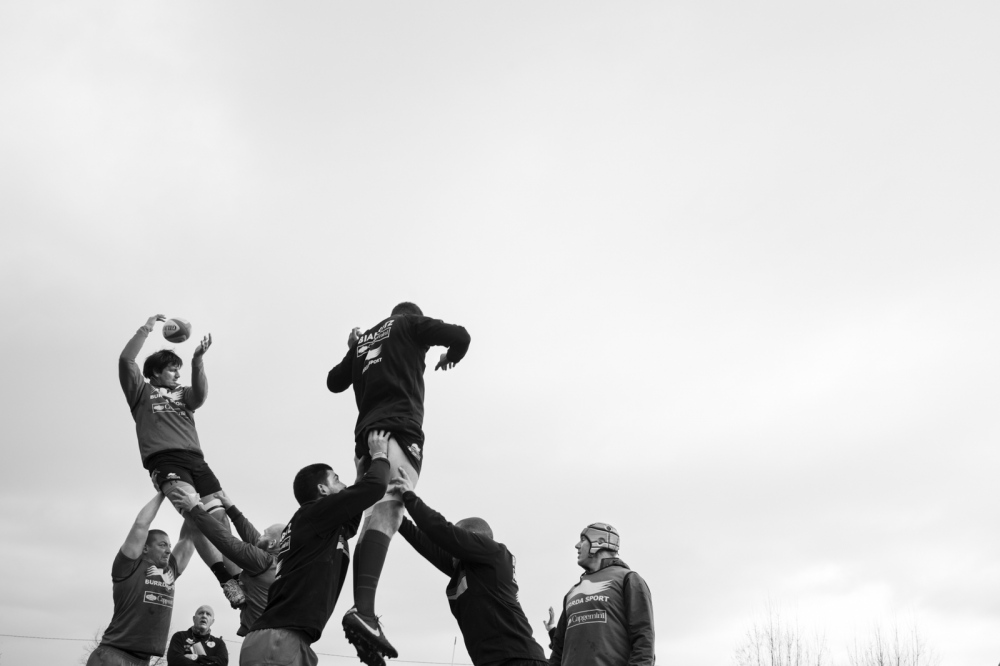 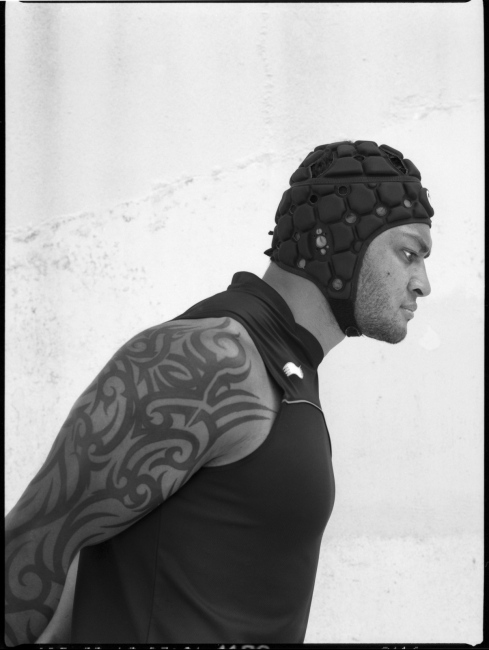 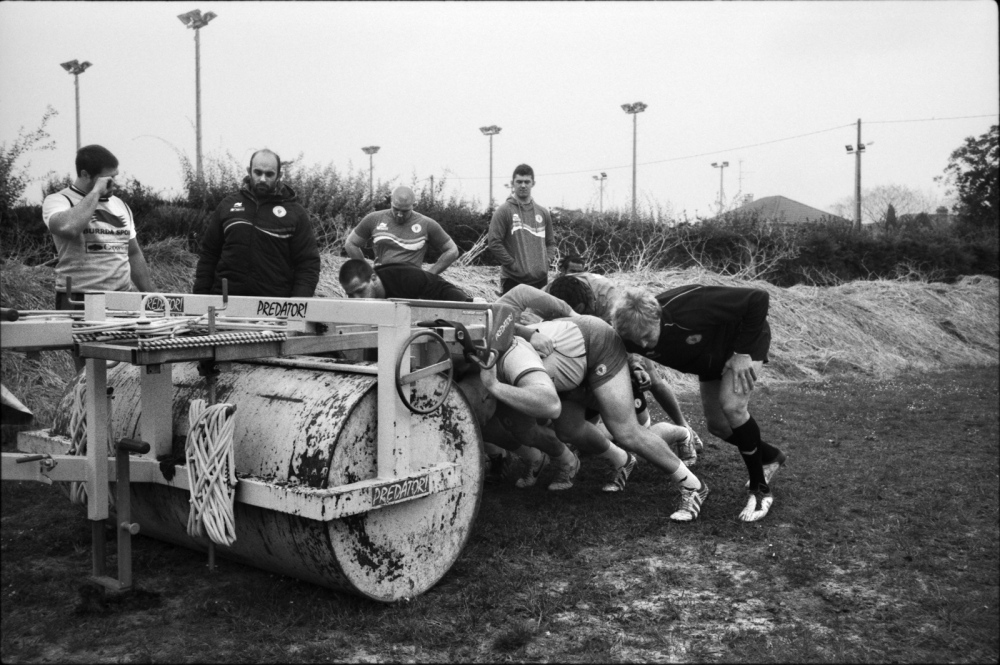 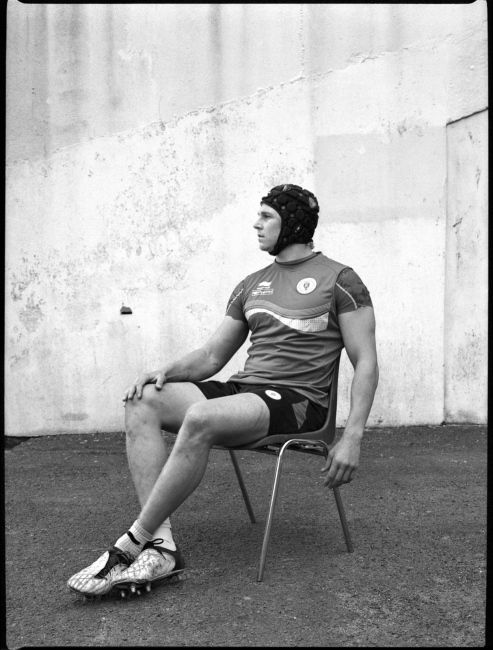 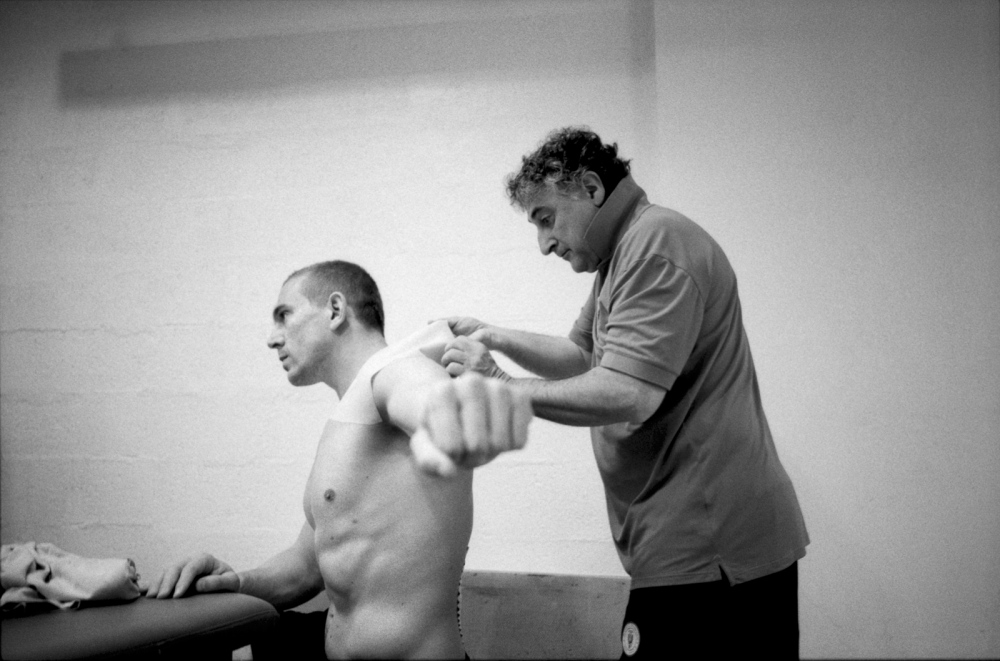 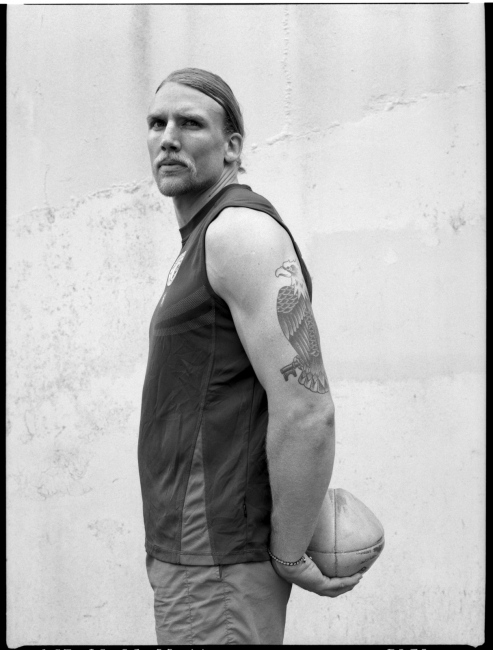 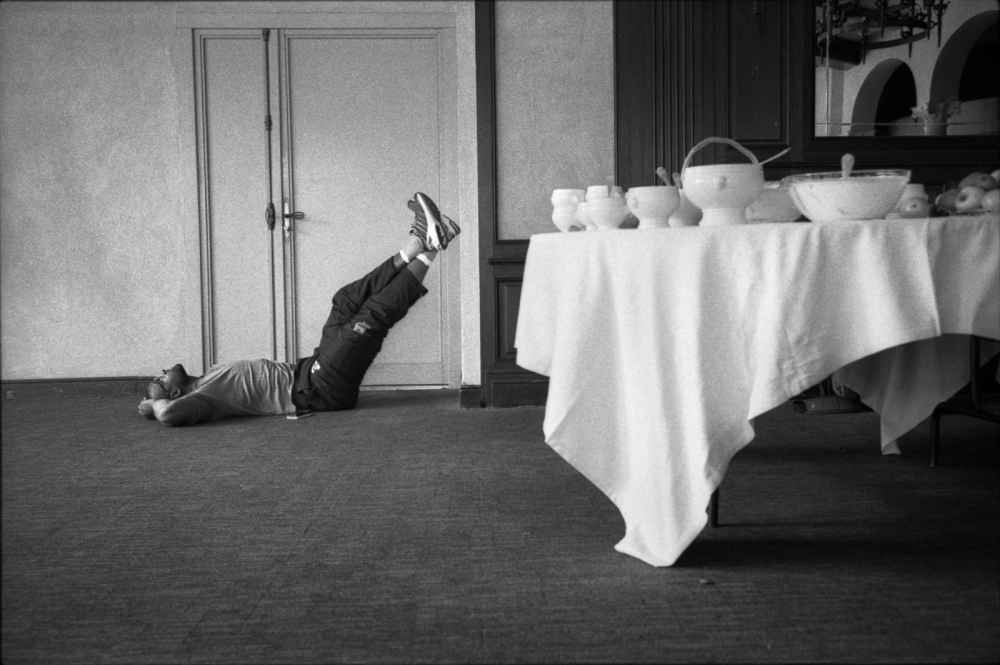 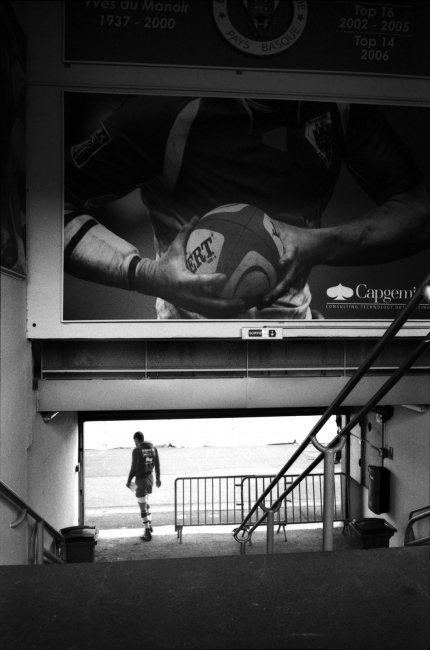 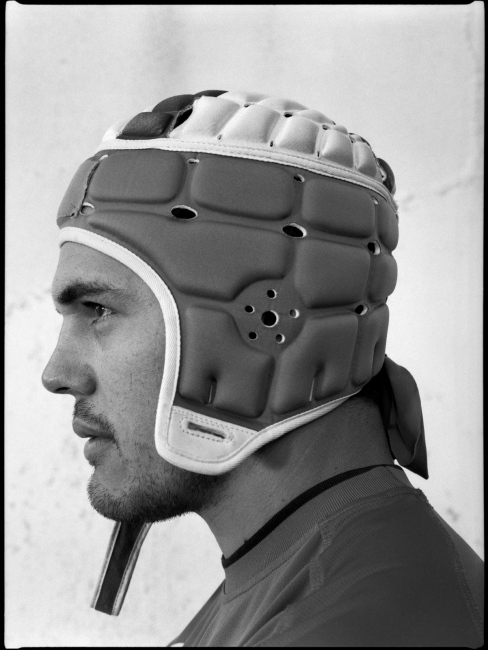 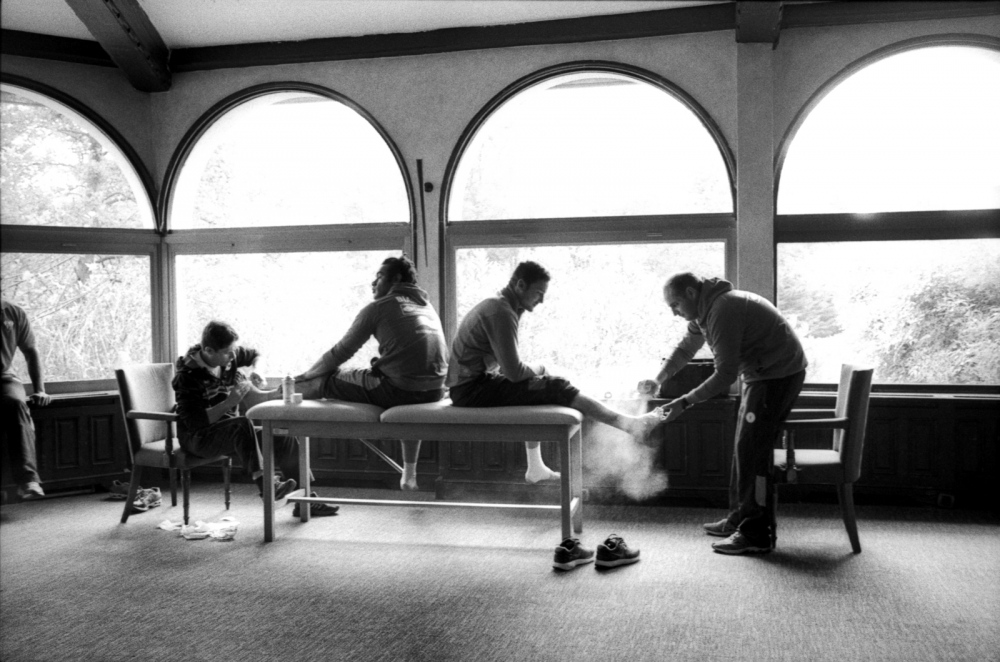 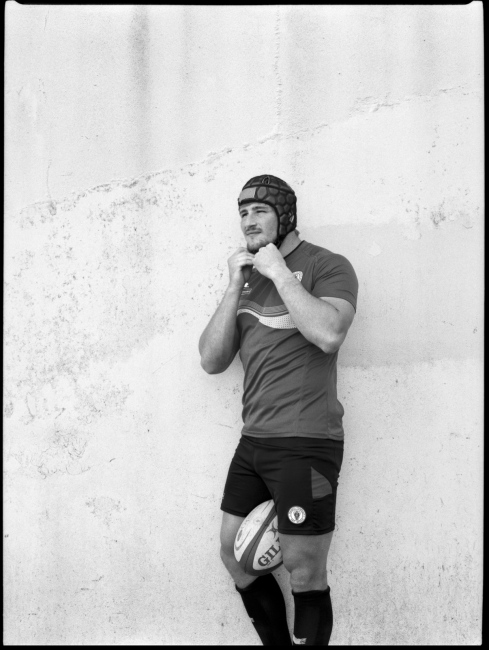 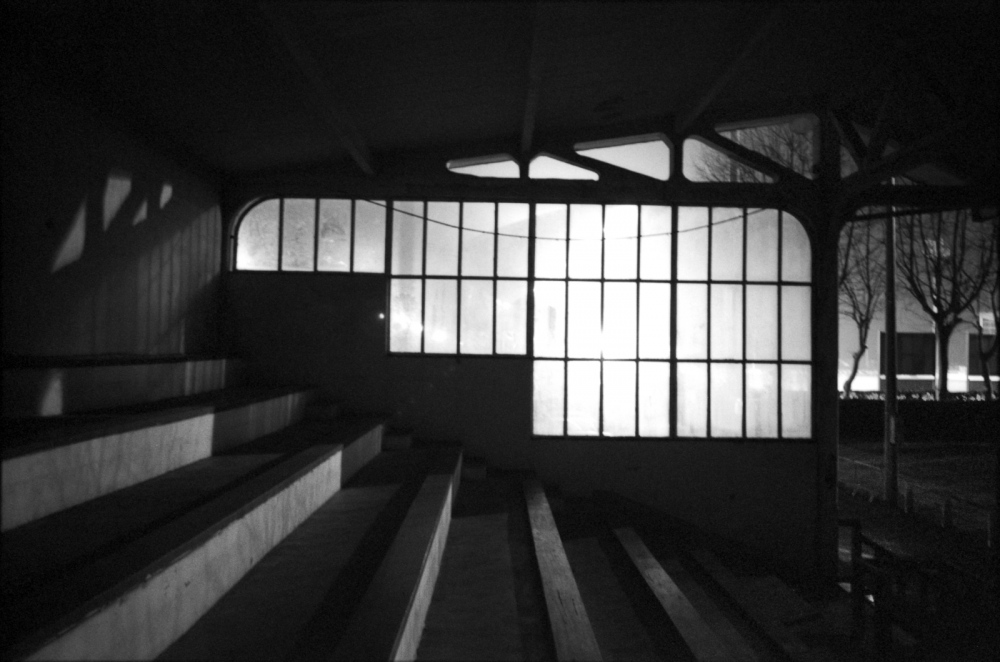 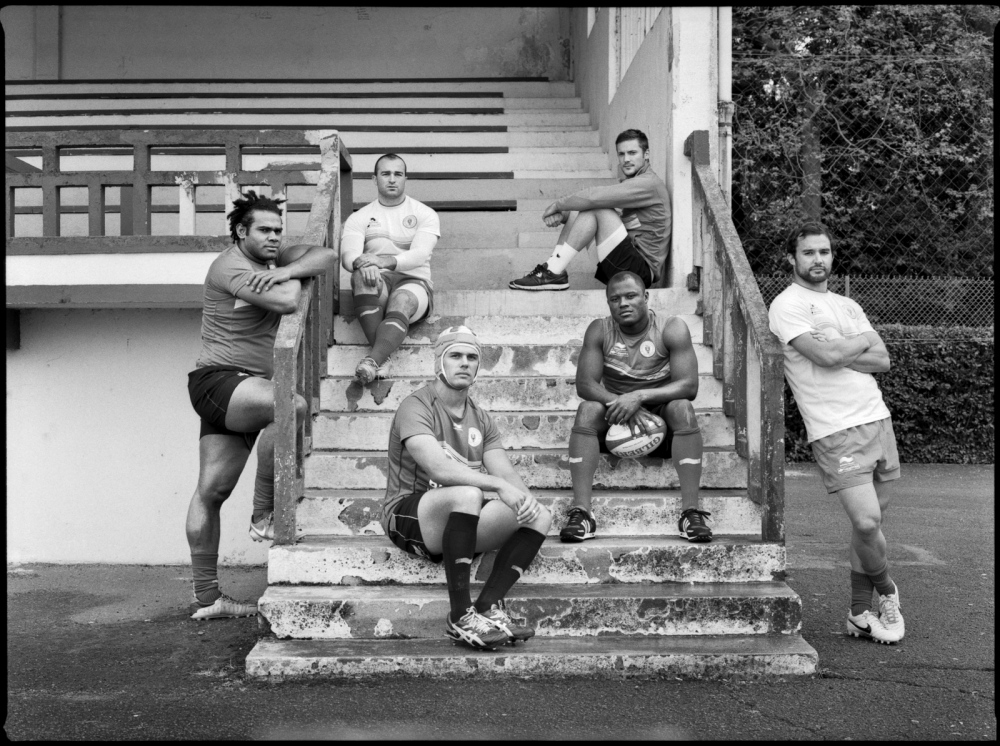 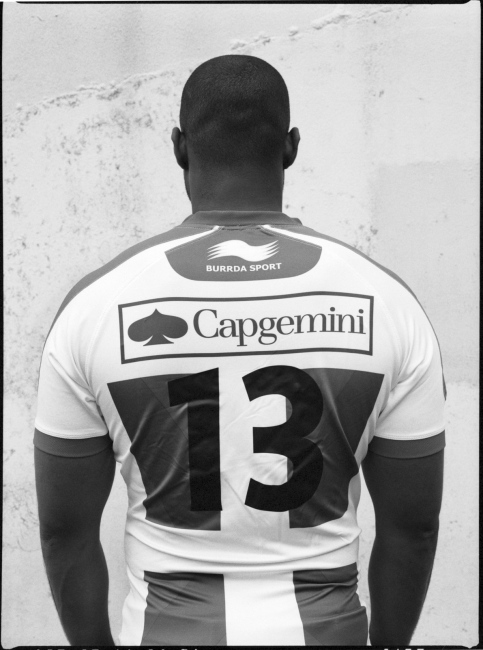 Also known as B.O. is the French rugby team in the Basque Country. Five-time champions and two time European Cup runners-up Biarritz were relegated from the French Top 14 on 2014 ending an 18-year stay in the elite division. I portrayed the family that has sticked together during the last semester of the season before splitting into other top European teams. The sport being referred to as not only a game but a family that transcends the storm.

The portraits during training show the human being behind the scenes and the action photographs point out the task that qualifies the individual within the group. The objective of rugby is getting the ball over the line to score a try. In order to do this there must be a unified mental state.

Being part of this family led me to document the last breaths of the golden team that stuck together up until the end of its era. B.O is now gathering a newly born squad to conquer the upcoming stage. Occupied by leaders as Erik Lund The Viking who is now leading the captain’s shoulders. His brother Magnus who left to The Sharks back in England. Raphaël Lakafia, who inherited the family ́s temple and now rejoins Stade Français in Paris or Ueleni Fono, who flew from Tonga using rugby as a passport. Overcoming the warrior inside a legendary team that is celebrating its 100 years at the Basque Country.

By Andrea Santolaya / Kenai Peninsula. Alaska — VIGILS OF FAITH In 1666 the Old Believers split from the Orthodox Church under patriarc Nikon and fled to..
Oct 12, 2019

By Andrea Santolaya / New York City — Where are the ladies of old? Easy, on the other side of the Harlem river, among the trees, where I have..
Apr 25, 2018

The honour of the wronged

By Andrea Santolaya / Spain — "El honor de las injurias " is the testimony of an obsession. The passionate search for an anarchist..
Apr 25, 2018

By Andrea Santolaya / San francisco de guayo — WHERE WATER RUMBLES Life inside the Delta has been articulated around water for centuries. Ever since the..
Apr 25, 2018

By Andrea Santolaya / Saint Petersbourg — THE MIKHAILOVSKY BALLET The starting point of this project starts with a quest within the representation of..
May 13, 2016