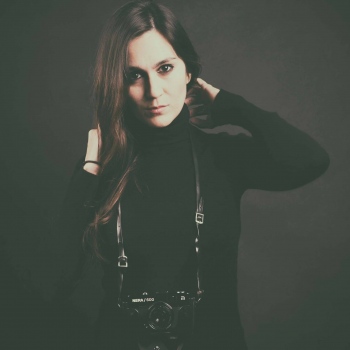 Ana Valiño is a spanish documentary photographer and visual storyteller. Law degree, specializing in cooperation and gender equality. She has worked in America, Europe and Africa, where her interest in gender issues led her to... read on
Location: Madrid, Spain
Focus: Photographer, Photography, Portraiture
Skills: Research
| www.anavalino.com
About

She has worked in America, Europe and Africa, where her interest in gender issues led her to carry out various works with women as the central axis. Her projects address identity construction, human rights, migration and discrimination.
She is interested in photography as a tool to re-construct history, documenting the struggles of women through time and how they have reconquered the spaces they inhabit.

Since 2015 she has been immersed in an anthropological-based photo and documentary project to rebuild collective memory with sahrawi refugee women in the refugee camps in Algeria.

Her photography wants to document and make visible forgotten or silenced realities, with an intimate and personal story that requires a deep involvement with the subjects portrayed.

She is part of the photograp.her collective. photograp.her is a collective formed with a female photographers from different countries, united by the desire to tell stories on issues related to gender, migration, collective memory and the defense of human rights.

2015 "Building our reality", organized by the Ministry of Education, Culture and Sports and directed by Juan Manuel Castro Prieto and Chema Conesa. Madrid

2021 I Contest of new creation and photo exhibition. Expositivos 21

2019. I Sahara Soundscapes International Meeting. Intersaberes from the south. University of Granada.

2017. 'I International Seminar on history and image of women' Complutense University of Madrid.

2015. 'Women, the heartbeat of the Sahara' Faculty of Geography and History of the Complutense University of Marid.