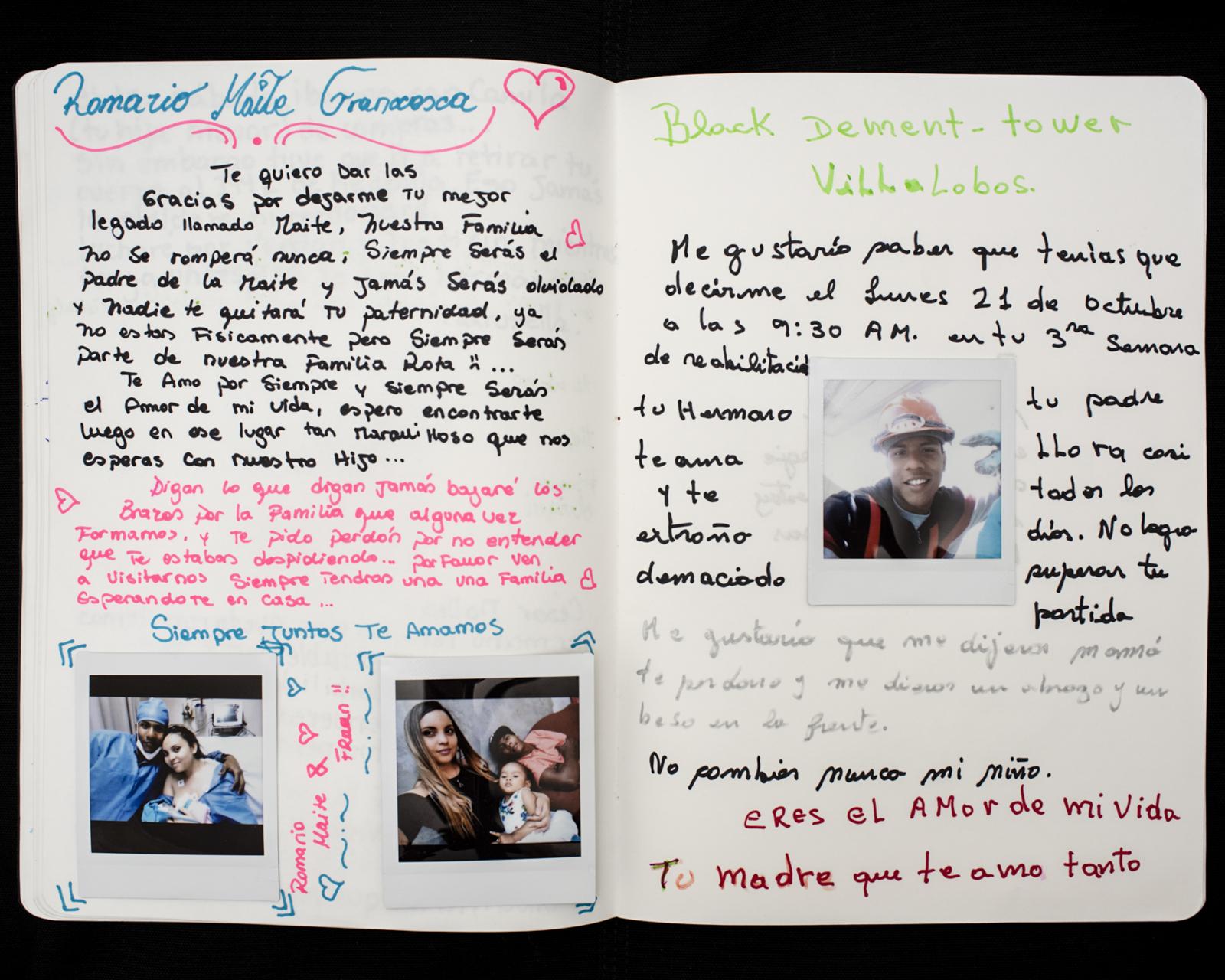 1 of 12 © 2021 Javier Alvarez
A family letter to the memory of Romario Veloz, and his site of death. Romario, an Afro-Latino father of one, was shot and killed by an army officer with an assault rifle on October 20, 2020. During the confrontation, protesters ran away while the army officer fired a burst of bullets, wounding two other people and killing Romario. 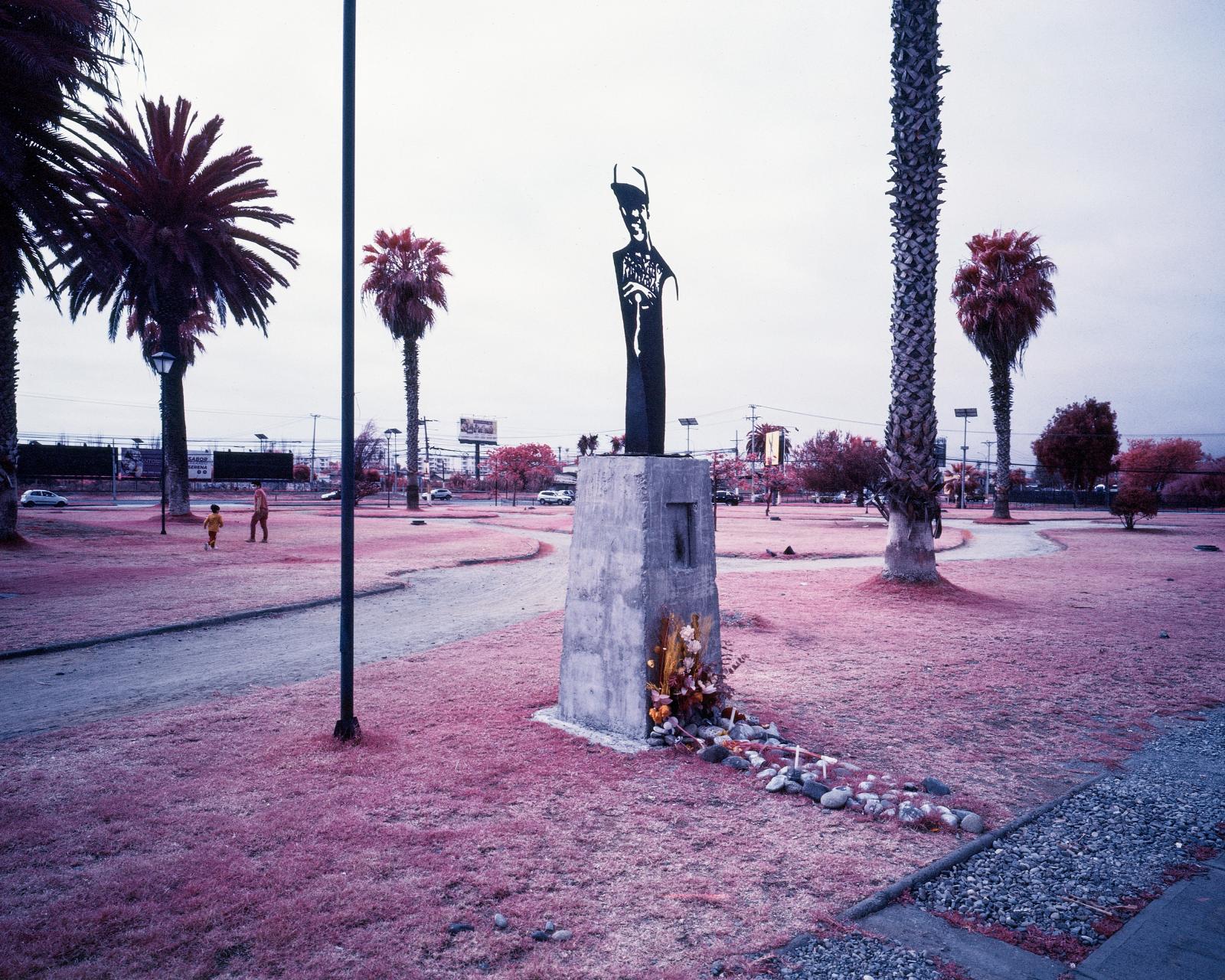 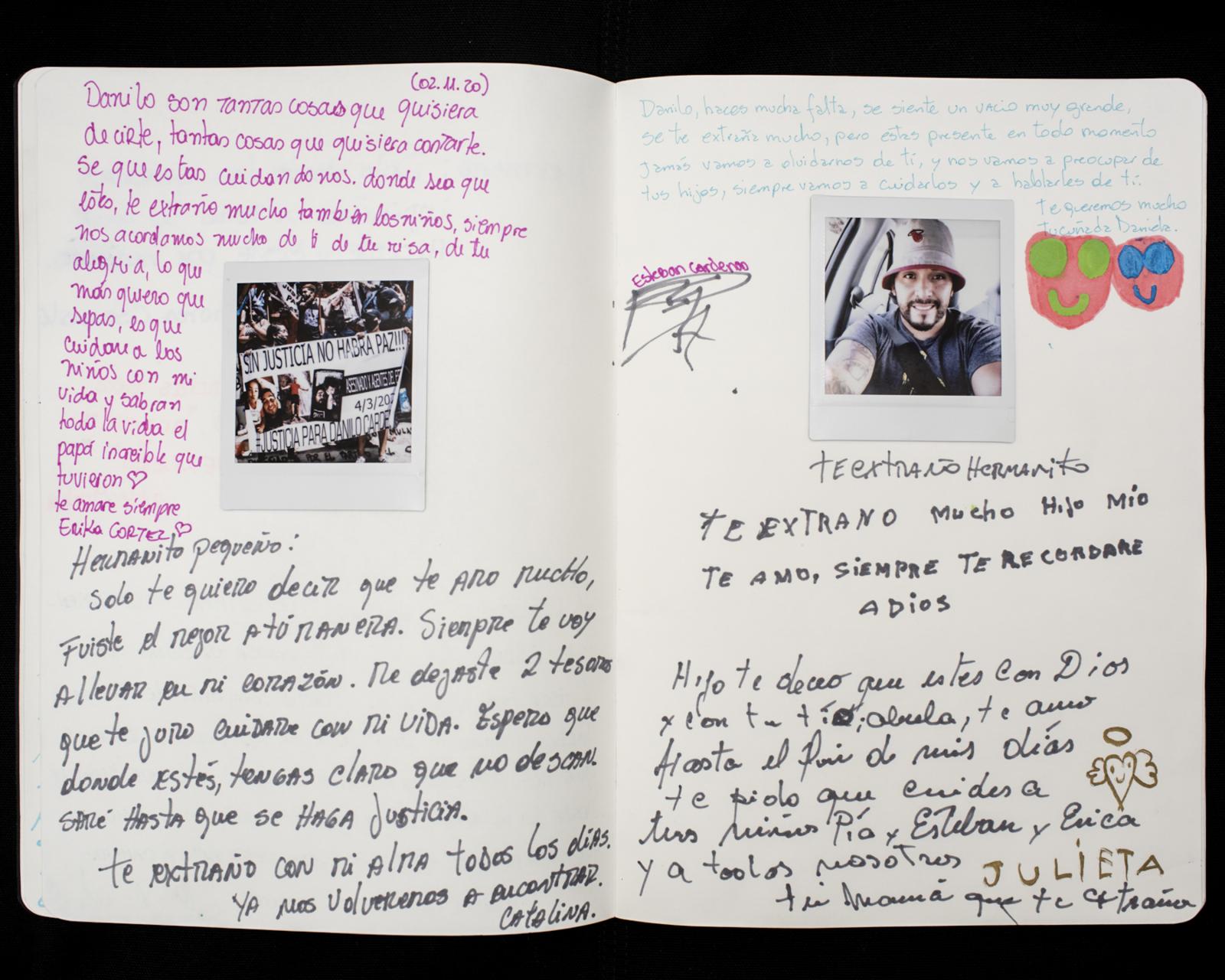 3 of 12 © 2021 Javier Alvarez
A family letter to the memory of Danilo Cárdenas, and his site of death. During the first days of the social uprising, the tollbooth was vandalized several times and served as a hotspot for confrontations between protesters and the police.

During the night of March 4, 2020, Danilo crashed his car into a police patrol car at the tollbooth. An ensuing argument ended with Danilo being shot and killed by the police. Later videos from witnesses show how after the crash, cops put handcuffs on Danilo, and while he was on the ground begging for his life, one fired his gun at him. 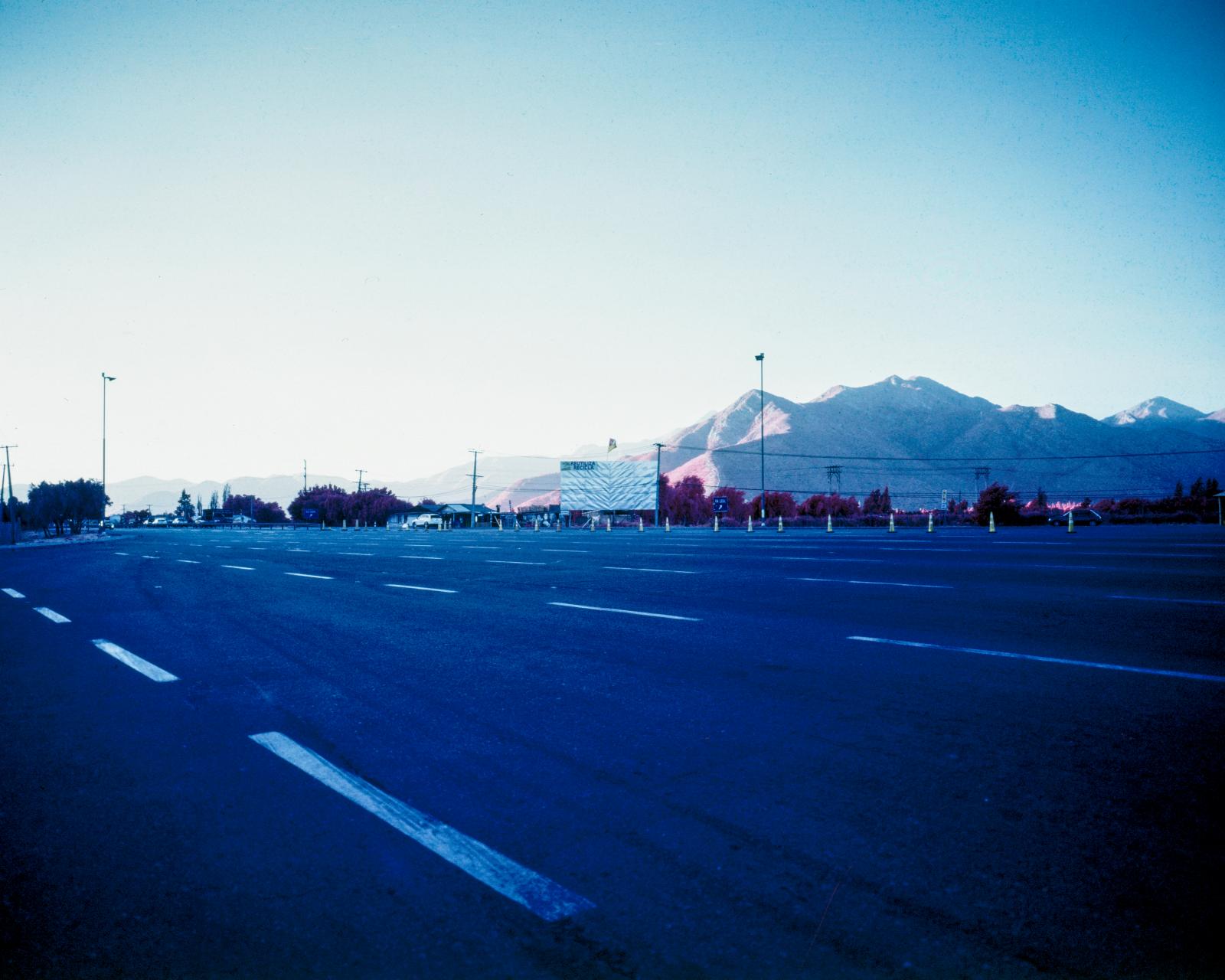 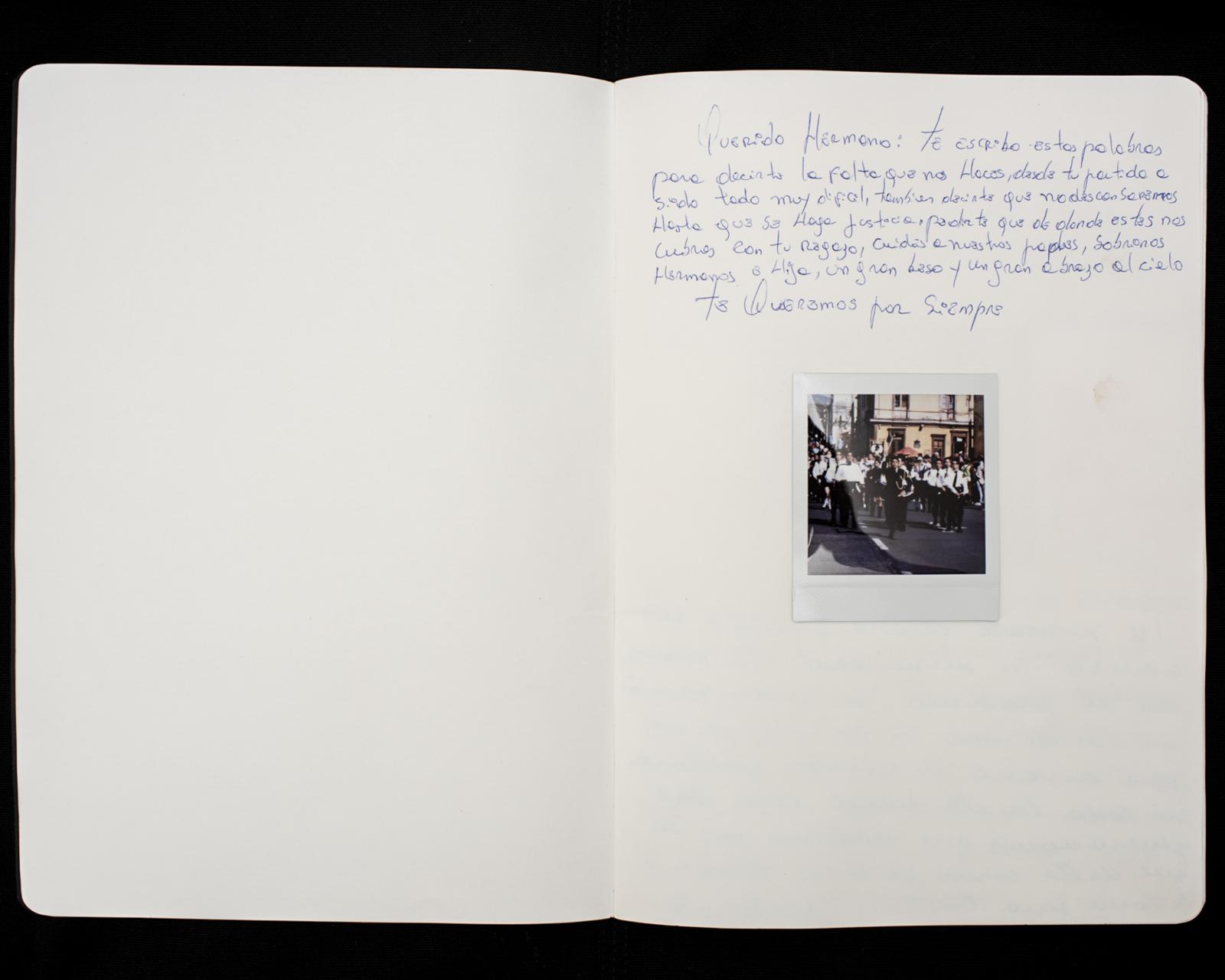 5 of 12 © 2021 Javier Alvarez
A family letter to the memory of Kevin Gómez, and his site of death. Kevin, a 24-year-old student, was shot and killed by a member of the military forces deployed during a state of emergency on the first week of riots and lootings in the region of Coquimbo, in the north of Chile.

Kevin was shot in the back with his hands in the air when the military assumed he was looting a strip mall with other protesters. The investigation is still ongoing after a year. 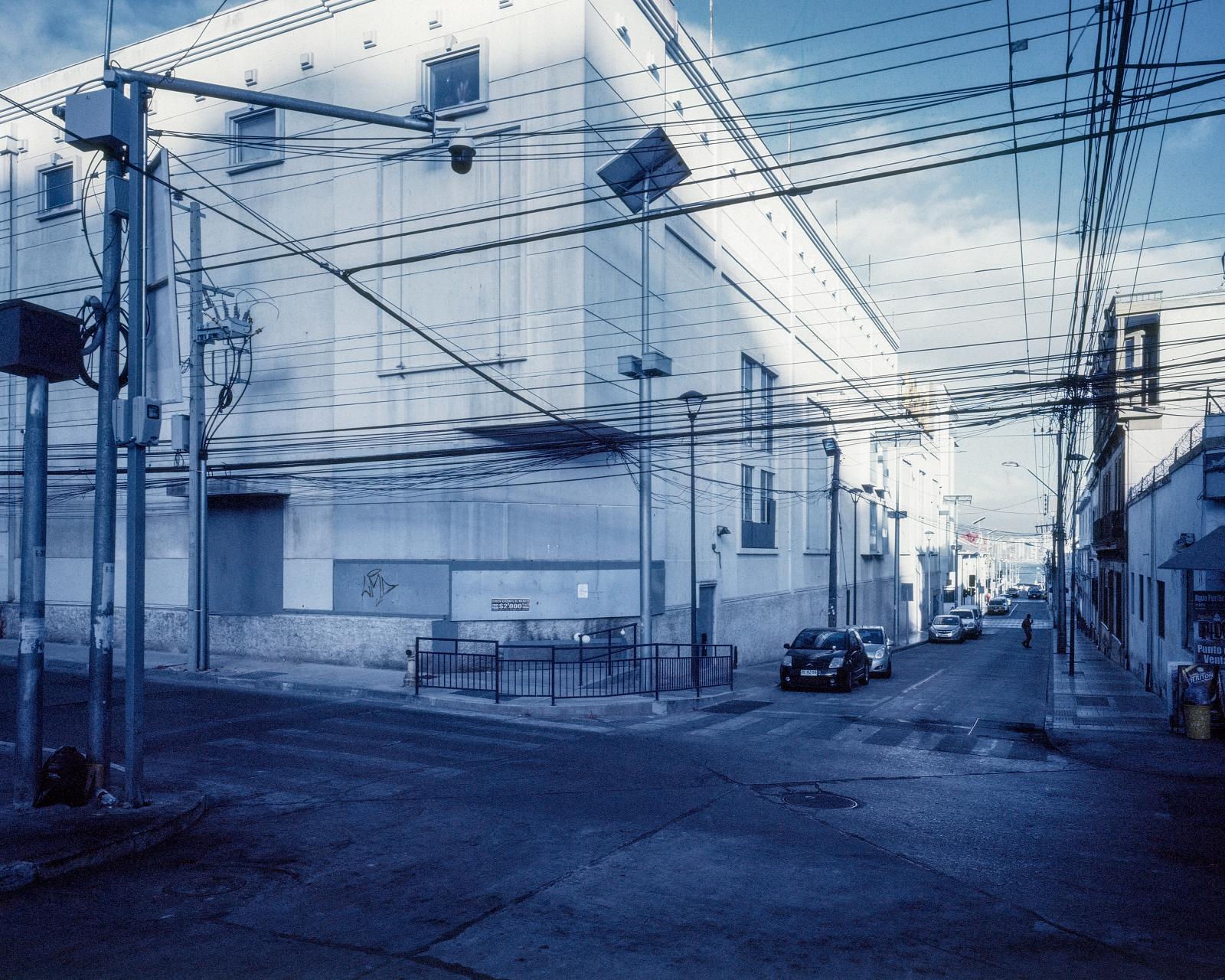 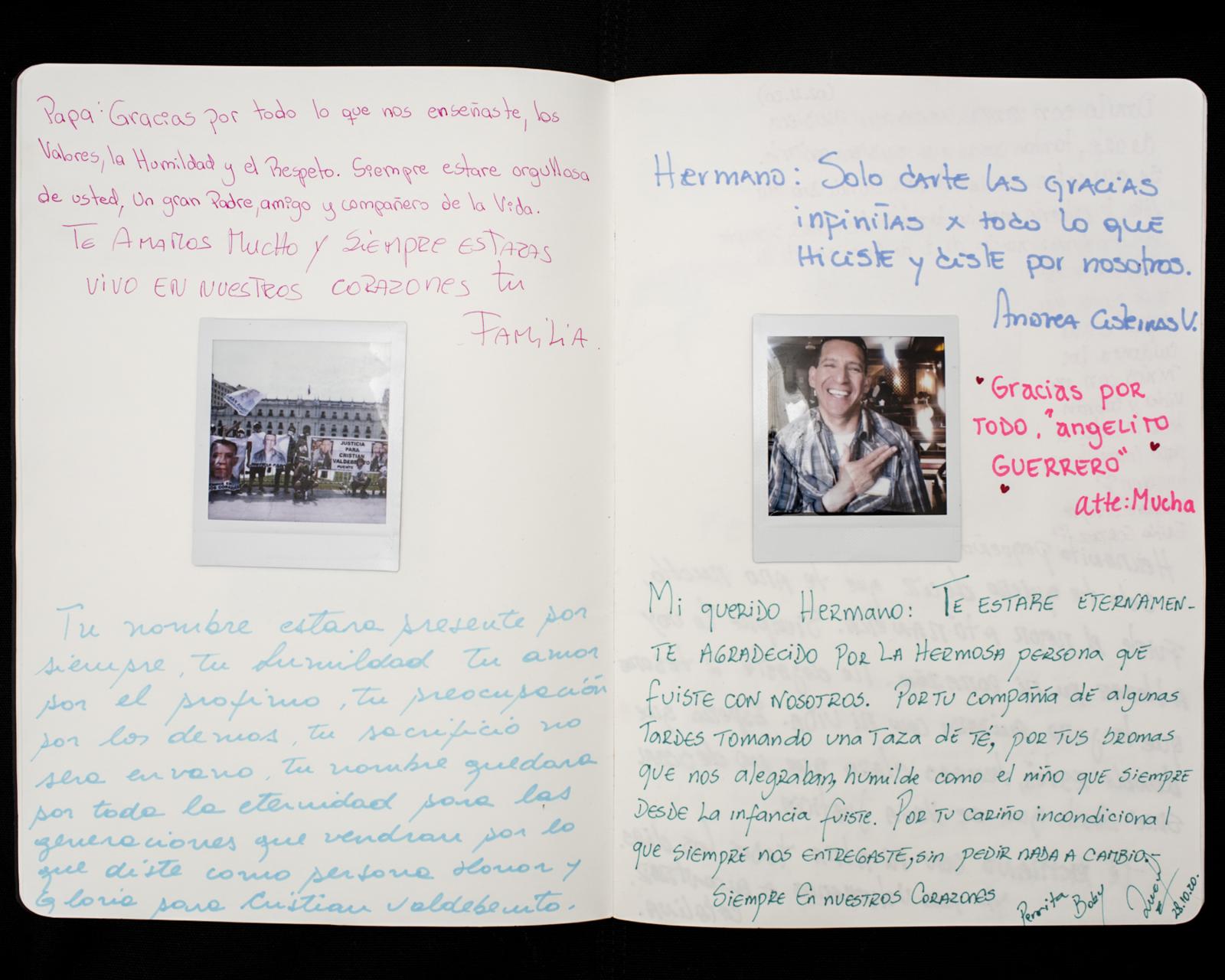 7 of 12 © 2021 Javier Alvarez
A family letter to the memory of Cristian Valdebenito, and his site of death. Cristian was hit by a tear gas canister in the head, shot by the police during a protest. 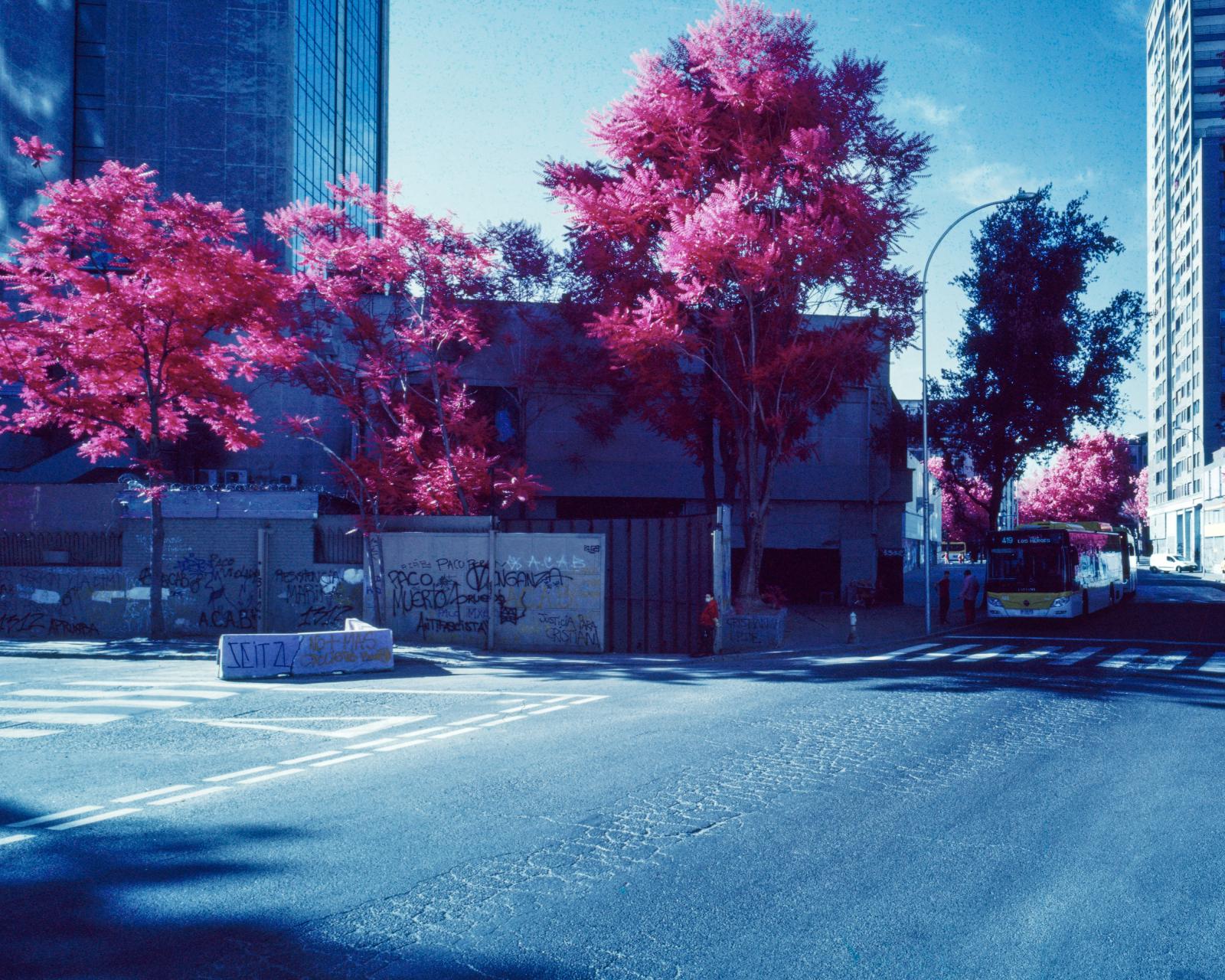 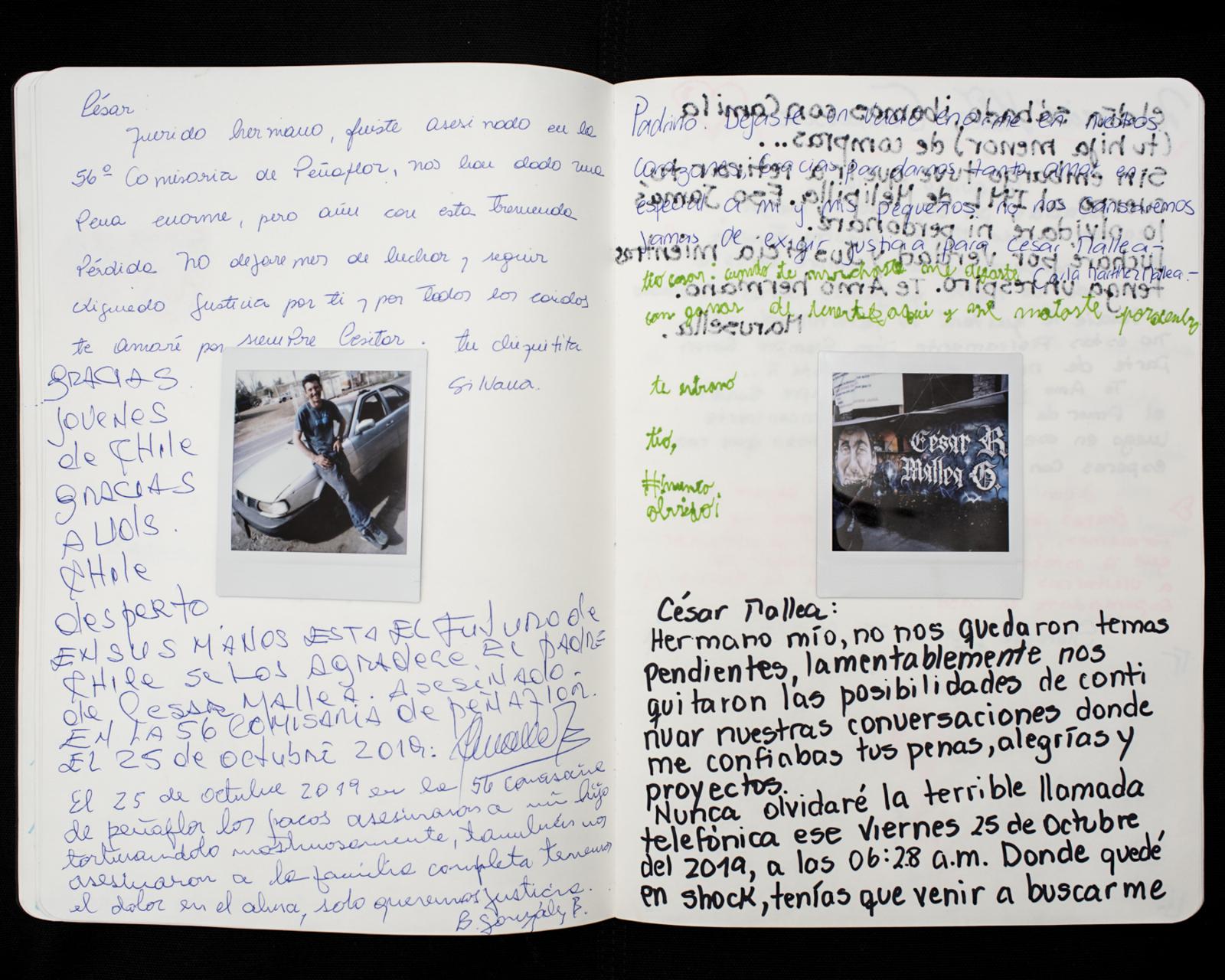 9 of 12 © 2021 Javier Alvarez
A family letter to the memory of César Mallea, and his site of death, a police station in Peñaflor, Chile. César Mallea’s death took place on the night of October 25, 2019, when he was stopped during the first days of curfew while driving back home in his car. A few hours after he was detained and forced to spend the night at the station, cops found César’s body hanging in his cell by a piece of blanket.

Further investigations revealed that the station’s security cameras had stopped working that night. After cops delivered Cesar’s body to his family, they found multiple bruises and wounds and believed that his death was beating and covered up as a suicide. 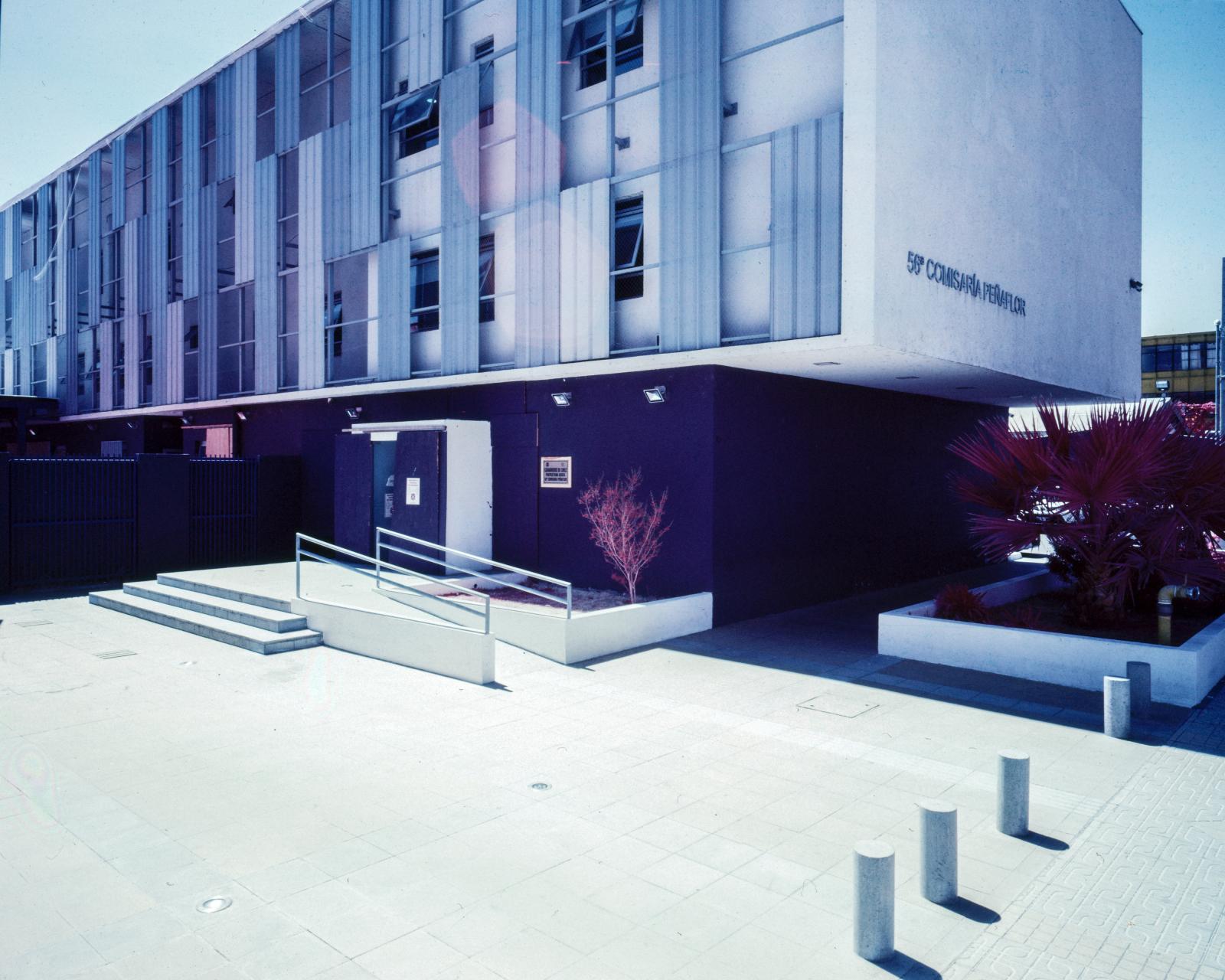 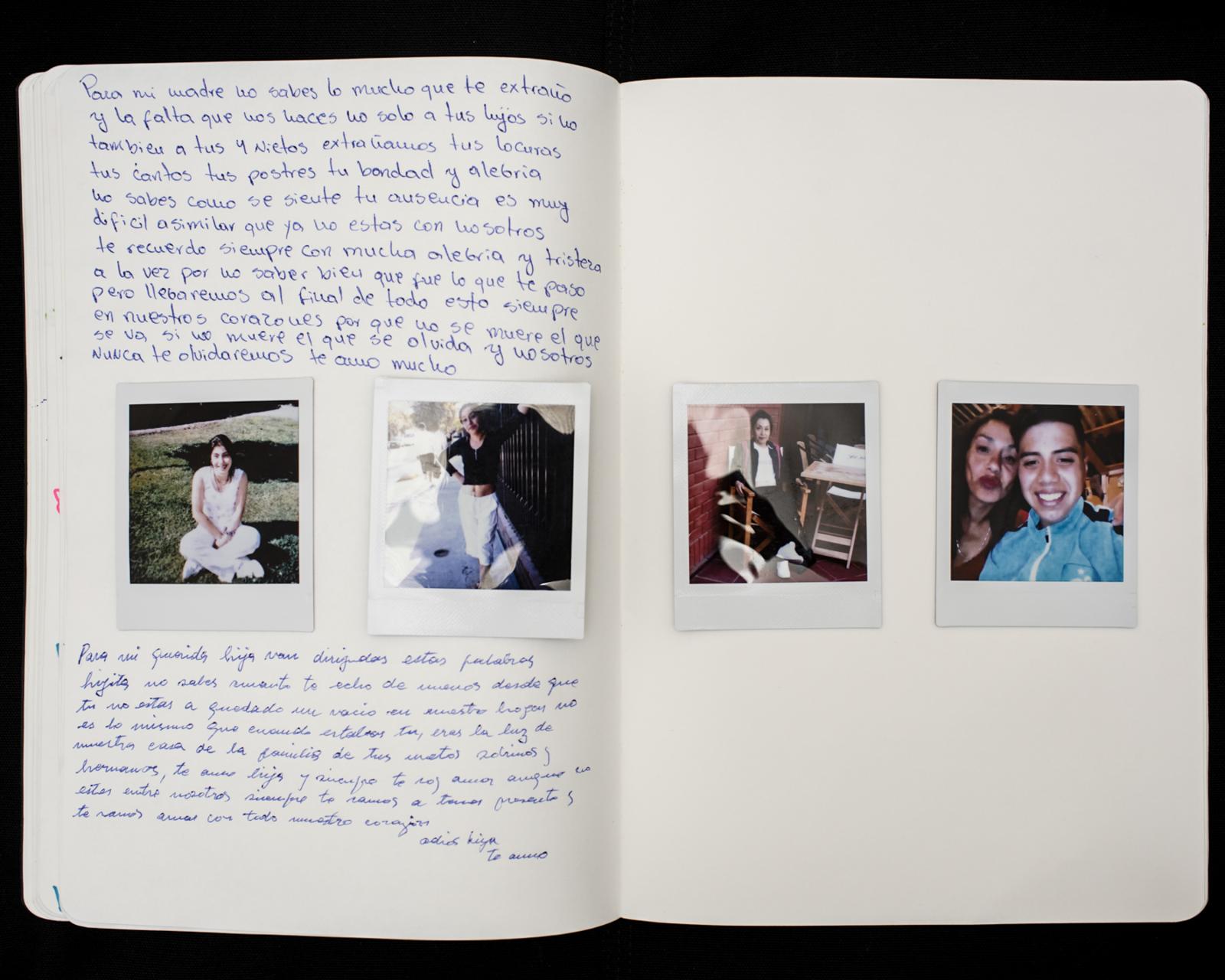 11 of 12 © 2021 Javier Alvarez
A family letter to the memory of Paula Lorca, and the site of her death. Paula was found dead inside of a looted supermarket on October 20, 2019. Paula’s case was one of the first deaths related to the protests. Like other bodies found inside looted factories or markets, Paula’s autopsy revealed marks of prior torture and fractures. 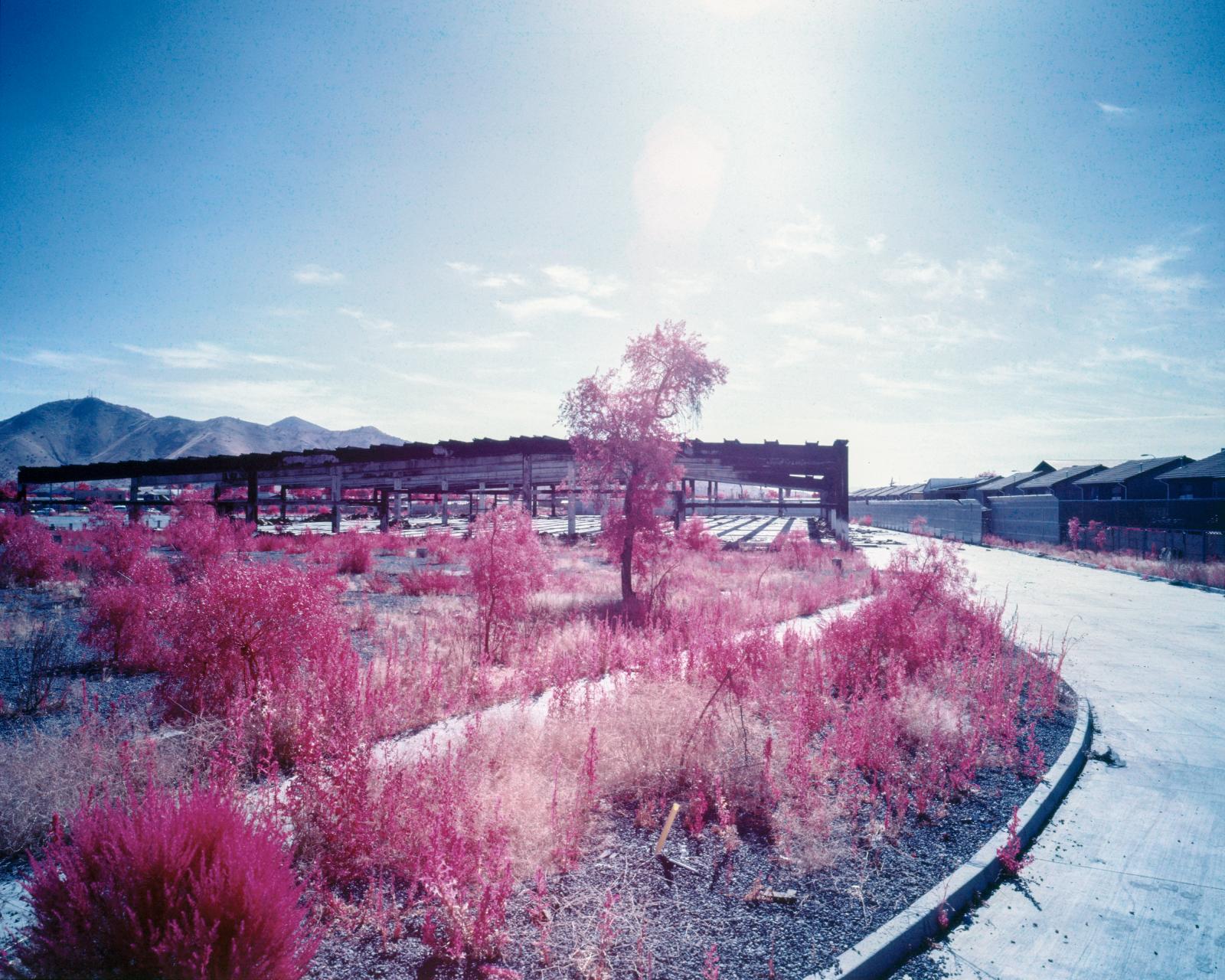 12 of 12 © 2021 Javier Alvarez
Public Story
PAISAJE INVISIBLE: Letters to the landscape.
Credits: javier alvarez
Updated: 03/03/21
Location: SANTIAGO
Archived as:  Documentary, Mixed Medium, Photography, Portraiture, Spotlight
October 18th, 2019 is the day that marks the beginning of one of the bloodiest eras in Chile since the return of democracy in 1990.

A seemingly small act of raising the subway fare was instead a symbol of the violence of Chile's social inequality. It brought millions to the street in protest, leaving looted cities, destroyed infrastructure, and 42 people dead during the first six months of manifestations. Lives taken as victims of police brutality, stray bullets, accidents, or fires, left families fractured but also forever changed the landscape of an entire country.

On Paisajes Invisibles, photography - and the photographer - came late to register the exact location of these tragedies, contemplating the inevitable passing of time through the light that we cannot see, and inviting us to reflect on how much memory a place can hold.

PAISAJE INVISIBLE: The fight for justice after the revolution.

By Javier Alvarez / brooklyn ny — Close to 1,000 people marched through Downtown Brooklyn on Friday night to protest police brutality and a..
Jan 4, 2021

By Javier Alvarez / new york — Assignment for Pedalea Magazine (CHILE), on the young activist Orlando Hamilton and his organized group that..
Aug 1, 2020

By Javier Alvarez / brooklyn ny — Demonstrations over multiple cities across the country in response to the death of George Floyd, by the..
Jun 1, 2020

By Javier Alvarez / Brazil, Sao Palo — During the ’90s, workers and proletarian social movements began to break into abandoned buildings in..
May 7, 2020

By Javier Alvarez / Colfax Avenue, Denver — A daily life series that explores the cultural identity of the longest street in the United States. Among..
May 6, 2020

By Javier Alvarez / brooklyn ny — A selection of portraits from collaborations, assignments, or encounters.
Apr 30, 2020

By Javier Alvarez / Morocco — The following portrait series serves as a connection in between a group of Sub Saharan teenage immigrants..
Apr 11, 2020

By Javier Alvarez / Sao Paulo — A journal from my multiple travels and stays at the 'Marconi' squat, an abandoned building that..
Mar 8, 2020

By Javier Alvarez / istanbul — A visual journal about how my partner and I fall in love, on a train trip from Istanbul to Warsaw in..
Jul 13, 2019