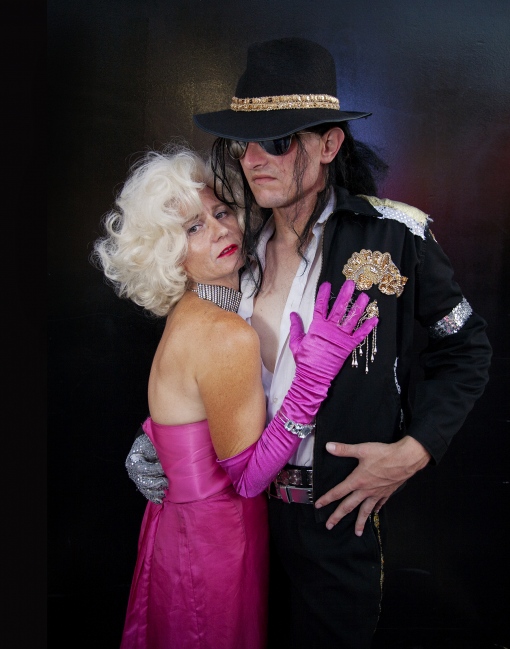 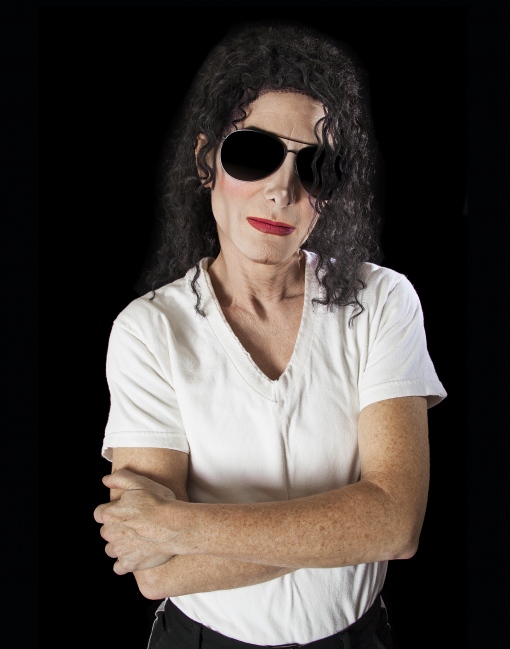 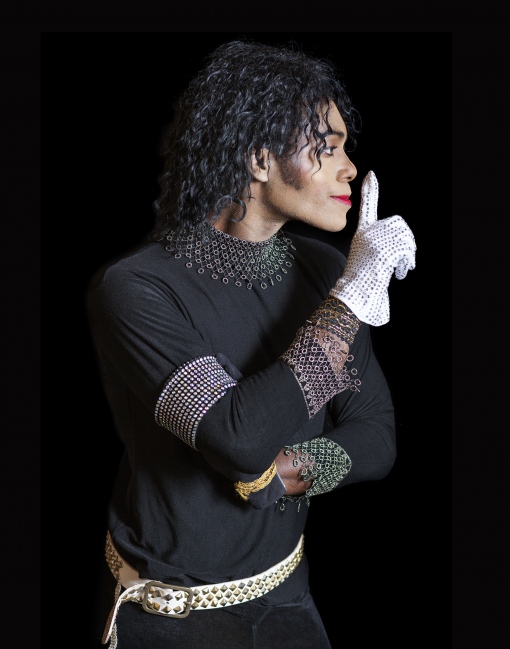 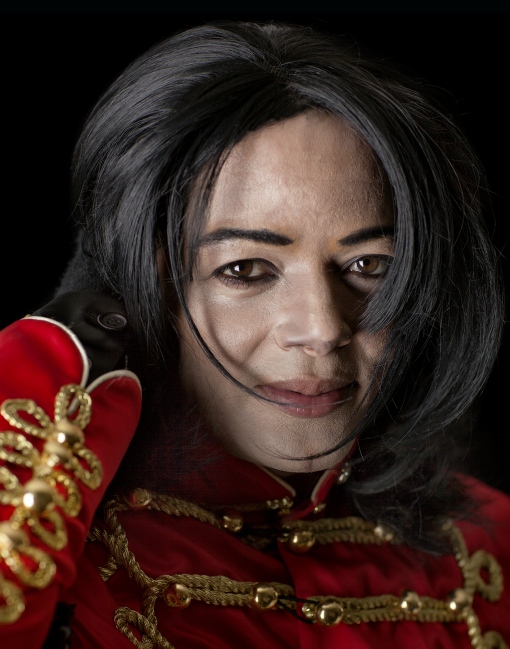 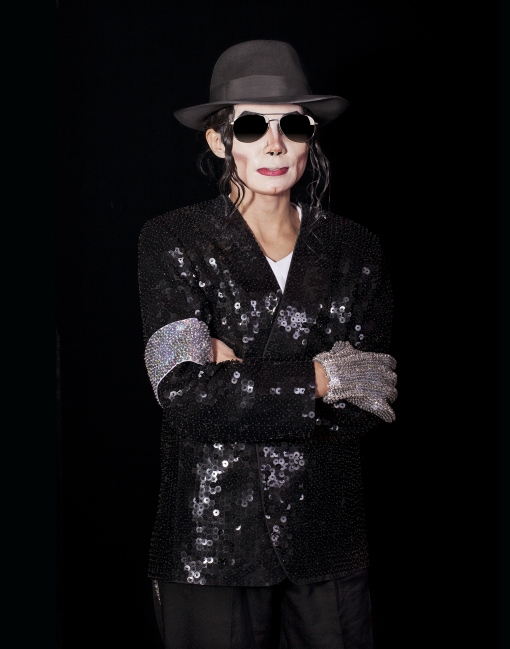 The Michael Jacksons is an ethnographic photography project in which more than 35 professional Michael Jackson tribute artists and impersonators from the United States were photographed as their representation of Jackson.  The objective of the project has been to identify the space in which the performers were both themselves and their representation as a way of exploring how people create a hybridized identity informed by popular culture.

In August of 2014, The Michael Jacksons was published by Little Moth Press. The book contains descriptions of the subculture of Michael Jackson representation along with narratives of some of the performers as they dance and sing in the backyards and stages of small towns and big cities around the US. Woven into the text is cultural analysis from Greg Tate, Michael Eric Dyson, and others that helps give context to Michael Jackson’s place within the culture and helps readers understand why the book’s subjects have chosen to represent him.

The Michael Jackons is available here.

By lorena turner — A Habit of Self Deceit is primarily a visual story about Lorena's absence from her parent's lives..
Jan 16, 2018