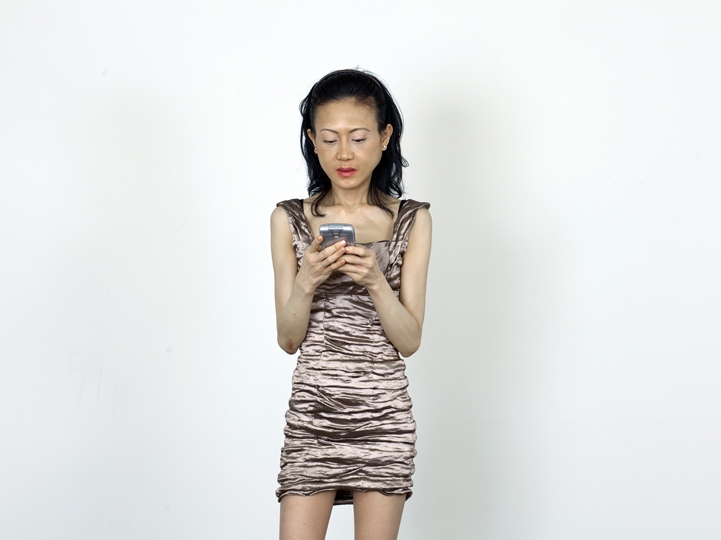 Today Venus conjuncts with Neptune. It's a good day for romance. 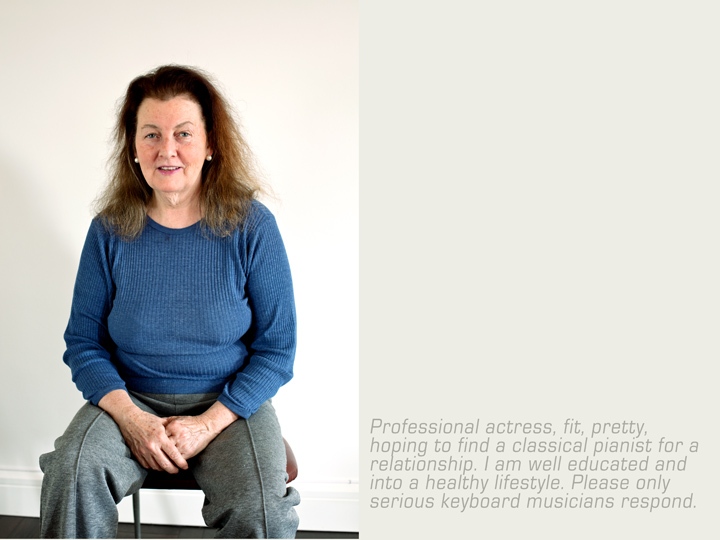 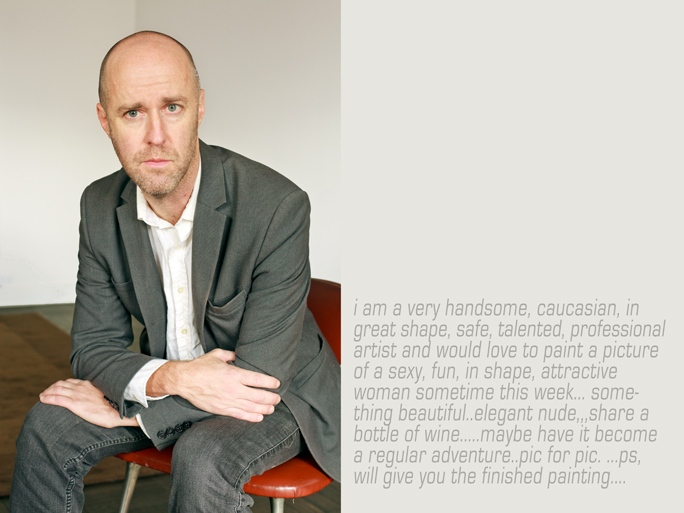 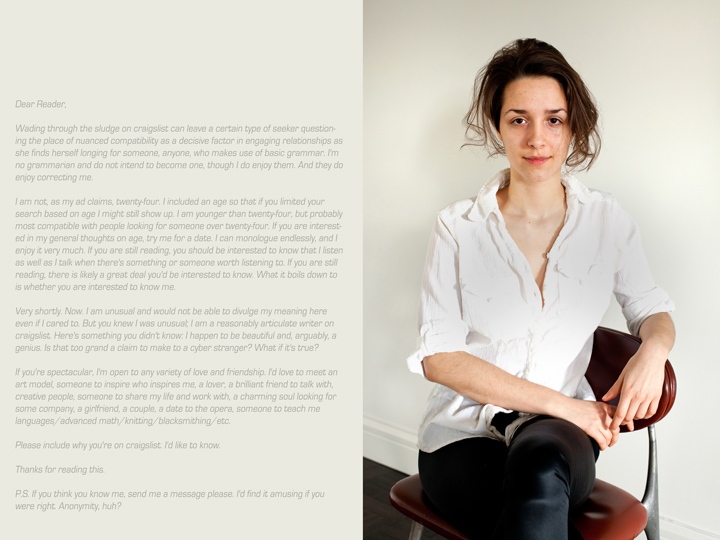 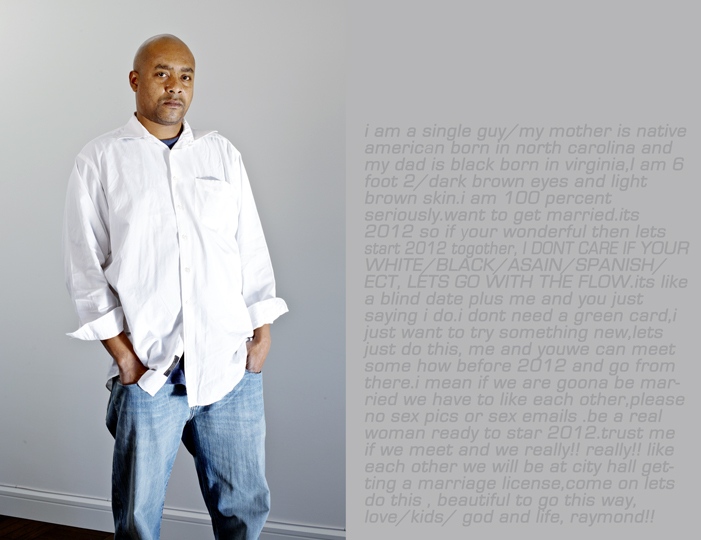 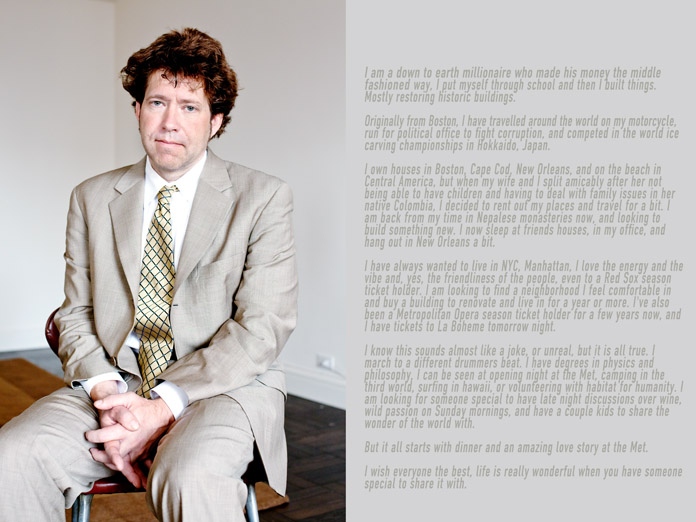 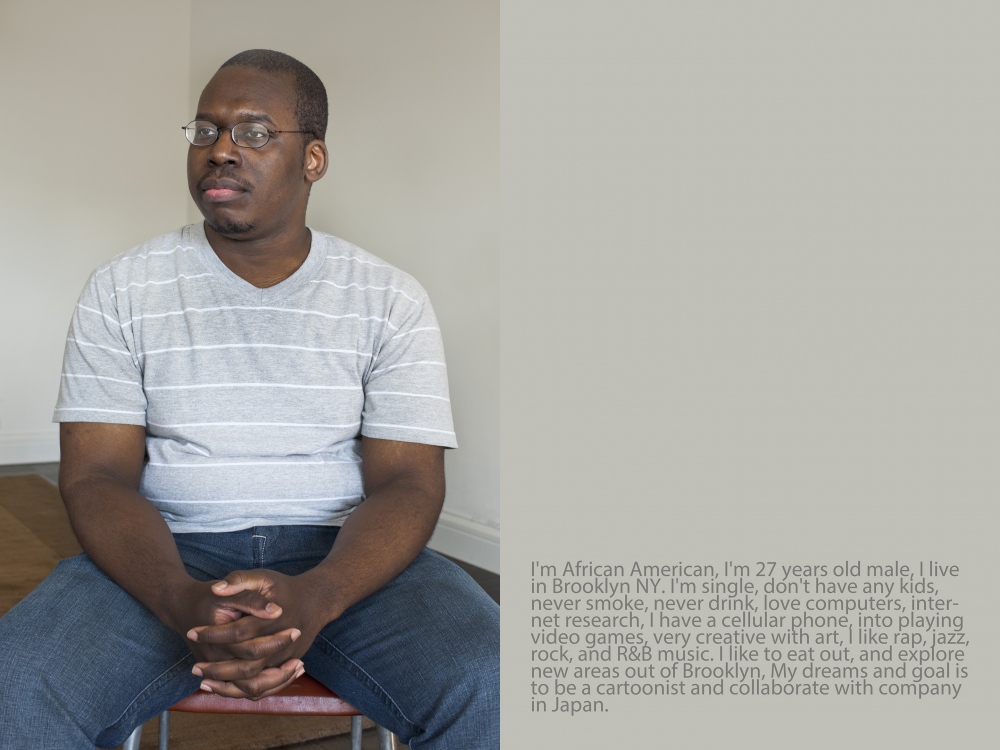 Public Story
Convince me I'd rather be with you.
Credits: lorena turner
Updated: 03/31/15
Archived as:  Documentary, Fine Art, Happiness, Love, Portraiture, Sexuality, Technology

How we present ourselves, or perform ourselves online has been the subject of discussion amongst sociologists since the dawn of Web 2.0 (the Internet used for social interactions/media) in the mid-late 2000s.  In creating Convince Me I'd Rather Be With You, my interest has been to find spaces where people perform aspects of themselves in public and place my camera there. The project, started in 2011, has involved contacting people who placed personals ads on Craigslist and asking to take their portraits. When they allowed me to do this, the text of their ad is placed with the portrait.

While it appears that this is nothing more than an attempt to create (or recreate) a traditional personal ad (photo and description of person with their desires and attributes), it’s really a visual study of how people can present or perform their sense of self for a public, yet undefined, audience. When the person who placed the ad has no control over the way the paired portrait looks, does this change the meaning of the text? Does it illuminate it? Or does something else entirely different happen?

By lorena turner — A Habit of Self Deceit is a conceptual telling of the history of my parents and my relationship with them. In the fall of 2016, my mother left the..
Jan 16, 2018

By lorena turner — "I believe in America." This is the phrase that opens the Godfather movies. It also is the perfect sentiment to describe how many Americans feel in..
Nov 18, 2016

By Lorena Turner — This is an ongoing visual story of my son, Asher, and three of his friends who are also brothers. They have known each other since the start of..
Jul 11, 2016

By lorena turner — The Michael Jacksons is an ethnographic photography project in which more than 35 professional Michael Jackson tribute artists and impersonators..
Nov 13, 2015

By Lorena Turner — It is not expected that as consumers we be concerned with the actual production of the items we purchase. In fact it makes us more effective..
Nov 13, 2015