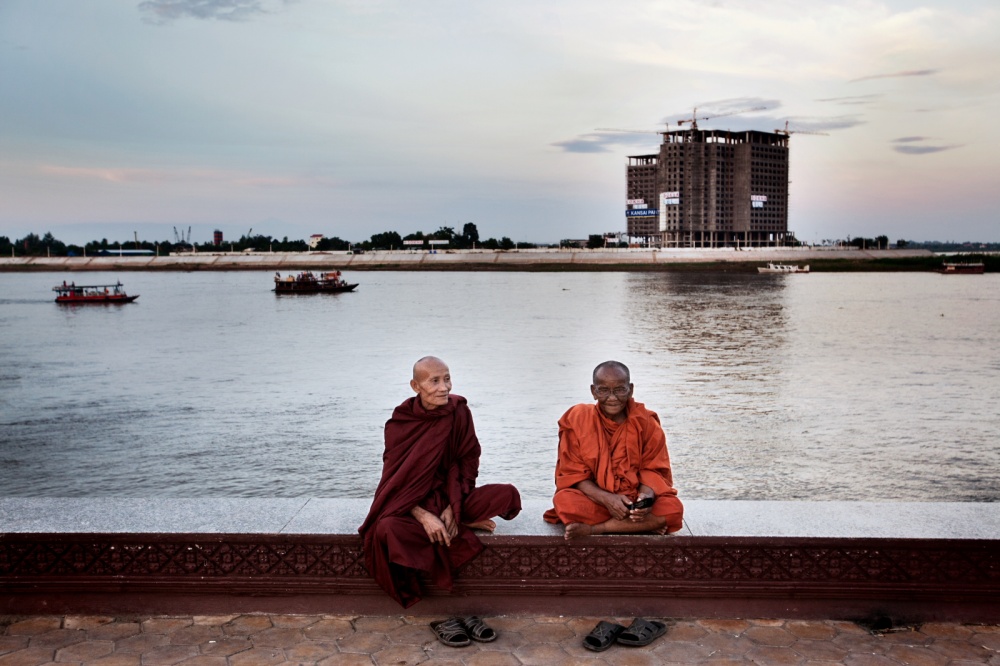 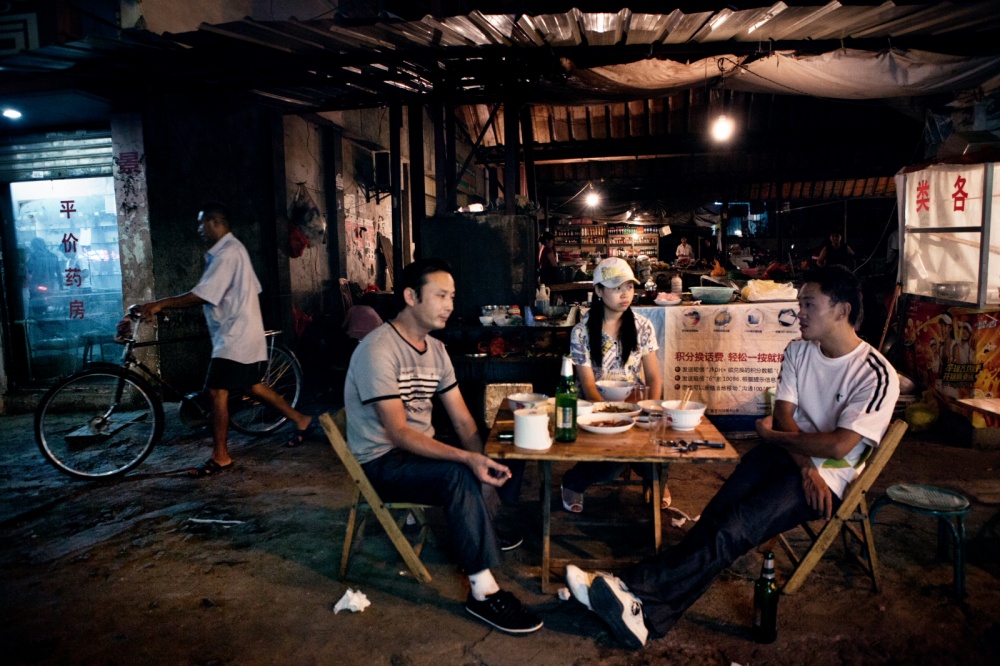 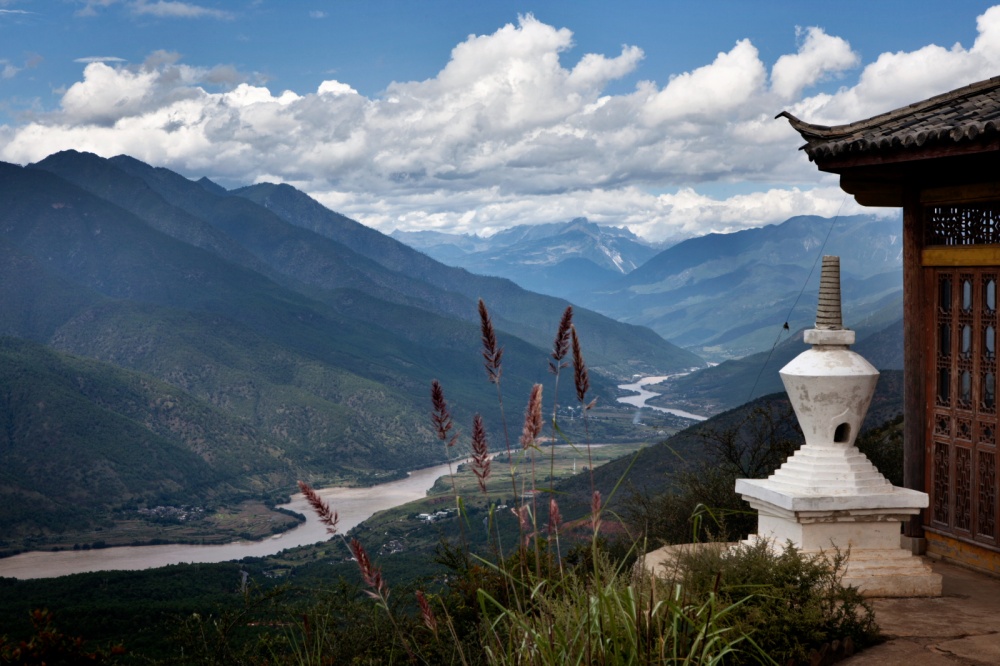 View of the Mekong from above, Yunnan, China. 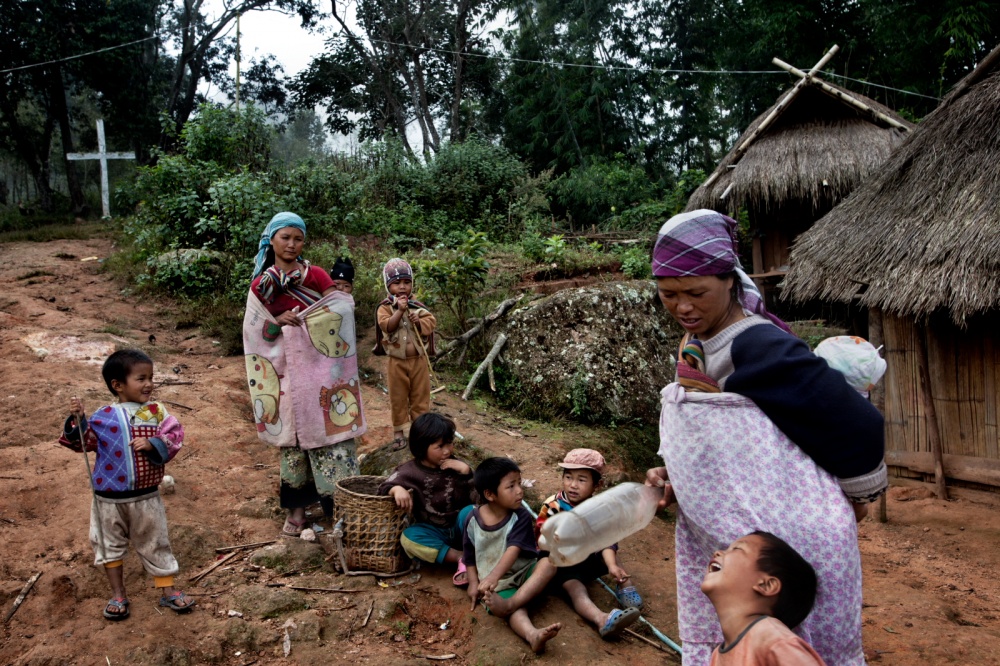 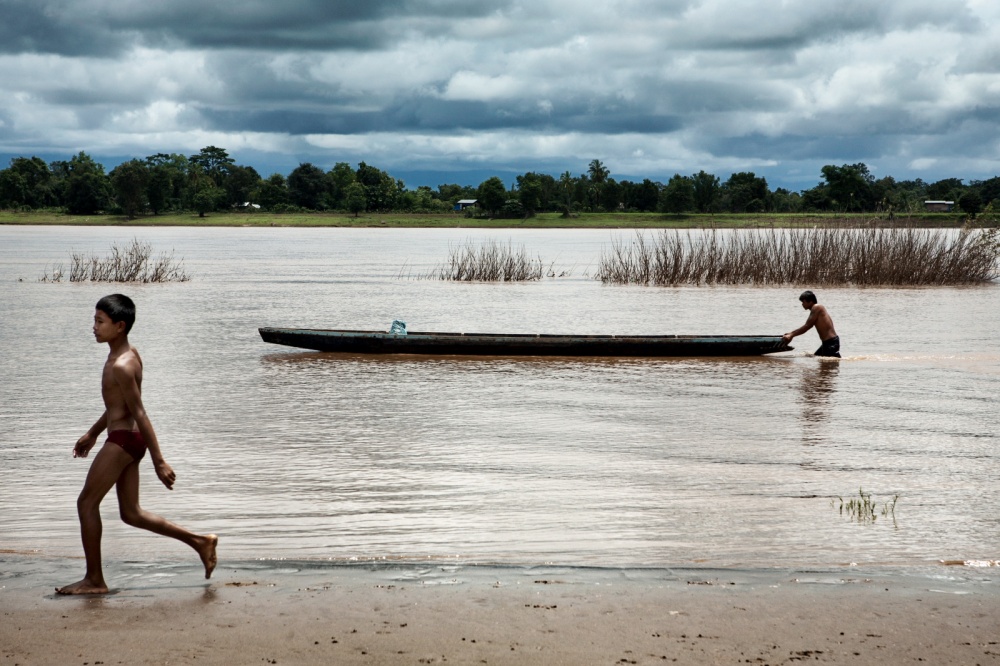 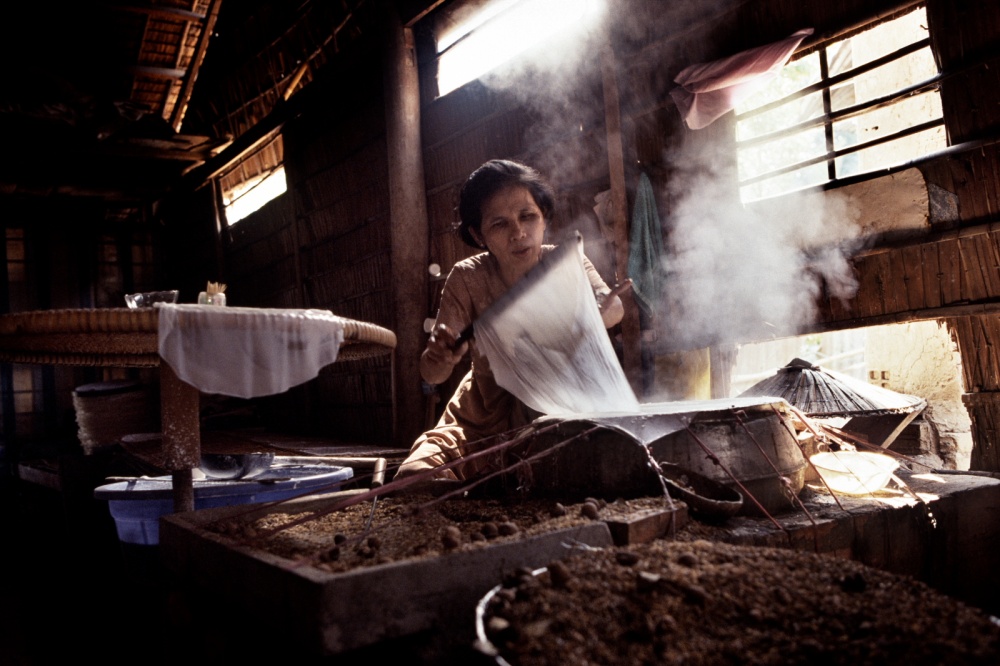 A woman is making rice paper in the Mekong Delta, Vietnam. 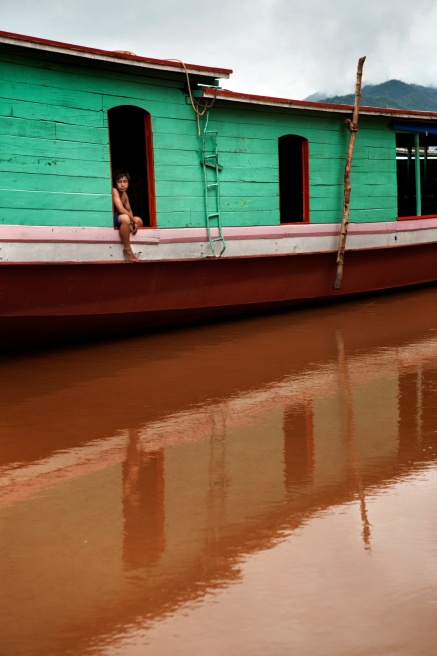 A boat on the Mekong River near Pak Beng, Laos. 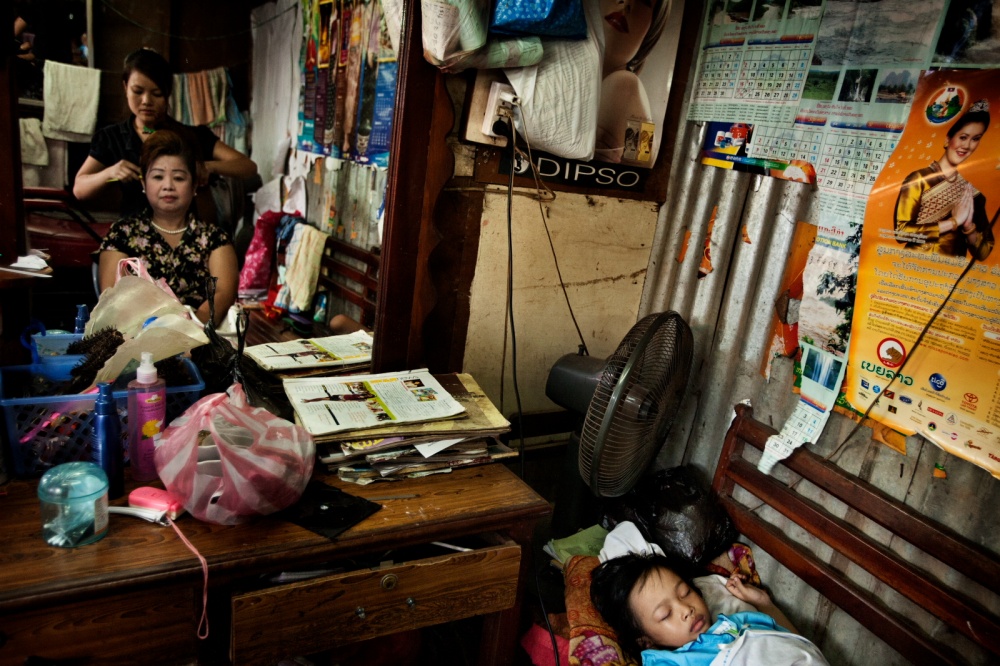 A hairdresser in Vientiane, Laos. 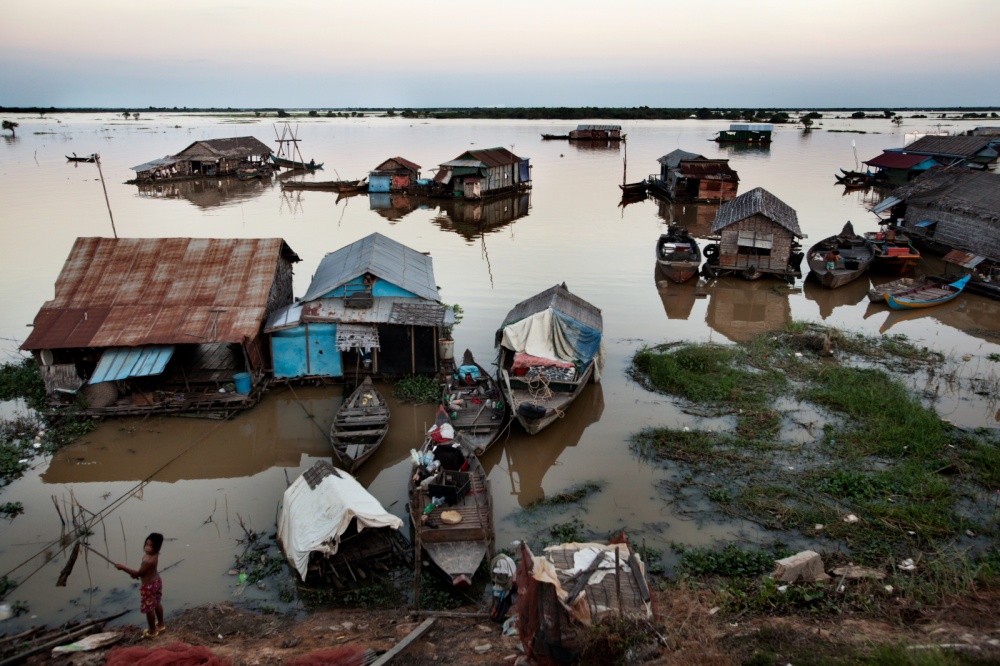 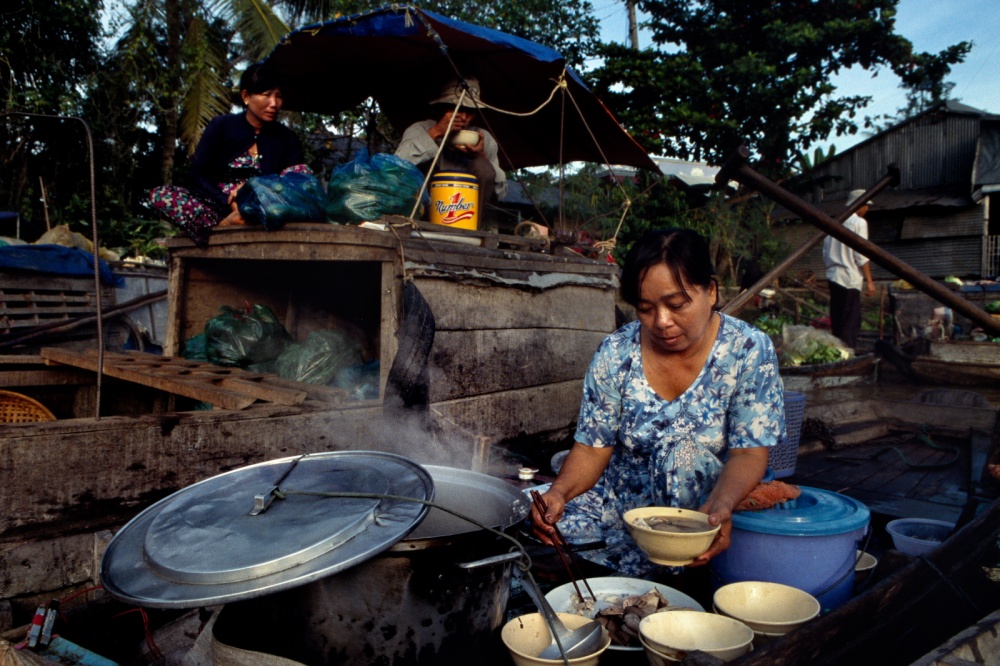 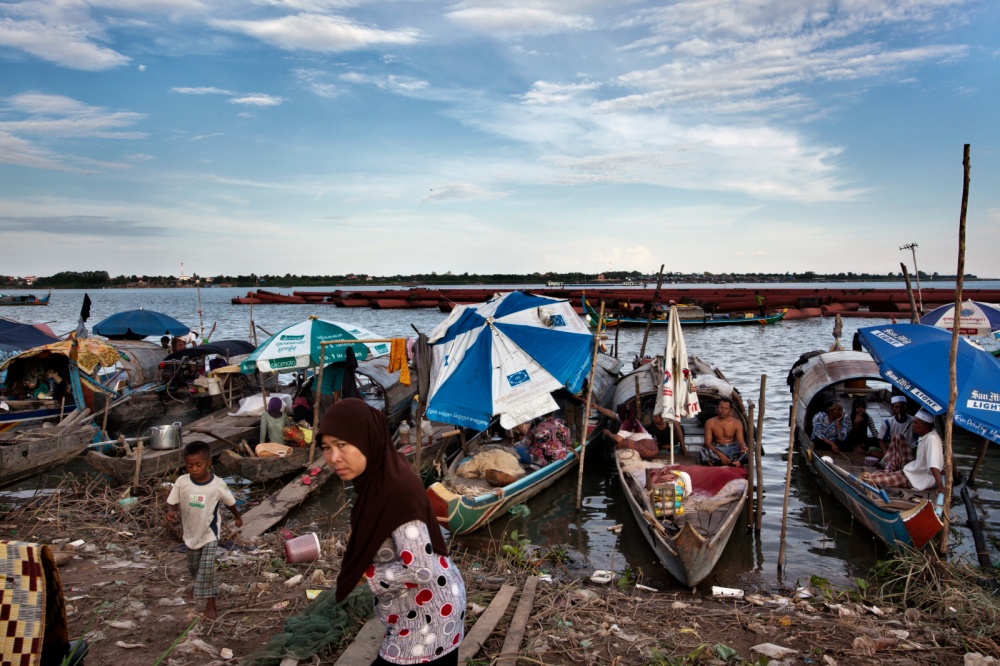 A Muslim community who is living on thier boats in the Mekong waters, Phnon Penh, Cambodia. 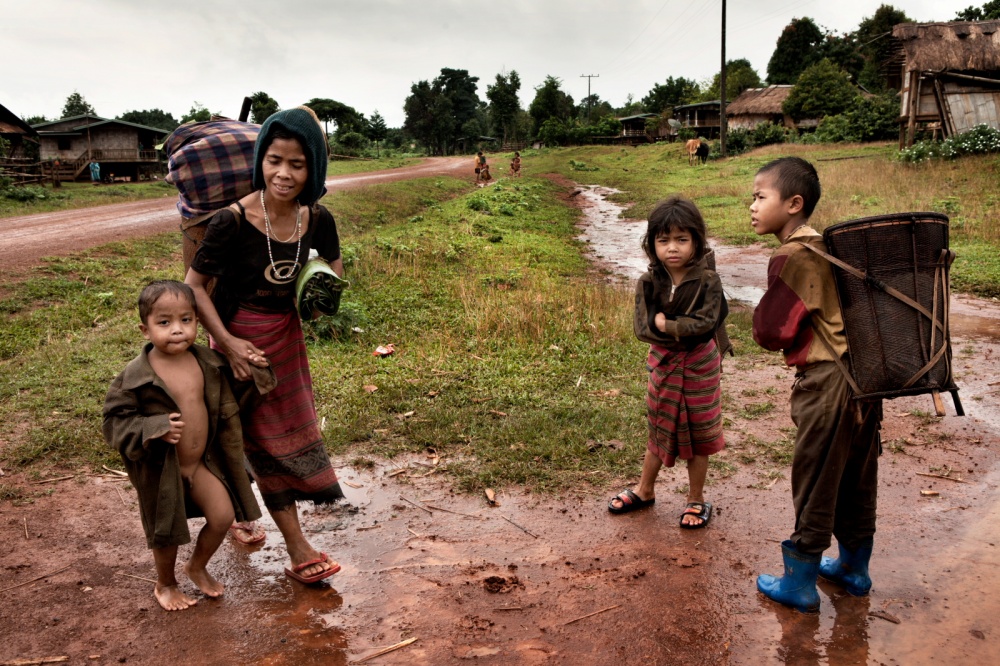 A small village in the Boloven Plateau, near Pakse, Laos. 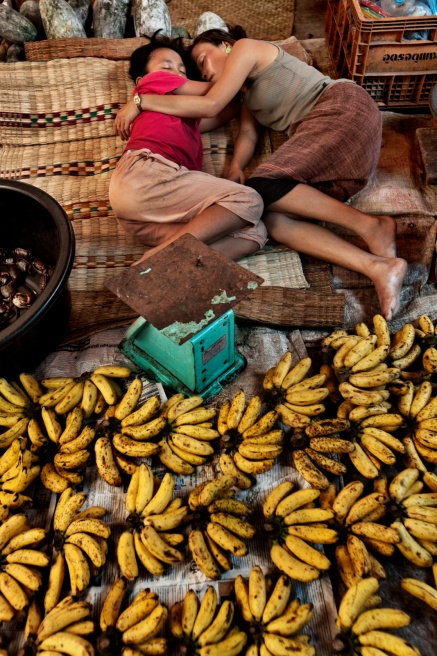 Mother and daughter are having a nap in Vientiane market, Laos. 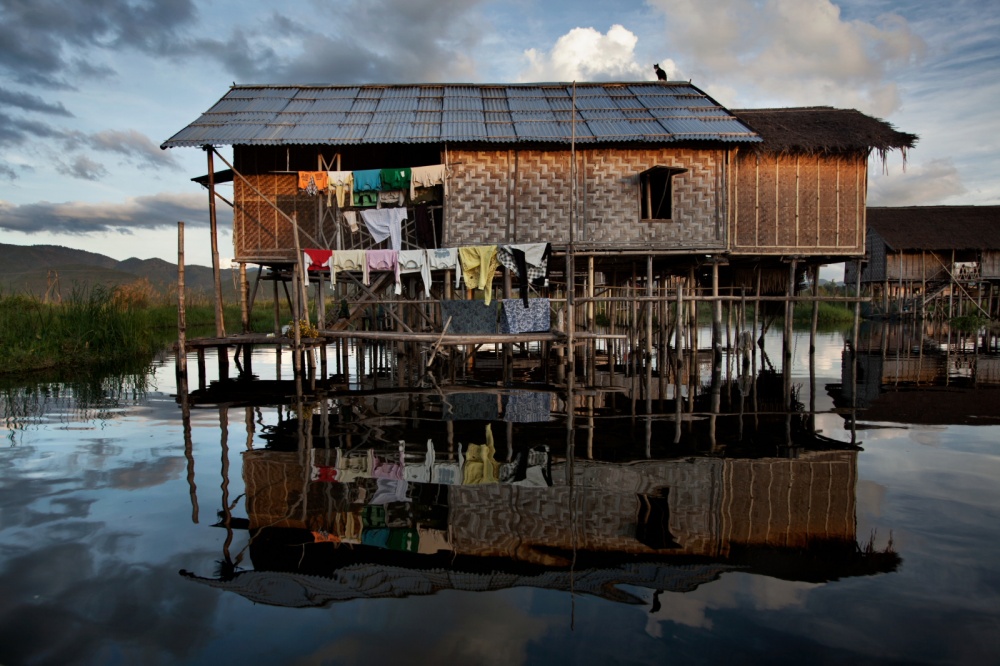 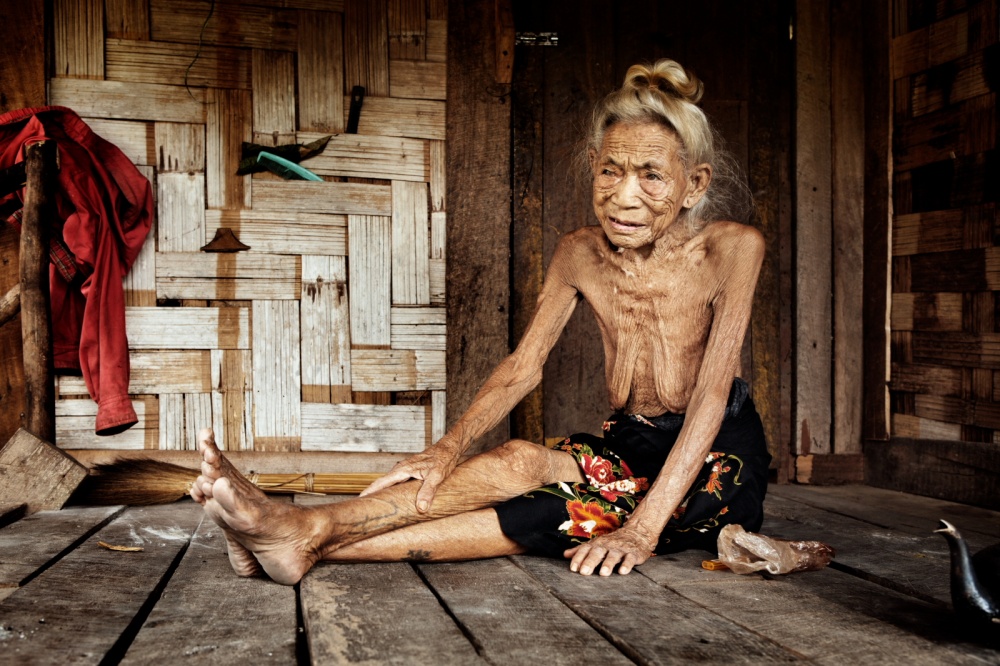 An old woman in a village near Huay Xai, Laos. 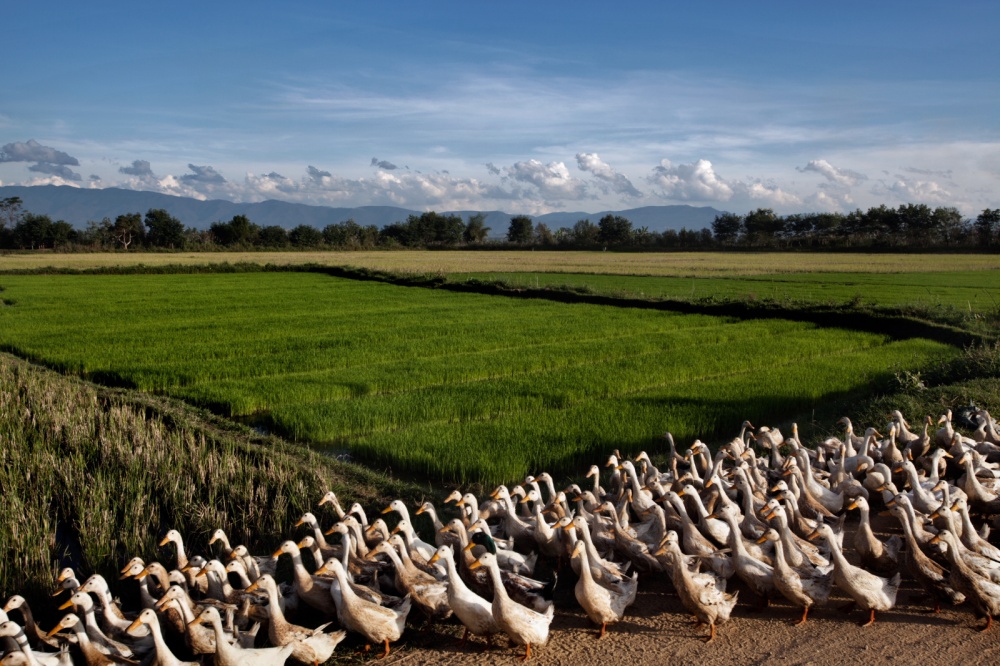 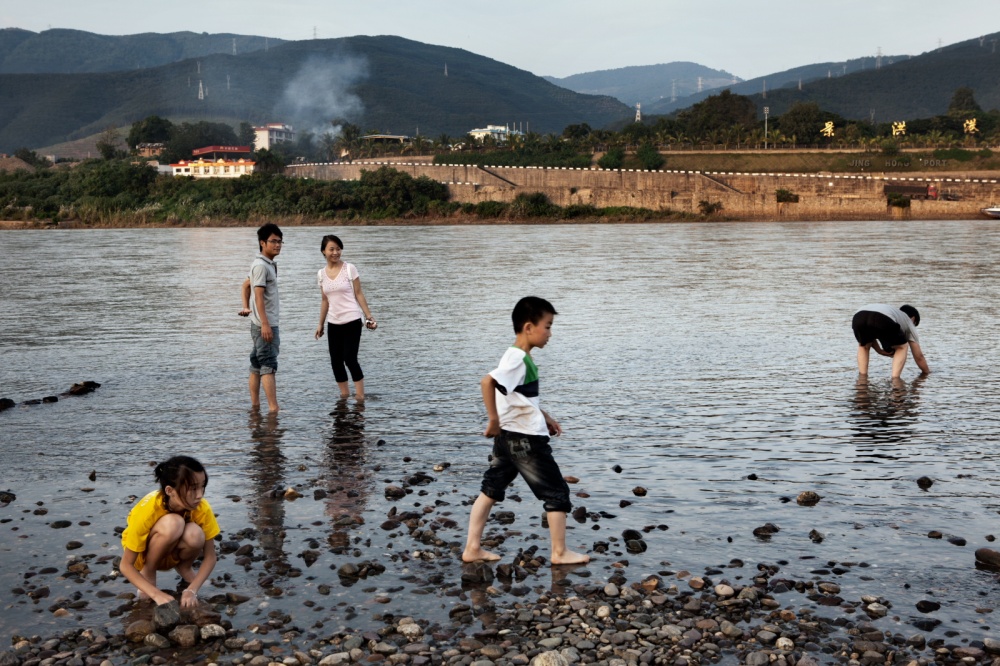 Children are playing in the Mekong waters, Jinghong, Yunnan, China. 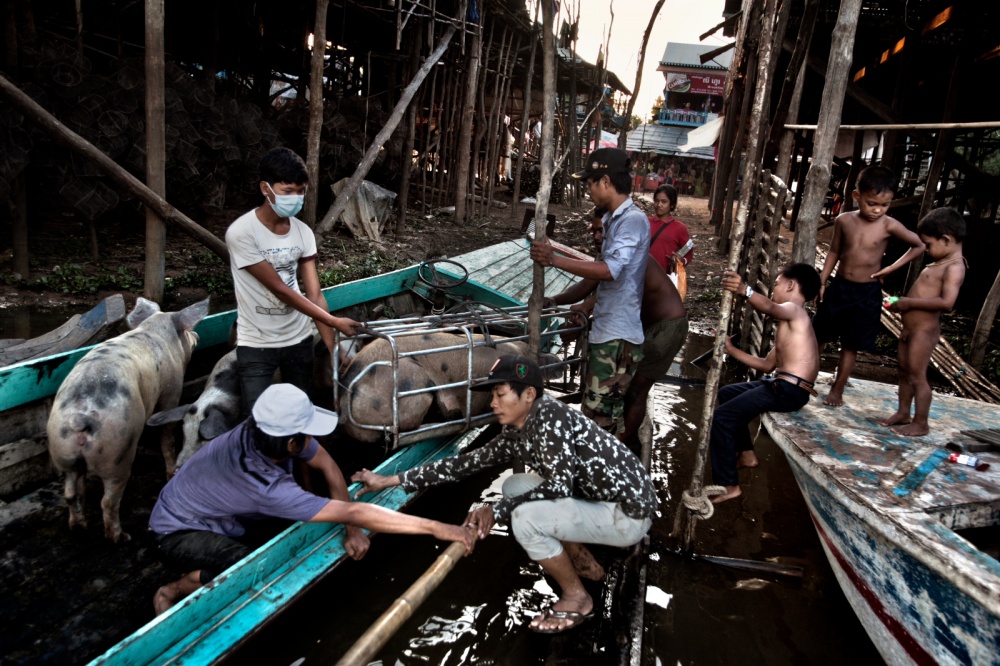 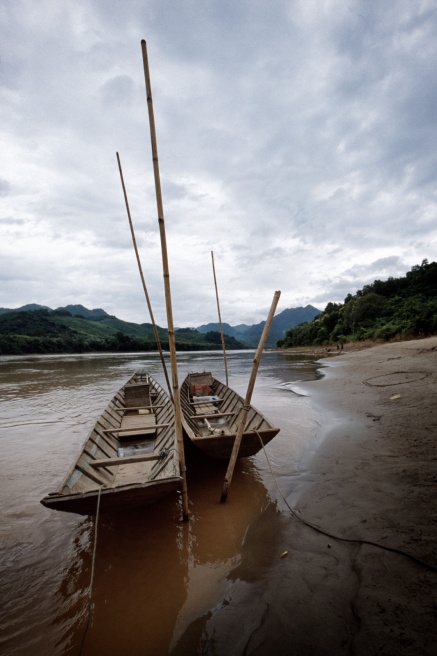 A boat on the Mekong River near to Luang Prabang, Laos. 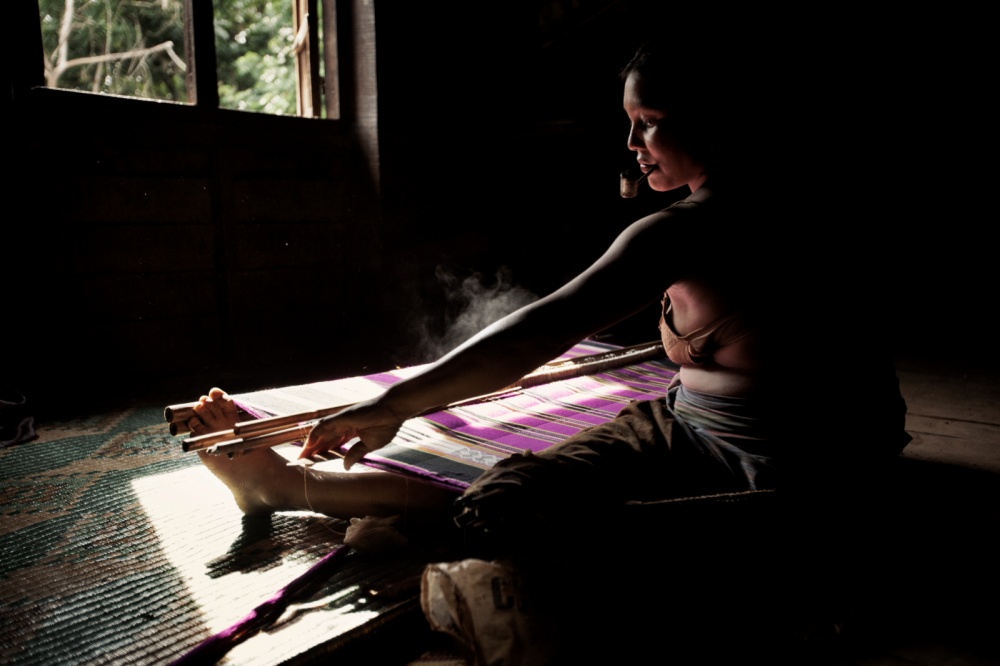 A woman is weaving in the Boloven Plateau, near Pakse, Laos. 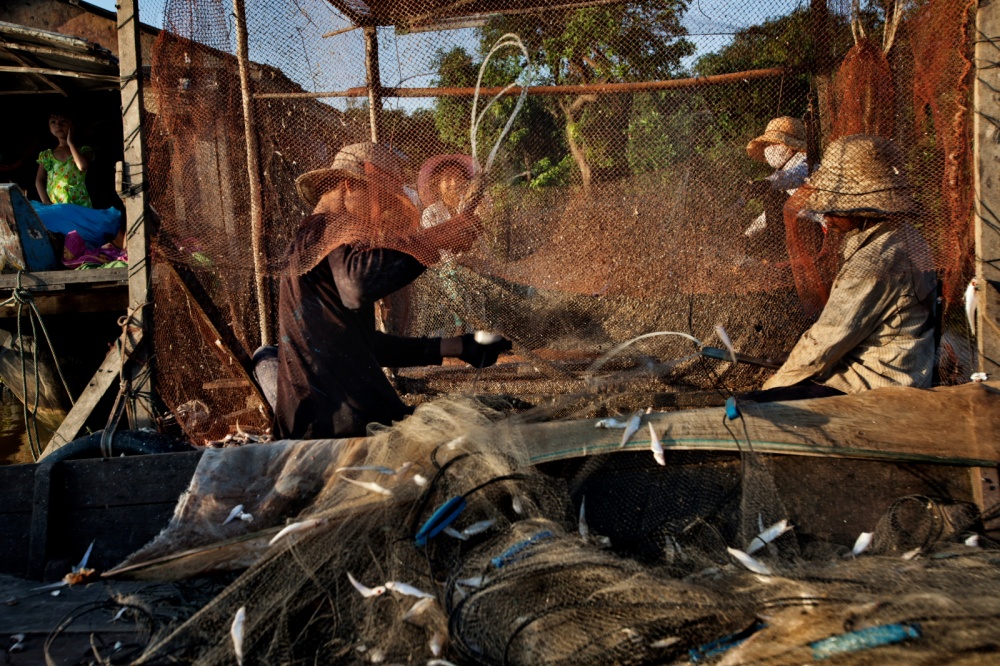 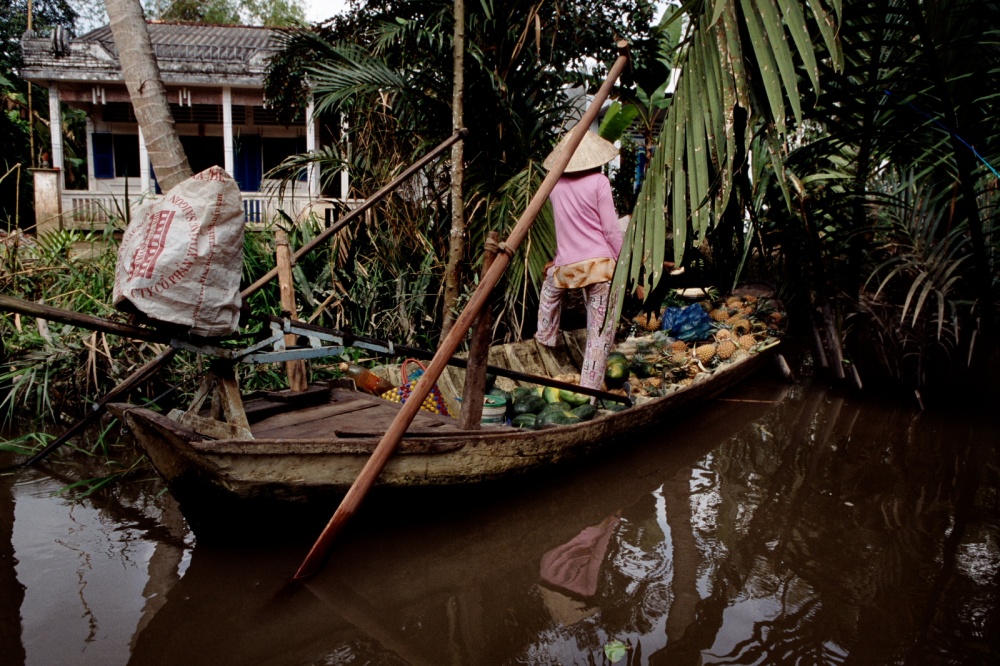 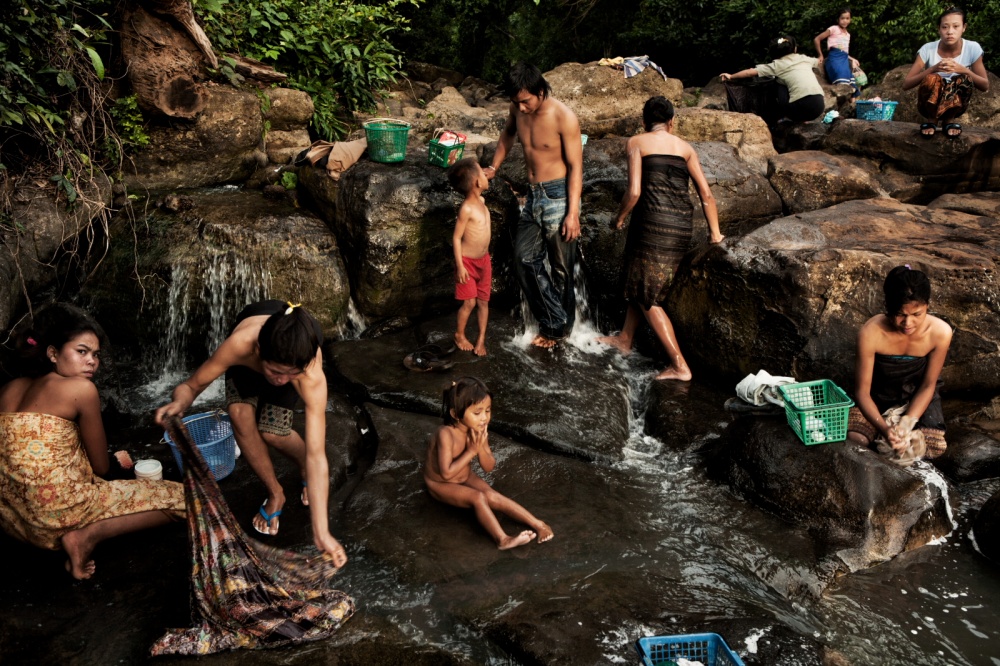 Peaple are washing and doing their loundry in a small river in the Boloven Plateau, near Pakse, Laos. 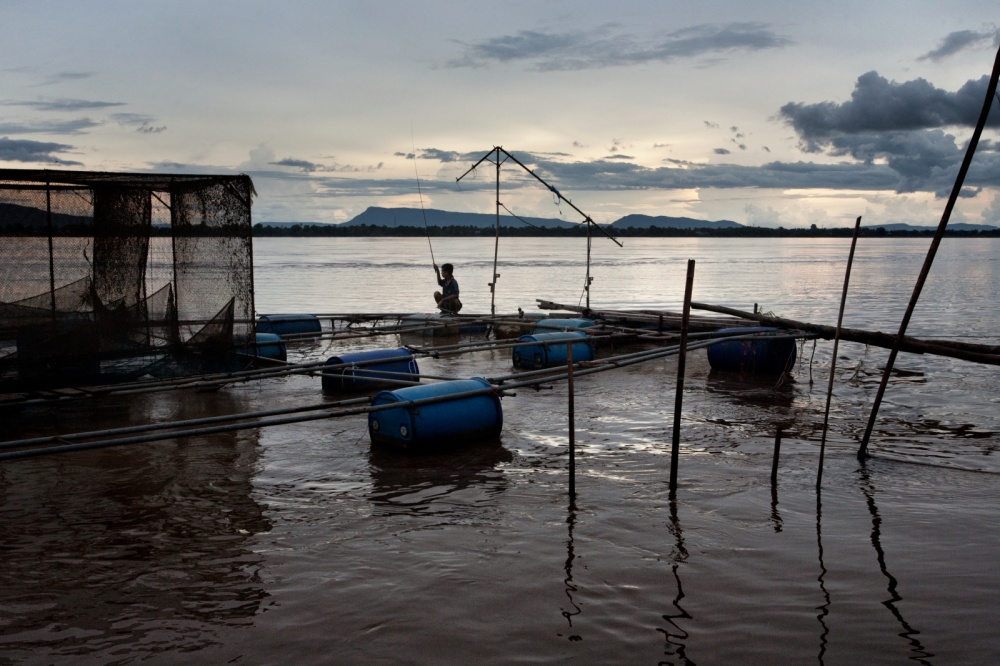 A fisherman house in Pakse, Laos.

China, Burma, Thailand, Laos, Cambodia, and Vietnam are countries that are very different from each other, and are often even in conflict, yet they are linked by a common denominator: the Mekong River. The longest and most important in Indochina, the river is vital to the economy of the countries that touch it, partly forming a natural boundary line between them. Although its banks have been the scene of terrible wars and its precious waters are currently at the center of fierce geopolitical conflicts related to hydroelectric power, the Mekong has always been an important source of interaction between people who live in its basin. The millions of people whose lives are connected to it are joined not only by dependence on fishing, cultivation of rice, and a similar way of life, but also by continuous exchanges, made much easier by the presence of the river compared to those with other populations, which despite belonging to the same country, but are separated by mountains and roads that are long, winding, and difficult to pass.

Are you ready, Puerto Rico?

By Albertina d'Urso — 2017 marks the 100th anniversary of U.S. citizenship for residents of Puerto Rico, a Spanish colony for four centuries, which has been ceded to the..
May 8, 2017

By Albertina d'Urso —  Out of Tibet  During my first trip to Tibet in the year 2000, I could see how Tibetan culture and religion were repressed in their..
Nov 6, 2015

By Albertina d'Urso — The favelas of Rio de Janeiro are mostly known for violence and drug trafficking. But, also if those problems still exist, life for most of the..
Jul 6, 2015