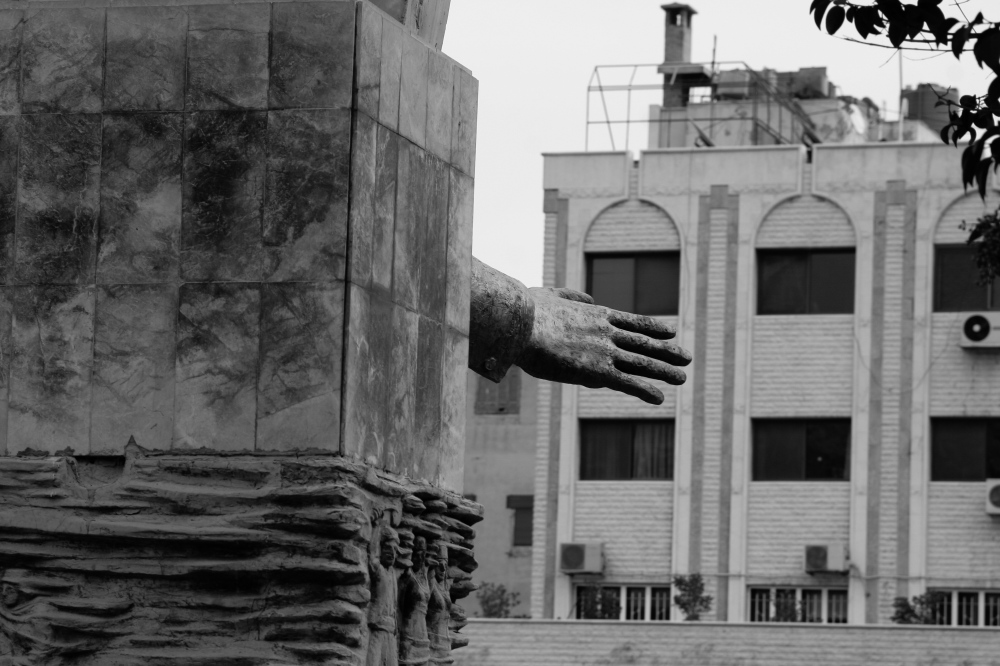 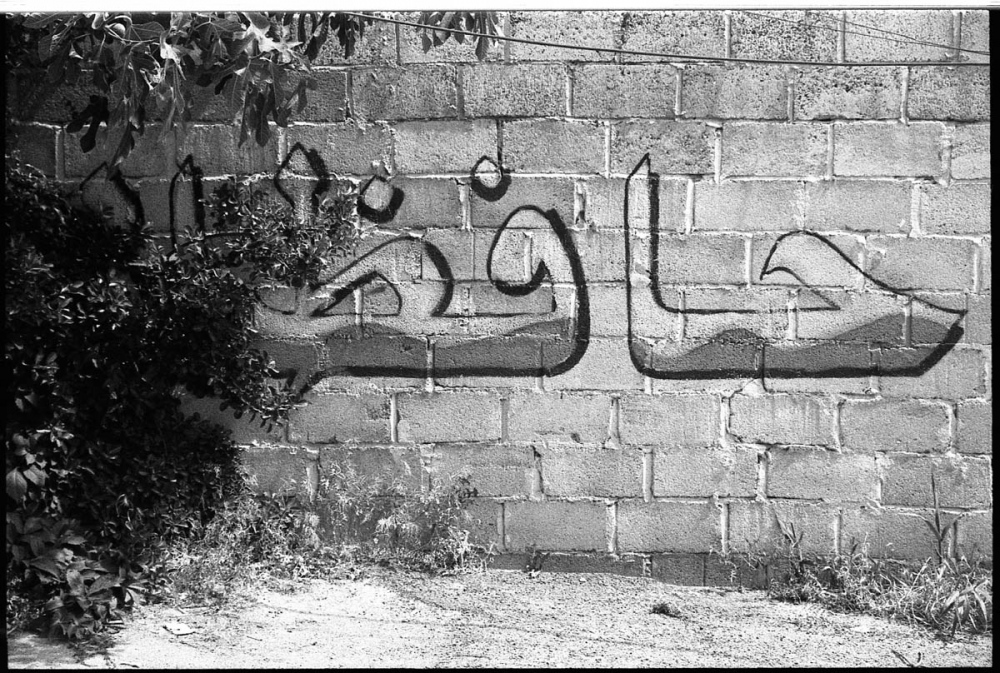 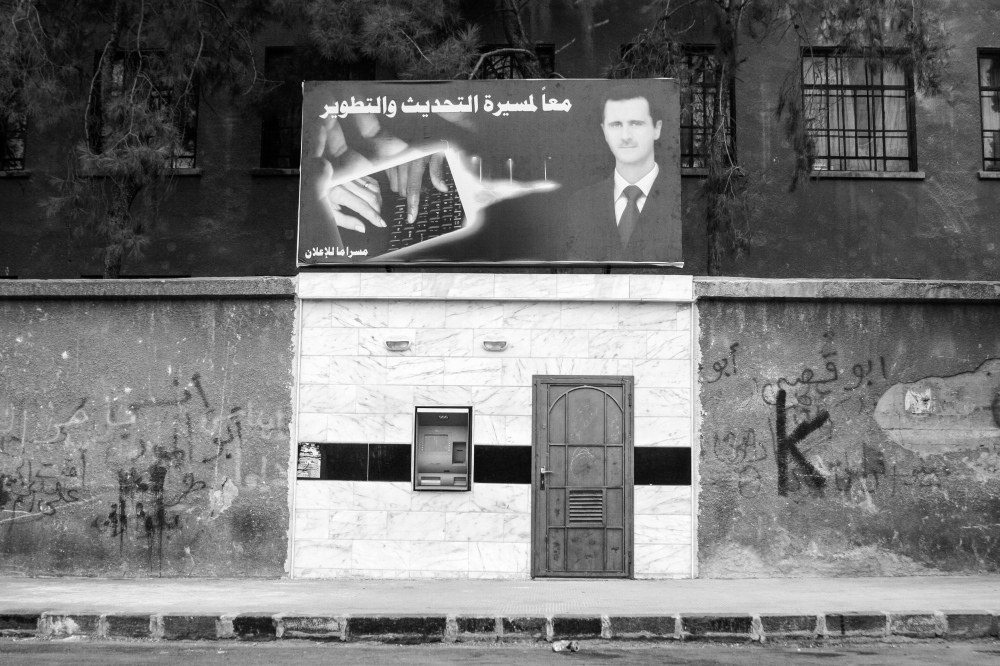 ATM machine popping out of a dirty school, sign reads "together for progression and development". Damascus, 2007 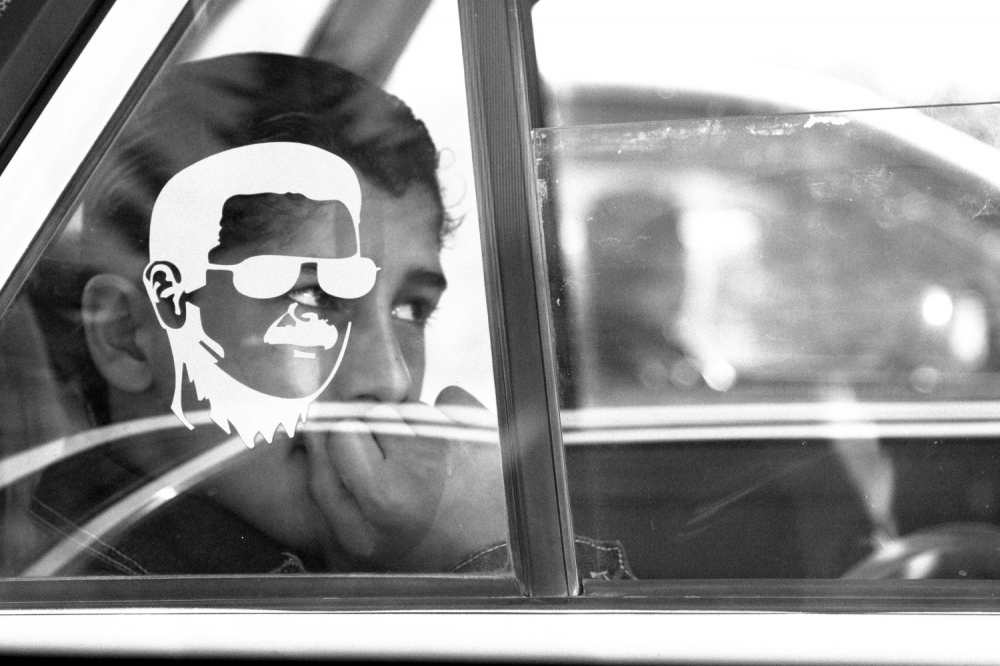 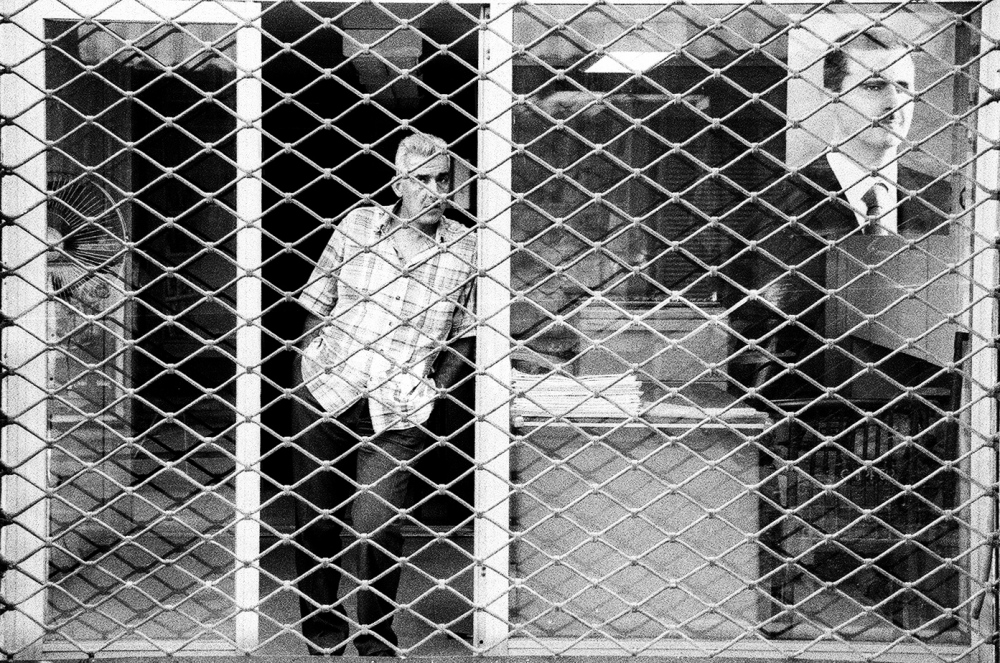 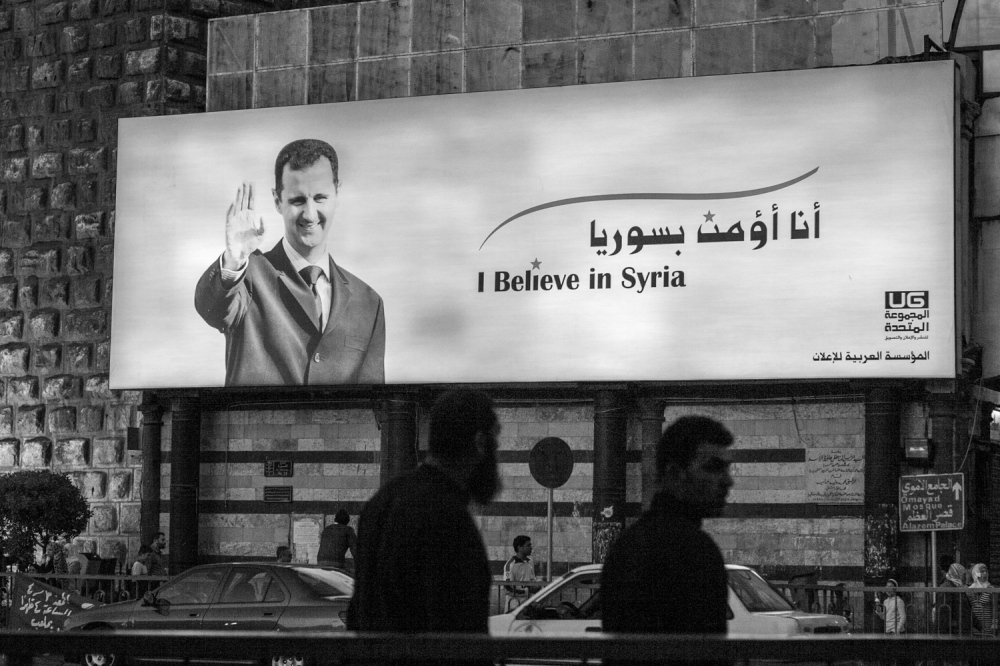 In the back is the citadel of Damascus, 2007 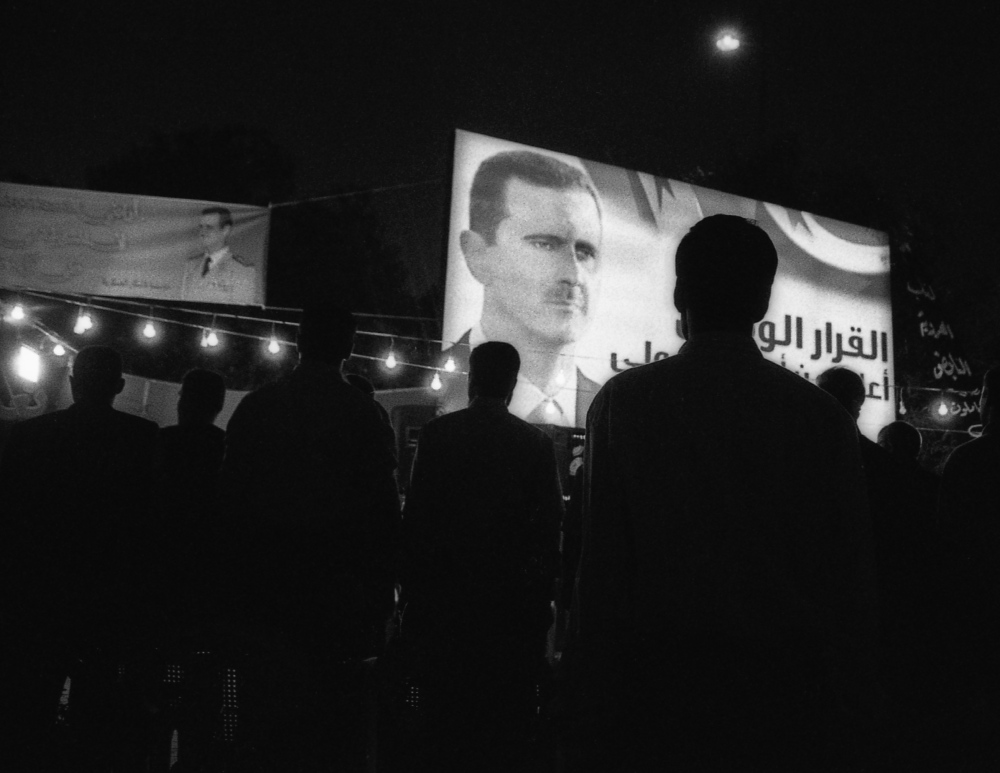 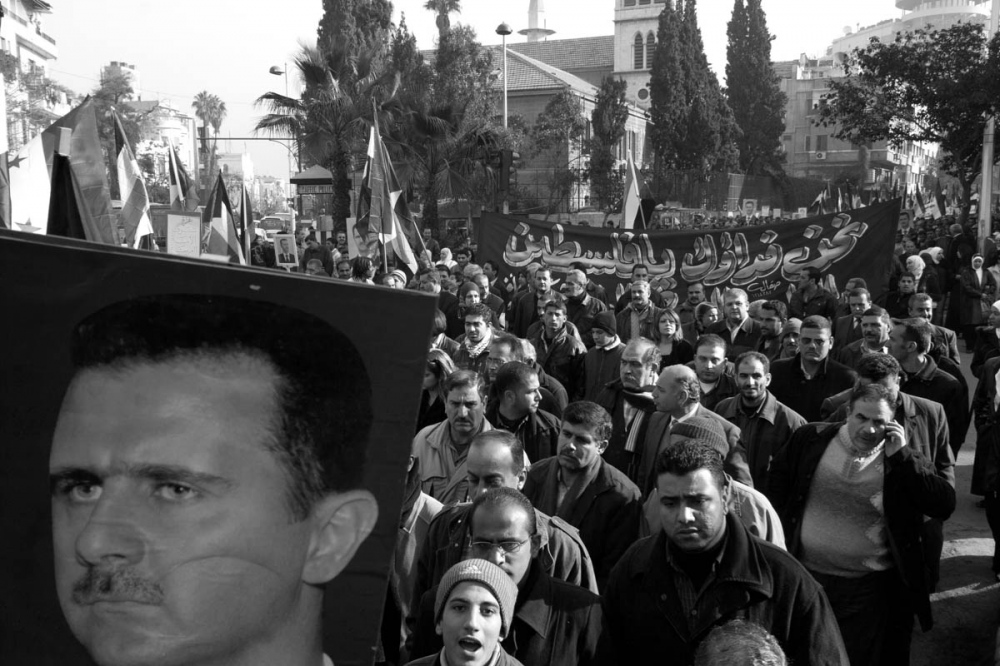 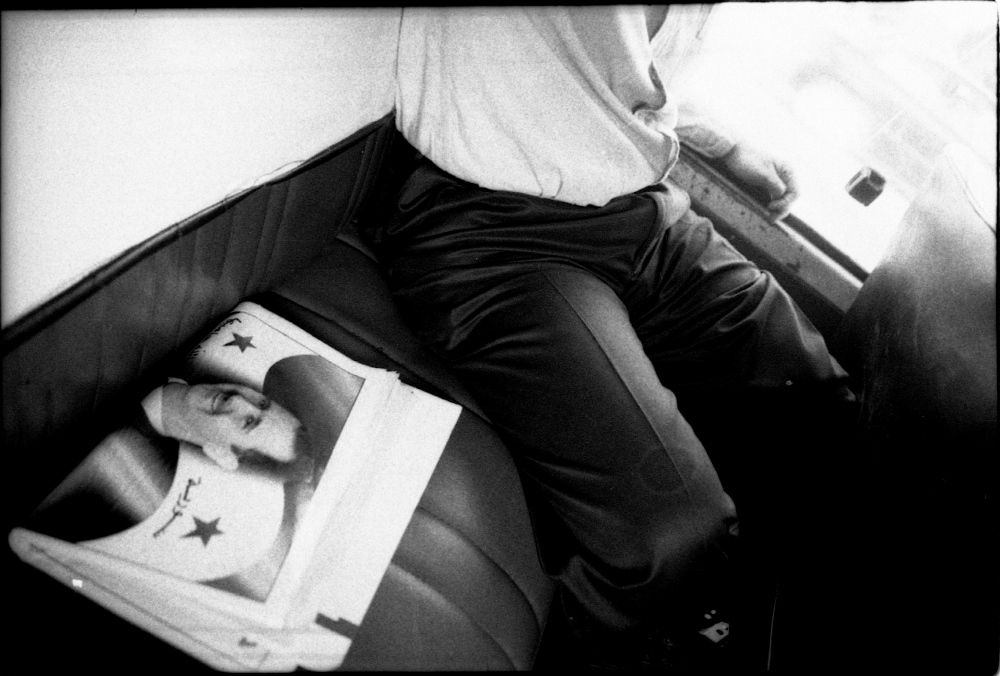 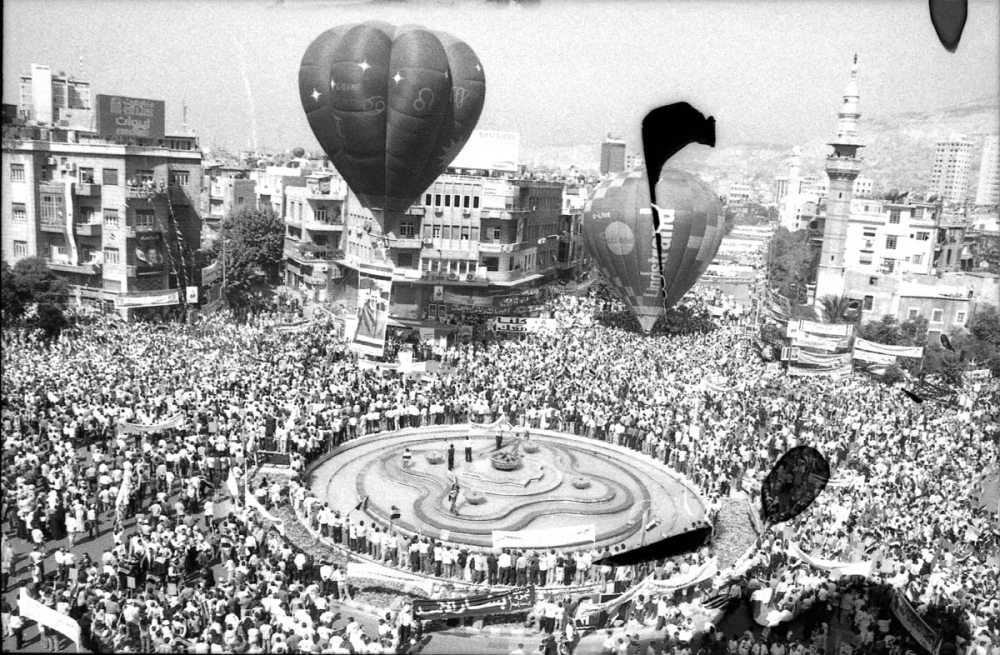 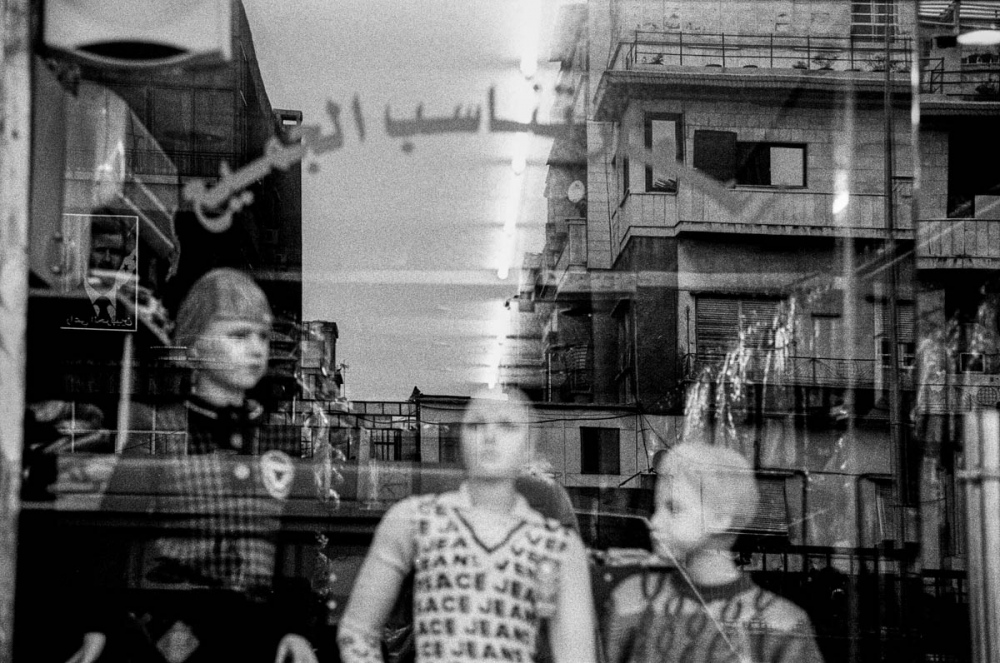 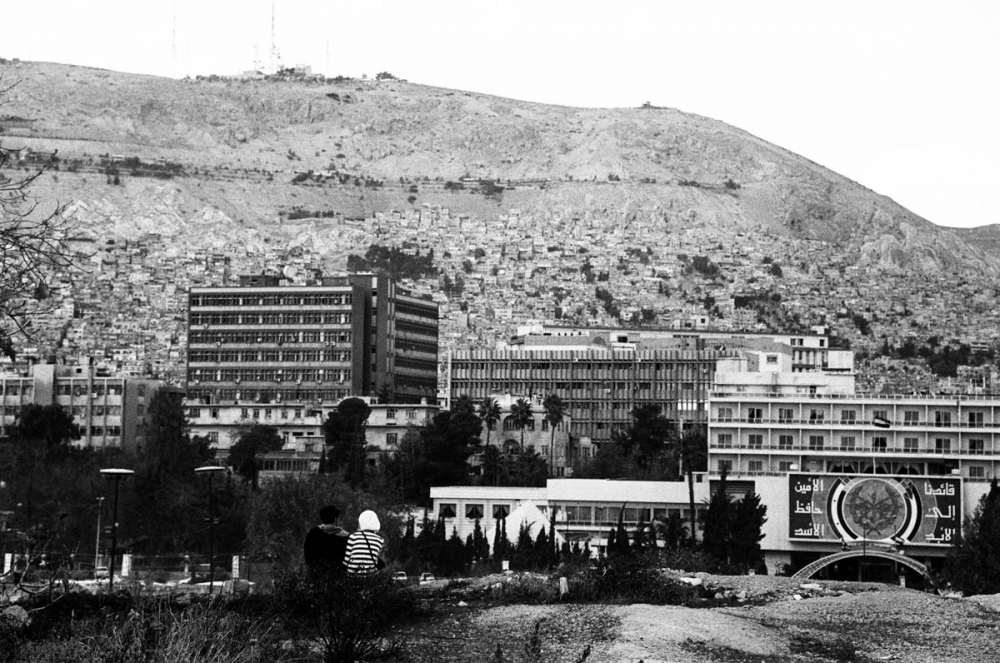 For the continuety of dictatorship, presence in the minds is essential. The Syria of Hafez Assad was covered with statues, posters and signs. When his son became president in 2000 he presented an image of a modest young president. But by the 2007 referendum to renew his presidency, the image of a fully grown lion was complete.

Assad is Arabic for lion. The lions ruled Syria since November 1970, propaganda became an established feature of the country's visuals. This was reflected in the Syrian uprising as it was directed against the family rule of Assad.

The photos were taken between 2007 and 2012 in Syria, mostly in the capital Damscus.