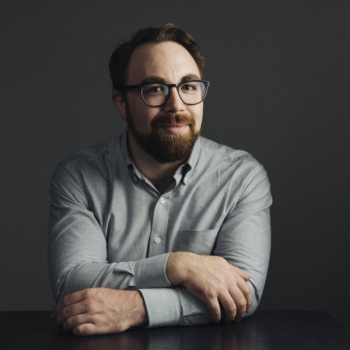 Photographer and Cinematographer based in New York City, New York

A.J. is an award winning cinematographer, photographer, multimedia journalist and producer in New York City, available for work wherever needed. His work previous work experience includes full time roles as a producer at Apple News, the... read on
ajchavar.com
About

His work previous work experience includes full time roles as a producer at Apple News, the Senior Producer of News Video for Vox.com, and staff video journalist positions at The New York Times and The Washington Post.

A.J.'s reporting has spanned the United States, from inside a turtle tank in the National Aquarium, to rapper Wale’s tour bus. From the rubble of a tornado. Hanging out the side of stunt plane. Inside (thankfully) Air Force One. Sweat-soaked on Midway atoll. Rain drenched on a rugby practice field. From inside a confederate flag retailer in Chulafinee, Alabama and alongside a member of the Black Guerilla Family during the Freddie Gray uprising in Baltimore. He's travelled to all 50 states, filed stories from presidential convoys, political conventions, hotel rooms, coffee shops, wifi hot-spots, planes, and once while conducting a guest lecture at his former j-school.

His experience ranges from managing a student newspaper — that pressured the university to investigate on-campus racism, and to honor an independent press — to countless hours running robotic cameras and green screen studios, to years spent in the field with just a camera and notebook.

A.J. brings technical knowledge of production and equipment, as well as experience in creating motion graphics, analyzing web and user analytics and traffic, and managing social projects. He has led and been a team member on projects large and small, deadlines short and lengthy.

His video work covering politics and features has been recognized multiple times by the White House News Photographers Association, the National Press Photographer’s Association, and Pictures of the Year International. His dispatches from the aftermath of a mass shooting in Arizona that wounded U.S. Representative Gabby Giffords was awarded the National Edward R. Murrow Award. He has also been awarded by the Capitol region Emmys, the College Photographer of the Year competition and the Society of Professional Journalists.

When not behind a camera, laptop, or phone, A.J. is likely somewhere in the woods ignoring all three of those things.