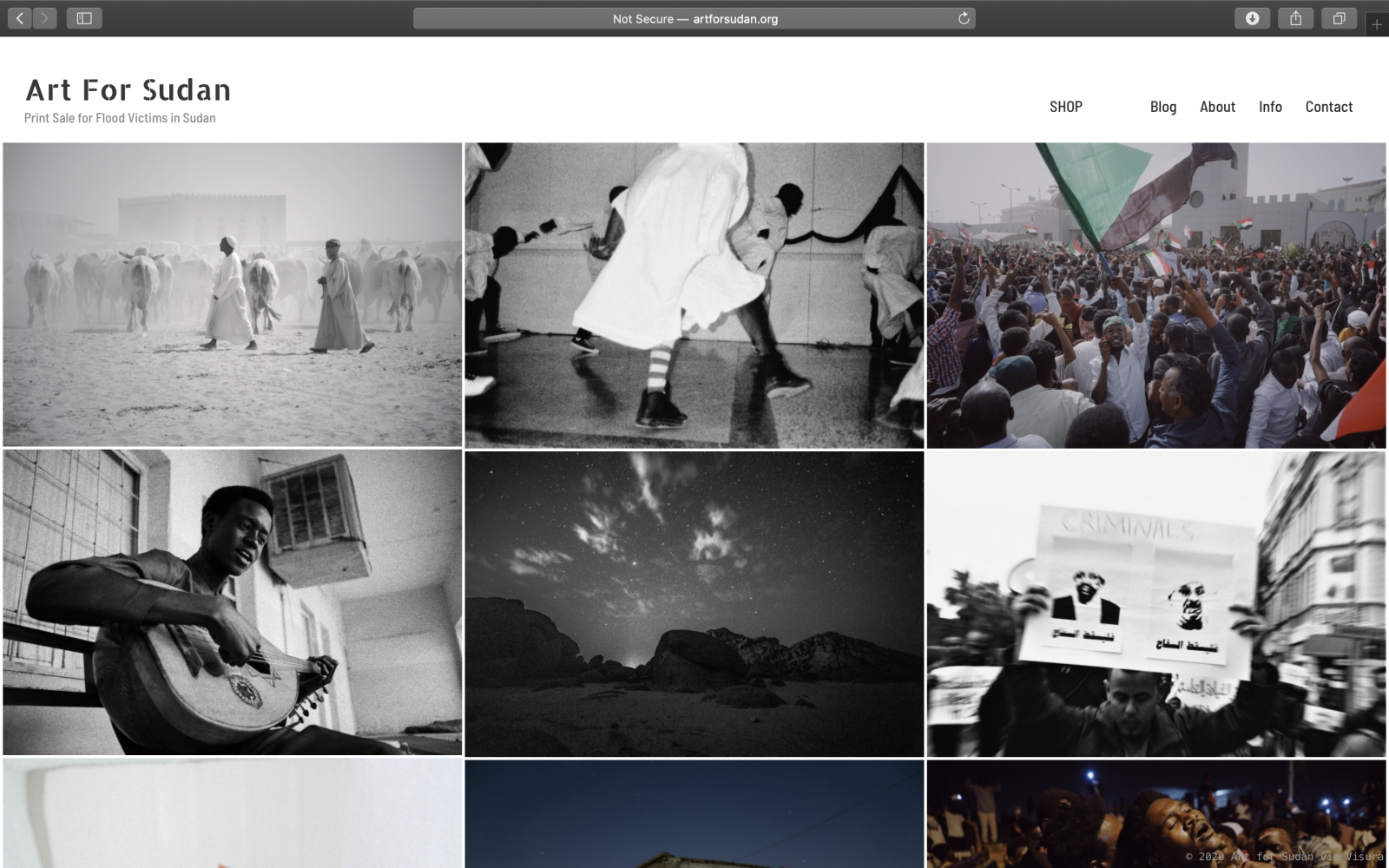 artforsudan.org is a non-profit artivist initiative that sells prints for the cause of supporting Sudan and the people who were affected by the current flood crisis. The level of the Blue Nile, which is the Nile's main tributary, has risen to 17.57m. This is the highest level it reached sib do ce records began more than a century ago.
In Khartoum State alone, more than 100,000 people are in need of shelter after having lost their homes to the floods.
In addition, the authorities declared the country a natural disaster area and imposed a three-month state of emergency across the country.
We recognise the urgency of the situation and aim to solidarize with the affected people by donating all proceeds made by the print sale to Nafeer Initiative.
Email: artforsudan.org@gmail.com


Immense gratitude also goes out to the Visura team for their surreally quick and hands-on support that enabled this website to be up and running in no time!