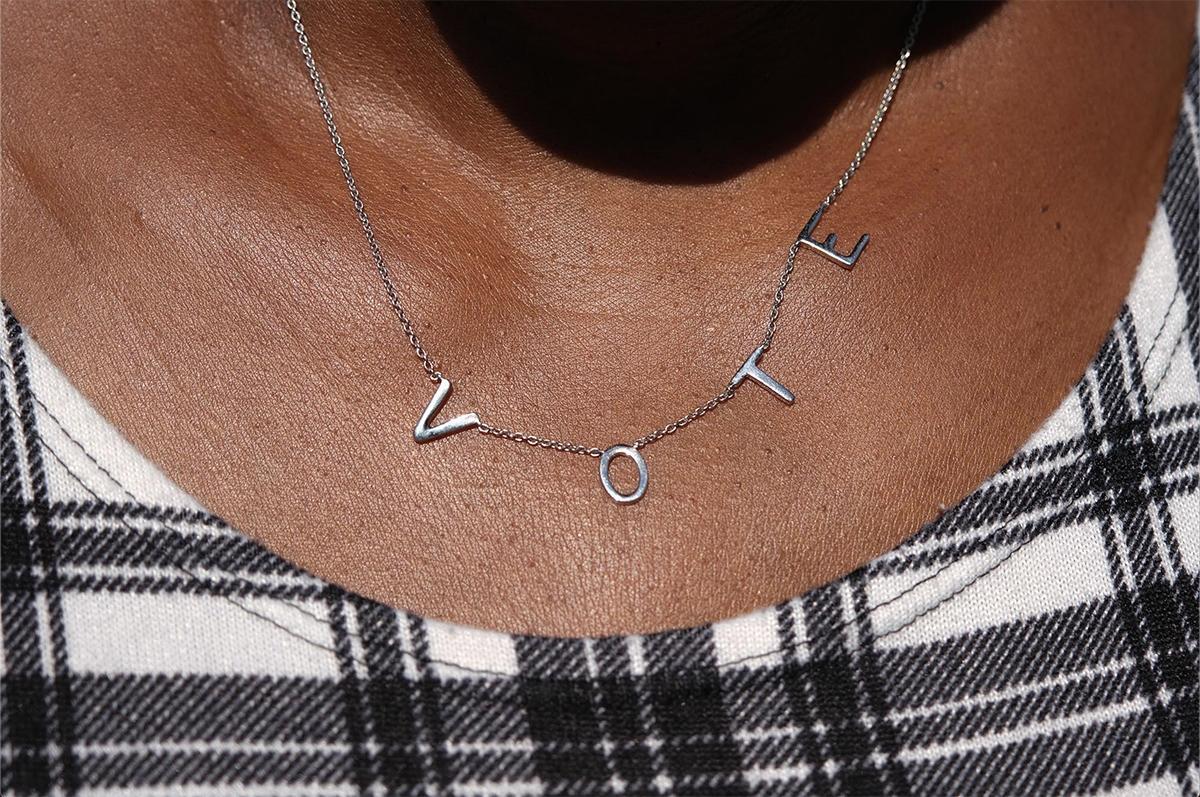 1 of 29 © 2021 The Visura Media Blog
Joana Scholtz, candidate for the Kansas House of Representatives for District 40 wears her VOTE necklace, Lansing, KS 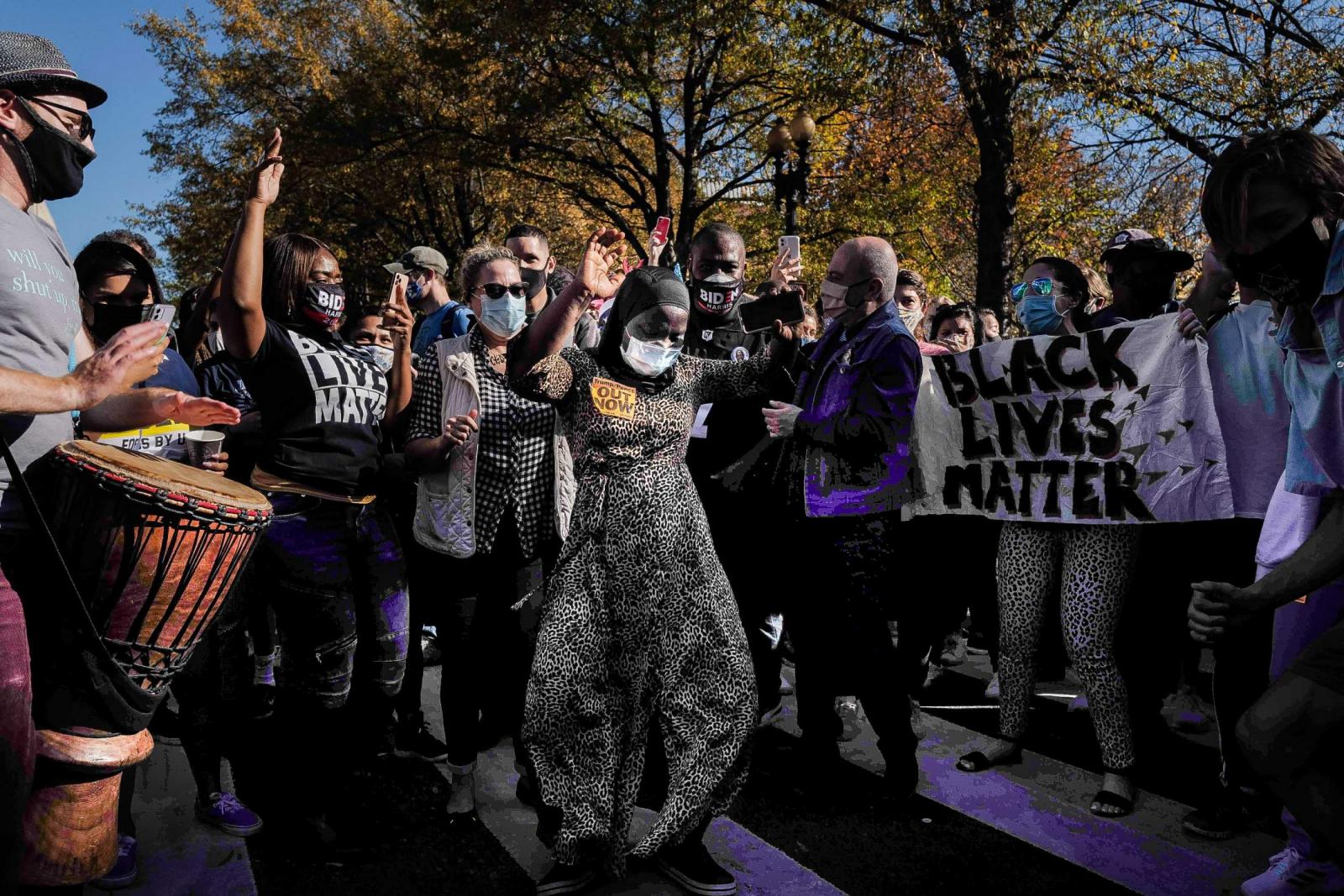 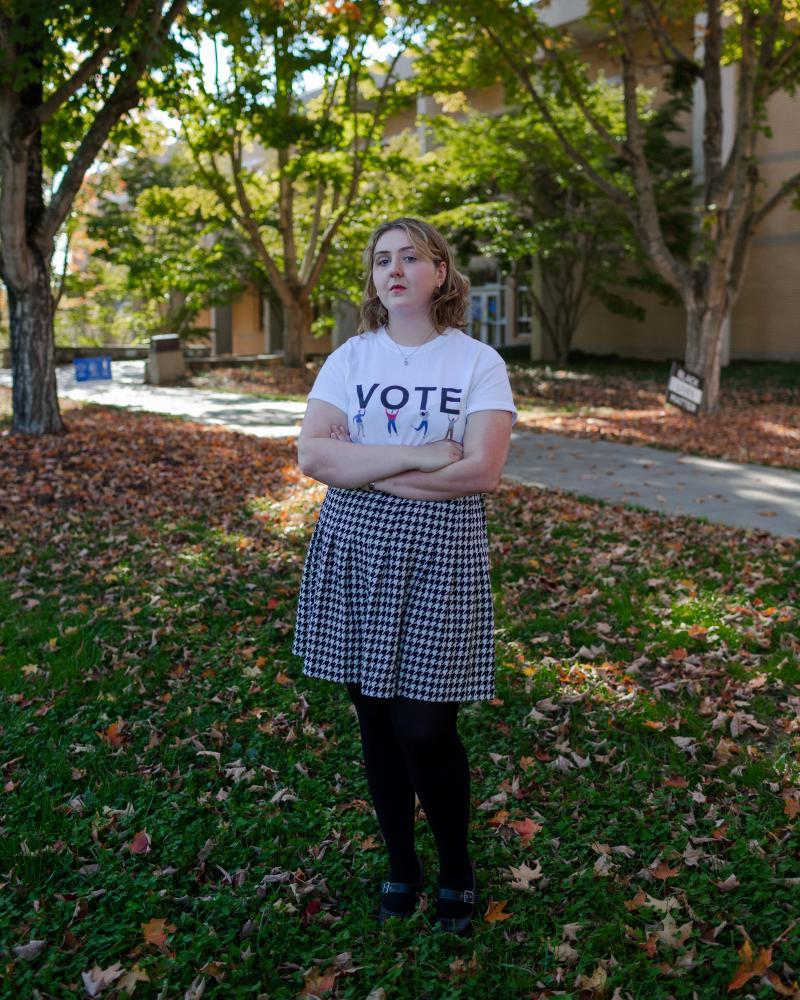 As a first-time poll worker this year, Mae Tesh from Asheville, North Carolina says, "I try to acknowledge the privilege that I have to be able to work the polls; I'm pretty young, I'm not high risk. And I think this election is incredibly important. I would hate for a lack of workers that certain polling to shut polling places down, so people wouldn't be able to go there to easily cast their vote. And I think it is a passion thing because I am a political science major, but I would do it even if I had to skip classes because it's just really important to me."

Vogue worked with poll-worker recruitment organization Power the Polls to speak to eight first-time poll workers across America—from Austin to Omaha to Birmingham and beyond—about what motivated them to become poll workers, why their volunteer work matters, and what kind of country they hope to come of age in.

Photographed on Assignment for Vogue Magazine. 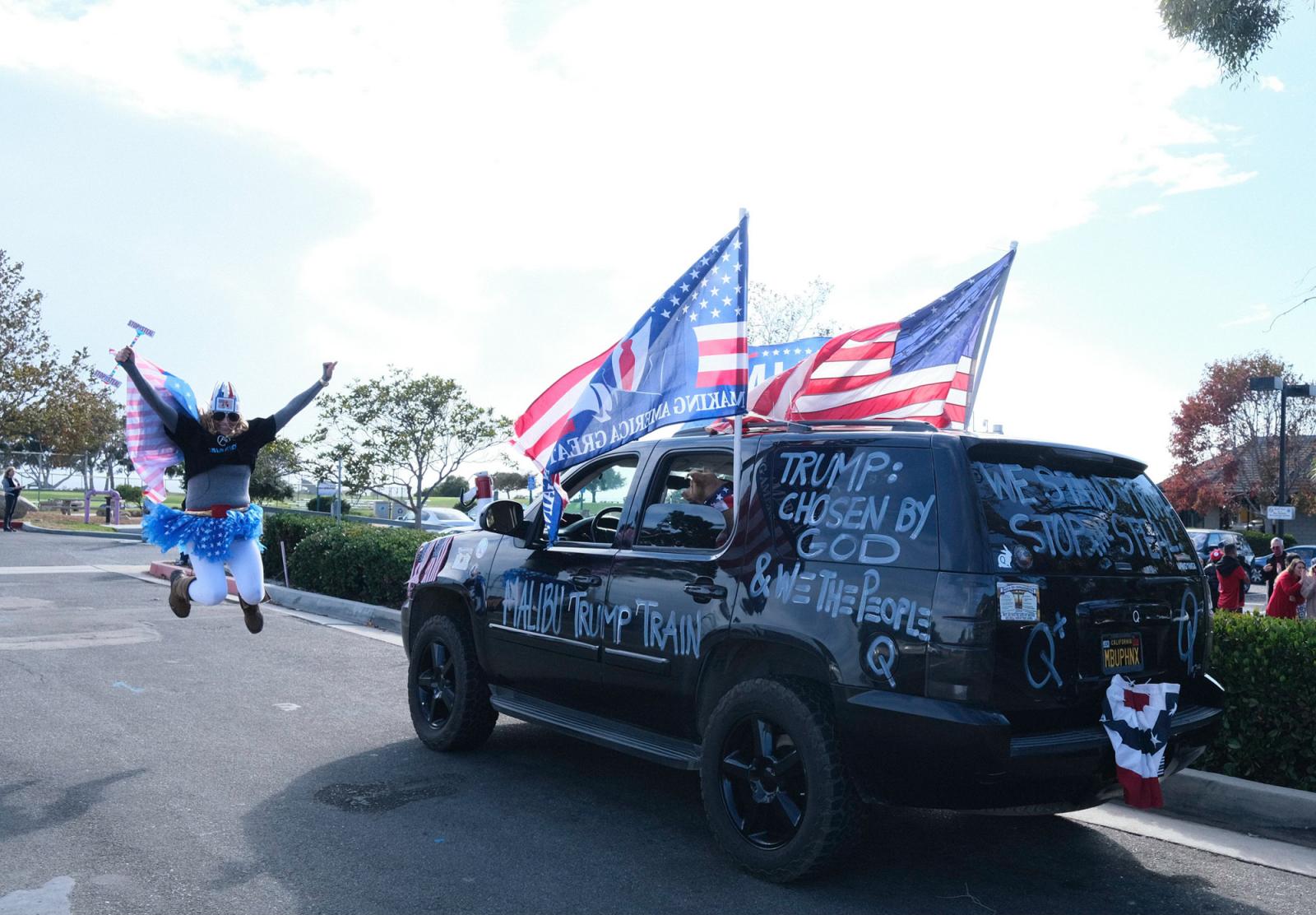 4 of 29 © 2021 The Visura Media Blog
Trump supporters in Malibu, California

On the afternoon of the presidential results, a Trump supporter leads a caravan from Pacific Coast Highway into Beverly Hills with the words "Malibu Trump Train" and "Trump, Chosen by God and We the People" and "We Stand By Trump" and "Stop the Steal" on the back window. 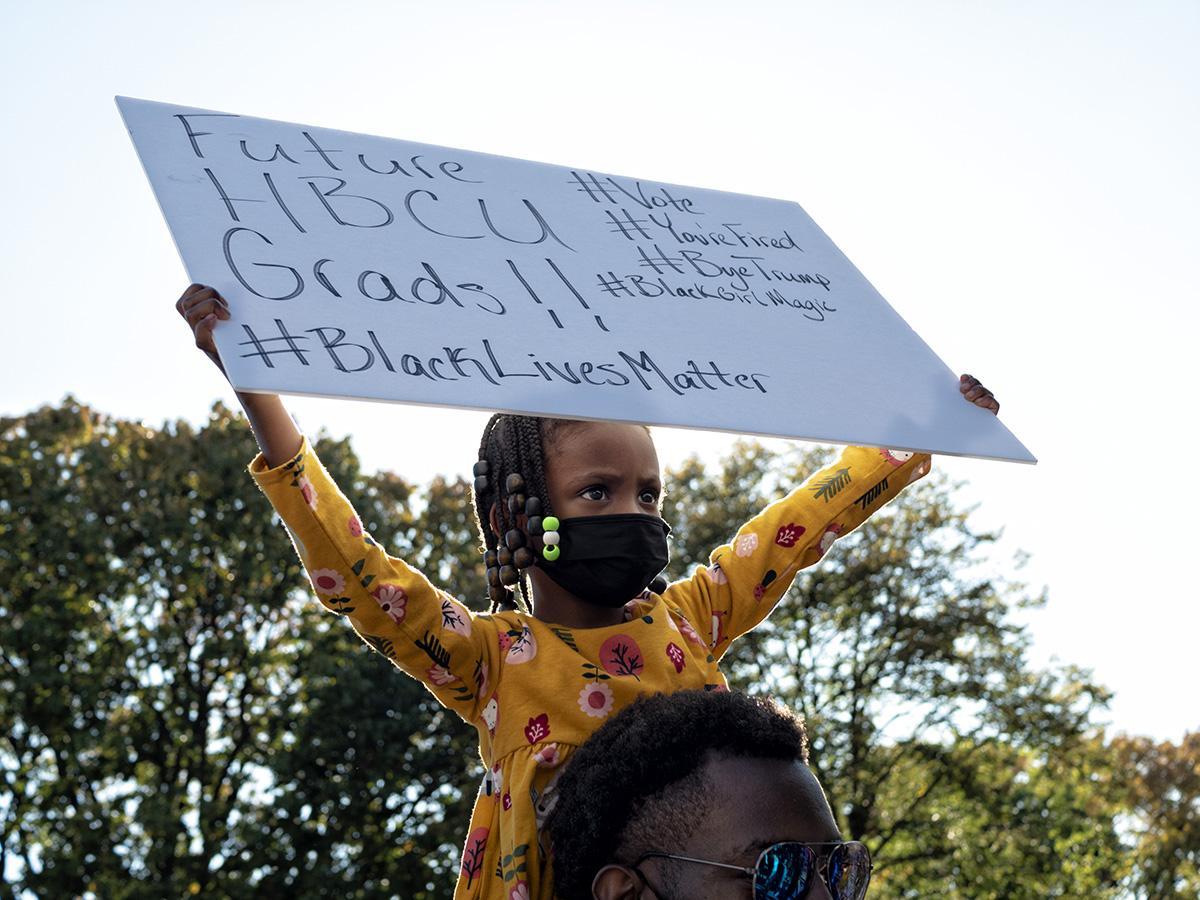 5 of 29 © 2021 The Visura Media Blog
A girl with her father at the Black Lives Matter Plaza as people celebrate of the news that President Trump has been defeated in the elections by Democrat Joe Biden, who has becomes the 46th president and Kamala Harris is the first woman of color to hod the vice-president position. 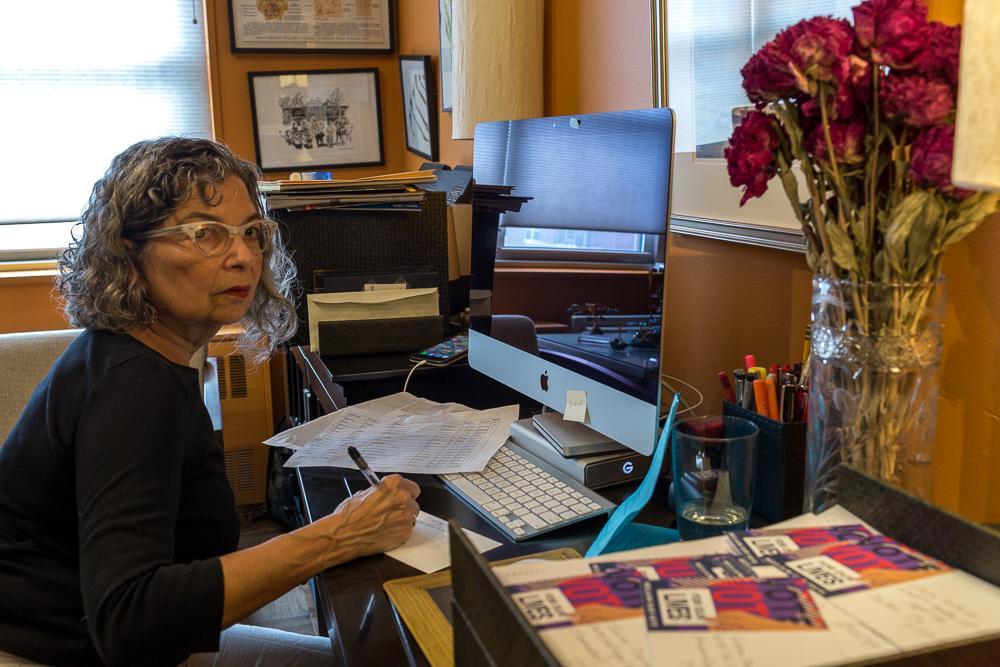 6 of 29 © 2021 The Visura Media Blog
During the 2020 lockdown and unusual confinement in my high rise New York City apartment, I turned the camera on myself to examine my day to day behavior. I am aware that others are feeling similarly. Expressing these feelings visually helps me cope with the mild depression and anxiety concerning the pandemic, politics, and quality of life going forward. In the photo above, I am writing postcards to registered voters around the country, urging them to exercise their right to vote, and giving them specific information about where and how to submit their ballots. 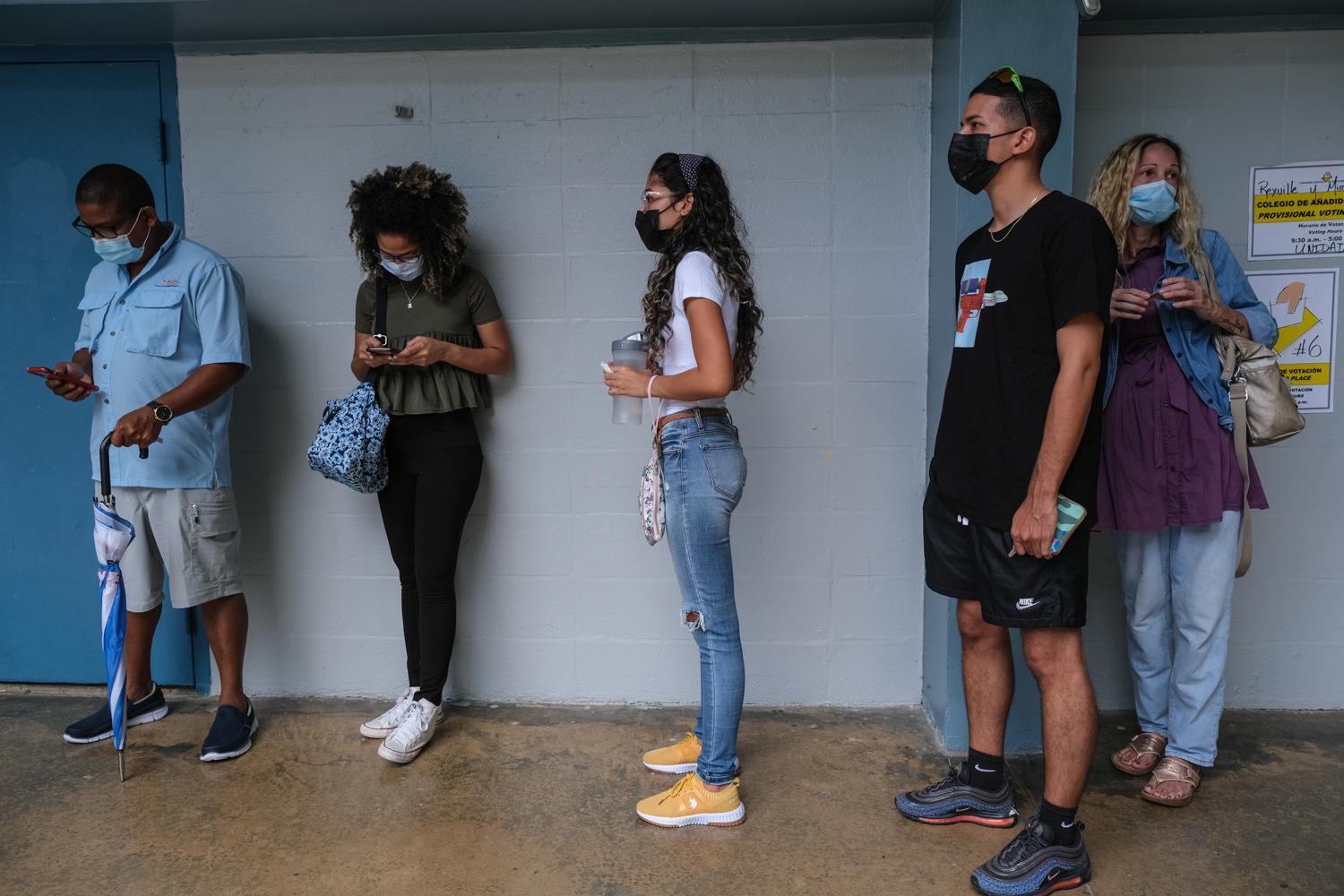 7 of 29 © 2021 The Visura Media Blog
Puerto Rico, a colony of the United States, is directly affected by the elections in the US. Puerto Rico's government is also ruled by a two-party system. However, this year, a third of the electorate rejected this system, voting instead for independent candidates and the candidate of the pro-independence party. Many of these votes came from youth hoping to change the status quo, building on the momentum of the summer 2019 protests that ousted governor Roselló Nevarez. 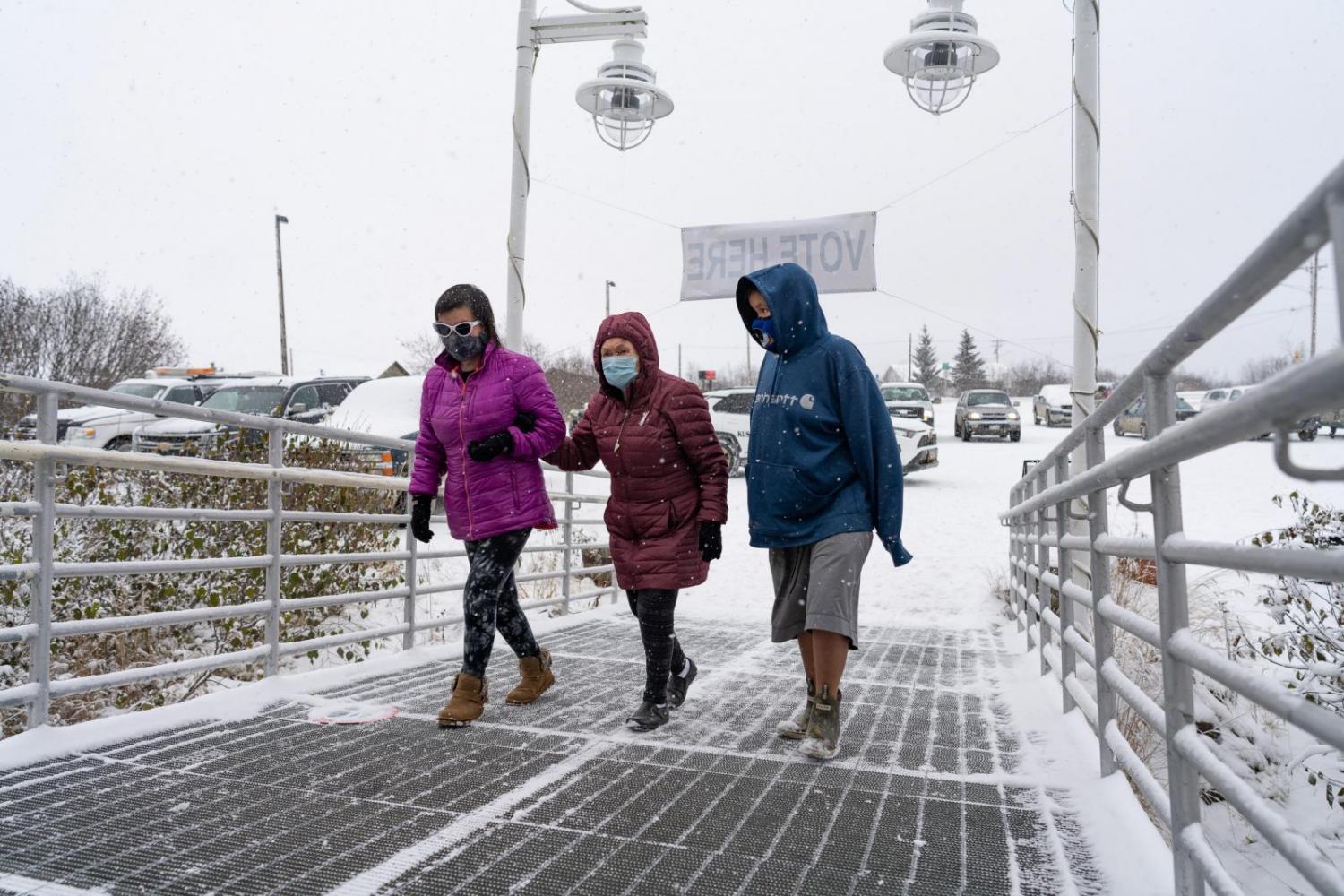 Bethel voters make their way to the polls through a blizzard on Nov. 3, 2020. 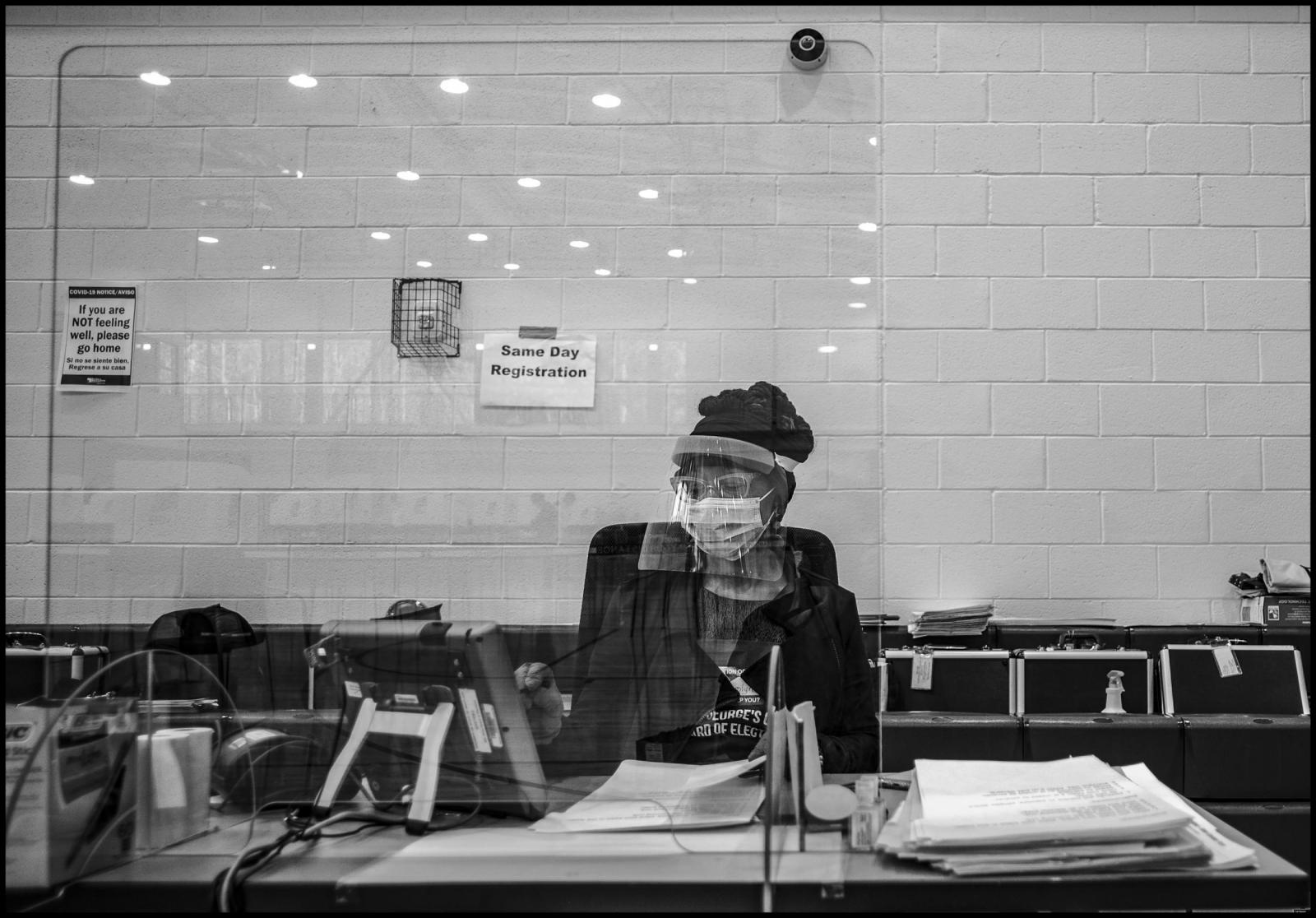 Wrapped in PPE, behind a plexiglass screen, election worker Carolyn Gillum sorts paperwork. An election worker since 2008, she was at an early voting center in Brandywine, M.D. in the Washington D.C. suburbs on November 2, 2020. 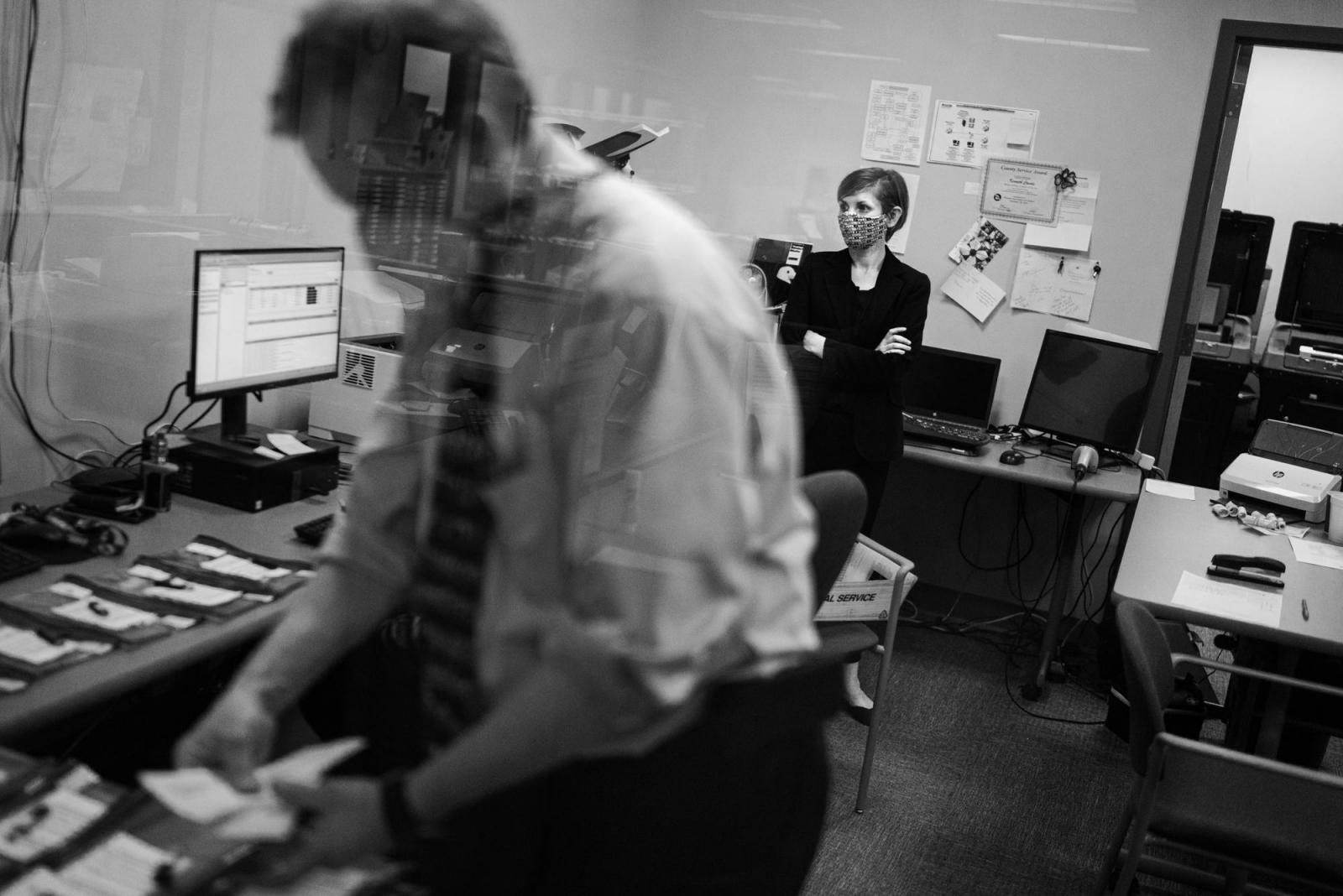 Bursts of activity are followed by periods of mostly silent waiting in the counting room of the Boone County Clerk’s Office as each polling station’s vote totals are read by the computer. “I just really enjoy the process of election administration and being a part of the core activity that keeps democracy working,” Brianna Lennon, Boone County Clerk said. “I’m exceptionally nerdy.” 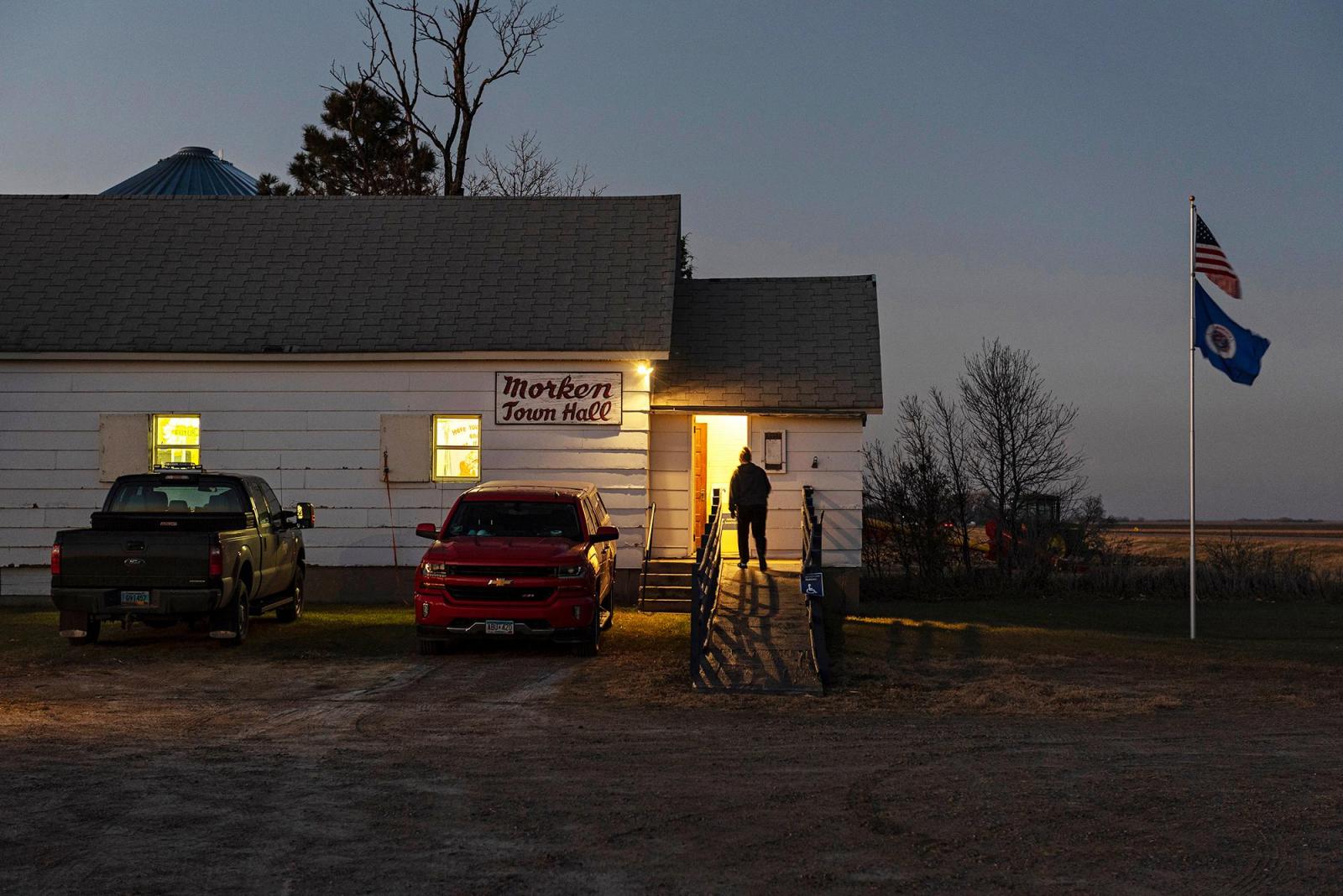 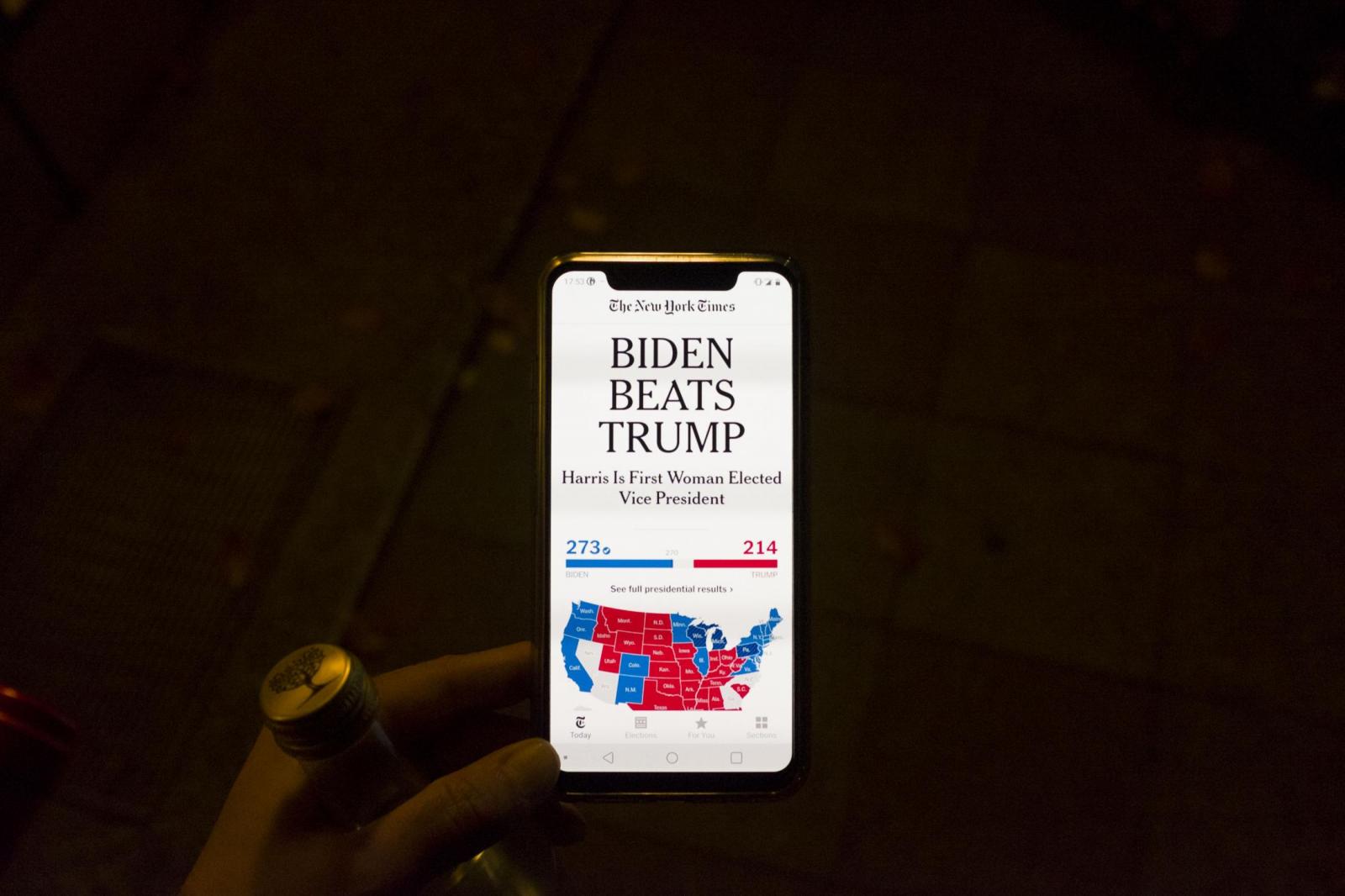 12 of 29 © 2021 The Visura Media Blog
Finally, on Saturday, after a walk in the park and a stop at the supermarket for an election get-together with my brother, The New York Times and several other news organizations call the race. Relief follows the days and nights of closely watching this election nailbiter from Berlin, Germany. 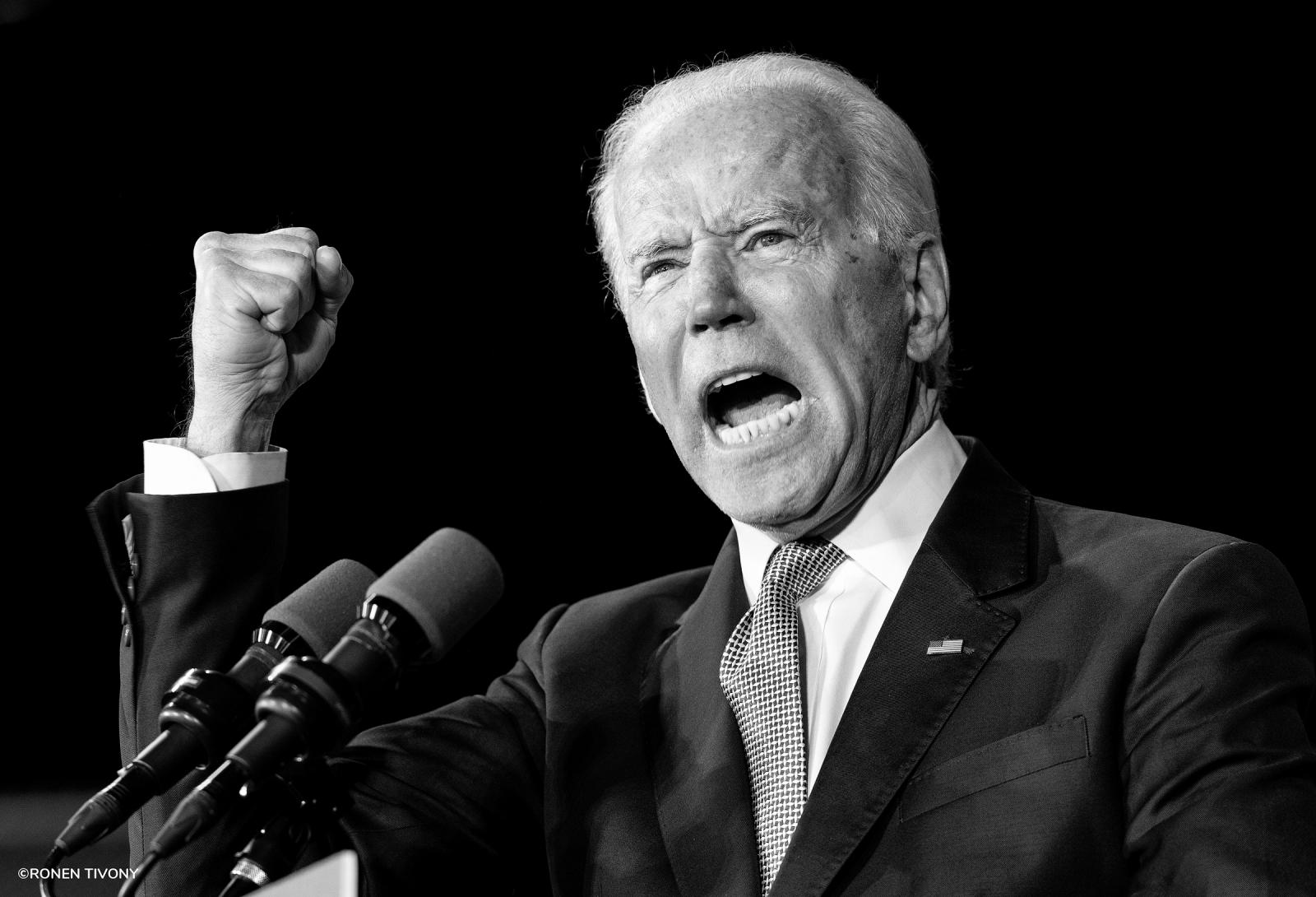 13 of 29 © 2021 The Visura Media Blog
Joe Biden speaks during a campaign rally in Los Angeles, California. 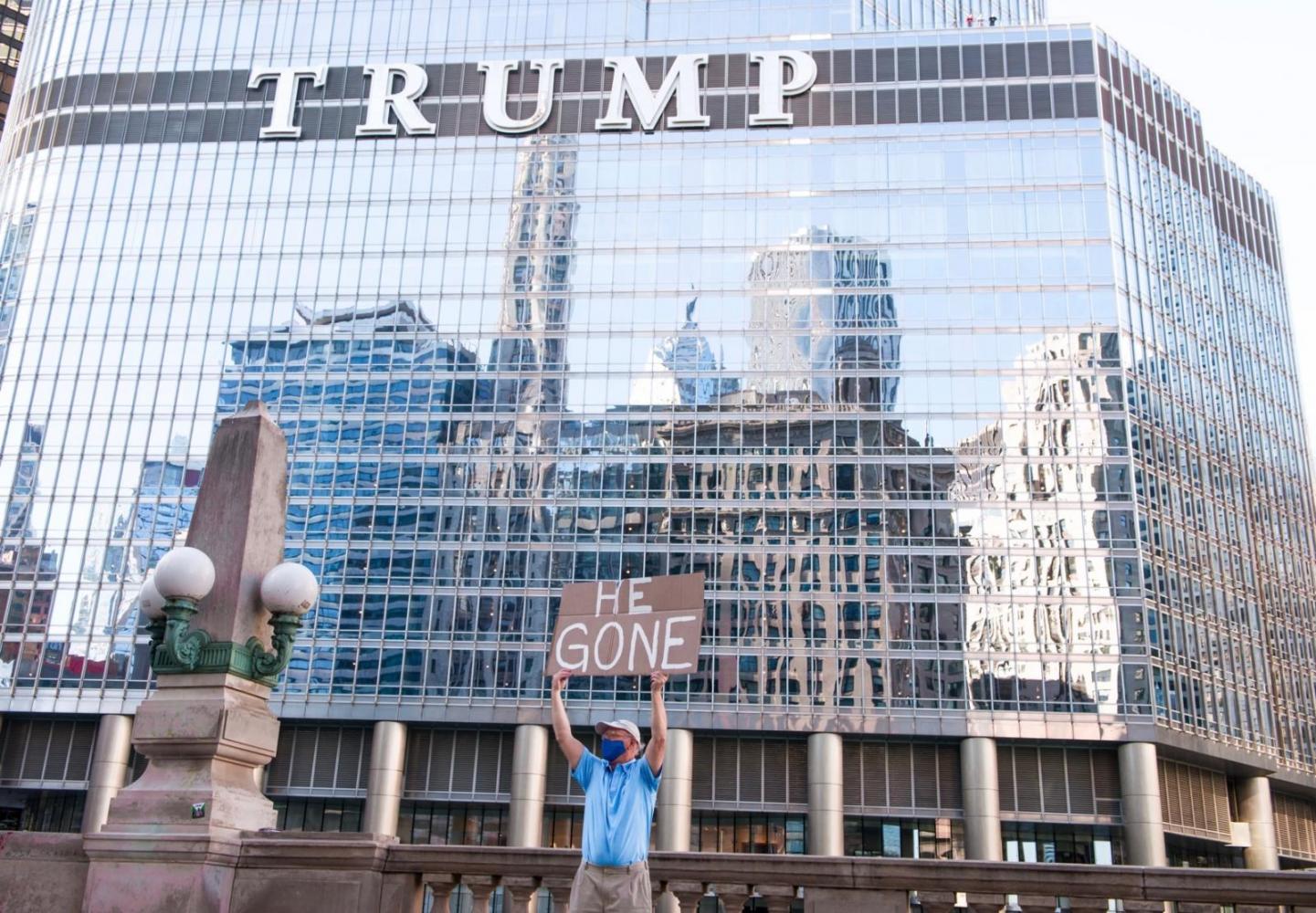 14 of 29 © 2021 The Visura Media Blog
In a city that’s known to widely reject trump, Chicago erupted into celebration after the election was called. 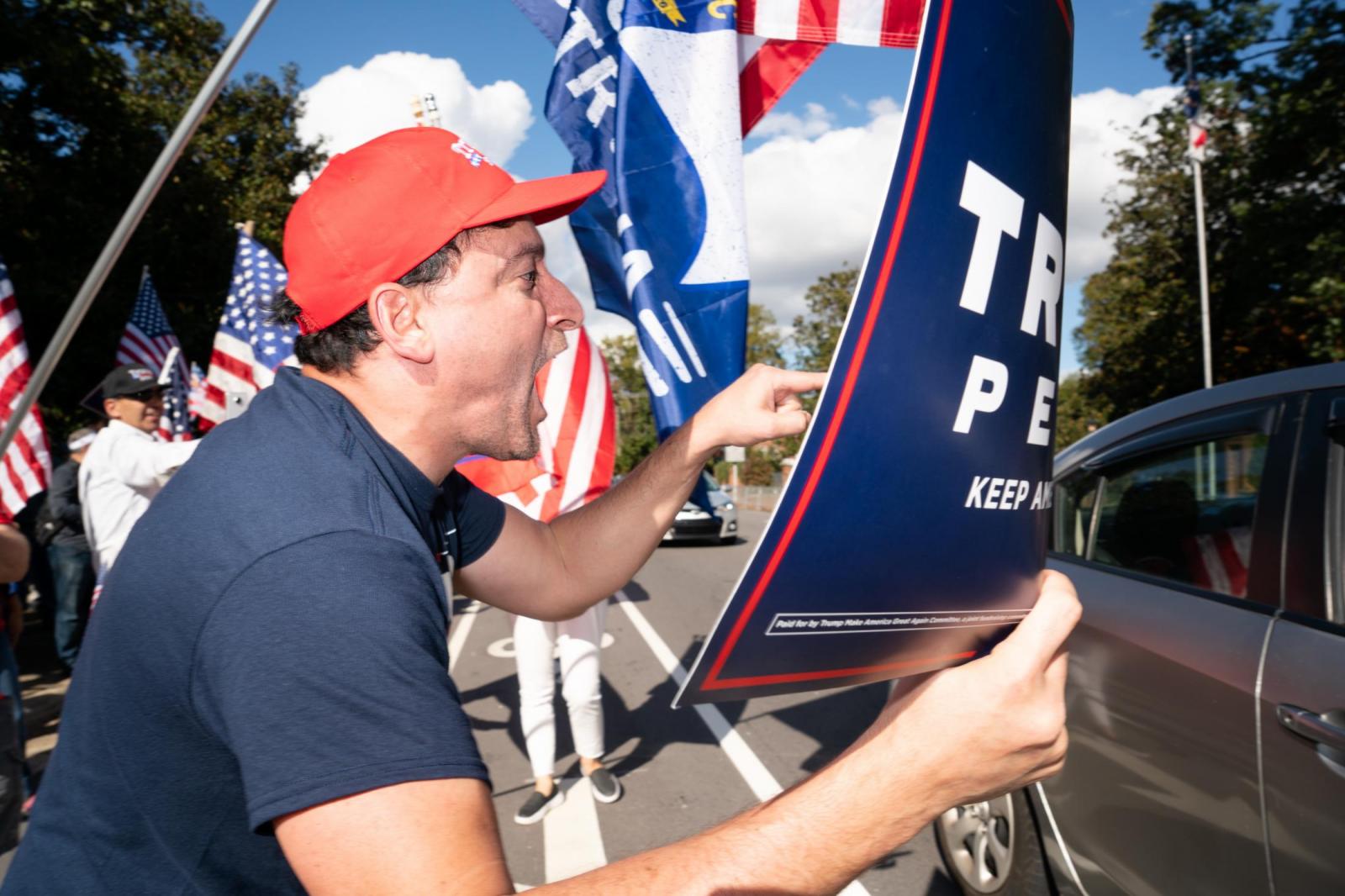 Trump supporters heckle and get into often heated exchanges with Biden supporters as they drive by. 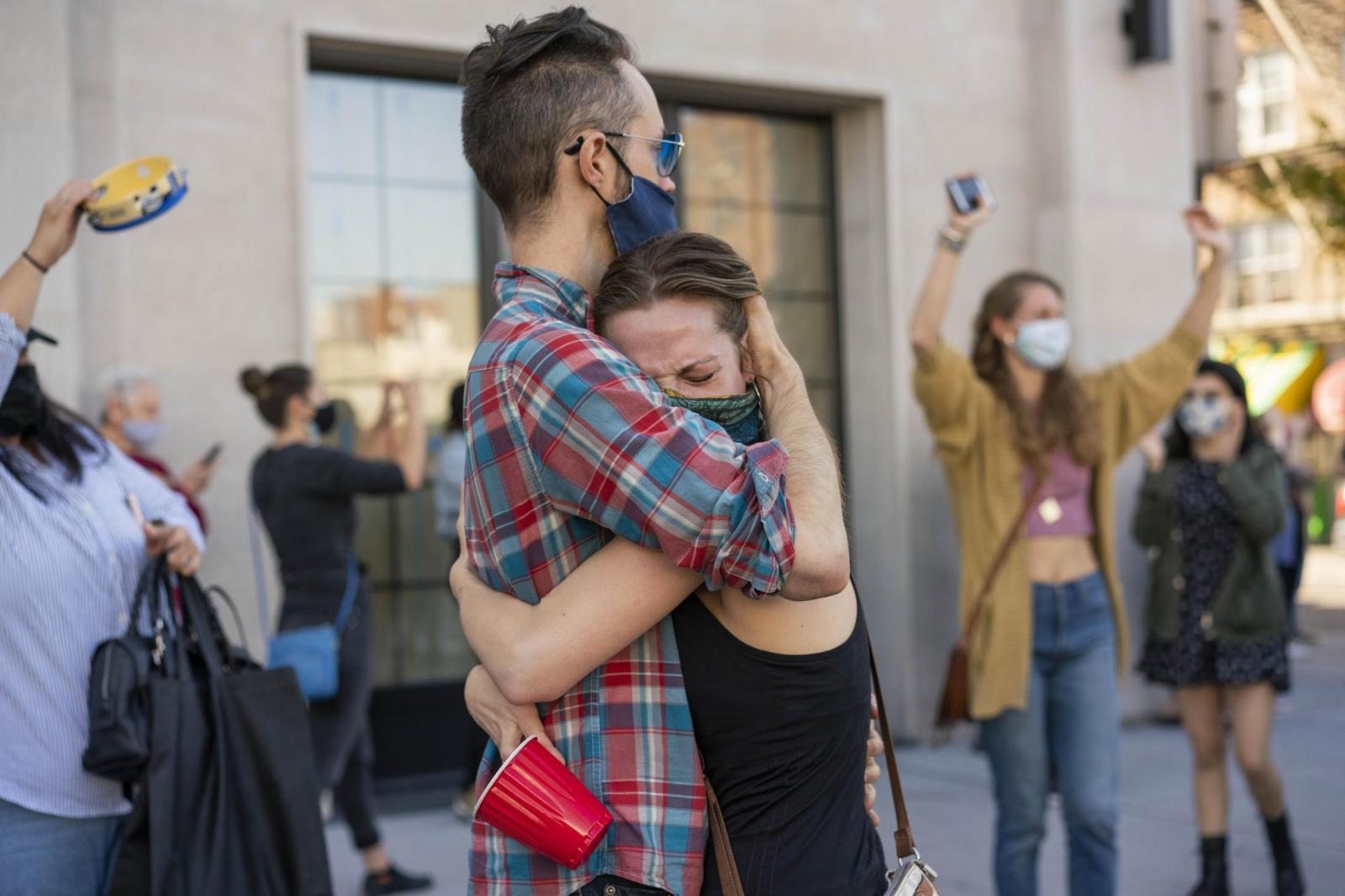 16 of 29 © 2021 The Visura Media Blog
Two people embrace after hearing that Joe Biden is the President-Elect of the United States of America during a celebration in Astoria on Nov. 2020 in Queens, NY. Joe Biden received a record-breaking 75 million votes during the 2020 Presidential Election against Donald Trump. 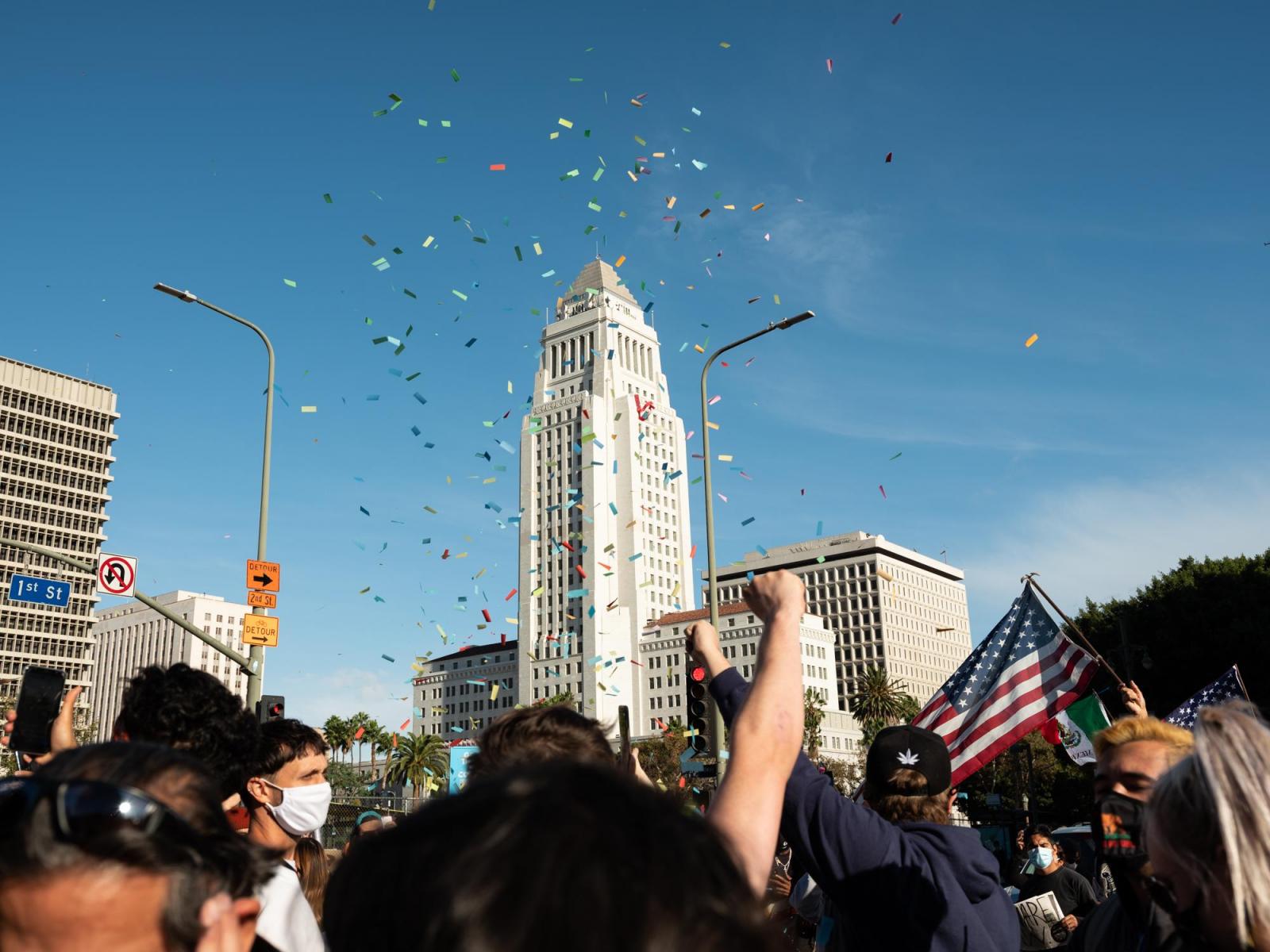 17 of 29 © 2021 The Visura Media Blog
On November 7, 2020, American news organizations announced that Joe Biden had officially won the presidential election, with Kamala Harris as Vice President-Elect. Immediately, people all over the country and the world took to the streets to hail the end of Donald Trump's tenure. Despite the ongoing pandemic, downtown Los Angeles was no exception, as people danced, drank champagne, and marched through the streets for hours in celebration. 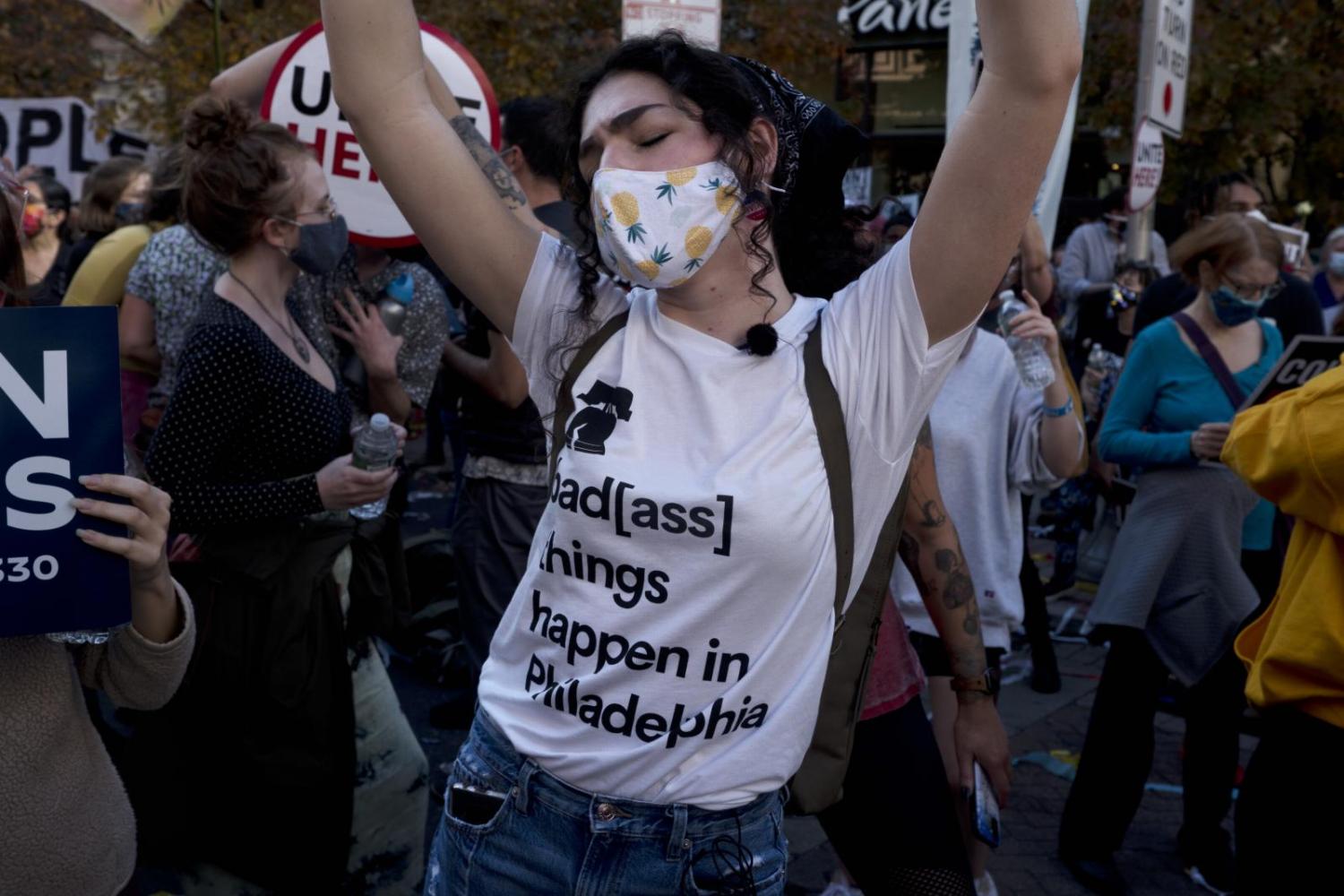 18 of 29 © 2021 The Visura Media Blog
"Count Every Vote" protesters dance in the streets outside the Philadelphia Convention Center on Friday, November 6, while ballots are being tallied inside. 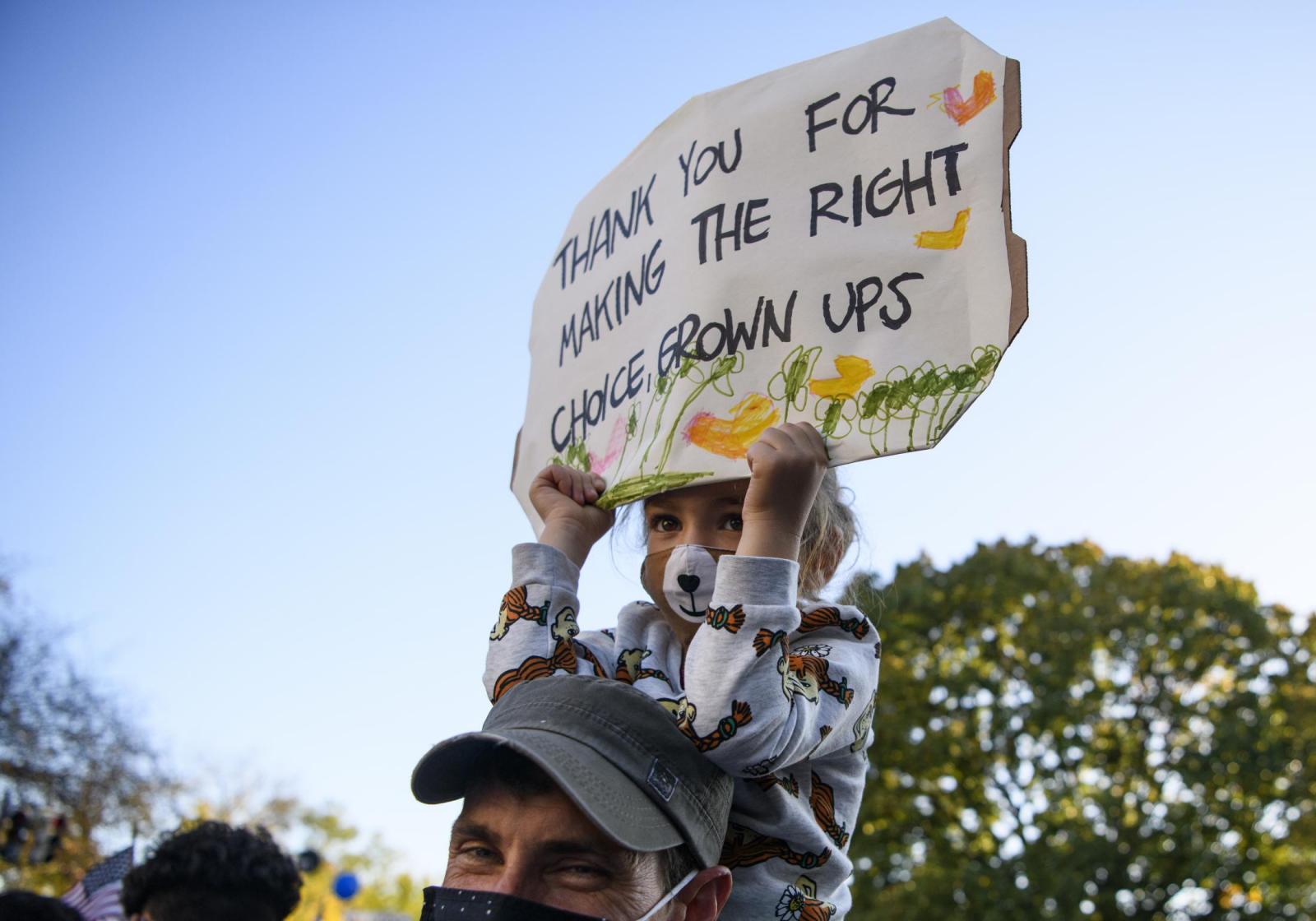 People from Baltimore-Washington Area gather around the White House to celebrate the announcement of Joe Biden's election as the Next President of the United States. 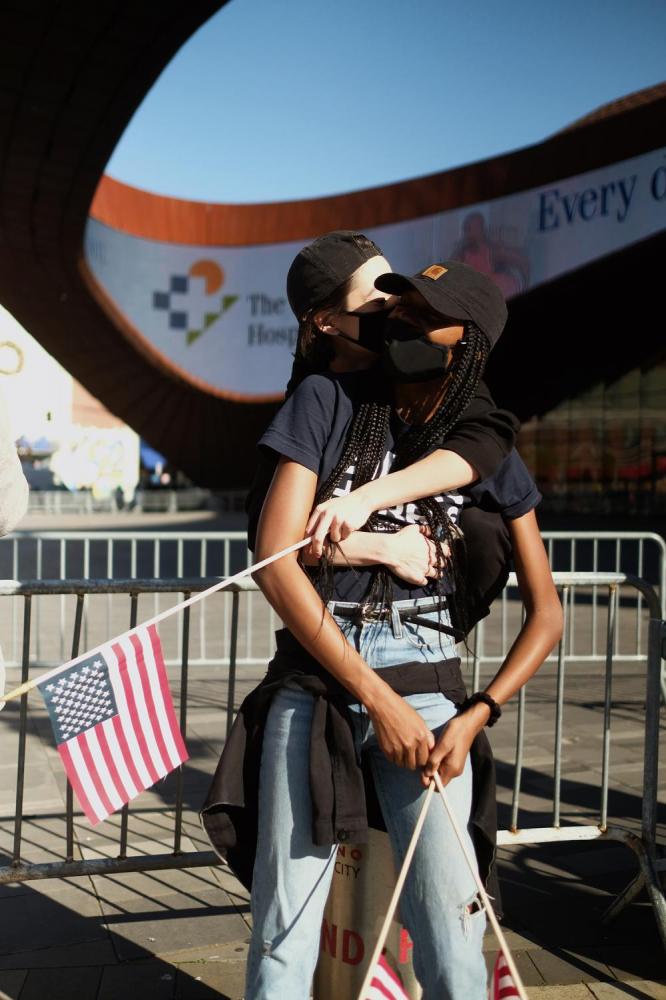 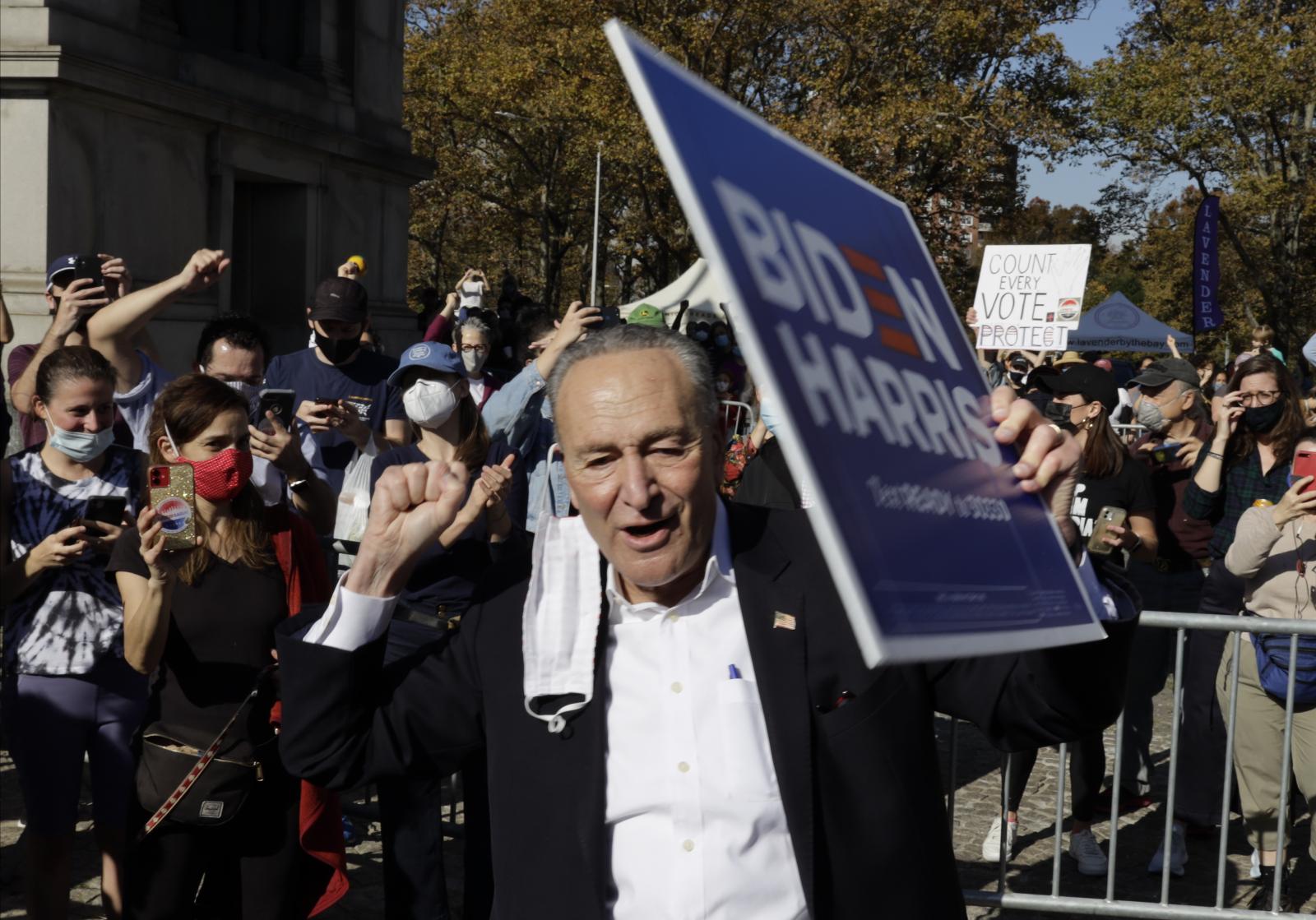 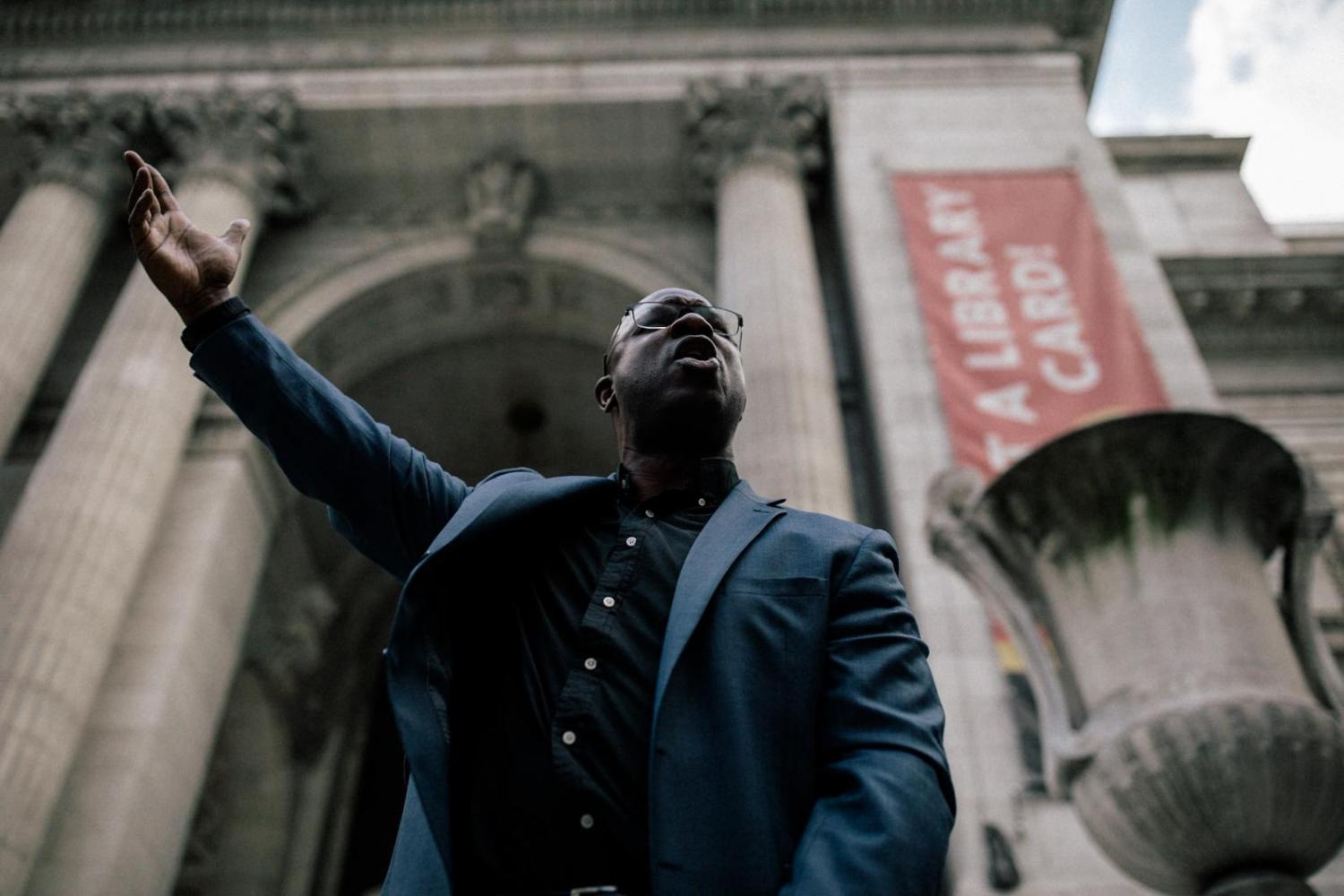 Jamaal Bowman, founder and first principal of the Cornerstone Academy for Social Action (CASA) a public school located in the north-eastern neighborhood, Baychester in the Bronx, speaks to a crowd of 90-110 people during a rally organized by The Young Turks’ founder Cenk Uygur, with the goal to help organize local progressive activists with the tools and literature to help educate their communities in New York City and greater New York area, at the New York Public Library’s Stephen A. Schwarzman Building, in the Manhattan borough of New York City, New York, September 9, 2019. Bowman has taken a page out of the Bronx Progressive Democrats playbook after announcing his official run for office on June 18th of 2019, where he will be running his insurgent campaign to unseat the 30-year veteran democrat Eliot Engel in the NY-16 Democratic Congressional District, a district that occupies a portion of the Bronx and Westchester County. 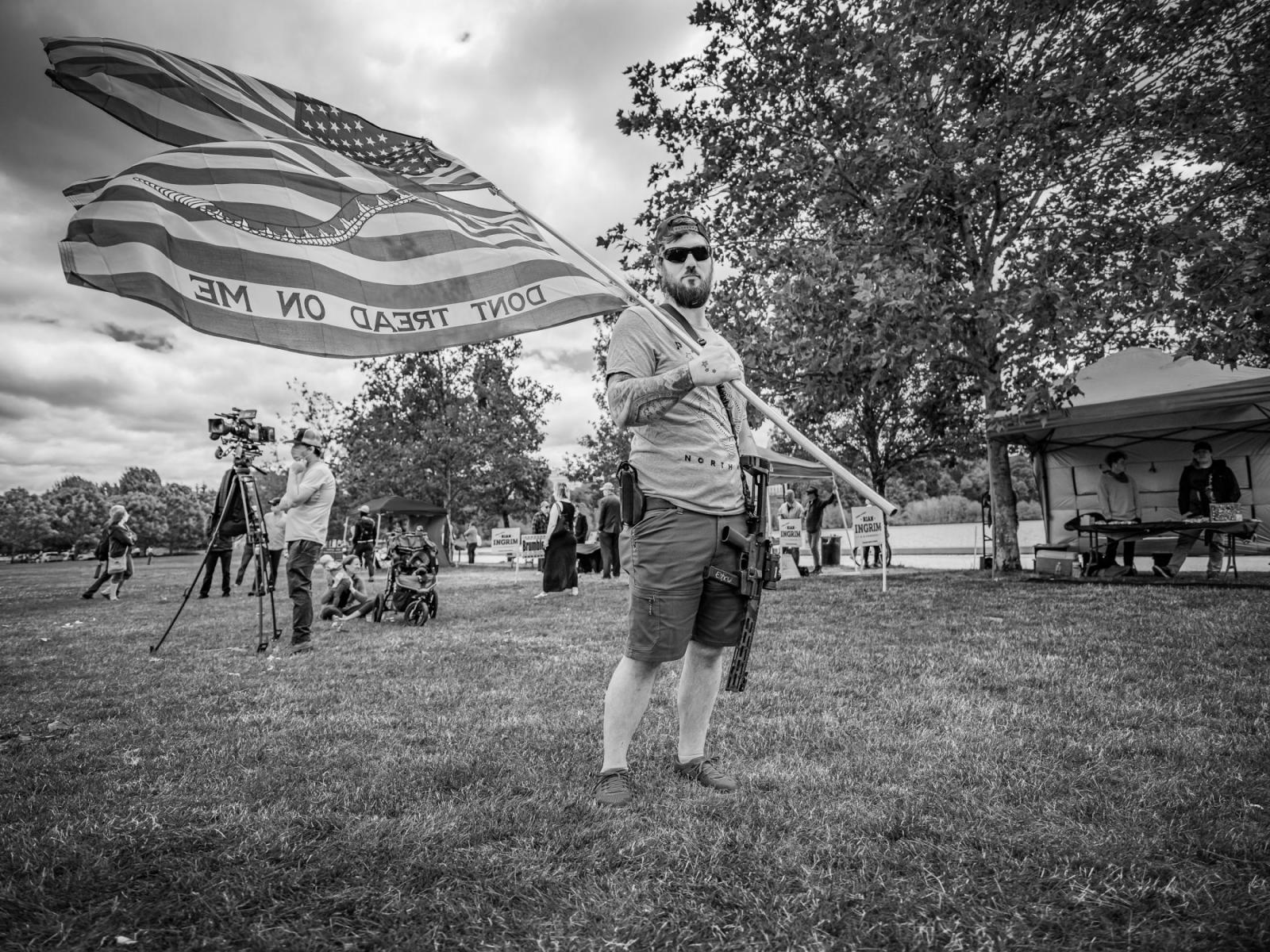 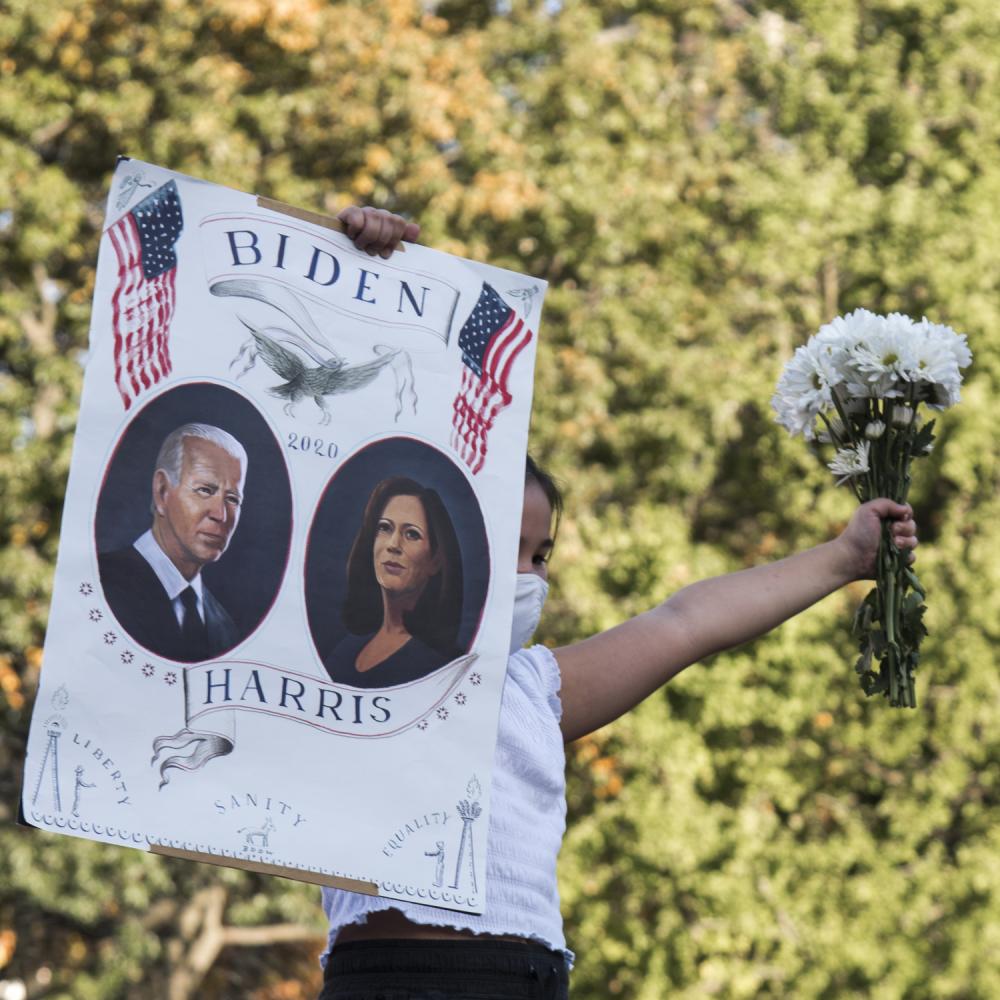 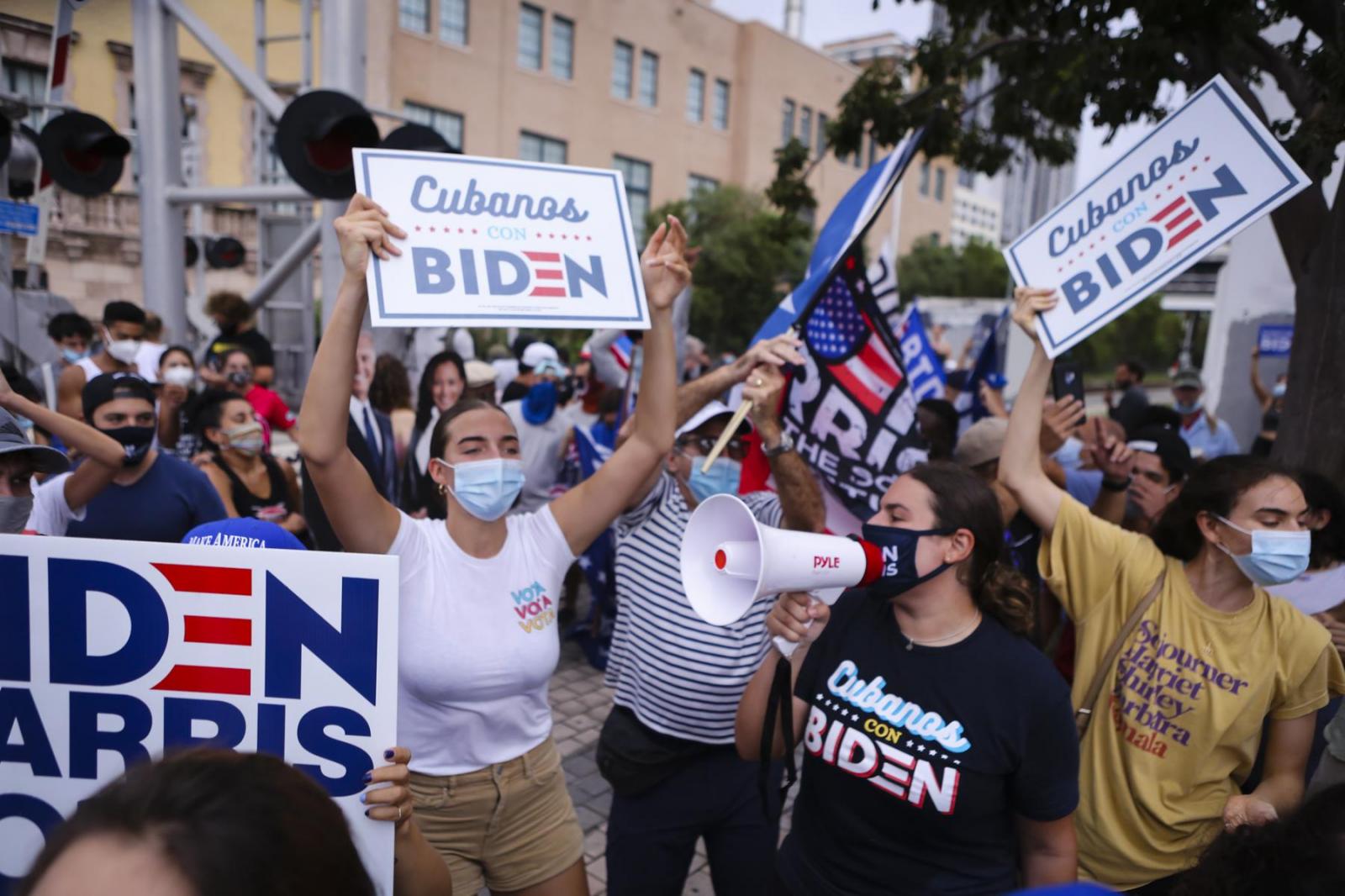 25 of 29 © 2021 The Visura Media Blog
Election angst ends as the streets of Washington, DC erupt in celebration over a Biden/Harris victory.

Supporters of the Democratic party celebrate Joe Biden's win as 46th US President in Miami, Florida on November 7, 2020. 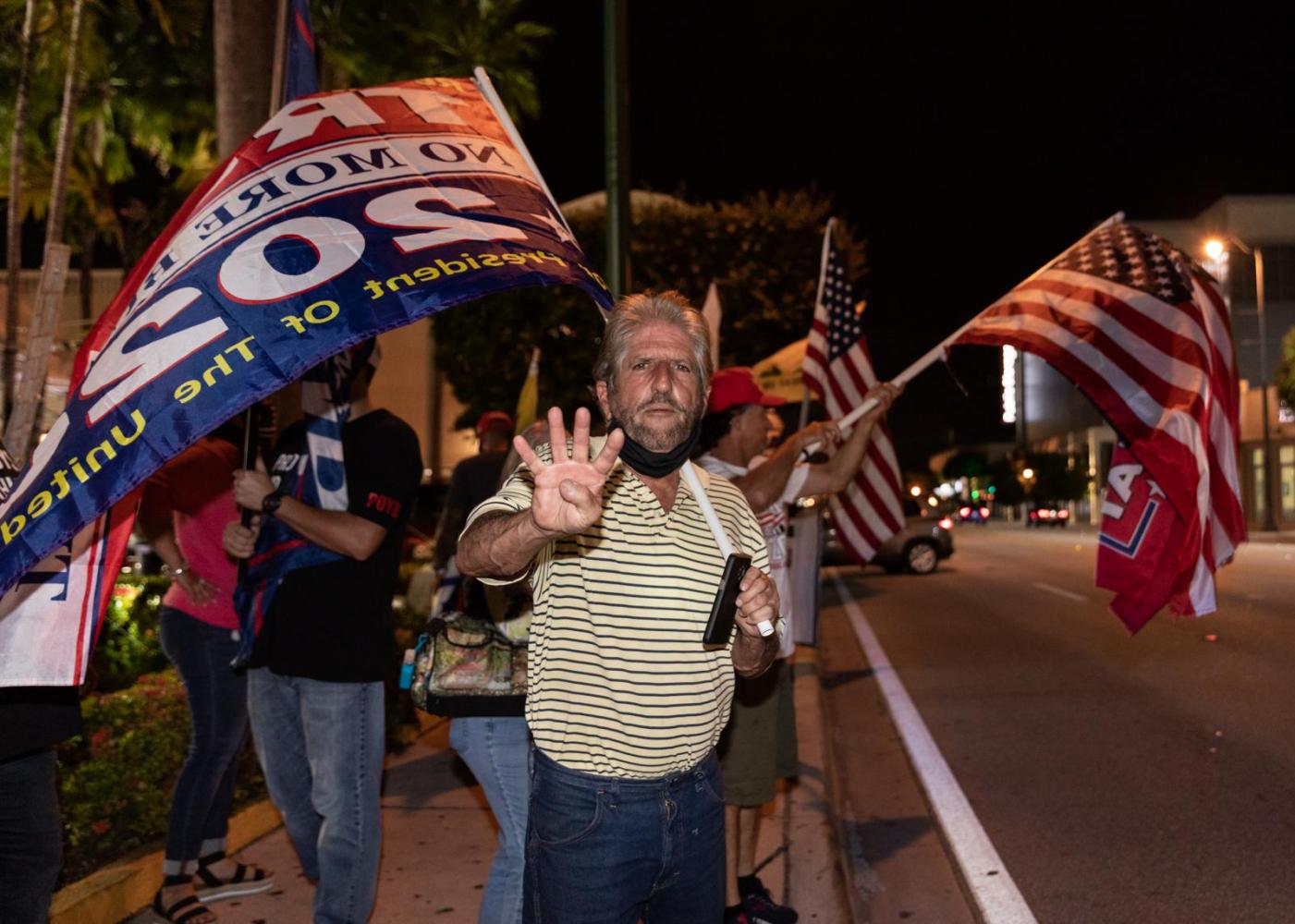 Miguel A. Saavedra, the founder of the organization, Vigilia Mambisa, has been a fixture in Miami's Cuban-American community for decades. He frequently organizes protests in front of Versailles Restaurant in Little Havana, and has been accused of being a paid operative of the Republican Party. 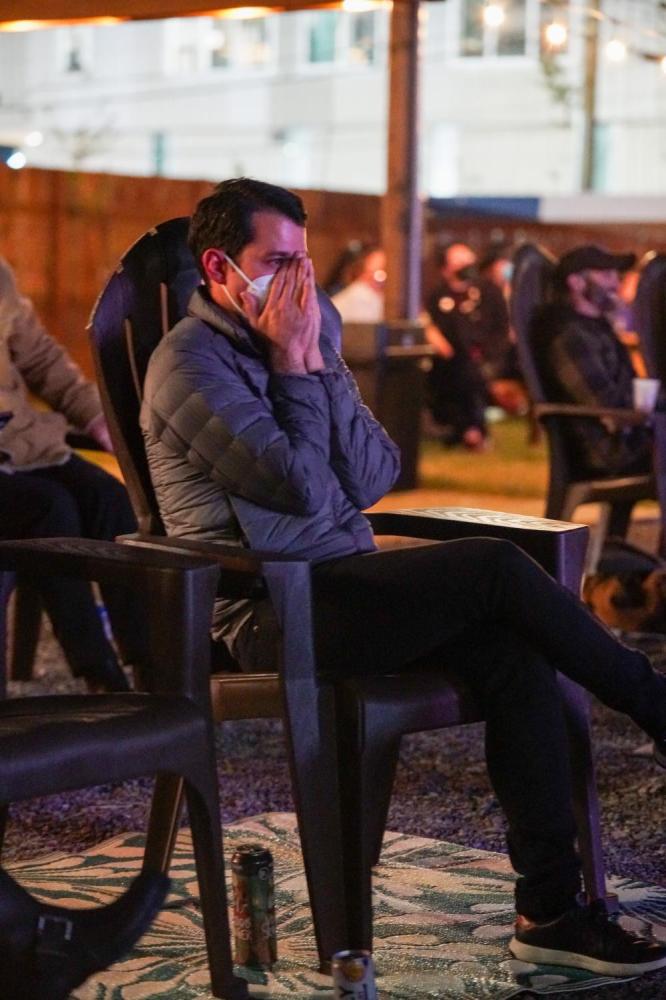 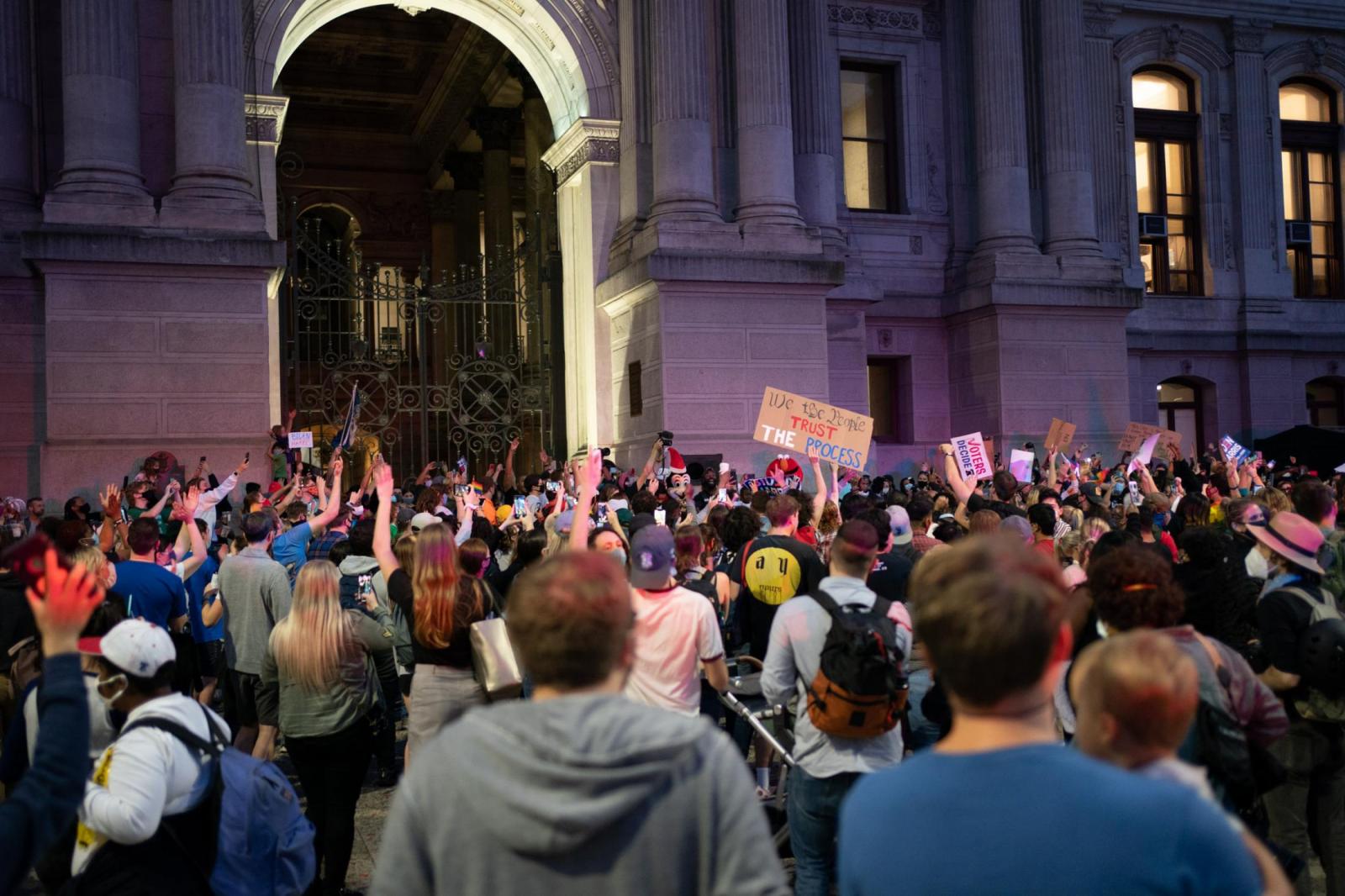 28 of 29 © 2021 The Visura Media Blog
Protestors calling for a fair vote count and Trump supporters stood outside the Philadelphia Convention Center and Independence Hall in Philadelphia, Pennsylvania in the days after Election Day as they awaited the state's election results. Philadelphia's streets erupted with dancing, singing and celebrating as soon as the AP called the race for Joe Biden and Kamala Harris on November 7th, 2020. 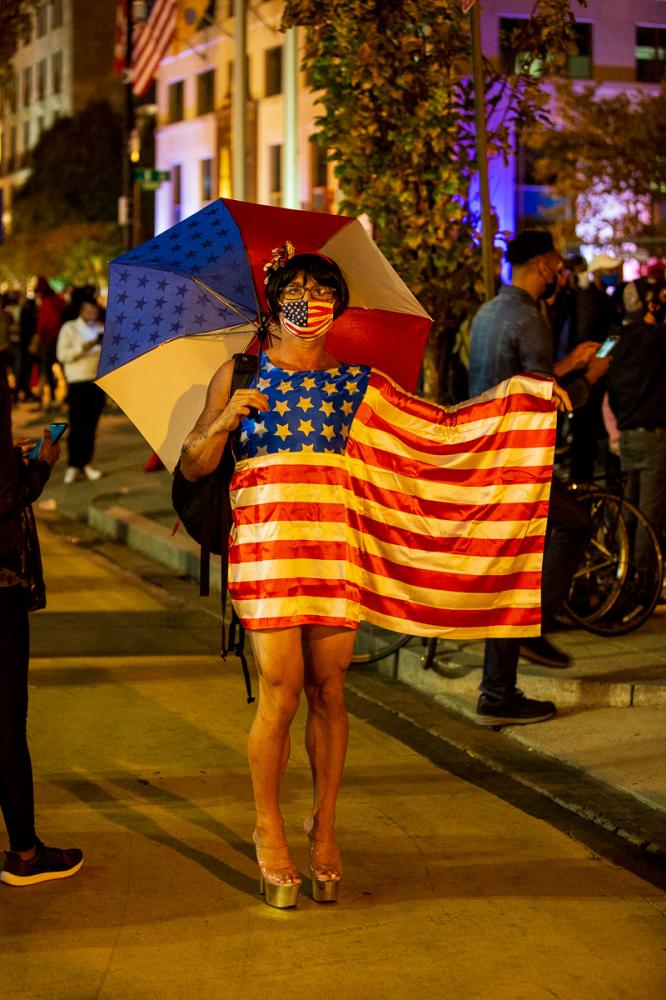 29 of 29 © 2021 The Visura Media Blog
Election angst ends as the streets of Washington, DC erupt in celebration over a Biden/Harris victory.

Photographers:
The list below is in no specific order.

Based in Washington D.C.
Visura: @ericchang

By The Visura Media Blog — Visura is delighted to invite you to a Q&A via Zoom with NOOR award-winning Spanish filmmaker and..
Apr 28, 2021