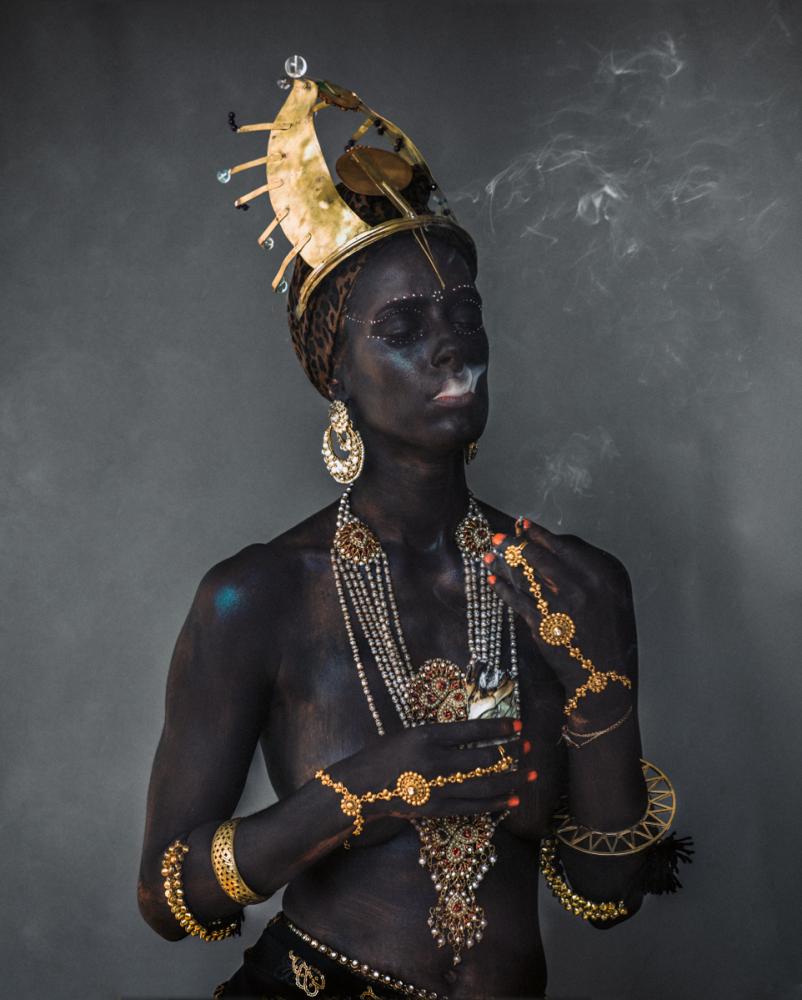 Editors Note: Delphine Diallo is a Brooklyn-based French and Senegalese visual artist and photographer. With a focus on portraiture, Diallo combines photography with social activism to empower women, youth, and cultural minorities. Clary Estes interviewed Delphine Diallo about her life, work and vision for Visura Media’s Spotlight series in June 2019. For part II of this interview, Clary discusses with Diallo her early photography projects and how she works to empower those she photographs.

“The feminine is fluidity”

Delphine Diallo’s early project titled ‘Highness’ was her first foray into exploring the manifestation of the divine feminine within the world. The series presents an array of portraits that highlight the power of the female gaze across cultures.

The project was created in collaboration with artist Tresse Agoche who produced the hair sculptures depicted in Diallo’s work, and fashion designers’ Soull Ogun and Dynasty Presh.

When describing what motivated to begin this project, she explains: "I decided to [photograph] women of color because they can’t see themselves (just) like I couldn’t see myself. They are stuck like I was stuck inside of my black body."

"As a person living in a black woman’s body, everybody sees my black body first. I’ve been sexualized. I’ve been exoticized. I’ve been made to be everything but who I am. So I feel very out of place...[Popular culture has] a very narrow view of these women and [one that] doesn’t incorporate their education or their mind or their abilities as changemakers.”

Diallo’s interest in global culture and how women inhabit it is an assertion that that which is divinely feminine is brimming with power. Early in her career, she thought it would be amazing to define both her work and new societies as something that grows and transforms from what she calls the divine feminine. She explains:

"The divine feminine force is a force for consistent change and renewal. People in the art world don’t talk about that aspect of the feminine enough and how it can help art and society continue to grow for it is a perpetual and renewable resource for growth and change.” 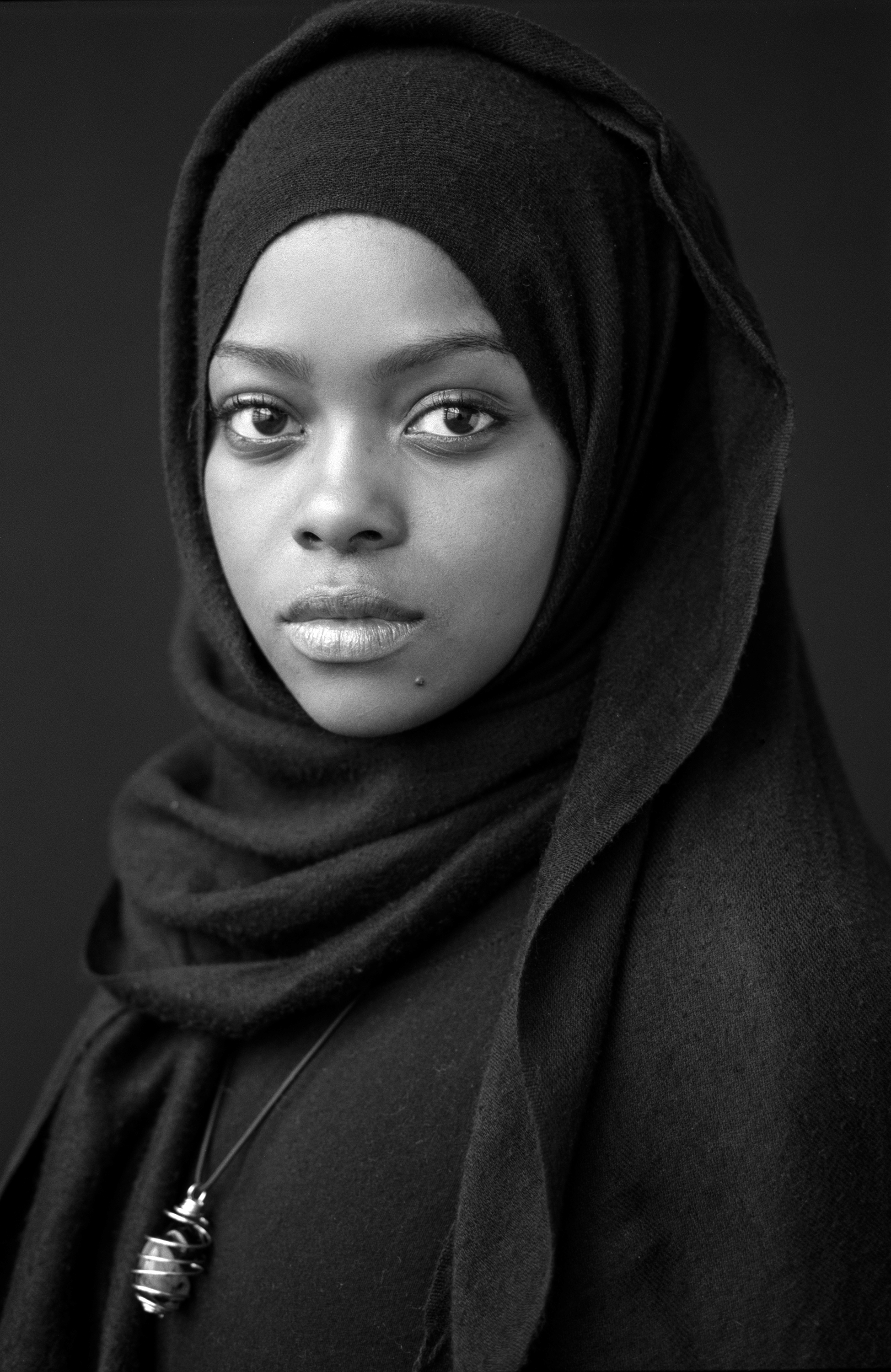 From the project "Women of New York" Photo by Delphine Diallo

Diallo then went on to create ‘Women of New York’, a series and book of portraits that highlight women of all different walks of life in New York. While making the portraits, her goal was not just to visually depict feminine power in each of the women, but also create the opportunity for women to connect with each other and interconnect the power that lies within them to make a positive change in their world.

“Where are my peers?” Diallo asked,  “Why aren’t they talking? Why aren’t they showing up? Why do we have to keep listening to superficial people? Where are these high-conscious people I know are out there?

Through her work, Diallo makes herself accessible for other women to find and connect with her, something she finds exhilarating.

"I am starting to realize that our society is a system; I am not separated from it. Hopefully, in the next 20 years, we are going to be an entirely new society of high-conscious people and we will be connected worldwide.”

Diallo’s distinct non-linear style and approach to image-making and storytelling propel everyone to recognize, accept, connect with, and respect women, Black women, and all who have been historically ignored, excluded, denied or marginalized.

PART I NEXT: PART III

By The Visura Media Blog — Visura is honored to welcome the International Women's Media Foundation (IWMF) to the Visura community and invites female photojournalists..
Feb 10, 2020

By Interview by Ioana Friedman for The Daring — “From a tech perspective, we always have a choice. Do we want to foster respect, integrity, kindness, and unity, even when we differ? And..
Nov 27, 2019