Editor's note: The Reframe Column is a series of essays and interviews aimed at examining new media and visual storytelling. For this three-part interview series, Clary Estes sat down with New York-based British editor and business manager Stephen Mayes to discuss the state of photojournalism. For Part II, we will discuss Stephen Mayes’ perspective on some of the results of introducing new technological developments for image-making and publishing in the photojournalism industry. We will also reflect on Mayes’ assertion that new image-making protocols open the door of possibilities to new methods of storytelling and subject-creator-audience engagement.

Stephen Mayes has observed how the new technological developments for image-making and publishing have created both obvious and more opaque disruptions within the photojournalism industry. However, he believes that the acknowledgment of these disruptions is focused more on the symptoms of these developments than the core changes of the tools.

Mayes reflects that while the technology for image-making today is new, for many photographers, the method hasn’t changed much.

“A DSLR feels much the same as an SLR” yet, “even if the method feels similar, the implications of working with the new technology are completely new.” One current issue at hand, he points,  is that “all the protocols [in photojournalism] are changing”, yet, he continues, "our industry has not really recognized this yet because there’s no awareness of the profound differences between the analog and digital processes.”

Mayes continues: “I don’t think people feel uncertain [in this new technological landscape], but they really should. There’s tremendous distress about the economic fallout [that has resulted in the development of these new technologies – from the rise of the internet market to the increased use of photo illustration, to virtual and augmented reality], but I don’t hear anyone expressing uncertainty about the protocols of journalism.”

Mayes recognizes that the protocols are going to change, and are arguably in the process of changing now, with or without the input or involvement of the photojournalism industry.

“The rules [for photographic image-making today] are being written by people who have no knowledge of the history of photography and no interest in the history of photography; app developers, programmers, and hundreds of people every day are applying for funds to develop programs and software around imagery and creating images in all sorts of ways, which isn't remotely photography. These are the people who are writing the rules now. We don't yet know what those protocols will be.”

“Our perception [of what “photography” really is] is distorted by the history we are bringing to it. We find ourselves unable to actually look at what's in front of our eyes because we think [we are looking at] a photograph and [we’re] not."
—Stephen Mayes

A shift in understanding imagery.

Mayes recalls how this radical shift in how a culture understands imagery has happened before in the history of photography starting at inception in the 1840s. He explains:

"In fact, when what we now call ‘photography’ came into being in English speaking languages, the word ‘photography’ existed, but it wasn't really used. The phenomenon was called ‘ photogenic drawing’ because it was considered an image for evidence of drawing... The whole culture was referring to drawing because that's what they understood and that’s why they were using this funky new technology.

So as people are now forensically going over Alexander Gardner and Fenton’s images of Crimea and the American civil war, counting cannonballs and saying ‘this couldn't possibly have been true,’ and, ‘he moved the body here,’ and thinking, ‘Oh, this is terrible!’ You have to remember they weren’t doing photography, they were drawing. They were following the same kind of rules that say Goya was using when he made his work, [Disasters of War]. We believe the truth that Goya told us, we know he was drawing that truth and we accept it, but we critique these photographers because they were using photography as though it was drawing.”

Stephen Mayes makes this distinction as an analogy to where photography is today. He specifically refers to the inception and subsequent lineage from digital image-making, to photographic illustration, and developing CGI and GAN technologies:

"Our perception [of what “photography” really is] is distorted by the history we are bringing to it. We find ourselves unable to actually look at what's in front of our eyes because we think [we are looking at] a photograph and [we’re] not..”

According to Mayes—the investment in developing, understanding and accepting of new protocols around image-making may open the doors of possibility to a variety of new methods of storytelling and subject-creator-audience engagement.

For example, he explains how photo illustration in its early days did cause a great deal of confusion, and at times distrust, in the industry. The disbelief was a result of audiences and publishers being unsure of what the new image protocols were in the new digital image landscape. The reality of what audiences were actually viewing in media became unclear for viewers, many of whom began questioning what they were looking at. However, within a few years, we were able to assimilate this new culture or ways for publishing and photojournalism. Mayes believes that history will repeat itself when it comes to this experience.

In an article for the book, Images in Conflict, published in 2018, Mayes further exemplifies the speed with which new protocols are developing as evidenced by two magazine covers. one published by Newsweek in 2005 and the second cover published by TIME Magazine in 2009. 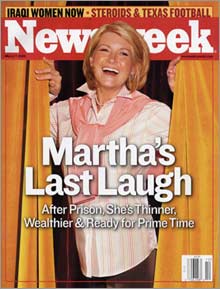 The first example Mayes offers is of a cover image of the celebrity broadcaster Marth Stewart published by Newsweek on March 6, 2005, in anticipation for her release from prison that month, having served time for insider trading. The cover image featured Martha Stewart apparently looking ready to start a new life feeling thinner and stronger as she jumps out from behind a theatrical curtain. The photo illustration was created by blending a studio image of a thinner model with a file picture of Stewart’s face. In spite of the picture credit on page 3 identifying the image as a ‘ photo illustration,’ there was a widespread and furious public reaction accusing the magazine of giving viewers a false perception. Newsweek issued an apology. 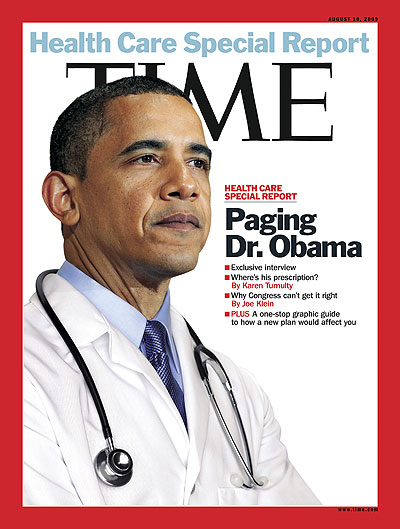 The second example Mayes offers is of a similarly constructed photo illustration of the newly elected President Obama dressed as a medic, which illustrated a feature about his plans for healthcare reform, and was published on the cover of Time Magazine on August 10, 2009. Stephen recounts how he scoured the media online and in print to monitor the reaction unable to find any comment or reaction. This led him to believe that a new protocol had been accepted by a public now, only four years later, familiar with the concept of photo illustration.

Mayes accepts that today’s photographic image is no longer limited to its frame, especially within the new digital realm and that is precisely what he is interested in discussing: the fundamental nature of all imagery made digitally, whether it is manipulated or not. Mayes concern is not the use of these new technologies, for image-makers and publishers are always taking on new storytelling tools. Rather, he is mainly worried about the industry's passive conversation around the importance of contextualization and addressing the implications of the new protocols that can easily spark confusion and fervor amongst audiences.

In Part 3 of this interview, Clary discusses with Stephen Mayes his perspective on the business, ethics, and customs of new media.

The Mellon Foundation invites you to Puerto Rico Now! –– An Online Event

The 2022 The Arnold Newman Prize for New Directions in Photographic Portraiture.

The Cleveland Museum of Art presents The New Black Vanguard: Photography between Art and Fashion

Monroe Gallery presents the exhibition "Imagine a world without photojournalism"

The International Center of Photography: A Trillion Sunsets

Invite to The Alexia Q&A Zoom Session on Thursday, February 24 at 11:00 AM EST