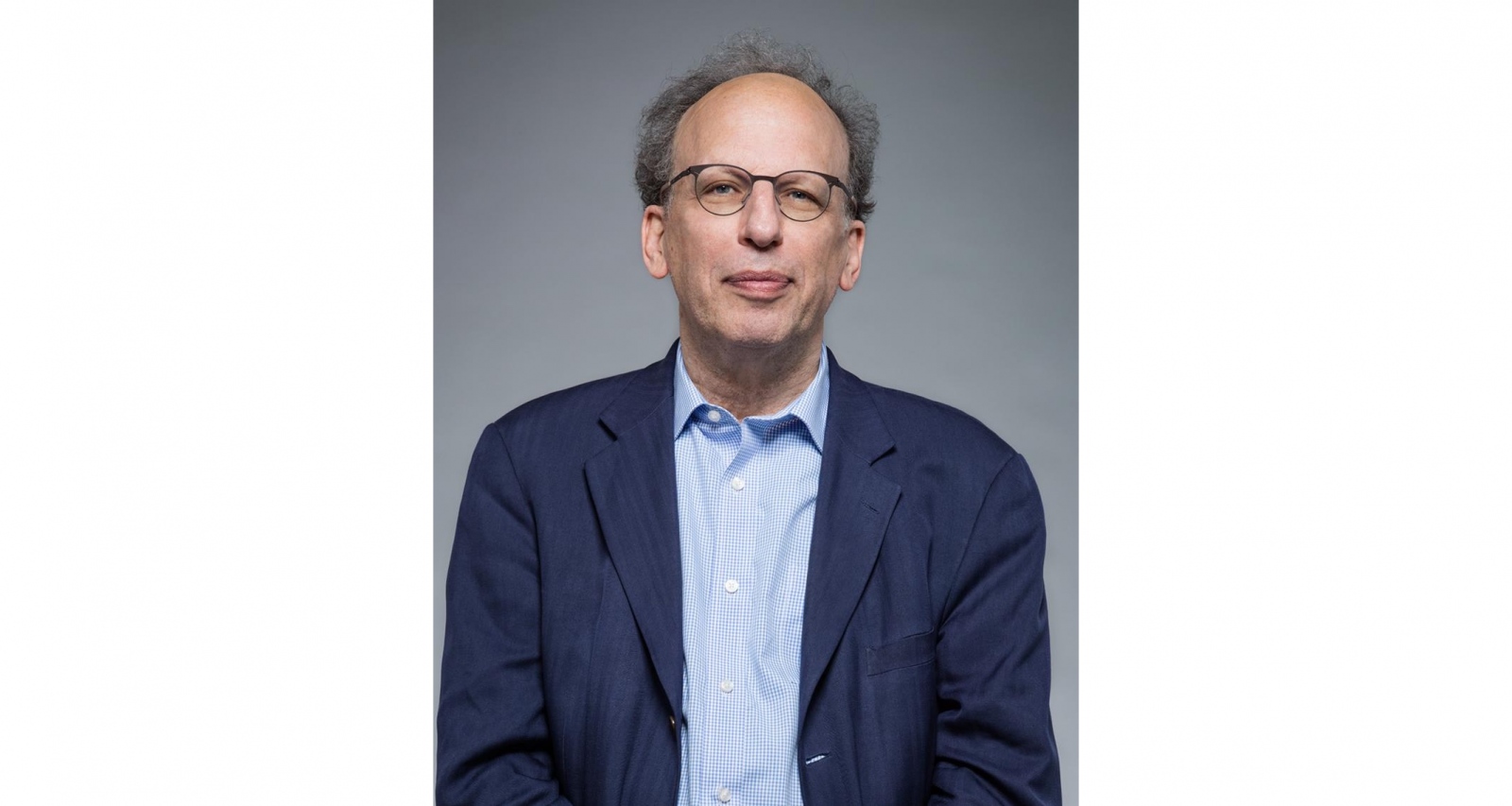 Editor's Note: For the first installment of this multi-part series, writer Clary Estes sat down with educator, author & Dean Emeritus of the International Center of Photography (ICP) School Fred Ritchin to discuss the role technology has played in visual storytelling, photojournalism, and media, including the challenges and opportunities of the digital media revolution since the mid-1980s.

Let’s face it. It’s no surprise but we can fix this.

Dean Emeritus of the International Center of Photography (ICP) School Fred Ritchin has been portending the challenges and opportunities of the digital media revolution and its consequences on the photojournalism landscape since the mid-1980s. From the biggest photo-manipulation scandals of the 1980s and 90s that contributed to the normalization of misrepresentation of the image from a literal to a contextual perspective—Ritchin has been scrutinizing the role of technology and its ethical standards, issues, and opportunities with the hope to course-correct years of sequential ethical missteps.

Ever vigilant to the shifts, ethical issues, challenges and opportunities of the photojournalism and visual storytelling industries, Ritchin has been a kind of lighthouse in our often murky industry, warning of missteps and lighting the way for photographers, editors and audiences during the digital age. An advocate for rigorous ethical standards in photojournalism, Ritchin can be said to be interested by those who use their or others’ visual media in a way that “comfort[s] the afflicted and afflict[s] the comfortable,” ( as Finley Peter Dunne’s Mr. Dooley postulated in the 1893 Chicago Evening Post ). Fred Ritchin has made a name for himself disturbing the complacent, especially when some of those are the very gatekeepers and cornerstones that brace the photojournalism industry.

Ritchin’s path as an ethical philosopher in the photojournalism industry’s move into the digital began when he proposed an article on the subject in the early 1980s to the New York Times Magazine, where he had been picture editor. It was then that he was first introduced in person to Scitex America Corporation’s Response 300 system,  a computerized color prepress system which included an integrated color drum scanner, image editing workstation, and laser film plotter.

Through this new technology, he foresaw an inevitable future shift transpiring in the landscape of photography as it moved into the digital age.

Demonstrated at the Global Entrepreneurship Congress EXPO in Milan, Italy in 1979—the Response 300 system was the first foray into the brave new world of photographic digital image manipulation and printing. The system allowed Ritchin to take a photograph of the New York City skyline by Gianfranco Gorgoni, insert objects and change various aspects of the image seamlessly. Throughout the image, Ritchin was able to shrink, grow, move and turn around or remove all together buildings within the frame, as well as add international landmarks within the vista (for example, the Eiffel Tower).

While today we take such manipulation for granted (even the most amateur digital photographer is able to manipulate the New York skyline on their personal computer or from a cell phone), in 1984, the technology was unprecedented and cutting edge. Back then, the camera was just starting on its way to becoming nearly analogous to its cousin, the computer. As cameras traded their gears and mirrors for pixels and image sensors, the image has become a philosophical stranger to the analog photojournalism of the mid-century. One can argue that a photograph is now more analogous to algorithmic streams of data than physical documents etched from silver and light.

“The computer is at the heart of a revolution in image-making."
—Fred Ritchin

Ritchin explained in his 1984 New York Times Magazine piece, 'Photography’s New Bag of Tricks': “The computer is at the heart of a revolution in image-making. It is now possible not only to make almost seamless composites of existing photographs and to alter images in such a way that the changes may not be detected but - using mathematics instead of a camera - it is possible to create images that are nearly photographic in their realism." With the last technique, it might even be possible at some future date to ''recreate'' long-dead movie stars to appear in new movies.”

Fast forward to 2019, where these predictions have become a quotidian reality of digital media creation, publishing, and distribution. The digital image has developed into a kind of boggart able to shift from one meaning to another across photographers, cultures, digital platforms, publishing outlets, and viewers.

From the Hollywood CGI resurrection of Peter Cushing, the more nefarious development of AI used to face-swap Hollywood stars into pornographic films, the questionable or fallacious photojournalism contests, awards and winners, to the digitally atrophied fashion models monopolizing magazine covers and the “fake news” images and stories virally spreading misinformation across social media platforms like Facebook, Twitter, WhatsApp and beyond, images are undoubtedly more than what meets the eye.

As a result, our industry must evaluate its present landscape and analyze the role of technology in image-making, publishing, and distribution. We also need to evaluate how digital photography and its interaction with social media affect the monetary value of the visual media content itself within the marketplace. As our community is working to prioritize actively addressing the problem of misrepresentation, along with the systematic devaluation of the image, in the media industry today rigorous evaluation has become ever more important.

In Part 2, which will be published next Tuesday, April 2nd, 2019—Clary Estes examines some of the subsequent events in the history of the digital photojournalism industry that he predicted in the early 80s after first examining the Response 300 system.  We explore Ritchin’s first foray into the discussion of image manipulation, and how liberties taken early on by publishers not only affected Ritchin’s trajectory as a philosopher of the industry but also prompted some of the problematic situations visual storytelling and photojournalism in media is coping with today.

By Visura Blog — Visura is delighted to announce a fund that includes 50 sponsored lifetime accounts for underrepresented..
Dec 4, 2021

The Visura Fund for Freelance Visual Journalists and Storytellers

By Visura Blog — Visura is delighted to announce that  Photojournalist Jessica Dipierro Obert  has been invited to..
Nov 14, 2021

The V-Profile: A Walkthrough + Q&A with Visura Founder Adriana Teresa! Let's do this!

By Visura Blog — Visura is delighted to invite you to a Q&A via Zoom with Visura founder Adriana Teresa about the..
Nov 13, 2021

By Visura Blog — The article "The new visual content ecosystem" published on Kaptur.co was written by Paul Melcher..
Nov 12, 2021

By Visura Blog — From a record-breaking 963 submissions, the top 10 entries have been shortlisted for the second..
Oct 13, 2021

By The Visura Media Blog — These days it's more important than ever to put your time and content into a trusted platform. We are..
Nov 17, 2020

By Visura Blog — Visura is delighted to invite you to a Q&A via Zoom with   Vision Workshops  founder Kirsten..
Jun 12, 2021

By Visura Blog — Visura presented an online Q&A via Zoom with the IWMF about The Anja Niedringhaus Courage in..
May 26, 2021

By Visura Blog — Visura presented an online Q&A via Zoom with NOOR award-winning Spanish filmmaker and photographer Pep..
May 24, 2021

By The Visura Media Blog — Visura is delighted to invite you to a Q&A via Zoom with NOOR award-winning Spanish filmmaker and..
Apr 28, 2021

By By Kisha Ravi + Laura Beltrán Villamizar for Visura Media — Puerto Rico is a place of deep ancestral roots that stem back to Native American, Northern European,..
Mar 18, 2021

By The Visura Media Blog — Visura is delighted to announce that Ghanaian photographer and visual storyteller Nipah Dennis has joined..
Feb 10, 2021

By The Visura Media Blog — Visura is delighted to highlight images from exclusive stories by 15 visual storytellers and journalists..
Dec 30, 2020

By Curated by Shuran Huang for The Visura Media Blog — As we welcome 2021, Visura is delighted to highlight success stories in 2020 by 25 women visual storytellers..
Dec 30, 2020

By The Visura Media Blog — Visura is delighted to announce that Koral Carballo has joined the Visura Mentorship Program. Throughout the..
Dec 4, 2020

By The Visura Media Blog — Parts of a Whole — Blissfully Aware In 2008, when media jobs dried up overnight because the economy..
Jan 10, 2020

By The Visura Media Blog — Visura is delighted to announce that Citlali Fabián has joined the Visura Mentorship Program...
Dec 3, 2020

By The Visura Media Blog — Visura is delighted to announce that  Maya Valentine  has joined the Visura Mentorship Program...
Oct 25, 2020