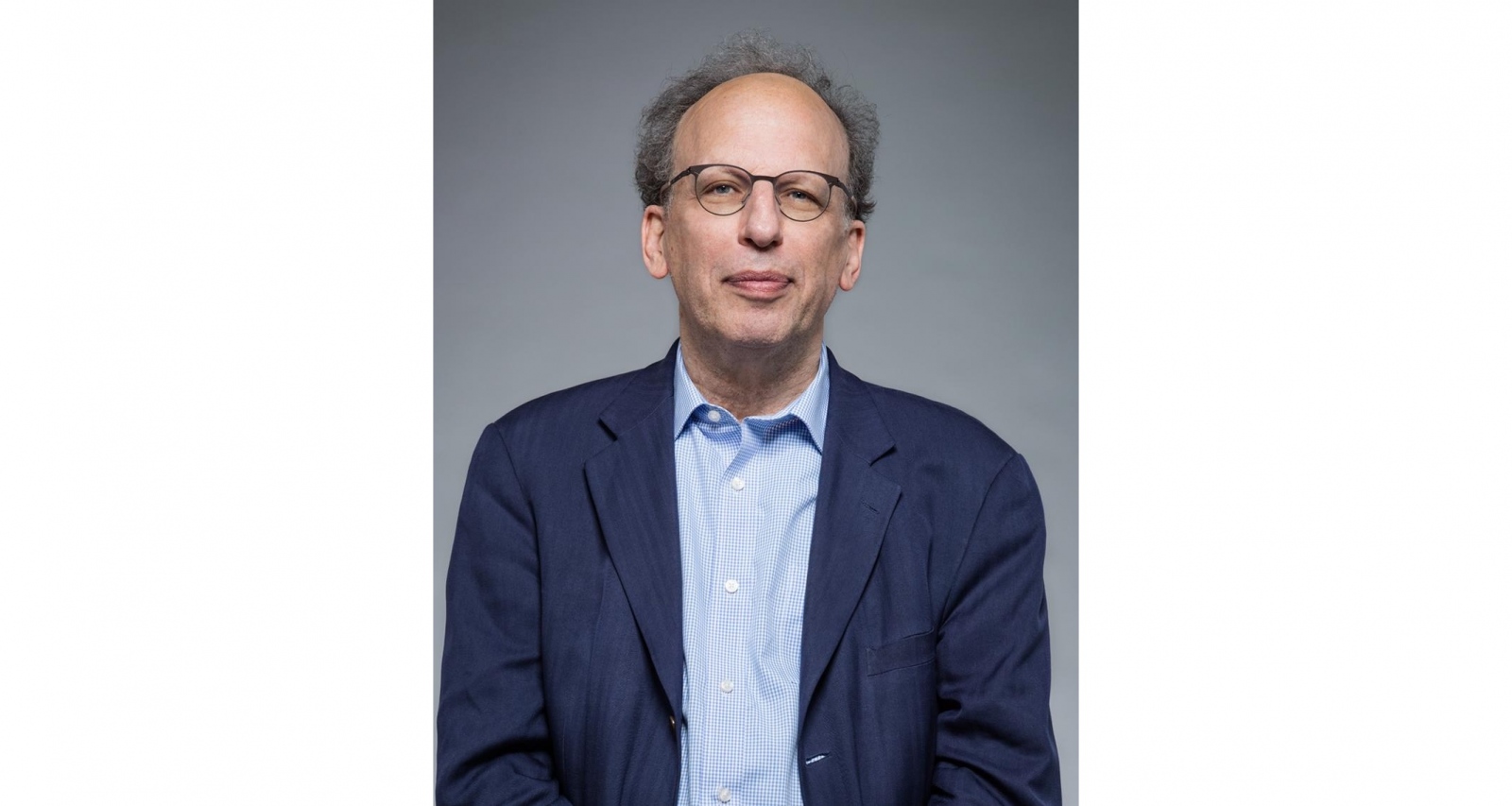 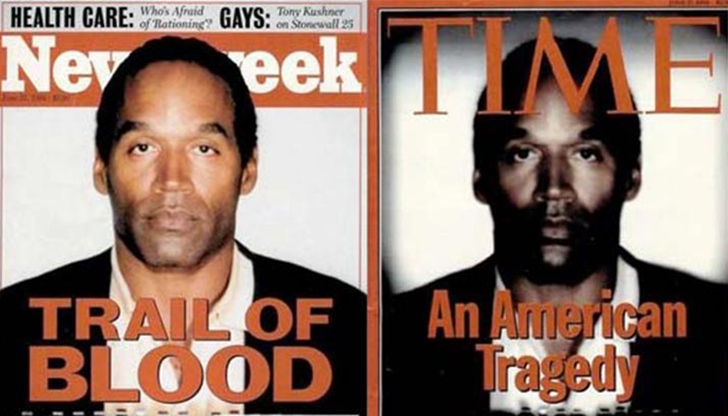 On June 25, 1994, 'Time' magazine featured an altered mug shot of OJ Simpson upon his arrest on the cover. The same day, Newsweek also published the matching mug shot without alteration. When viewers compared the two, you could easily see that the TIME had deliberately darkened Simpson's mugshot, which led to criticism over Simpson's cover. 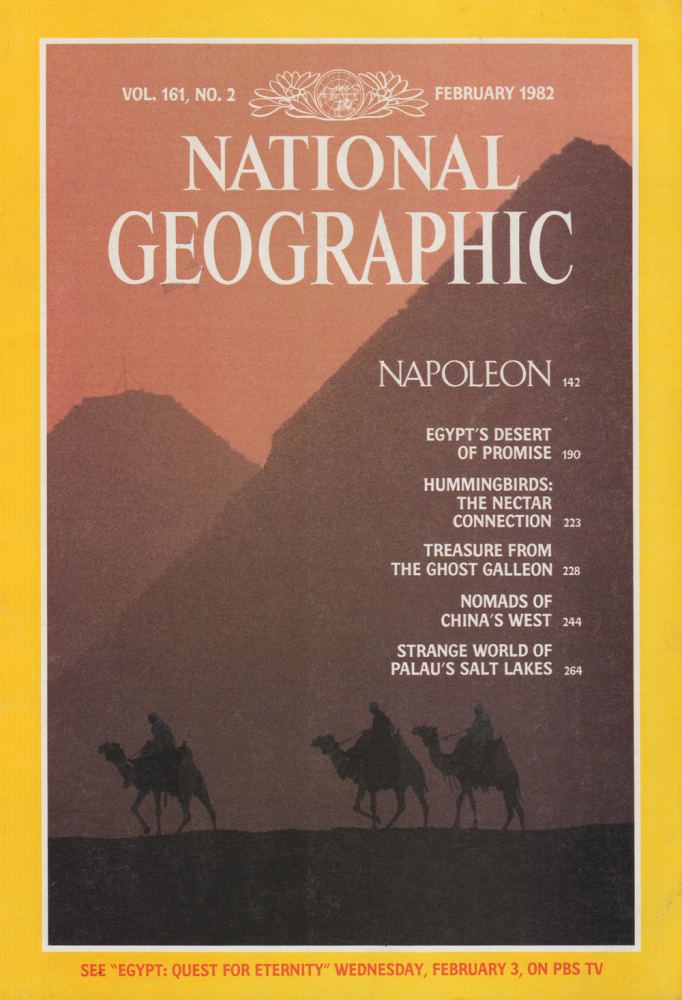 The 1982 February issue of National Geographic magazine featured an altered image of The Pyramids of Giza in Egypt photographed by Gordon Gahan. (Interesting read)

News Spotlight
Reframe | Fred Ritchin & the Post-Photographic Challenge, Part II
written by clary estes for the visura media blog
Apr 10, 2019
Editor's Note: For the second installment of this multi-part series, writer Clary Estes examines with Fred Ritchin some of the subsequent events in the history of the digital photojournalism industry that he predicted in the early 80s. We explore Ritchin’s first foray into the discussion of image manipulation, and how liberties taken early on by publishers not only affected Ritchin’s trajectory as a philosopher of the industry but also prompted some of the problematic situations visual storytelling and photojournalism in media is coping with today.

History repeats itself: The problem of the misrepresentation of the image.

A prolific author, Fred Ritchin has published three books on the future of imaging: In Our Own Image: The Coming Revolution in Photography (Aperture, 1990); After Photography (W. W. Norton, 2008); and Bending the Frame: Photojournalism, Documentary, and the Citizen (Aperture, 2013). In 2016, he co-authored with Carole Naggar the Magnum Photobook: The Catalogue Raisonné. Over the course of these books, numerous articles, including his most recent published in ZEKE Magazine titled, “Image in the Era of Post-Truth,” and countless presentations—Ritchin continues to identify and discuss the storytelling potential and implications of these old and new technologies, as well as the first ethical liberties with regard to photo manipulation taken early on.

In 1982, for example, National Geographic digitally moved one of the pyramids of Giza to fit their cover, setting the photojournalism industry on an almost novelistic, yet strangely predictable path towards creating an environment of social distrust of the photographic image.

Fred recalls: “When the editor at National Geographic told me that all they were doing, in his opinion, was going back in time to move the photographer a few feet to one side to get another perspective, I thought it was extraordinary. I called him back and I said, ‘Did you really say that?’ And he said, ‘yes.’ And to me, that was science fiction at the time. So I thought, if I wrote about this, people would respond and they would say, ‘Gee, we don't want to lose credibility of the photographic medium by all this malleability so we should create some kind of labeling system.'"

"But I was kind of shocked", Fred explains, "I received only three letters to the editor in response to my article published in the New York Times Magazine; one was from a literary agent asking to represent me, and one was from four older guys who canceled their subscriptions to National Geographic over what I'd written about, but there was little response from people in photojournalism.”

Ritchin goes on to point out later instances of photo manipulation that were much more insidious like the June 1994 Time cover of OJ Simpson’s altered image mug shot upon his arrest. For the cover, his skin was darkened and a vignette was added. This early example of photo manipulation called into question Time’s objectivity, as well as led many readers to accuse the magazine of racism.

In retrospect, Fred Ritchin has used these examples to show how photo manipulation has the ability to perpetuate exoticism and racial bias. He recognizes how these issues are far from resolved and continue to be a problem in the industry today. These concerns transcend beyond the act of manipulating an image within the frame to the actual representation or lack thereof in storytelling.

It is not that digital photo manipulation exists that is the problem, it is the obscuring of context that denies audiences the full story.

Ritchin feels that the photojournalism industry still does not think enough about the problematic ocean we are sailing through when it comes to representation. The concern now, he notes, is what still can be done to restore credibility.

When trying to address the problem of representation, Ritchin emphasizes the need for appropriate context. According to Ritchin, it is not that digital photo manipulation exists that is the problem, it is the obscuring of the conditions in which the image was made that denies audiences the full story.

“I was never against manipulation. I just thought the reader needs to be informed as to what he or she is looking at. I began to think, as John Berger suggested, that a documentary photograph should be treated as a quotation from appearances and just like in writing, you can't change what is within a quote if you're putting quotation marks around it. So the photographic frame to me indicated a quotation”...

He continues to explain: "And after a while I was called a 19th-century moralist and various things and I remember going to a meeting of photographers and somebody had said that he'd photographed models on top of buildings in New York City, some in high winds, and when he showed the book dummy to friends they said, ‘You're really good with Photoshop,” because they wouldn't believe that they actually would do something so dangerous as that. So I thought, people would really want to preserve the goose that lays the golden egg. You don't want to kill it, but few really cared with the exception of the NPPA.”

For decades, Fred Ritchin has attempted to address and promote the responsible use of photo manipulation in publications.

Ritchin’s early attempt to address and promote the responsible use of photo manipulation in publications was his “not-a-lens” icon, which he developed in 1994. It was a small icon of a square encompassing a circle that was either slashed out or not to designate whether an image had been manipulated. Added to the bottom of a photograph, the icon served to signify when an image adhered to conventional lens-image standards.

“...there were some organizations that adopted the icon, like ASMP and the magazine Airone in Italy. It was much discussed in the media, but the “not-a-lens” icon never really caught on in a big way.” Ritchin explains. Why the icon never caught on is up for debate.

Comparatively, these days social media has organically created the #nofilter for, more specifically Instagram, images that have not undergone any form of toning or manipulation by users who upload to the social media platform. Ironically, even the use of this hashtag is met with skepticism by audiences ( ex. NOFILTER: A philosophical reflections on photography in the age of Instagram by Daniel Star, Associate Professor of Philosophy at Boston University.

...we cannot forget our soul for the sake of new tools and easy outs.

The crux of the conversation that is so important to Ritchin is that with all of the opportunities of digital photography, we cannot forget our soul for the sake of new tools and easy outs. Tiny missteps unreflected upon can become cavernous barriers to aspiring photographers, visual storytellers, and complacent industry leaders and organizations.

The greatest aspect of journalism is the fact that it is a perpetual process of fact-finding and analysis, reanalysis and dissemination with the intent to inform and, we hope, improve the world.

Fred Ritchin is far from forgetting or letting up on the problem of the misrepresentation of the photojournalistic image. He encourages media leaders, content creators and publishers to not forget the importance of continuing to examine and discuss the infrastructure and dynamics of the photojournalism industry, as well as how new systems and technologies used to publish and distribute visual media affect storytelling.

Ritchin has spent his career writing about the potentials and challenges of digital photography. He has also actively worked to identify and develop tools to pull the wool away from audiences eyes while simultaneously working to propel visual storytelling as a medium not just to convey information, but act as a catalyst for positive social change.

Let’s face it. It’s no surprise but we can fix this.

In Part 3, we introduce Fred Ritchin's Four Corners Project, an initiative to increase authorship and credibility in visual media. The project introduces a tool that allows specific information to be embedded in each of the photograph's four corners.

Fred Ritchin & the Post-Photographic Challenge by The Visura Media Blog via Visura
Editor's Note: For the first installment of this multi-part series, writer Clary Estes sat down with educator,   author & Dean Emeritus of the International Center of Photography (ICP) School Fred Ritchin to discuss his vision,...

By The Visura Media Blog — “From a tech perspective, we always have a choice. Do we want to foster respect, integrity, kindness, and unity, even when we differ? And..
Nov 27, 2019

By The Visura Media Blog — The deadline for The Visura Open Call for Visual Stories on the Middle East and North Africa is approaching. The deadline is May 31, 2019. This open..
Jun 9, 2019