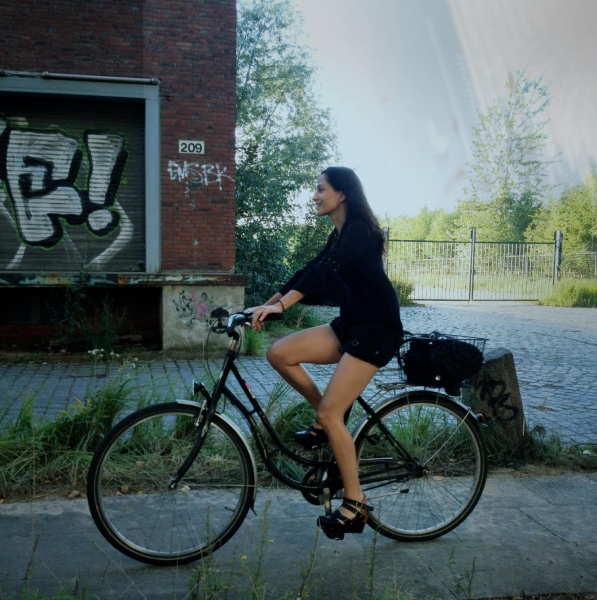 Artist / Based in Brooklyn, NY

"Theresa Ortolani is that rare and particular type of artist who will not only consistently attempt to grow and define her work in ambitious and challenging ways, but she will ultimately succeed in making them happen – with... read on
Focus: Photographer, Filmmaker, Artist
Skills: Mixed Media, Multimedia Production, Cinematographer
C.V.

SAUDADE: The Name of the Father (Feature Documentary 2020)
A filmmaker ferries us along a self-reflexive search for her biological roots, weaving a cinematic dreamscape of intimate storytelling. After a lifetime of separation, her birth parents are reunited across oceans by the infant they surrendered. PDN Photo Annual Multimedia Winner (teaser) and Visura First Place Finalist Multimedia Winner (teaser), select photographs were included in the New York and the Seoul Photo Festivals and were recognized by International Photo Awards in Photo Essay, Moving Image, and Deeper Perspective categories.

HOW Art + Literary Journal
Creative Director and Contributing Artist to this Bi-Annual publication, featuring emerging and established literary and visual artists. Co-director for the benefit art auction and publication launch, representing over 30 artists.

Camera Club of New York; New York, NY: Everything That Gathers Blows Away 2016

TFA at NYU: Designed, developed, acquired funding for, and directed a photography program for NYC at-risk youth. The three month long program featured a residency in Upstate, NY, where the students developed a photography portfolio.

Expedition 360, Photo Exchange Program Director:  Designed, developed, acquired funding for, and directed The Global Photo Exchange program in conjunction with Expedition 360, the first human powered circumnavigation of the globe. Biked and kayaked as an expedition team member and distributed Holgas to children in Mexico. The film was processed and printed by photography students in New York City and exhibited at the San Francisco Public Library.

The Richmond Art Center: Designed, developed, acquired funding for, and directed a photography program for Bay Area at-risk youth. The program was put in place as an alternative to the prison system.