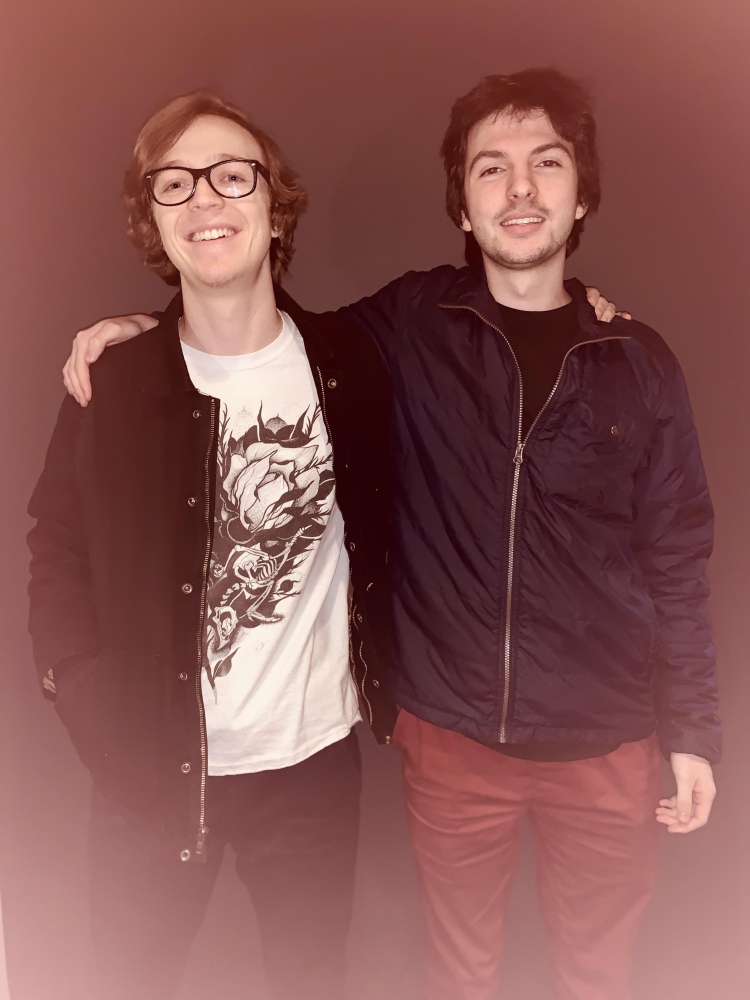 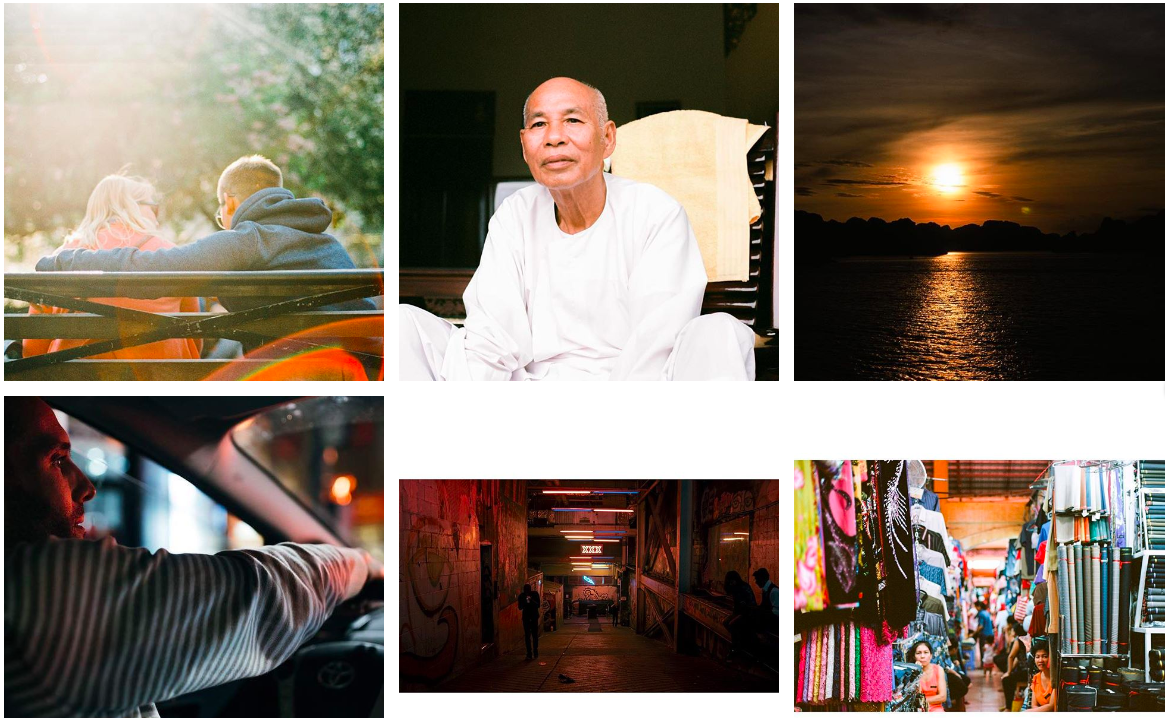 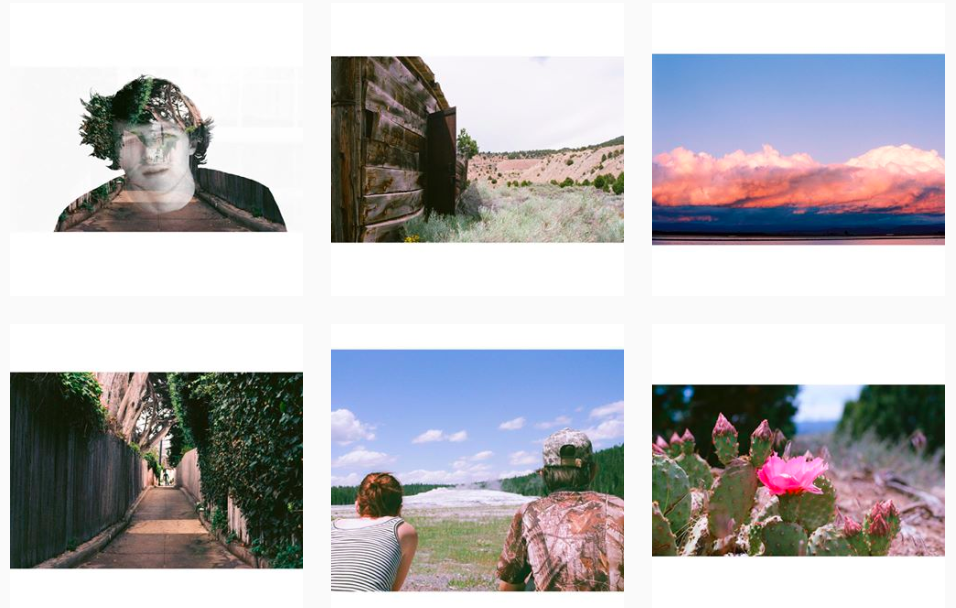 3 of 4 © 2021 Scout Film Festival
Photos by Austin Hall
News Spotlight
Interview: In Conversation With Emerging Filmmakers Austin Hall and Zach Visvikis
scout film festival
Jan 23, 2019
Scout cofounder Adriana Teresa Letorney talks to aspiring film writers and directors Zach Visvikis and Austin Hall about being student filmmakers today. The duo has been working together since they met during one of the classes at the Film & TV Production undergraduate program at NYU Tisch School of the Arts. Austin is also completing a minor in Child Psychology.
SCOUT: What was your first project together?
Austin: We met in a class. We were put in a group called Sight and Sound Filmmaking, where we had to make a film. That's how we started working together and collaborating. Our film was called Python. Zach wrote it and we ended by co-directing it. We've done everything together since then.
SCOUT: Tell us a little about yourselves.
Austin: I was born on the military base in 29 Palms in California. I grew up outside of Sacramento—Yuba City. As a kid, I wanted to be an actor. I found with time that I really wanted to be behind the camera. I got into filmmaking because I spent weekends with my grandma Pat - Gma - and we would go to Hollywood Video (west coast independent version of Blockbuster). My grandma loved action movies, all Jackie Chan action movies. That was my first realization of how awesome and crazy movies could be. Gma would take me to the movie theatre to watch interesting movies. In high school (Monterrey Bay boarding school), I made all the videos for the student councils so, I mainly worked in theater at the beginning.

Zach: When I was young, my brother Dylan had a camera. We would make sketches together. That was always fun. Dylan went to film school at USC and I quickly realized that this was something I could do. In my sophomore year of high school, I bought my own camera and started filming my friends' skateboarding. I was initially self-taught with the support of my brother.

SCOUT: Who are your influences?
Austin: I am always really drawn to people who do the work that they want to do and are unapologetic. I respect Michael Bay because of his "this is what I like to make, even if everyone hates me for it" attitude. A lot of my inspiration comes from artists like my stepdad, Michael Desmond, a tattoo artist, and an amazing painter who showed me art from tattoo artists, graffiti artists, and other art movements. I love jazz music, the 90s in New Orleans, Sonny Rollins, The Bridge, ...
Zach: The biggest influence in my life is Dylan, my brother. Everything that I write or do I share with him. He is also a writer. His writing style has influenced me quite a bit. Someone that I look up to a lot is Garry Shandling - his work ethic. He always pushed himself to be better and wouldn't let anything stop him. He put extra effort into his success.

SCOUT: Do you plan to continue collaborating?
Yes, We want to finish our short film Molly Robber. We are writing a feature for that.

SCOUT: What is the key when making a movie?
Austin: Time
Zach: Reliability

SCOUT: What is your favorite album?
Austin: The Cowboy Bebop Soundtrack by Seatbelts
Zach: The Low-End Theory by Tribe Called Quest

SCOUT: What is your northern light? What keeps you going against all odds?
Austin: At the core, is trying to push myself and trying to see what I can do and to not always be comfortable with what I am making. Pushing myself, even if it doesn't work out. Filmmaking, being in the industry - you grow as a person. You really learn a lot about yourself as a person. I am in service to the story.

Zach:  That feeling I get when all the elements that make up a scene or a movie are coming together. Knowing it is actually happening, this movie is being made. Also, that moment when everyone laughs. I love making people laugh.

SCOUT: What are the biggest challenges you face as filmmakers?
Austin: The biggest problem is getting people to work on your project that actually want to work on the project. You ultimately want to work with passionate, hard-working people. It's difficult, when building big crews, to find people who truly want to help out and aren't going to complain. Funding is always a challenge, but you can't stress about it....a movie will be made no matter what...we always figure it out.

Zach:  At the same time, we find a lot of great people excited to do the job and be completely helpful, and they are passionate. My biggest challenge is focusing on all my tasks when I am working on a film because I also have school and other responsibilities.

SCOUT: How do you handle stress?
Austin: I get a cup of tea and I tell myself that the stress will be over, we will make it, it will get done. You can't stress out about things you have no control over.

Zach: I had a dream recently. I was in a grungy motel. There was a Swedish shaman, and he was asking five cents for advice. All I had was a quarter. I flipped the quarter into this trashcan filled with trash and coins, and the only advice I remember him giving was, "be happy with what you have". I think, in a lot of ways, what I have is great. I have Austin. You can't stress over the stuff you don't have control of, and you have to be happy with what you do have. That was amazing advice.

SCOUT: What keeps you moving forward?
Austin: One of the benefits of working on a team is having another person to motivate you to work on the film. As a professional, I love the fact I can always work on something new and push myself on each project. Although it doesn't always end up how you planned, there is a lot of self-growth. I love to see what a new project is going to bring or what I am going to learn or who I am going to meet.

Zach: Austin. When anything goes wrong or doesn't turn out the way we expect, I know Austin is always there. We are always motivating each other. It is really cool working with him.

SCOUT: What is it like for each of you to collaborate with the other?
Austin: Collaborating with Zach is high energy. Zach is off the cuff. Who knows what he's going to do. It's great. He is not afraid to throw out ideas. Zach puts you in the position of having a lot of options.

Zach:  Austin always knows what he is doing. Even if he doesn't, he always seems like he knows what he is doing. He is reassuring and kind, and he is so good at always being there and knowing what to do in any situation, having the courage to either do something or speak about something. He is calm. He is collected. It's great working with him. We always laugh. That is kind of amazing about working together. There's never a day we don't laugh. We are always having fun— even when it is just work.

SCOUT: What is your dream?
Austin: I want to do something creative. I want to work in a creative field that I find satisfying and in which I can sustain myself. I also want a job in which I can feel a sense of personal growth. I want to always be working.

Zach: Similar to Austin. I want to be happy with what I am doing. I love filming. I love writing. I love doing this. So, if I can continue to do this, sustain myself with film and be happy with this - and potentially have a family -  that would be so cool.

SCOUT: Do you find yourself writing more or directing more these days?
Austin: I write more than I direct,  but I think that is true with any director.  I would love to write more. Directing requires months of work. In writing, you have no limitations. With directing, you have to compromise.

Zach: I would say write. I would love to direct more, but whatever I am able to do in a film, I love to do. I have done a lot of solo writing.

SCOUT: How do you hope to contribute to visual storytelling today?
Austin: A lot of my inspiration comes from people who are true to themselves. In terms of how I would technically influence filmmaking, I want films to move more. They feel static.

Zach: Movies affect people in a lot of ways. There are a lot of subtle things that affect people. I would like to have a positive influence on people and create a paradigm both visually and through the story.  At the end of the day, I am going to try to make what I want to make and what I think is important. Hopefully, one day, someone is going to watch my film with his/her grandma on Netflix or rent it from a recently-reopened Hollywood Video, and think this it is so cool...and will want to become a filmmaker, too.
_________________________________

By Scout Film Festival — We are delighted to announce the  Scout Winter Film Festival , a 10-day online event celebrating the..
Feb 14, 2021

By Scout Film Festival — Thank you so much to Ian Tan for this past week of BTS and appreciation for all the important members of..
Dec 9, 2020

By Scout Film Festival — Thank you so much to  @kirpeja_liuda for sharing her life and work with us this past week. You can see..
Nov 23, 2020

By Scout Film Festival — Everything you need to know about the 20th annual Scottsdale International Film Festival For its 20th year,..
Nov 8, 2020

By Scout Film Festival — Dear Filmmakers, Festival Friends and Family, It has been a long year and we miss you! After a lot of..
Oct 22, 2020

Scout coFounder Writes for the CL!CK

By Scout Film Festival — Scout coFounder Adriana Teresa Letorney sat down with her (almost) 7-year-old son to hear his thoughts on..
Oct 21, 2020