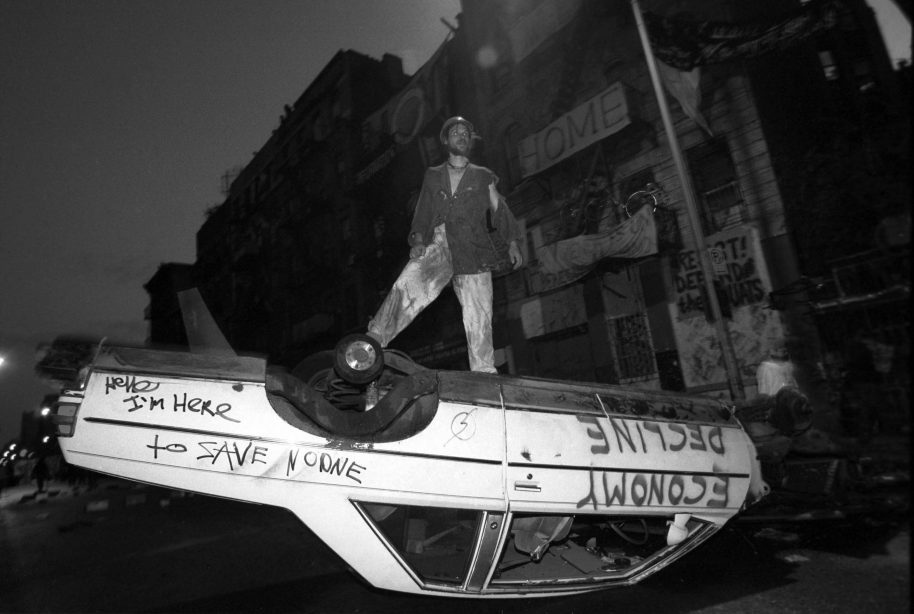 News
Whose Streets? Our Streets! at the Bronx Documentary Center
sara rosen
Jan 20, 2017

As we enter a brave new world filled with threats unfolding against the citizens of this nation by the very hand of the government it purports to serve, we can look to the recent past to find inspiration in the power of the people and their will to speak truth to power by any means necessary.

From race relations, policy brutality, and war to gay rights, abortion, and housing, ever issue facing the common man and woman was addressed by organizers who understood the power of mass protests. Civil disobedience, a term coined by no less that Henry David Thoreau in an essay of the same name penned in 1849, takes the high road of political activism. Grounded in the moral welfare of the people, it is a practice that is American at its core, for this country was founded upon the refusal to accept state-sanctioned abuse that openly violated human rights.

Photo: Squatters attempt to defend their building by blocking the street with overturned cars and trash before an expected attack by the police on East 13th Street. 1995 Â© Andrew Lichtenstein