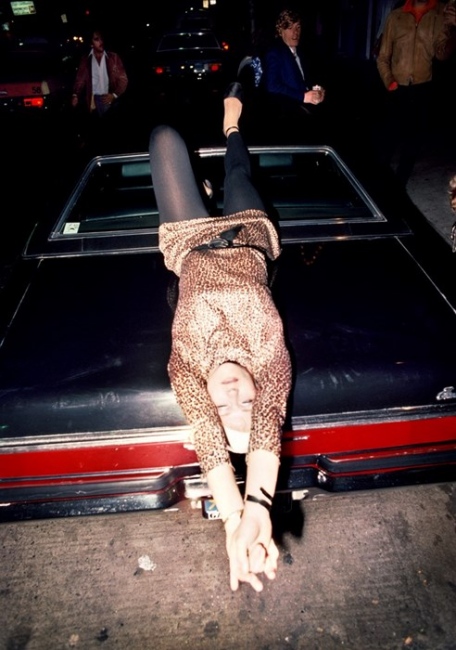 When punk hit San Francisco in the late 70s, it spawned a vibrant underground movement that embraced the Do-It-Yourself ethos of the era. Local bands like the Mutants, the Avengers, the Germs, the Sleepers, and the Cramps made their way on the scene alongside bigger bands from New York, London, and Los Angeles, attracting a fresh crop of rebels, artists, and creatures of the night.

Jim Jocoy was a student at UC Santa Cruz when punk came to town. He dropped out of school, got a job at a copy store, and hit the clubs at night with camera in hand. From 1977 to 1980, he created a body of work that was only shown twice at the time: once at San Francisco State University and later at William S. Burroughs's 70th birthday party. His photos were kept in deep storage for decades until Thurston Moore brought the work to the public eye with the publication of We're Desperate (powerHouse Books, 2002), a celebration of the style of the times.

Fifteen years later, Jocoy returns with his second book, Order of Appearance (TBW Books), a sumptuous monograph featuring 44 never-before-seen photos. The book unfolds as a film would, with kids getting ready then heading out, hitting the sweat-drenched clubs and stumbling through after hours until they're back on the street and the sun comes up.

Ahead of the book release, we speak to Jocoy about his memories of the scene.