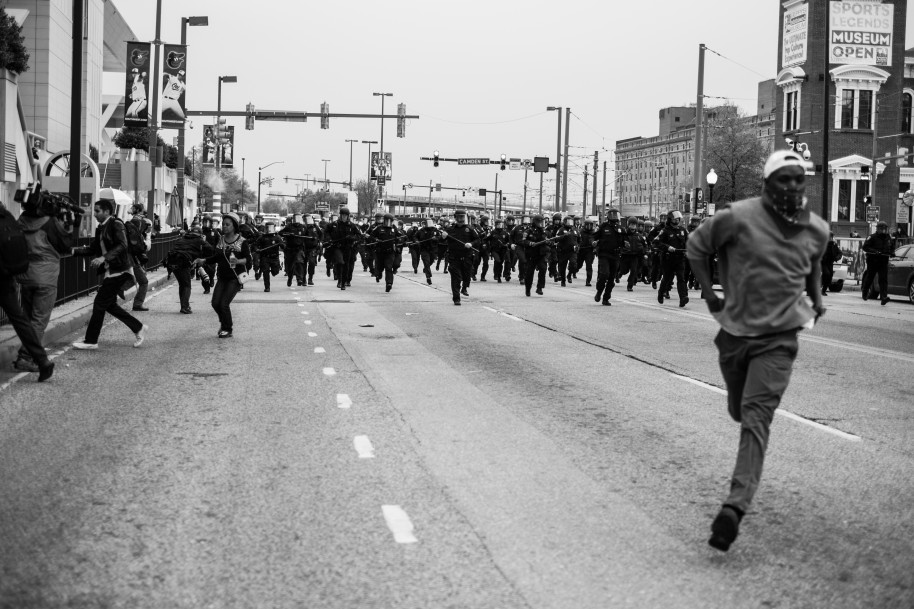 The Gordon Parks Foundation has named photographer Devin Allen as one of two inaugural recipients of a new fellowship program. Allen, who was born and raised in West Baltimore, catapulted to national fame when his documentary photograph of an unidentified black man running from a phalanx of police made the cover of Time magazine in May 2015 "“ only the third time the work of an amateur photographer had ever received such prominent placement.

The photograph was taken on April 25, 2015, as Allen documented the Baltimore uprising in the wake of the extrajudicial execution of Freddie Gray. Allen, who grew up just five minutes away from the site of Gray's fatal encounter with the police on April 12, told Crave last year, "People don't understand Baltimore. They only think of "˜The Wire'"¦it's worse than that. But we have a strong community. My city is real. There's no sugar coating. It's a small city. In twenty, thirty minutes I can be anywhere. You see the issues the people face. That's why I love it so much. If you're from Baltimore you can make it anywhere."