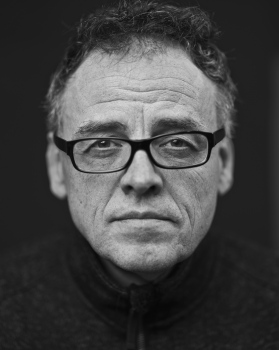 Photographer and Filmmaker @ Panos Pictures based in Warsaw, Poland

Photojournalist and documentary filmmaker. Piotr finished documentary filmmaking at the Wajda School in Warsaw, studied cinematography at the Faculty of Radio and Television in Katowice and photography at Bournemouth and Poole College of Art in the United Kingdom.
Piotr has been shooting for global press titles including The Guardian, The New York Times, Politiken. He has been honoured with various awards including the POYi.
His debut documentary “Out of the Blue” premiered at 2015 DOK Leipzig festival and was nominated to Silver Screen award. His film "George and George on the Lake" was a Special selection at the Tribeca IF/Then Shorts pitch competition and got him a nomination to a Jan Machulski Independent Cinema award.
He is a grantee of Polish Ministry of Culture and a Canon Ambassador. Piotr runs a production firm Short Docs Media.