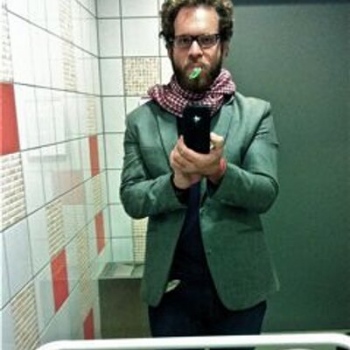 Nicolas Tanner is a photographer, journalist, and storyteller currently based out of a log cabin in Athens, Ohio. His work has been published in a variety of outlets including everything from the print cover of the New York Times to... read on
Location: Rio de Janiero
| nicolastanner.com
About

Nicolas Tanner is a photographer, journalist, and storyteller currently based out of a log cabin in Athens, Ohio. His work has been published in a variety of outlets including everything from the print cover of the New York Times to documentary research with the UNHCR. Other outlets where his work can be found include The Wall Street Journal, The Guardian, Foreign Policy Magazine, The Washington Post, Al Jazeera, Photophilanthropy, Salon, and Time's Lightbox, among others. He also works regularly with NGO's including The Open Society Institute, United Nations, and The Danish Refugee Council. Most recently he was was based out of Rio de Janeiro, Brazil, with The Associated Press.

In 2013, Nicolas' work, mostly a visual record of historic events and unprecedented civil conflicts in Rio de Janeiro, Brazil that year, was recognized with an Award of Excellence in the overall category for College Photographer of the Year. CPOY also awarded him a silver medal for Spot News and Awards of Excellence for International Picture Story, General News and Group Multimedia Project.

In 2012 he won the IREX president's award for best photograph and was recognized by PhotoPhilanthropy for his photo essay "In The Mahallahs" which documented the aftermath of the 2010 ethnic conflicts in Kyrgyzstan.

In 2011, after a decade of learning by mostly just being in the world, for example teaching and living in a tiny village up in the Tian Shan mountains of Kyrgyzstan for two years, he committed himself to telling stories and making pictures full time.

Creating and interpreting visual culture currently occupies more of his imagination than is probably healthy. He is interested in creating new and subverting old narratives. And with merging new media with classic photographic processes and the mediums potential for creating new ways of seeing, understanding, and communicating.

Plagued by what appears to be a limitless supply of curiositye, he feels lucky that he gets to make it his job to engage critically with everything (save for his mother, who just wants to enjoy dinner with her son for once without all the questions).

Currently, he is pursuing a Masters of Arts degree at Ohio University's School of Visual Communication, concentrating in Photojournalism.

Nicolas has traveled extensively on five continents and lived in Chile, Spain, Central and Southeast Asia, South Africa and in all corners of the United States. He speaks fluent Spanish and English, advanced Portuguese and Kyrgyz and a basic survival-level Russian.

Nicolas is available for assignments worldwide.