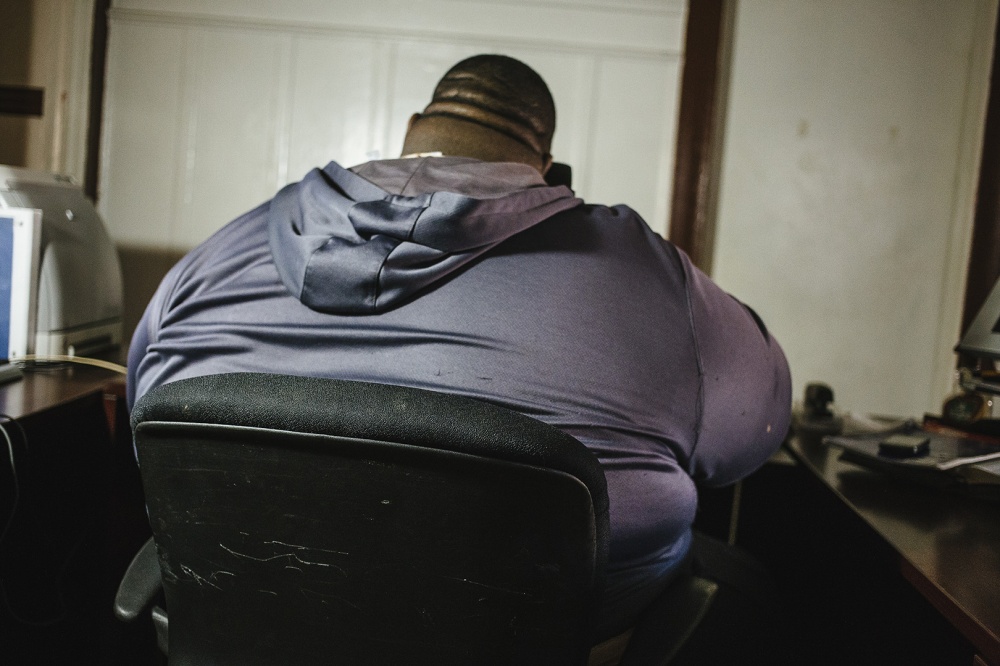 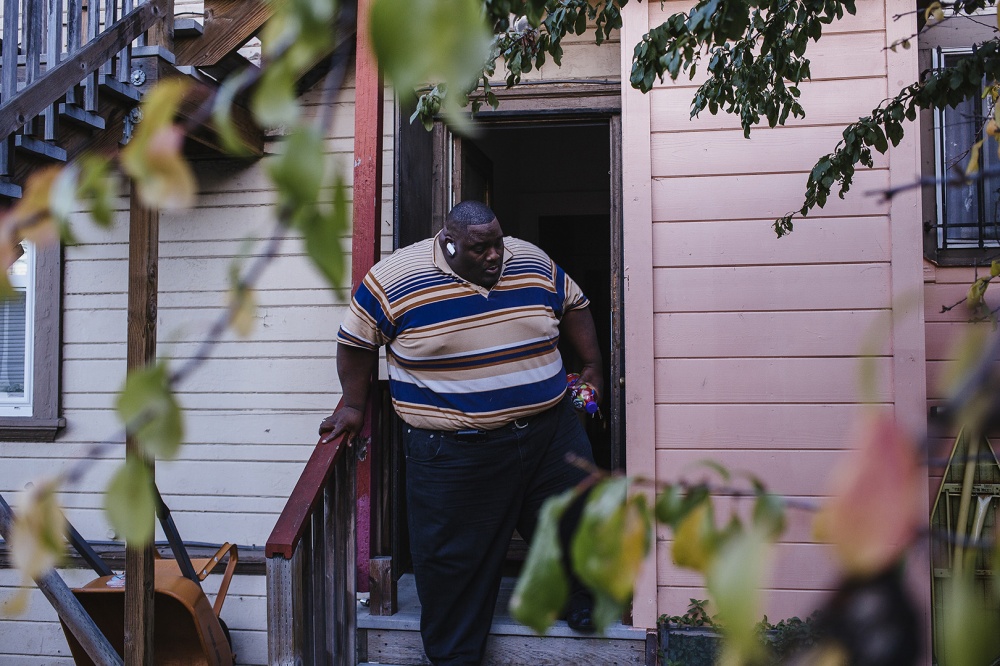 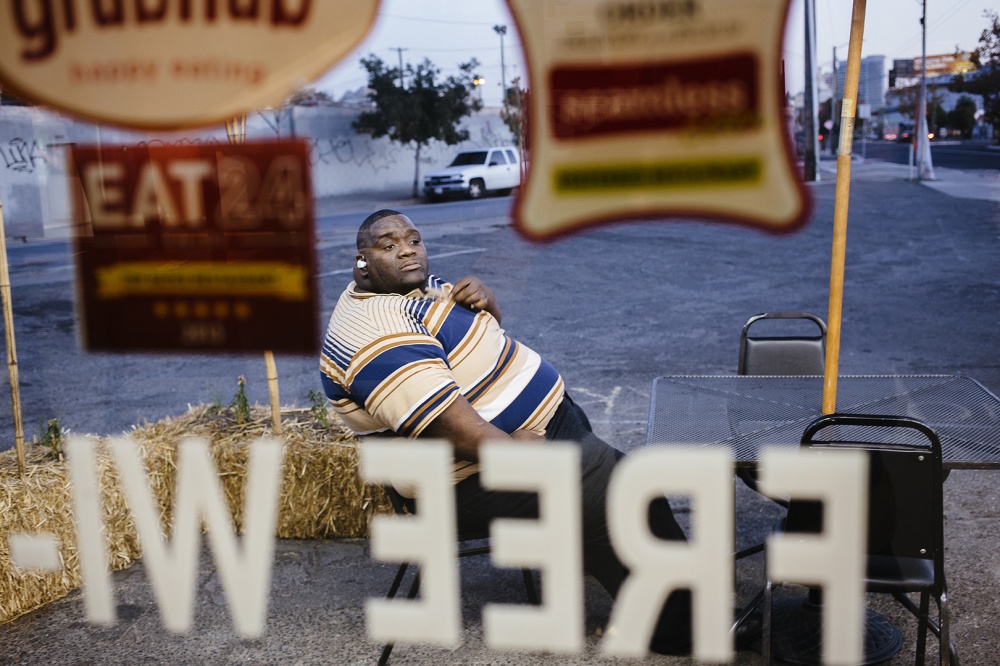 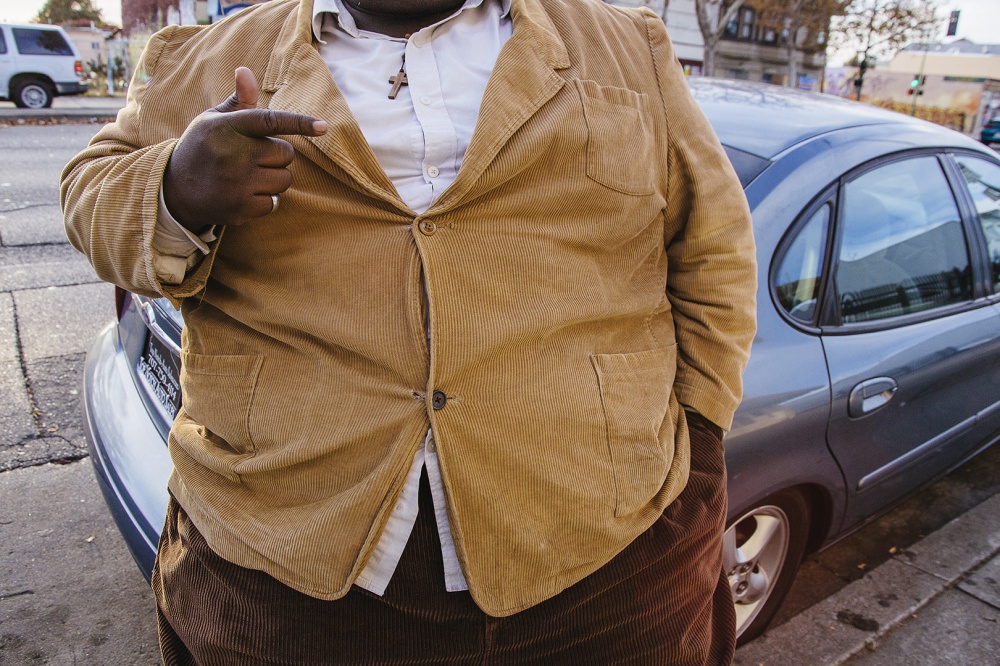 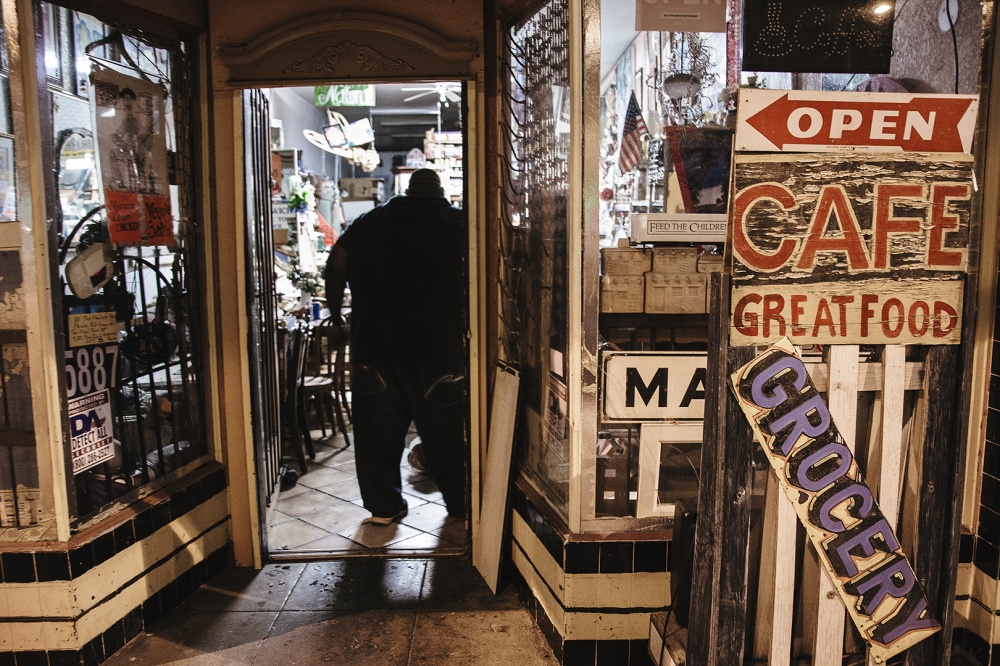 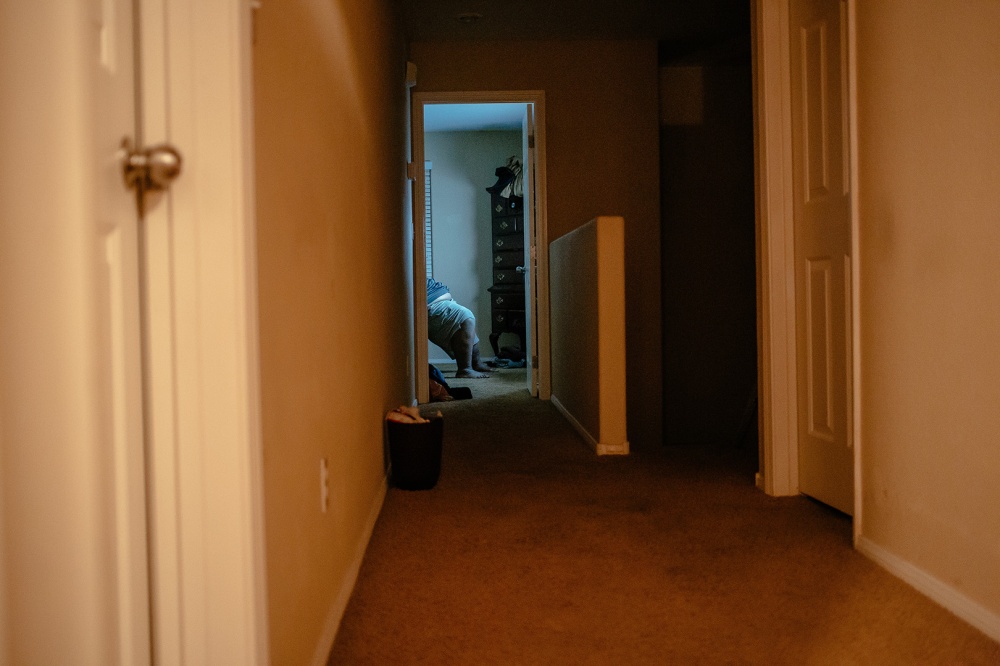 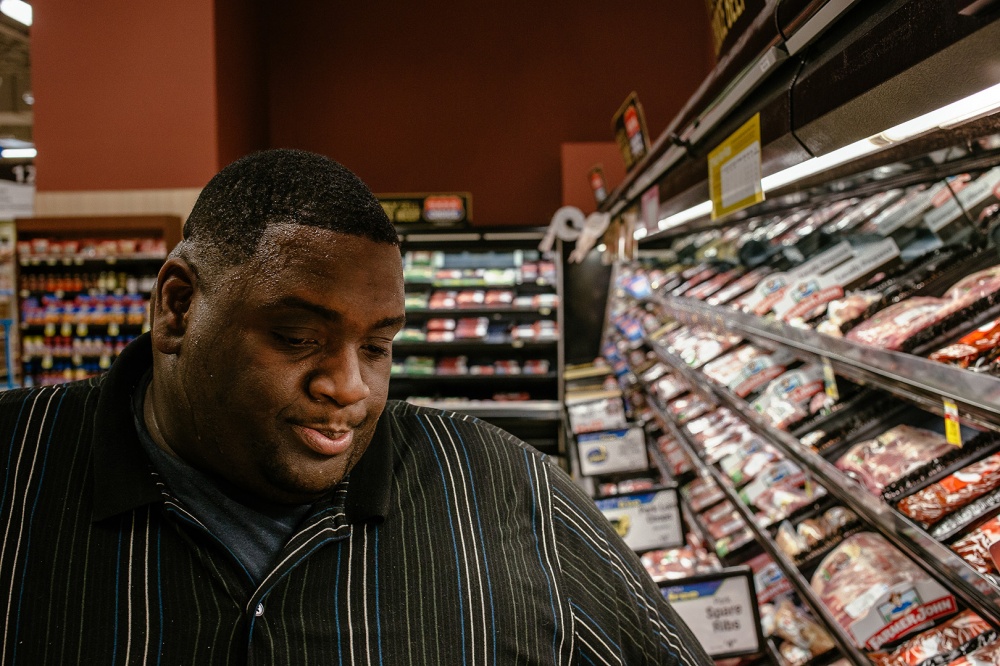 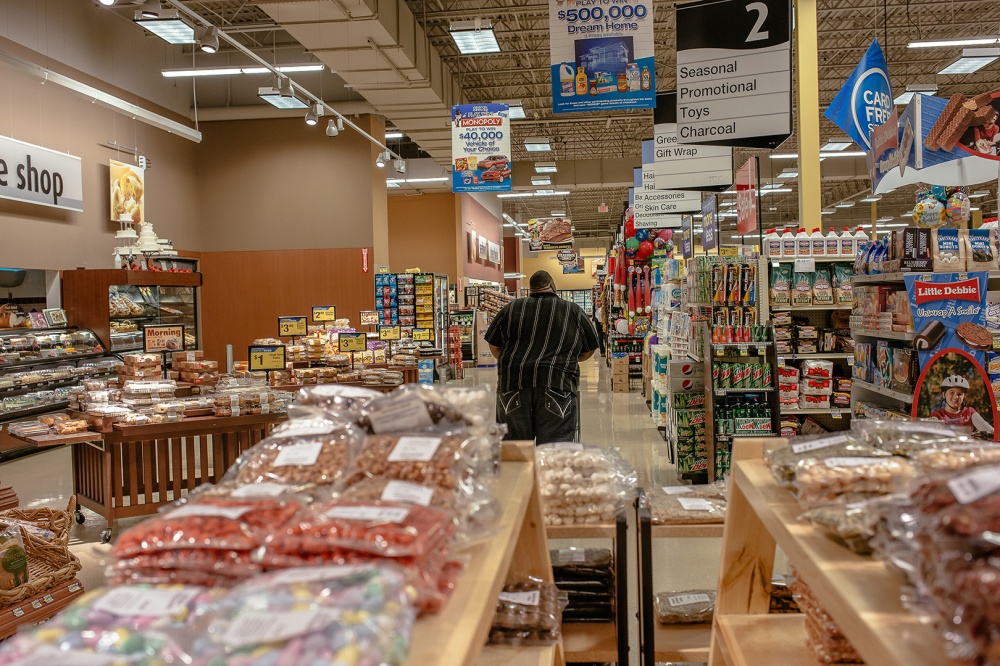 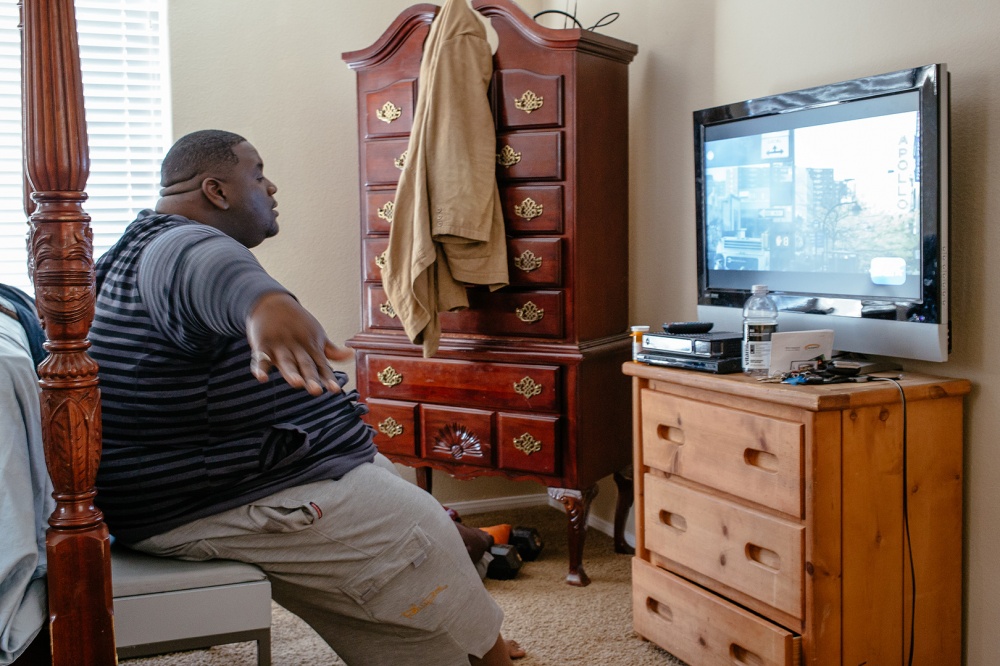 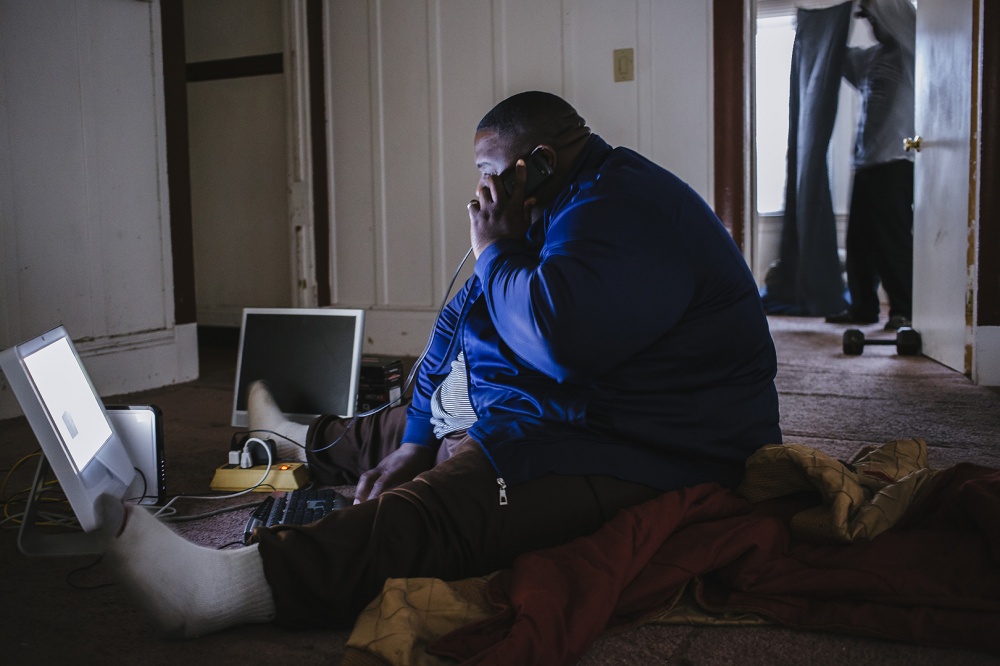 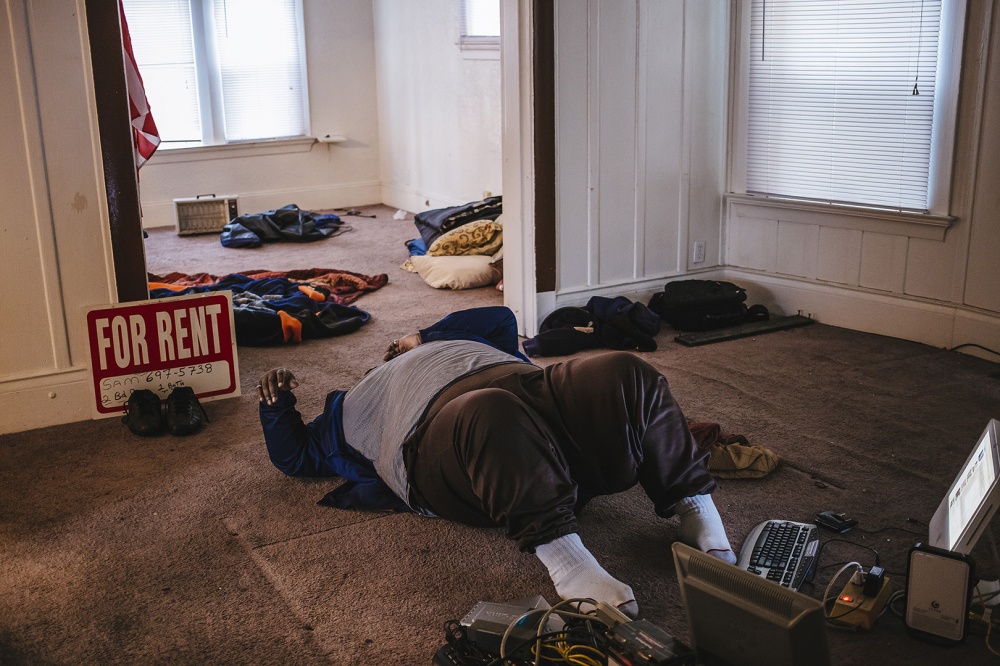 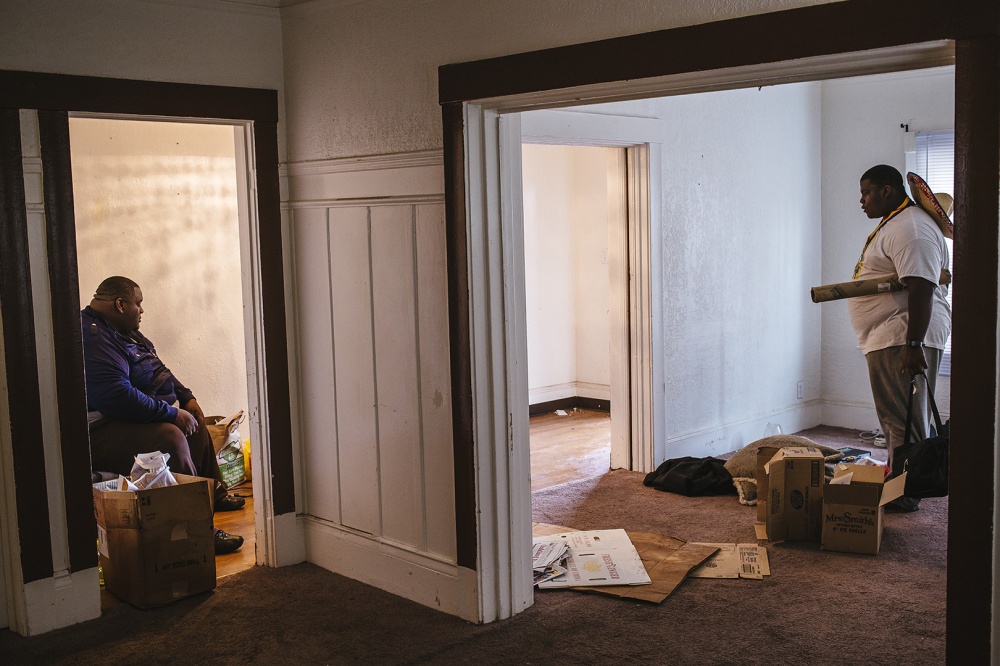 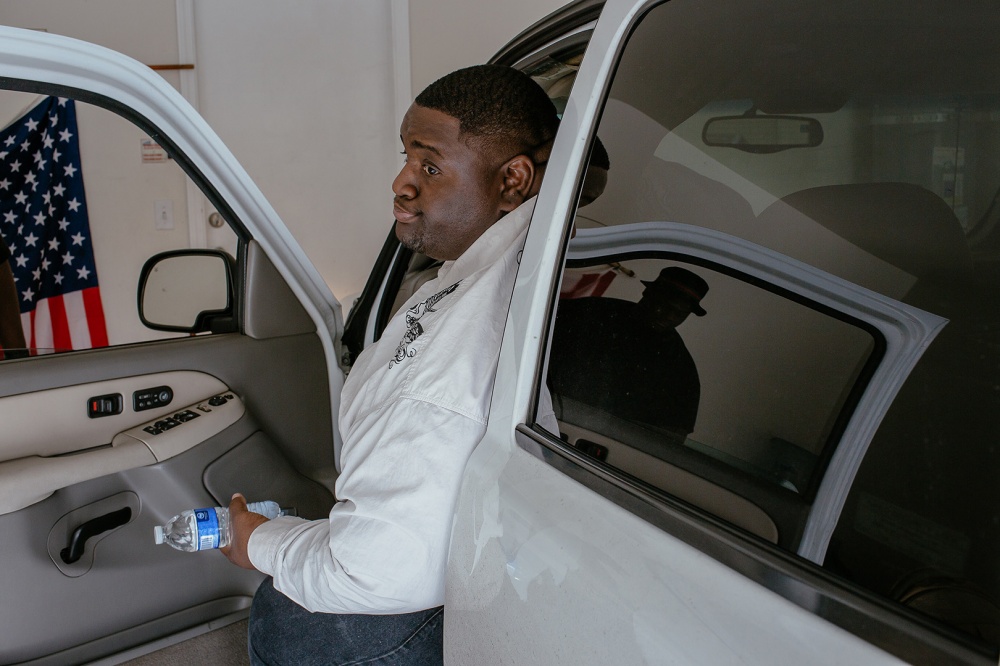 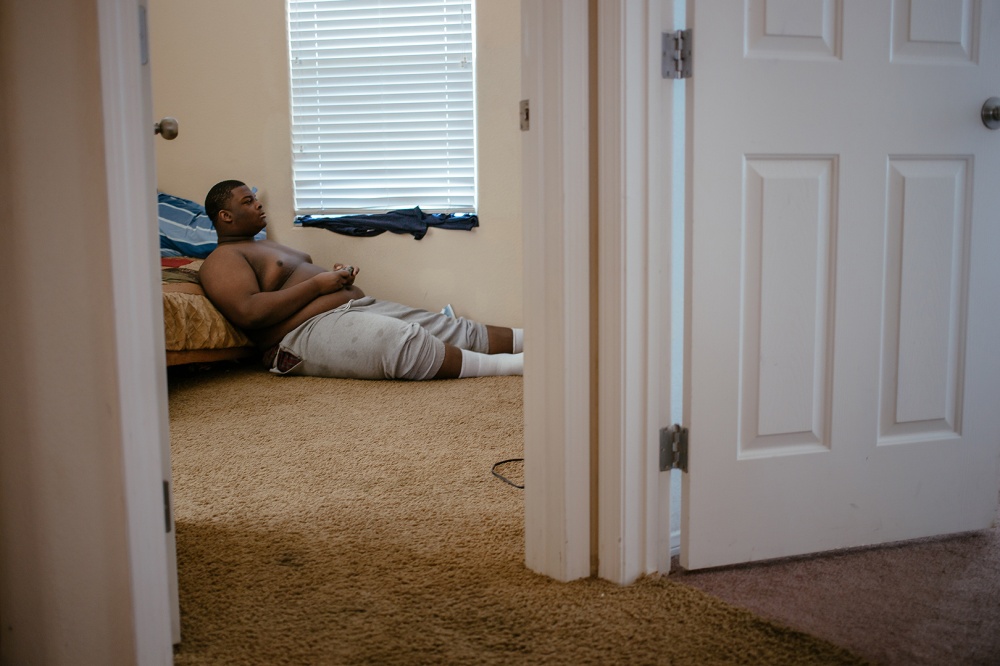 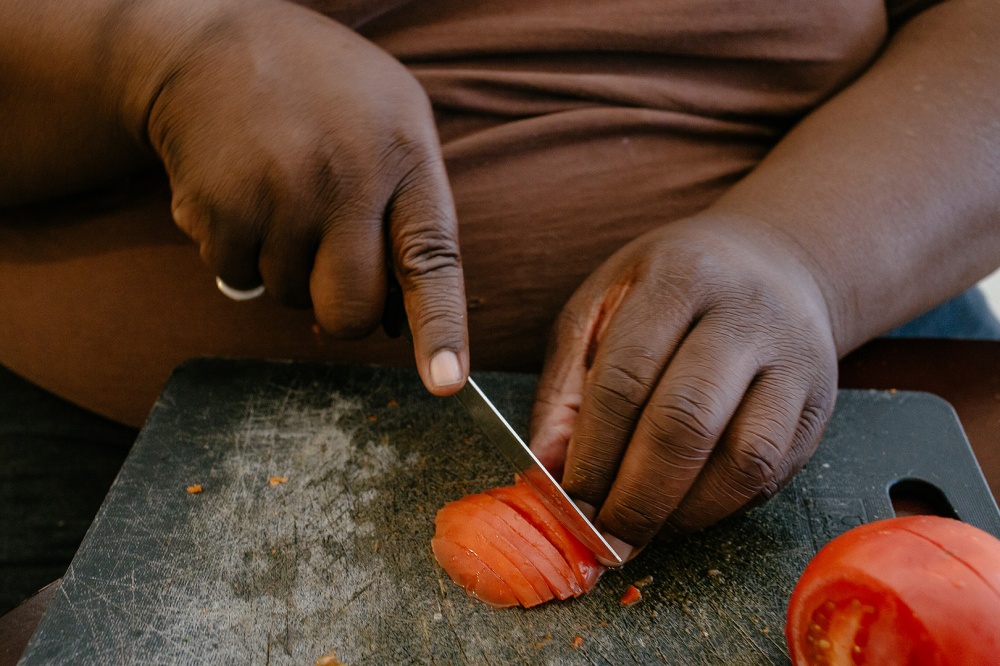 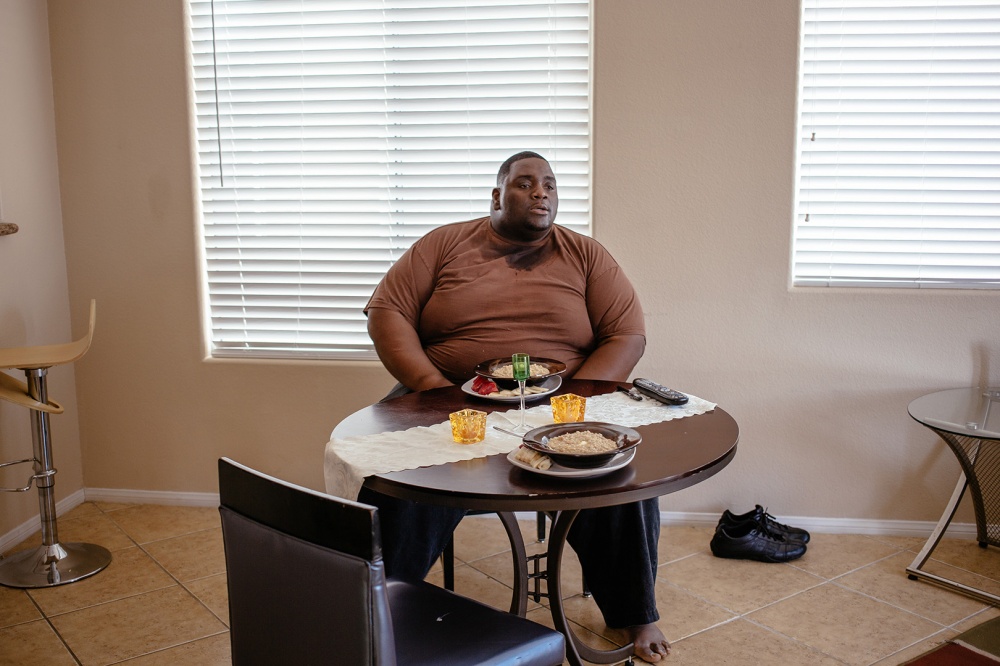 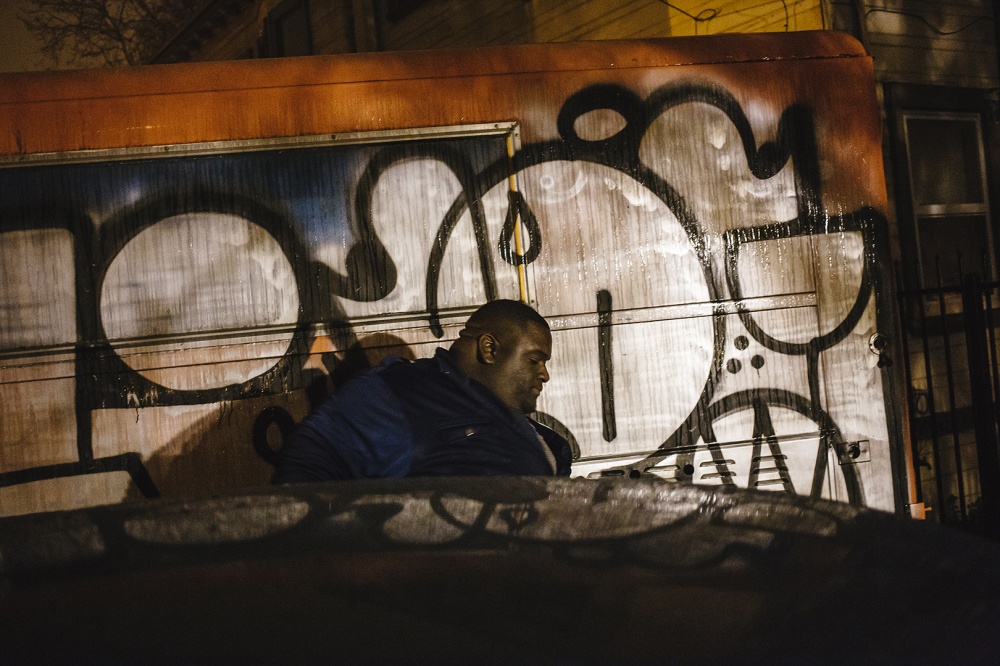 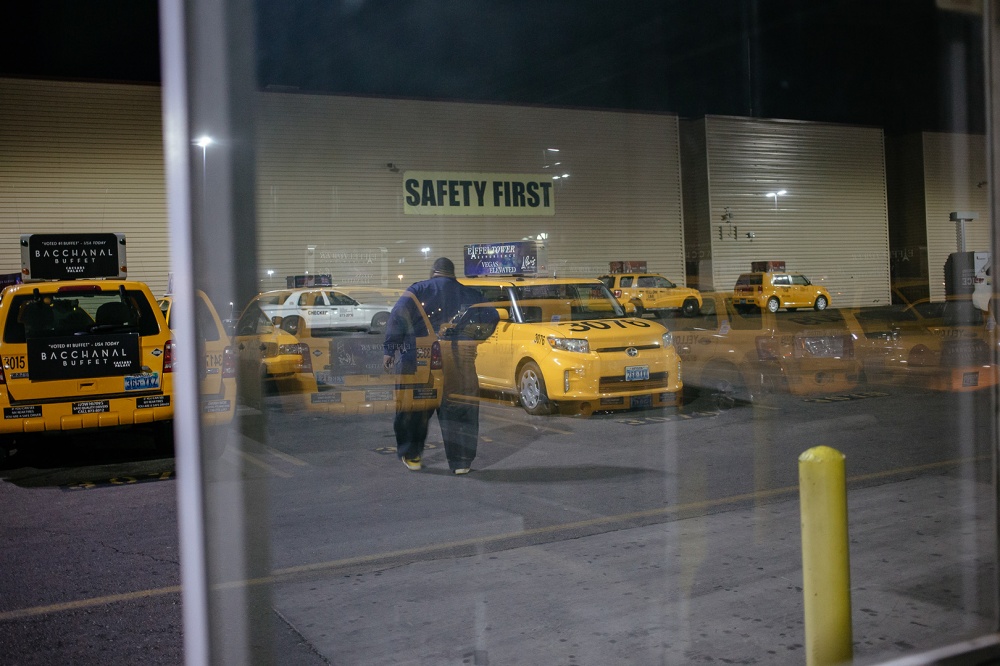 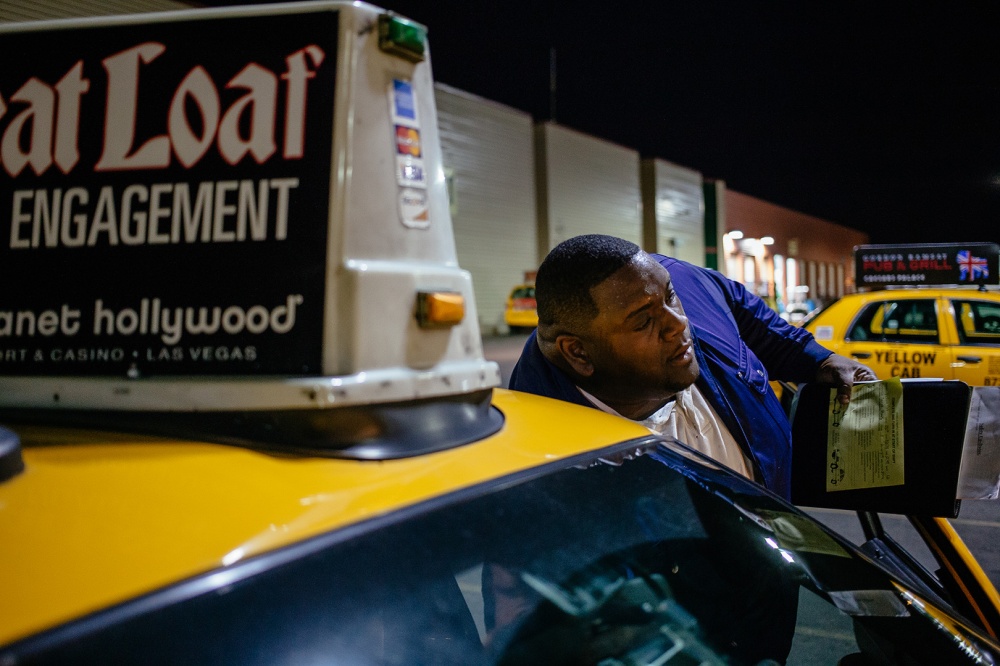 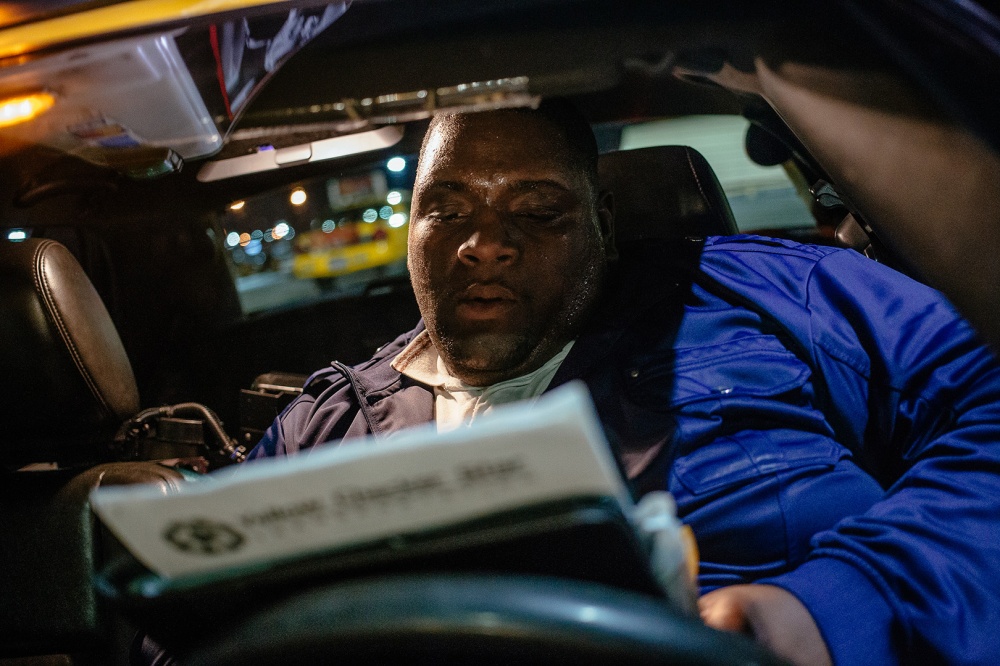 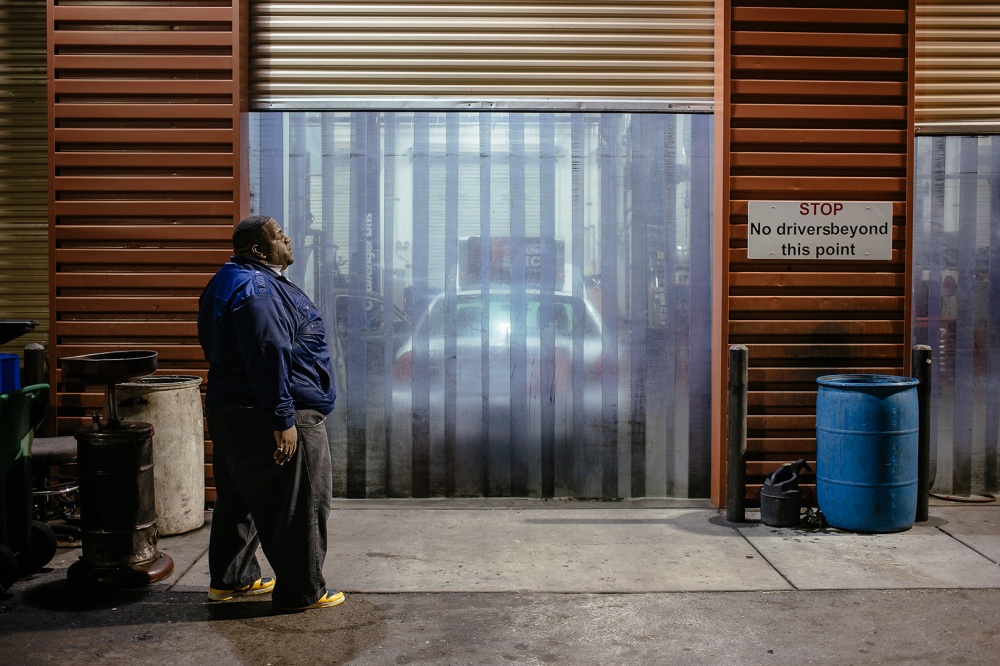 When Ken Shandy made the decision to start eating healthier he weighed 580 pounds. At that point, he had developed high blood pressure – an early sign of heart disease – and was painfully aware of his limitations in walking the kind of distances he would have liked to. With help from local healthy eating organizations and his own dedication, he gave up fast food, fried meat, and sugary drinks. He started a heavy vegetable diet and juiced daily.

When I met Ken in October of 2013, he was down to 545 pounds and was determined to lose 250 pounds within a year. Ken has worked for himself since he was sixteen years old but blames his weight for not being able to get around which led to missed job opportunities. “I get depressed often because of my weight, but you know people sometimes turn to drugs and alcohol to try and help to kill that feeling, I used to turn to food. Now I just make myself a smoothie. I won’t let my depression be the reason why I don’t reach my goal.”

A week before Thanksgiving 2013, Ken lost his home in Oakland. He spent a month trying to stay in the city and look for housing. He ultimately made the decision to move to Las Vegas with his son Ken JR. He has lost nearly 100 pounds and even though he has difficulty getting access to the same foods he was receiving in Oakland, he has stuck to his diet and continues to be determined to reach his goal.

By Michael Santiago / oakland, california — Since the time that Christopher Columbus began the slave trade in the Caribbean, enslaved Africans..
Jun 10, 2015

By Michael Santiago — 3 years ago I moved to California to pursue my dream of graduating from college. At that time my father..
May 7, 2015