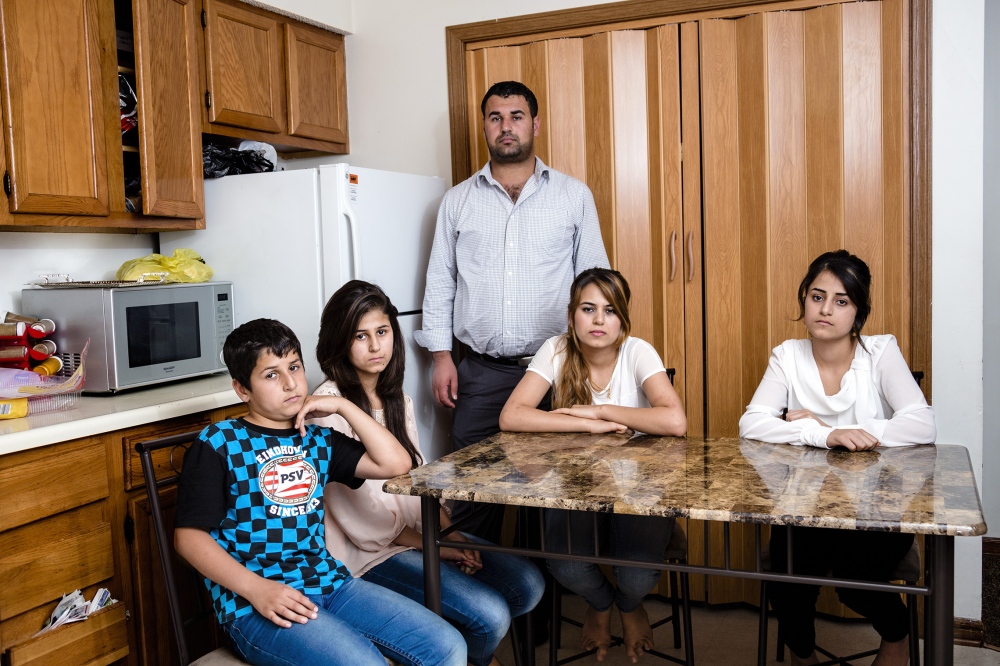 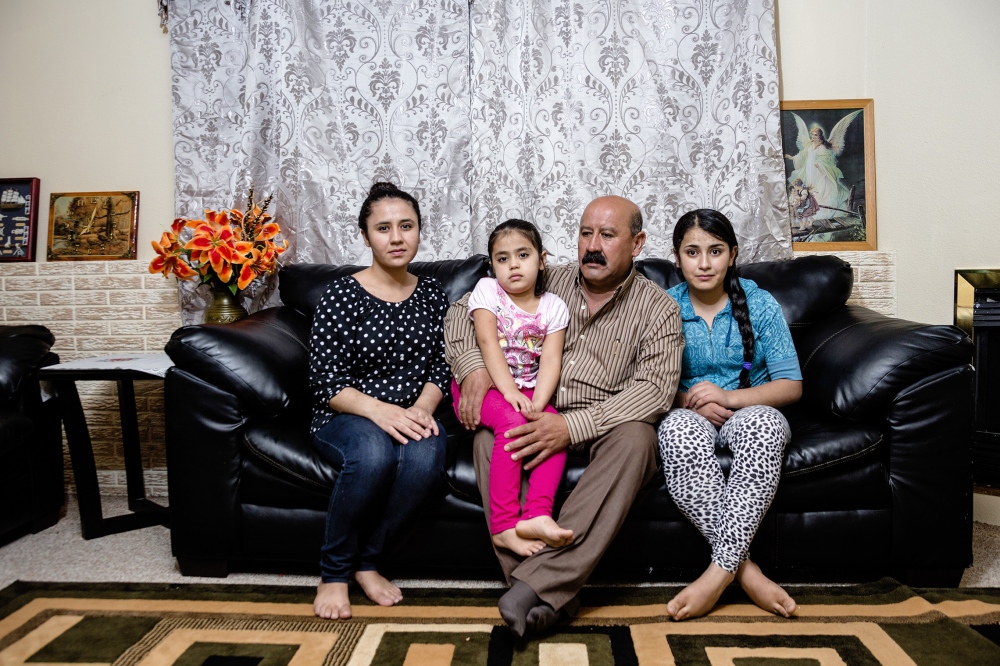 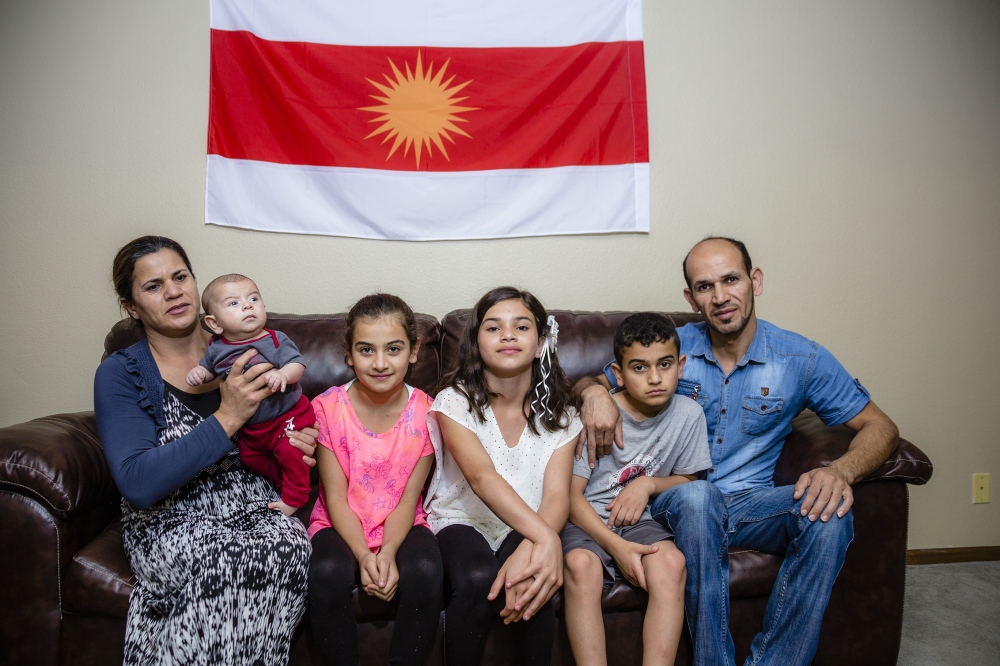 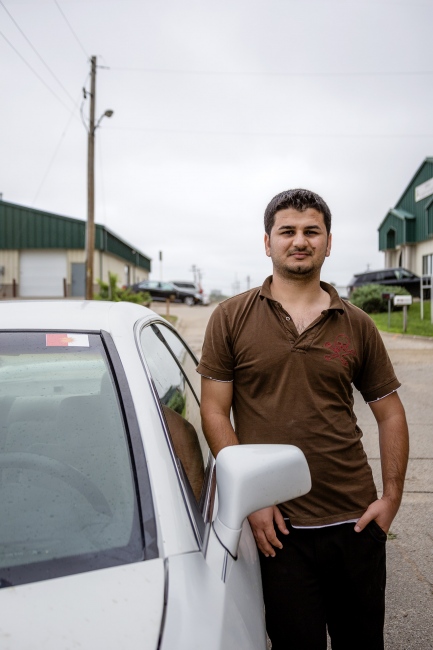 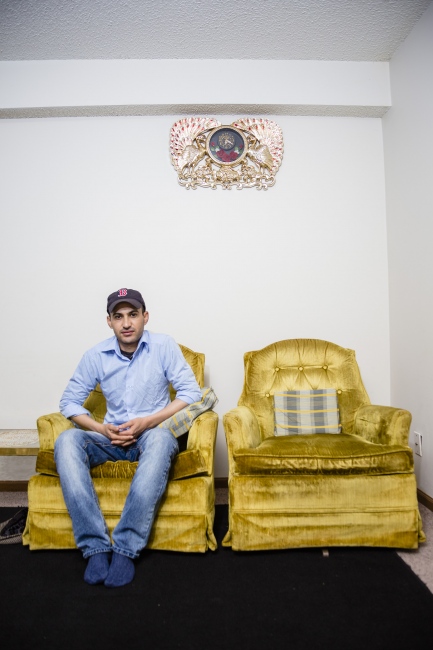 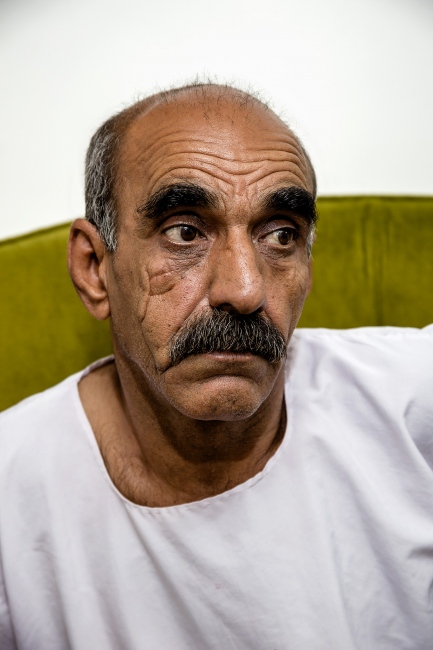 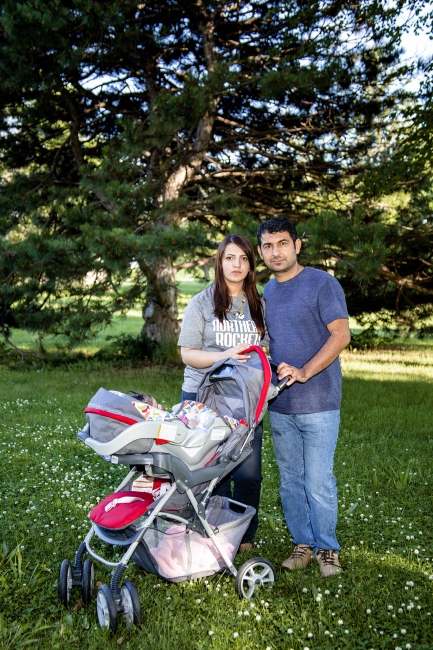 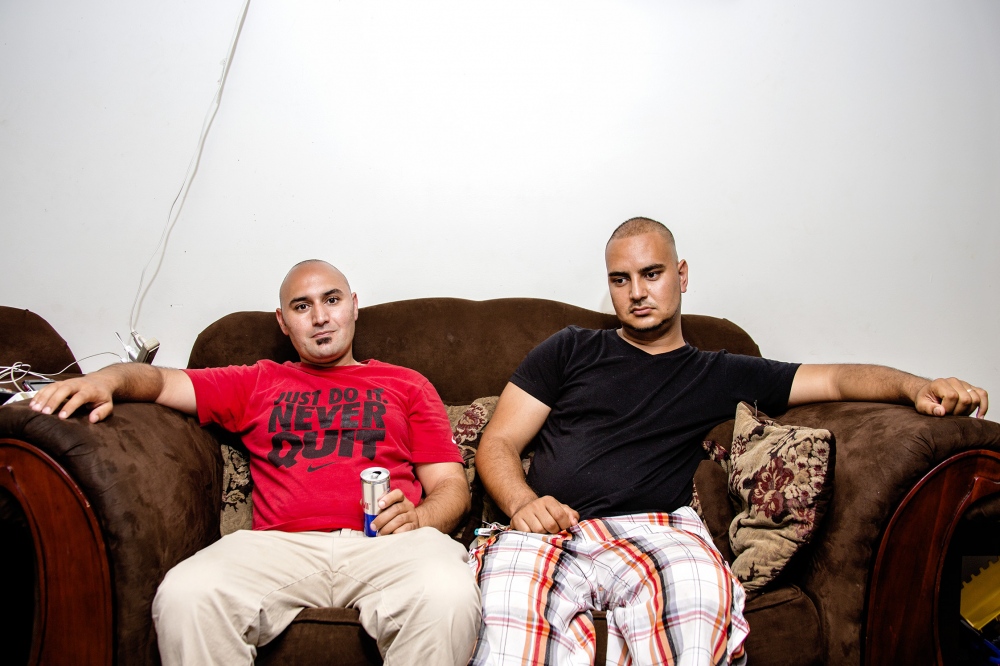 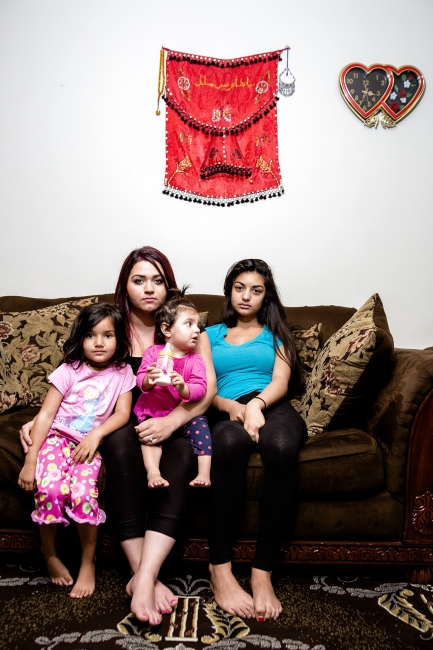 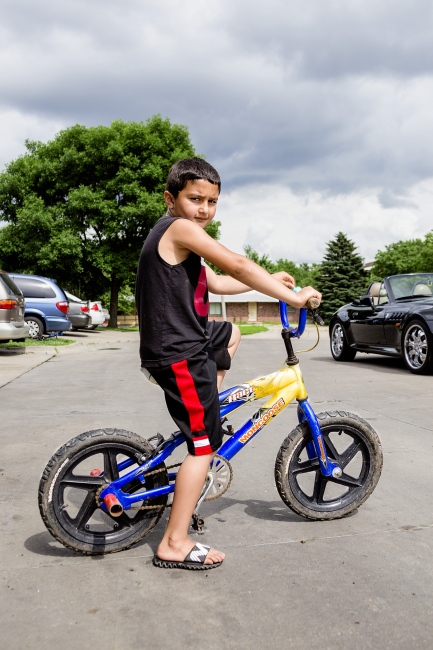 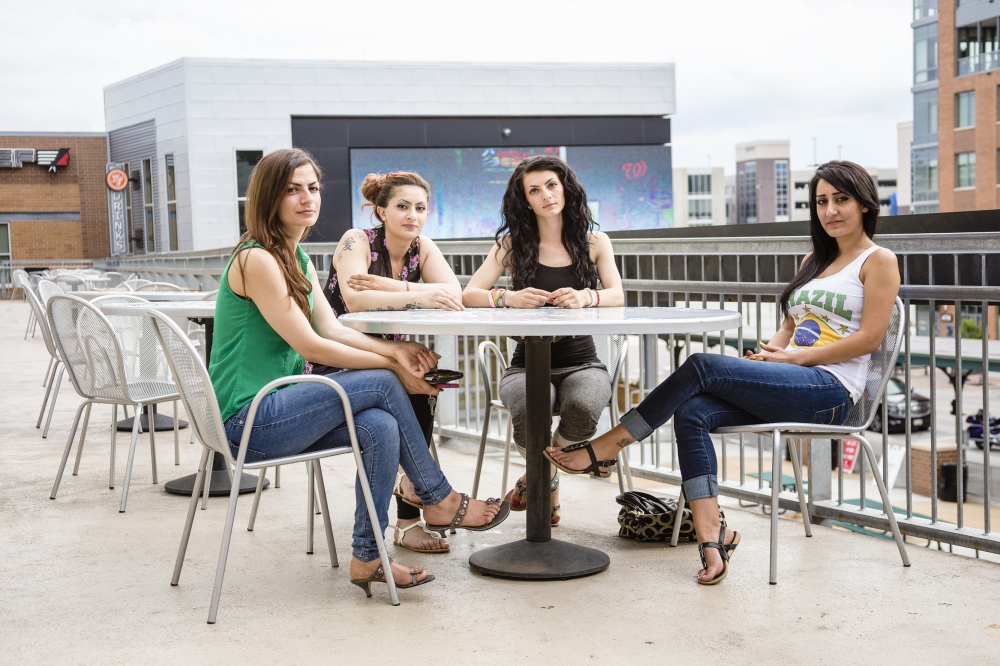 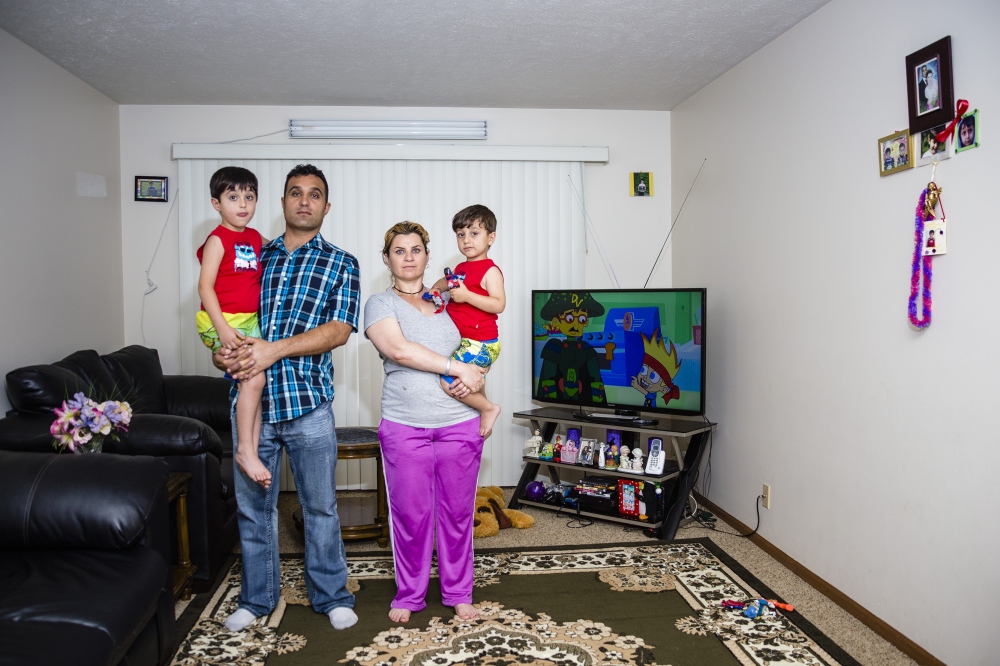 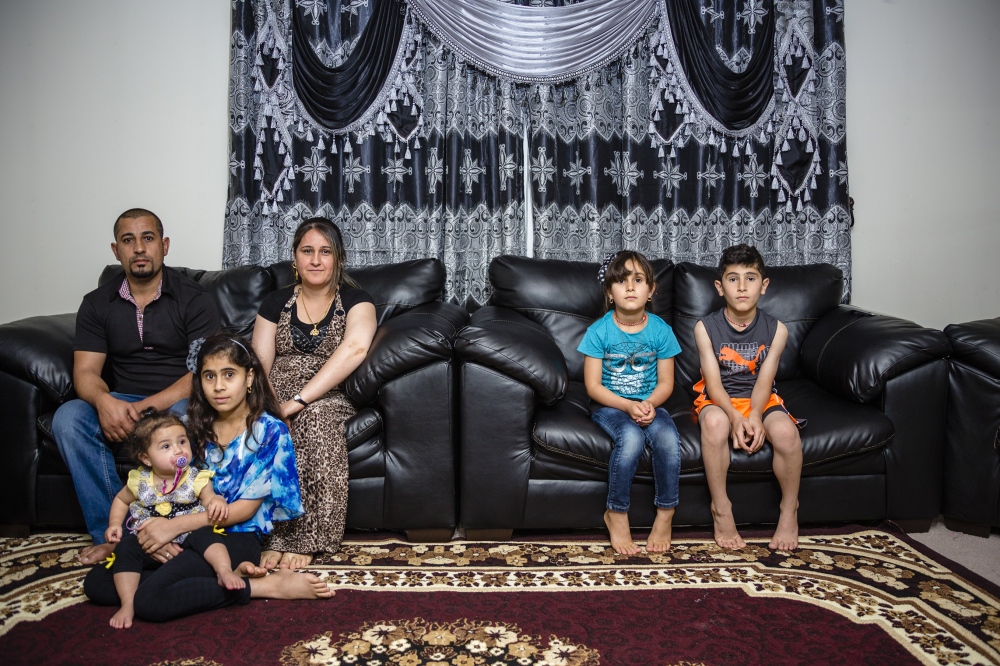 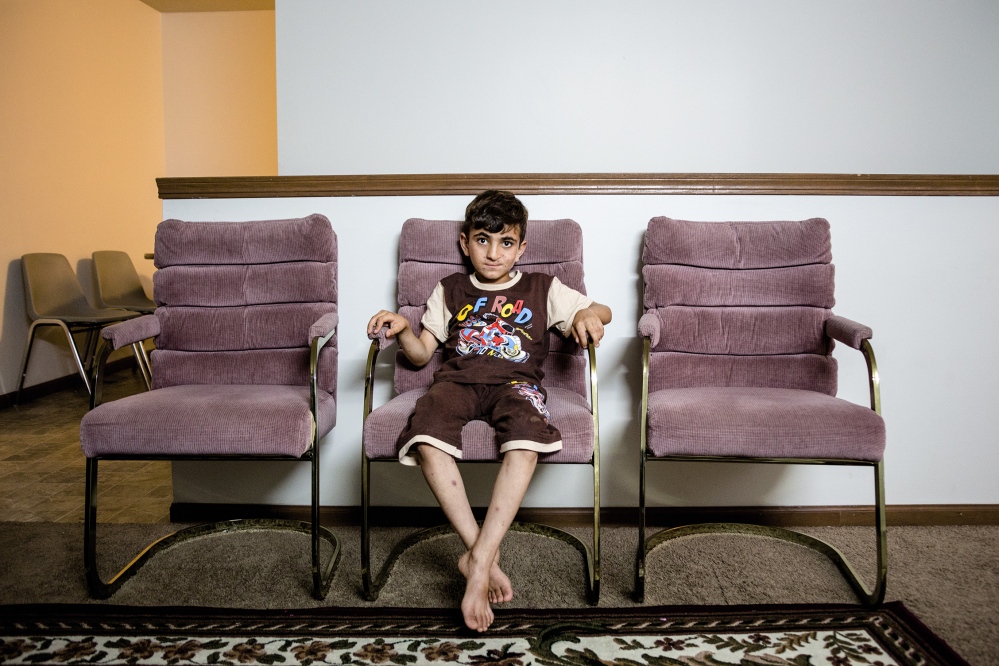 Hamo Ibrahim’s eyes are distant and hands are trembling as he recalls the days before the massacre of more than thousands of his people, the Yezidi, in August of 2014. Till this day there is no exact number of the amount of people who lost their lives at the hands of ISIL or trying to escape them. It will be a year that has passed since the murders, and he pauses to recall how a month before all the signs of a siege took place. One morning in early July 2014 he awoke to the news that 9 of his neighbors had been murdered. They were gunned down and their bodies were left behind while the women escaped as a message from ISIL. Ibrahim lived in Rabia, a farming border town between Iraq and Syria. Rabia lies just north of Sinjar, where within a month, Ibrahim and his tribe would flee for their safety. Shortly after Kurdish military checkpoints sprang up all along the roads. The Kurdish Army, the Peshmergas, who were entrusted to protect them, began confiscating weapons, despite arguments that they were needed for protection. When families reported that they felt they were being spied upon by ISIL rebels, the Peshmergas, who by then had 75 percent of their army leave the area according to witnesses, told them everything was under control even though entire families were being slaughtered in nearby areas. When word from nearby Southern towns in the Sinjar that ISIL was coming, the towns people were left with no where to go. They did not know whether to head to the mountain, the prairies or to Syria. Some fled on cars or tractors but most were on foot and left with nothing. “When people escaped from the villages to the mountains. There were hundreds of thousands of people from as far as your eyes can see,” recalls Ibrahim.

By this time the Peshmergas left, some stayed at the Syrian border and watched the events as they unfolded. ISIL had not set up any roadblocks leading up to the mountain at this point, so those that were able to climb did so, the ones that couldn’t and were not able to reach safe areas were left at the hands of ISIL.With no water,food or medical supplies thousands lost their lives. Many were children and elders.They slept outside, at high altitude alone on the mountain until ISIL came. By August 3rd of 2014 ISIL came out of the shadows, surrounding thousands of Yezidi on Mount Sinjar and proceeded to kill as many people as they could in broad daylight. They decapitated children in front of their families, kidnapped and raped women, murdered and left the men on the mountainside. People were set on fire, there was nowhere to escape. If you were young enough, ISIL would keep you for indoctrination into their own armies, or sell you for a pack of cigarettes as a sex slave. Some, like Ibrahim, who could not make it to the mountain, were able to escape through Dohuk, a town by the Turkish border which was known to be a safe zone. In Kocho another village in the northern province of Iraq ISIL captured the village and told the people to stay and that nothing would happen. After a few days all the men were killed. The village had roughly a population of 5000. The village was far from the mountain so it was harder for them to escape from there. Some of the villagers played dead and were able to escape.Ibrahim would later escape to a Syrian refugee camp. As he crossed the border the Syrian government warned them that ISIL would follow, not offering solace that they were safe. A combination effort between Iraqi and American governments helped bring food, water, medicine and eventually evacuation to the region. Ibrahim would eventually make it to the United States with the help of relatives.

The Yezidi live a complicated life in the Arab region. The area being predominantly Muslim, there are numerous misconceptions about Yezidi culture that keep them in the realm of outcasts and infidels. There are approximately 900,000 Yezidi in the world. The Muslims believe the Yazidi are a band of Kurds that worship a form of Satan,  a misnamed angel that influenced them to worship Adam and Eve despite living in a monotheistic world.  This is essentially incorrect. The Yezidi stress that they believe in a single God, and recognize the angels that do his work, but this falls on the deaf ears of Muslim extremists. The ISIL takeover in the region has brought about even more peril than the Saddam era. Under Saddam many Yezidi felt protected, and all of that has dissolved along with any sense of government. Yezidi is also often misspelled at Yazidi, because Muslim fundamentalists associate them with Yazid Bin Ma'awaya, who killed prophet Mohammed's grandson.

The Yezidi live a very different life in the US. They are free to practice their religion and culture openly and with newfound legal support around religious practice. They aren’t living in the poverty of their home countries and are allowed to go to school, open stores, purchase items from whom they wish, have proper burials, and build homes. They don’t fear being kidnapped and held as hostages or being sold for a few dollars. They do however have two main challenges; worrying about family members back home and having a  government representative and media speaking publicly on their behalf. There is no one. No one is concerned about the remaining 650,000 people in Iraq, who face constant assault. The 24 hour news cycle had it’s time a year ago with this story and has long since forgotten it. The family members haven’t. The survivors haven’t. Probably even the Marines who did the rescue haven’t .

By Michael Santiago / oakland, california — Since the time that Christopher Columbus began the slave trade in the Caribbean, enslaved Africans..
Jun 10, 2015

By Michael Santiago — 3 years ago I moved to California to pursue my dream of graduating from college. At that time my father..
May 7, 2015

By Michael Santiago — When Ken Shandy made the decision to start eating healthier he weighed 580 pounds. At that point, he had..
Aug 1, 2014