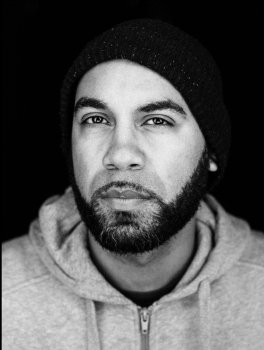 Photographer based in Brooklyn,NY

Michael Santiago (b. 1980) is a photojournalist based in Brooklyn, NY. Michael received his B.F.A. at San Francisco Art Institute and a Master's degree from S.I. Newhouse School of Public Communications at Syracuse... read on
About

Michael Santiago (b. 1980) is a photojournalist based in Brooklyn, NY. Michael received his B.F.A. at San Francisco Art Institute and a Master's degree from S.I. Newhouse School of Public Communications at Syracuse University. His work focuses on issues concerning people of color and their communities; ranging from issues surrounding obesity, cancer, race and identity, family relationships, healthy eating, youth empowerment and more.

He is the recipient of the 2015 Alexia Foundation student grant for his project "Stolen Land, Stolen Future" a body of work focusing on Black farmers of California. His project “250” a work revolving the life of a man’s struggle with obesity won the 2014 Forward Thinking Museum 1st quarter photography competition and his projects  "A Promise"and "Michael the Veteran" were selected as juried winners for Morpholio Projects Future Voices. He was also invited to attend the 2015 New York Times portfolio review and  was a student at  the Eddie Adams Workshop XXVIII. His portfolio received an Award of excellence at the 70th College Photographer of the Year awards and most recently received a Grand Prize award in the Documentary/Photojournalism category at PDNedu 13th Annual Student Photography Competition and a winner in the 2016 PDN Photo Annual in the student category. Most recently he was named a 2017 Carnegie-Knight News21 fellow, a national multimedia reporting initiative focusing on water pollution and its impact on health in the U.S.

His work has been published and featured in the New York Times Lens Blog, VICE Australia, Slate, ESPN's The Undefeated, The San Francisco Chronicle, Scientific American and Buzzfeed News. He has assisted for publications such as National Geographic Magazine, Smithsonian Magazine, Buzzfeed News, and Bloomberg News.  Michael was also 1 of 4 contributing photographers for WNET's "Chasing the Dream: Poverty and Opportunity in America".