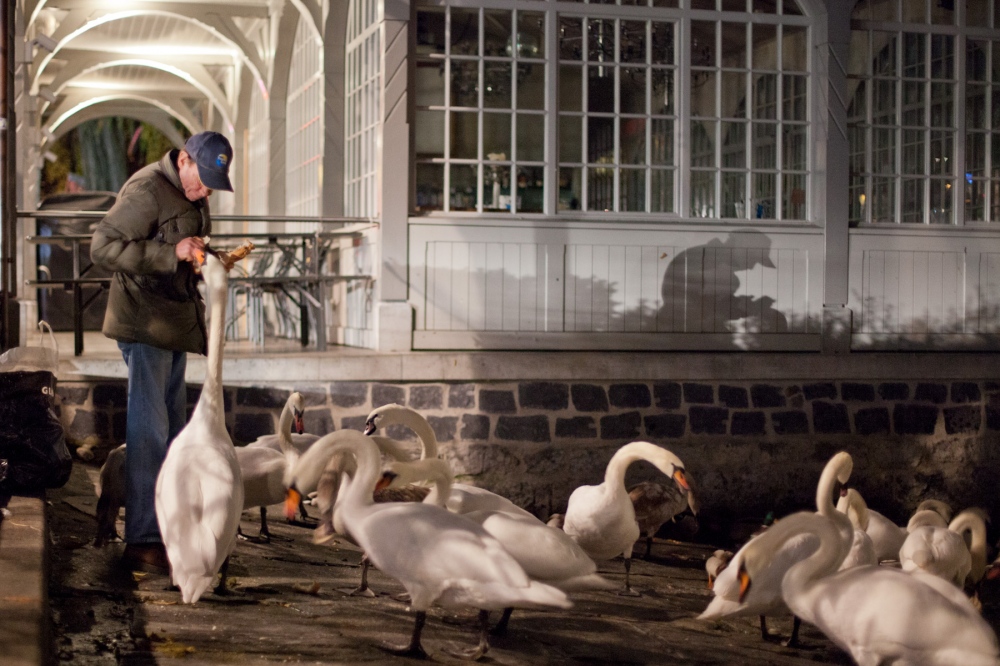 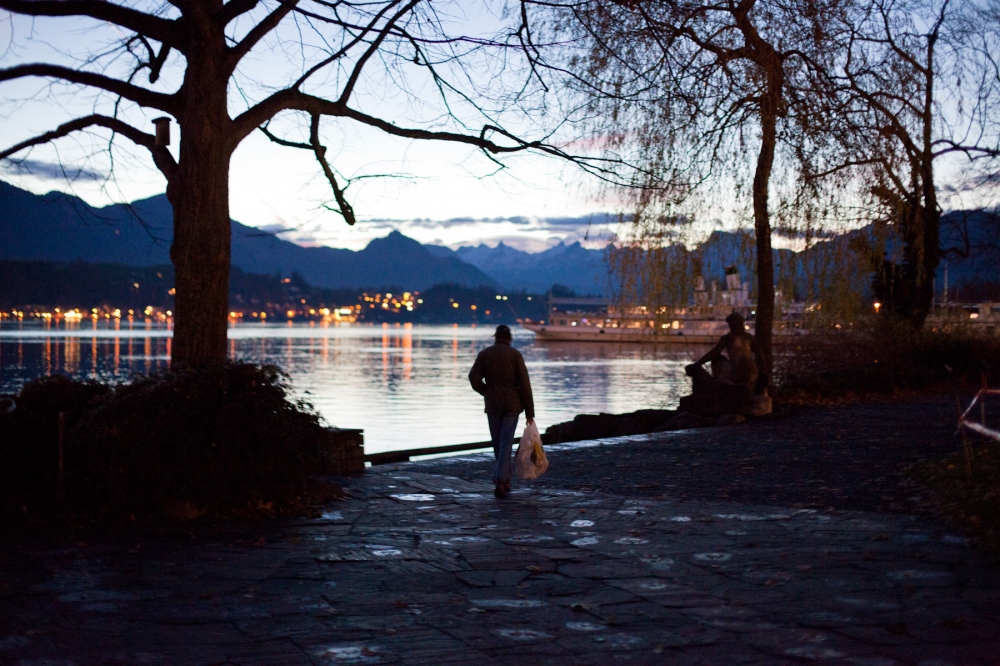 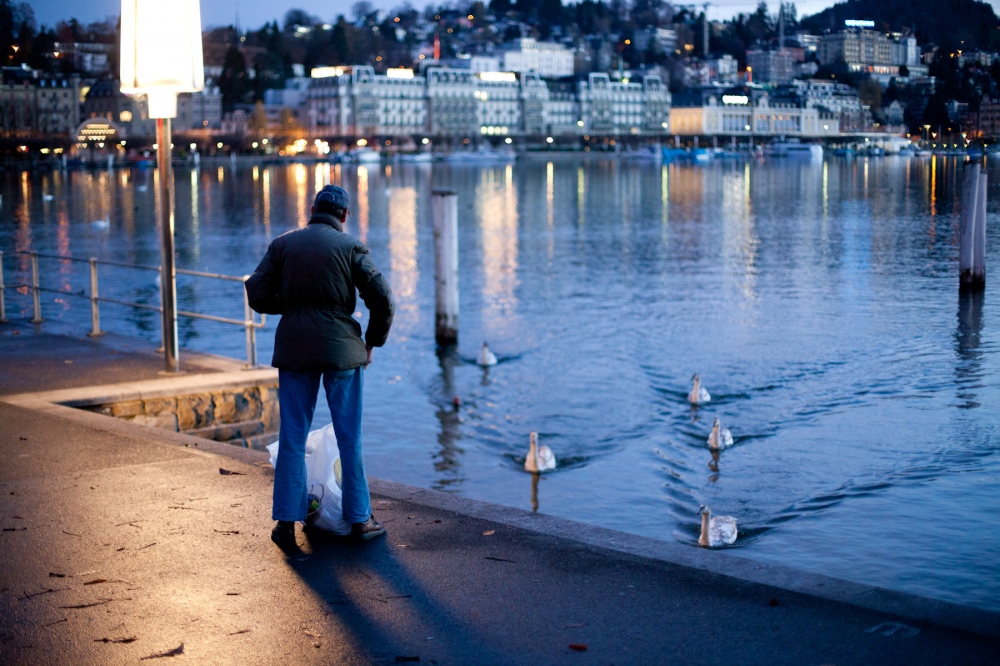 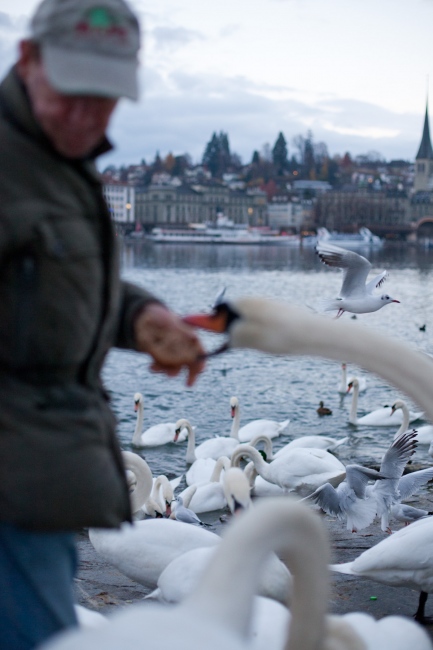 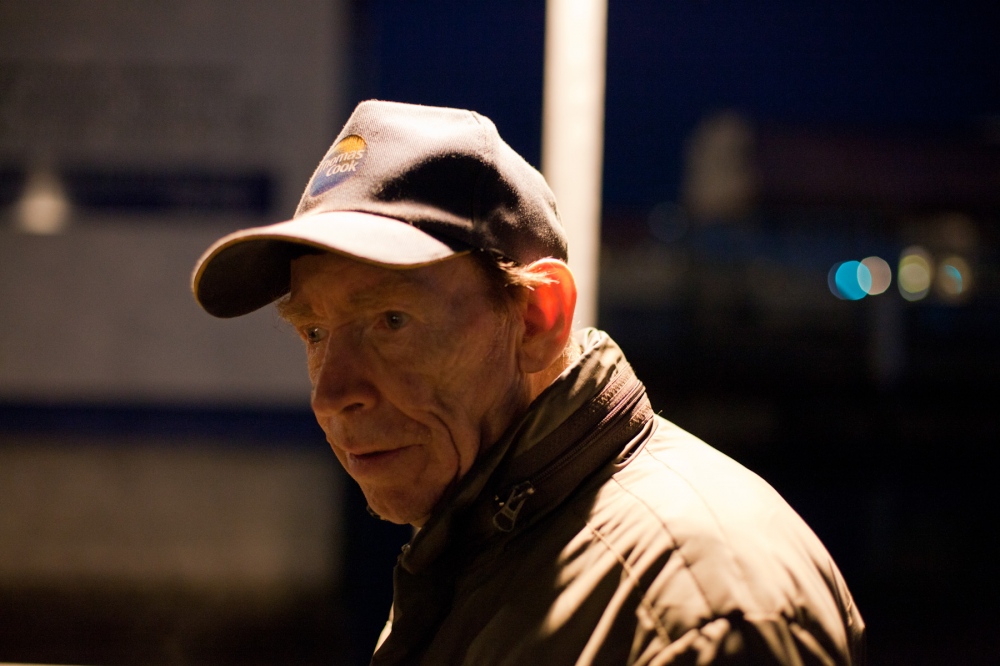 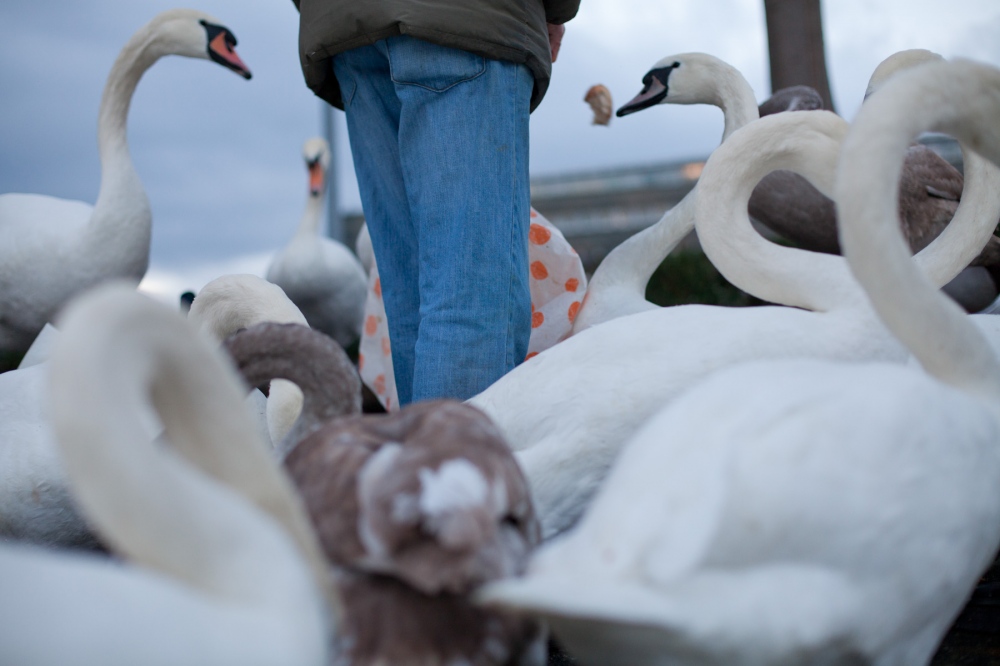 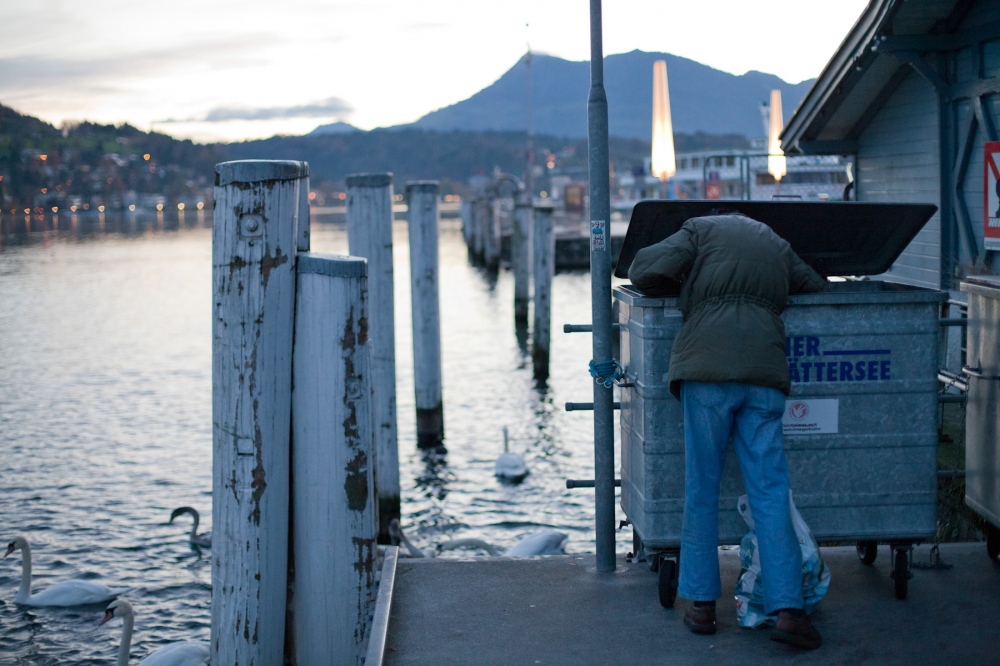 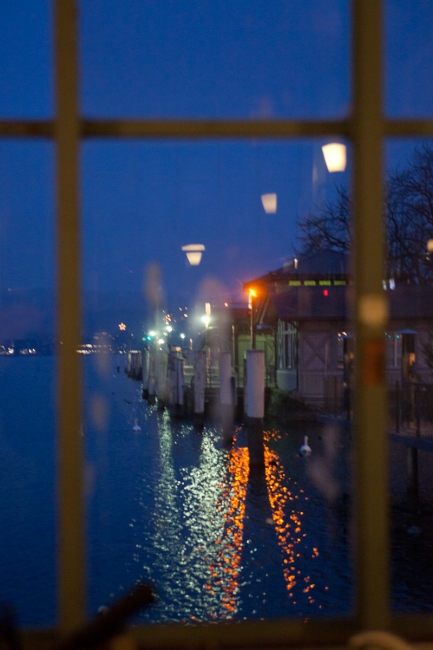 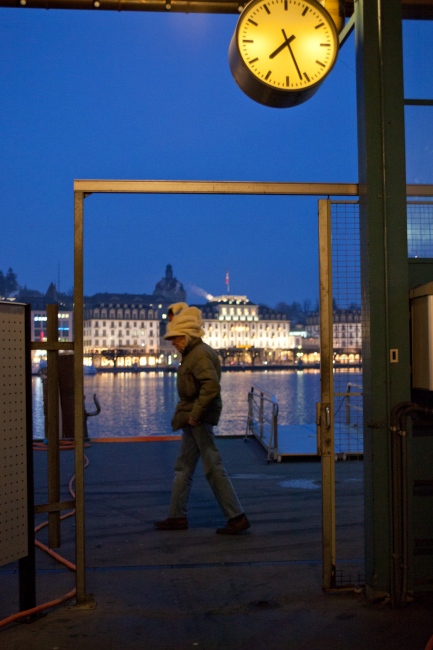 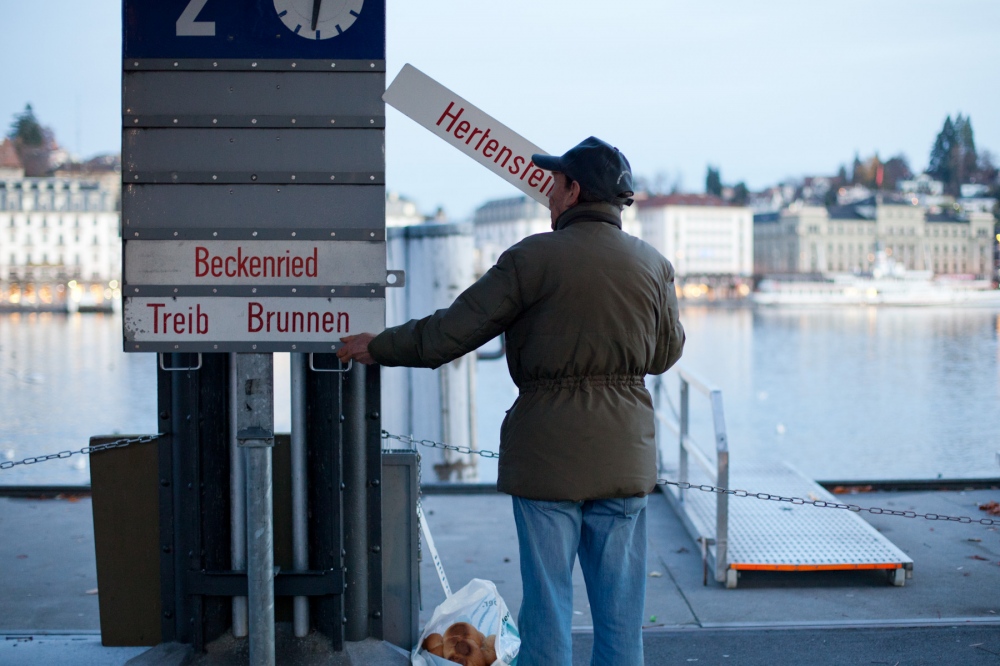 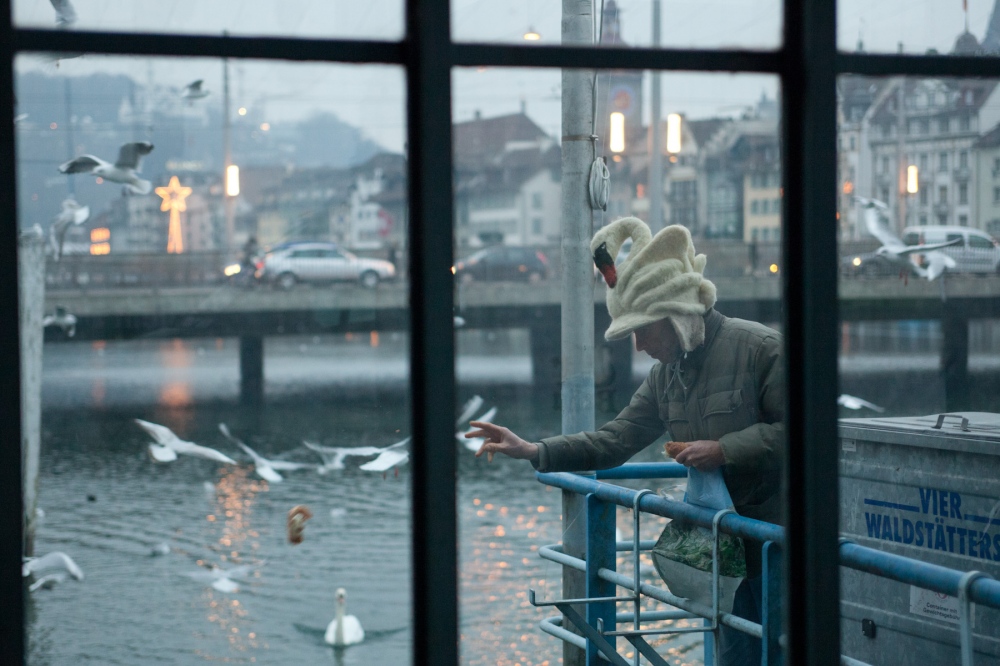 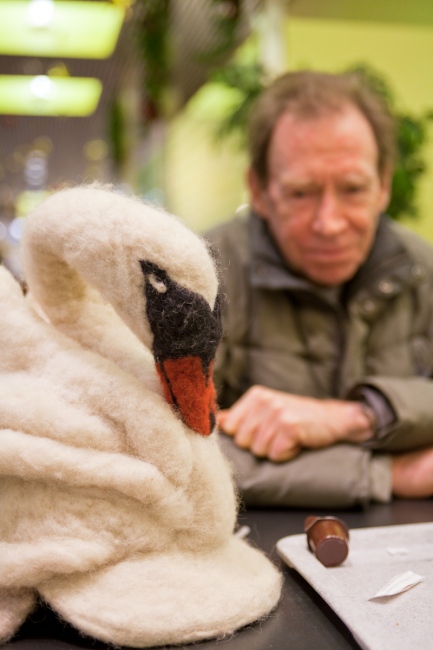 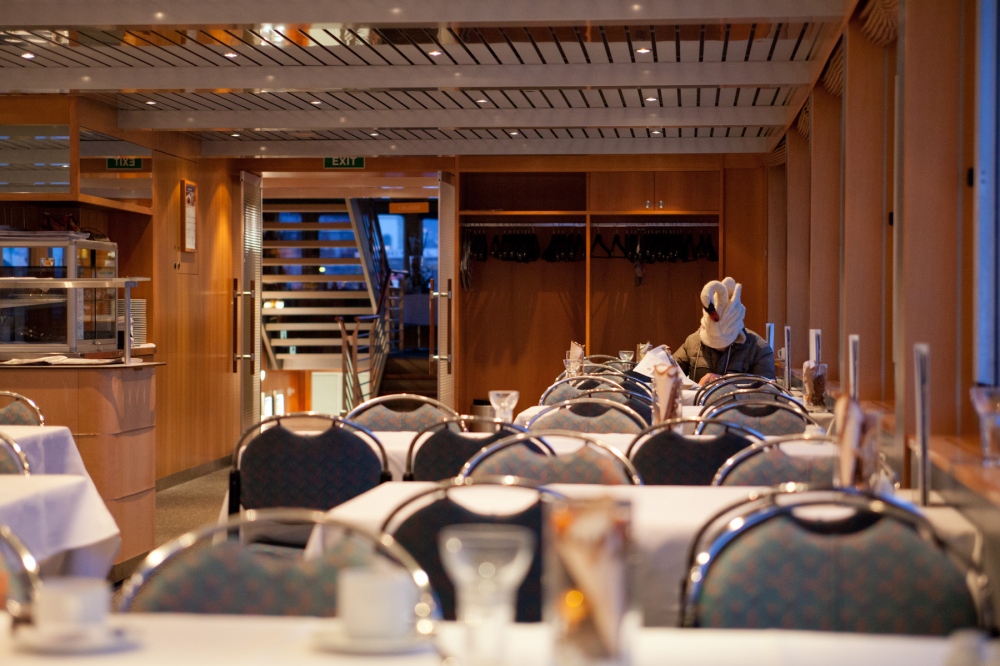 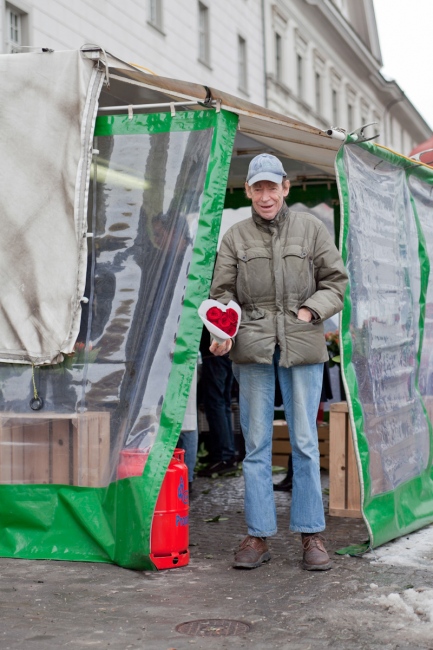 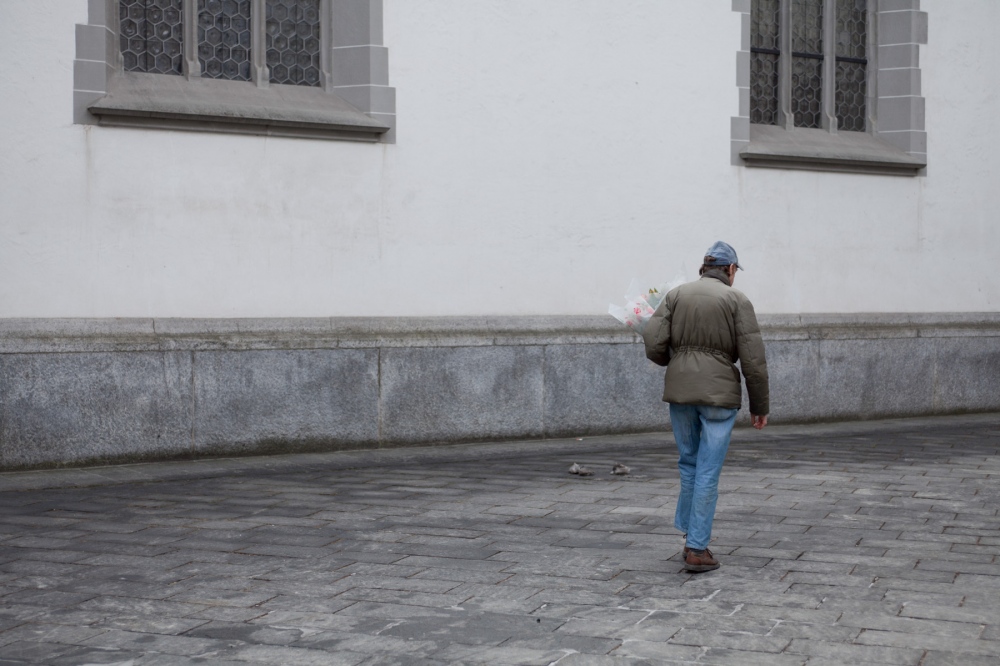 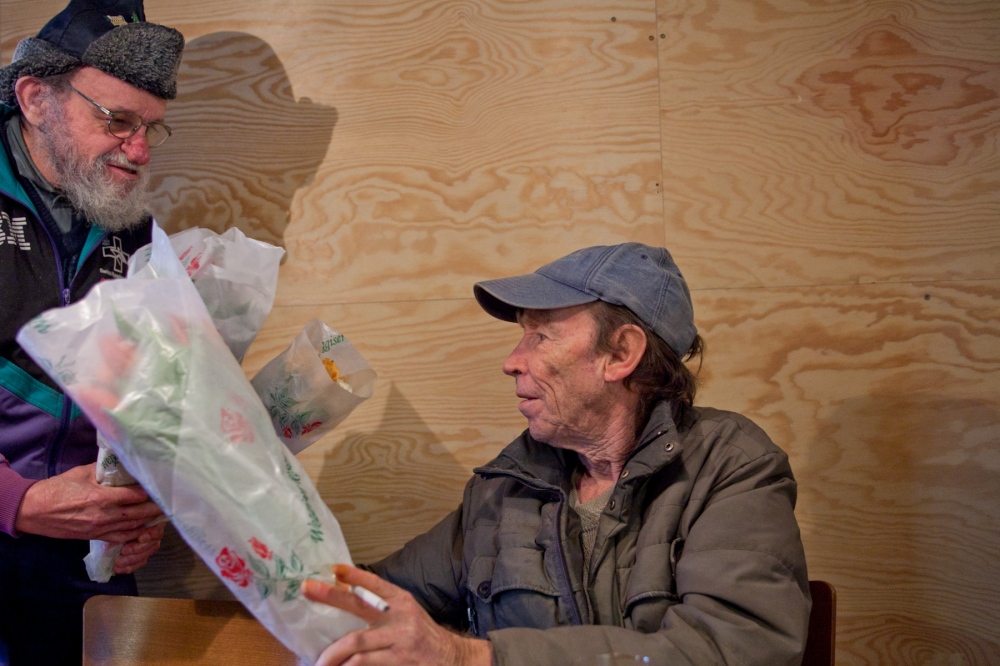 Dedicated to «Johnny» - father of the swans

Johnny was one of Lucerne’s  so called «characters», a man with a truly genuine and original character. With 16 Johnny had to leave home, at the age of 22 he started sailing the world as a sails man. In his last years he lived in Lucerne/Switzerland, where Johnny was widely known for feeding the swans at the Lucerne lake very early in the morning. Feeding the swans was Johnny’s favourite occupation, he always said that he knew all his swans by name. When Johnny appeared alongside the lakeside, the swans started moving towards him from all over the lake. A surrealistic swan parade at sunrise.

Even in winter times Johnny was out at 5 o’clock in the morning. Each day he started early in order to pitch in when the supermarket unloaded the goods. In return for his help he was offered the bread form the previous day. So with bags full of bread he left the supermarket and went to the lakefront.

After feeding the swans he waited for the first ship to arrive, which usually reached the pier at 7:39 am. For some minutes he was at hand to the ship’s crew. In return for these services the crew allowed him to enter the boat and sit in the warmth and study the newspaper.

Later the day Johnny would help the flower man at the local market and earn some tulips for his support. The tulips he exchanged for coffee and drinks at a bar where he occasionally met some friends. Johnny was probably Lucerne's greatest expert of micro-business. And he did it in a clever way. It was his way to enrich his days with social contacts, self-chosen responsibilities and earn some extra money next to the small social welfare he received.

By Meike Hanne Seele / east frisian island, germany — soul-island-breath My island, in the North Sea, isolated from the continent yet close to it. Refugium for..
May 5, 2018

By Meike Hanne Seele / Rüschlikon, Schweiz — Hannah Hannah and Sarah are young sportswomen. They enjoy playing volleyball. The girls have been..
Feb 20, 2016

By Meike Hanne Seele / Lucerne, Switzerland — My «nightwalk» photos are the result of long walks through  the night during a time when I preferred..
Aug 12, 2015

By Meike Hanne Seele — Being by myself and observing my surroundings. That's the whole magic of it.  Following the world with..
Feb 20, 2015

By Meike Hanne Seele — Photography meets science 2014 I was asked to visualize six doctoral/post-doctoral projects of the..
Jul 3, 2014

By Meike Hanne Seele — Two and dreams From the very first second on human life is a continous line of fragile moments. Fragile in..
Jun 14, 2014

By Meike Hanne Seele — During a workshop in Marseille a short text from the book «L’Image fantôme» from..
May 6, 2014

By Meike Hanne Seele — What happened in the former death zone of the Berlin wall? What happened between this all and everything..
May 2, 2014