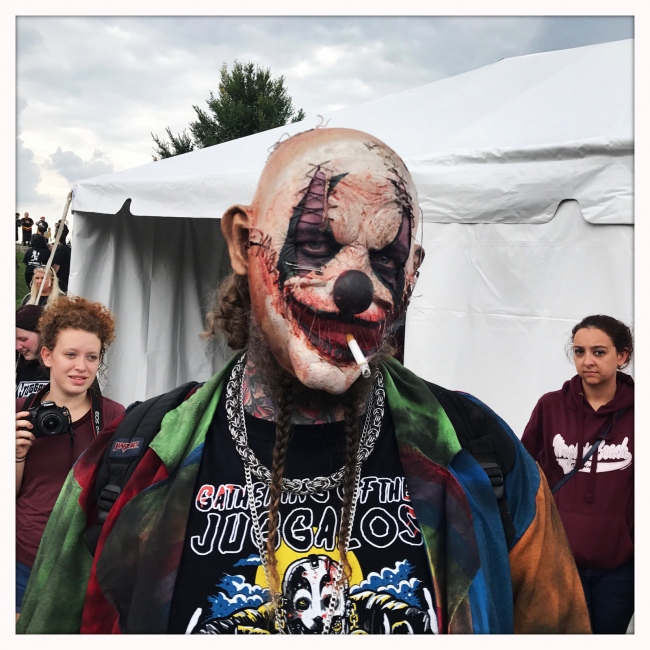 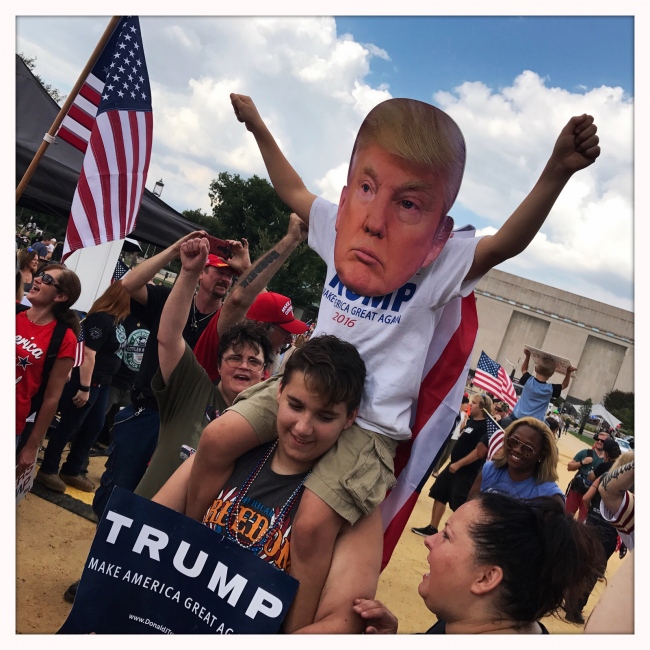 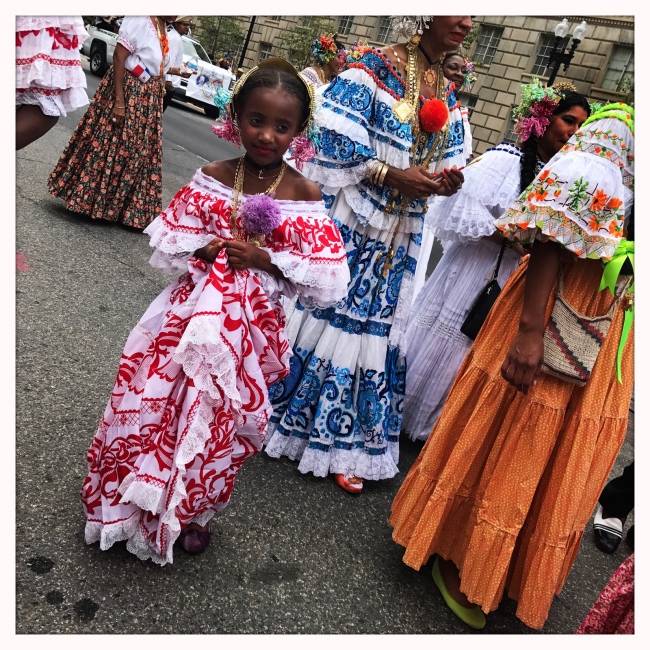 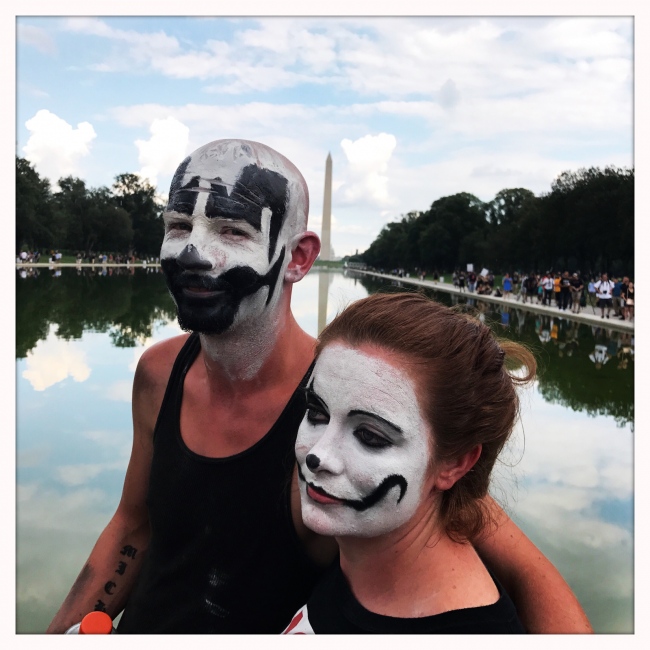 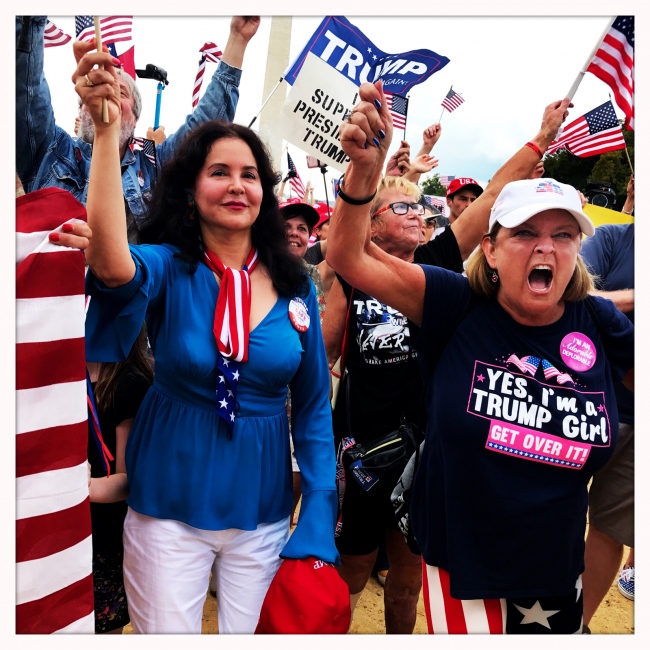 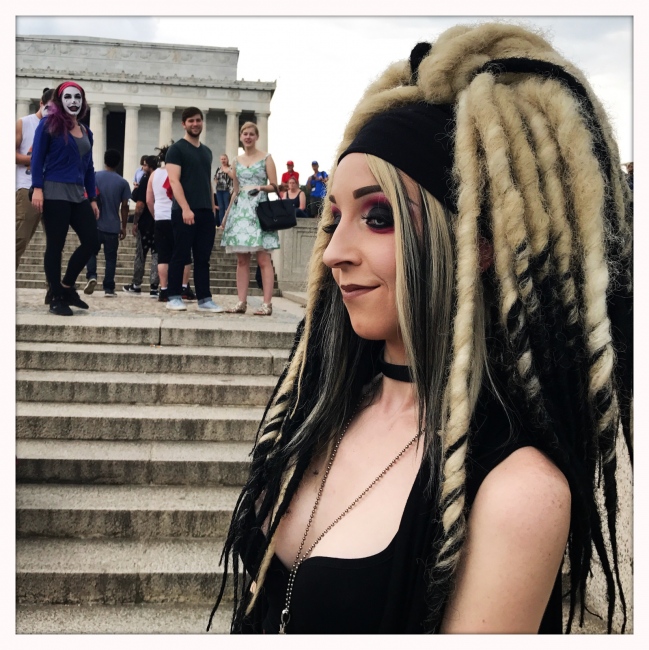 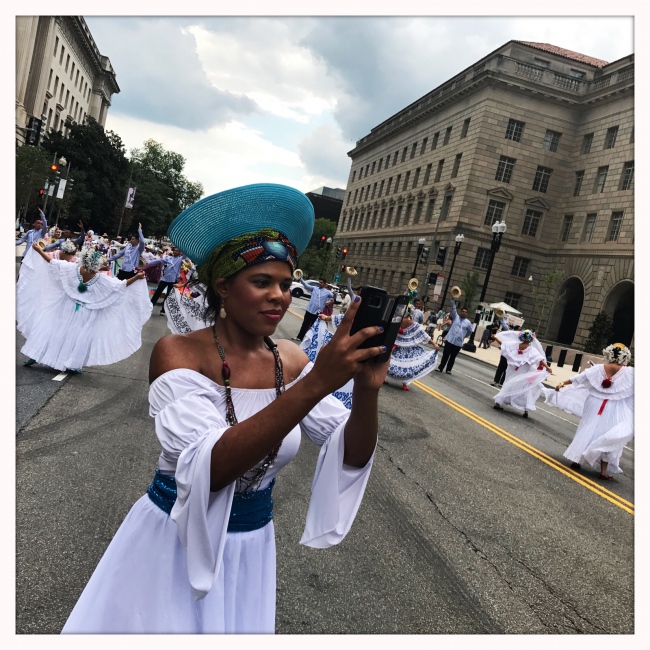 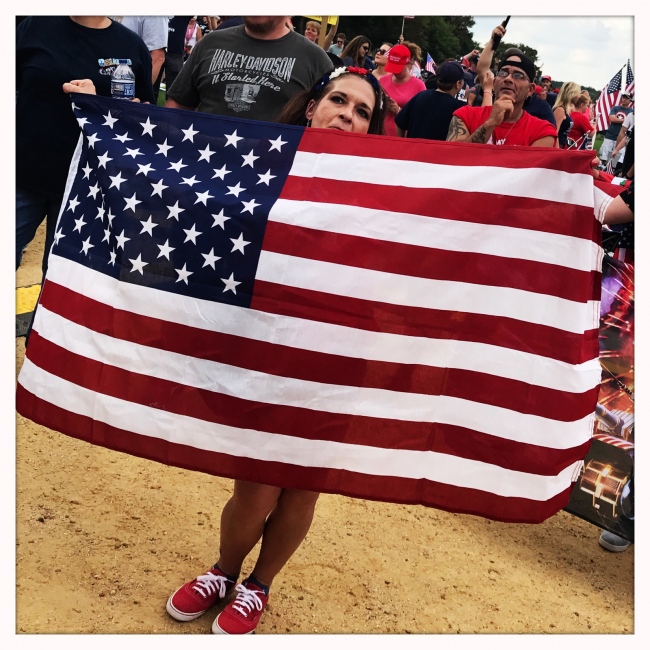 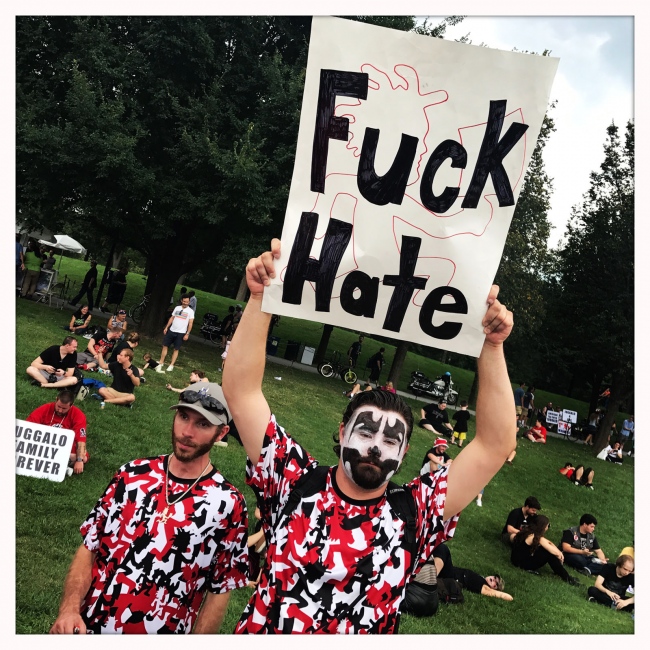 9 of 9 © 2021 Lucian Perkins
Public Story
The Mother of all Rallies, The Juggalos Rally and Fiesta DC Parade—all within walking distance of each other
Credits: lucian perkins
Date of Work: 09/16/17 - 09/16/17
Updated: 09/18/17
Archived as:  Documentary, iPhone, Photography, Photojournalism, Street

A cosmic alignment centered in Washington, DC on Saturday, September 16th. On a small corner of the National Mall a loud speaker system blasted out to several hundred Trump supporters the familiar chants of “Build that Wall, Build that Wall” and “Lock Her Up,” from a rally billed as the “Mother of All Rallies.” During the quiet moments of that rally, one could faintly hear the singing of hundreds of performers dancing down Constitution Avenue as thousands lined the streets to watch the 2017 Fiesta DC parade. And then westward of these two events at the foot of the Lincoln Memorial were over a thousand Juggalos (fans of the rap group Insane Clown Posse) many with faces painted and colorfully dressed protesting the FBI’s designation of these music fans as gang members—really?

By Lucian Perkins — Chanting four more years, some ten thousand, most unmasked, supporters took to the streets of Washington,..
Nov 15, 2020

By Lucian Perkins / Array — The African American community and America's youth stepped up to help Biden win this election. In..
Nov 9, 2020

By Lucian Perkins / Array — Beautiful fall weather, dogs, and masks highlight the scene as thousands of women marched in DC today. At..
Oct 18, 2020

Forth of July: Protesting Trump's America

By Lucian Perkins / Washington, DC — Yesterday, DC got its city back. The thousands of federal troops wearing uniforms without any identifying..
Jun 7, 2020

By Lucian Perkins / San Francisco, California — After being closed for three years the San Francisco Museum of Modern Art reopened to reveal a spectacular..
Sep 22, 2016

By Lucian Perkins — Art can evoke and inspire a special relationship with its audience. In Miami over 75,000 visitors attend the..
Jul 13, 2016

By Lucian Perkins — Remote Area Medical (RAM), gave free care to over 2,000 uninsured and underinsured Virginians at their..
Jul 13, 2016