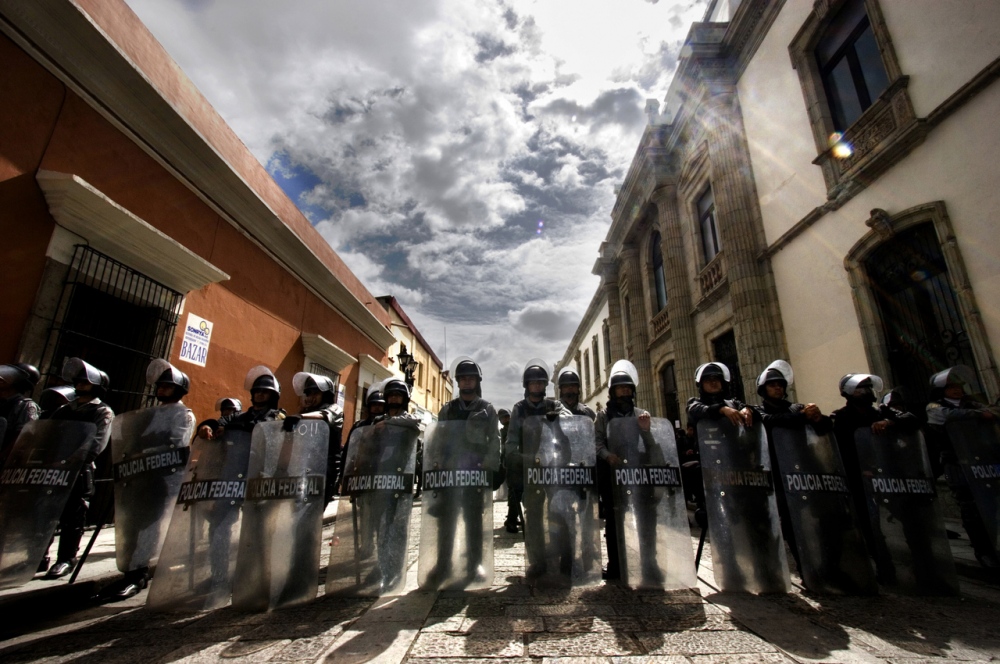 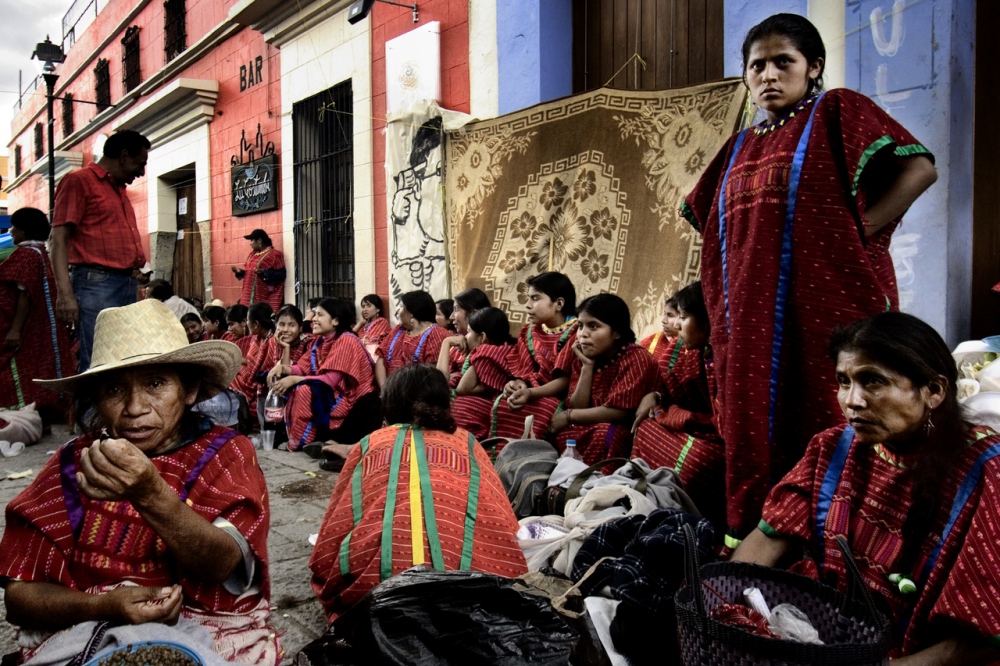 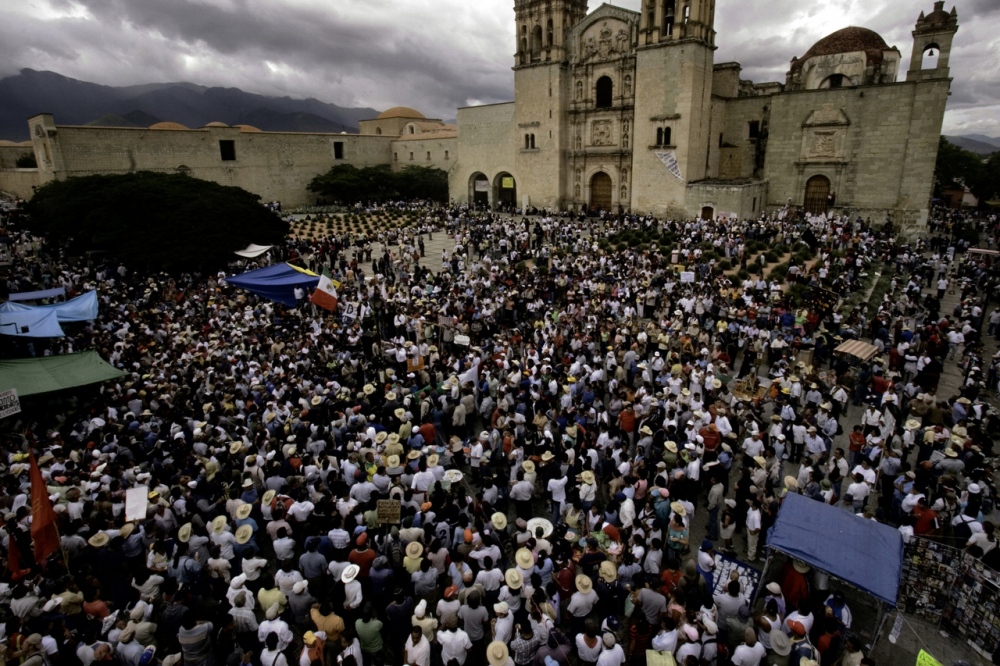 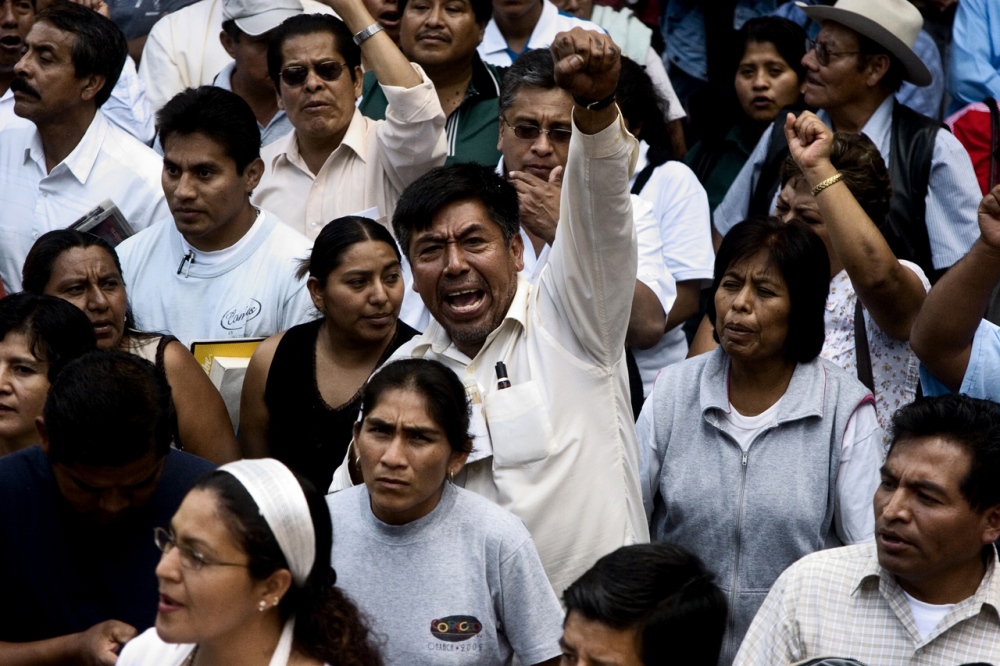 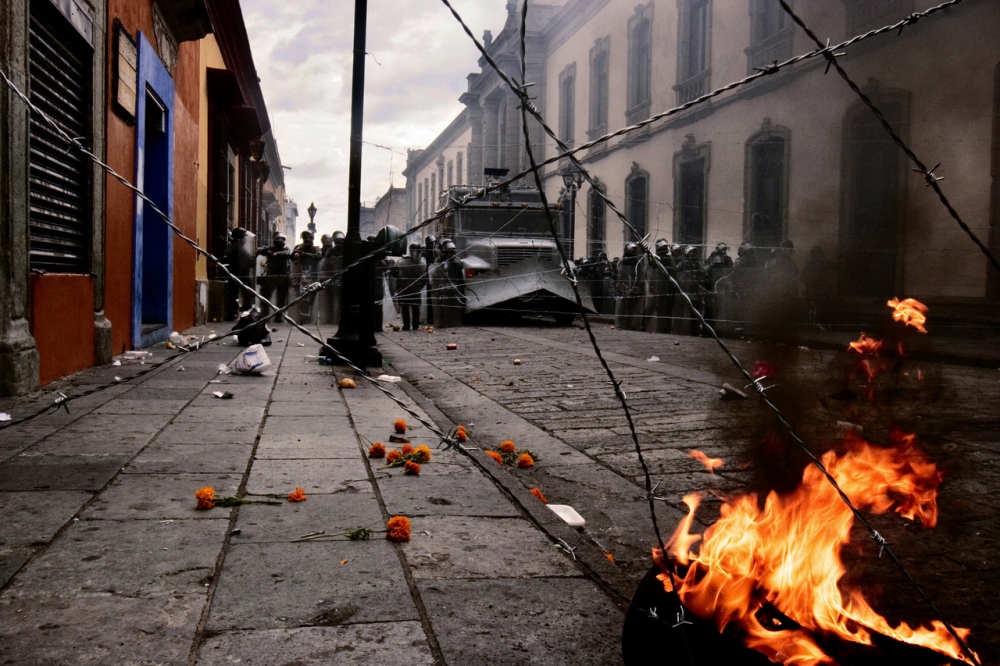 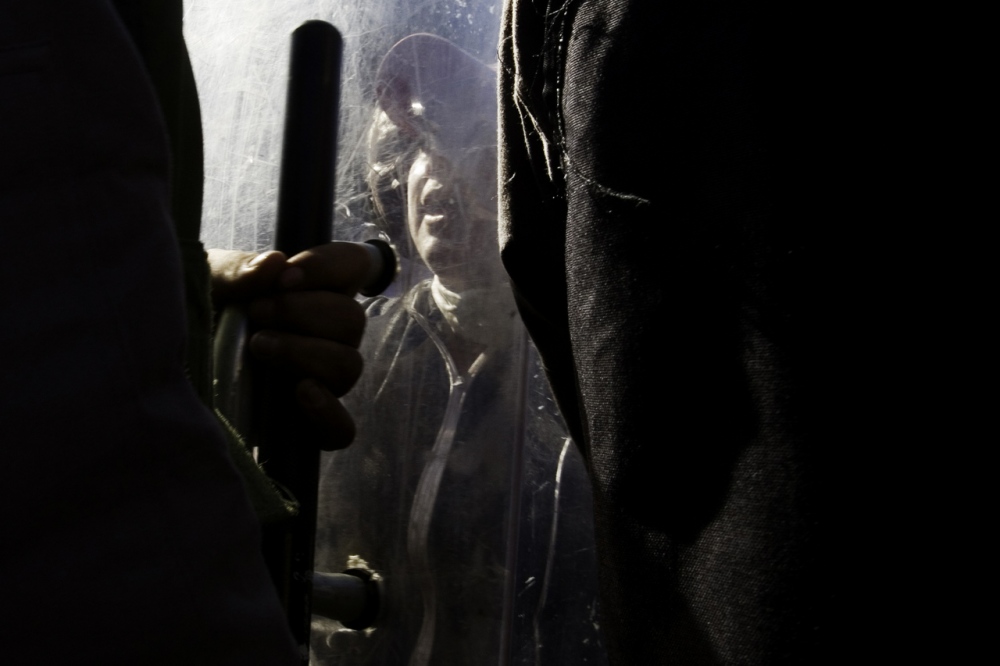 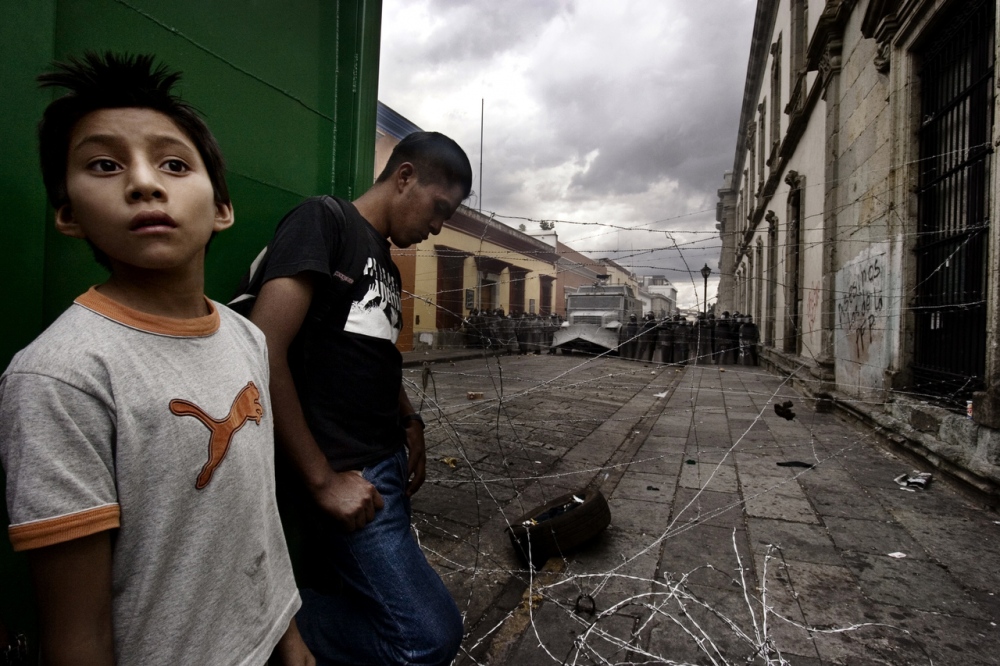 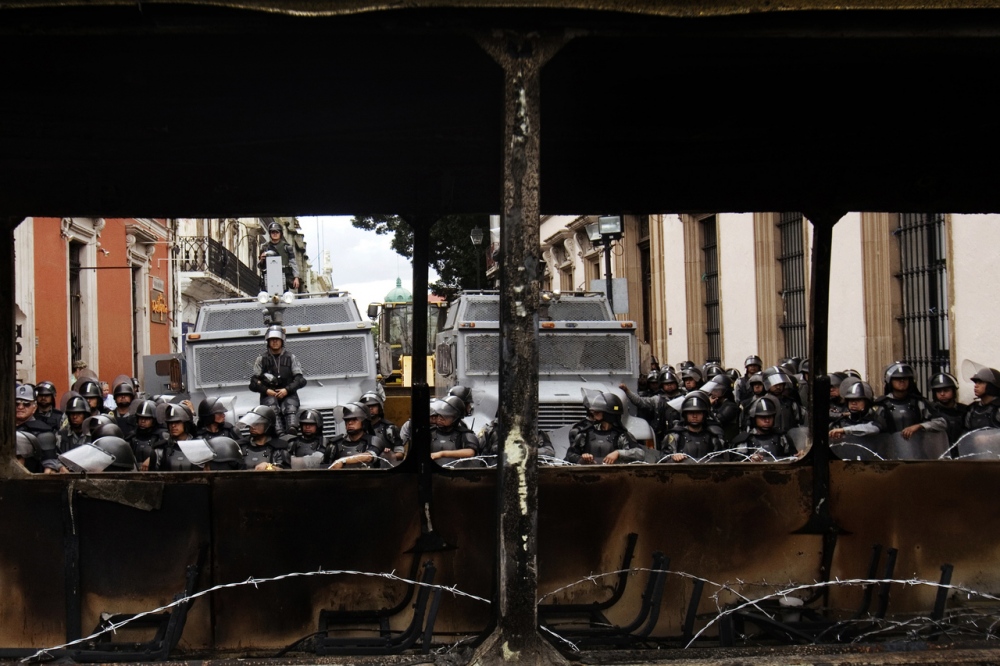 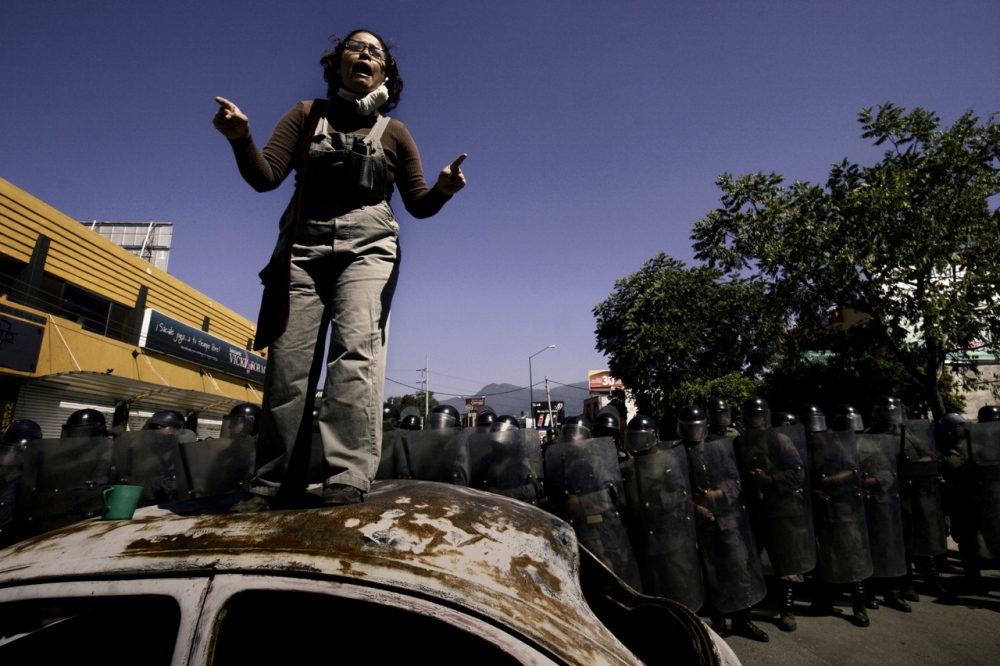 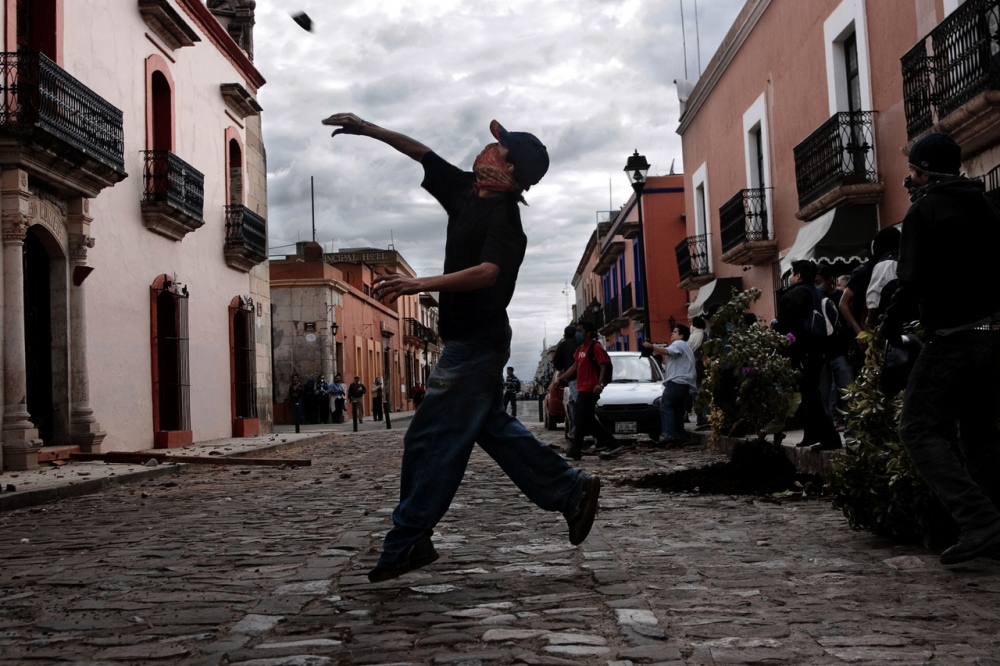 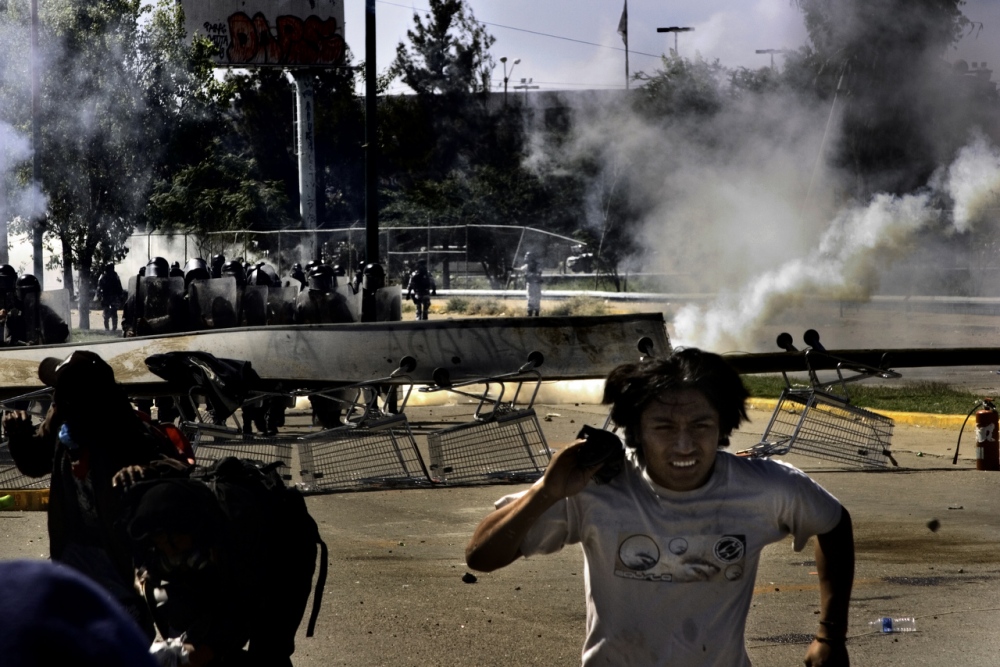 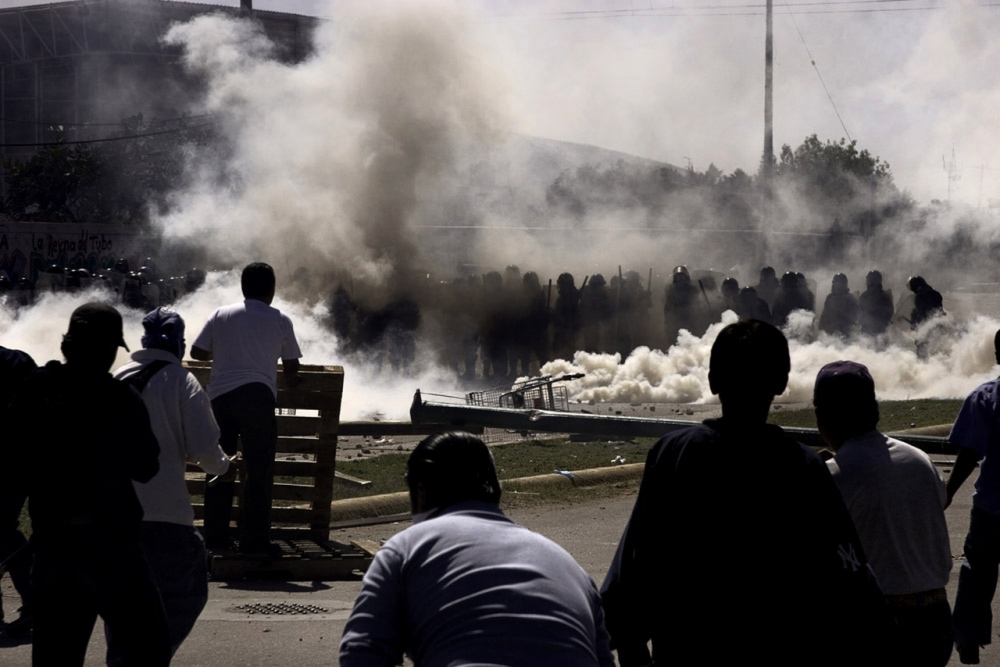 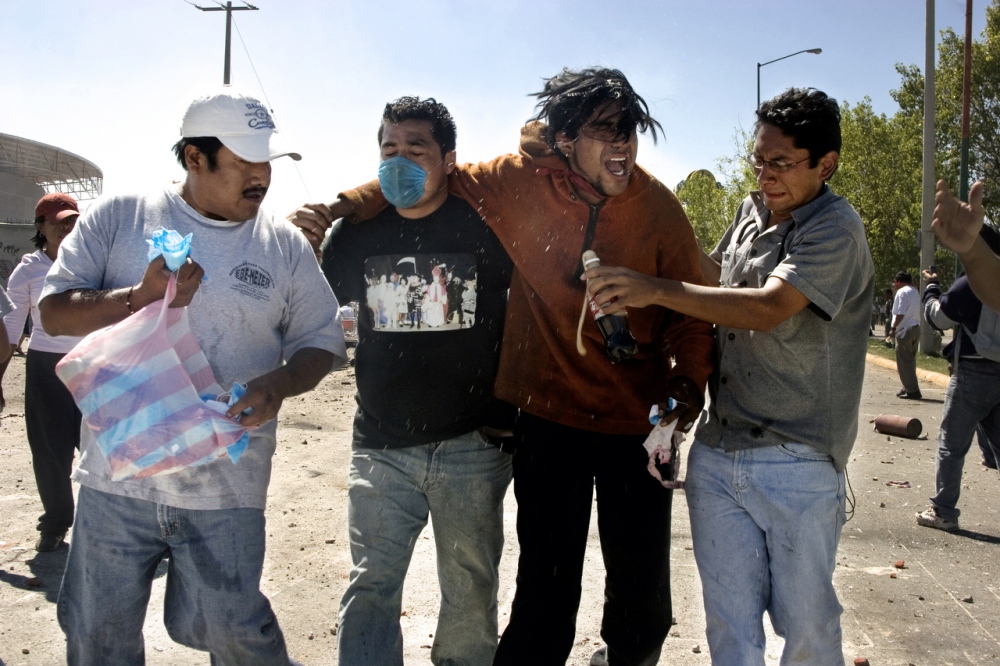 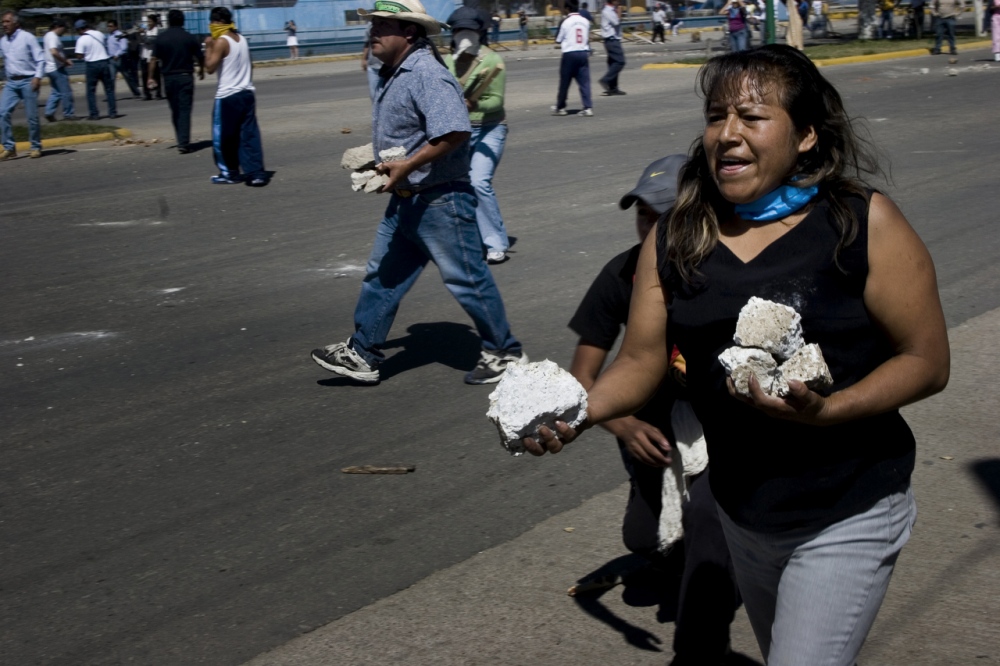 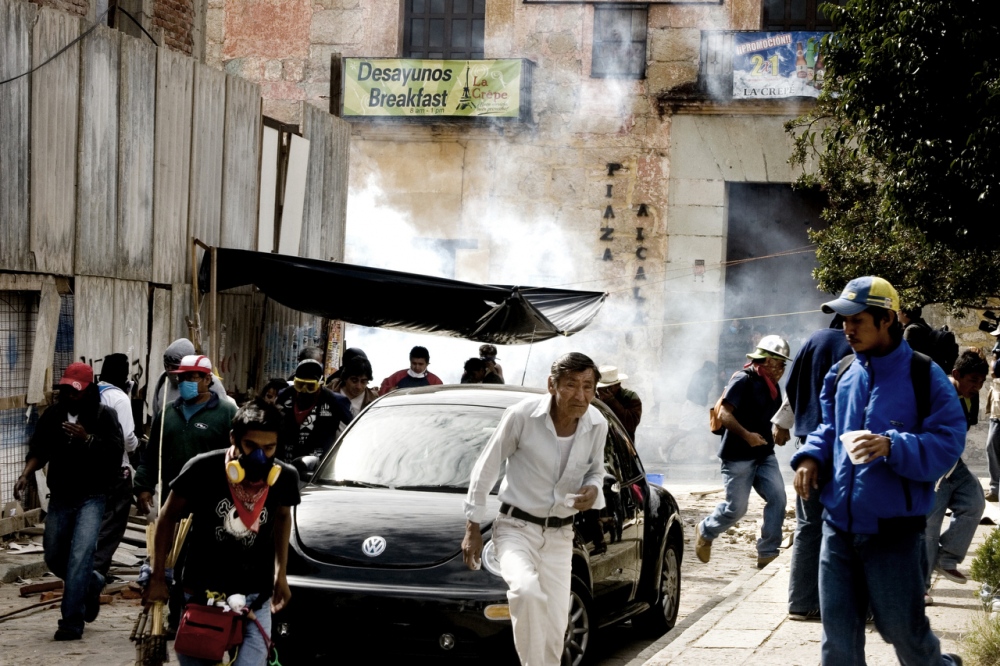 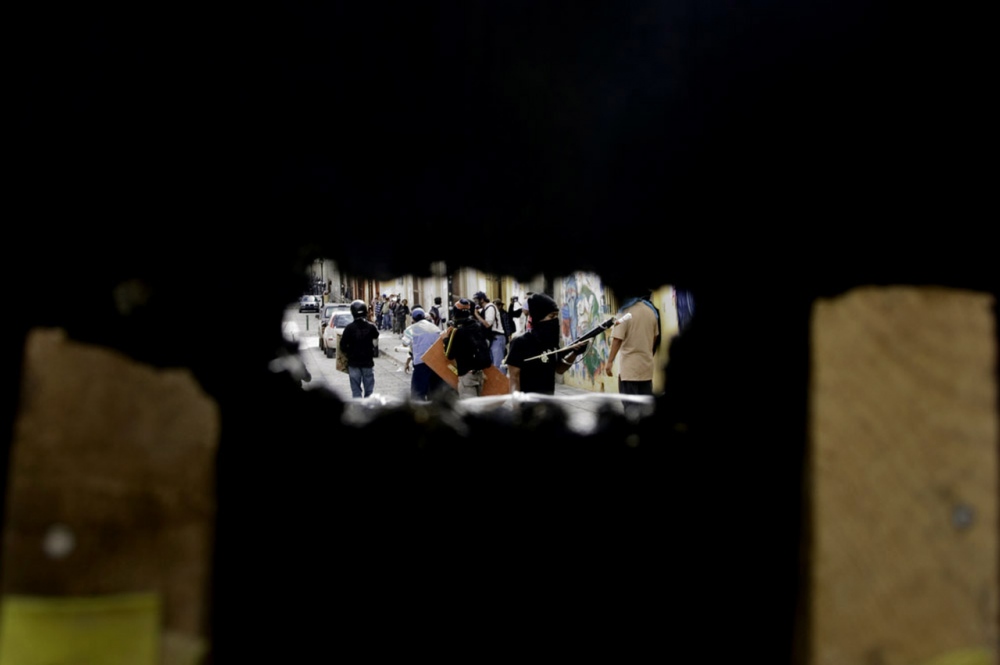 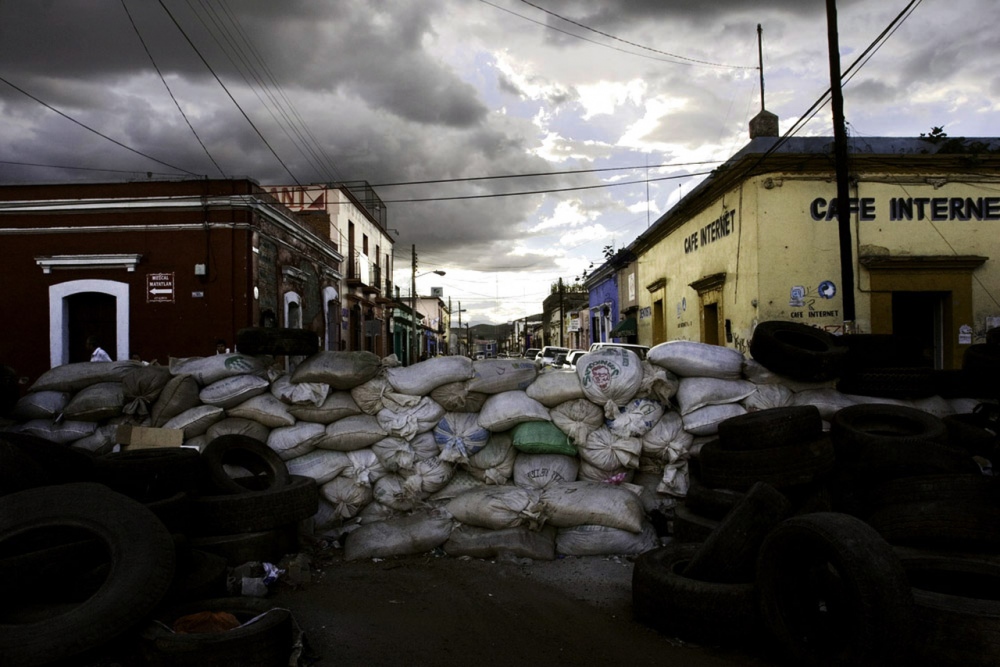 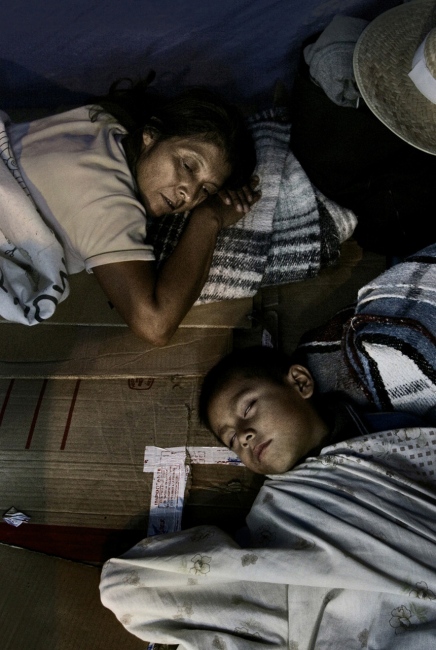 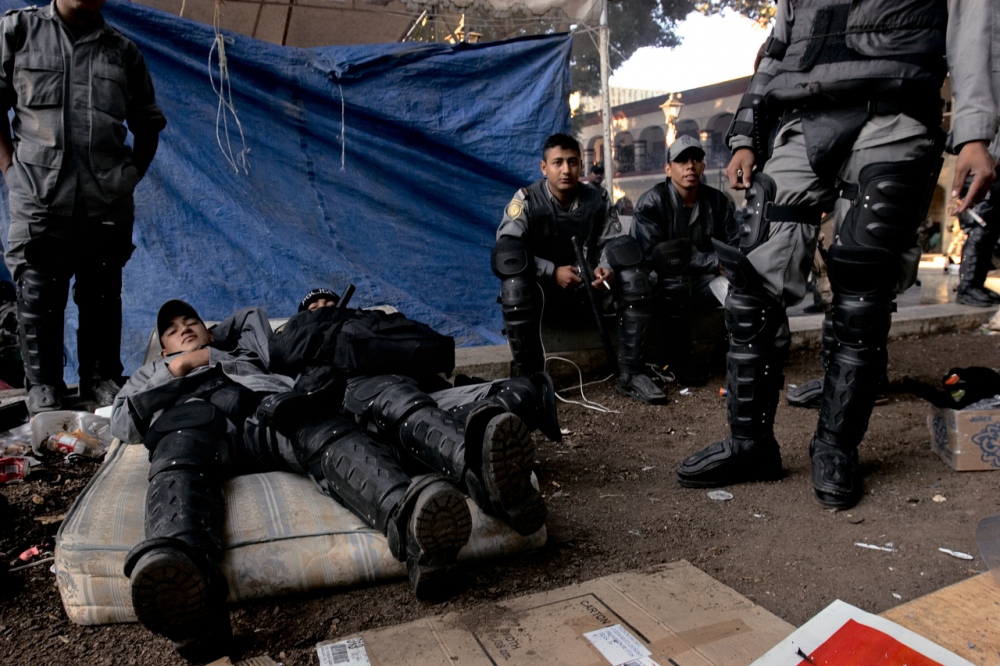 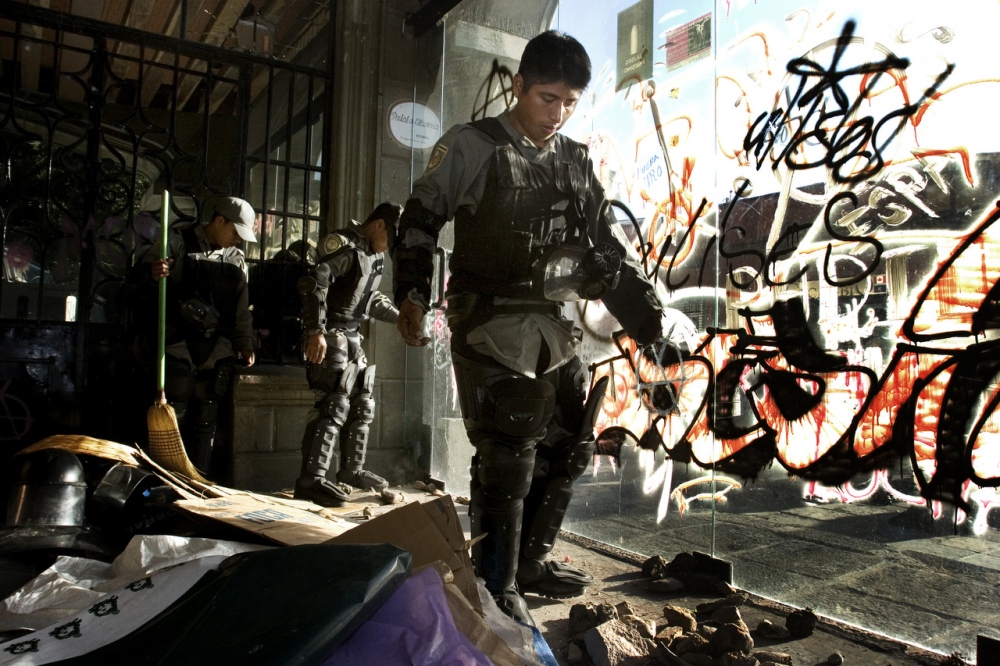 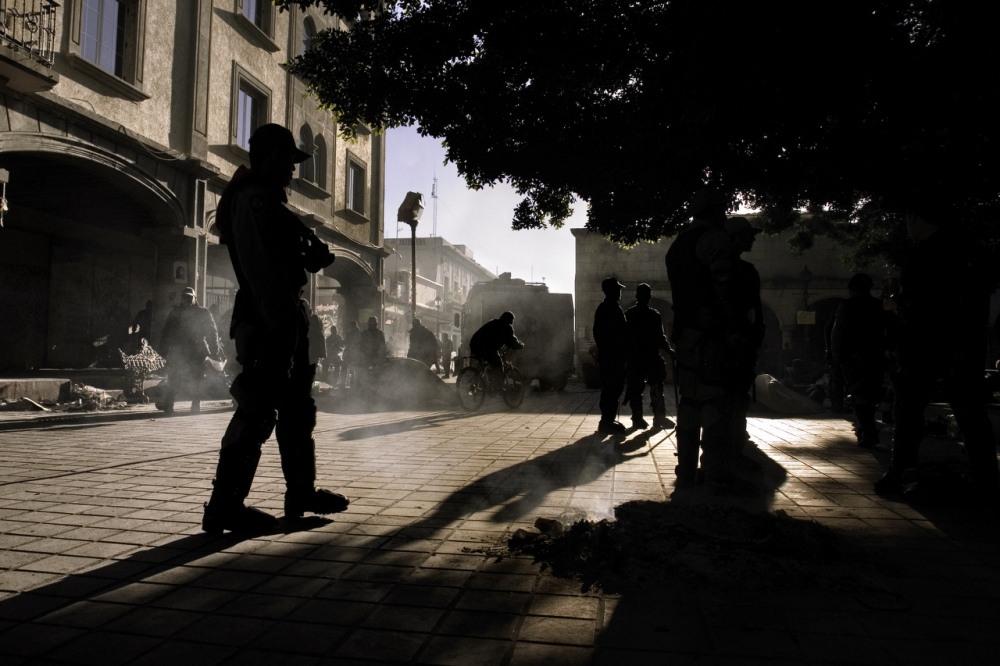 Oaxaca is Mexico's second poorest state, with the country's largest indigenous population and a long history of popular uprising. In May 2006 close to 70,000 Oaxacan schoolteachers went on strike, with thousands participating in protest camps. The teachers vowed to stay in the camps until Oaxaca Governor Ulises Ruiz met their demands, including higher wages and more funding for education in rural areas.

In the early morning hours of June 14, 2006 Governor Ulises Ruiz sent the state police to violently remove the teachers' protest camp. The peaceful protest encampment, part of a strike held every year in May by the teachers union, was transformed into a war zone. Gov. Ruiz not only failed to gain control of the situation, he radicalized Oaxaca against him.

After June 14th a mass movement with it's own governing body, the APPO (Popular Assembly of the People of Oaxaca), was formed. Gov. Ruiz and the local police abandoned Oaxaca, leaving behind a lawless city governed by the protestors. Paramilitary thugs began to terrorize protesters in their camps and marches, and citizens responded by forming thousands of neighborhood barricades, occupying radio and TV stations and vandalizing government buildings.

After a summer of uprising, compared by some to the Paris Commune, the federal police finally occupied Oaxaca City on Oct. 30, 2006. The low-intensity war in Oaxaca did not calm down upon the arrival of the federal police and protests grew more violent. By Nov. 25 the city was in an all out state of siege, with 250 arrested and three killed in one day alone. Approximately 27 people died during the conflict in Oaxaca.