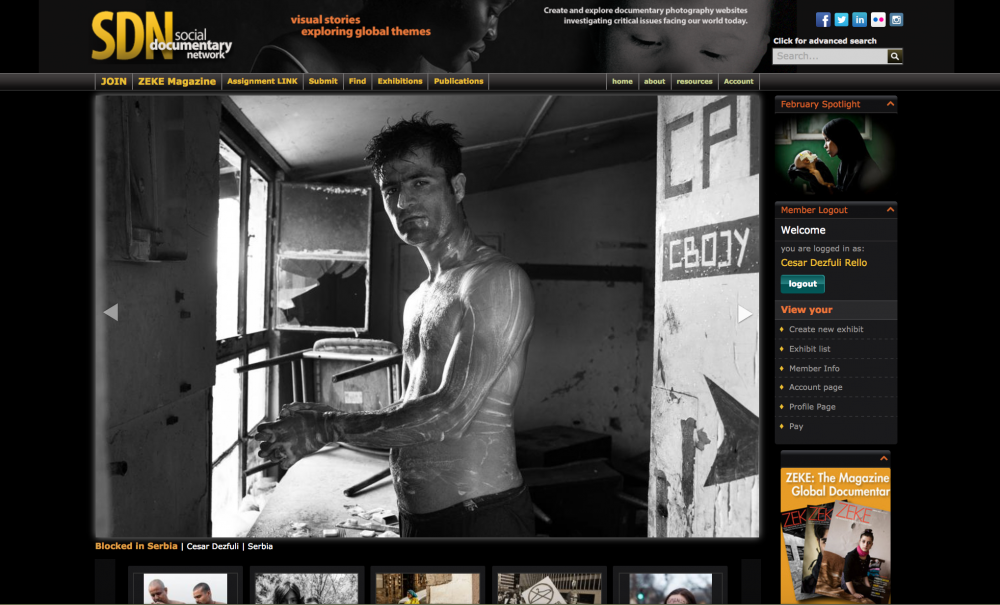 Awards News
'Blocked in Serbia' featured in Social Documentary Network
cesar dezfuli
Feb 24, 2017
Since March 9th, 2016, when the so-called "Balkan route" was closed, and with it any possibility of legal crossing across its borders, thousands of refugees have been stranded in the middle of their way to the European Union. In the case of Serbia, where at the end of August a total of 103,585 refugees had passed by according to UNHCR reports, the number of people remaining in the country and the time they spend there has continued to increase. If before the closure of the borders, there were around a thousand refugees in Serbian territory, now they surpass the 7 thousand according to the last report of 2016.
http://www.socialdocumentary.net/exhibit/Cesar_Dezfuli/3780

on The British Journal of Photography

'Banjul to Biella' featured in Roads&Kingdoms

The European Dream featured in Al Jazeera English In Pictures

Nominated to the 2017 Joop Swart Masterclass