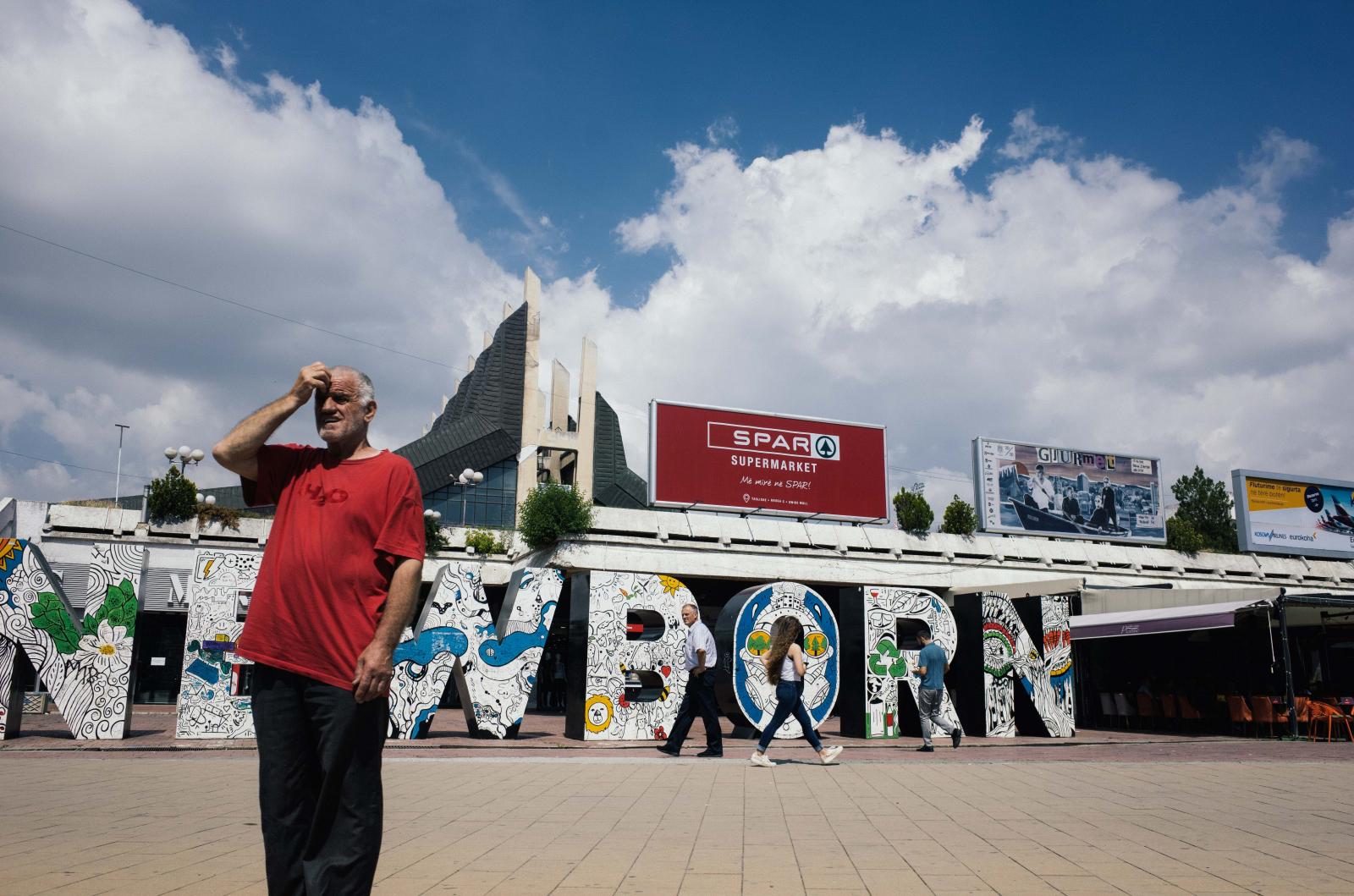 1 of 10 © 2022 Arianna Pagani
Pristina, Kosovo. Kosovo declared its independence from Serbia in 2008. The population is 90% Muslim but largely profoundly secular. After the fall of the Islamic State in Raqqa, a group of 32 women and 74 children, thanks to a joint US-led operation, returned to Kosovo from Syria. 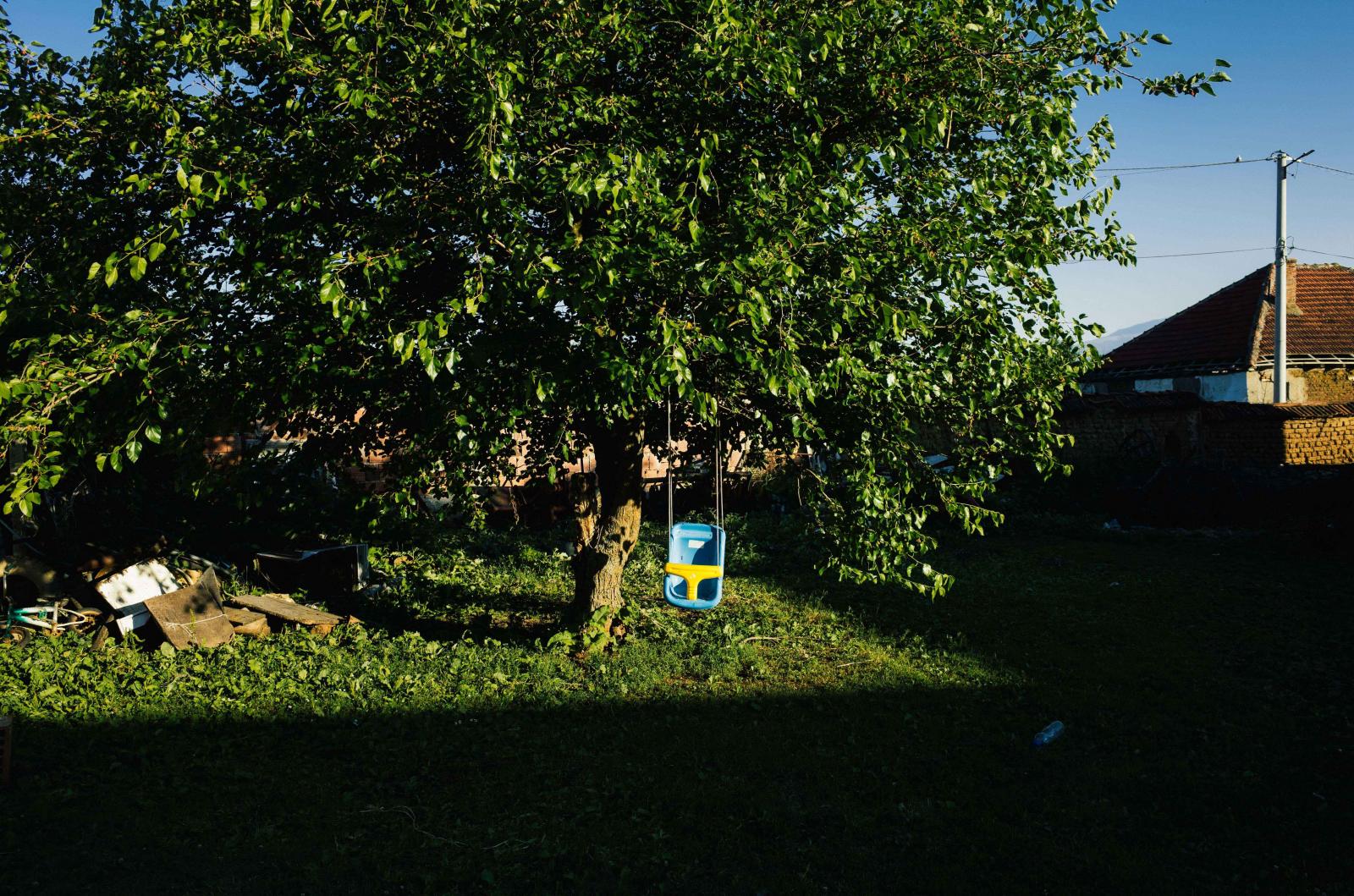 2 of 10 © 2022 Arianna Pagani
Cenrille, Kosovo. Even the United Nations has urged the international community to repatriate their citizens but most European governments - including France, Germany, Belgium and Britain - have refused to take responsibility for women and children, leaving them stranded in stateless territory and unstable 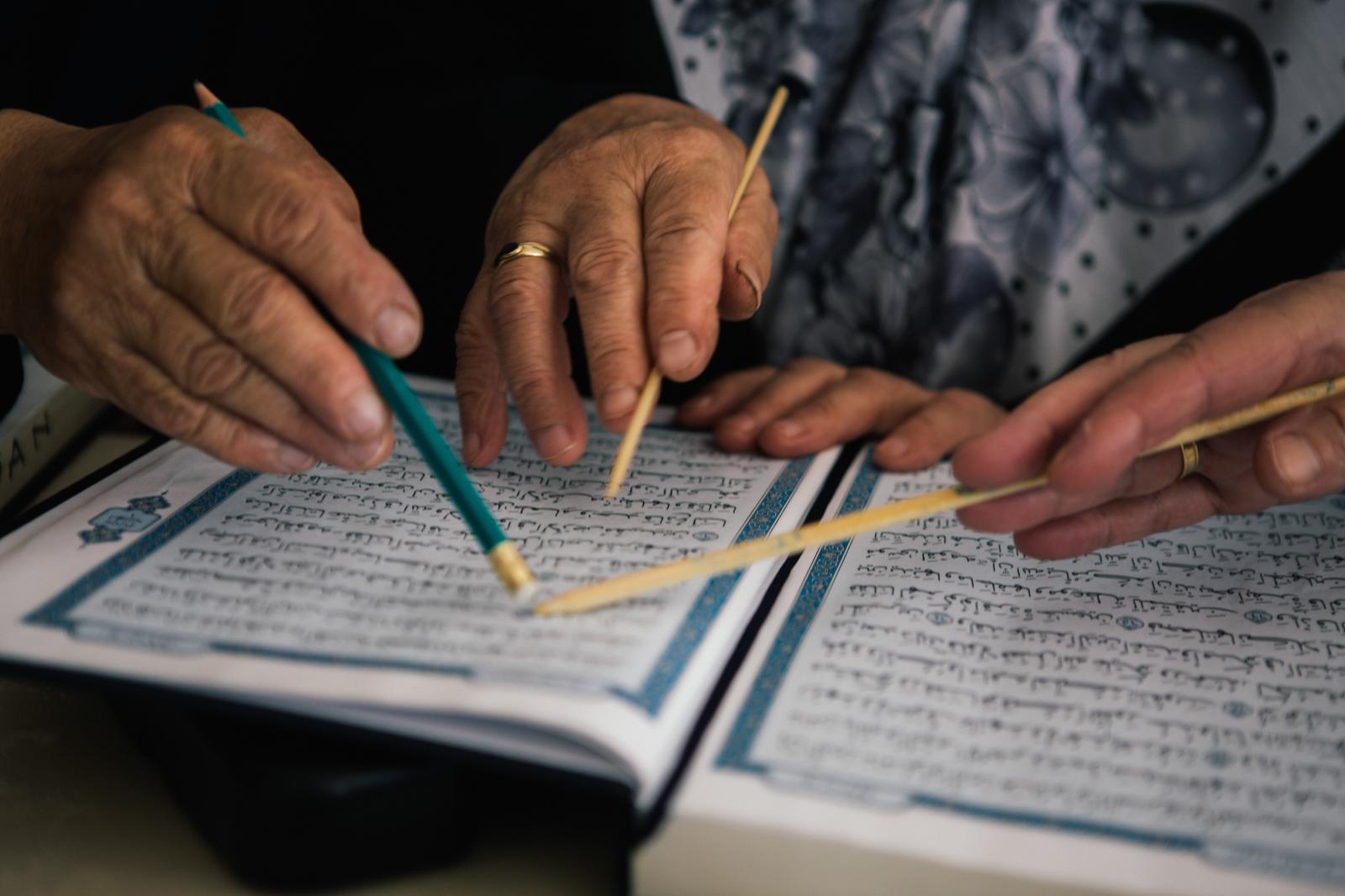 3 of 10 © 2022 Arianna Pagani
Lipjan, Kosovo. Sanie Gashi Mehmeti is one of the Mualime responsible for the rehabilitation program. She is involved in various projects of schooling and violence prevention, with the local community and with the women of Lipjan. 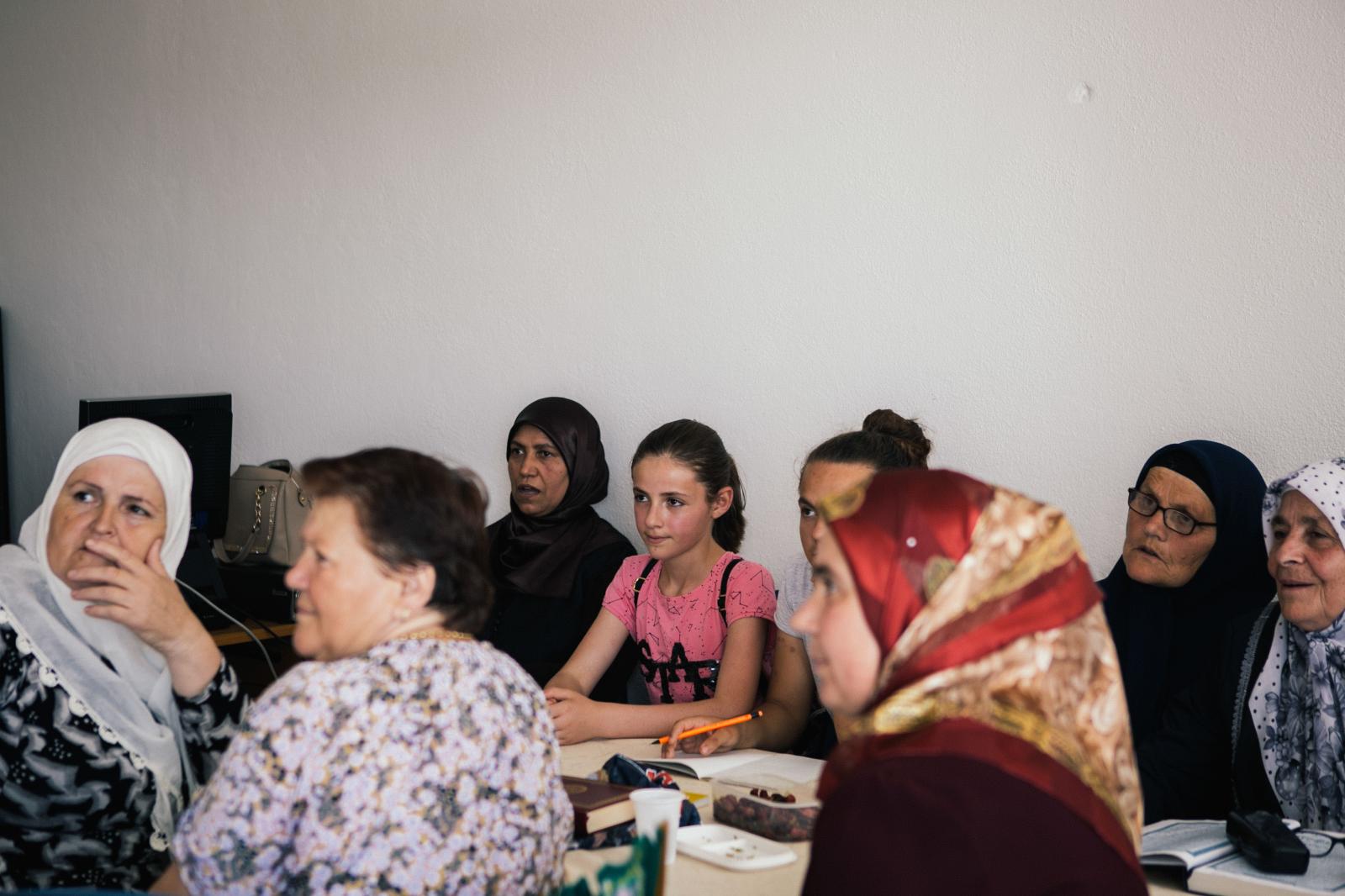 4 of 10 © 2022 Arianna Pagani
Lipjan, Kosovo. Women and girls during a lesson with Sanie Gashi Mehmeti. 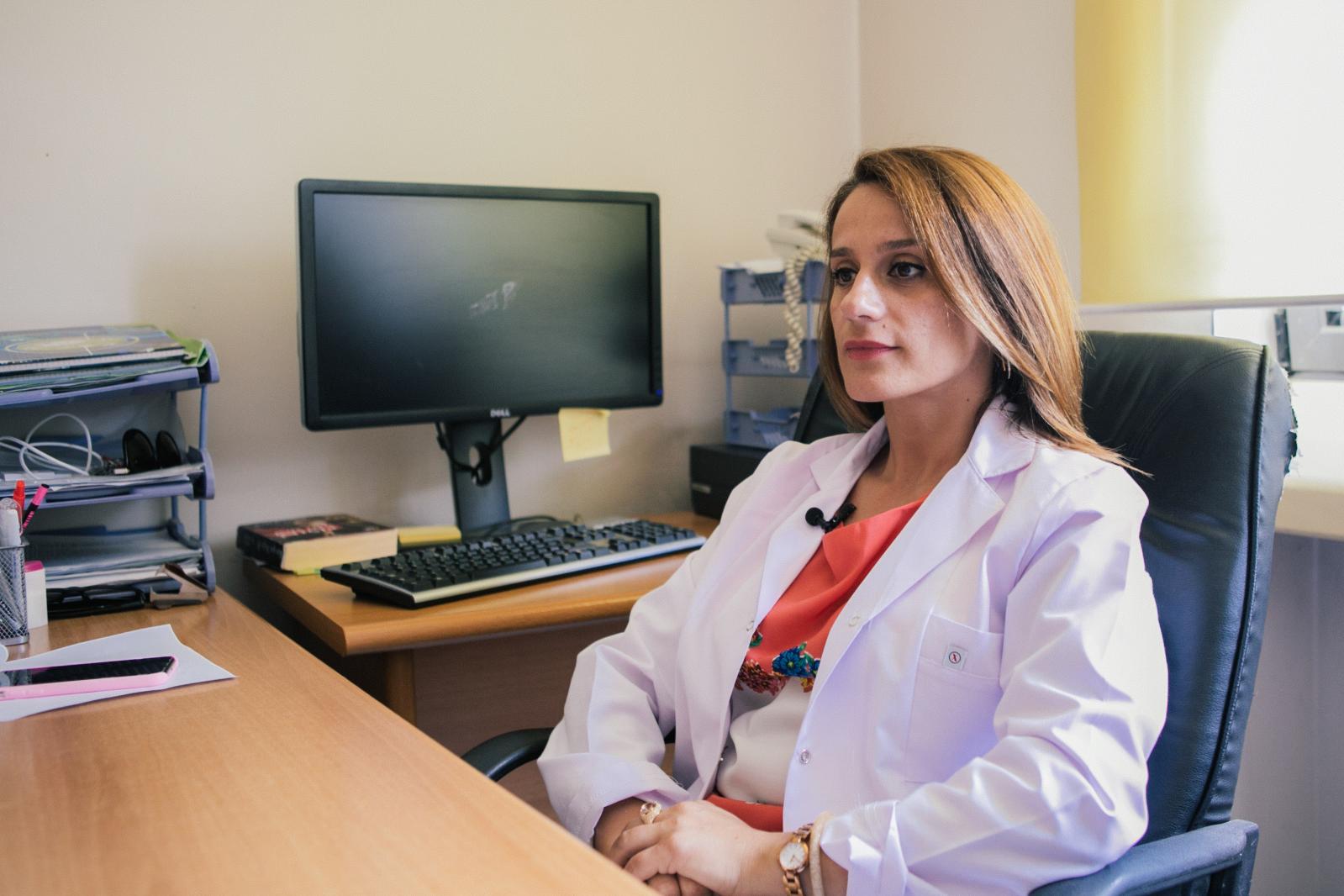 5 of 10 © 2022 Arianna Pagani
Pristina, Kosovo. Valbona Tafilaj is the coordinator of the team of psychiatrists, psychologists and family psychotherapists who work with repatriated women in collaboration with the government. 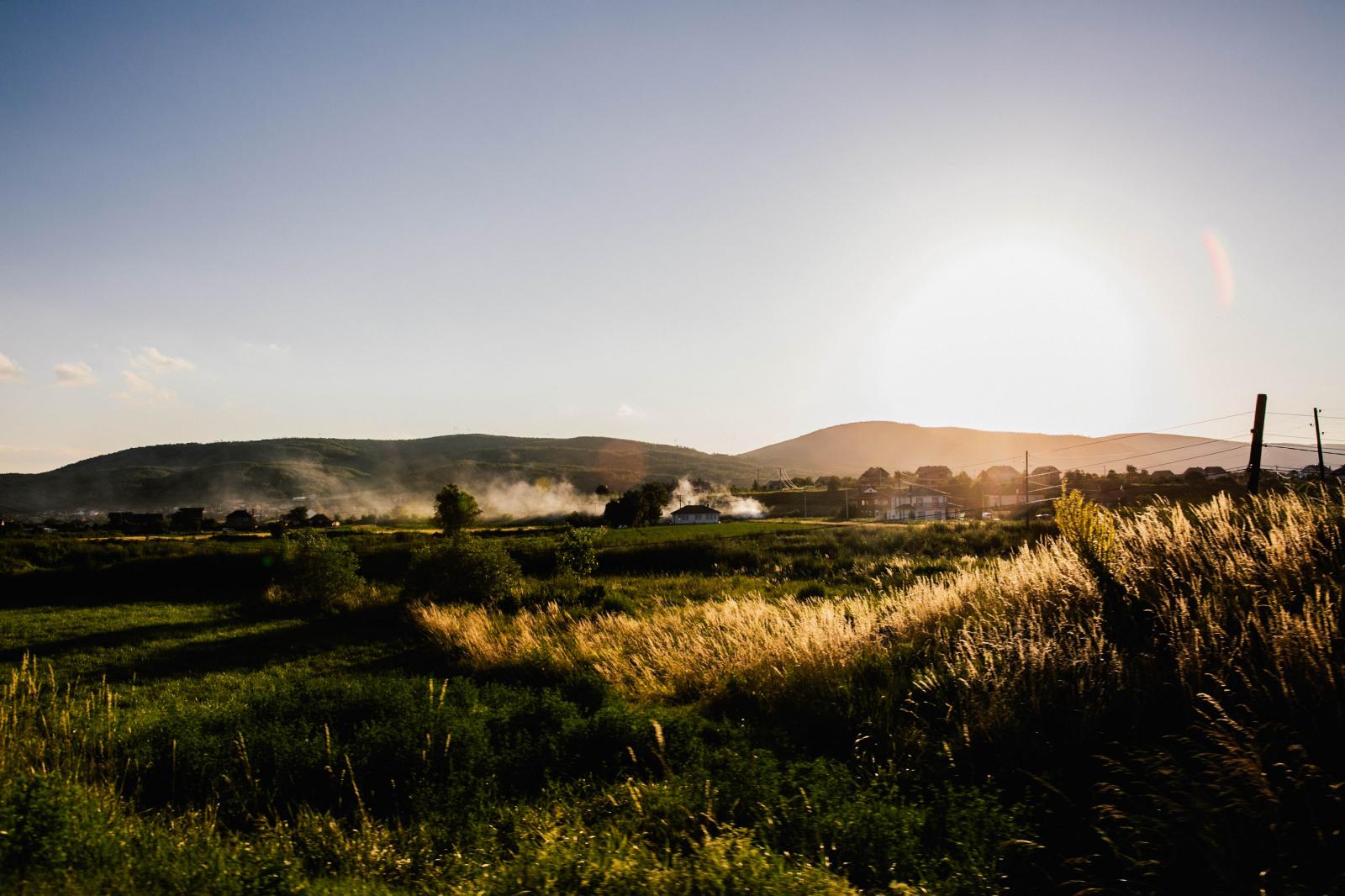 6 of 10 © 2022 Arianna Pagani
The road connecting Lipjan to Pristina runs through lush hills. A rural suburb starts just a few kilometers from the Kosovar cities. 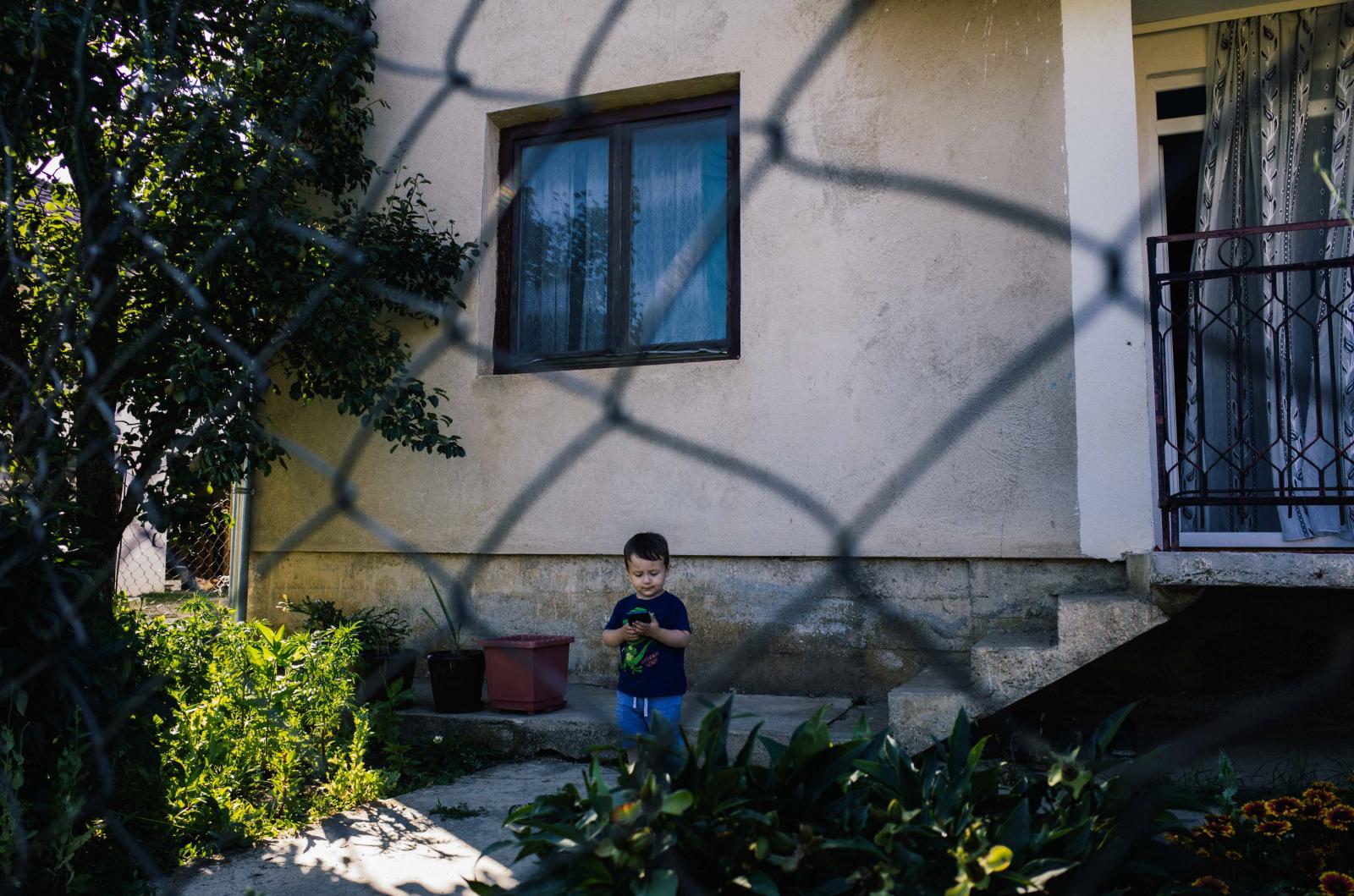 7 of 10 © 2022 Arianna Pagani
Cernille, Kosovo. Home of Visar Qukovci, fighter repatriated to Kosovo with his wife and two children. Today, Visar is in a detention center. 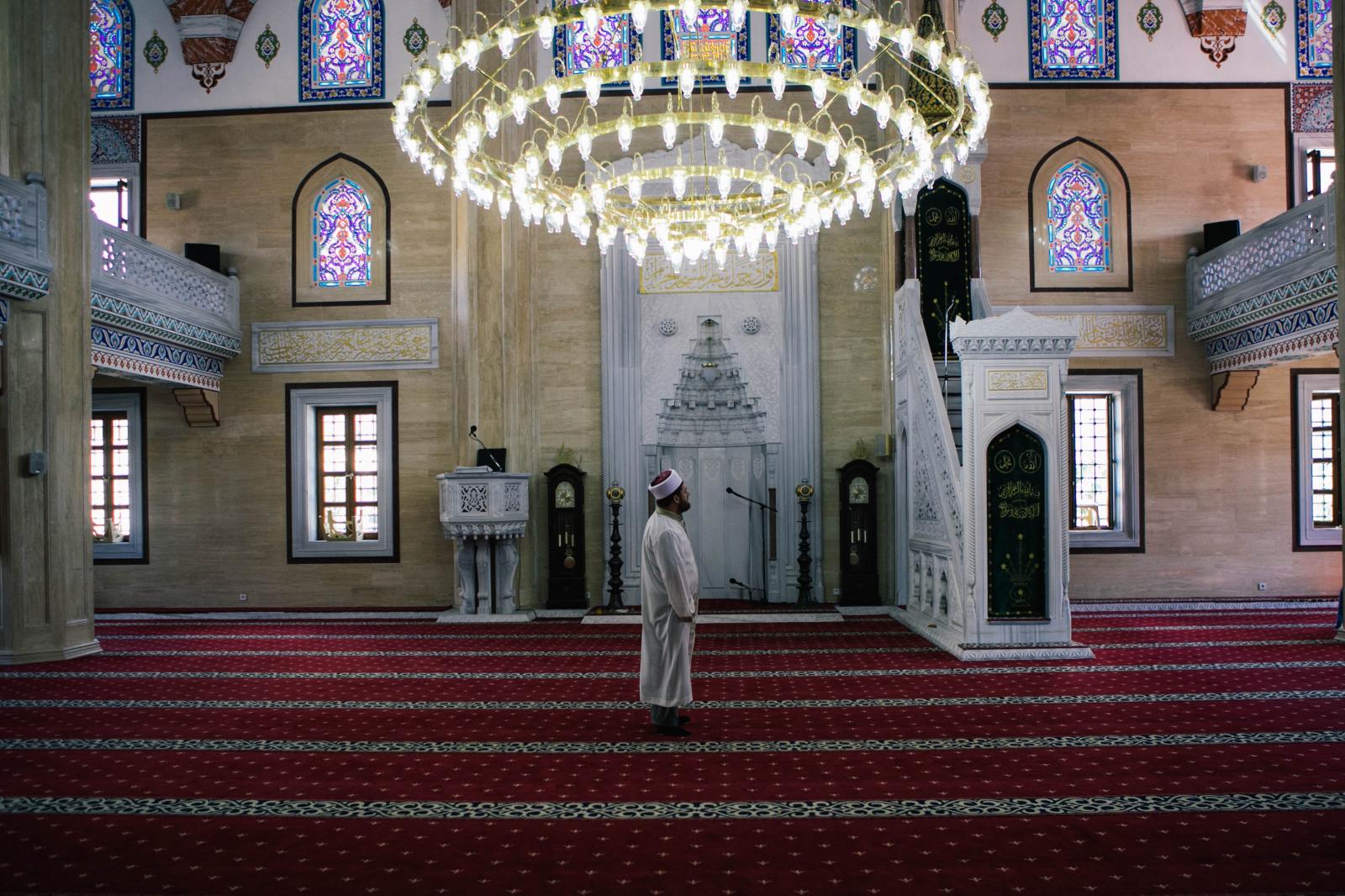 8 of 10 © 2022 Arianna Pagani
Mitrovica, Kosovo. Imam Rexhep Lshta inside the Isa Beg mosque in the city of Mitrovica, in the north of the country. 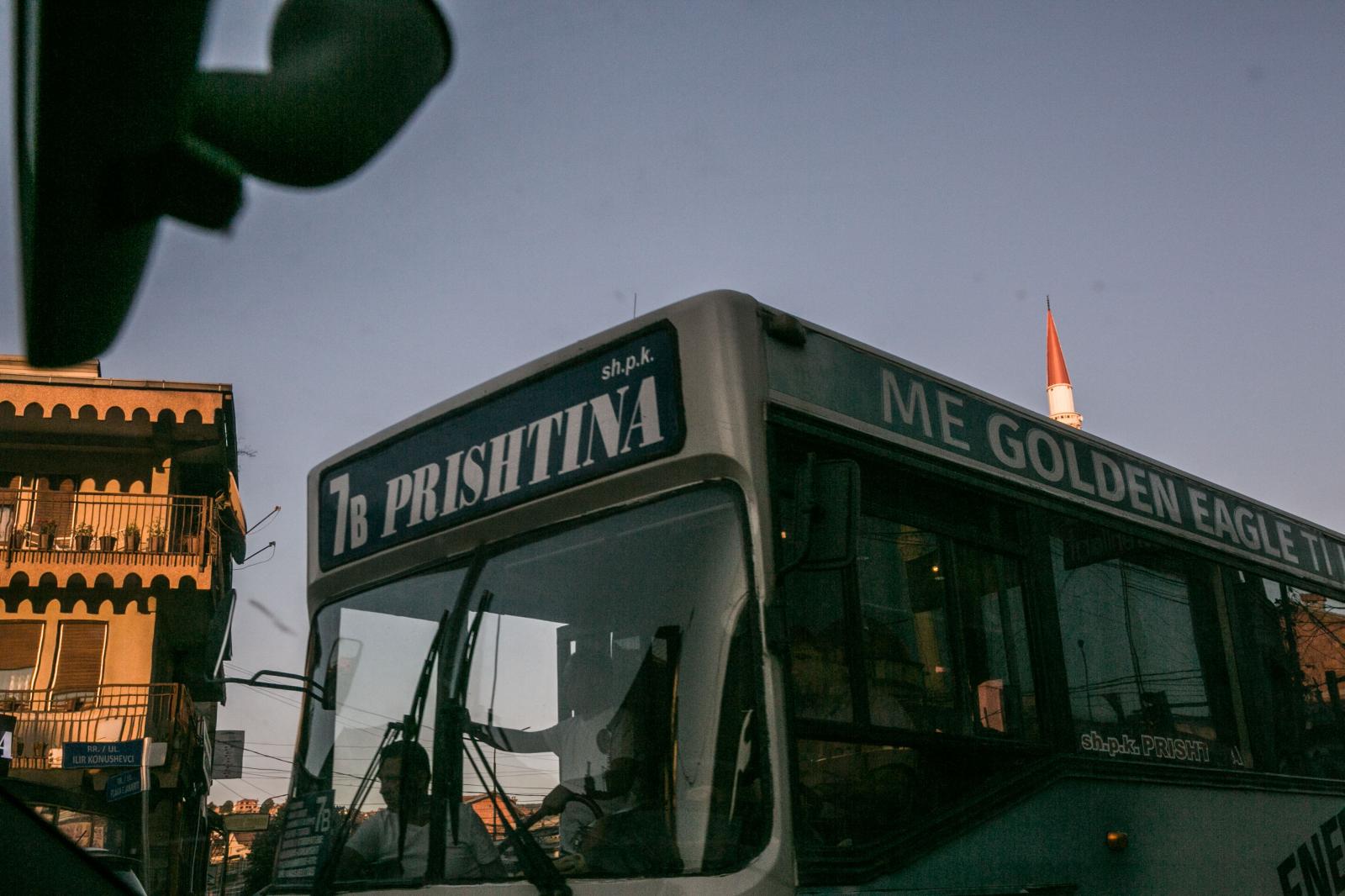 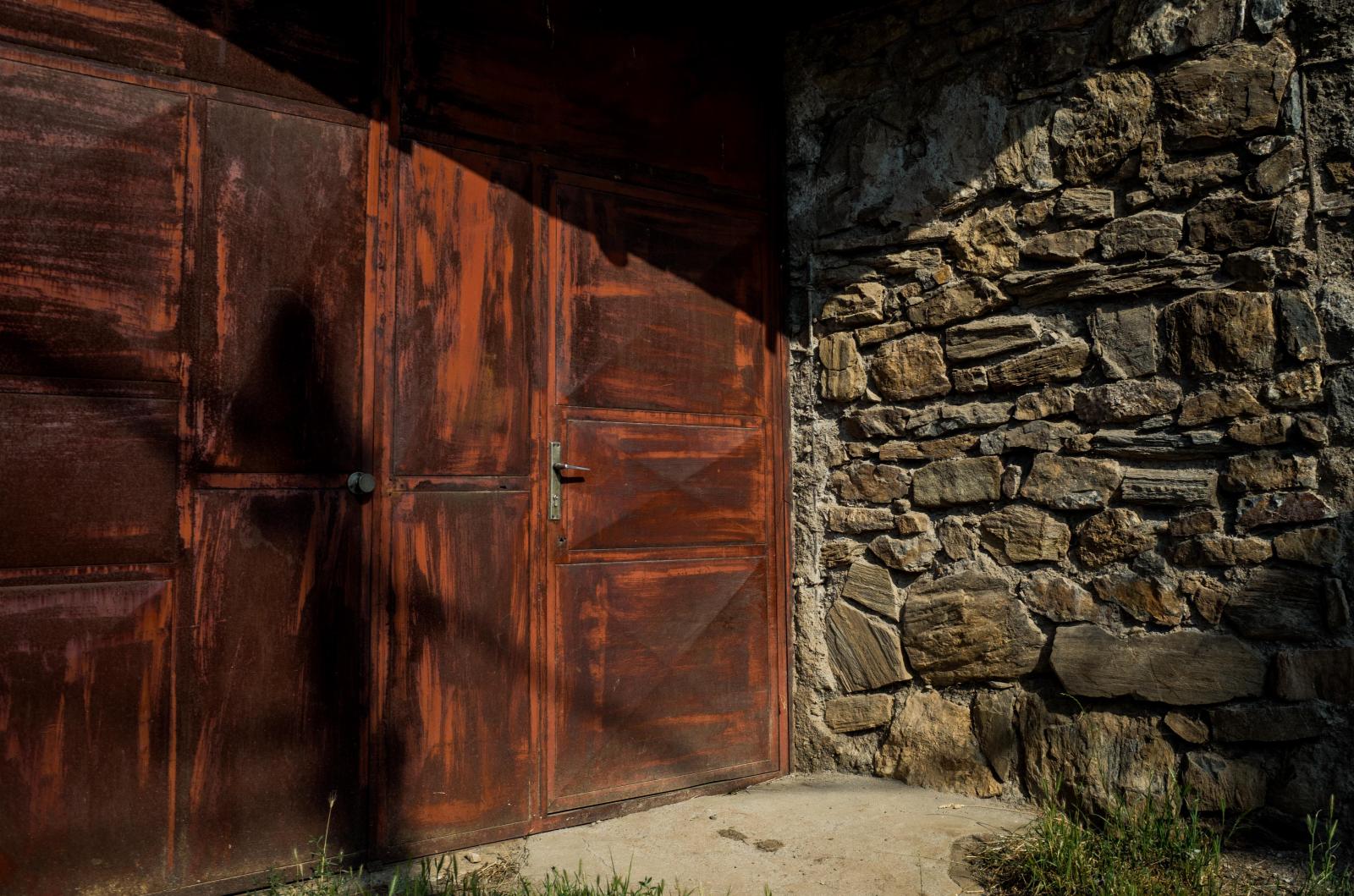 10 of 10 © 2022 Arianna Pagani
Arbenin Demolli is one of the 316 foreign fighters who left Kosovo in 2014 to join the Islamic State in Syria. The jihadist was killed in Aleppo a few months after his arrival while his sons and his wife, daughter of Visar, remained in Syria until April 20th. Today Edona was able to return to Kosovo, to her father's home.
Public Story
After Isis: how Kosovois rehabilitating women and children repatriated from Syria
Copyright Arianna Pagani 2022
Date of Work Jul 2019 - Oct 2019
Updated Feb 2020
Location kosovo, pristina
Archived as Borders, Children, Editorial, Education, Migration, Photography, Photojournalism, Portraiture, Reporting, Terrorism, War, Womens Rights

Despite most of the European governments refused to take responsibility for kids and women, leaving them stuck in a stateless, unstable territory, some governments have decided to repatriate them. That's the case ofKosovo. Last April, with an unprecedented operation in Europe,Kosovohas repatriated 110 people from Syria, most of them wives and children of Isis jihadists. The youngest state in Europe has launched a unique rehabilitation project involving psychiatrists, family psychotherapists, imams and female preachers, called “Mualime”.

« I’m a kind of bridge between them [the women] and the society. I visit them and I help them to understand what is the real value of Islam and to live again a normal life », explains Sanie Gashi Mehmeti, a Muslim preacher from Lipjan, with more than ten years of experience in women’s prisons. « At the same time, I work with the society to help them to reintegrate those women and children », she says.

Valbona Tafilaj is the is the coordinating doctor for mental health under the government's rehabilitation and reintegration programme for women and children in their homes. «The program is long it changes according to each women. With some it will take years but since we started the initial psychotherapy,the most visible symptoms for everyone, either women and children sessions are post-traumatic stress disorder (PTSD), backtracking and depression »

The repatriation and rehabilitation program, studied and developed for more than two years, is extremely complicated and has no guaranteed result, but « It is the best solution for this situation and is managed by the state », explains Mensur Hoti, director of the Department for Public Safety inKosovo. « The main reason we are doing this project are children. They are not guilty for being born there or because their parents brought them to Syria. If we leave them there, in ten years we will have another Isis or something similar ».

After ISIS: how Kosovo is rehabilitating women and children repatriated from Syria
Europe’s newest nation brought dozens of families back and hopes to reintegrate many into society

By Arianna Pagani / Pristina, kosovo — After ISIS: how Kosovo is rehabilitating women and children repatriated from Syria Europe’s newest..
Jan 7, 2022

By Arianna Pagani / iraq — A journey on the water from Mosul to Basra Iraq, the country of rivers, is losing its water resources...
May 25, 2021

By Arianna Pagani / tunisi — And so instead of three beers, it became four. A lot of fish also arrived. It was raining outside and..
May 25, 2021

By Arianna Pagani / Italy — Still moving is a images series unlinked. A journey starting in Cilento, in the south of Italy, passing..
Aug 22, 2020

By Arianna Pagani / bologna, milano — You can heal, but it is important to review your certainties and change your habits - A story about Sara and..
May 27, 2020

Mosul in the edge of chaos

Raqqa, we Are Still Here

By Arianna Pagani / Raqqa, Syria — Under Islamic state control for more than three years, Raqqa has been a symbol of the extremist..
Feb 25, 2020

"The world forgot us": Women and healthcare in ruined Raqqa

By Arianna Pagani / Raqqa, Syria — More than a year after Raqqa was liberated from so-called Islamic State, tens of thousands of people who..
Feb 25, 2020

By Arianna Pagani / baghdad, iraq — A young generation of Iraqis is breaking with the legacy of war to re-create Baghdad as a hub of music and..
Feb 25, 2020