VIDHYAA
vidhyaa.visura.co
The Boarding School Saves Girls from Sex Trafficking
Follow Hire
Profile
Stories (8)
News (3)
Location: Abu Dhabi
Nationality: India
Biography: Vidhyaa is an Indian Editorial and documentary freelance photographer based in Abu Dhabi, UAE, her work mainly focuses on an issue relating to women & girls identity and community, subjects’ experiences are integral to her approach to... read on
Focus: Photographer, Photojournalist, Documentary, Photography, Portraiture, Freelance, Editorial Page, Humanitarian
Skills: Research, Adobe Photoshop, Adobe InDesign, Photo Editing, Photojournalism
The Kasturba Gandhi Balika Vidyalaya boarding school saves young girls from sex trafﬁcking at Simraha,Bihar,India. These girls are daughters of prostitutes and from very marginalized low caste Nat community, are getting education to break system of hereditary prostitution, education help them to break the awful cycle of sex-trafﬁcking, which is managed by Apne Aap NGO and supported by Bihar Government. The school keeps the girls safe and away from the home-based brothels that they were growing up in, otherwise, they would join their mothers in prostitution.

More children are sold into the ﬂesh trade in India than in any other country. Due to poverty mostly in underdeveloped villages like Simraha in India , are lured to India’s towns and cities each year by trafﬁckers who promise good jobs, but sell them into modern day slavery, the young girls life end up with child marriage or trafﬁcked, thousands of young girls in India and Nepal are sold for sex and imprisoned in urban brothels in Kolkata, New Delhi and Bombay. In many cases, they are not paid or are held in debt bondage. Some go missing, and their families cannot trace them, only weapon for the girls to escape from this trap is education.

India is going through an upsurge of sexual violence against girls, in this situation happy to see these girls escaped from the modern sex slavery and first generation in their family getting right education which deﬁnitely help them to understand both their legal and human rights and they can able to take good decisions and keep themselves safe and stay away from trafﬁckers. Like Bihar , other state governments in India should initiate these kind of boarding schools  which will deﬁnitely save many innocent girls. 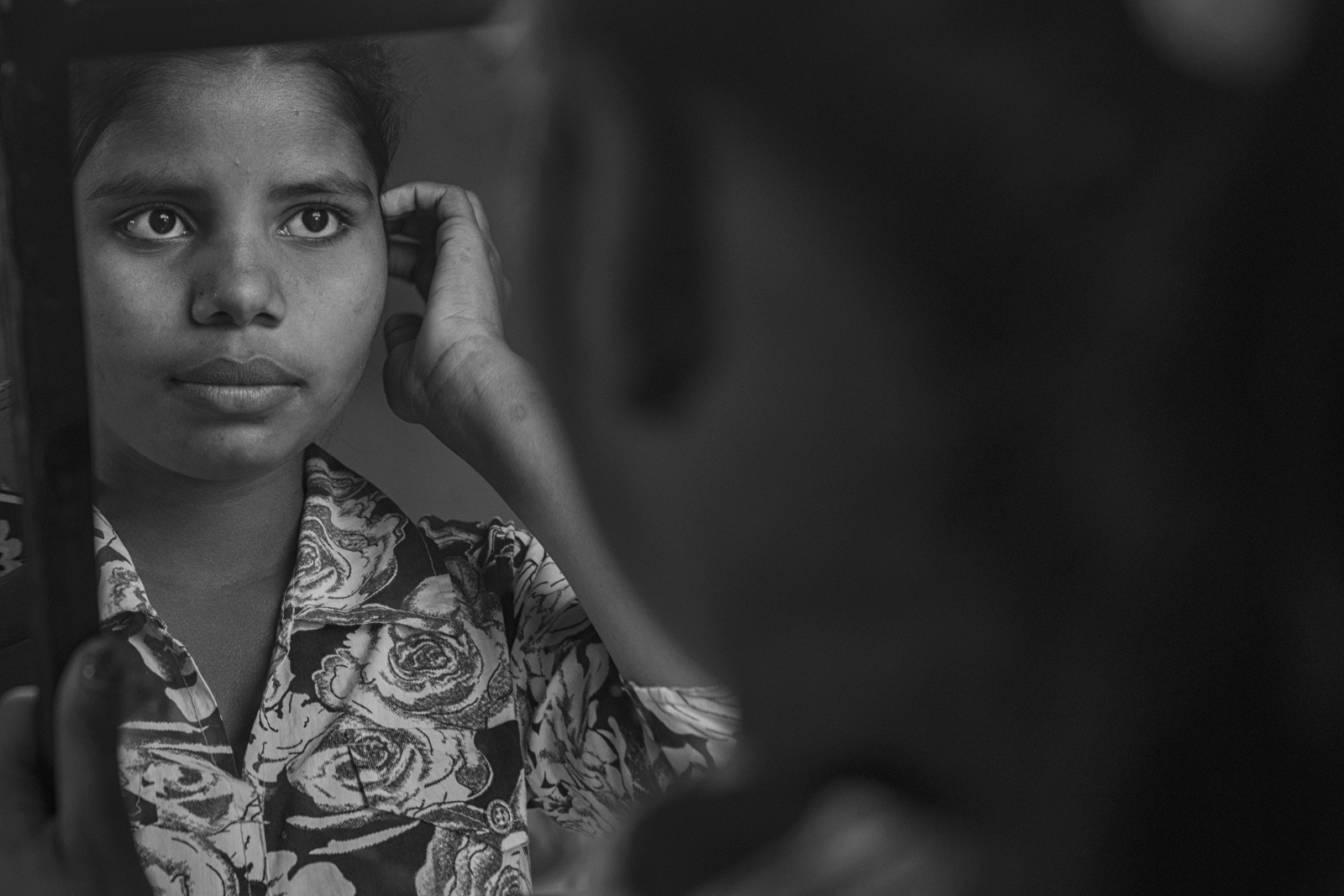 2 of 19 © 2020 Vidhyaa C
Neeta Kumari getting ready for school
Neeta Kumari 13, spending her time with her friends at boarding school, this school keep the girls safe and away from home-based brothels that they were growing up in, otherwise, they would join their mothers and grandmothers in prostitution at, Simraha, Bihar, India, on 25 November 2018. 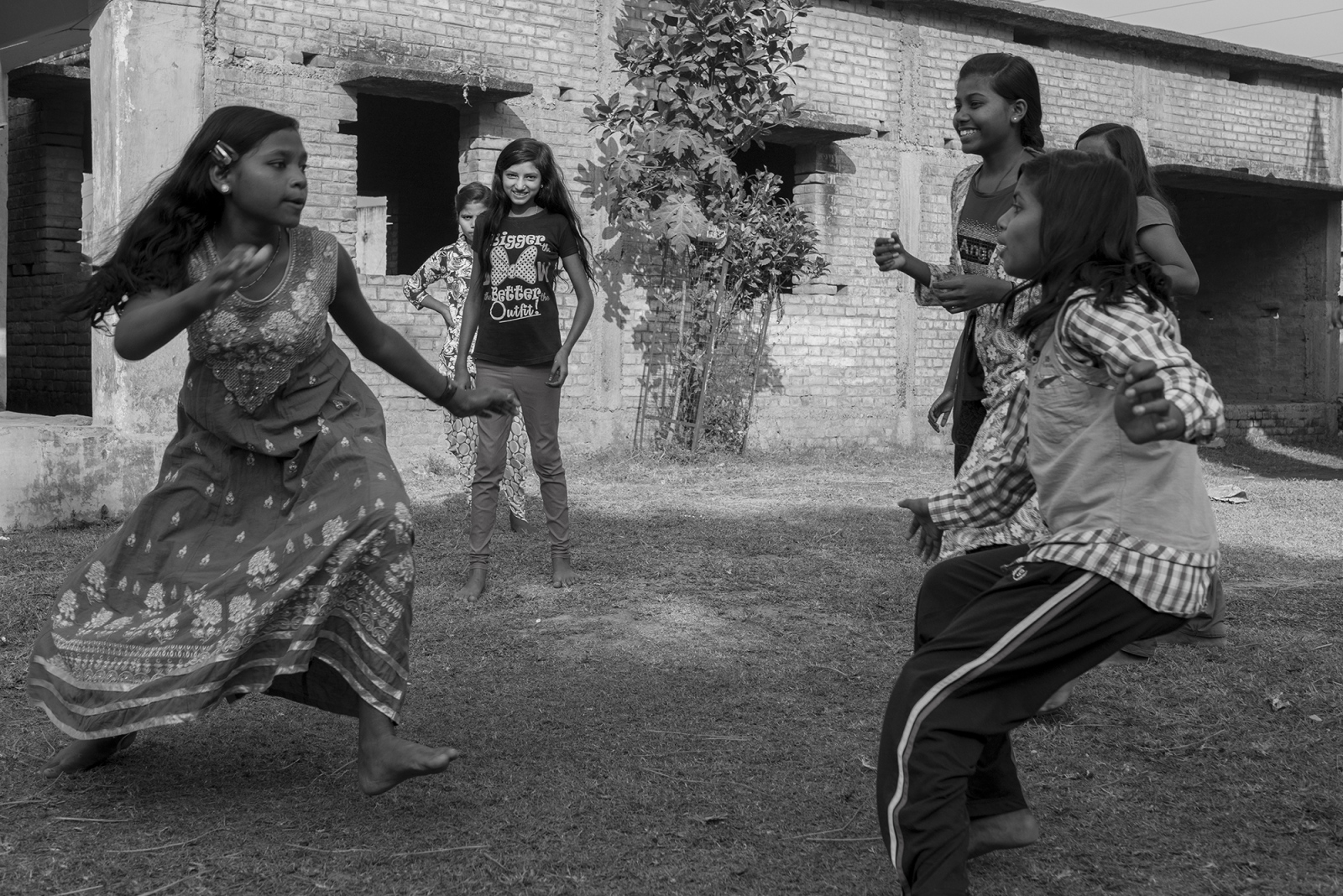 This school girls play run and catch games during weekends, had many of girls not placed by Apne Aap NGO, they would have ended up like their mothers in prostitution, nearly 100 students currently getting support from NGO at, Simraha, Bihar, India, on 25 November 2018. 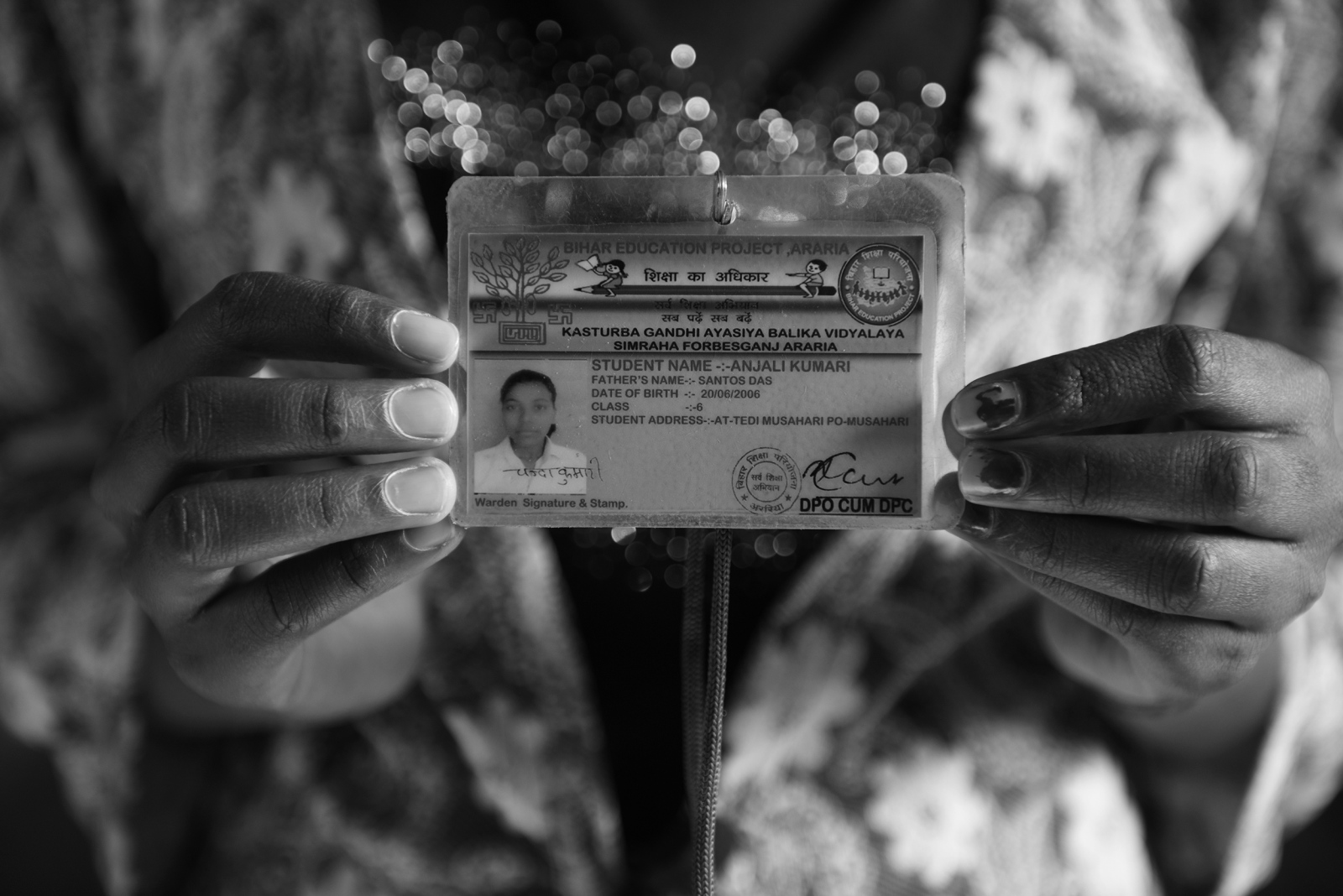 All the girls supported by Apne Aap are given this photo identification gives protection to save from traffickers, these girls are highly protected by Apne Aap staff and monitored strictly for their safety and protection from the trafficker, at Simraha, Bihar, India, on 25 November 2018. 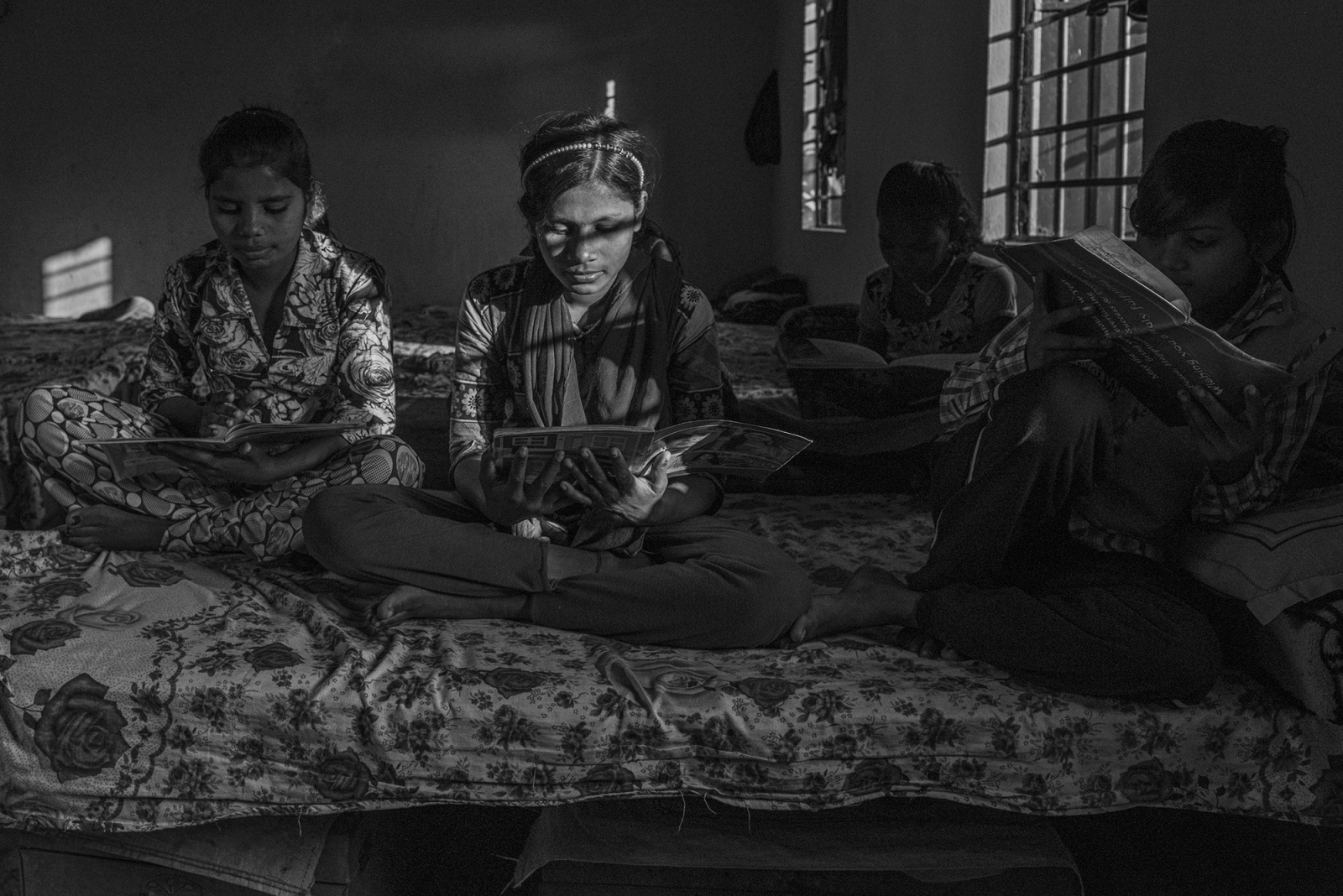 5 of 19 © 2020 Vidhyaa C
Girls in the boarding school work for next day homework, for these girls it's the first time they are getting access to education in their family.
This school aims to break the cycle of hereditary prostitution provides a girl’s safe place to be educated at Simraha, Bihar, India, on 25 November 2018. 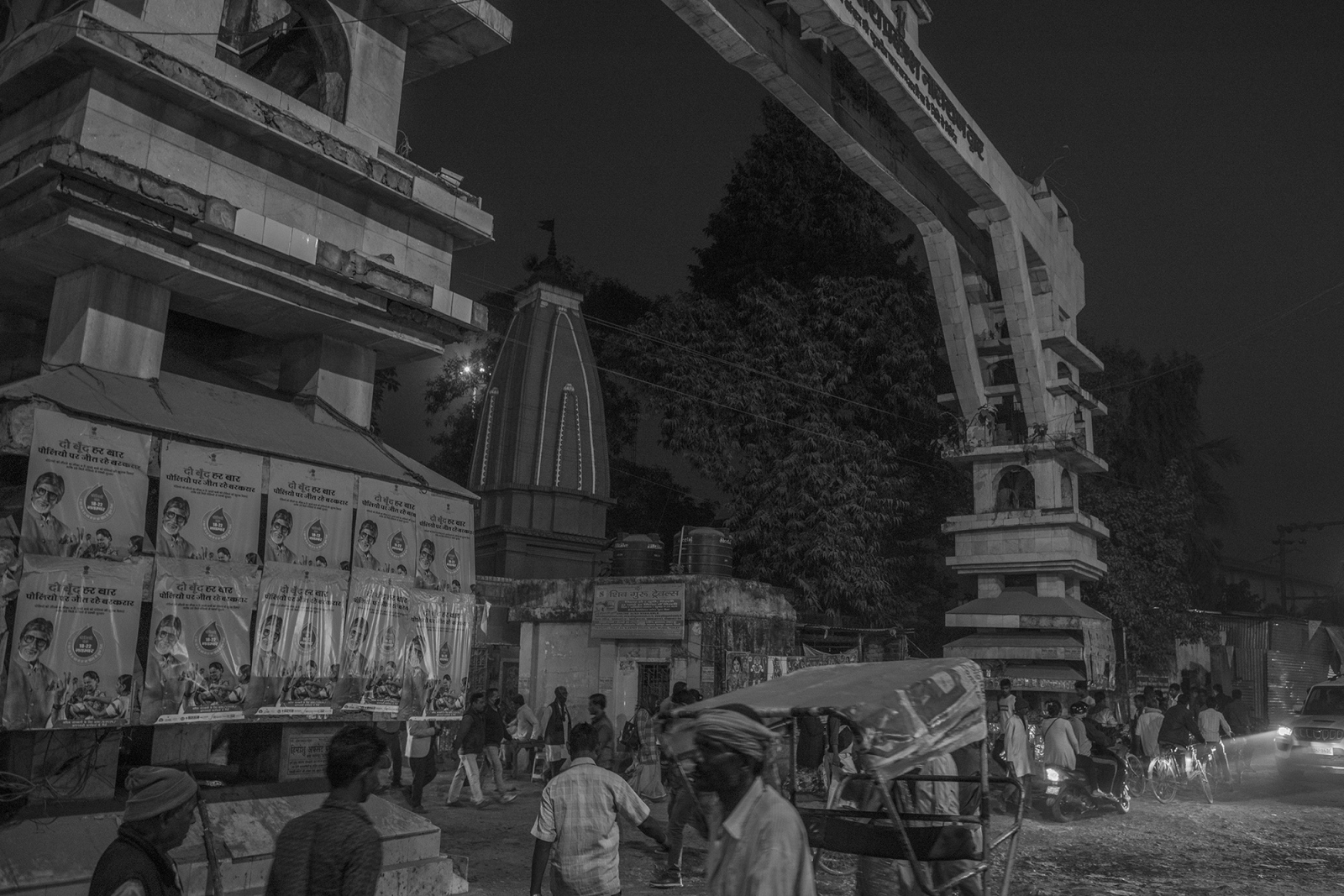 6 of 19 © 2020 Vidhyaa C
Jogbani lies on Indo - Nepal border, one of the poorest districts in India, has a customs checkpoint and traffickers find highly lucrative to lure and sell disadvantages girls to numerous hubs of sexual exploitation (brothel owners, pimps and various other pleasure dens) in cities and towns in India. This school, not far from the border with Nepal in the Indian state of Bihar, is part of a national program of girls’ boarding schools called Kasturba, Gandhi, Balika, Vidyalaya, intended specifically for minority groups. Founded by the non-profit organization Apne Aap, its supporters and the Bihar state government, the school aims to break the bonds of caste and inequality. 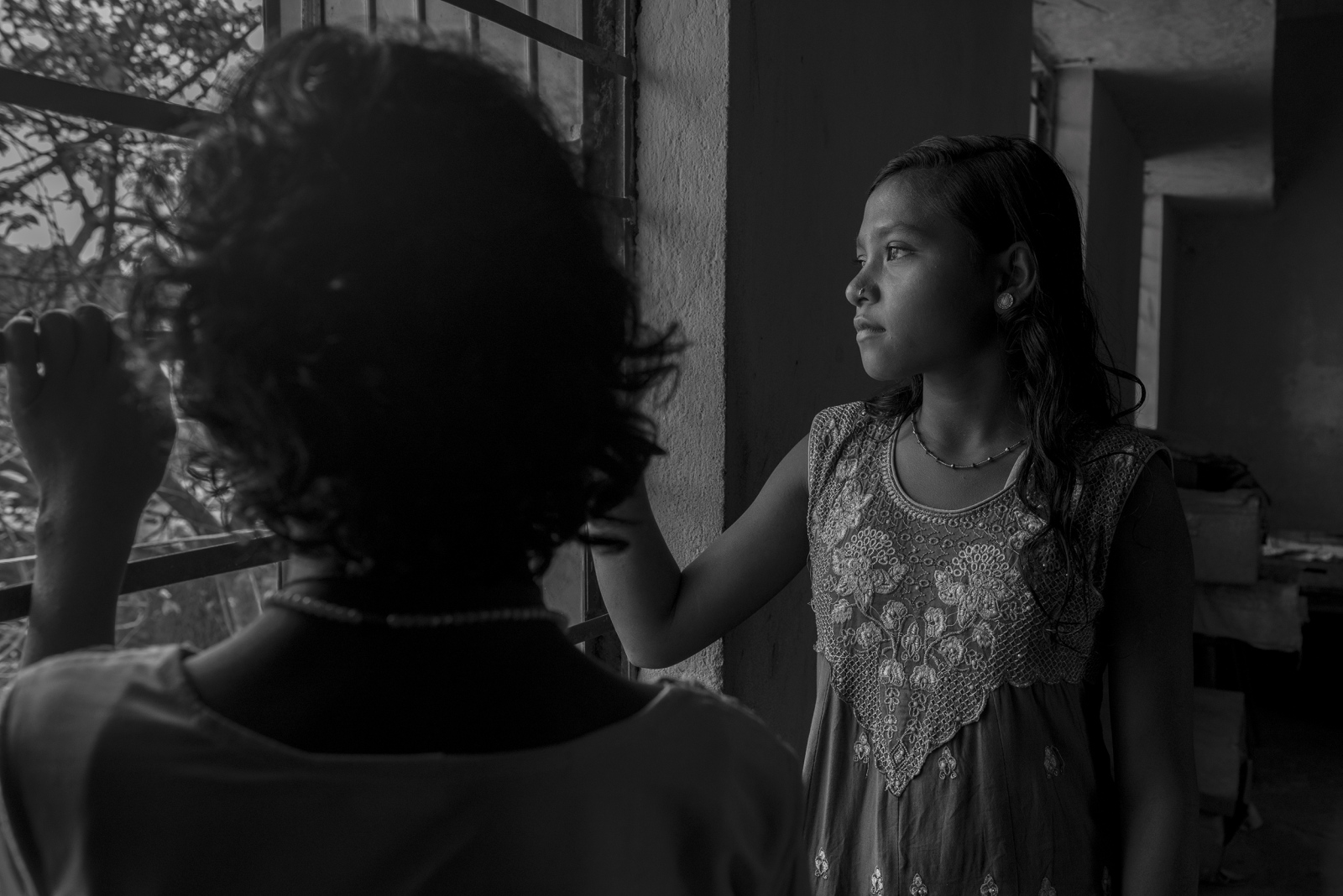 7 of 19 © 2020 Vidhyaa C
"India’s Last Girl First" this is a project of Aapne Aap NGO, through this project many girls getting an education, infant these girls don't like to stay with their parents, they feel safe staying in the boarding school
The Last Girl from the family escaped from the family prostitution and the first generation getting an education in the family.
The last girl re-gain control of her destiny. The last girl is poor, female, low-caste, and a teenager. Additionally, she may be the daughter or sister of a prostituted woman or a victim of child marriage or domestic servitude. She is preyed on by traffickers because of her lack of choices and forms the “supply.” 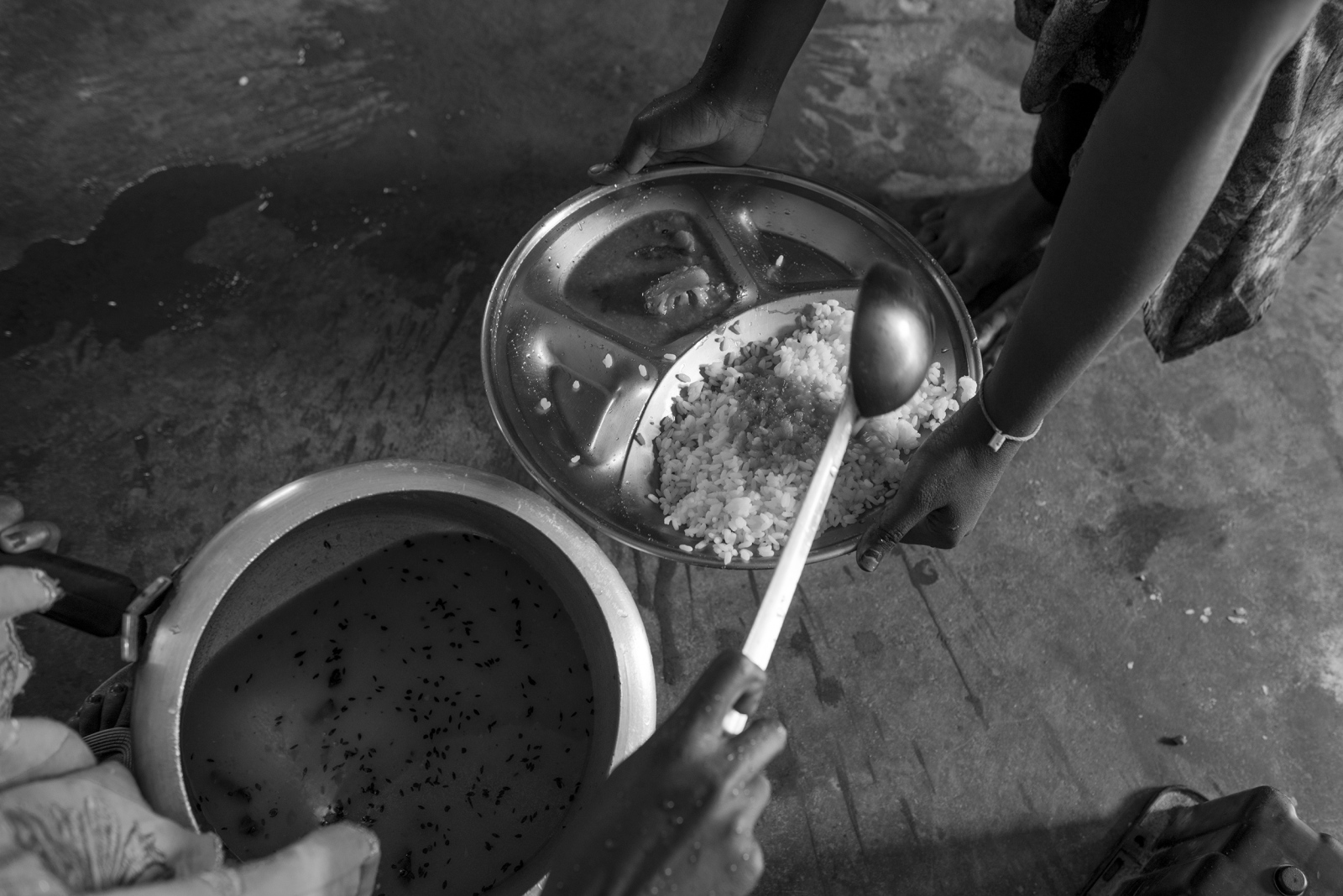 8 of 19 © 2020 Vidhyaa C
The girls get three meals a day at the boarding school
Girls get healthy meal three times in a day in the boarding school which is also supported by the local government, they are served food in shifts so as to accommodate all the children at Simraha, Bihar, India, on 25 November 2018. 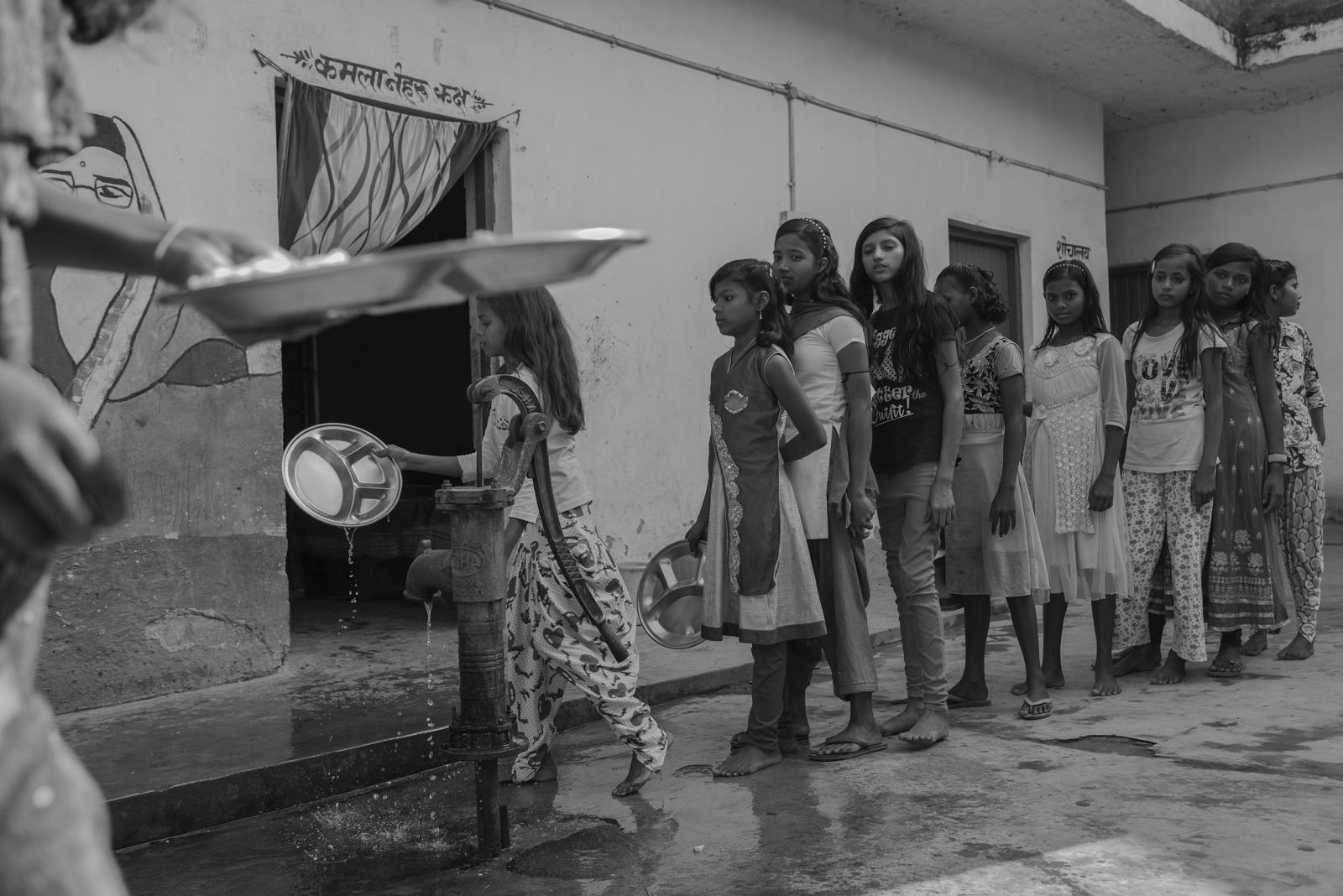 9 of 19 © 2020 Vidhyaa C
These girls are very lucky to get a safe environment and three healthy meals a day and education, which is not possible to provide from their parents, these girls either they are trafficked or their life end with early marriage. 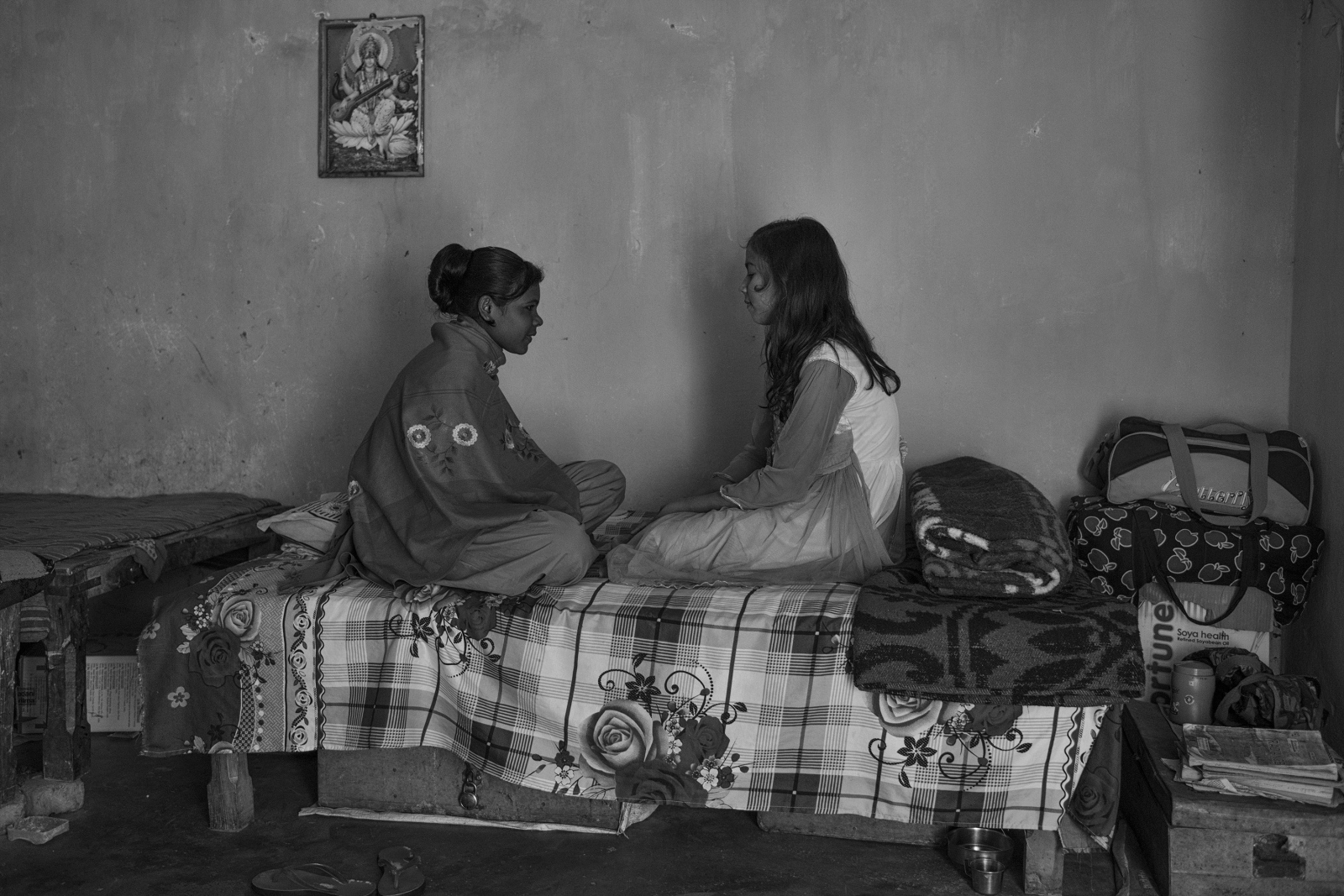 10 of 19 © 2020 Vidhyaa C
These girls are well disciplined and support each other and live as a family in the boarding school and break the caste discrimination. 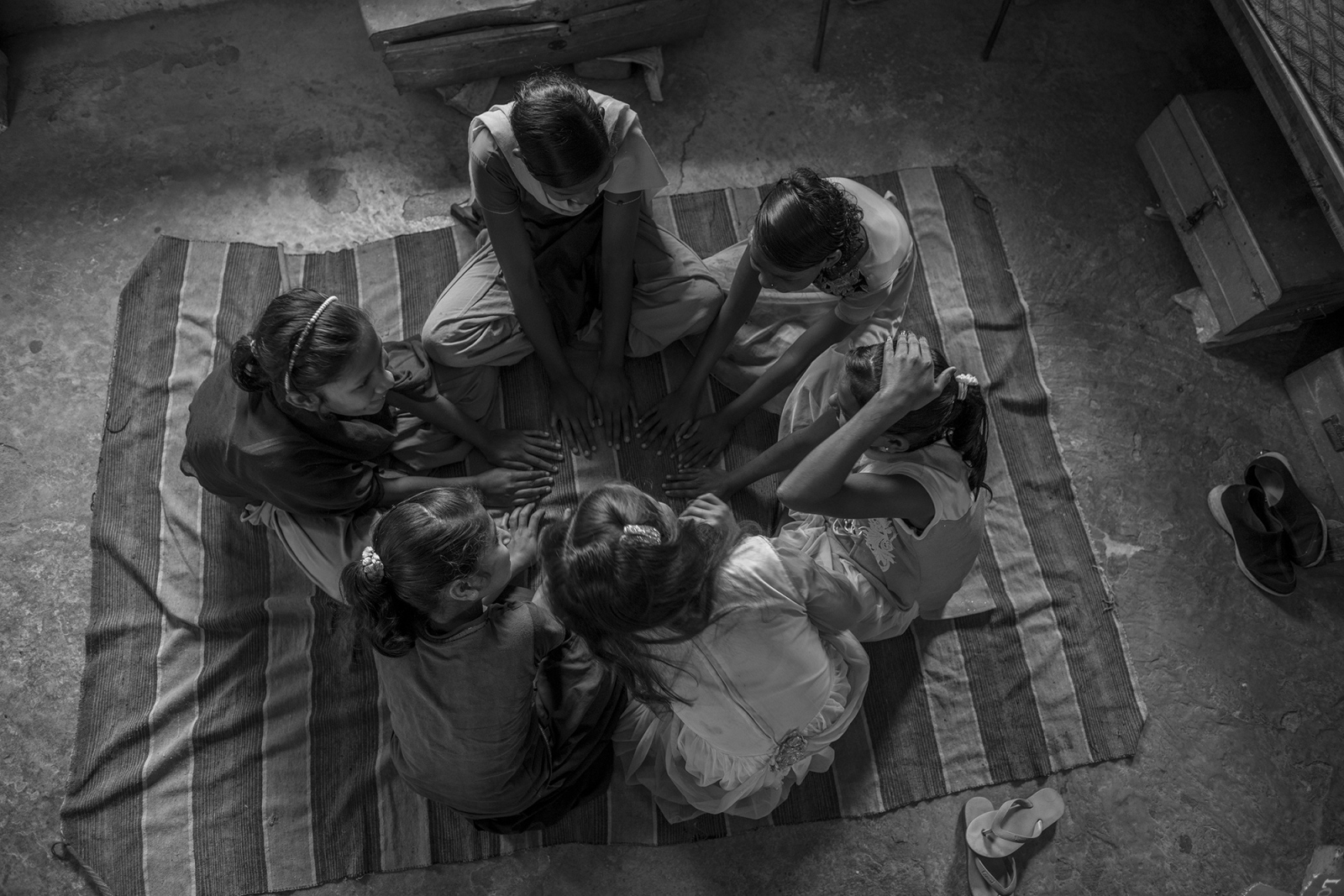 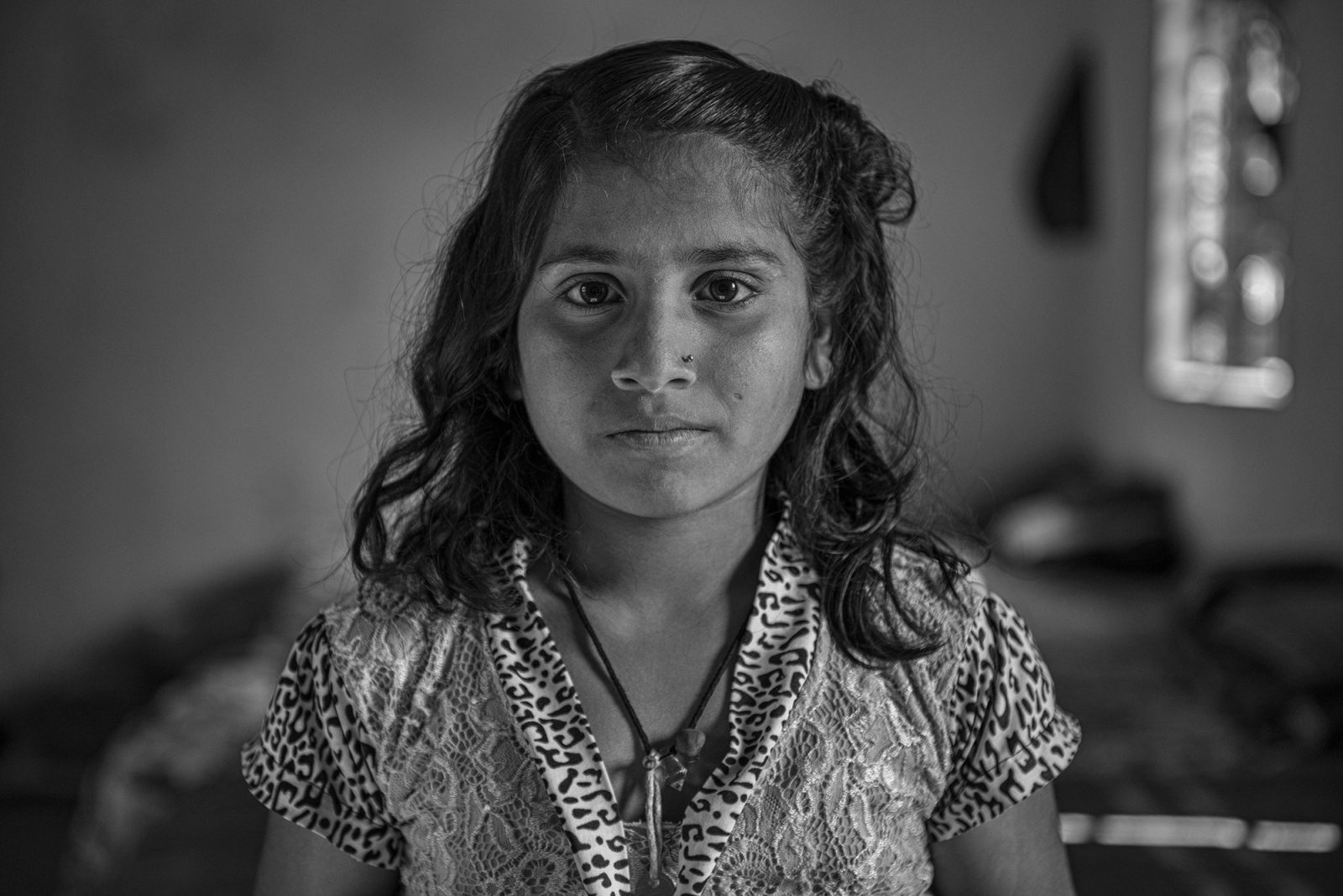 12 of 19 © 2020 Vidhyaa C
Twelve-year-old Kushi from a very low caste community
Kushi wish to stay inside which she feels she is safe and she gets a three-day meal and she aims to become as a teacher, her father is working in the cattle farm. Many girls from this boarding school heading to the city getting higher education and some have ambition, avoid being caught up in the prostitution or young early marriage. 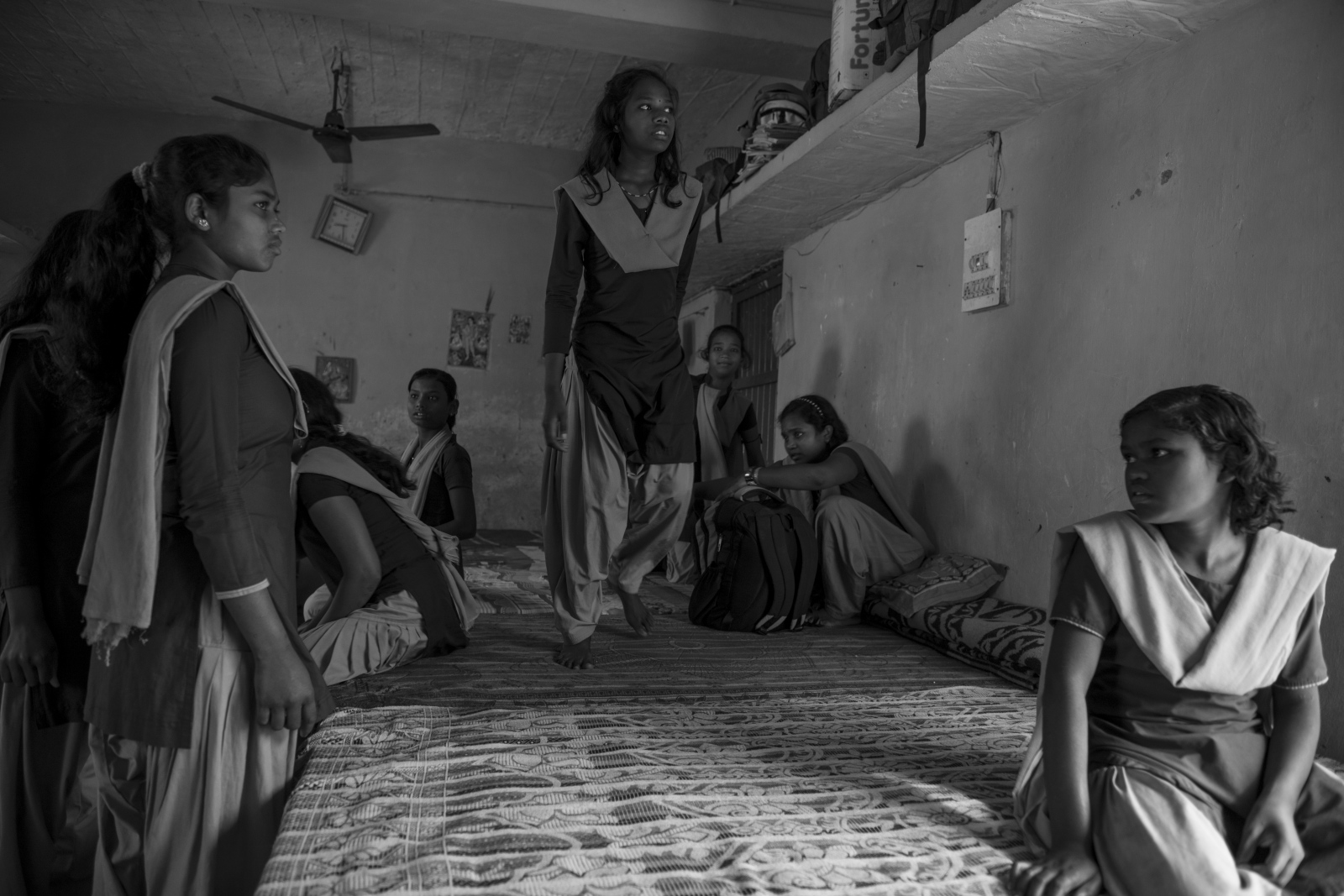 13 of 19 © 2020 Vidhyaa C
Girls rescued from the home of prostitution
Sumari & Praveena, fathers forced them into prostitution, but they rescued by NGO and getting an education now.
The girls escape from traffickers when given an education at Simraha, Bihar, India, on 25 November 2018. 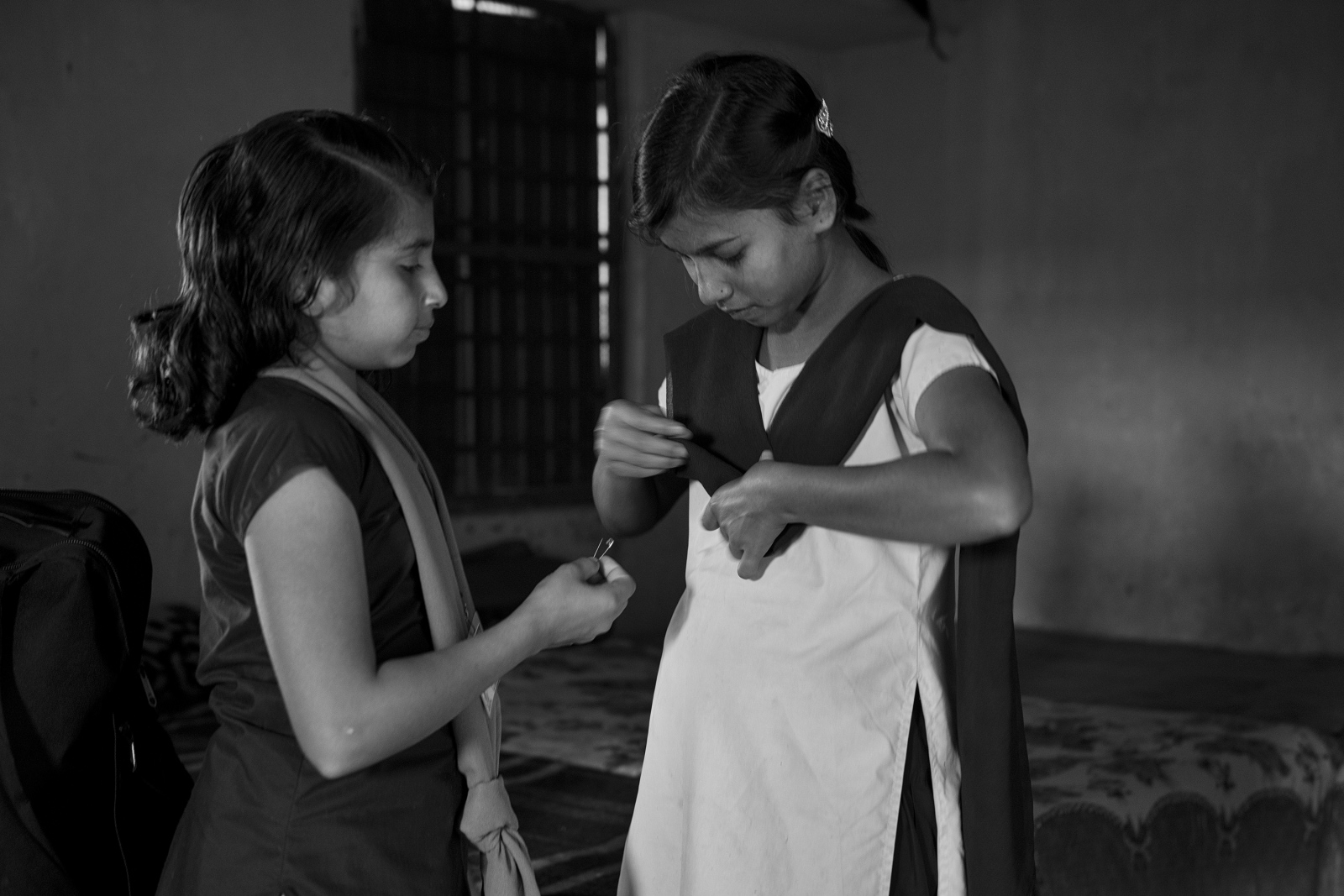 14 of 19 © 2020 Vidhyaa C
Some girls play inside the room, they break caste discrimination and build a strong bond with each other, interviewed girls they don't like to go home, they prefer to be in the boarding school. 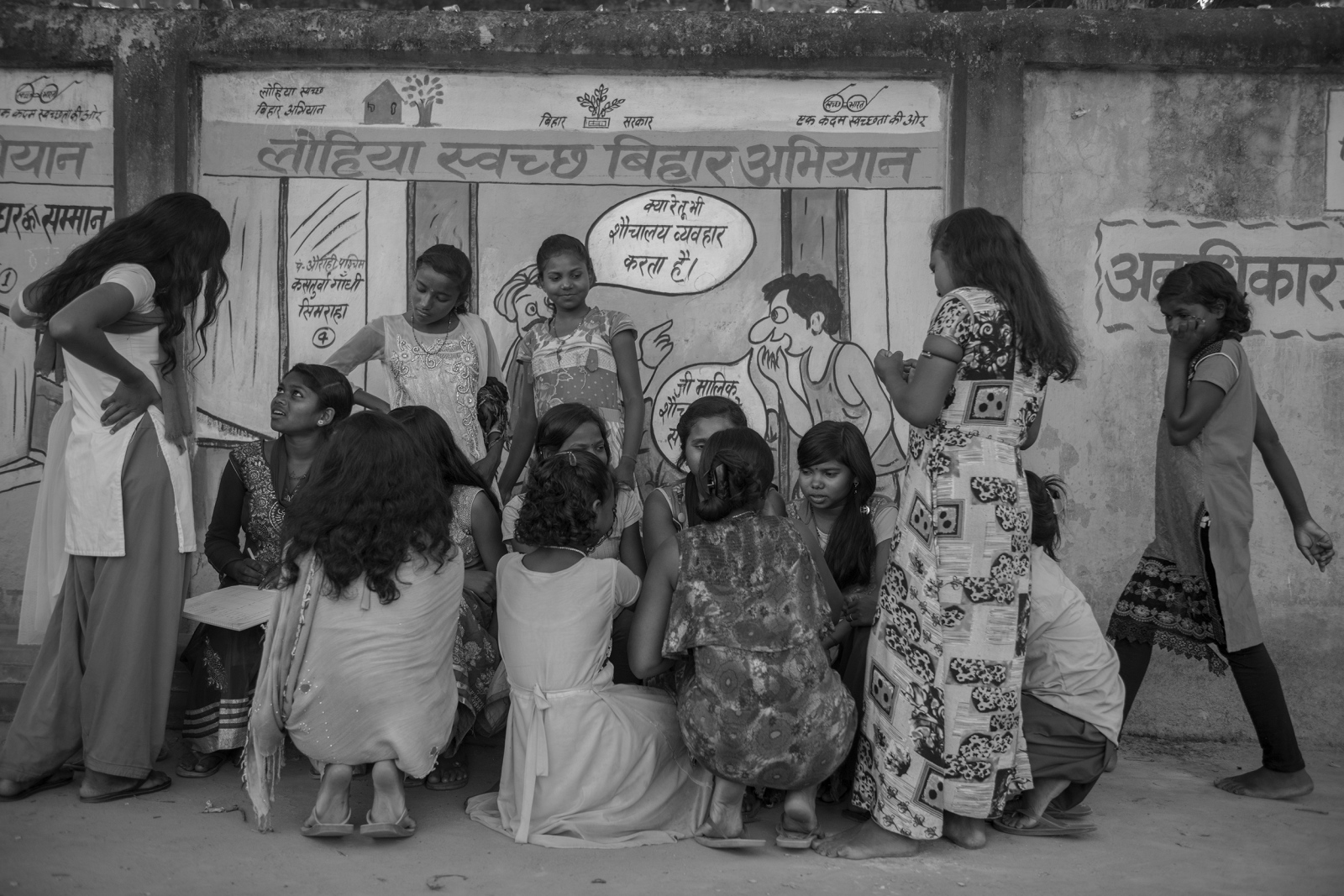 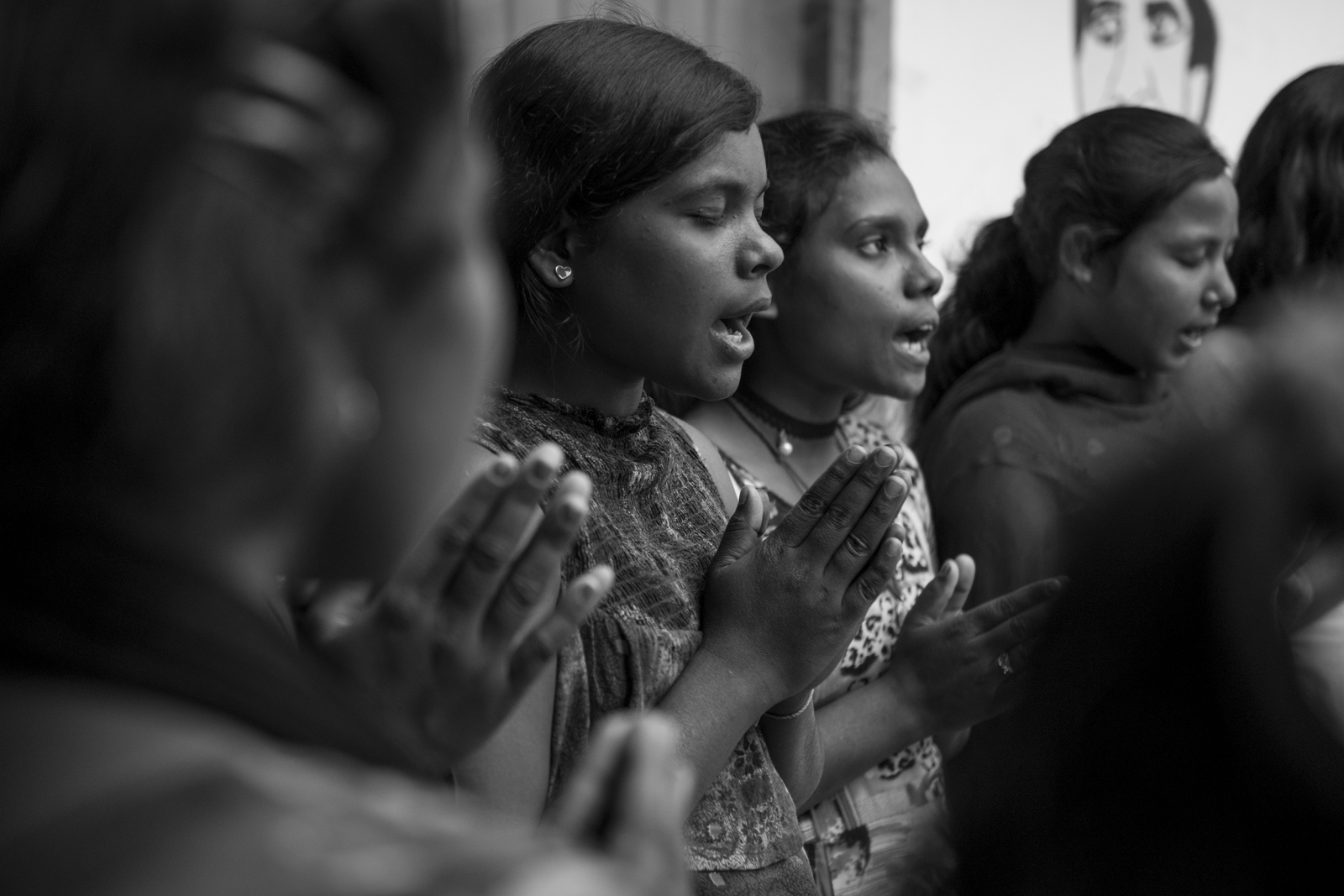 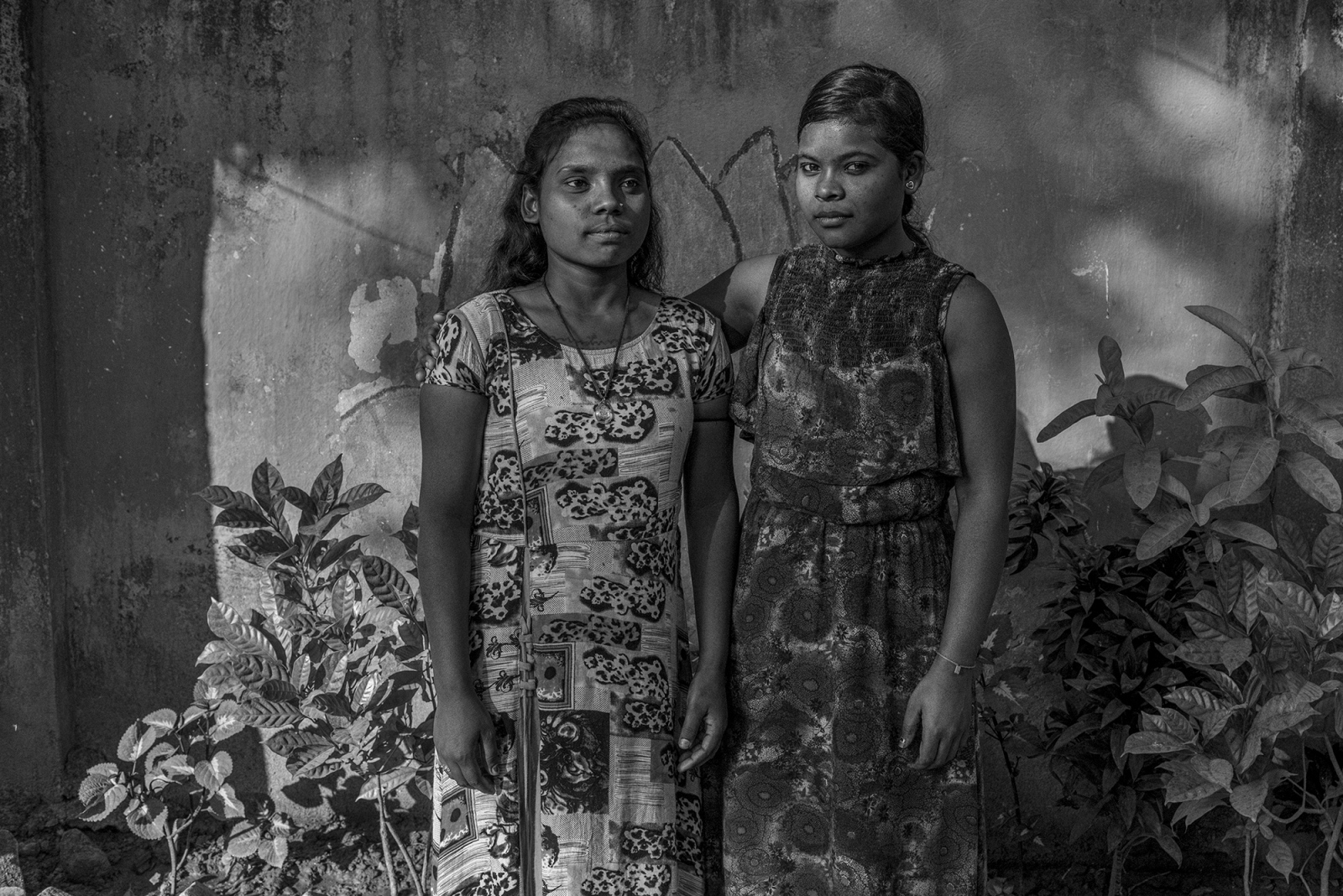 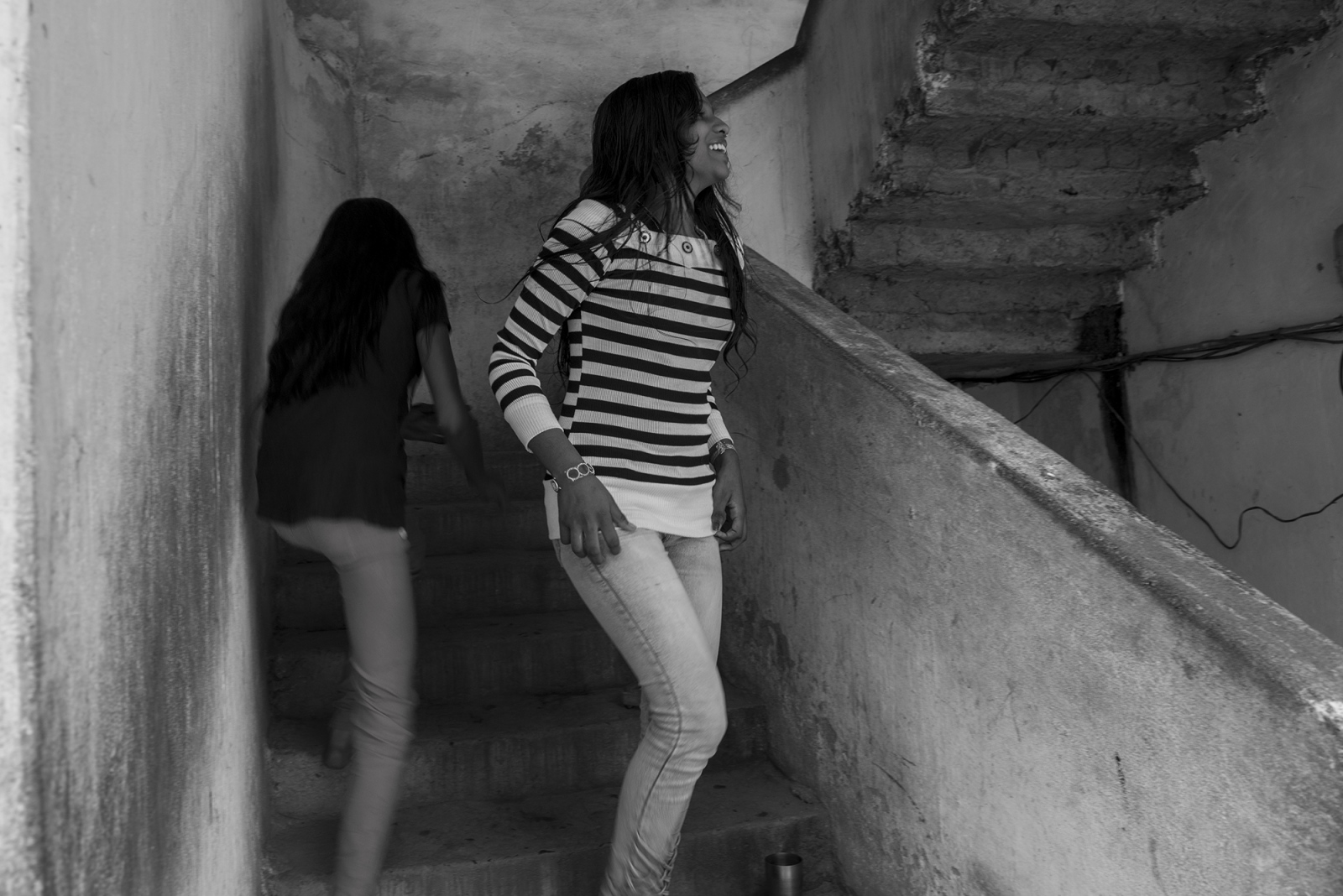 18 of 19 © 2020 Vidhyaa C
Saleena is getting education now and her dream to become as a doctor serve her community. she belongs to Nat community, where mother was rescued from prostitution and supports her children to get education and to break awful hereditary prostitution at Simraha,Bihar,India,on 25 November 2018.
Nat caste has been trapped in a system of inter-generational prostitution and has had a history of being relegated to the margins of Indian society since the 1871s, when it was classified as a “criminal tribe” by British colonial rulers.
Rights education helps girls to understand both their legal and human rights, so they can make good decisions and keep themselves safe. 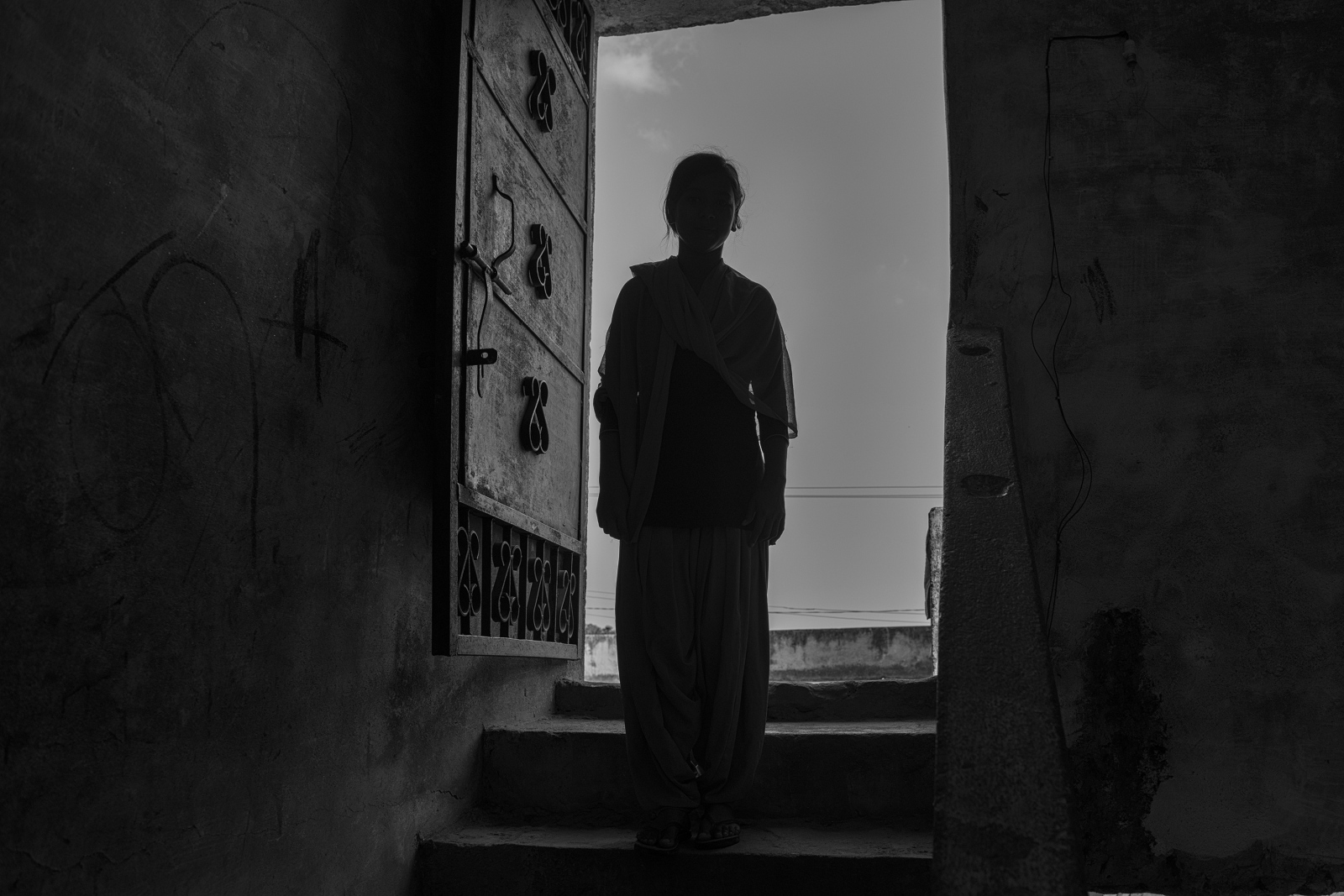 19 of 19 © 2020 Vidhyaa C
Right education which definitely helps innocent girls to understand both their legal and human rights, so they can make good decisions and keep themselves safe and stay away from traffickers. Like Bihar, other state governments in India should initiate these kinds of boarding schools or support to these underprivileged girls will definitely save many girls life, else their life will be in darkness.
Thousands of young girls in India and Nepal are sold for sex and imprisoned in urban brothels in Kolkata, New Delhi and Bombay and lives in the dark world.
In many cases, they are not paid or are held in debt bondage. Some go missing, and their families cannot trace them, the only weapon for the girls to escape from this trap is education. More children are sold into the ﬂesh trade in India than in any other country.
Public Story
The Boarding School Saves Girls from Sex Trafficking
Credits: vidhyaa c
Date of Work: 11/28/18 - 12/05/19
Updated: 05/25/19
Archived as:  Black and White, Children, Community, Discrimination, Documentary, Dreams, Editorial, Education, Emotion, Essays, NGO, Photography, Photojournalism, Portraiture, Poverty, Prostitution, School/College, Womens Rights, Youth

By Vidhyaa C — Rohingya share their stories during my visit to Bangladeshi Refugee camp, witnessed hearing the horror, loss, and hope of recovery. The persecution..
Jun 8, 2019