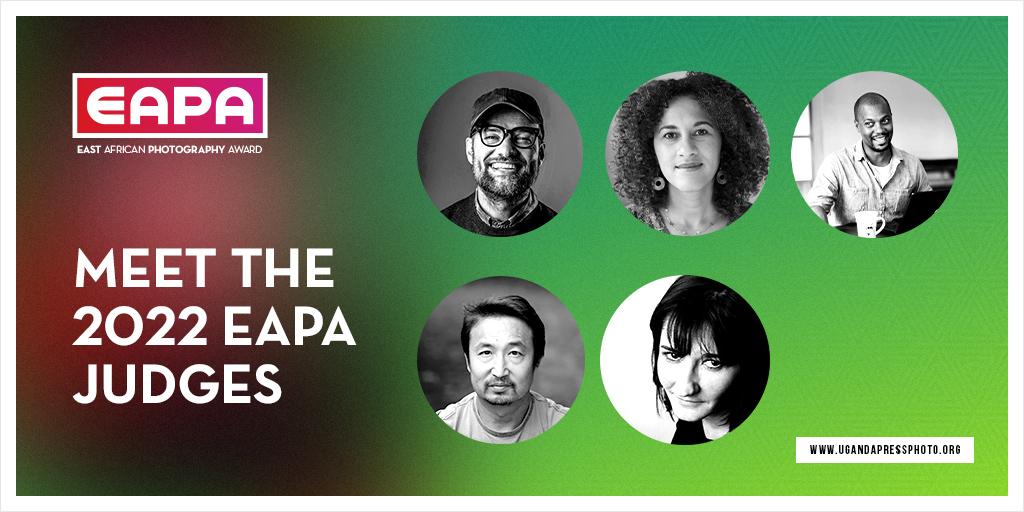 Paul Botes is the picture editor of the Mail & Guardian in South Africa and has won numerous awards for his work. His work focuses primarily on issues of social justice and inequality. Paul has taught photography at The Market Photo Workshop and runs an intern programme that works regularly with students from a variety of schools from all over the world. He has been working on a long term “slow journalism” project with journalist Niren Tolsi which follows the aftermath of the 2012 Marikana massacre in South Africa.

Liz Ikiriko is a Tkaronto/Toronto-based, Nigerian Canadian artist and curator. Her role as an educator, maker, and mother informs her practice, which focuses on African and diasporic narratives. Through collaboration and research, she supports and creates embodied experiences to facilitate moments of vulnerability and care for her communities. Her projects and curiosities engage, question and confront internalised systems of oppression.
Martin Kharumwa is part of a community of self taught photographers in East Africa. As a freelancer in the region he has worked on editorial assignments focused on documenting contemporary stories around the continent for non profits and publications. Kharumwa often collaborates with artists in the region to lend a unique perspective to his image making practice.
Yasuyoshi Chiba is AFP Chief Photographer currently based in Nairobi, Kenya. He started working as a staff photographer for Japan's national newspaper Asahi Shimbun. In 2007, he moved to Kenya as a freelancer and joined AFP as a staff photographer in Sao Paulo, Brazil, in 2011. His works have been recognized with many photography awards including World Press Photo (1st for People in the News Singles in 2009, 1st for People in the News Stories in 2012) and Pictures of the Year International (award of excellence for news picture story in 2012, 3rd for sports picture story in 2015, 1st for Portrait in 2016). In 2020 he was awarded World Press Photo Of The Year for his photographs of a young man reciting protest poetry during a blackout in Khartoum, Sudan.

Sarah Gilbert is features picture editor for the Guardian with over 20 years experience as an editor. Previous roles have included work for book and magazine publishers, a picture editor at Conde Nast, and several years in the US as the Guardian's Photo Editor. She has been a juror on a number of leading photography competitions, conducts portfolio reviews at international photo festivals, and is a mentor on the Women Photograph programme. Her specific areas of interest include documentary and long-form photography, and she commissions portraits around the world and loves to encourage new talent. 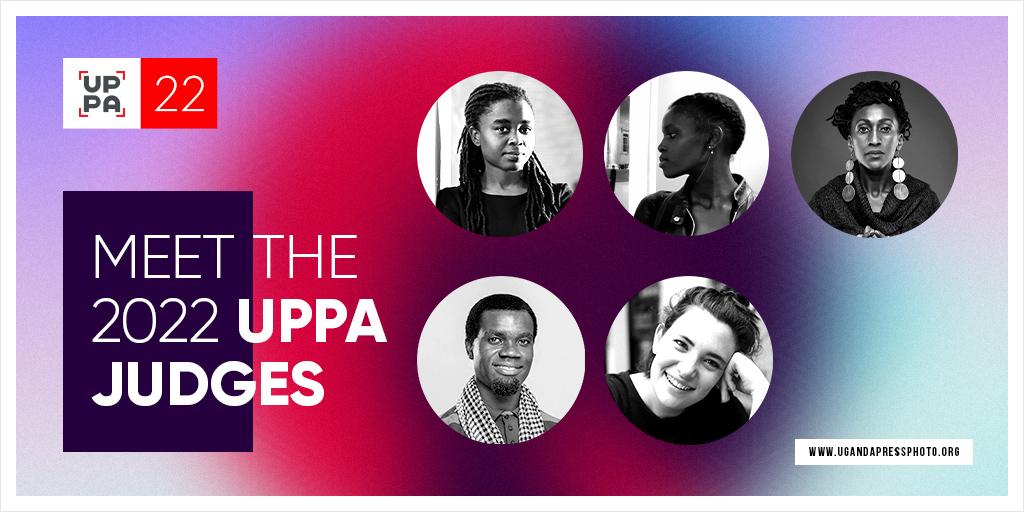 Martha Kazungu is a Ugandan curator and Art Historian. She holds a master of arts in African Verbal and Visual Arts with a focus on curating and media in Africa from the University of Bayreuth, Germany. Several years of promoting the work of women artists led to her founding Njabala Foundation to render visibility for women artists. She is on the scientific advisory board for Art and Feminisms exhibition by the Kunstmuseum Wolfsburg. Kazungu also serves as external curator for the German Federal Cultural Foundation Turn2 Labs of 2022. As Assistant Curator at MARKK Museum am Rothenbaum, she cocurated Archive of Experiences, an exhibition within the 8th Triennial of Photography in Hamburg. Kazungu’s writings have been featured in several publications in Africa, Europe, and the USA. Most recently she contributed to Phaidon’s African Artists: From 1882 to Now. Kazungu has curated exhibitions in Europe and Africa most notably My Mother is Forgetting My Face (Norway), Life Classes: an exhibition of Ugandan art on paper (Germany), Embodiment of Reason (Uganda) and Here and Here (Ethiopia). Kazungu is an alumnus of Independent Curators International (ICI) (South Africa), Àsìkò School (Ethiopia and Ghana), C& writers’ workshop (Kenya) and AtWork (Uganda). She was assistant curator for the 2016 Kampala Art Biennale curated by Elise Atangana in 2016 and the Feedback Art Africa and the 1980s curated by Smooth Ugochukwu at Iwalewahaus in 2018.

Cynthia MaiWa Sitei is a British Kenyan emerging curator and documentary photographer, who currently works at Ffotogallery Wales as the Creative Producer. Her inspiration is drawn from her cultural upbringing - stories played a big impact in her upbringing. Her current role as the creative producer allows her to push the envelope with curiosity regarding the visual perception of images around us and in preserving and caring for them as well as re-presenting them for everyone to engage with. Cynthia has a BA in Psychology with Criminology from the University of Winchester and gained her MA in Documentary Photography from University of South Wales. She co-curated an exhibition at the National Museum of Wales, responding to the museum's permanent collection as part of the Photography Season in 2019, and recently curated two exhibitions at Ffotogallery, one with 12 exceptional photographers from Africa, More Than a Number and a collaborative digital project, ‘Where’s my Space?’ Her curious mind makes her wonder in spaces where she sees action as being more effective than words, where learning from others and acquiring skills and knowledge is not enough if not put to use.

Sarah Waiswa is Ugandan-born, Kenya-based documentary and portrait photographer with an interest in exploring the New African Identity on the continent.  With degrees in sociology and psychology, Sarah’s work explores social issues in Africa in a contemporary and non-traditional way.  Her photographs of people living with albinism and ballet dancing in the Kibera area of Nairobi have generated dialogue through their visual poetry. In 2015, she was awarded first place in the story and creative categories in the Uganda Press Photo Awards and second place in the Daily Life and portrait categories. In 2016 she was awarded the Discovery Award in Arles, France and in 2017 she was awarded the Gerald Kraak Award in Johannesburg, South Africa. In 2018, she was named a Canon Brand Ambassador and was selected for the World Press Photo 6x6 Africa Program. Her work has been exhibited around the world, most recently at the National Gallery of Victoria in Australia and at the Bristol Photo Festival 2021 in collaboration with the Bristol Archives. Her photographs have been published in the Washington Post, Bloomberg, the New York Times, among other publications and she has worked with brands such as Christian Dior and Chloe. She founded African Women in Photography, a non profit organisation dedicated to elevating and celebrating the work of women and non binary photographers from Africa.

Edward Echwalu is an independent documentary photographer based between Uganda and Kenya with 15 years of experience. He puts that experience to use as a photography mentor and judge. He's part of an exciting crop of photographers based in Africa contributing towards changing the negative image of Africa through the Everyday Africa project and has made significant contributions to a number of publications including ‘Everyday Africa: 30 Photographers Re-Picturing a Continent’ and more. Edward emerged 1st Runner Up in the CNN African Journalist of the Year: Muhammed Amin Photojournalism Award 2012 and was highly commended in 2013. He was also a winner of Uganda’s coveted Student Photojournalism prize, The Cranimer Mugerwa Photojournalism Award (2009). A member of the International Press Association of Uganda, and the International Press Association of East Africa, Edward has had and continues to have commissioned work by some of the leading media and developmental institutions in the world. 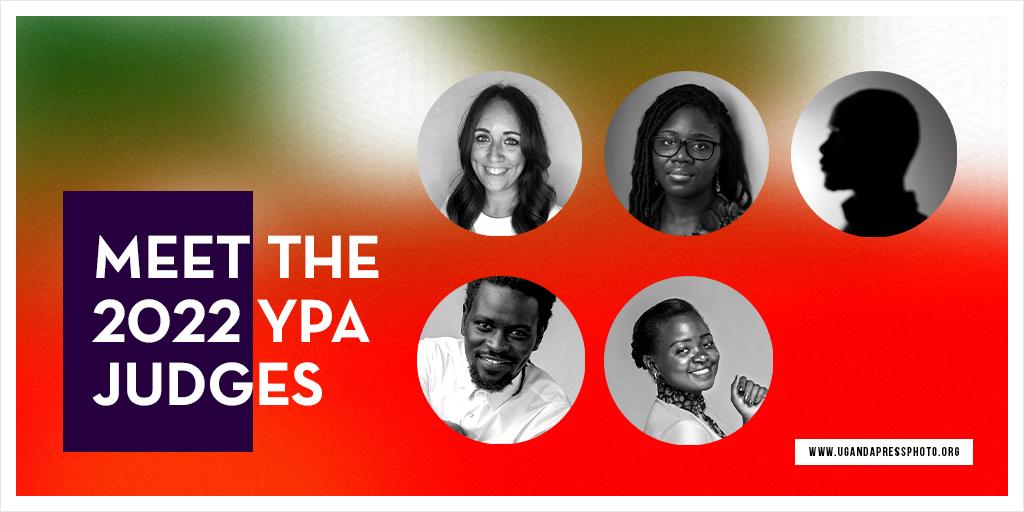 Katie Simmonds is a photographer, visual storyteller and the manager of Canon's sustainability programme, Miraisha. The Canon Miraisha programme has trained and up-skilled over 6,000 young African youth in photography, filmmaking and printing to support livelihoods and establish careers. Katie has also developed a "train the trainer" programme, which has already trained 20 local African visual storytellers to become professional educational trainers in the field of photography and filmmaking. Katie started her career working as a press photographer. She has collaborated and worked alongside countless reputable and awarding photo organisations in the industry including: Ian Parry, World Press Photo, Visa pour l image, and Getty Images. Katie is excited to review the portfolios of the entrants and is looking forward to finding a dynamic, diverse and talented young photographer who will help foster and strengthen the Ugandan photo community.

Anne Nwakalor is the Founding Editor of No! Wahala Magazine, one of Africa's first-ever contemporary photography magazines dedicated to showcasing authentic visual stories told by African creatives. She is also a Photo Editor and presently works as a Communication Expert within the art space in the UK.

Chris Dennis Rosenberg Kimbugwe is a Ugandan photographer based in the Czech Republic. His creative practice seeks to explore the construction and performance of identity as well as the complexity of a minoritized existence. Through portraiture and visual storytelling about people, nature, and wildlife, he aims to highlight the importance of coexistence in its many forms. His work has been recognized at the Uganda Press Photo Awards 2018 and 2019, Future Africa Visions in Time, Konrad-Adenauer-Stiftung & Goethe-Zentrum Kampala photography competition 2019, and the Alexia Student Grant 2019. In 2020, he was selected by acclaimed photographer Andrew Tshabangu as an apprentice for the fourth Kampala Art Biennale. In 2021, he received the Adobe Creative Residency Community Fund as well as the Skillshare Teachlab residency. He is also a mentor for the UPPA Emerging Photographers Mentorship Programme 2021, 2022 and a judge for the Young Photographer Award 2021. His work has been published in The New York Times, The Financial Times, and City Press. In 2020, he graduated with the Advanced Programme in Photography from the Market Photo Workshop in Johannesburg, South Africa. In 2019, he acquired a Bachelor of Science in Multimedia and Animation from ISBAT University Kampala, Uganda.
Giovanni Okot is a self-taught commercial and travel photographer based in Kampala - Uganda. When I'm not creating for my clients, I spend a great deal of time travelling across East Africa camping in search of adventures and good coffee.
Miriam Watsemba is an award winning documentary photojournalist, writer and Canon Academy trainer,  based in Uganda, with a background in Journalism and Communication. She is passionate about storytelling, and believes that stories can be an effective avenue for driving change and development. Her dream is to help people express themselves authentically, through storytelling.  Miriam is a multiple time grantee, who has published and exhibited both locally and internationally. Through her works, she seeks to archive the truth and provoke action.