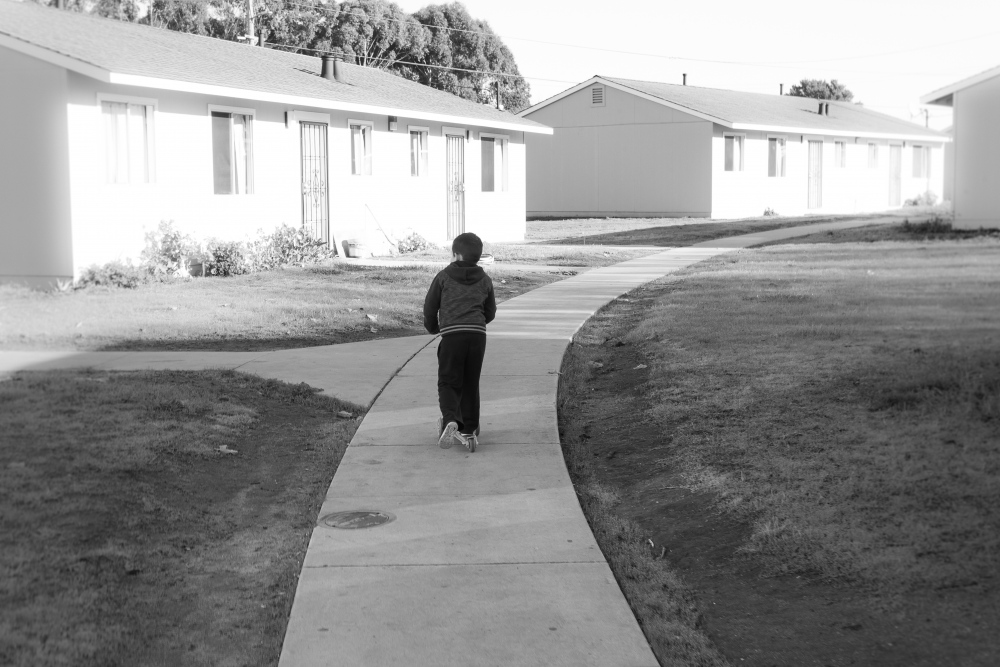 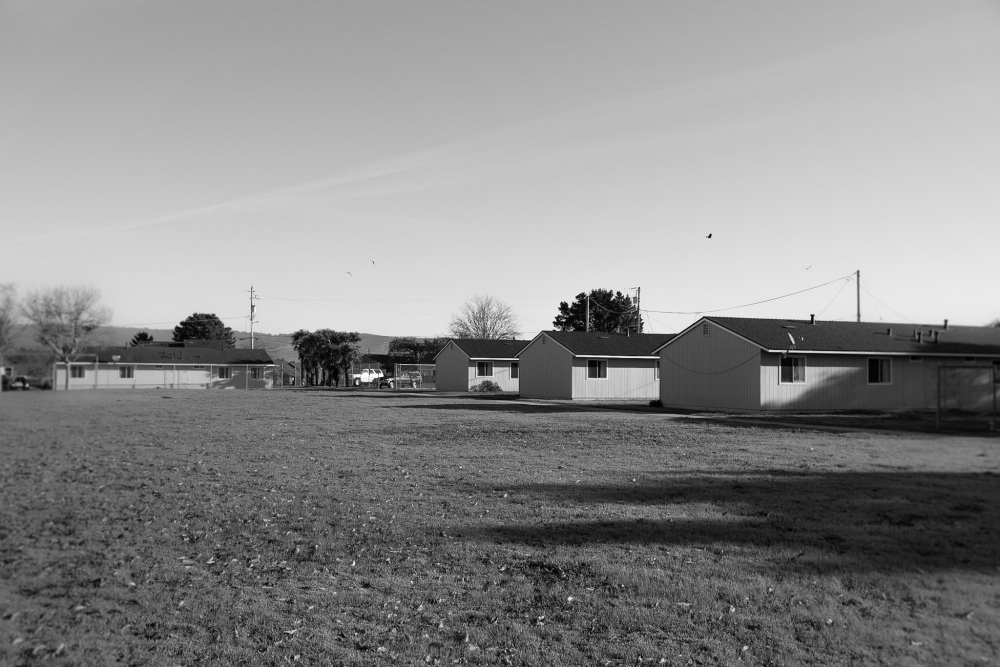 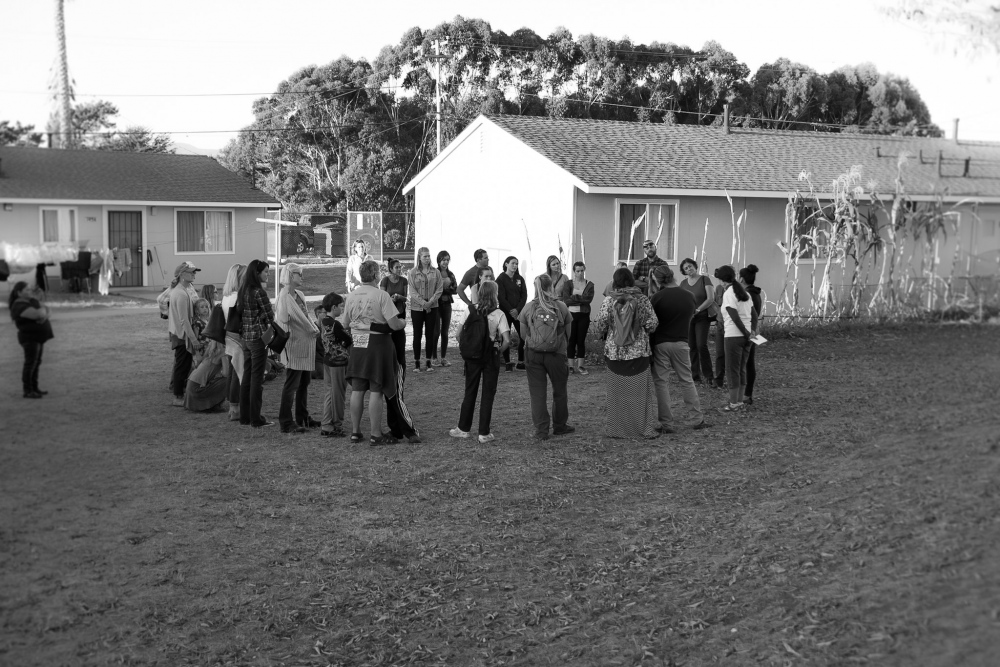 3 of 15 © 2020 David Tau
Dr. Ann Lopez speaks to a group of volunteers attending a Farm Worker Reality Tour. The tours are organized by the Center For Farmworker Families a nonprofit organization with the purpose of promoting awareness of the difficulties that farm workers face. Buena Vista Migrant Camp, October 27th, 2017 Watsonville CA. 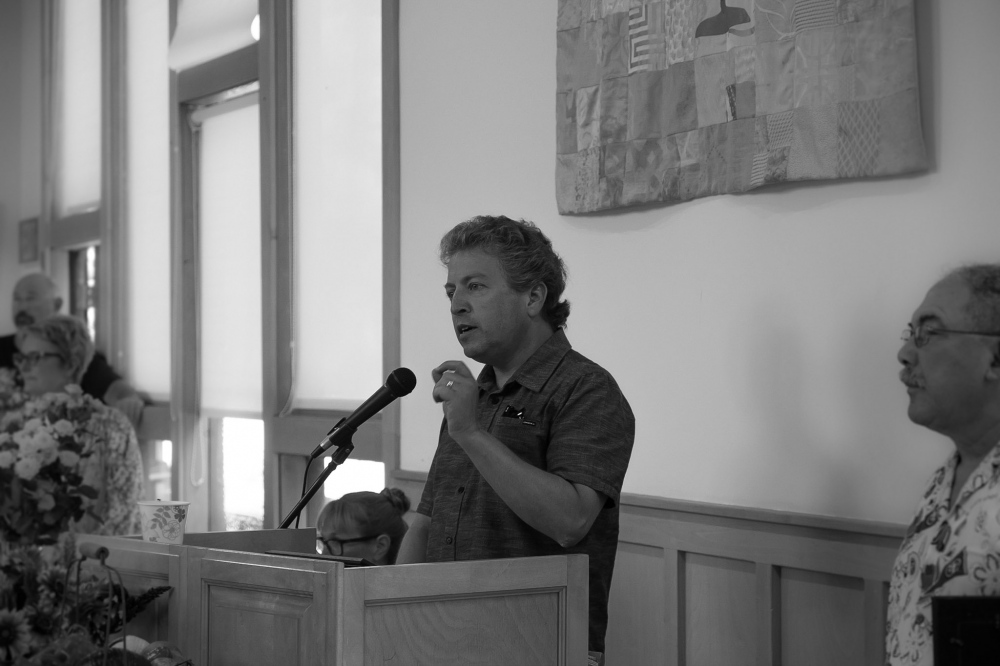 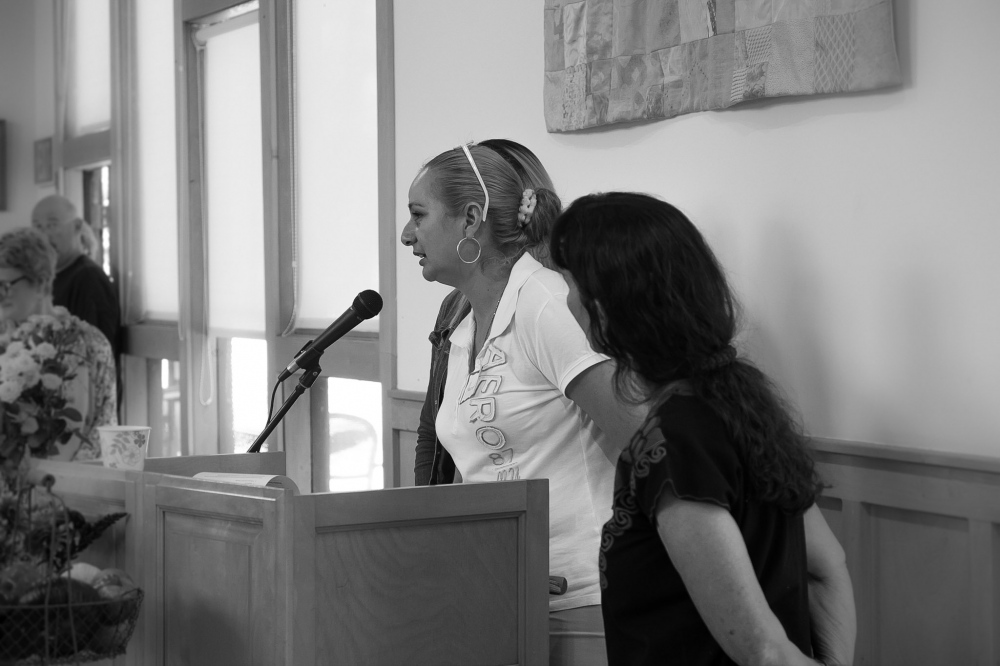 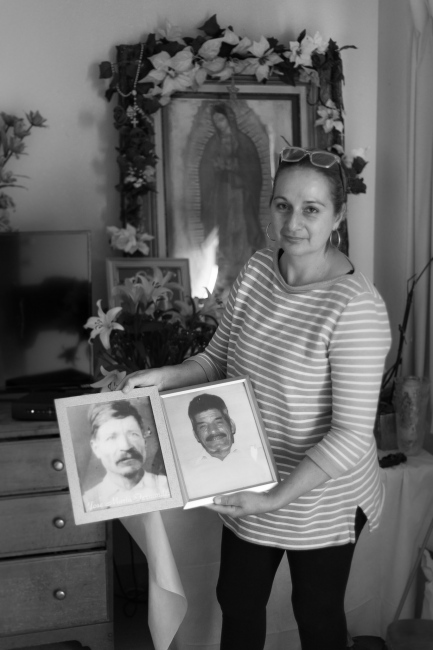 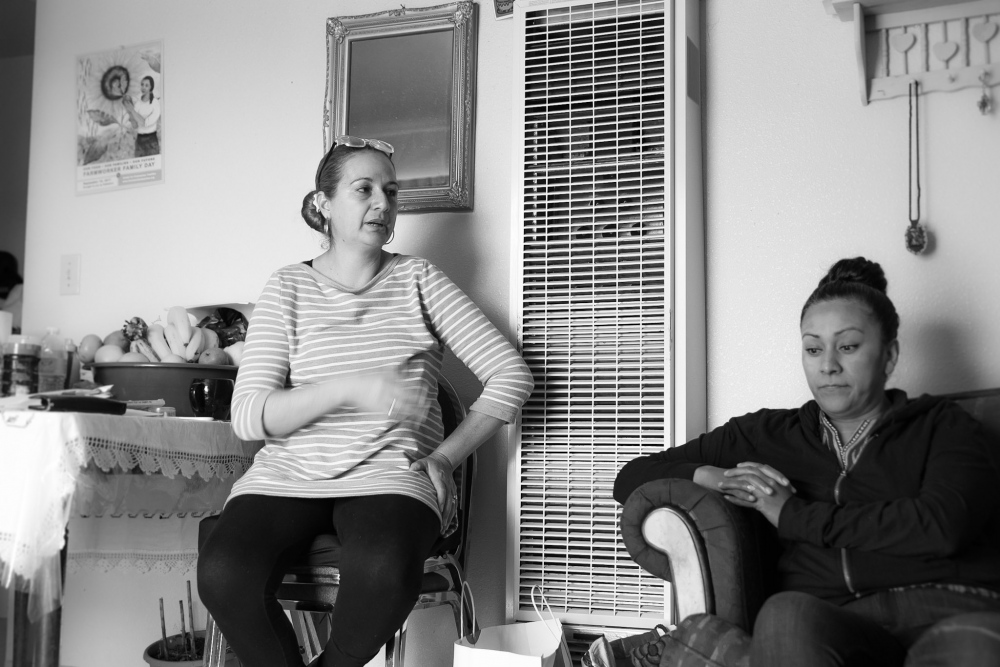 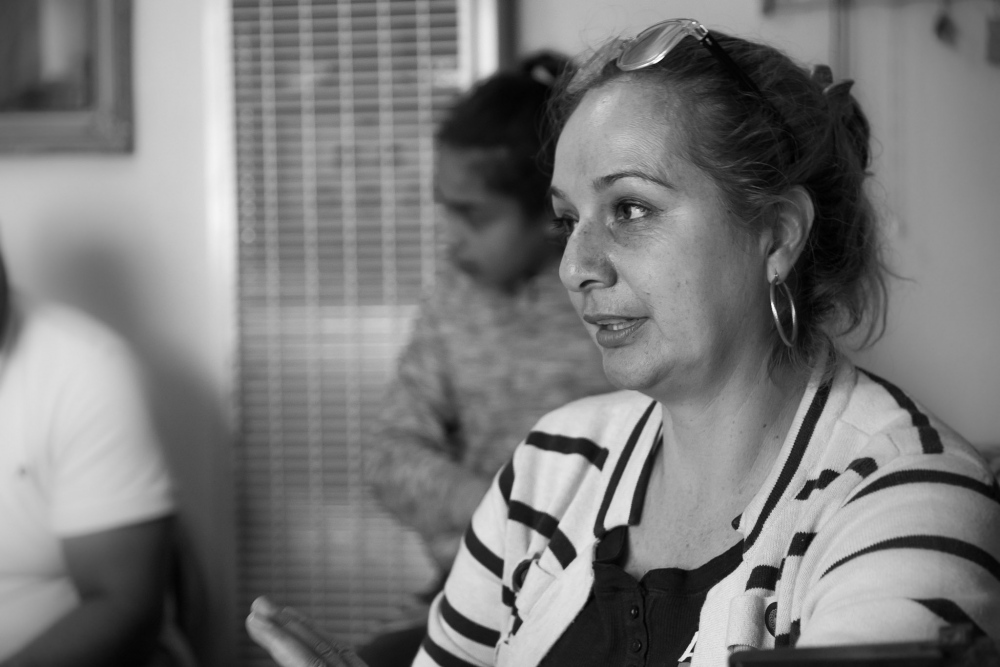 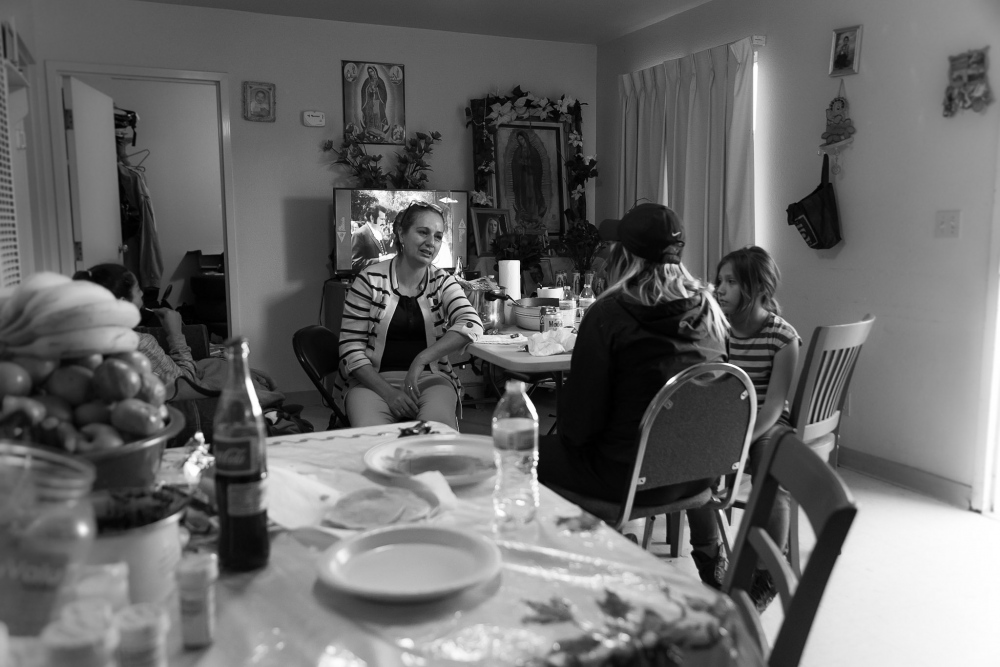 Aracel Fernandez discusses “campos venenosos” (poison fields) with UC Santa Cruz student Ann Mendoza. Every year 2 billion pounds of licensed pesticides are used in the U.S. or 1/5 of global use. The U.S. EPA estimates that 300,000 farm workers are poisoned by pesticides each year nationwide; many cases are never reported. There are an estimated 10,000 to 20,000 cases of physician-diagnosed pesticide poisoning among U.S. farmworkers, and the average life expectancy of farmworkers is only 49 years. Buena Vista Migrant Camp, October 22nd, 2017 Watsonville CA. 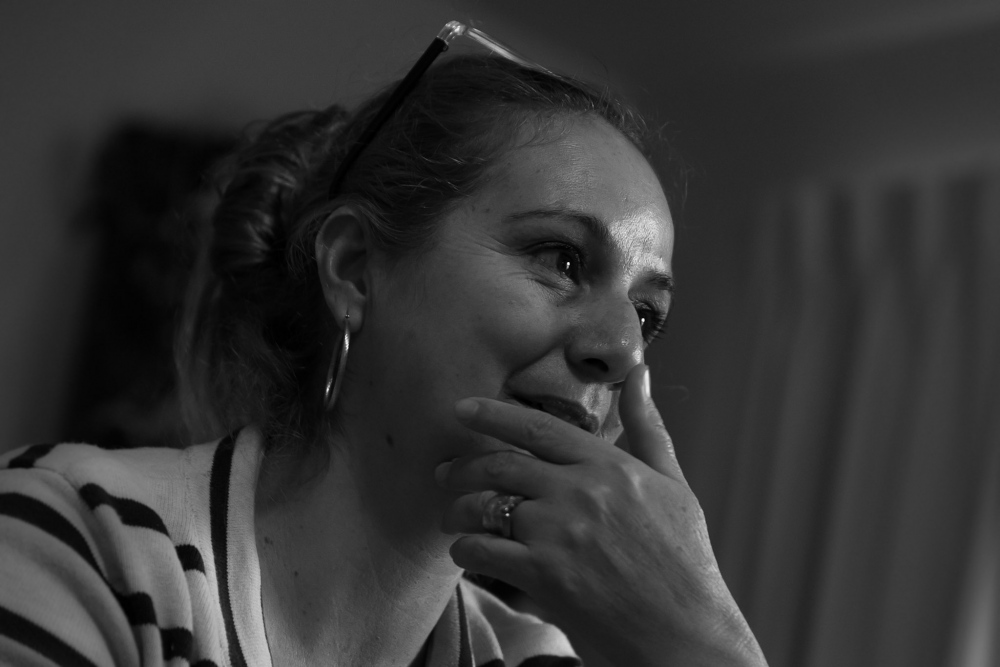 More than 20 years in the fields; Aracel Fernandez has three slipped disks resulting in chronic back pain. With limited health care and resources, illnesses such as back pain and other health-related issues often go untreated. Buena Vista Migrant Camp, October 22nd, 2017 Watsonville CA. 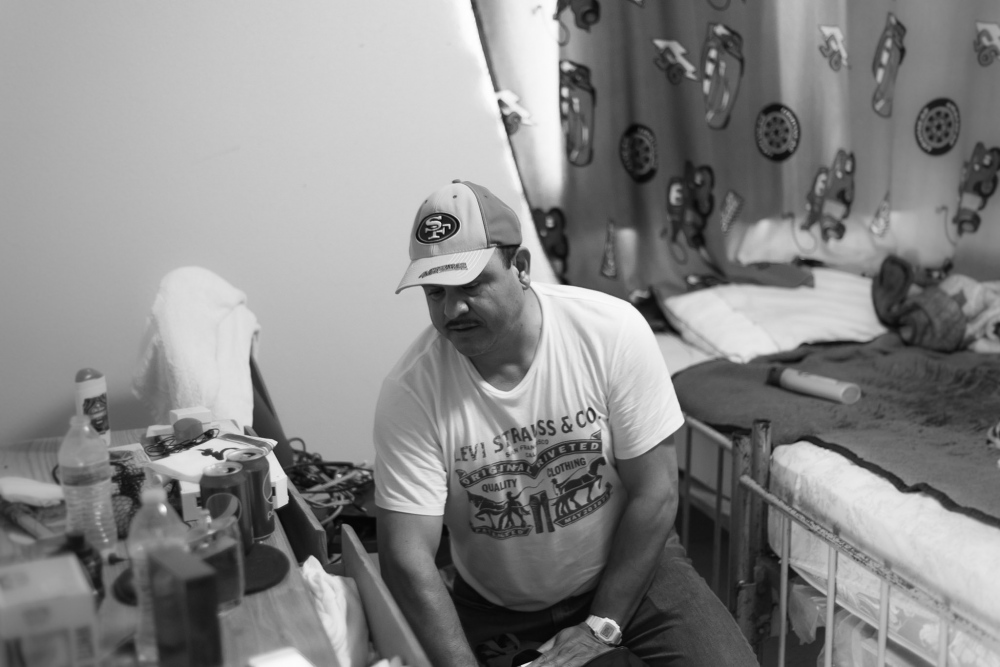 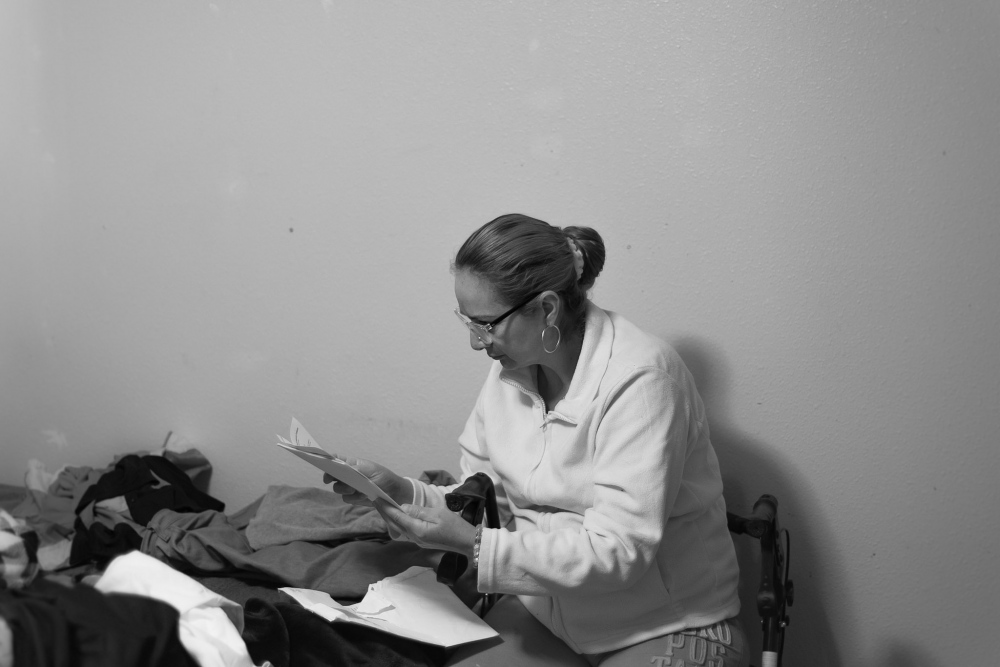 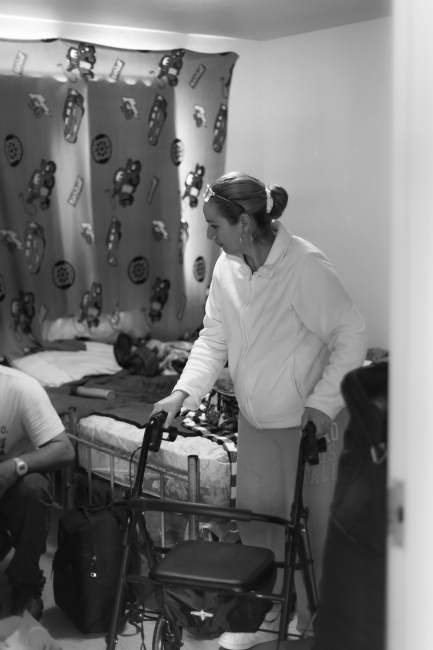 13 of 15 © 2020 David Tau
Aracel Fernandez's back pain is progressively getting worse over the summer. On this day, unable to walk on her own she uses a walker for assistance. Buena Vista Migrant Camp. November 28th, 2017 Watsonville CA. 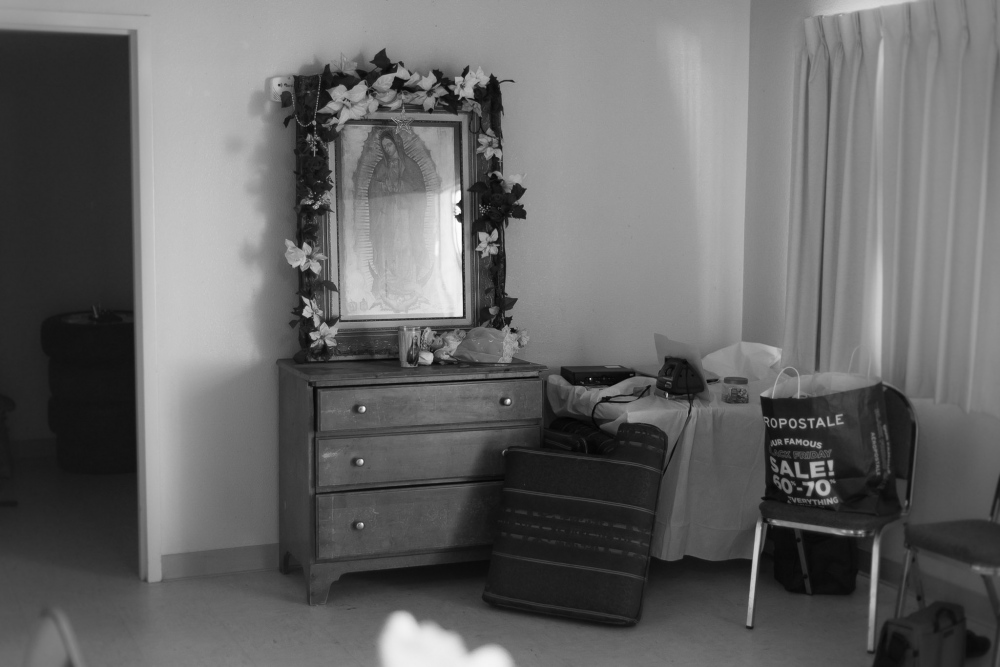 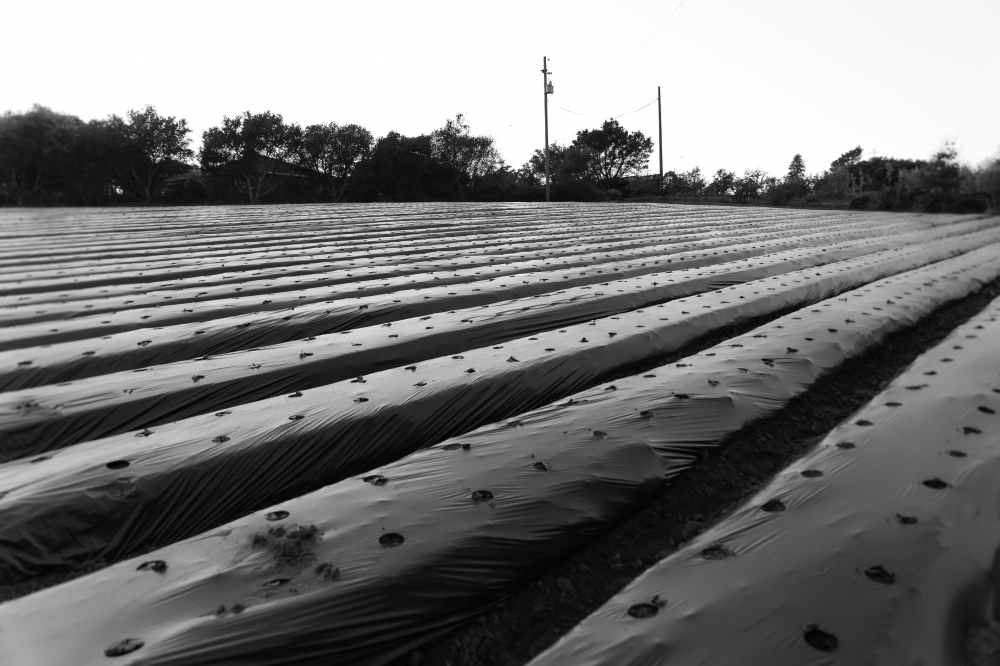 With good and honest intentions, California under Gov. Pat Brown in the 1960s built housing for migrant farmworkers, who too often would have no place to sleep after working in the fields. Today, 24 housing centers, located from Williams in the north end of the Central Valley to Arvin at the south end, house 10,000 farmworkers, giving them an inexpensive, safe and clean place to sleep after a hot day of hard work.

The housing, once occupied by single men, now is reserved for families. But an obscure statute governing a primary aspect of the housing has the unfortunate consequence of disrupting the education of the children of migrant farmworkers and splitting families up.

Known as the 50-mile regulation, it says that workers have to move 50 miles or more from the housing center to be eligible to reside there the following year.

Since the housing is only available from late spring through late autumn, thousands of children of migrant farmworkers are pulled out of school every six months. The dropout rate of children who live in state-run migrant housing is as high as 90 percent.

The rule, apparently, is anomalous. Neither federal government agencies nor other farm states determine housing eligibility through a distance rule. The genesis of California’s rule has been lost to history. But according to the Department of Housing and Community Development, the requirement likely dates to the mid-1970s, preceding the department’s responsibility for the housing program. What is known is the rule’s impact on people such as Aracel Fernandez. The daughter of farmworkers, now a farmworker herself, is a mother of four with a 7-year-old son still in school in Watsonville. In the summer 2017 photographer, David Tau visited Fernandez and her family at the Buena Vista Migrant Camp. Wanting what any parent wants: a better life for her children. She knows that education is their ticket. Her older sons and her daughter did manage to graduate from high school. But to earn their diplomas, they had to either move around from school to school or stay behind with friends or family while Fernandez followed the crops. The separation, she said, was “very painful." The Legislature has made only halfhearted attempts to address the issue. Then-Assemblyman Paul Fong, a San Jose Democrat, introduced a bill in 2010 to address the 50-mile rule by granting exemptions for families with children in school to stay in the housing year-round. But the bill died, in part because of the cost of upgrading the centers to accommodate people during the winter months.

1. July 16, 2017 6:00 AM "With the best of intentions, a California rule leads to dropouts and splits families" http://www.sacbee.com/opinion

The Fish and the Fisherman

By David Tau / San Francisco CA — The Fish and the Fisherman Reflecting on our connection to the sea, the threat of climate change, and the..
Mar 31, 2018