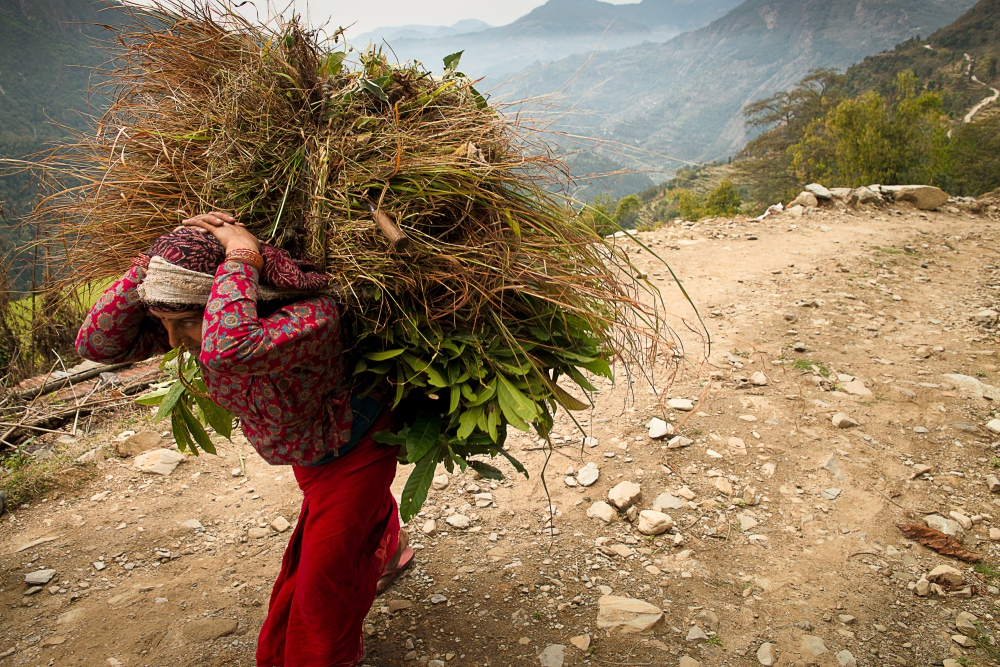 1 of 17 © 2021 Mick Stetson
It's not uncommon for villagers to walk several kilometers through rugged terrain just to gather fodder for their livestock or sugar cane for their children. But itâ€™s a dying practice that the young eschew, as they are no longer happy living traditional lifestyles. 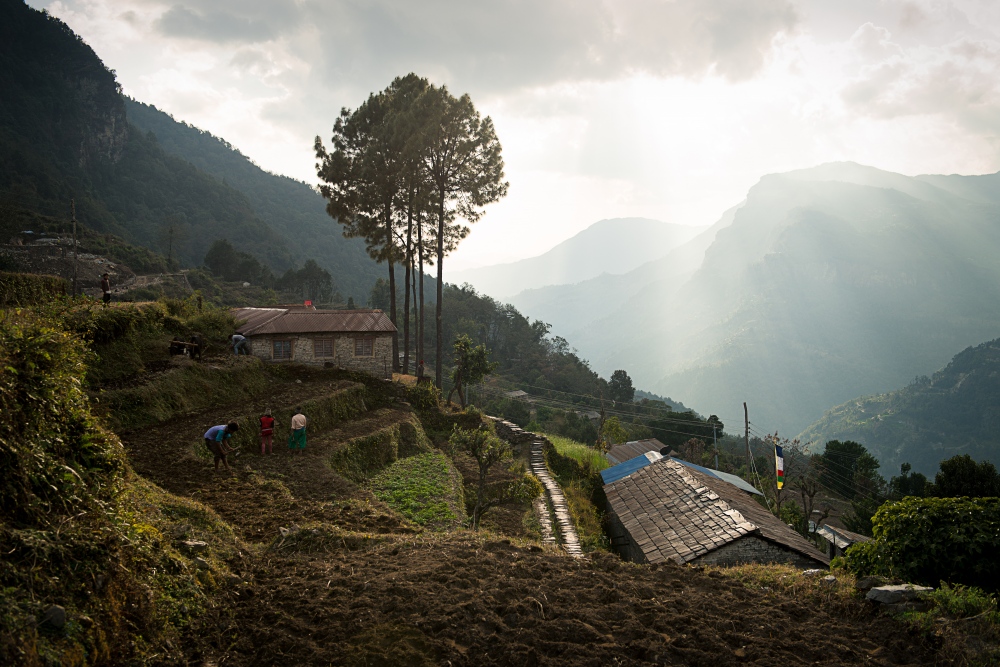 2 of 17 © 2021 Mick Stetson
On the southern slopes of the Annapurnas, hill tribes have been practicing subsistence farming for centuries. The rugged, mountainous terrain ensured that places like this were reliable zones of refuge for those who wanted to live autonomously. 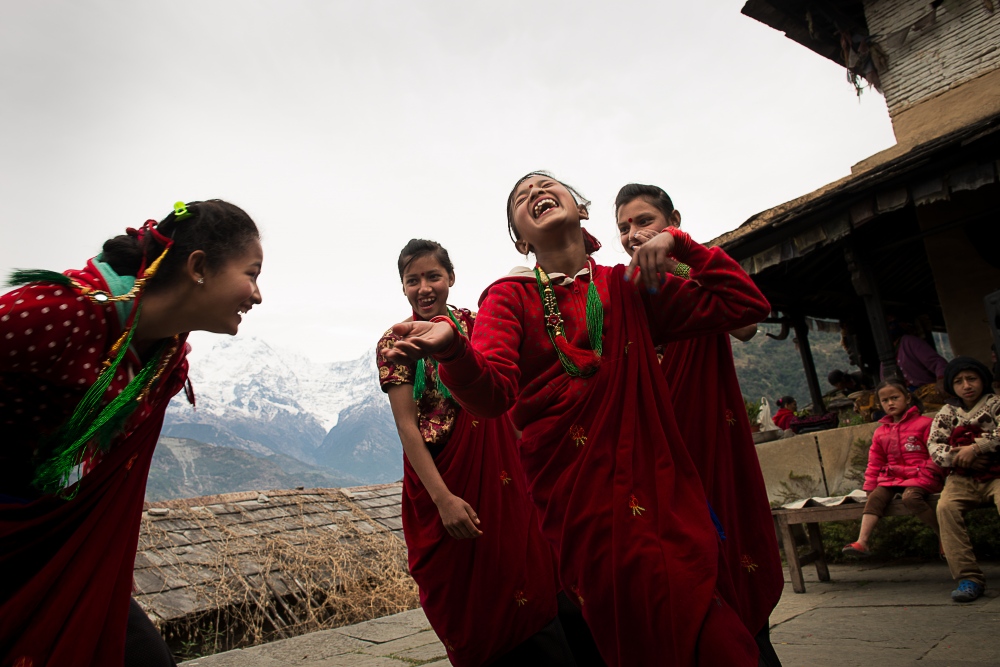 3 of 17 © 2021 Mick Stetson
Priya Gurung knows at least ten people who left her village to work overseas. Today, the young are no longer happy living traditional lifestyles, instead they dream of the success the modern world promises. 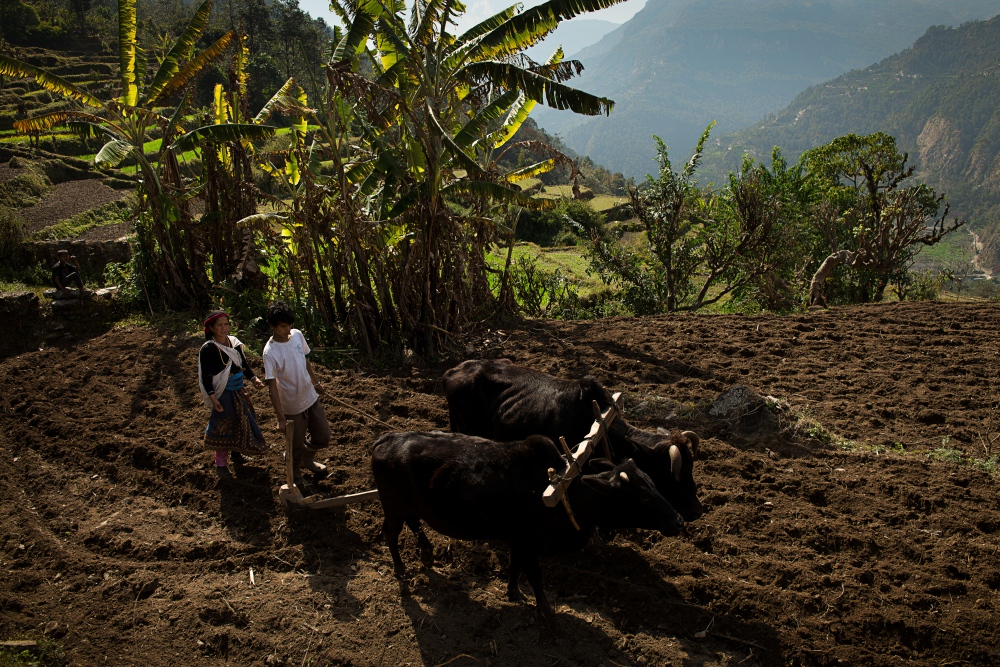 4 of 17 © 2021 Mick Stetson
Traditional family life for the hill tribes has recently been dislocated. Since more than 3.5 million young Nepali men and women have left their villages to work abroad, there are few people remaining. 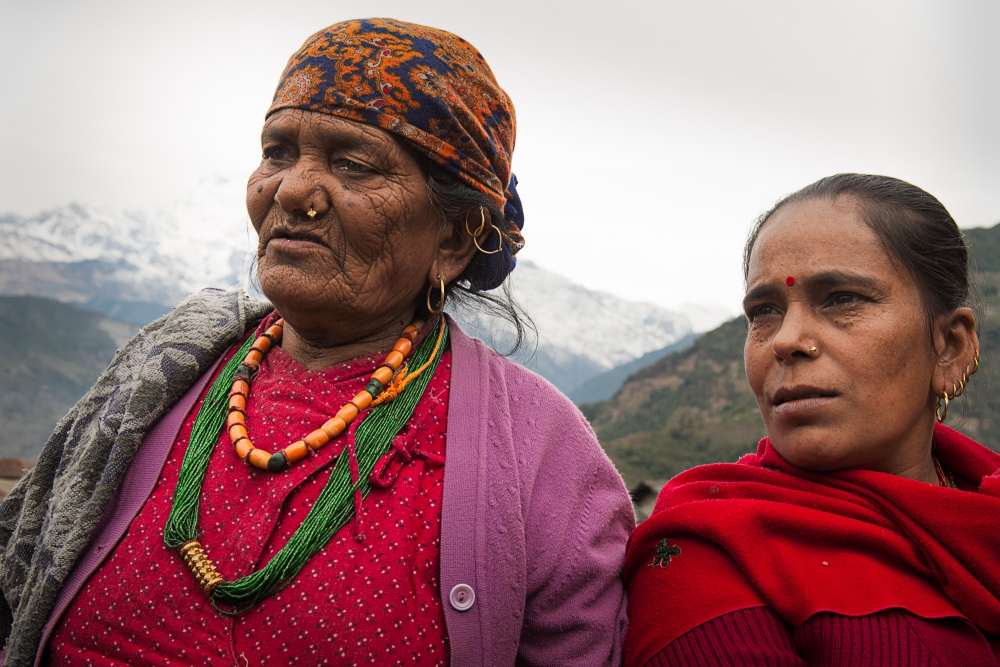 5 of 17 © 2021 Mick Stetson
The grand matriarch of this Gurung village (Priyaâ€™s grandmother) and her daughter tell stories of young people who have left the village to seek their fortunes in the modern world. They tell us how the remittance payments these workers send home have become one of the familyâ€™s main sources of income. 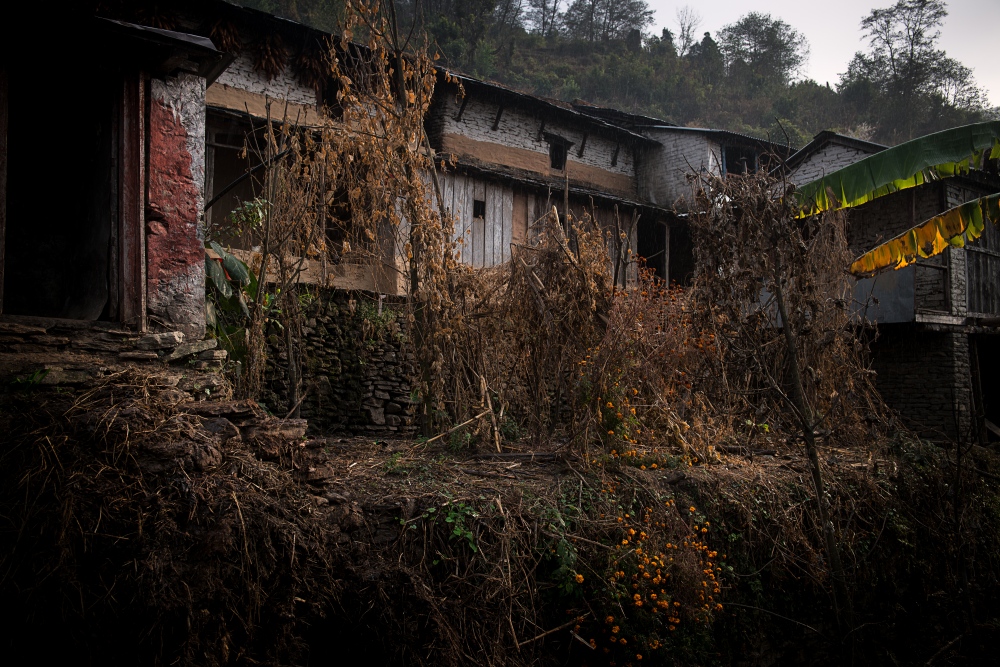 6 of 17 © 2021 Mick Stetson
Nearly 40 percent of the homesteads in the villages have been abandoned. 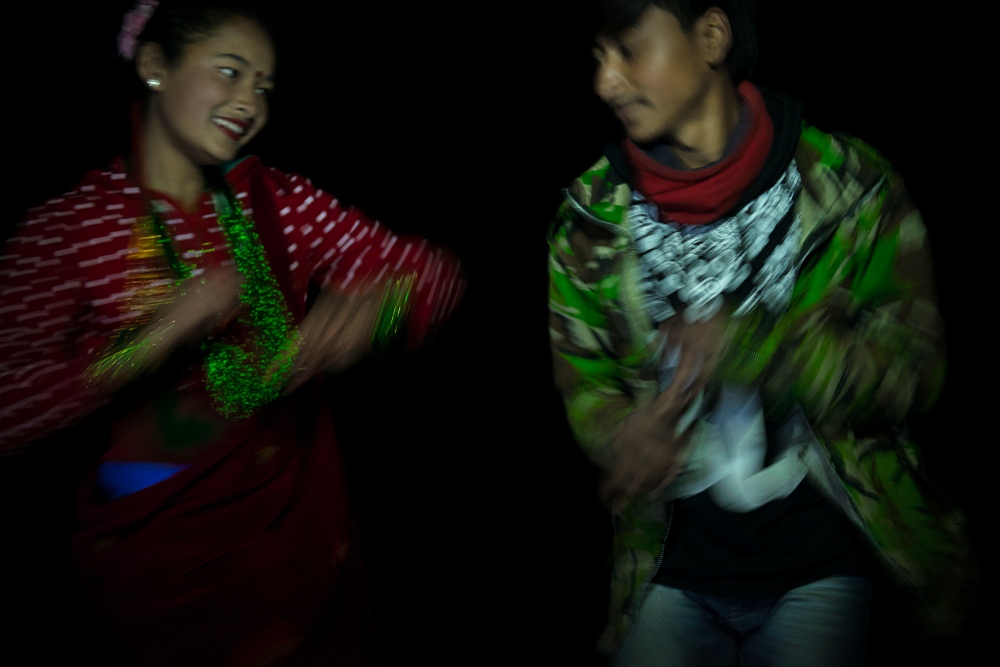 7 of 17 © 2021 Mick Stetson
Pratima Gurung, like her sister and other young teenagers of rural Nepal, imagines a life far better than the one she lives in the village. Although there are many stories of success, there are also many tragic ones, making the elders reconsider their former recommendations. 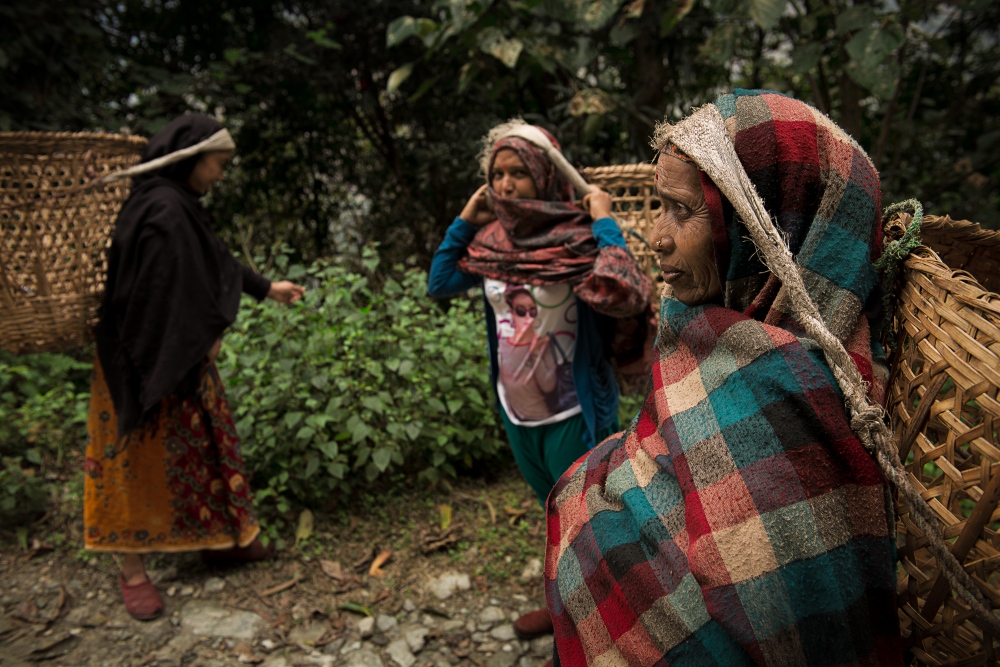 8 of 17 © 2021 Mick Stetson
Almost every home in the village has a son or daughter working overseas. If they are married, then their spouse remains in the village, taking care of the children and maintaining their farm. 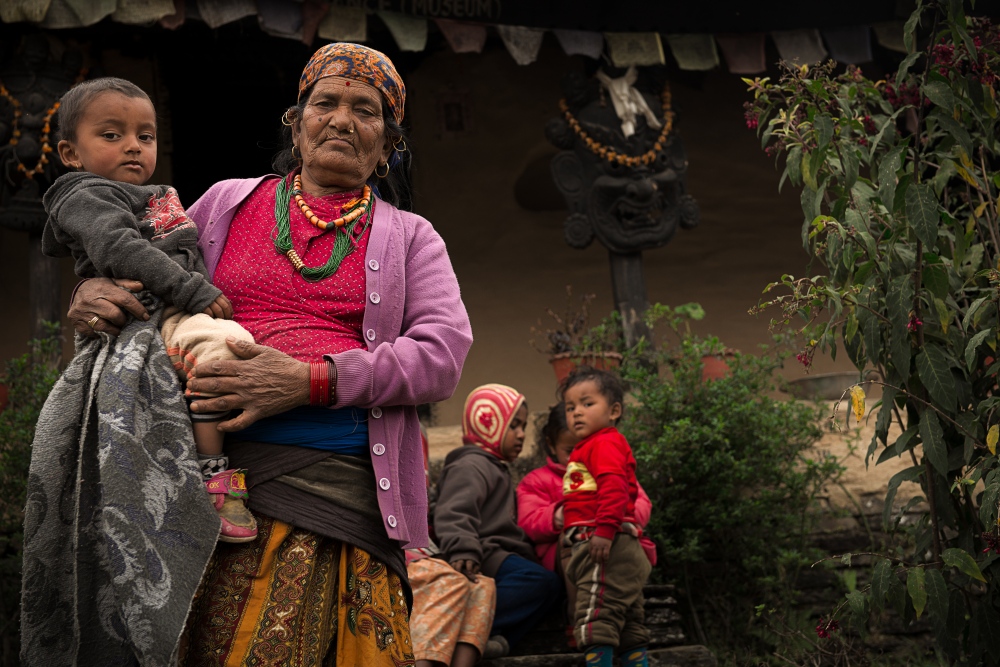 9 of 17 © 2021 Mick Stetson
Priya and Pratimaâ€™s grandmother looks after several children whose single parents are working in the fields or forests. 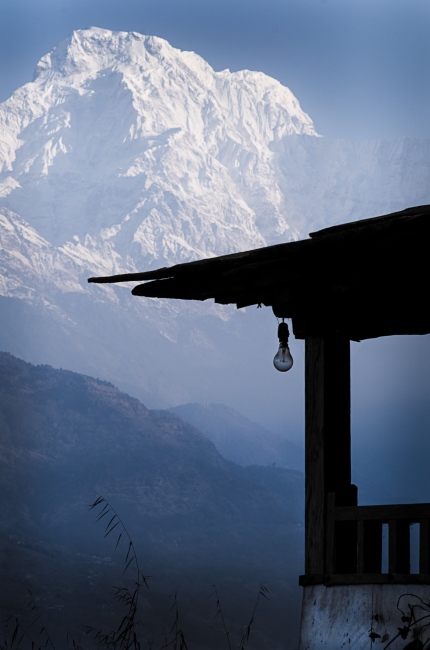 10 of 17 © 2021 Mick Stetson
In the shadow of the Annapurna range, the allure of modern amenities is supplanting centuries of self-sufficient autonomy. 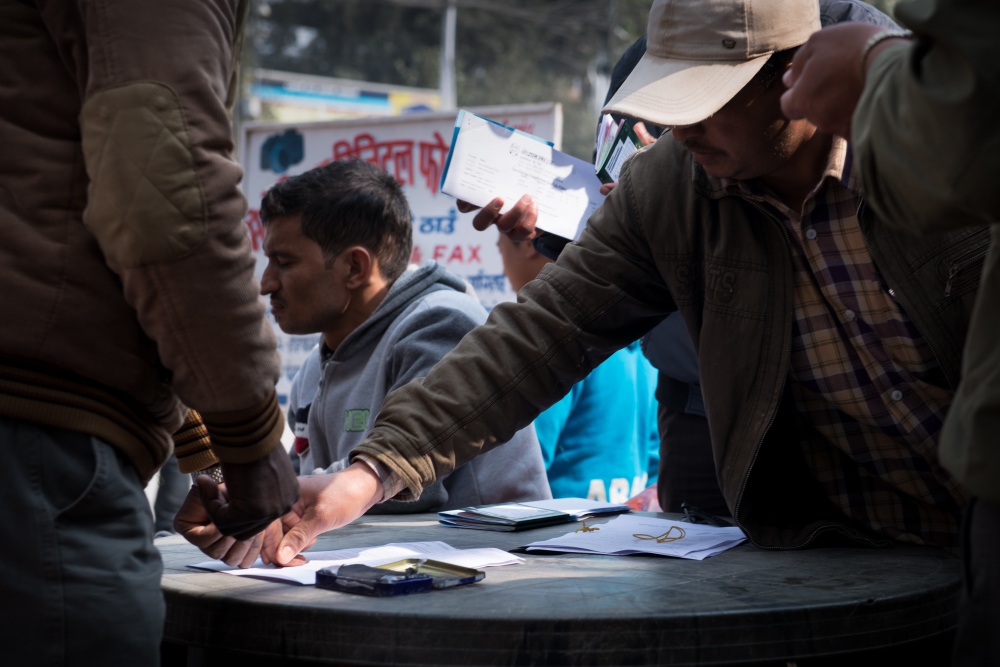 11 of 17 © 2021 Mick Stetson
Across from the main entrance to Kathmanduâ€™s international airport, employment brokers assist Nepali men with completing the necessary paperwork they need in order to work overseas. Desperation and hope are the bedfellows that motivate these workers: desperation because thereâ€™s little work for them in modern Nepal; and hope that their sacrifice will help their family. 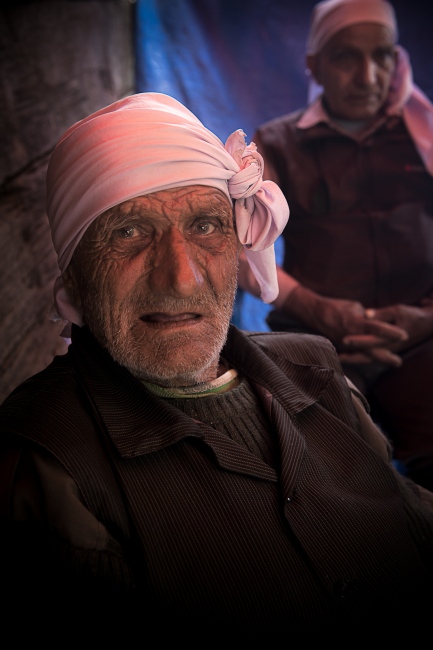 12 of 17 © 2021 Mick Stetson
Nanda Prasad Devkota, 88 years old, has been sitting with family and friends for 10 days, in an ancestral ceremony that pays respect to his recently deceased older brother. As each person from his generation dies, a large storehouse of cultural experience and knowledge disappears. 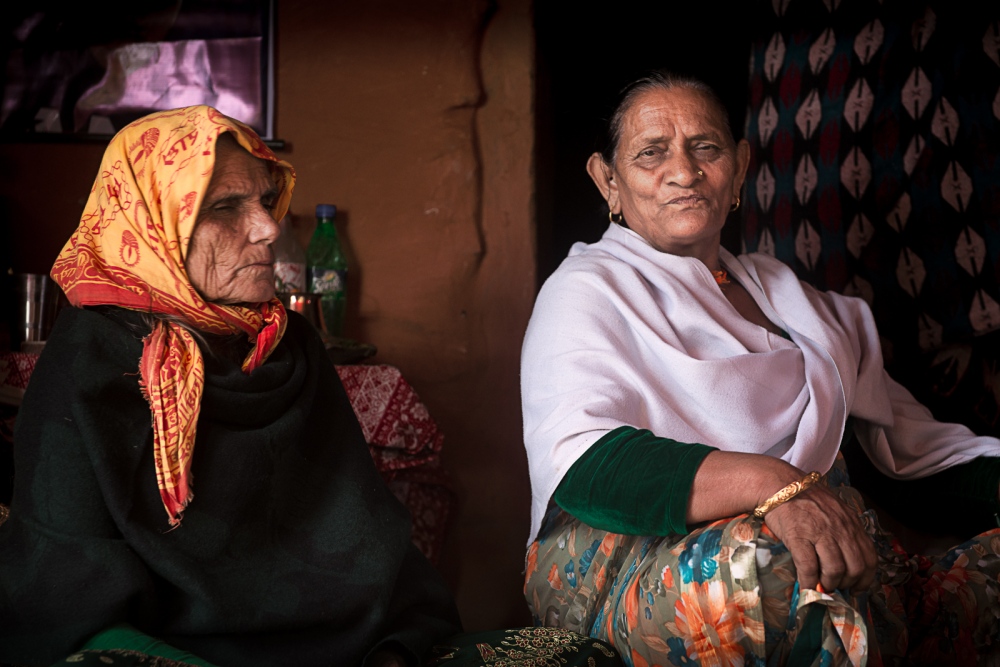 13 of 17 © 2021 Mick Stetson
Nandaâ€™s wife knows the value of these ancient customs, but many of the young people from the village think these traditions are a total waste of time & question their relevance in the modern world. 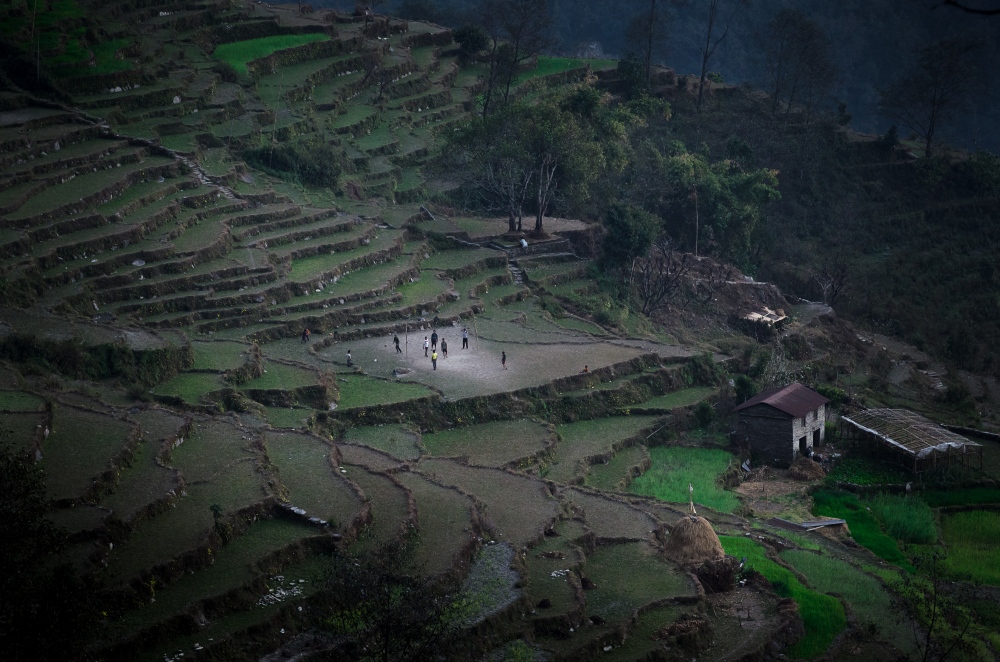 14 of 17 © 2021 Mick Stetson
About 90% of the terraced fields are uncultivated and abandoned. Instead of producing bountiful harvests, the fallow land has become a playground for the few youth who remain in the villages. 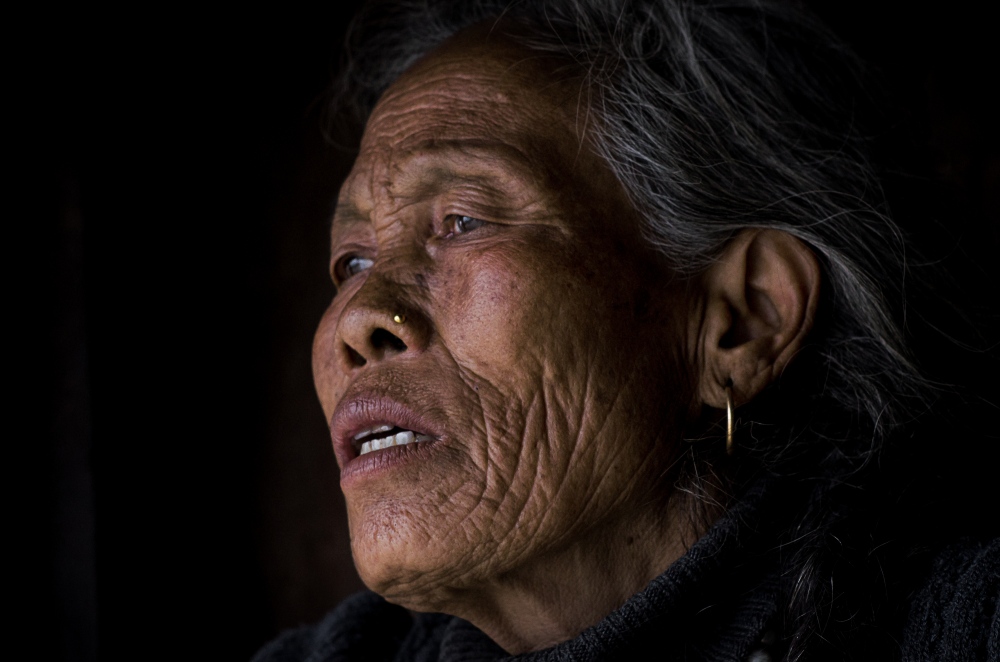 15 of 17 © 2021 Mick Stetson
â€œThe village has changed dramatically,â€ recounts Laxmi Gurung, â€œit used to be bustling with activity and so many people. Now there are few people, and fewer who own buffalos or chickens. The younger generations expect comfort and convenience without working for it. Thatâ€™s why so many of them are leaving.â€ 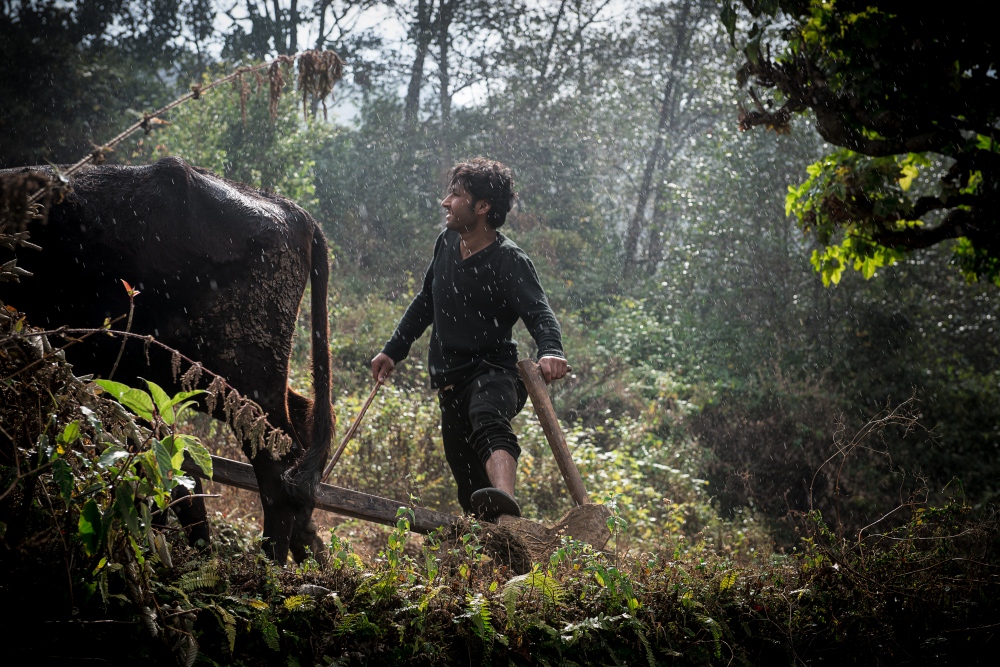 16 of 17 © 2021 Mick Stetson
A light rain falls as Durga Beekae maneuvers his oxen through the fallow land, preparing it for the seasonal sowing of wheat. Durga is one of the few youth who have remained in his village, choosing to follow the traditions of his ancestors instead of working abroad. 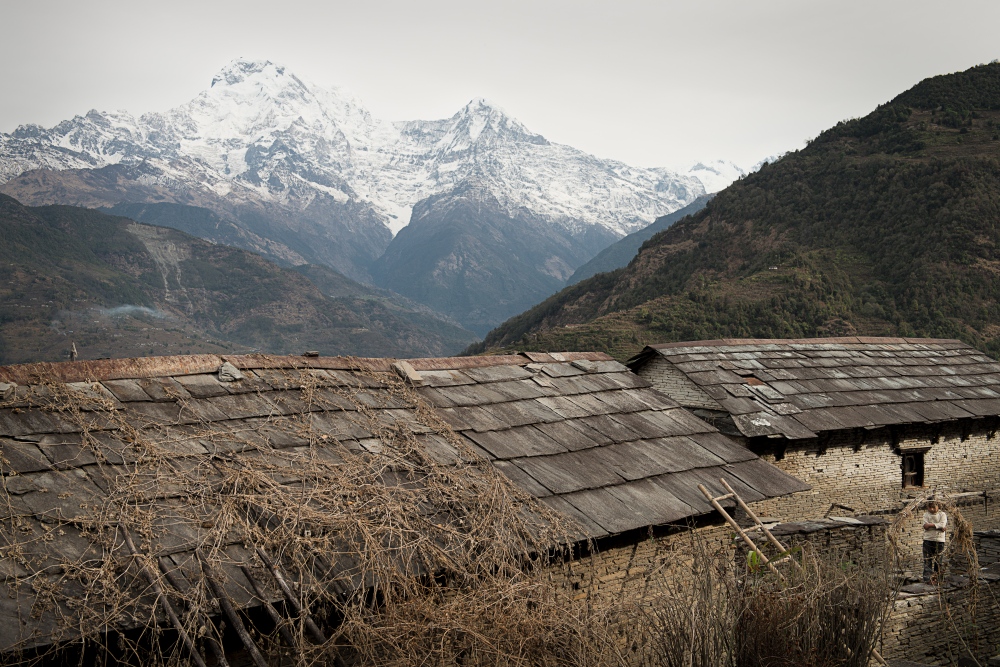 17 of 17 © 2021 Mick Stetson
Some migrant workers report that life was easier in the village. But without tangible evidence, this message is overlooked by the few young people who remain. Will Priya, Pratima and their friends follow the allure of modern society or return to their cultural roots? These are the choices they soon need to make.
Public Story
Ghost Villages
Copyright mick stetson 2021
Date of Work 02/28/15 - Ongoing
Updated 10/30/17
Location Annapurna Conservation Area
Archived as Community, Cultures, Documentary, Environment, Hinduism, Lifestyle, Photography, Photojournalism, Youth

Priya Gurung knows ten people who left her village to work overseas. Today, the young are no longer happy living traditional lifestyles, instead they dream of the success the modern world promises. In Nepal's rural villages, very few people remain. What were once thriving, autonomous villages 30 years ago, are now filled with abandoned houses and uncultivated fields. The tragedy is that the traditions that helped these communities survive and flourish for centuries are at risk of vanishing, taking with them the vast archive of knowledge, expertise and imagination that make up the complexity and diversity of their culture.

Until the end of the 18th century, stateless people (autonomous, self-governed) occupied most of the world's landmass " forests, steppes, deserts, mountains and other remote areas. With the advent of the industrial revolution, state powers needed laborers so they began a large enclosure movement that would eventually enroll stateless people. In Southeast Asia, including Nepal and India, this took place in the late 20th century. The oldest state-building strategy is to establish permanent settlements that pay tribute/taxes to the political center, usually under the guise of "civilizing" the barbarians. It would appear that in our modern era this activity has ended, yet if we substitute other words, like "development," "progress" or "globalization," then it's apparent that the political agenda of the past is still alive today.

My photographic interests are centered on the diversity of people and how they express their unique cultural identities. This project is important because it shows some of the hidden costs of modern industrialization and its accompanying lifestyle. It demonstrates the price of progress, not only of the waste it generates, but also its impact on cultural traditions and identity " in particular, the loss of diverse artistic, intellectual and spiritual expression that collectively defines the human experience as lived until now.

By Mick Stetson / Minamata Japna — Imagine an enemy, bold and brazen, in front of your eyes, yet hidden. The enemy secretly poisons the sea..
Mar 5, 2017

Portrait of an Enemy

By Mick Stetson / Vietnam, Hoi an — Who is your enemy? By which conditions or circumstances is this determined and by whose decree, spoken or..
Mar 5, 2017