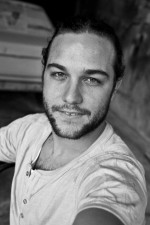 Photographer / Based in Brazil

Sebastián Liste (Spain, 1985) is a documentary photographer and sociologist devoted to documenting contemporary issues and the profound cultural changes in Latin America and the Mediterranean â€“ regions where he grew up and knows well.... read on
About

Sebastián Liste (Spain, 1985) is a documentary photographer and sociologist devoted to documenting contemporary issues and the profound cultural changes in Latin America and the Mediterranean â€“ regions where he grew up and knows well. Currently, he divides his time between Brazil and Spain.

Sebastián specializes in long-term, in-depth projects to create frameworks to reflect on the social consequences of the choices of todayâ€™s decision makers. With his visual projects he aims to generate dialogue and collaboration between subjects and audiences, bringing different world views into confrontation with each other.

In 2010, while he was getting his Masters degree in Photojournalism at the Autonomous University of Barcelona, he won the Ian Parry Scholarship for his long term project "Urban Quilomboâ€, about the extreme living conditions faced by dozens of families who established a community in an abandoned chocolate factory in Salvador de Bahia, Brazil. The same year, Sebastián was named the young editorial photographer of the year at the Lucie Awards in New York. Since then his work has appeared in TIME Magazine, The New York Times Magazine, The New Yorker, The Sunday Times Magazine, Burn, LÂ´Espresso, Photo District News, British Journal of Photography, Daylight Magazine and GUP Magazine, among other publications.

In 2011 Sebastián was selected to participate in the 18th World Press Photo Joop Swart Masterclass in Amsterdam. In 2012 he was announced as the Young Reporter of the Year, winning the City of Perpignan Rémi Ochlik Award at Visa pour lÂ´Image. The same year he won the Community Awareness Award at Pictures of the Year International competition, was named one of the 30 photographers to watch at PDN 30 and received a Citation at the Olivier Rebbot Award. He also received the Emergentes DST Award at Encontros da Imagem Festival in Portugal and an honorable mention at Freelens Festival for Young Photojournalism in Germany.

In addition, he received a Magnum Emegency Found Grant and the Getty Editorial Grant to develop his new project in the Brazilian Amazon.

In 2013, Sebastián received a Fotopres Grant in Spain to develop a new project in Venezuela which resulted in his work "On the inside: Venezuelan prisons under inmate controlâ€. This project will be exhibited at Visa pour lÂ´Image in Perpignan in September 2014. That year he was also finalist at the Eugene Smith Grant and received the Emaho Award at Format Festival in UK.

In 2014, Sebastián received the Alexia Foundation Grant in the US to continue developing his ongoing project about crime, punishment and security in Latin America.

His work is held in the permanent collection of The Sorigue Foundation in Lerida, Spain and at Maison de lÂ´Image Documentarie in Séte, France, as well as in private collections.

Sebastián works on personal projects and is available for photography and multimedia assignments. He is a frequent lecturer on photography at universities, schools and festivals and conducts photographic workshops. Sebastián is currently based in Rio de Janeiro, Brazil, covering stories all over Latin America.

Sebastian Liste is represented by NOOR.