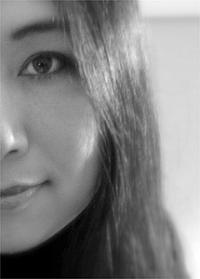 Photographer @ CM2-SCW / Based in US, Taiwan

Sandra's work focuses on documentary photography emphasizing social identity, culture, and minorities. Earlier projects include the Refugee in America, Facets of India etc. She has dedicated, long-term ongoing projects on the LGBTQA, women, refugees, and the American pop culture. Currently she is working on environmental climate change.

Originally from Taipei, Taiwan, Sandra has studied ceramic art and exhibited this work in Japan and the US.  Since 2007, photography has been her chosen art medium.  She has worked and lived in DC, Japan, China  for US State Department and traveled for photo assignments to Europe, Middle East, Turkey, South Korea, Japan and India. Sandra currently resides in Southern California and Virginia.

She has twice been selected to participate in Magnum Workshops in cooperation with Nooderlicht  Photofestival with Stuart Franklin in The Netherlands 2009, and White Chapel Art Gallery with Ian Berry, London 2011. She went on an India expedition with Steve McCurry in 2007.  Her photographic art is greatly inspired and influenced by Henri Cartier-Bresson, Sebastião Salgado, Susan Meiselas.