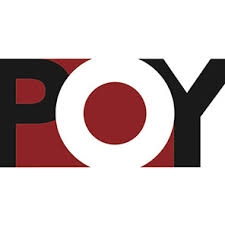 Pictures of the Year

POYi: Pictures of the Year International honors and promotes the work of documentary photographers, magazines, newspapers, and independent photojournalists.

Pictures of the Year International (POYi) is the oldest and most prestigious photojournalism program in the world. POYi began as an annual competition for photojournalism in 1944 and is now an international professional development program for visual journalism. POYi is a non-profit, academic program dedicated to journalism education and professional development, and affiliated with the Missouri School of Journalism. POYi’s mission is to honor and promote the work of documentary photographers, magazine, newspaper, and freelance photojournalists. Through a variety of programs, POYi works to extend the reach of photojournalists and engage citizens worldwide with their images and demonstrates the role of visual journalists in a free press.

POYi’s programs include:
• Pictures of the Year International Competition — An annual contest for documentary photographers and photojournalists worldwide.
• Education & Awards Programs — Career-development symposiums and visual workshops for professionals and college students.
• Visions of Excellence — Exhibitions of award-winning photography for public engagement.
• Emerging Vision Incentive — Funding for long-term projects to aspiring and early-career photographers.
• POYi Archive — More than 38,000 historic photographs online serve as educational and research tools.
Pictures of the Year International is a program of the Donald W. Reynolds Journalism Institute at the Missouri School of Journalism.


Each year, POY recognizes excellence in photojournalism, multimedia, and visual editing. It is committed to engaging citizens worldwide with great documentary work by hosting educational programs and public exhibitions. POY believes it is critical for people to experience your coverage of news events and social issues facing our world. When you enter Pictures of the Year, your work is recognized worldwide and becomes part of our collective visual history.

Pictures of the Year International Competition
POYi’s worldwide competition sets the gold standard for excellence in documentary photography, photojournalism, visual editing, and online multimedia. Each year, more than 48,000 entered works are submitted to the contest by photojournalists from 71 nations who document the news events, social issues, and cultural trends.  During three weeks of judging in February, a panel of 12 prestigious visual journalists serves as jury members during the review at the University of Missouri.  At the conclusion, 240 winners are selected as the very best.  Category topics range from General News, to Sports, to Portrait, and to Issue Reporting in more than 40 categories.  Premier categories honor Photographer of the Year portfolios and in-depth documentary projects. As an educational model, POYi conducts the contest in a transparent, open-judging format.  The three-week review is set in a public forum, with live webcasting, that encourages discussion of the entries and the opportunity to hear both praise and criticism by the jury panel.

Visions of Excellence
POYi develops exhibitions in both print and digital formats that are displayed in public venues such as galleries, museums, libraries, and schools.  The exhibitions extend the reach of photojournalists and offer the public a reflection of the news events, social issues, and cultural trends of the year.  POYi also creates themed exhibitions culled from the POYi Archive on topics such as the Presidency, the Olympics, and the African American experience.  Among the larger venues, POYi exhibits have been displayed in the Newseum in Washington, D.C., the Annenberg Space for Photography in Los Angeles, the International Photo Festival in Korea, the LOOK3 Festival of the Photograph in Charlottesville, and the Louisiana State Museum for PhotoNOLA in New Orleans.

POYi Archive
The POYi Archive contains more than 38,000 photographs recognized as the best in photojournalism since 1944.  The collection is a six-decade historical visual resource for many academic disciplines including history, the arts, anthropology, political science, journalism, and the social sciences.  The archive database is accessible online for public education and research for class projects on history, culture, and lifestyle trends.  Pictures of the Year International Archive depicts a range of topics of historical and social significance from the flag-raising at Iwo Jima to the fall of the Berlin Wall.  Famous photographs in the collection are: Robert Jackson’s 1963 photograph of Lee Harvey Oswald as he is shot by Jack Ruby, Eddie Adams’ 1968 photograph of a Viet Cong prisoner being executed in the streets of Saigon, the 1948 photo of a victorious Harry Truman holding a newspaper that ironically reads “Dewey Defeats Truman.” Eisenhower receiving news that General MacArthur has been relieved of his command. Ellis Island immigrants. John F. Kennedy, Jr. saluting his father’s casket. The assassinations of Robert Kennedy and Martin Luther King, Jr.  Student confrontations in the ‘60s.  Segregation in the South.  Classic images of the space program.  The POYi Archive is a visual record that is unprecedented. The online images are presented as low-resolution photographs to respect the copyrights of the original photographers and/or news organizations.  Individuals or organizations interested in republishing any of the images displayed on the POYi Archive website are urged to contact either the original photographer or the news organization.

POYi began as a photographic contest in the spring of 1944 in Columbia, Missouri when the Missouri School of Journalism sponsored its “First Annual Fifty-Print Exhibition” contest. Its stated purpose was, “to pay tribute to those press photographers and newspapers which, despite tremendous war-time difficulties, are doing a splendid job; to provide an opportunity for photographers of the nation to meet in open competition; and to compile and preserve... a collection of the best in current, home-front press pictures.”In 1945 the Edoms also founded the College Photographer of the Year contest.

CPoY (www.cpoy.org) continues to provide valuable feedback and encouragement to thousands of young photographers, many of whom have gone on to win in POYi.In 1948, following a decision to invite magazine photographers to participate, the Fifty-Print Exhibition Contest became the News Pictures of the Year Contest. Then, in 1957, the University of Missouri and the National Press Photographers Association (NPPA) merged their respective contests. Through this partnership, “Pictures of the Year” was developed and continued until 2001 when NPPA and Missouri parted ways. POYi is now administered solely by the Missouri School of Journalism, with additional financial support from Fujjifilm, MSNBC, National Geographic and by the entrants to the yearly competition.

As the contest grew the overall mission of POYi broadened as well. Today, there are Pictures of the Year Awards' seminars and workshops. Each year's contest is commemorated through exhibits, a book, and this Web site. In addition, the public is invited to participate in on-line voting for its “Best Picture of the Year.”In 2001, the Pictures of the Year International Endowment fund was established so as to provide a firm financial footing as POYi increasingly becomes a center for research and discussion and education.