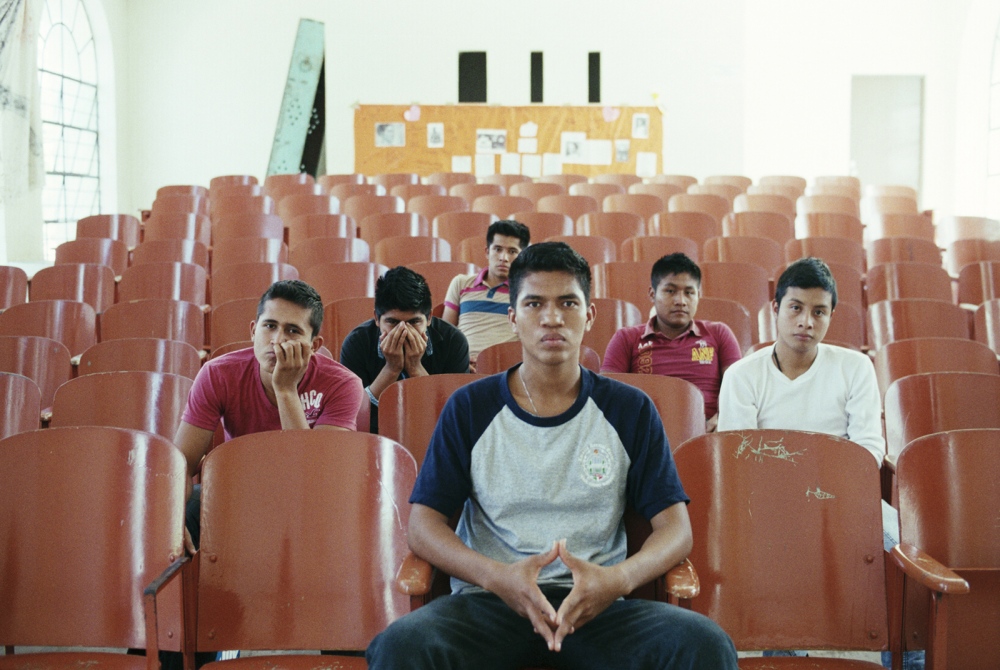 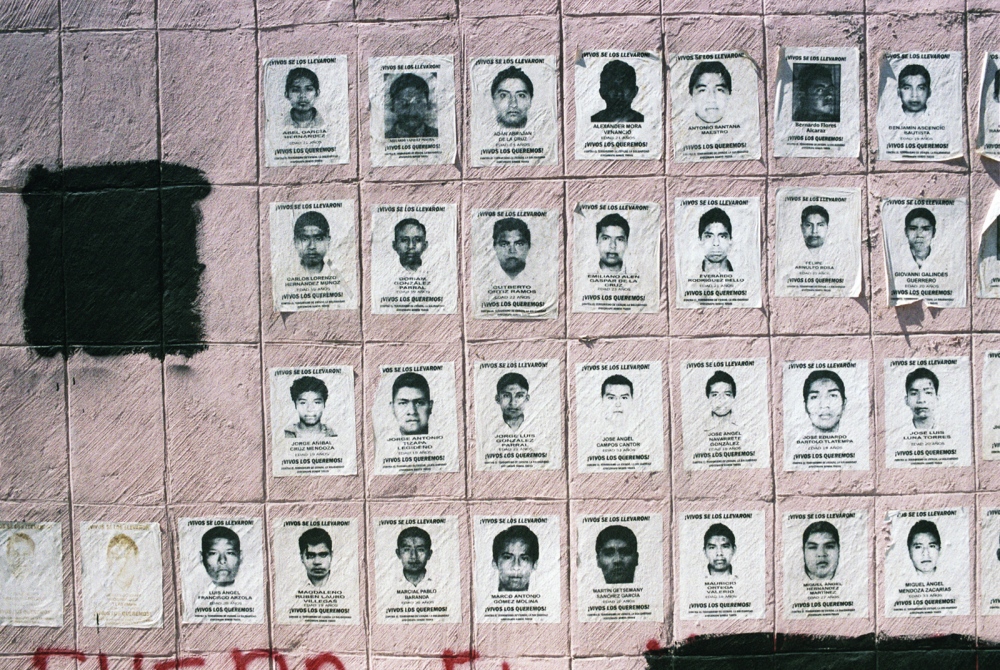 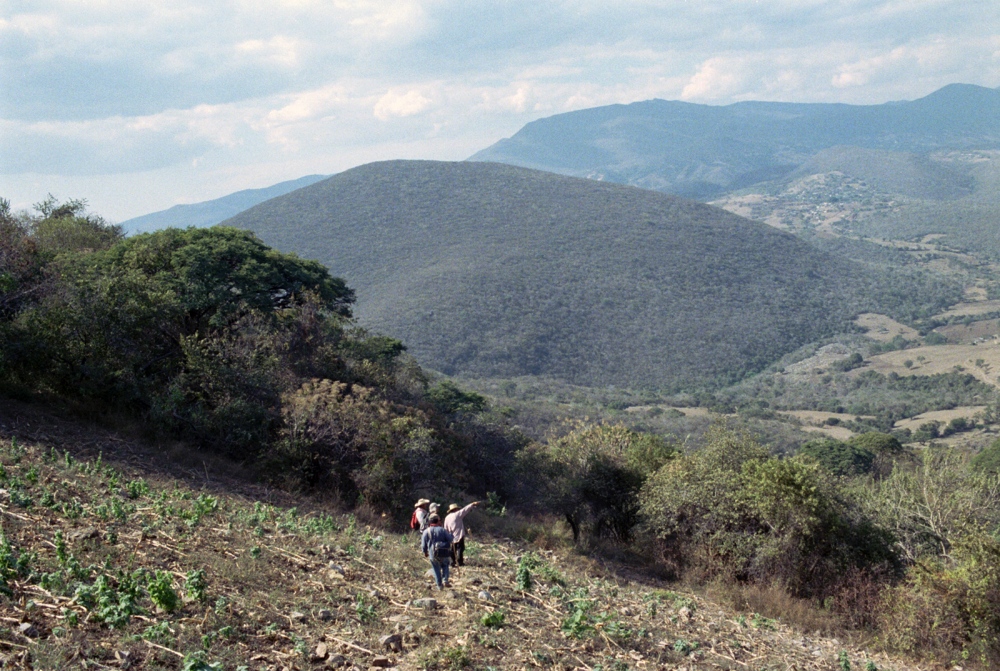 Citizen search organized by families of the 43 missing students in the hills outside Iguala, the city where police abducted them. Huahuaxtla, Guerrero. Mexico. January 16, 2016. 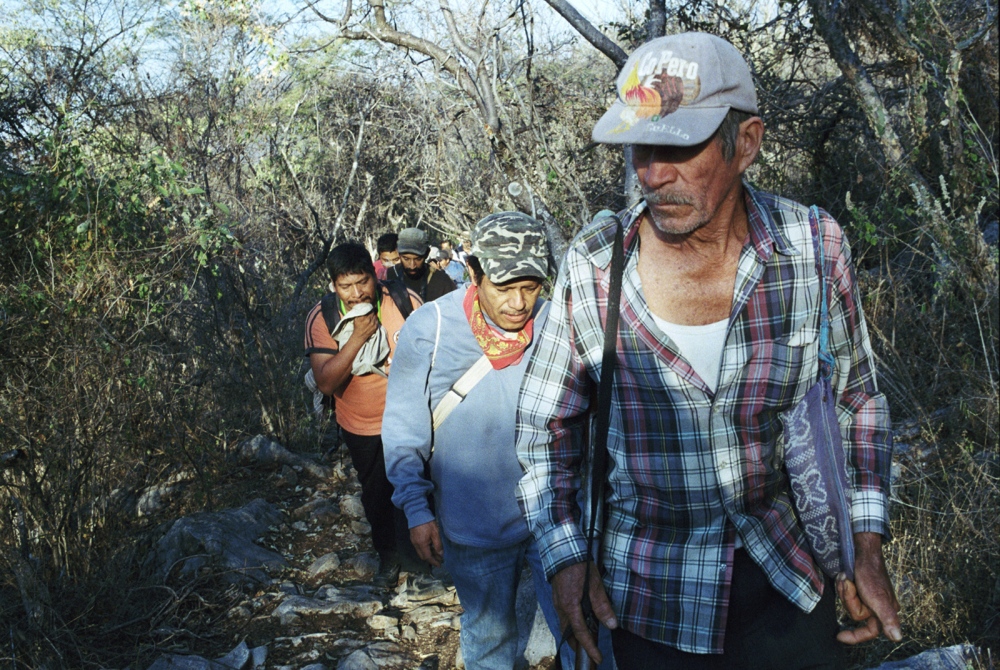 Citizen search organized by families of the 43 missing students in the hills outside Iguala, the city where police abducted them. Huahuaxtla, Guerrero. Mexico. January 15, 2016. 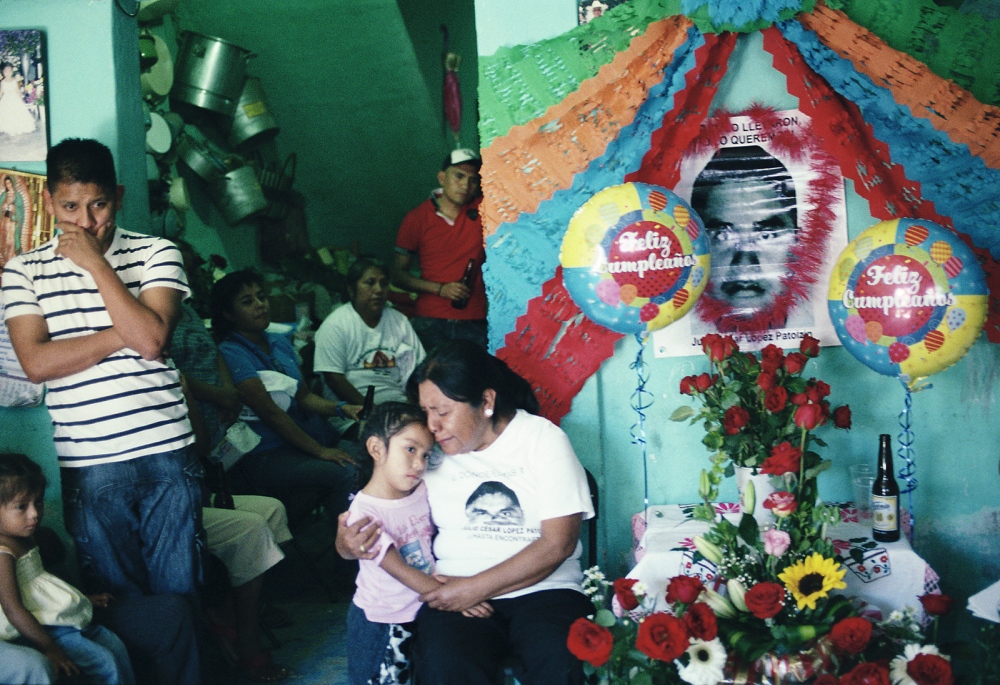 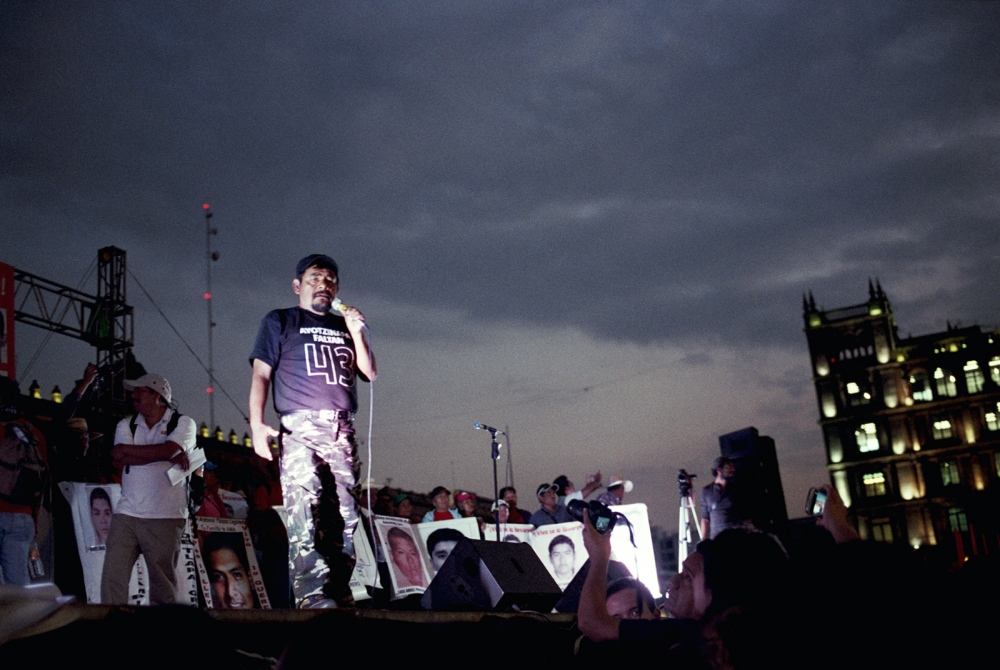 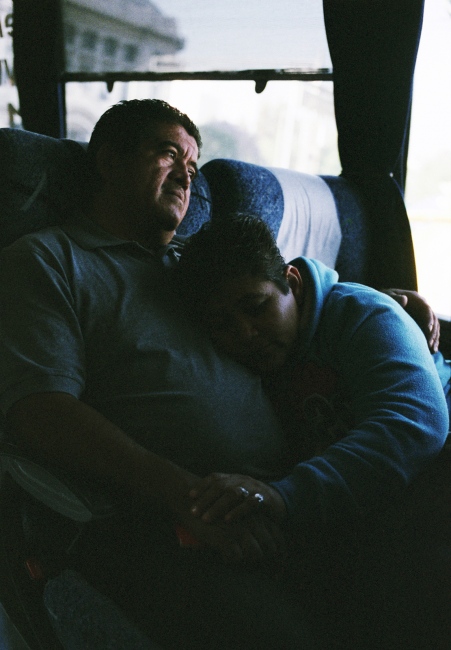 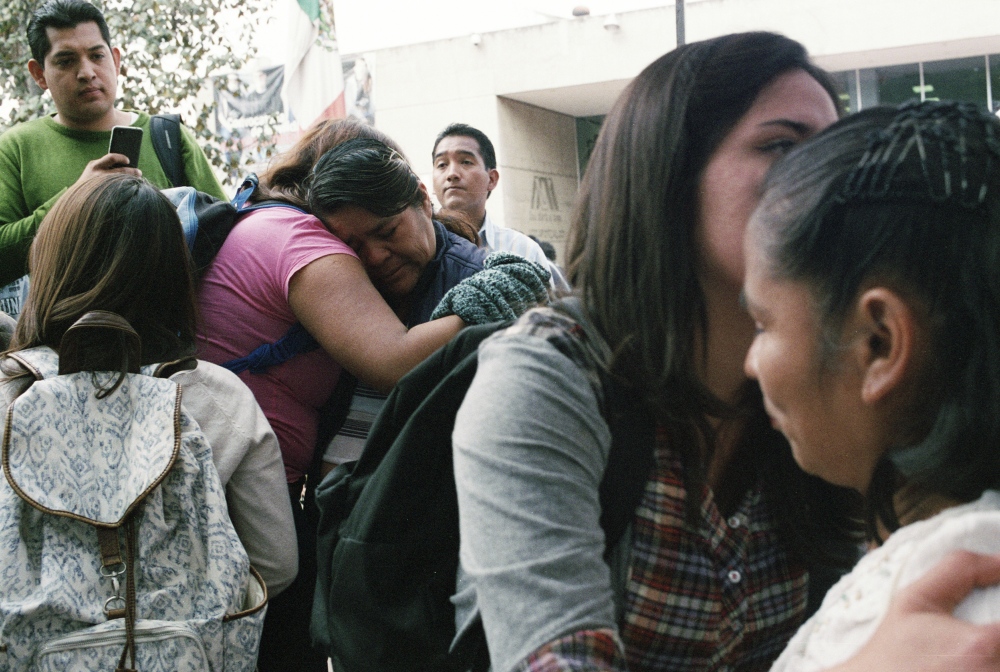 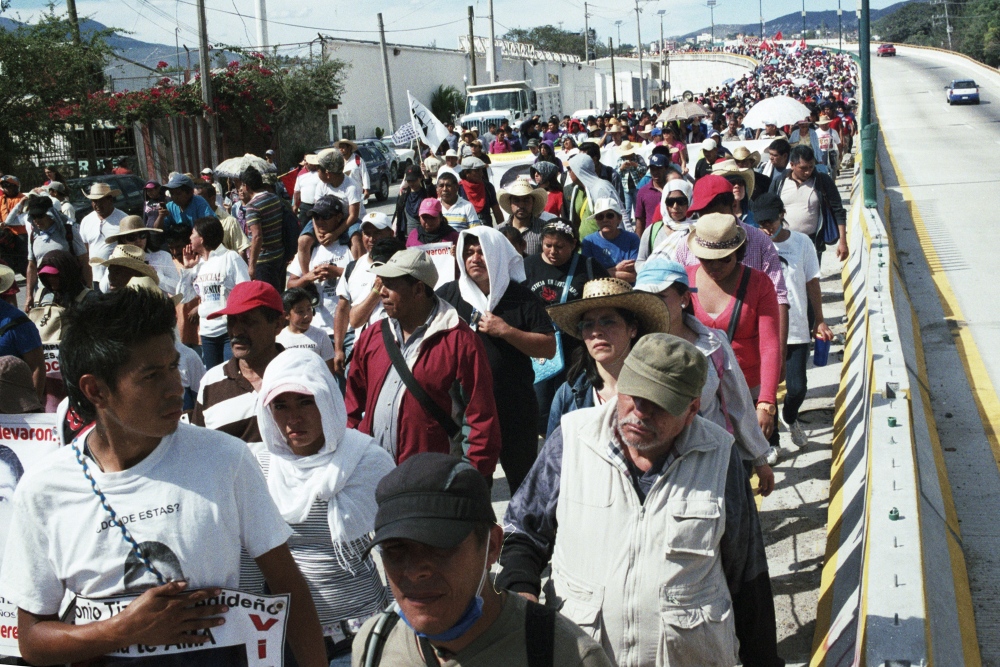 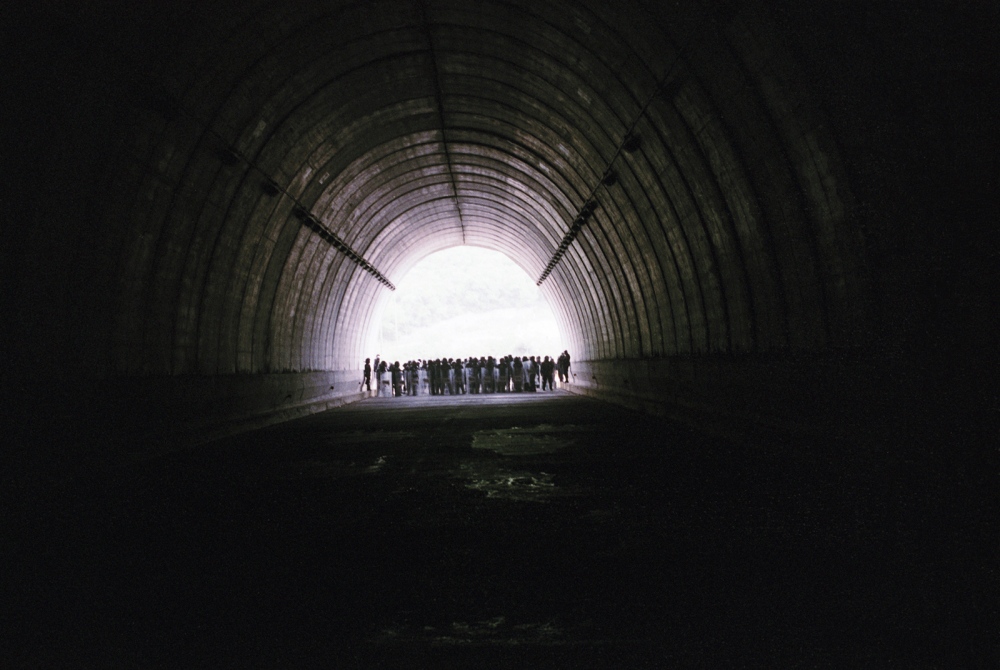 Riot police intercept relatives and classmates of the 43 missing students, who were calling for a boycott of the state elections, en route to a radical protest. Tixtla, Guerrero. Mexico. June 3, 2015. 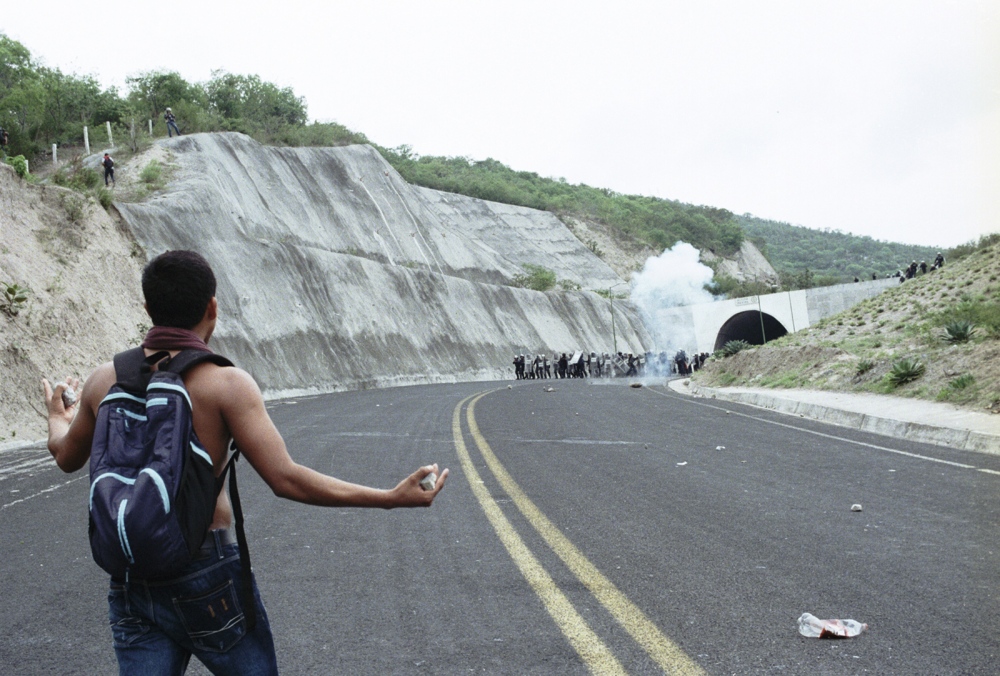 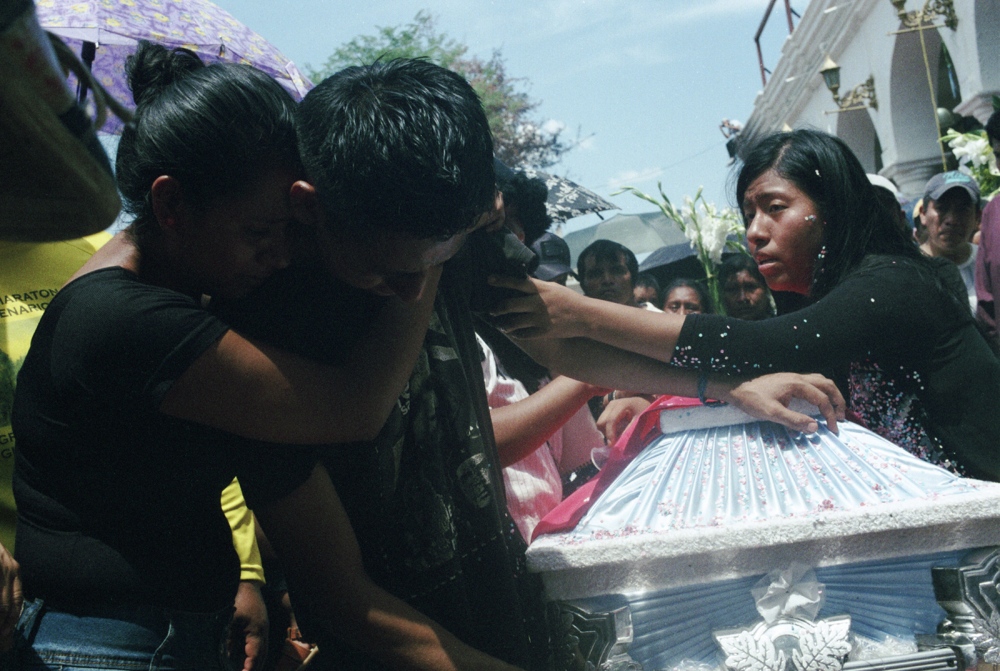 Funeral of Antonio Vivar Díaz, a local leader in the movement for the 43 missing students. Vivar Díaz was shot by a policeman in Tlapa during a confrontation on state election day. Tlapa, Guerrero. Mexico. June 9, 2015. 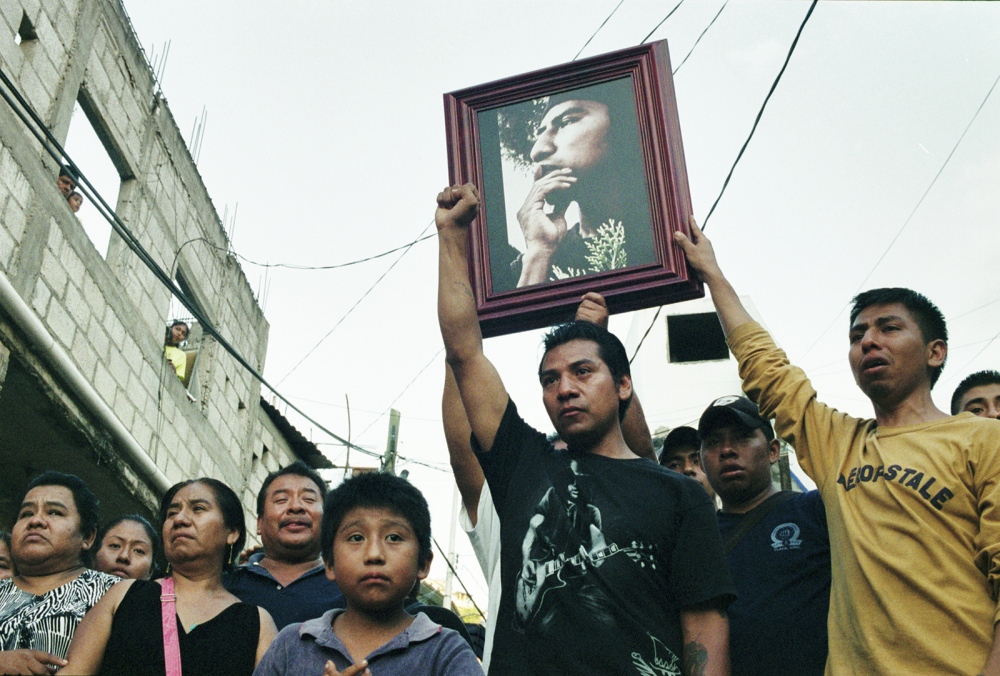 "He fought for you," the family of activist Antonio Vivar Díaz greeted a delegation from Ayotzinapa at his wake. Tlapa, Guerrero. Mexico. June 8, 2015.

Tensions rise in Guerrero as the June 2015 state elections near. Edited by Anna Norris. 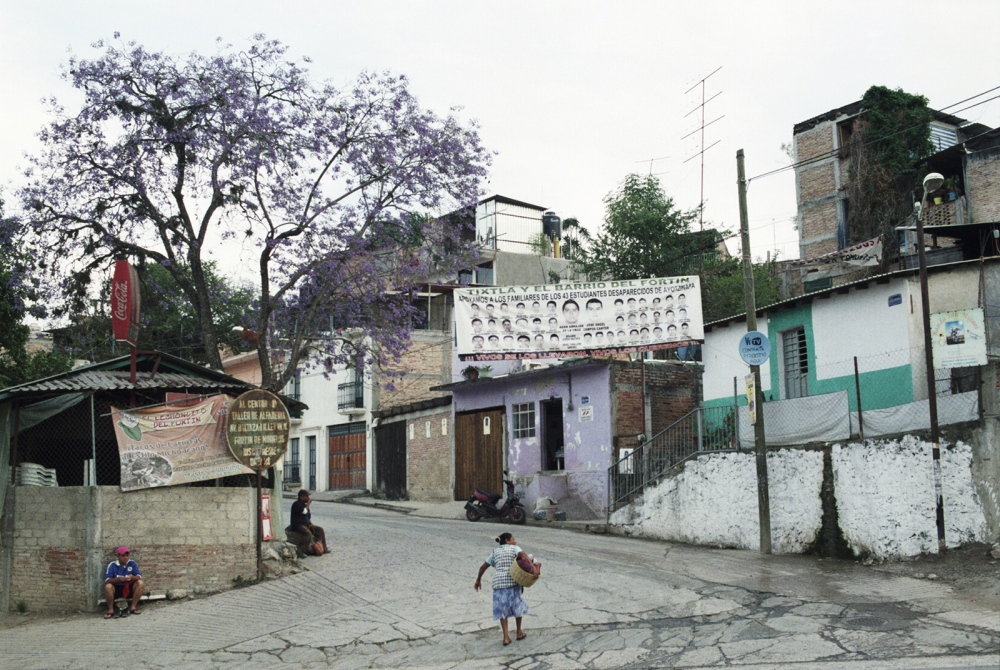 Banner of the missing 43 at the entrance to the Fortín neighborhood in Tixtla, the town where the Ayotzinapa Teachers College is located. It reads, “Tixtla and El Fortín support the families of the 43 disappeared Ayotzinapa students. They took them alive, we want them back alive!” Tixtla, Guerrero. Mexico. February 6, 2015. 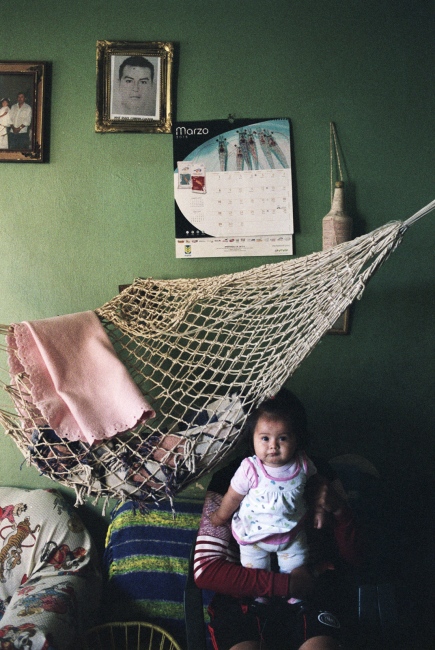 A relative holds Gaby, the baby daughter of missing student José Ángel Campos Cantor. A portrait of him hangs on the wall behind her. Tixtla, Guerrero. Mexico. March 18, 2015. 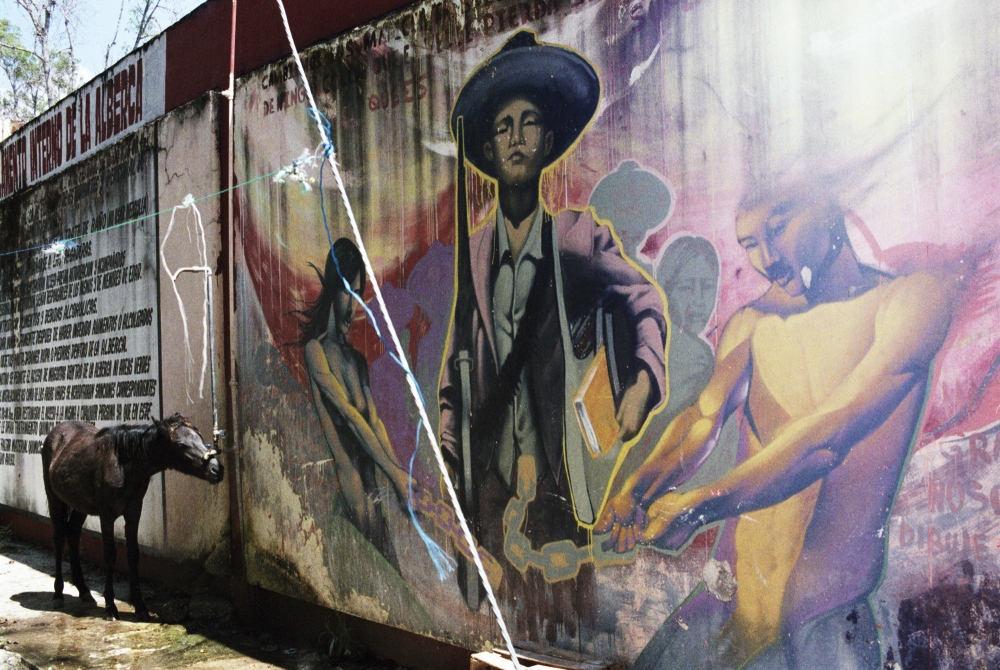 Mural of Lucio Cabañas at the Ayotzinapa Teachers College, where the 43 missing students were studying. Cabañas was a student leader at the school during the 1960s and went on to form a guerrilla group called the Party of the Poor. He died in a shootout with the army in 1974. Tixtla, Guerrero. Mexico. February 11, 2015. 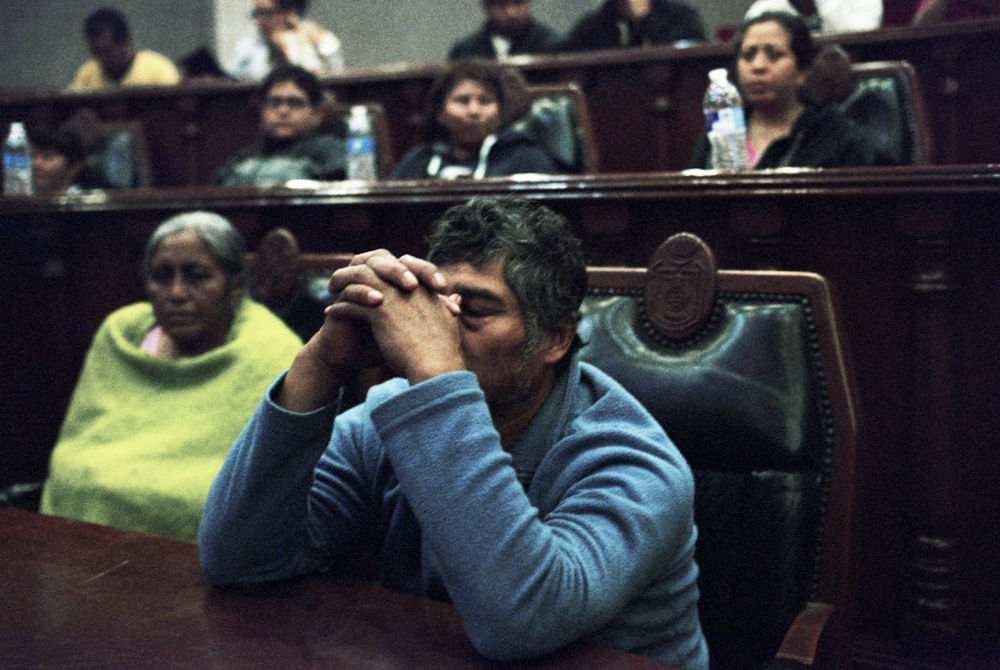 Bernabé, father of missing student Adan Abrajan de La Cruz, at a meeting with the State Attorney General about missing surveillance footage from the night of the disappearance. Chilpancingo, Guerrero. Mexico. March 9, 2016. 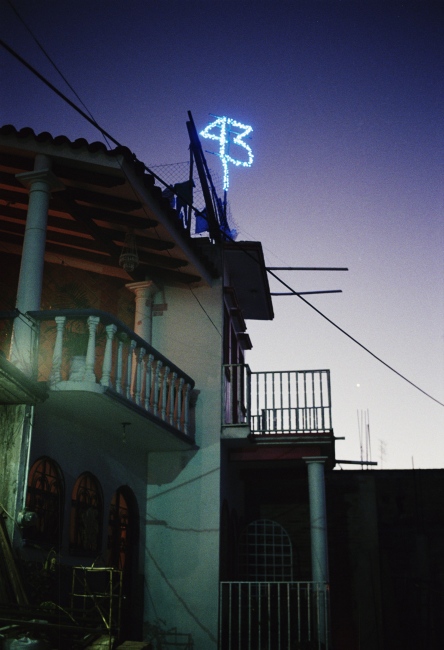 Bringing copies of my newsprint photo essay, Until We Find You, back to the families of the disappeared. March 2016.

On September 26, 2014, a mass disappearance sent shock waves through Mexican society. That night, students from the Ayotzinapa Rural Teachers College were traveling by bus in Iguala, Guerrero when they came under armed attack by police. The series of shootouts left over 20 students wounded and three dead, one of whom was tortured and found the next day with no eyes or face. During the attacks, police abducted 43 of the students. They have not been seen since.

This series follows the aftermath of these attacks for the community of the 43 missing students. The case, which implicated the city's mayor, every police force in the area, and the military, sparked a mass protest movement led by the families of the disappeared. It became an enduring symbol for Drug War corruption and the more than 26,000 missing people across the country. Despite the outcry, inconsistencies and deception in the government’s investigation have pointed to a coverup, and the students’ whereabout remain unknown.

Like the families of other missing people across Mexico, the loved ones of the 43 students are consumed and tormented by uncertainty. They have no body, no answers, no justice, and no closure. Three years later, they continue to demand accountability and search for their missing sons.

By Emily Pederson — On New Year's Day, 1994, the world awoke to news of an uprising in southern Mexico. The Zapatista Army of National Liberation, an indigenous..
Jan 13, 2018

They Took Them Alive

By Emily Pederson — More than two years after 43 students disappeared from Ayotzinapa in Mexico, their loved ones still seek justice and closure. Directed by..
Jan 8, 2018

By Emily Pederson — Off the last stop on the L, a rush of trains, buses, chaotic crowds and light. This place is called Canarsie. Shot for Newest York in summer 2017.
Jan 5, 2018

By Emily Pederson — Just before Christmas, 1997, 45 unarmed refugees were murdered by a paramilitary group in the village of Acteal in Chiapas, Mexico. The Acteal..
Jan 5, 2018