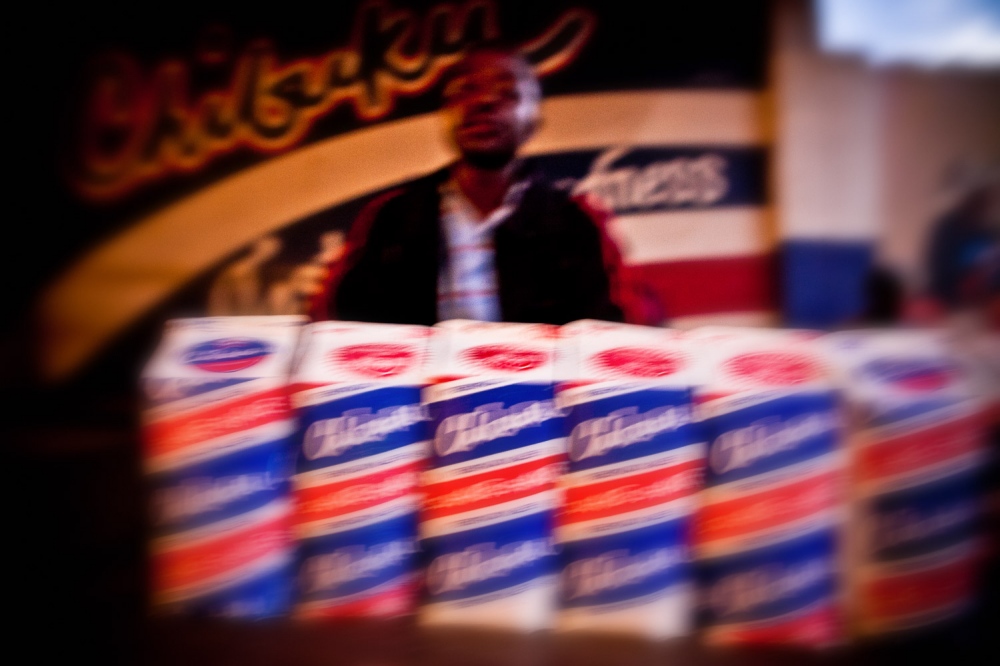 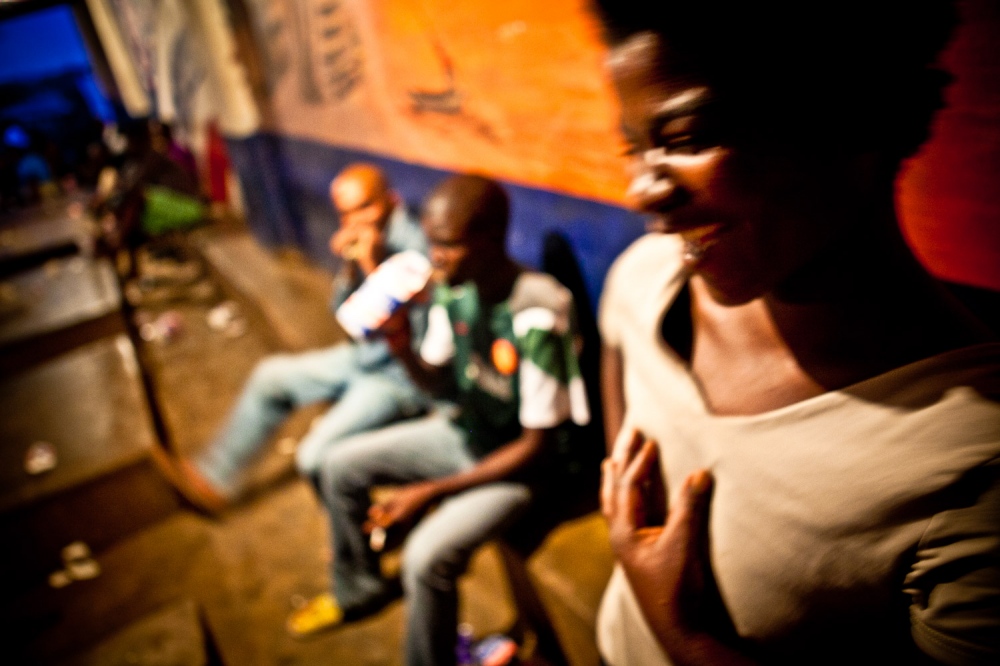 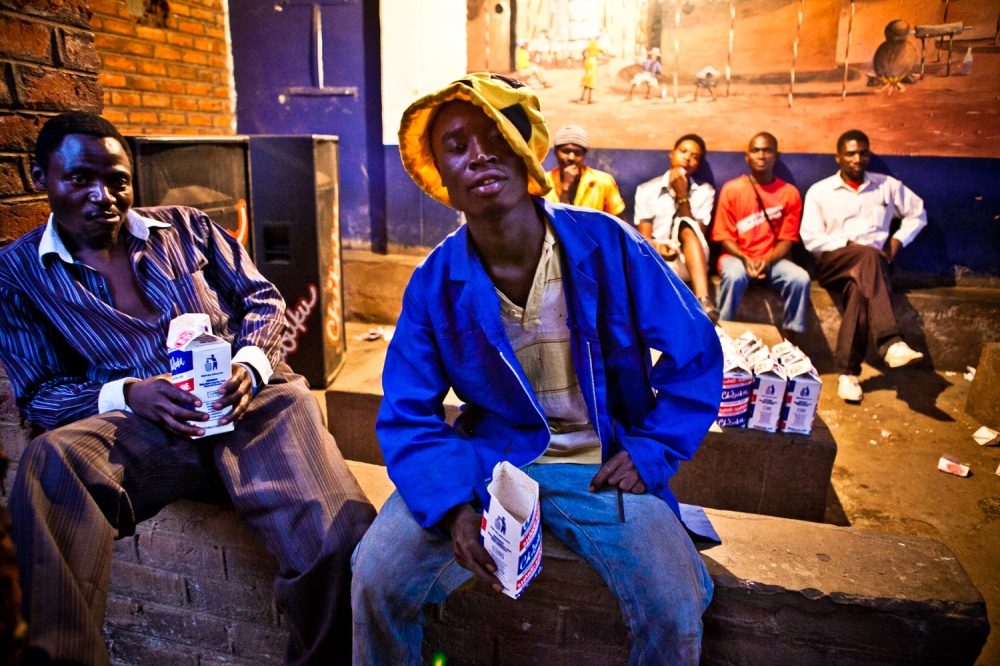 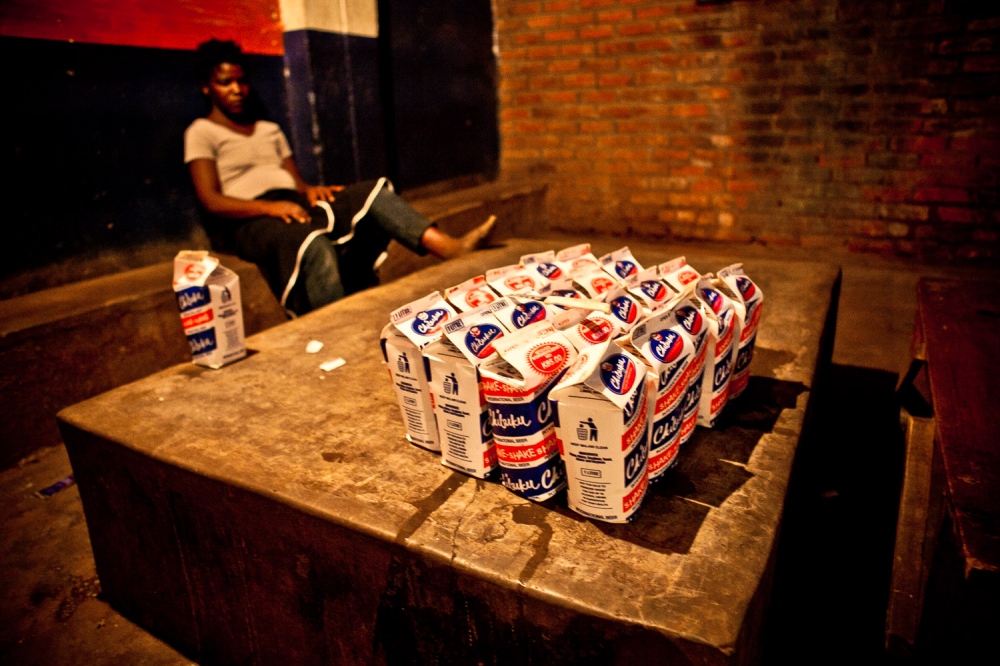 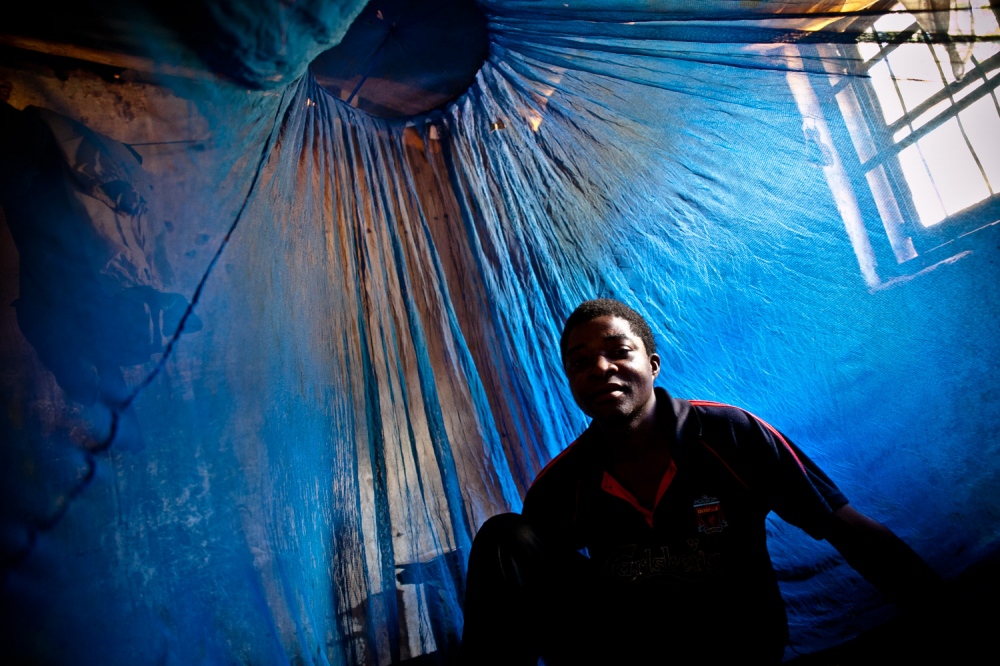 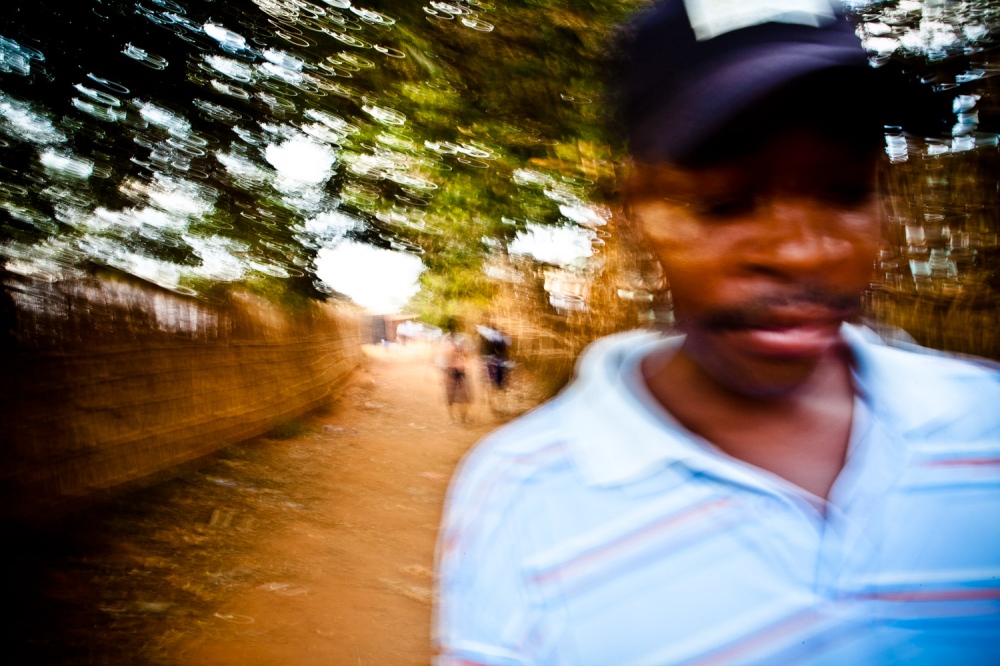 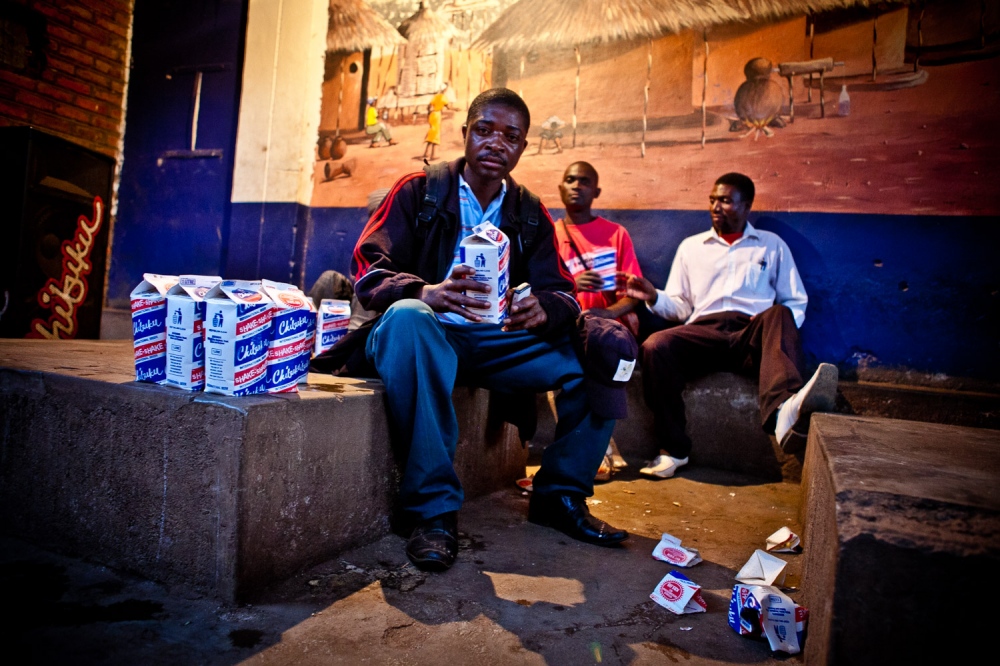 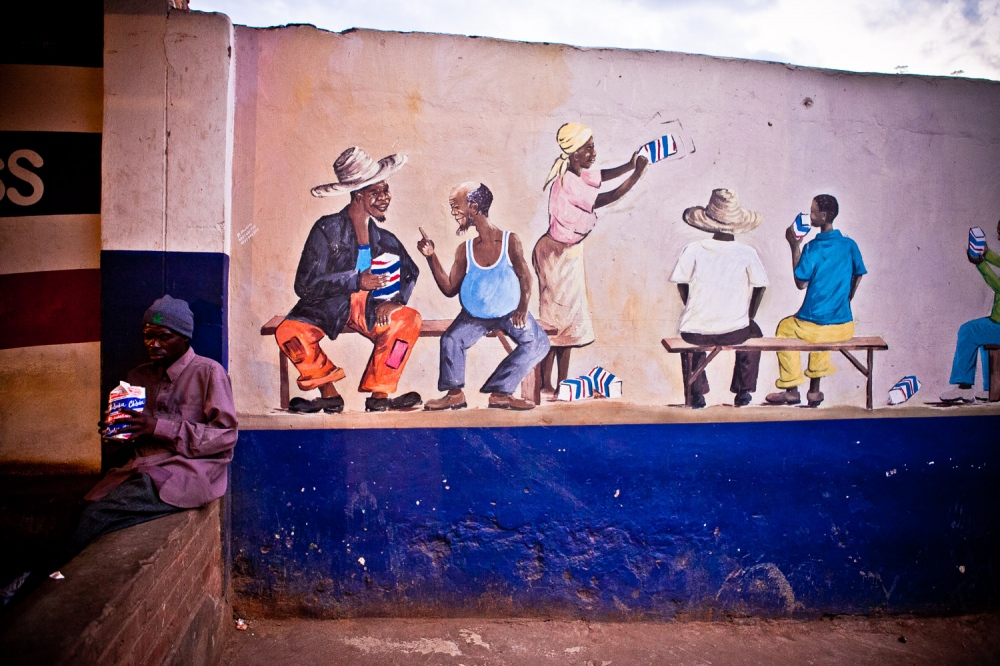 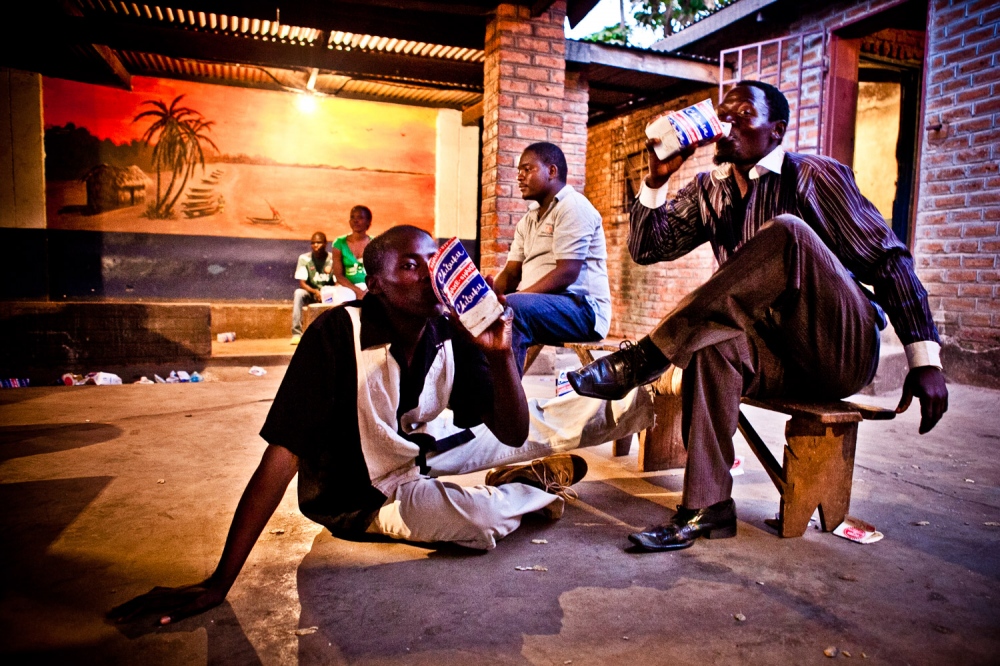 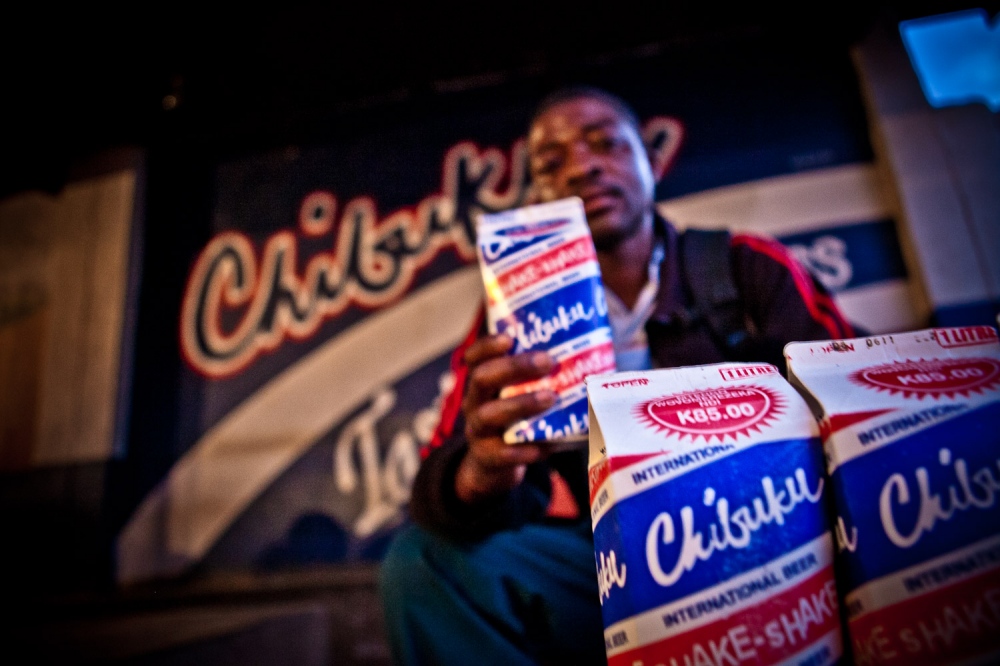 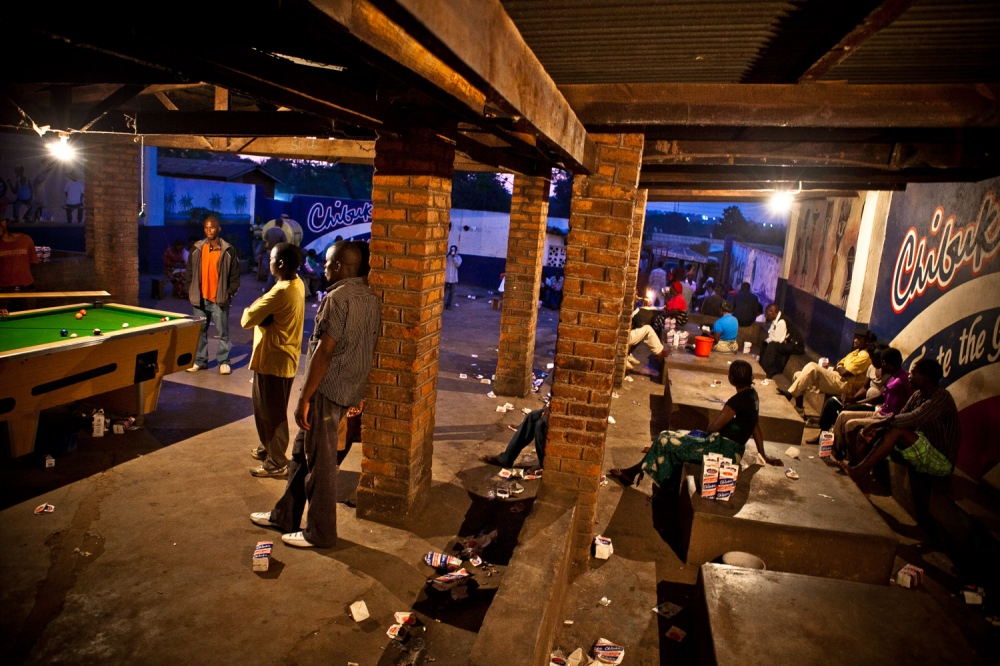 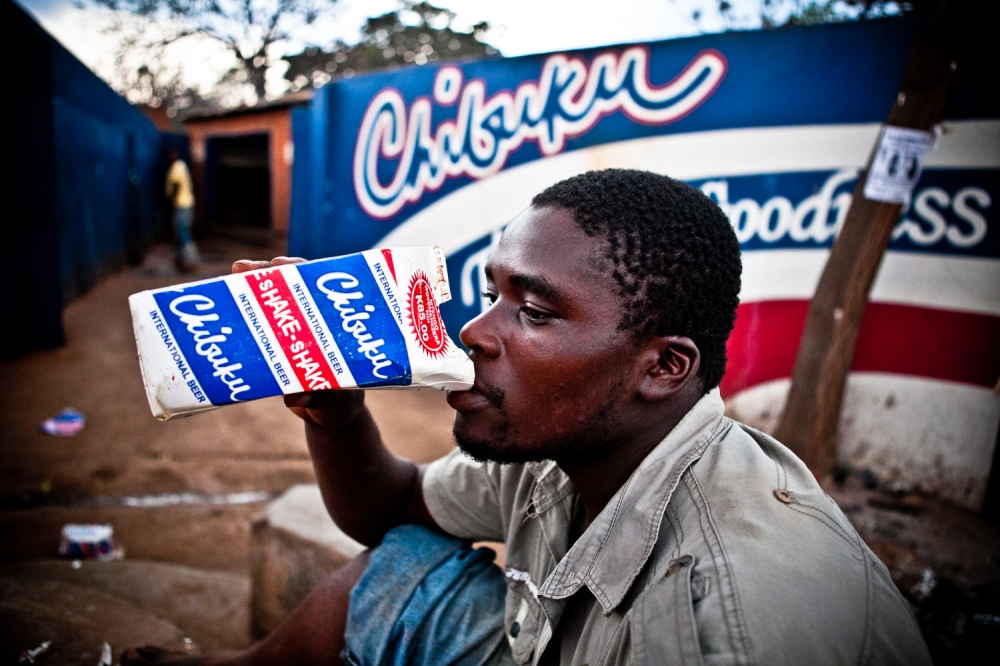 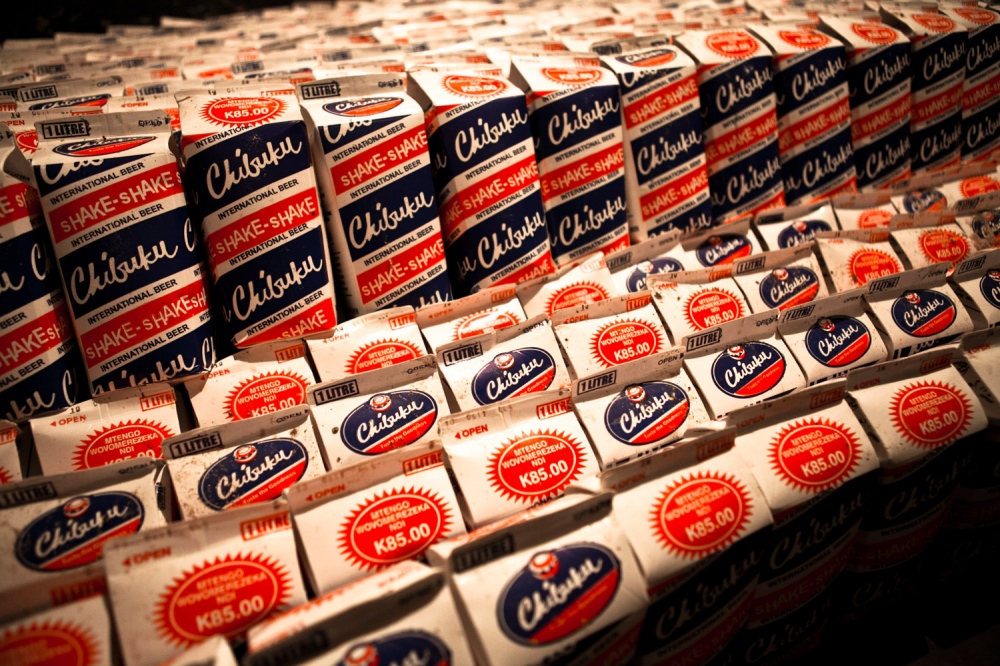 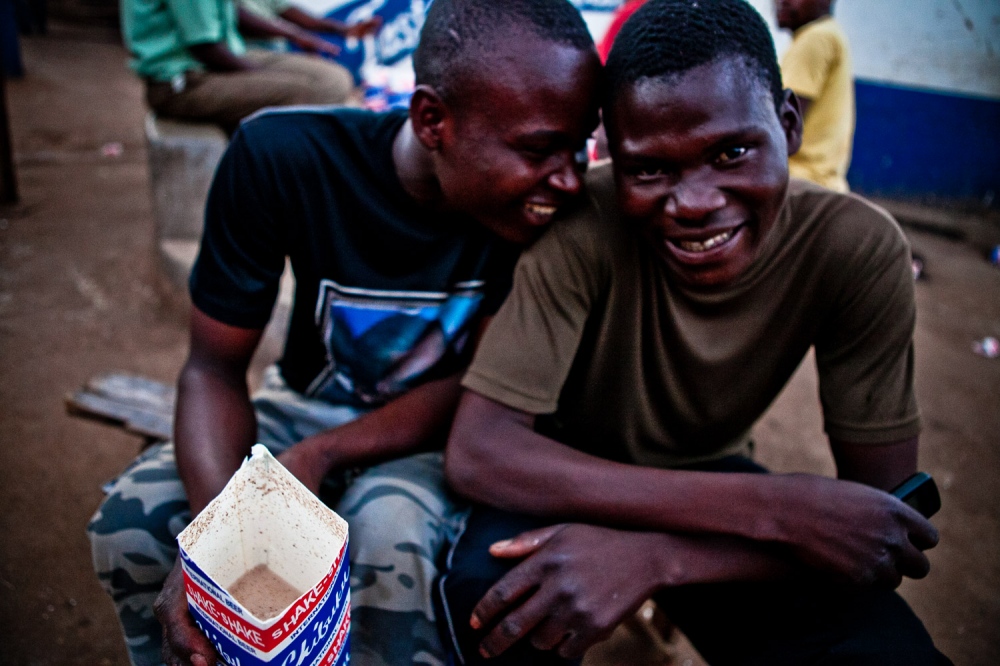 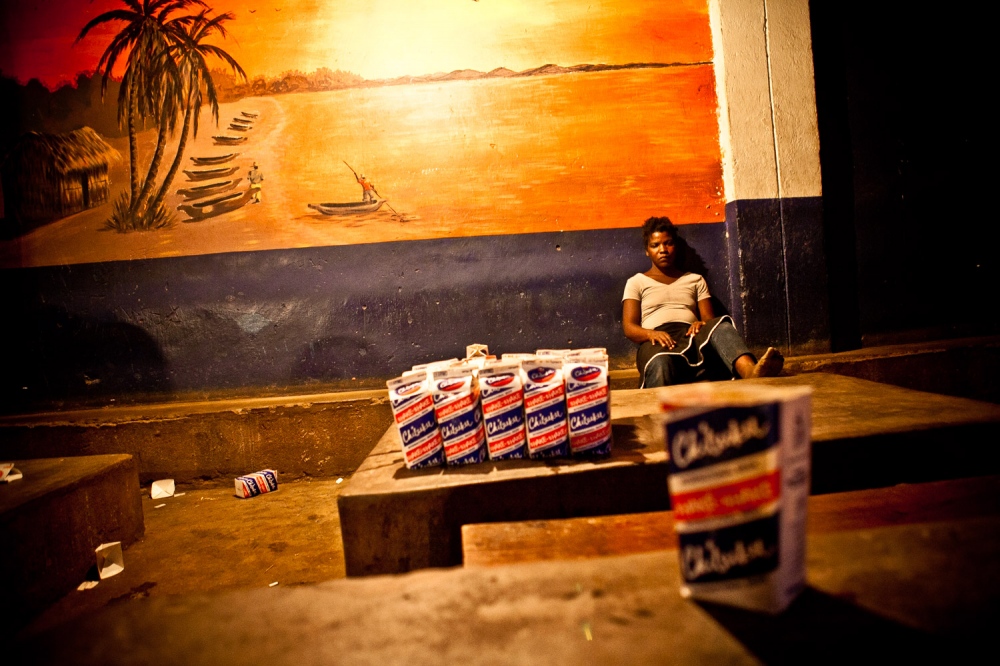 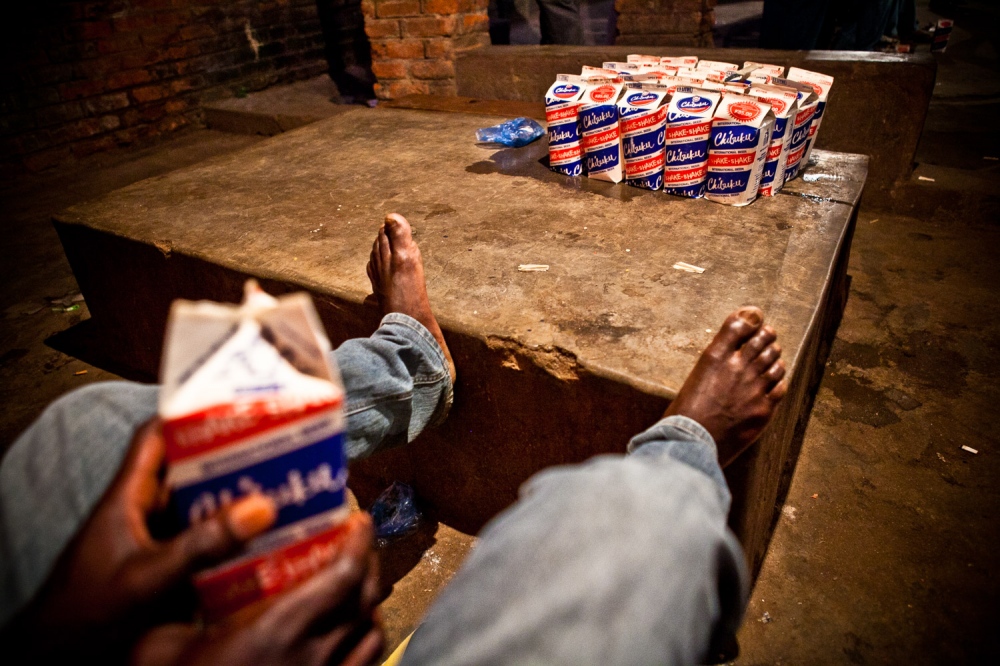 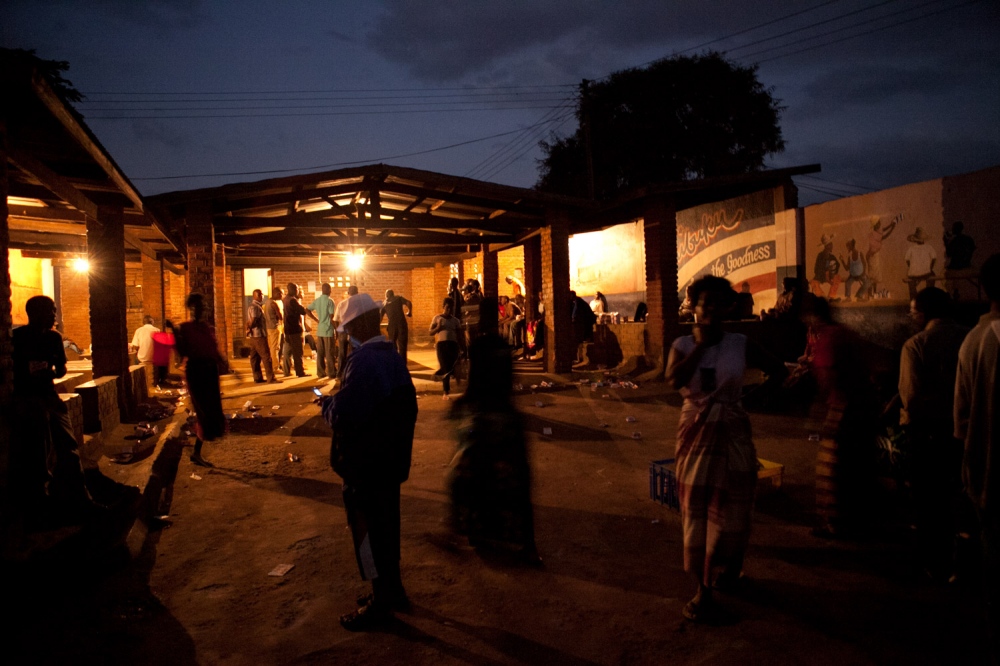 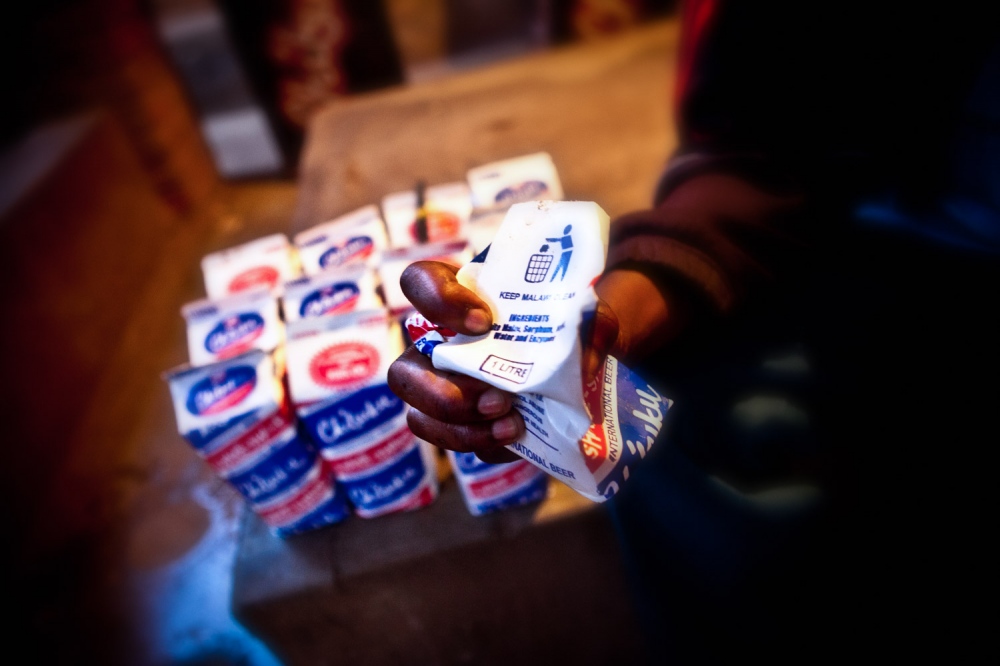 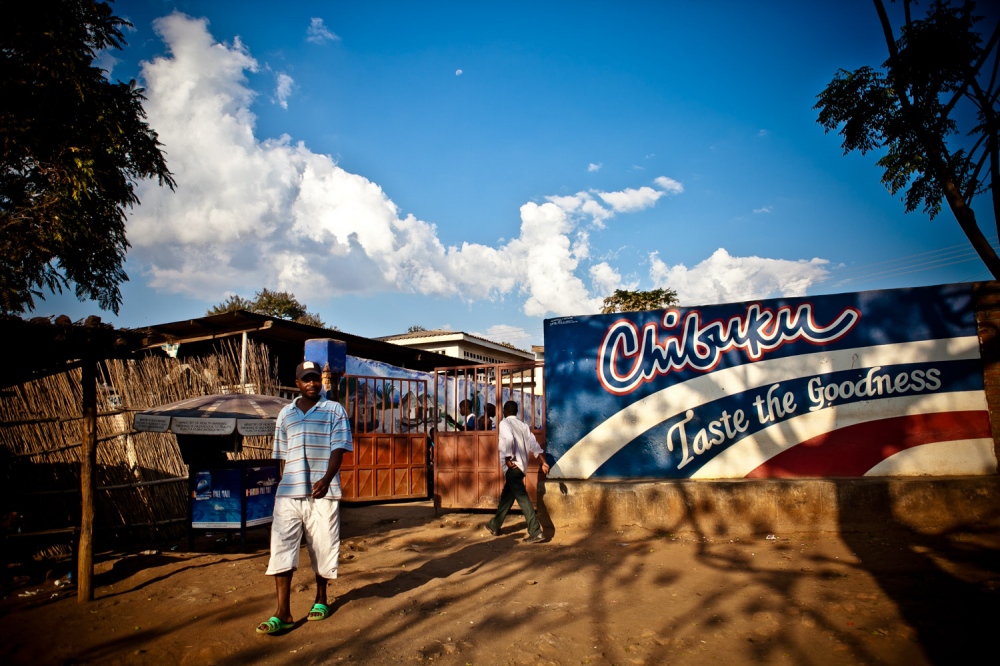 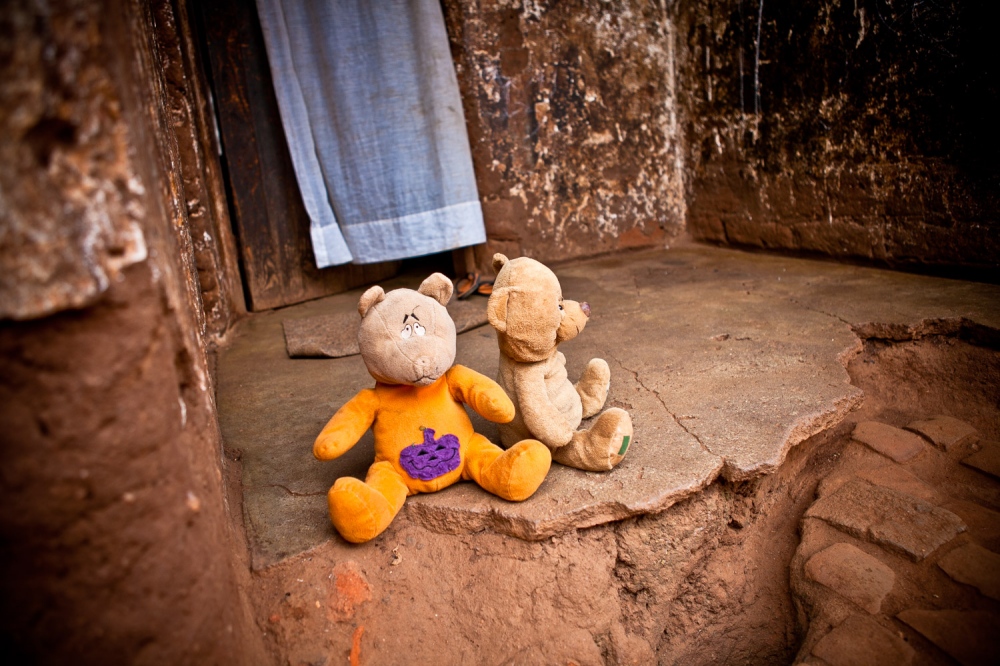 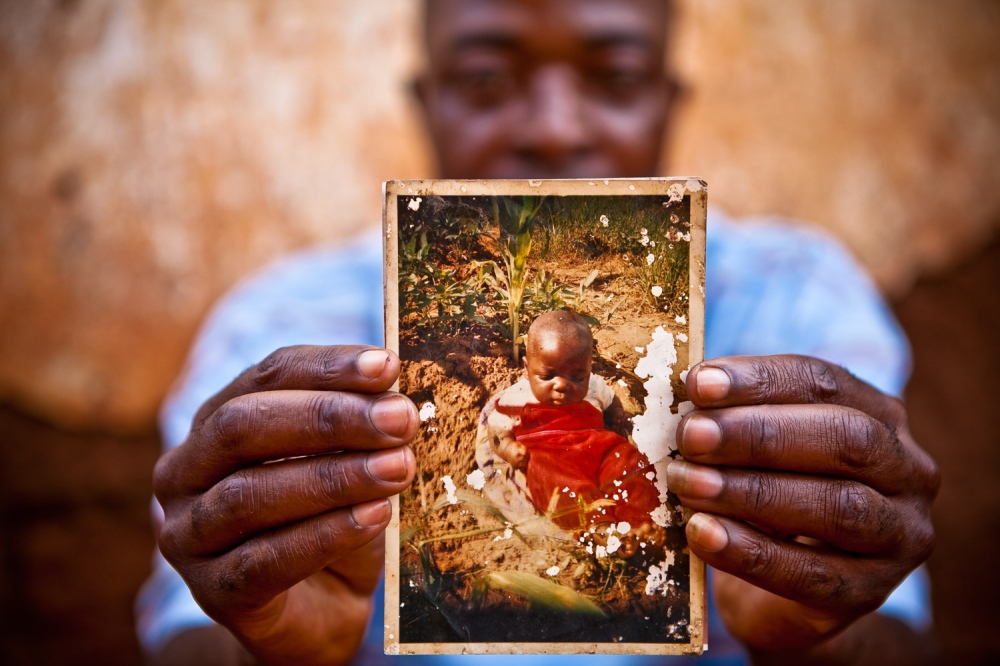 Wellington, 34 years old. Married with Elube, 28 years, they have 3 children 10, 6 and 3 years old.
Since 2008 he has worked at City Lilongwe Assembly for roads maintenance, with a monthly salary of 8.100 kwacha, about 35 euros. In early 2011, however, W. has incurred a debt of 50.000 K to cover the expenses of his uncle funeral (in Malawi, as in many African countries people who work and have an income, have to contribute the costs of family members and relatives); the repayment is deducted directly with a payroll of 5.375 K / month. What remains is just enough to pay the rent of 2.500 k / month, 2 rooms of a decaying house.
Finished the secondary school Wellington wanted to study to become a Catholic priest, but the lack of money from his family forced him to leave the village in the district of Ntcheu to find out a job in the capital of Malawi, Lilongwe.
After finding his first job, a private business in the sale of salt, W. began drinking at the age of 18: first of 5 brothers, the responsibility to help his family, was too strong for him that was still a boy.

The local beer Chibuku, for the cost of a few tens of eurocents, and so easily accessible, was a way to redirect the mind from all thoughts and problems.
When Wellington finishes working around 4pm, goes home, washes, then goes to one of the many bars that are in the area where he lives. This all days, from monday to sunday.
At the end of the month he may spend even 2.000/2.500 K for beers, ¼ of his current salary, almost the cost of the house rent; when he has not money his friends can offer for his Chibuku.
In 2001 at the request and hard-pressed of his wife, W. tried stop drinking: he was almost successful, but when at the end of the year his wife was due to return to her village for few months, far from his family, loneliness has reported Wellington on the road of alcohol.
Today Wellington is trying to stop.... he feels stronger and better man, husband and father.

By Paolo Patruno — EDC - Education Development Center. Kigali, Rwanda. Nearly 40 percent of Rwanda’s population is between the ages of 14-35. Every year there are..
Jan 12, 2018

Birth is a Dream - Multimedia

BIRTH is a DREAM

By Paolo Patruno — In 2011 I started my " BIRTH IS A DREAM " a documentary project which aims to document and raise awareness about  maternal health..
Sep 16, 2016

By Paolo Patruno — 500miles - Lilongwe, Malawi. 500miles is a Charity that supports amputees and other disabled people in Malawi and Zambia, mainly focuses in..
Sep 16, 2016

By Paolo Patruno — WFRM DRC - Bukavu, DRC. The World Family of Radio Maria is a non-governmental organization (NGO) and its founding member is the Italian..
Sep 16, 2016

By Paolo Patruno — FEDOMA  - Federation of Disability Organisations in Malawi Lilongwe, Malawi. In Malawi, people with disabilities are among the poorest of..
Sep 16, 2016

By Paolo Patruno — SEPARATED at BIRTH - Cameroon. 2014 "I can’t really forget that day, a lady from the social service came in and said firmly “Madame today we..
Sep 13, 2016