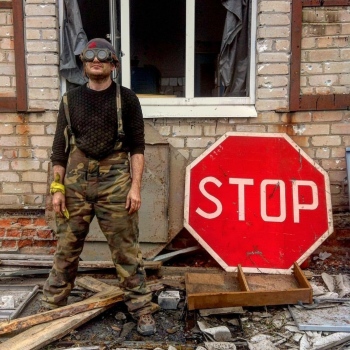 Photojournalist and Documentary Photographer / Resident of Ukraine since 2014 / speaking Ukrainian and documenting the war in Ukraine for The Wall Street Journal @ represented by Redux Pictures / Based in Kyiv, Ukraine

Christopher Occhicone is a documentary photographer and photojournalist based in Kyiv, Ukraine for the last 14 plus years. He covers general and breaking news, as well as the war in Ukraine. For more than four years, he has been working on an ongoing  long term project about the effects of the leftover Soviet interntat (orphanage) system in Ukraine.

A regular contributor to  the Wall Street Journal and Bloomberg News,  Chris is represented by Redux Picture Agency, and a member of the Visura Guild.

Chris earned a bachelor degree in History from Fordham University in New York, and Masters in Public Health at Harvard University. He participated in the Missouri University Workshop, and the Eddie Adams Workshop—and obtained a Conflict Resolution Certificate at Seton Hall University. Previously, he taught in Poland and Italy.

His project Fringe was a finalist for the 2014 LensCulture Magazine Visual Story Telling Award and  was screened at the Visa Pour L'image photojournalism festival. The project was also featured in the 2015 alumni show at the International Center of Photography, which I co-curated.