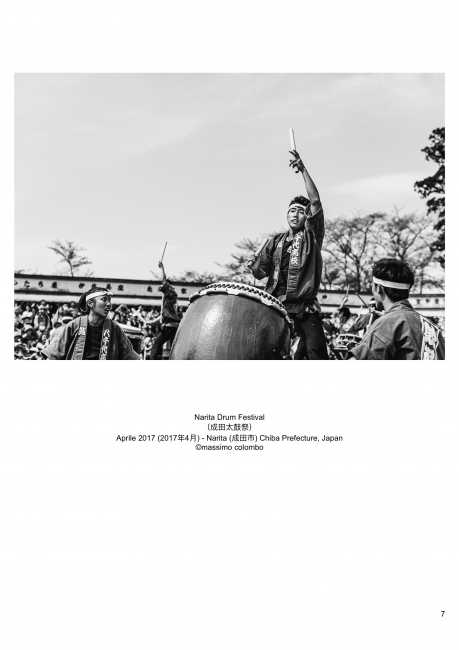 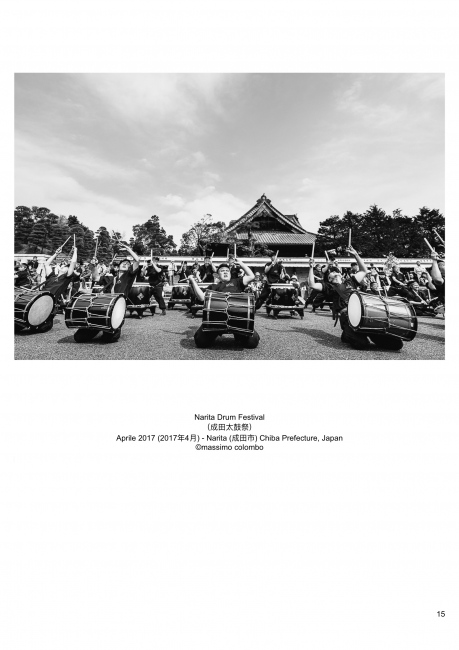 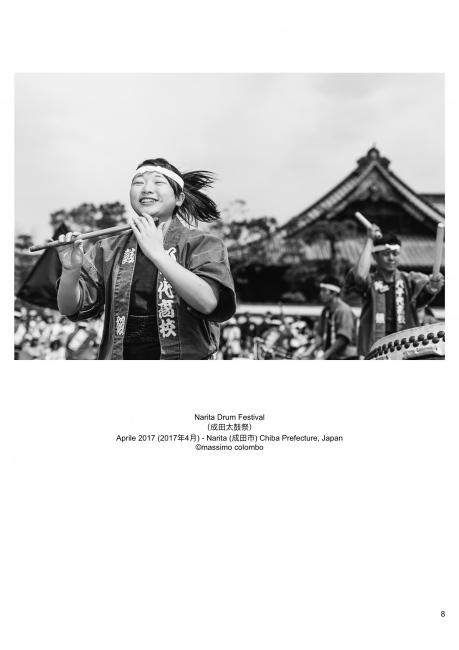 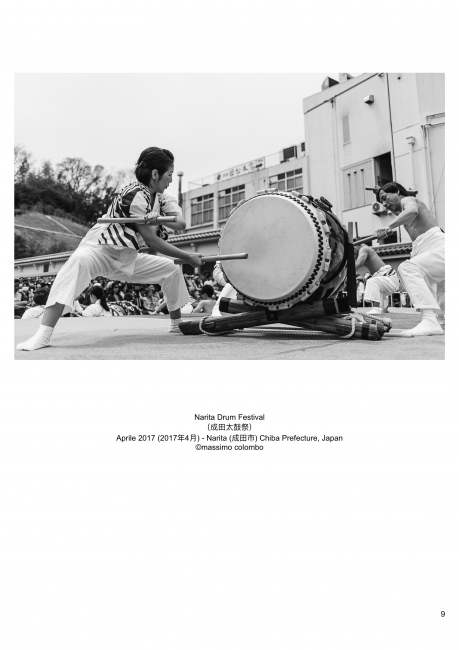 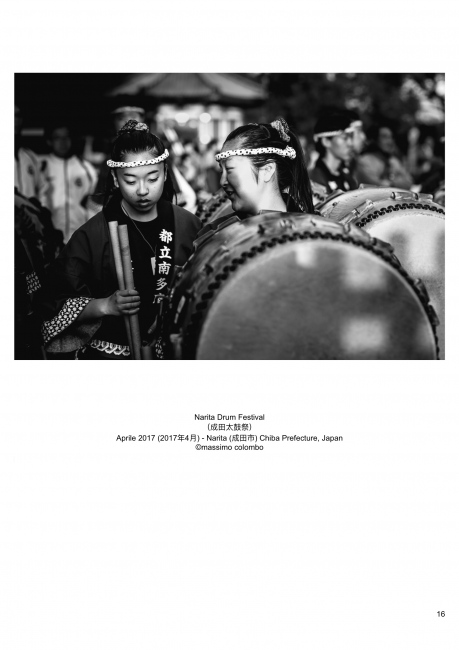 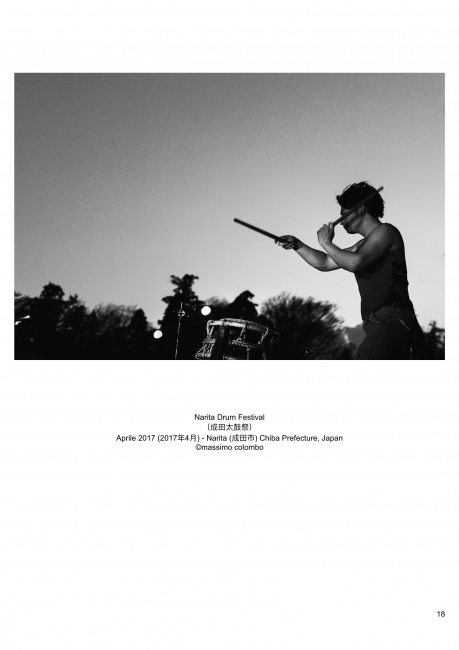 News
My work-event in Narita, Chiba, Japan.
massimo colombo
Apr 1, 2018
Narita Drum Festival（成田太鼓祭）Aprile 2017 (2017年4月)My work (http://massimocolombo.visura.co/narita-drum-festival)This festival is one of the biggest drum festivals in Japan and it is opened at the Naritasan Shinshoji Temple and on the Omote Sando Street in Narita, the Chiba region, Japan.

"The Narita Drum Festival begins, every year in April, with a deafening silence of a thousand people, then the sound of a flute, still a fraction of silence and about 800 players start beating on the skins of the Taiko (Japanese drums) in unison.

All the Omote Sando Street that starts from the Narita train station stop at Naritasan Shinshoji Temple comes to life, a dozen boxes scattered along the edges of the street are ready to host the afternoon sessions with the Taiko performed by groups of Fudendaiko.

And while the sun sets in front of the Naritasan Shinshoji Temple, the evening concert begins - the last effort as the Taiko Drums salute the audience, mother nature and the pagan gods."

Portrait of a farmer in the city of Lecco, Lombardy, northern Italy, during the COVID-19 pandemic.

Collective project about pandemic in Italy

Portrait of a truck driver, Lombardy, northern Italy, during the COVID-19 pandemic.

Portraits of workers in the city of Lecco, northern Italy, during the COVID-19 pandemic.

By Massimo Colombo / Aomori — Discovering northern Japan, my pics on the food Italian magazine " Gambero Rosso ". Thanks to the..
Apr 6, 2020

By Massimo Colombo — Image chosen for the cover of a travel guide of Matera city in Italy, the 2019 European capital of culture.
Aug 8, 2019

By Massimo Colombo / Salzburg — My pics on the food Italian magazine " Gambero Rosso ". Thanks to the journalist Giovanni..
Jun 12, 2019

My work "Glyphosate, no thanks" on Weapons of Reason Magazine

By Massimo Colombo — Thanks to Human After All team for printing my work " Glyphosate, no thanks "  on Weapons of..
Jun 27, 2018

Editors' pick on The Independent Photographer

By Massimo Colombo — My work ( https://visura.co/mcolombo/stories/ama-the-sea-women ) on The Indipendent Photographer (..
Sep 16, 2017