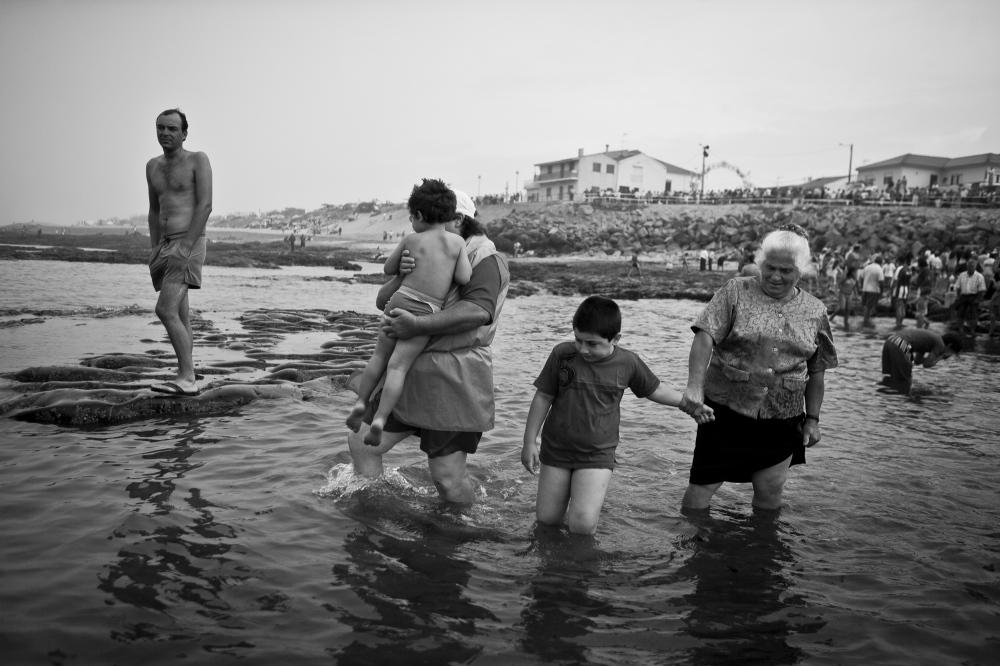 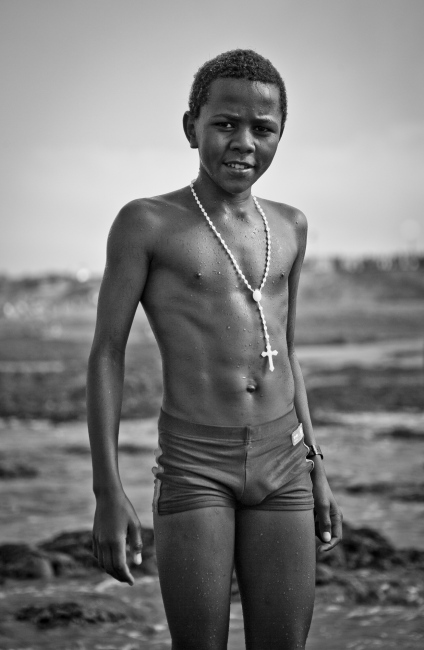 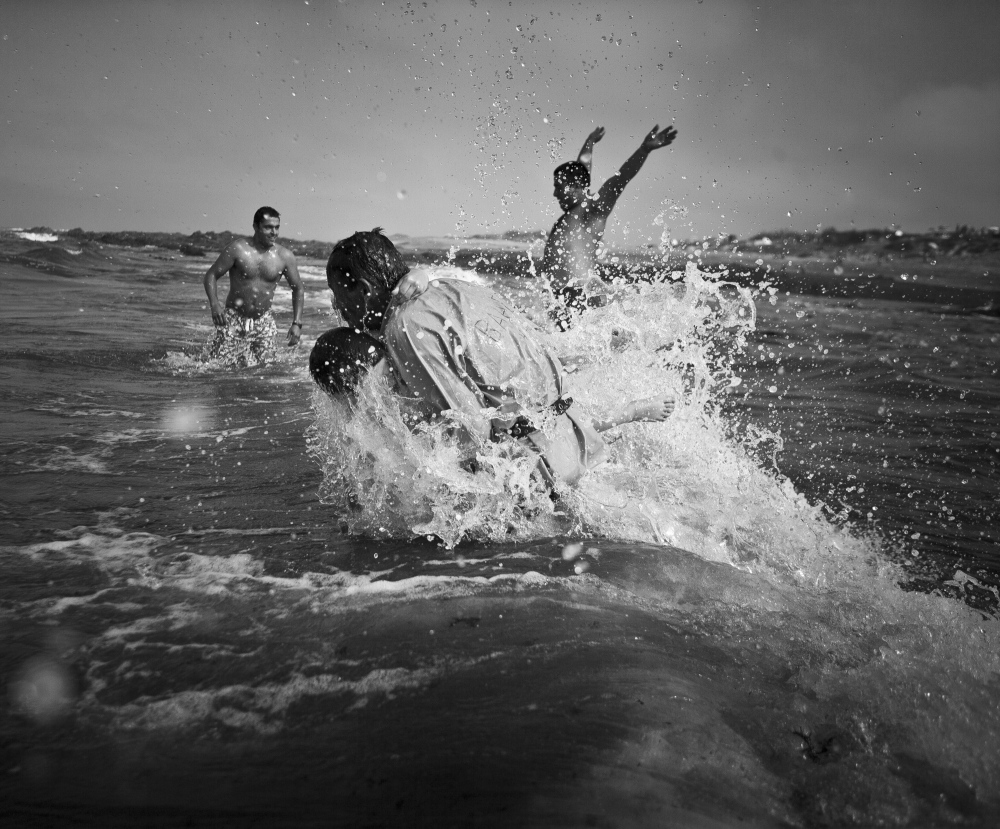 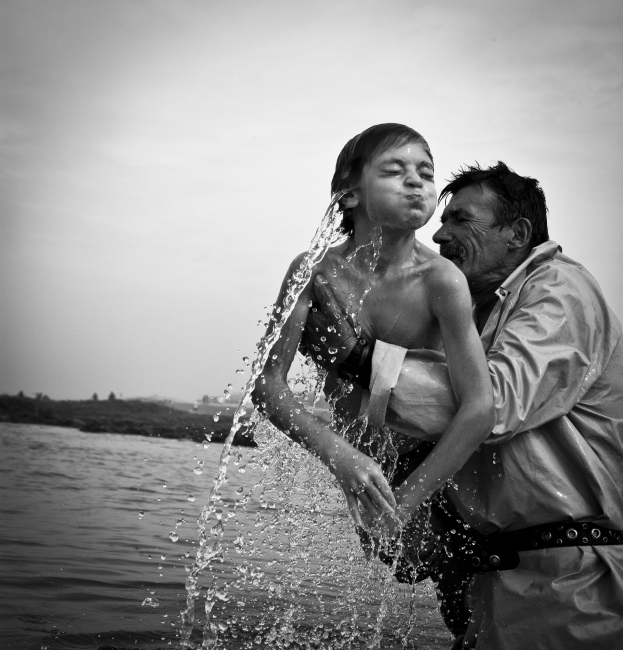 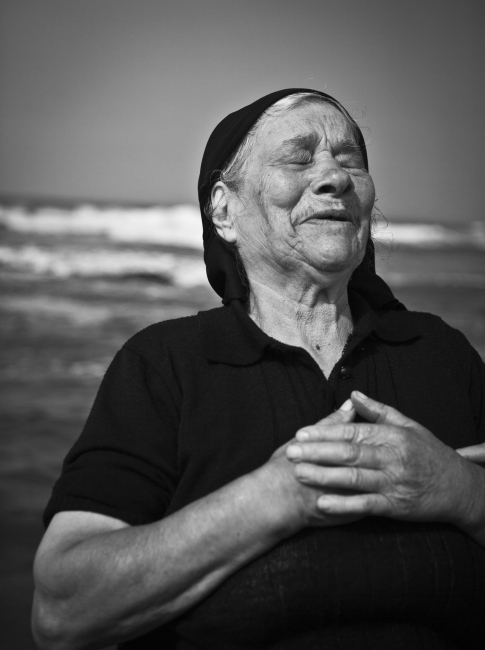 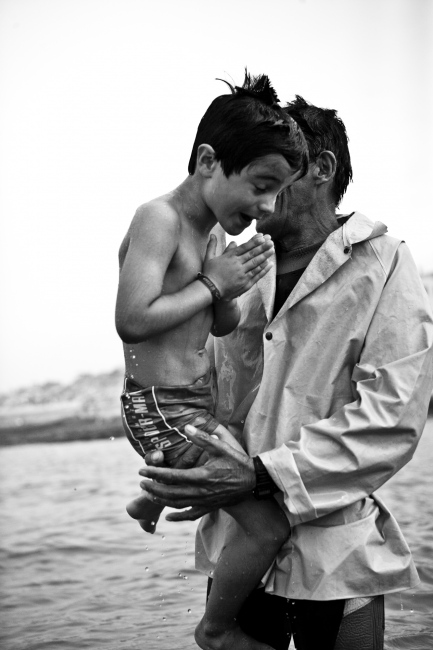 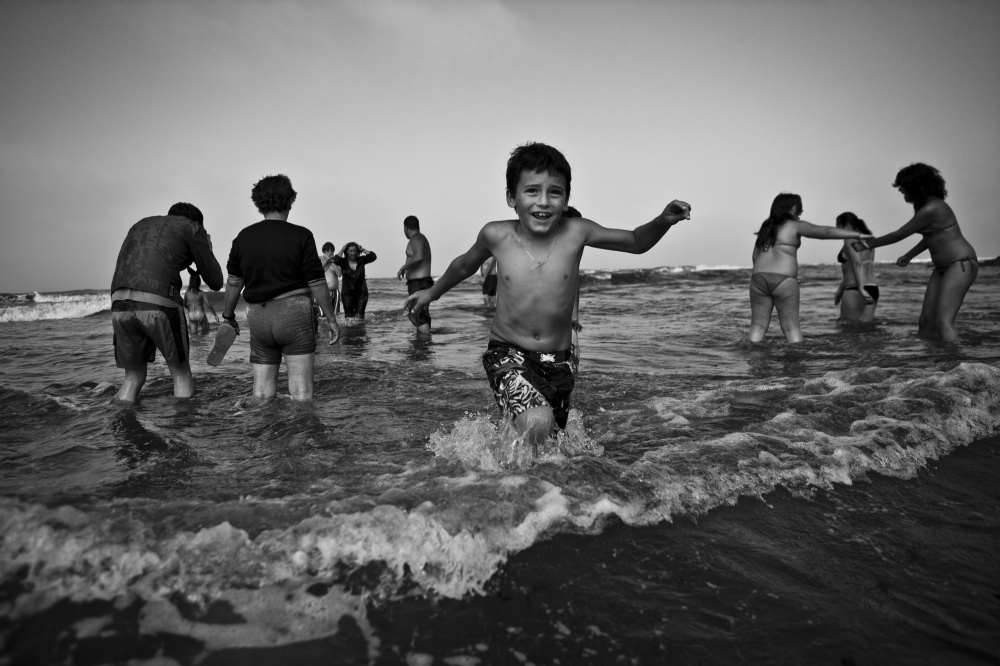 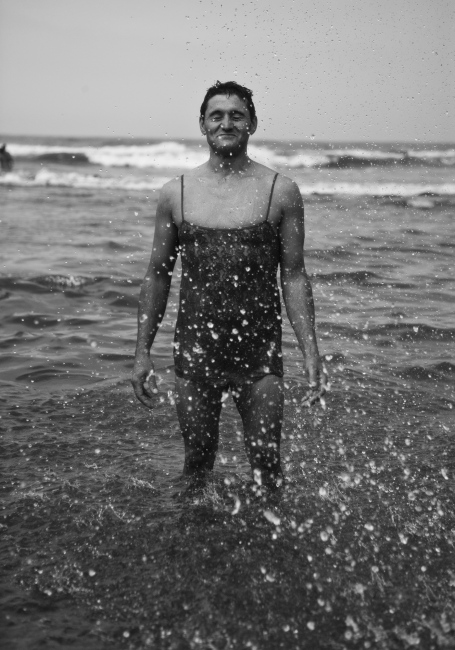 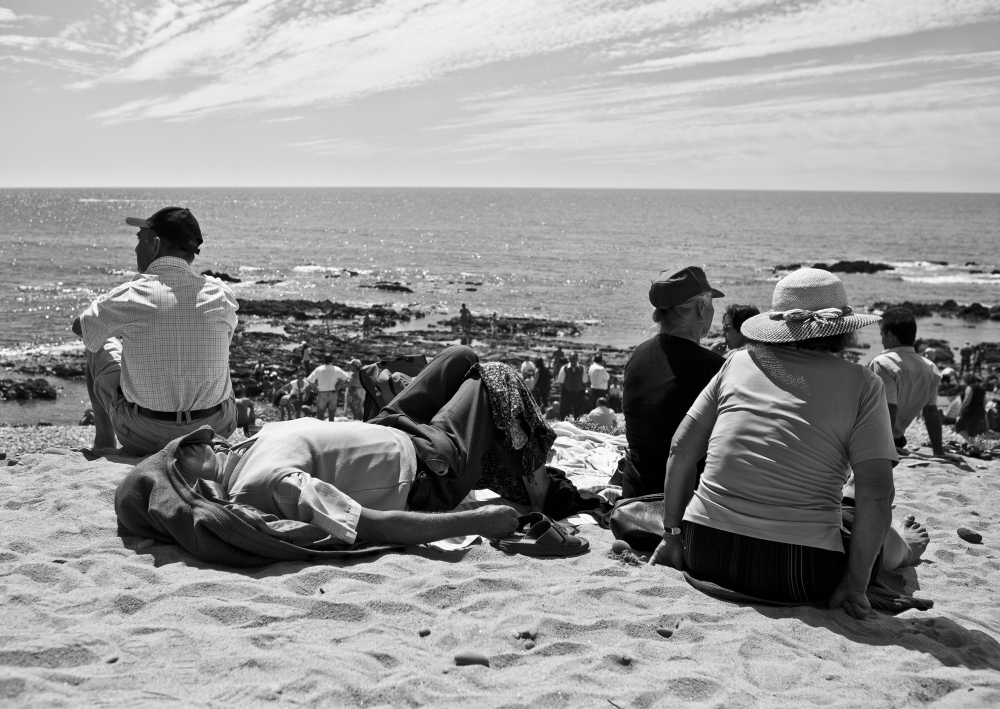 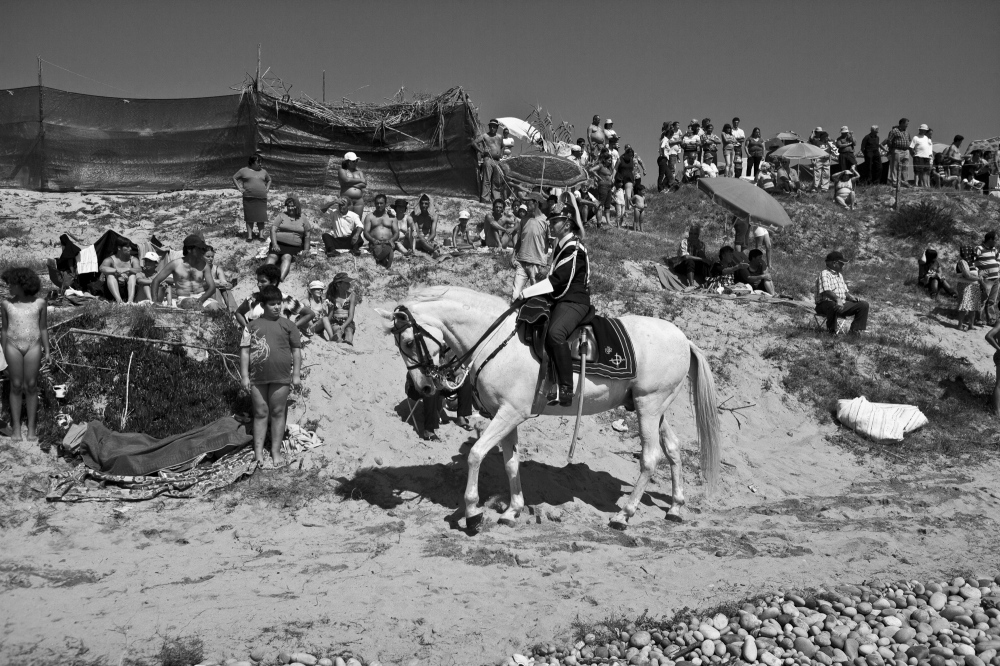 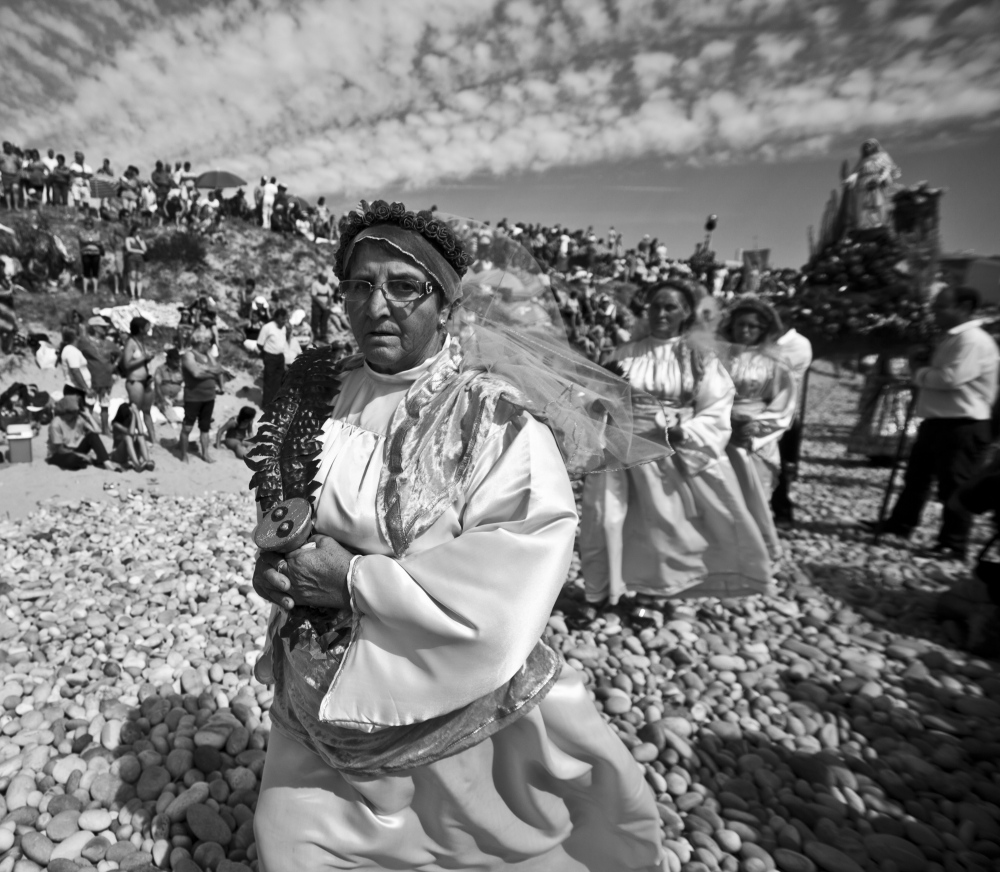 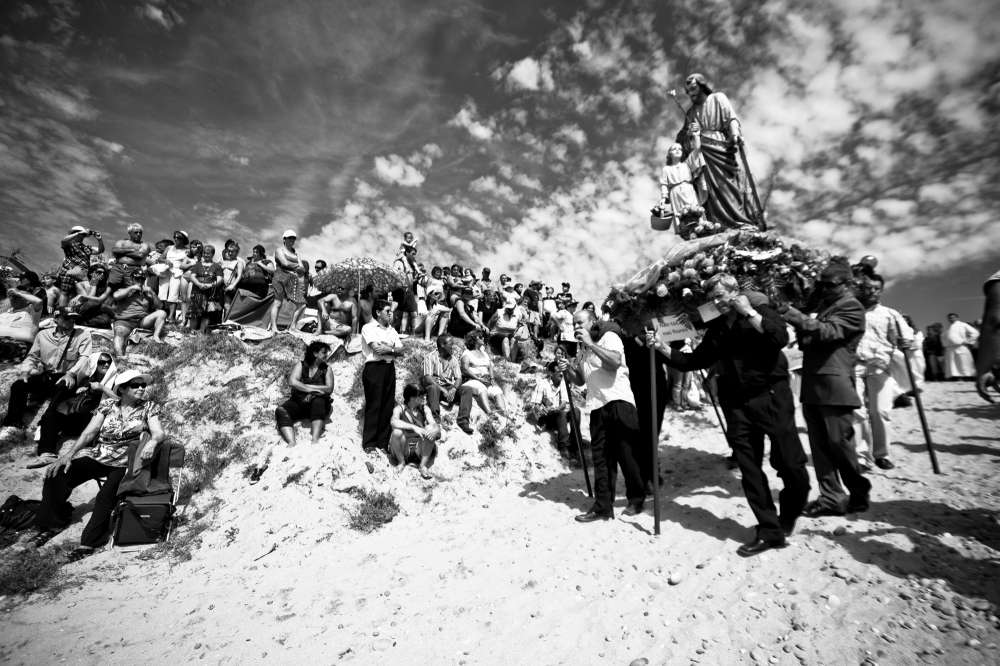 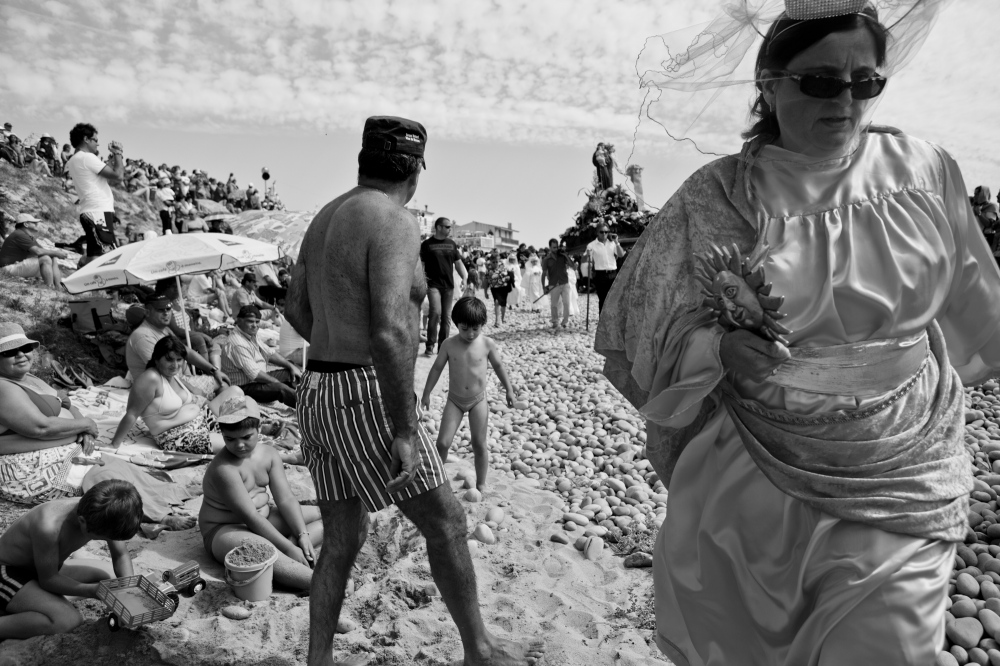 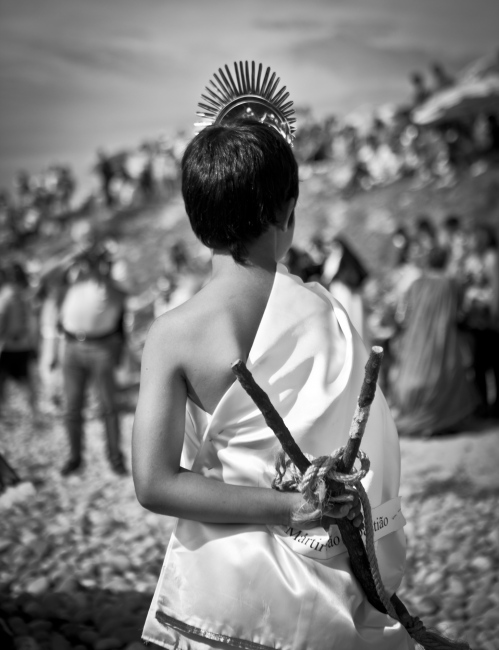 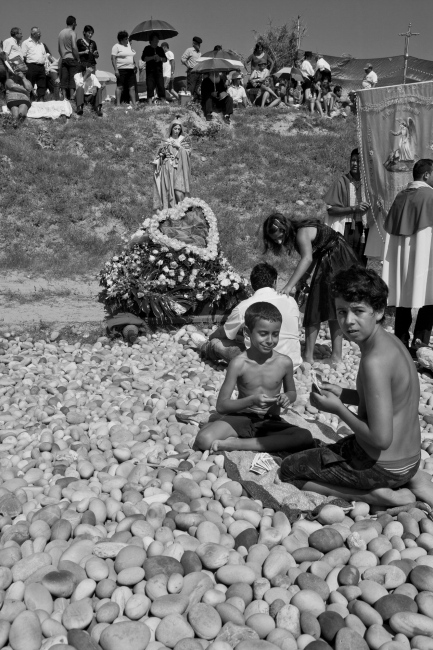 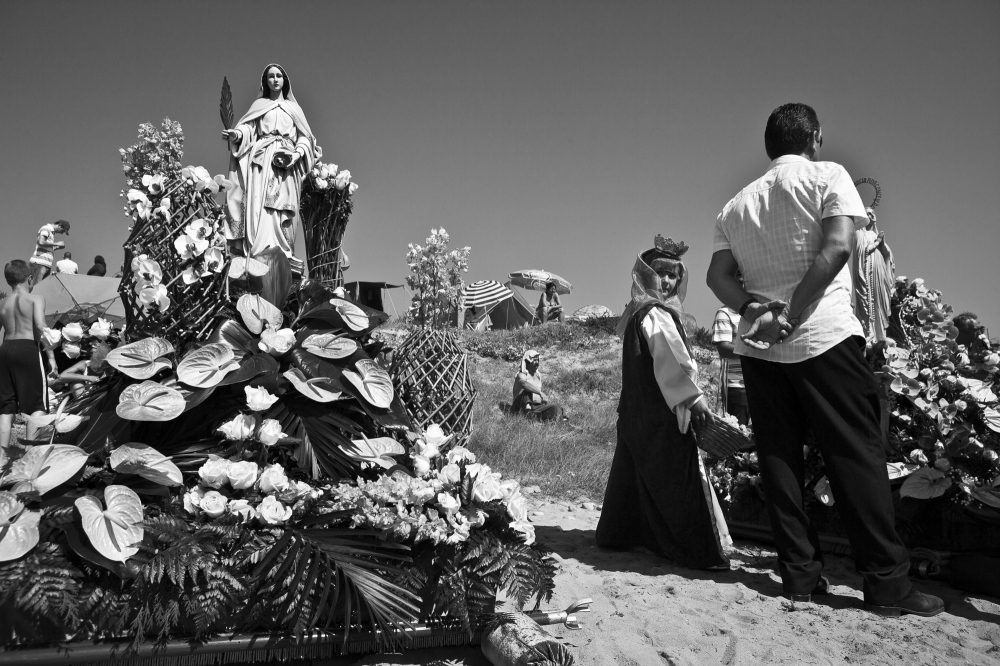 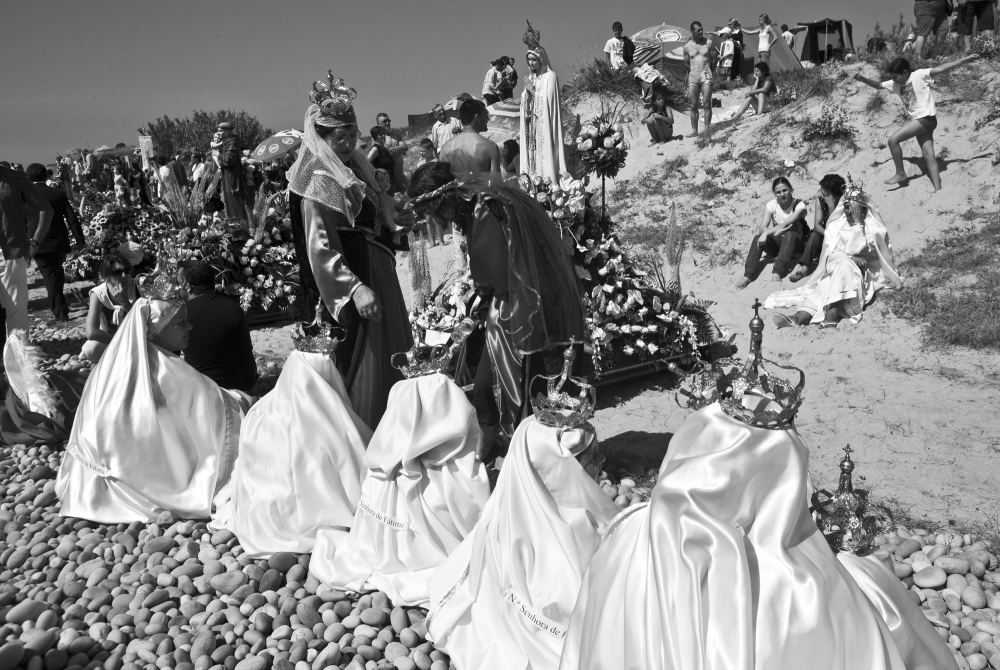 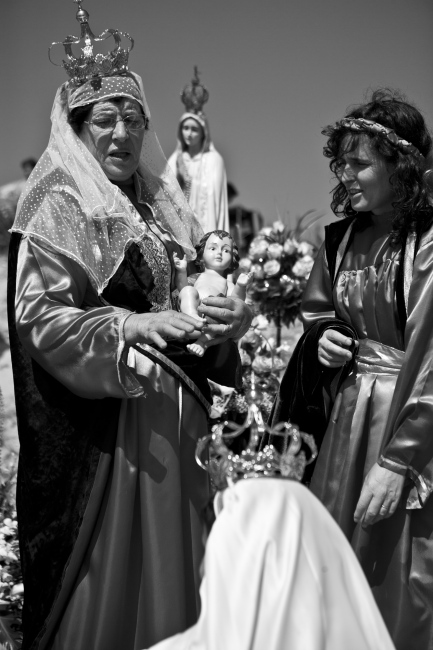 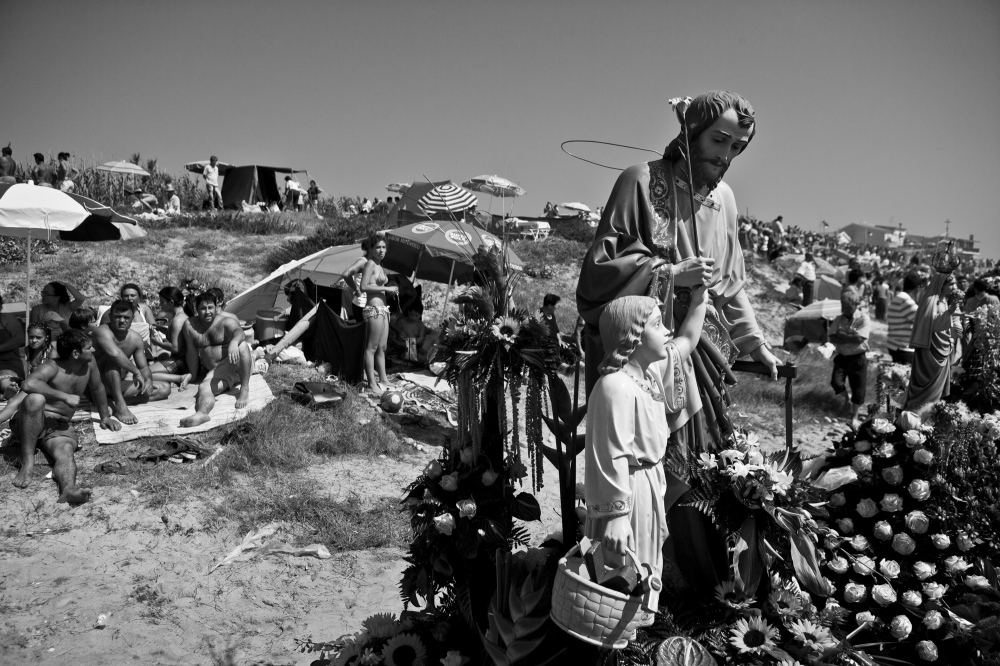 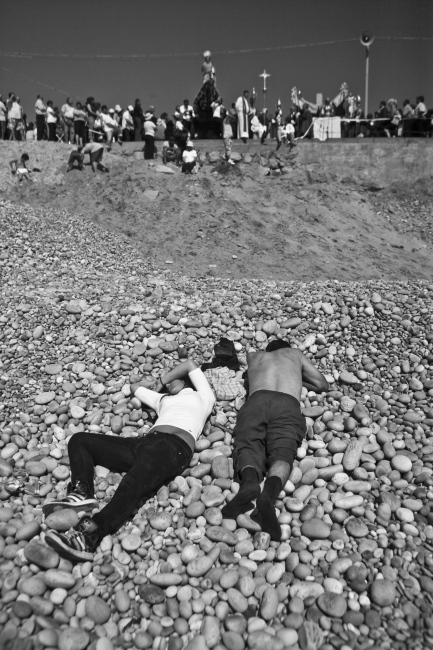 Every year on 24 August, faith and tradition join thousands of people at the feast of St. Bartolomeu do Mar, for an unusual ritual that mixes the sacred and the profane. A tradition that dates back to the sixteenth century (1566), and it claims the devil is on the loose during this day.

Children and parents carry a black hen or chicken for three laps around the Church, and pass as many times under the litter and then go to the beach to dive in the waves in an odd number of three, five, seven or nine times, called "holy bath" that drives away evil and cure diseases related with "demonic possession", such as stuttering or epilepsy.

Later during the day, follows a procession to thank the Saint, which is known to be "one of the most impressive" of northern Portugal. Although the route is short "less than two miles from the beach and return to the church" always takes two to three hours, incorporating hundreds of extras and large litters, which reconstruct biblical episodes.

By Eduardo Leal — India’s Kumbh Mela is considered the largest gathering of humanity on Earth. Just on the last Kumbh, that finished on Prayagraj last March, it..
May 28, 2019

By Eduardo Leal — About 15 years ago seeing women on a ring fighting Muay Thai in Thailand was almost unheard off, unless it was in a ceremonial fight in the local..
May 15, 2019

By Eduardo Leal — Every year more than 448 million tons of plastic are produced worldwide, of these between 5.3 million to 14 million tons enter the oceans, meaning..
Apr 30, 2019

By Eduardo Leal — As recently as 10 years ago, Bolivia’s indigenous Aymara and Quechua women were socially ostracized and systematically marginalized. Known as..
Jan 16, 2018

By Eduardo Leal — At the end of June 2011, I arrived in Caracas, the capital of the Bolivarian Republic of Venezuela with the objective to cover the celebrations of..
Oct 7, 2017

By Eduardo Leal — Countries like the United States and the UK are trying to integrate elections seamlessly into daily life—you can vote by mail as if you were..
Nov 30, 2016

By Eduardo Leal — Even if football was born in England, Brazil is considered the spiritual home of the game. During a month, from the 12th June 2014, the world will..
Nov 30, 2016

By Eduardo Leal — Travis Dupree comes from Eastman, a small town in central Georgia. He played basketball at Voorhees College in South Carolina but after graduation..
Nov 30, 2016

By Eduardo Leal — The soybean will in a few years become one of the most important food commodities on earth. No other fruit is produced with comparable..
Nov 30, 2016

By Eduardo Leal — Surrounded by sand and lagoons in Lençois do Maranhão National Park, an area that stretches 155 thousand hectares on the State of Maranhão in..
Nov 30, 2016

By Eduardo Leal — Every Sunday afternoon on the city of El Alto, once merely suburb of the city of La Paz situated at 4,150 meter high, hundreds of Bolivians and..
Nov 16, 2016

By Eduardo Leal — Portuguese forcados lie somewhere between the bull riders of the Americas and the bloodier bullfighters of Spain. Unlike in Spain, where the bull..
Nov 16, 2016

By Eduardo Leal — The world consumes 1 million every minute, it was considered by Guinness World Book of Records as “the most ubiquitous consumer item in the..
Nov 16, 2016

By Eduardo Leal — Colombia’s armed conflict, which started in the 1960’s, might be close to an end. After almost four years of negotiations between the Colombian..
Jul 14, 2016

By Eduardo Leal — Linked to the celebration of the harvest and the arrival of the rains in the La Paz region, the Alasitas Festival is the feast of the dreams for..
May 16, 2016