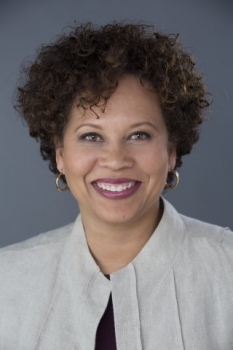 Prior to HBO, Edwards was a key corporate diversity executive at Comcast/NBCUniversal for over five years where she oversaw over 20 divisions, launched employee resource groups, and introduced diverse creative talent to NBC, USA, Syfy, Bravo, and Telemundo. Edwards’ career has spanned both television and film having produced the movie of the week A CHRISTMAS DETOUR for Hallmark, the one-hour series SEX, LOVE, AND SECRETS for UPN, serving as a network executive for UPN and Fox, and as a creative executive in features. As an executive, she helped to develop series such as GIRLFRIENDS, THE PARKERS, MALCOLM IN THE MIDDLE, CLUELESS, and THE WILD THORNBERRYS.

In 2000, Edwards co-founded the non-profit organization Colour Entertainment, a networking group for diverse creative executives in TV, Film, Digital, as well as assistants, all designed to connect current and future industry executives with one another. Edwards graduated from Vassar College with a Bachelor of Arts degree in Theater and serves on the Annenberg Inclusion Board. She is a 2019 Sundance Episodic Lab fellow and is currently seeking her MFA in Screenwriting at Emerson College.
Sign-up Log In
Cart
Loading...
Edit Check Out