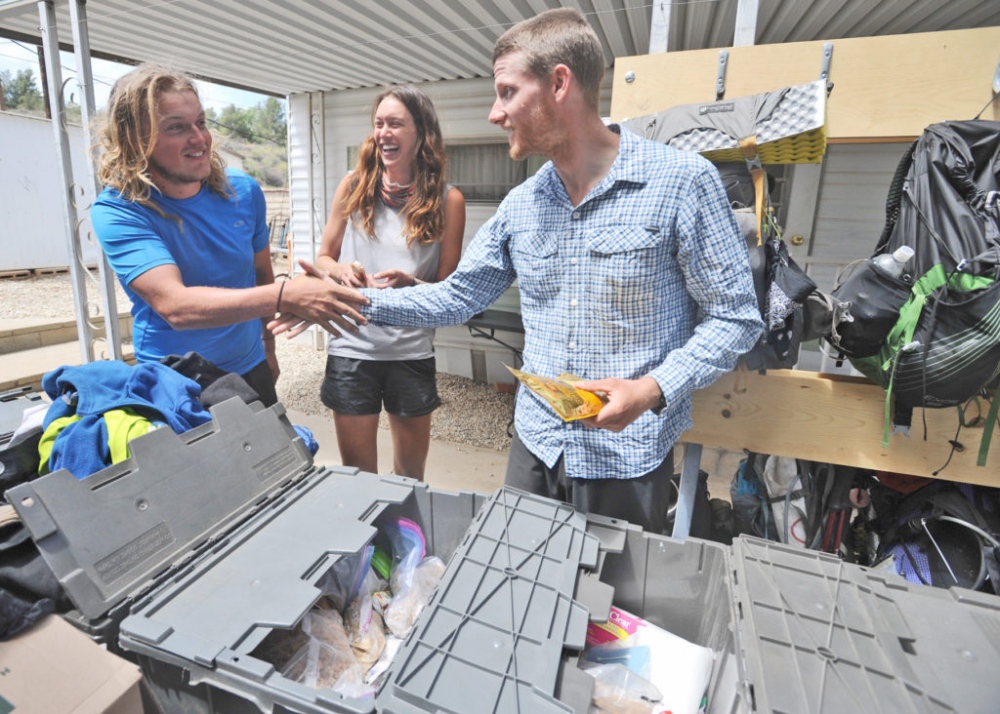 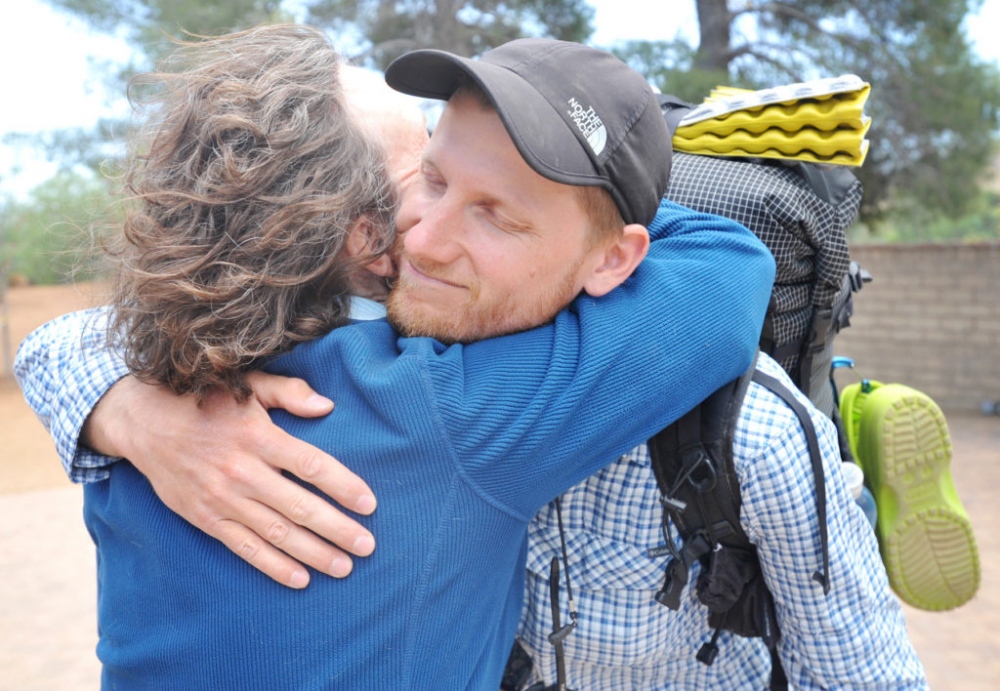 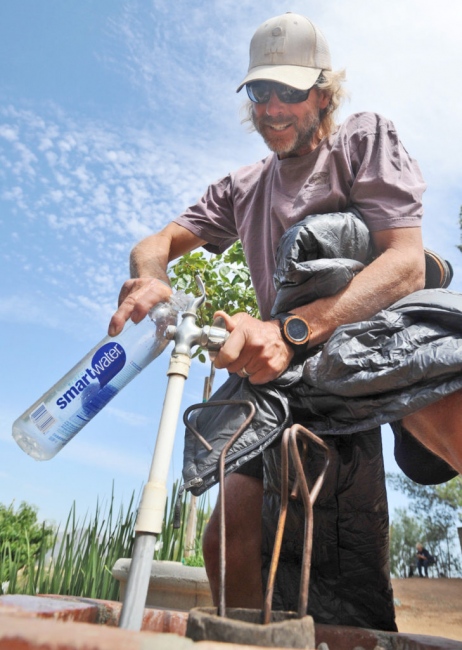 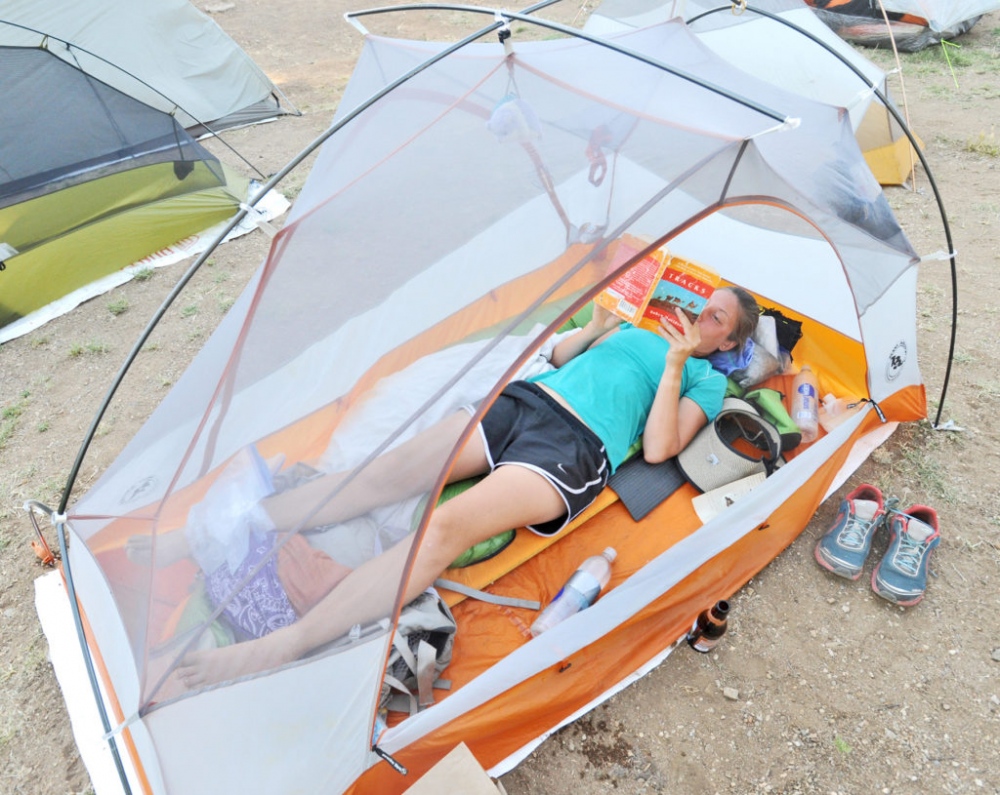 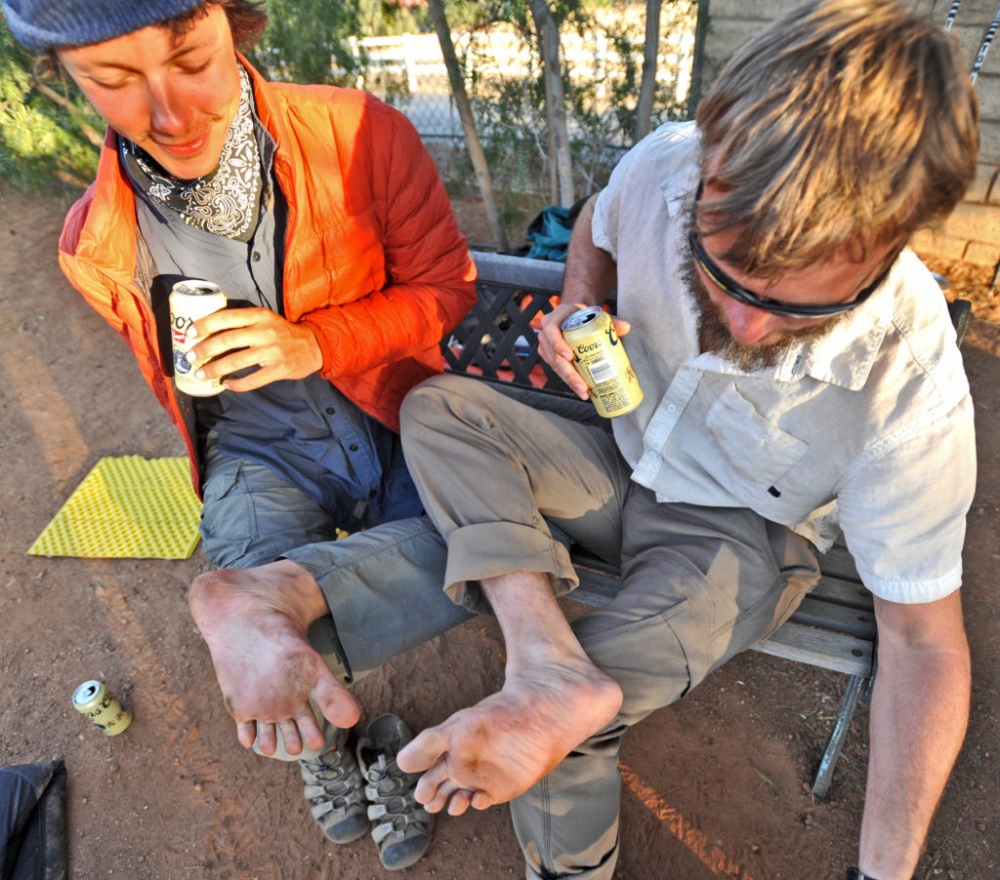 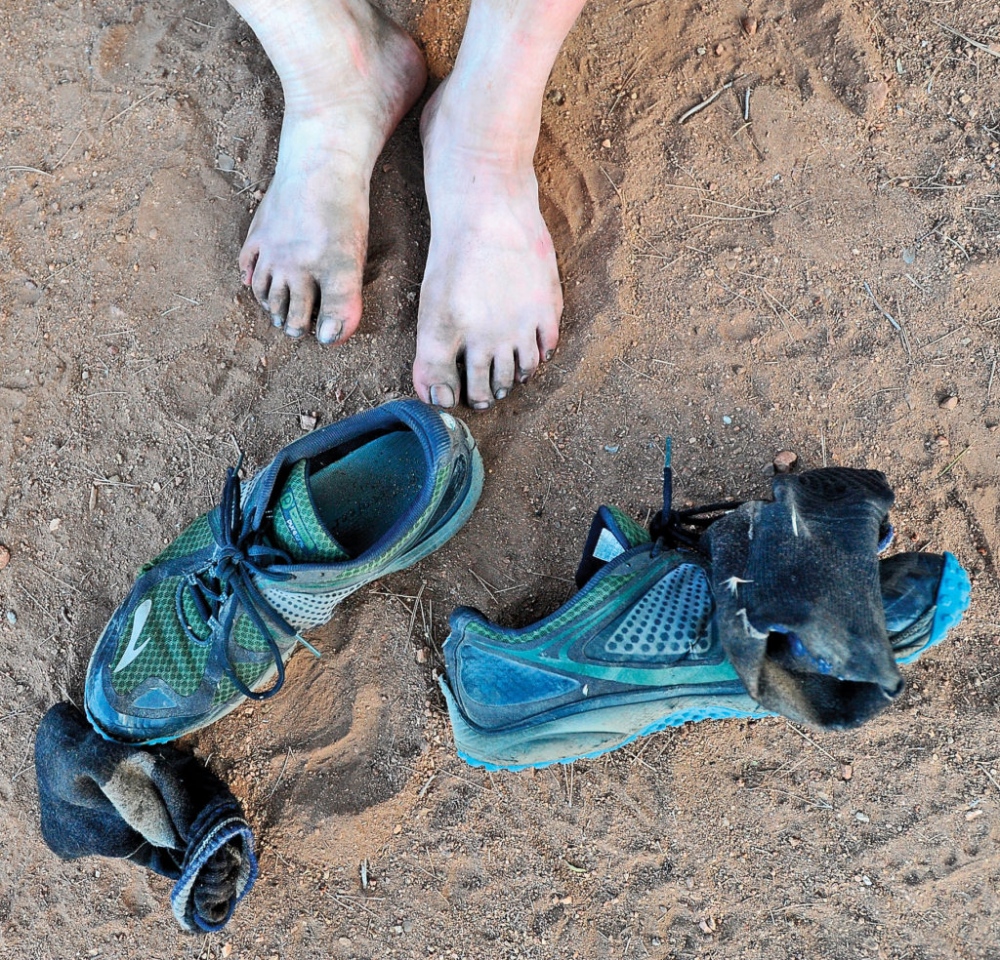 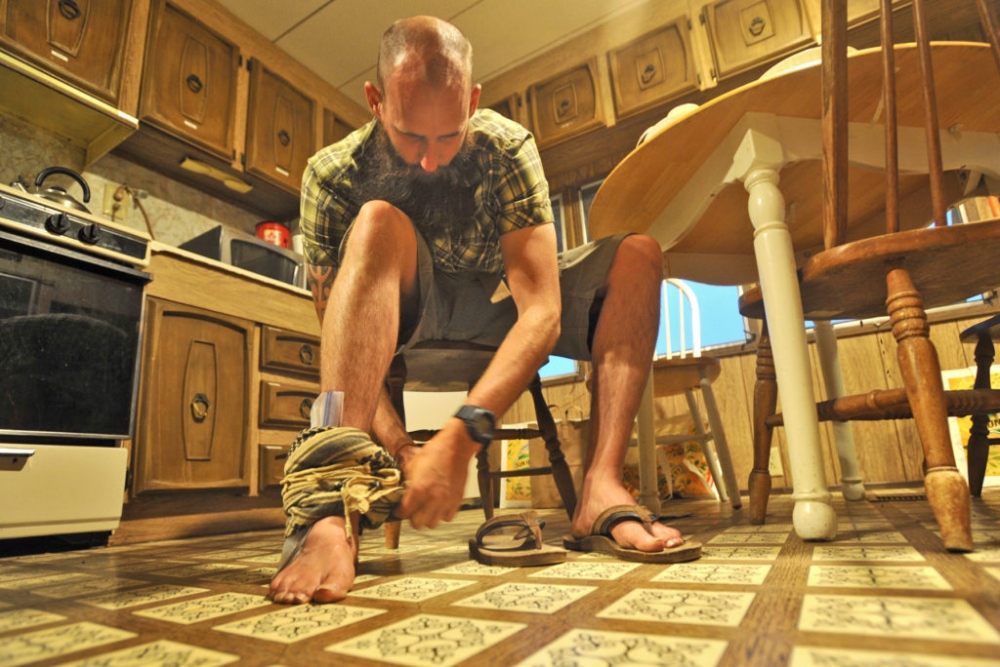 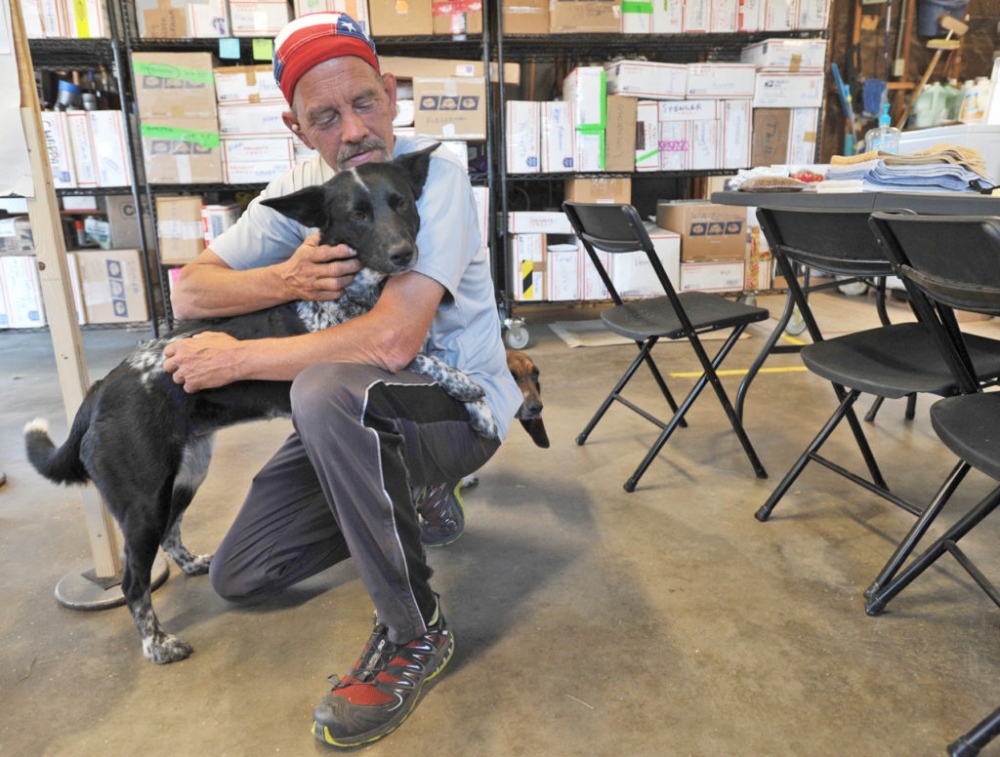 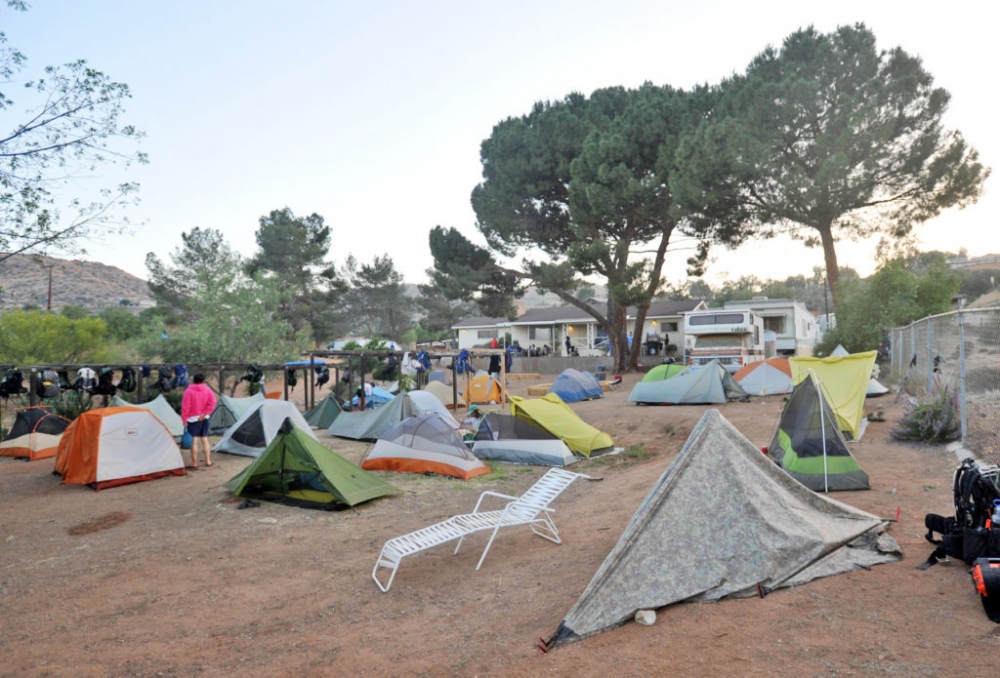 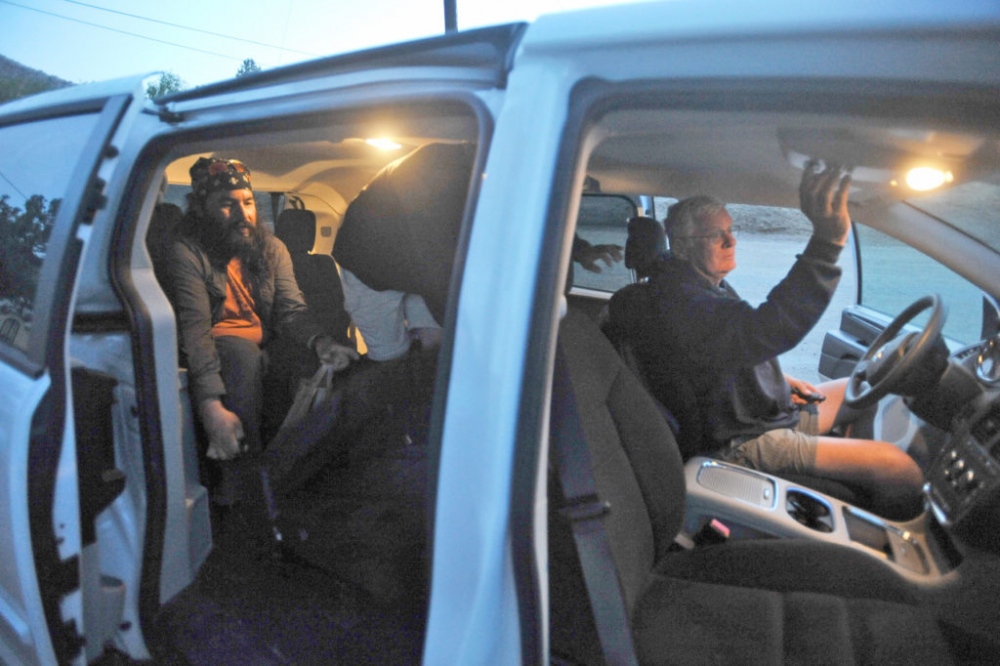 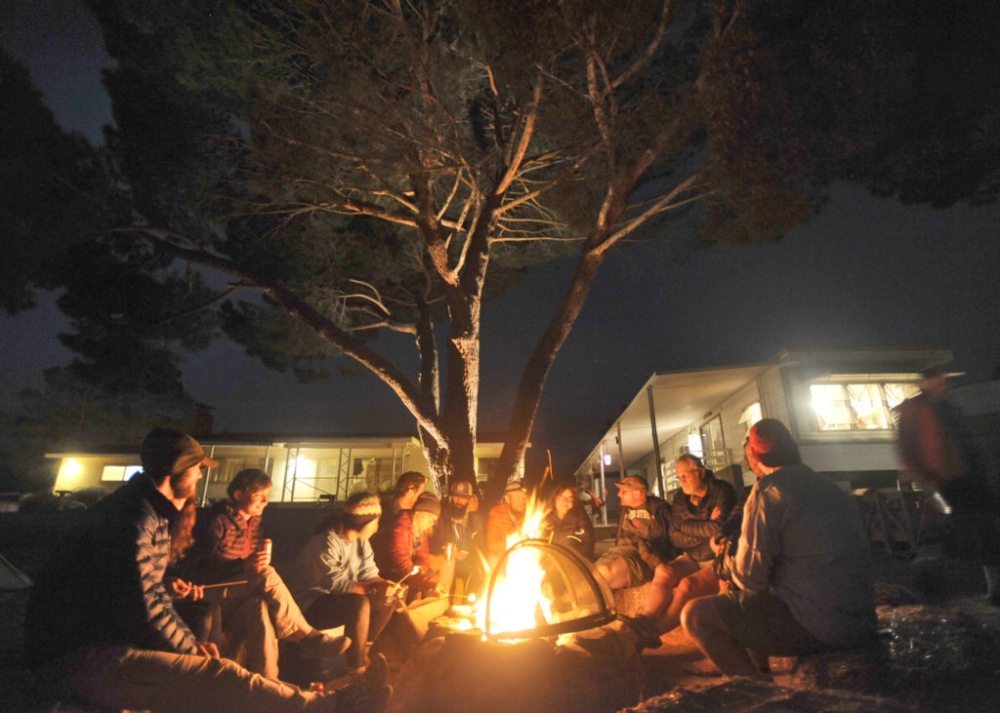 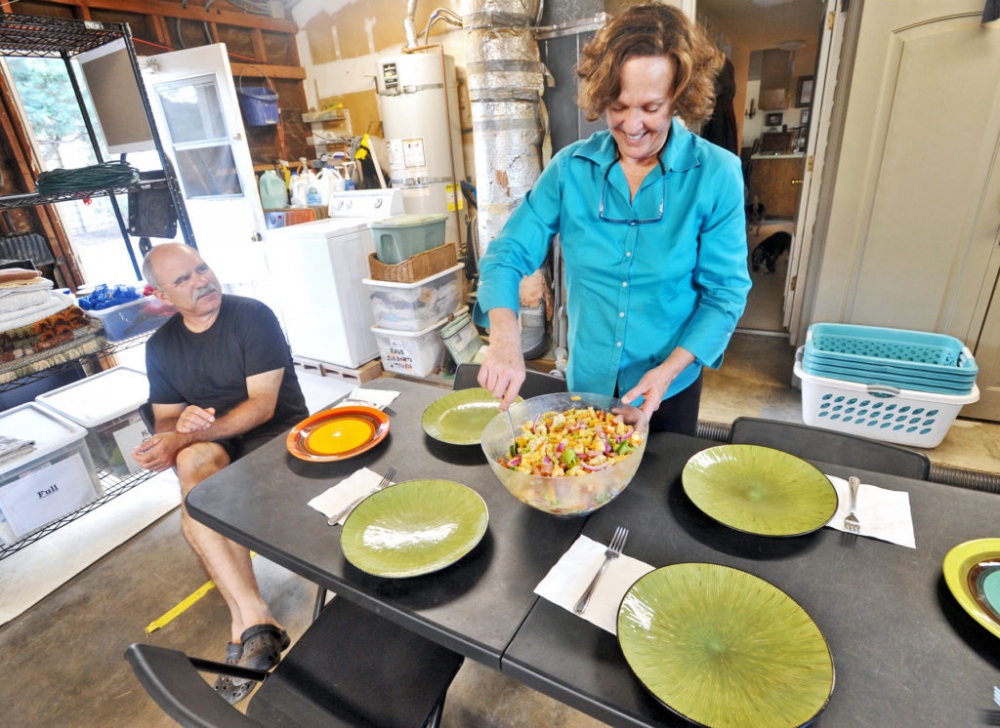 The hikers will tell you the trail always provides.

But before they get to Hiker Heaven, they don’t know just how much the trail provides.

Vaughn is one of several volunteers who travel to Agua Dulce each year to help Donna and Jeff Saufley at Hiker Heaven, a haven for through hikers taking on the 2,650-mile long Pacific Crest Trail.

“I’m sort of like the backstage manager,” said Donna, who is known to hikers by her trail name L-rod. She’s been opening up her backyard to hikers since 1997, when she came across a pair of hikers at a local eatery and offered them a place to stay for the night.

In 2008, Donna went back to school and two women volunteered to help out at Hiker Heaven while Donna was in class.

“That was the birth of the volunteer program,” she said.

Now each season starting in about March, volunteers from around the country come to Agua Dulce and stay through the season to help launder hiker clothes, clean up the single-wide trailer where hikers shower, drive hikers in a rented van down to REI in Northridge, and ferry groups to and from the trail at Vasquez Rocks.

This marks the 19th year the Saufleys have hosted hikers. Hiker Heaven closed in 2015 due to a claim that the stop-over was bottlenecking hikers along the trail — that problem, only compounded by the trail’s increasing popularity, was in part due to the film “Wild,” about the trail, that came out in 2014. Neither the Saufleys nor the hikers believe Hiker Heaven was the cause of a bottleneck.

The closure was anticipated to be permanent. But Donna couldn’t stay away for long.

They re-opened for the 2016 season, but with far less equipment than before. Most of Hiker Heaven’s equipment, like tents and bikes, had been given away, passed along to other trail angels, as they’re known.

But the hikers don’t mind. There’s still a shower, several charging stations, rides to REI, and epsom salt baths for tired, blistered hiking feet — all things that the Saufleys’ are happy to provide.

By Katharine Lotze — Images were photographed for the Santa Clarita Valley Signal. Licensing would likely be through them.
Jul 6, 2018

Before It's Too Late

By Katharine Lotze/The Signal — Before It's Too Late Originally published in the Santa Clarita Valley Signal as a series of stories from May 2017 through October 2017. This series..
Apr 4, 2018