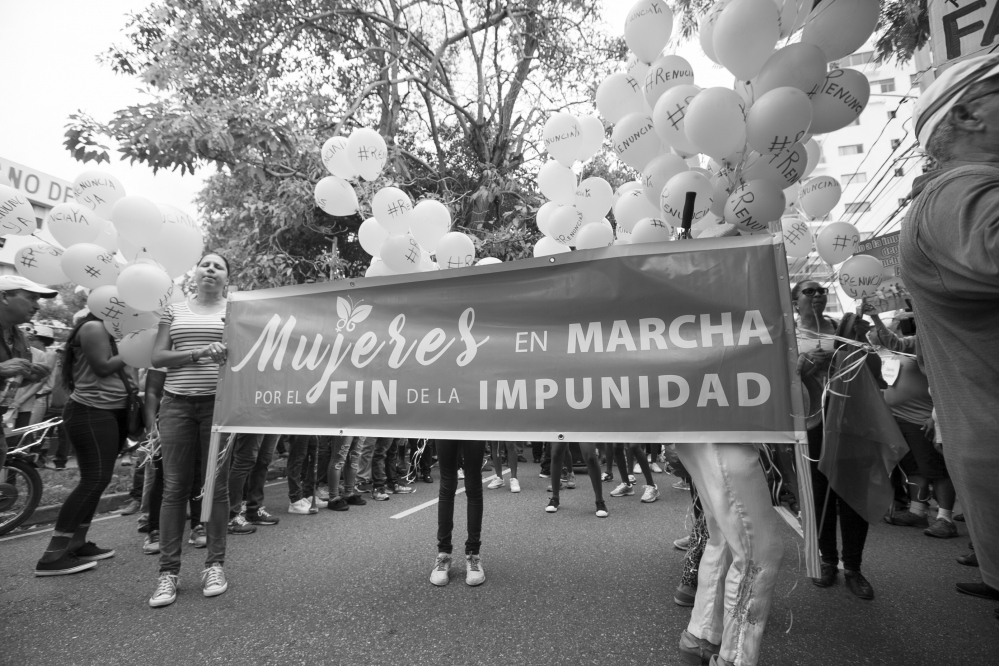 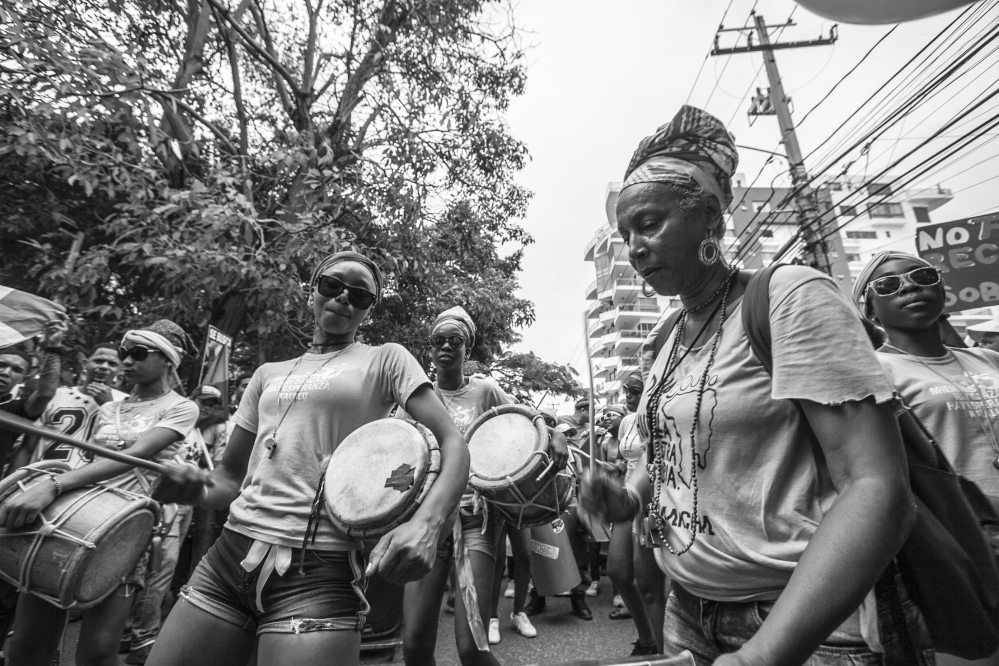 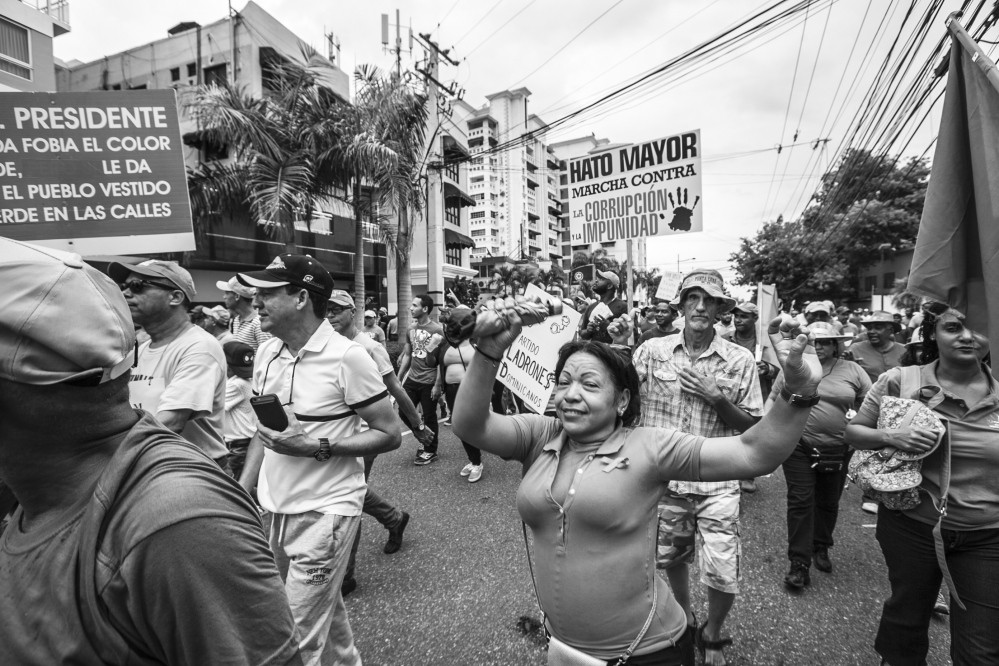 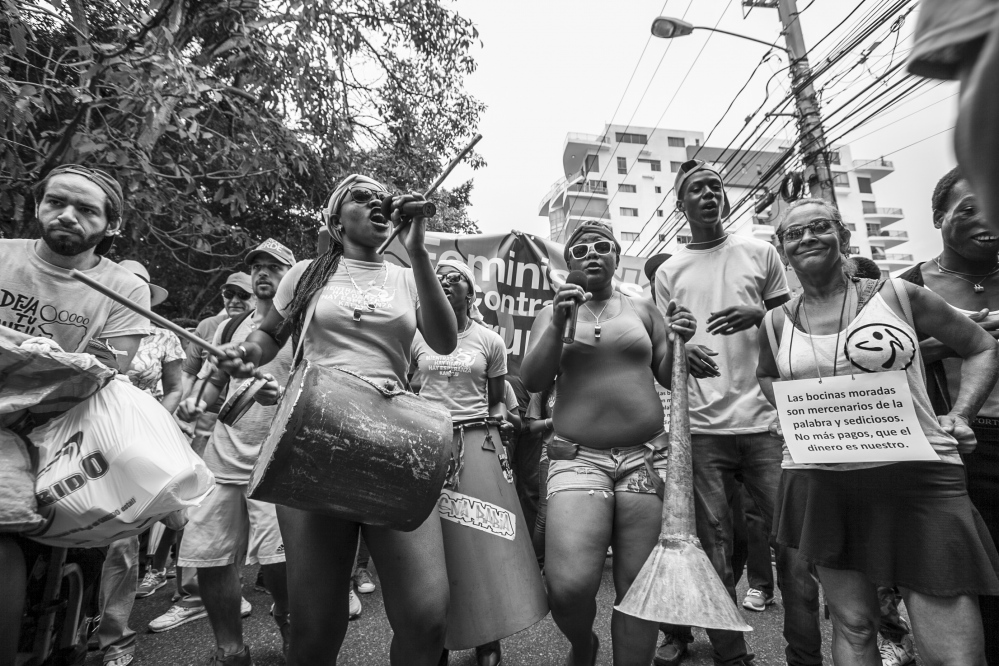 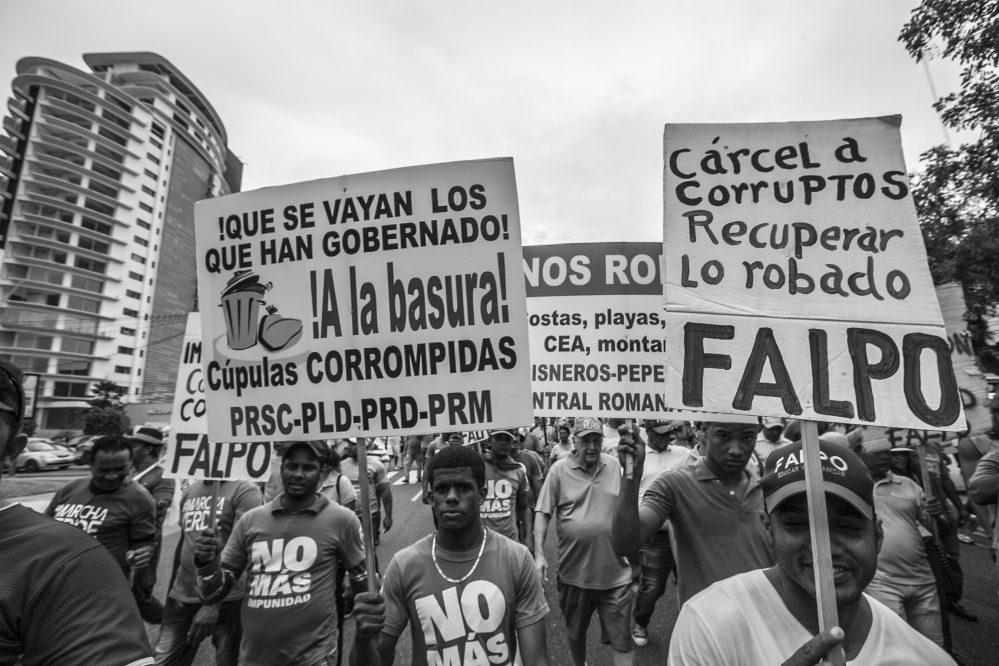 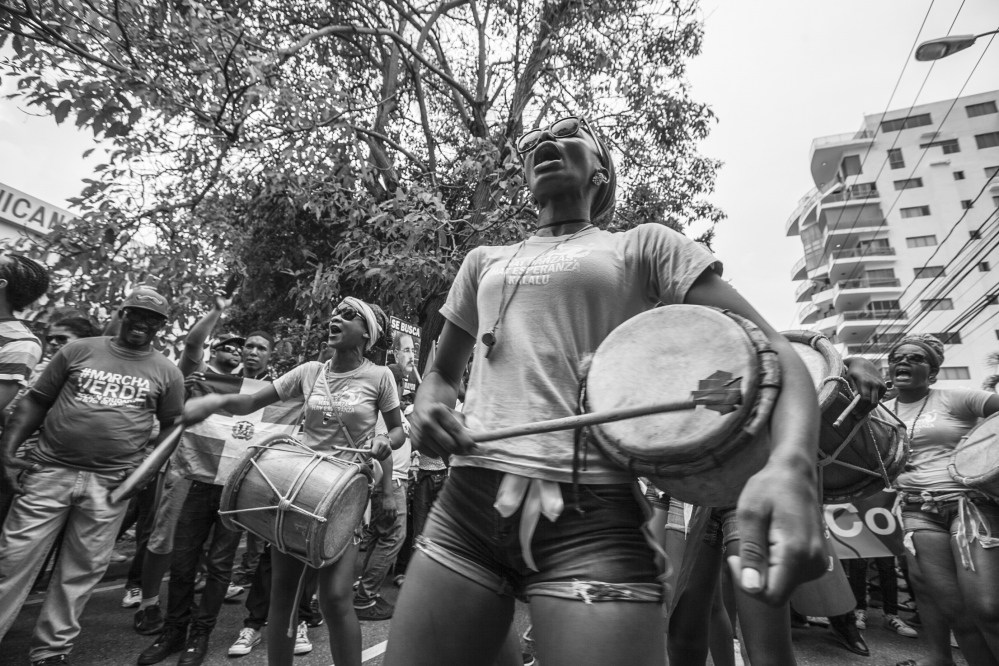 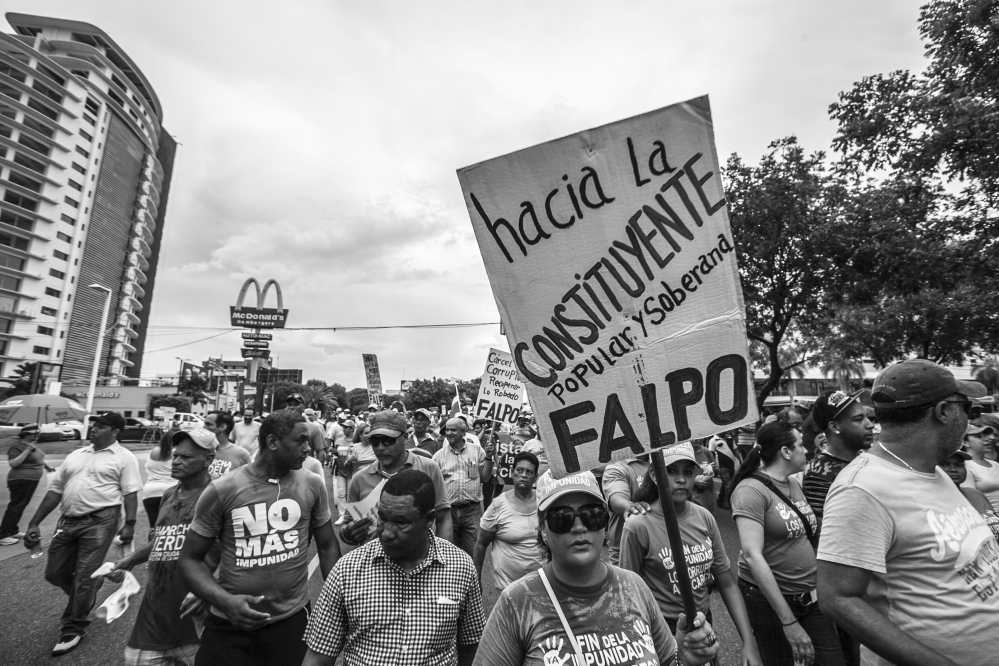 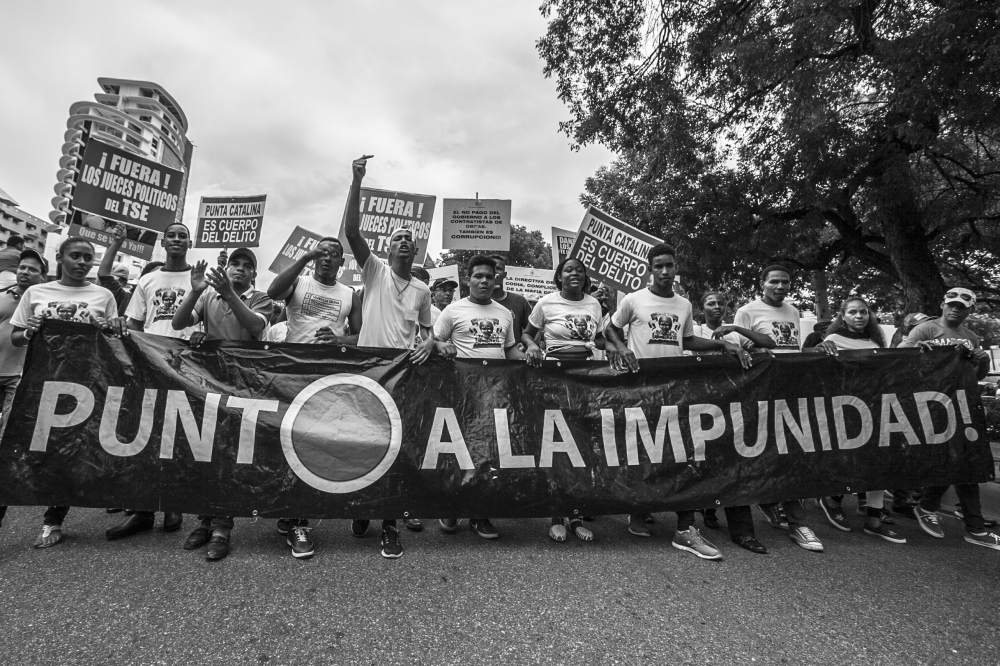 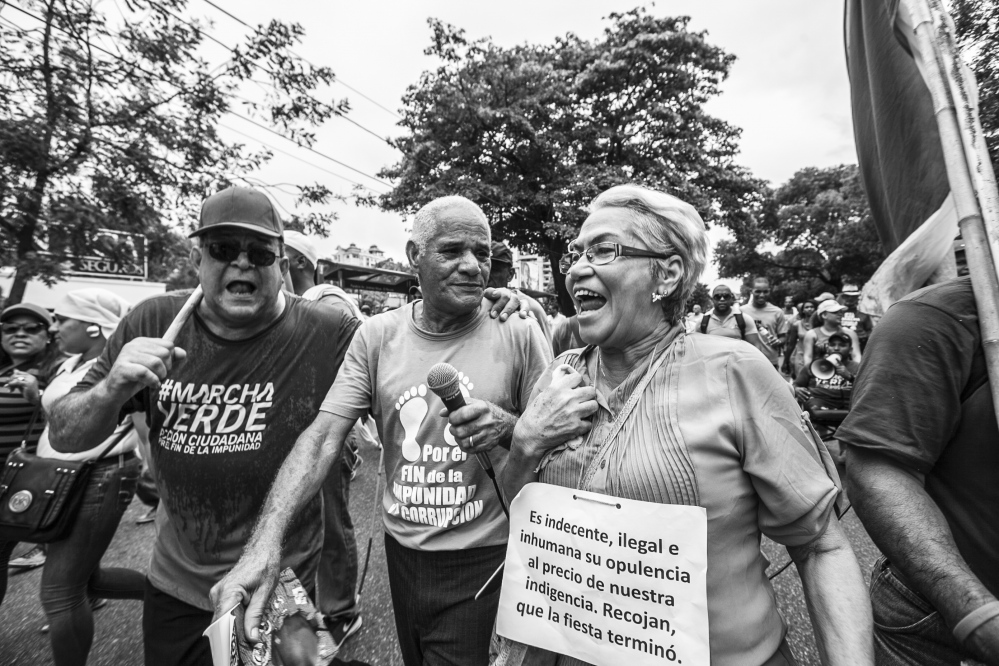 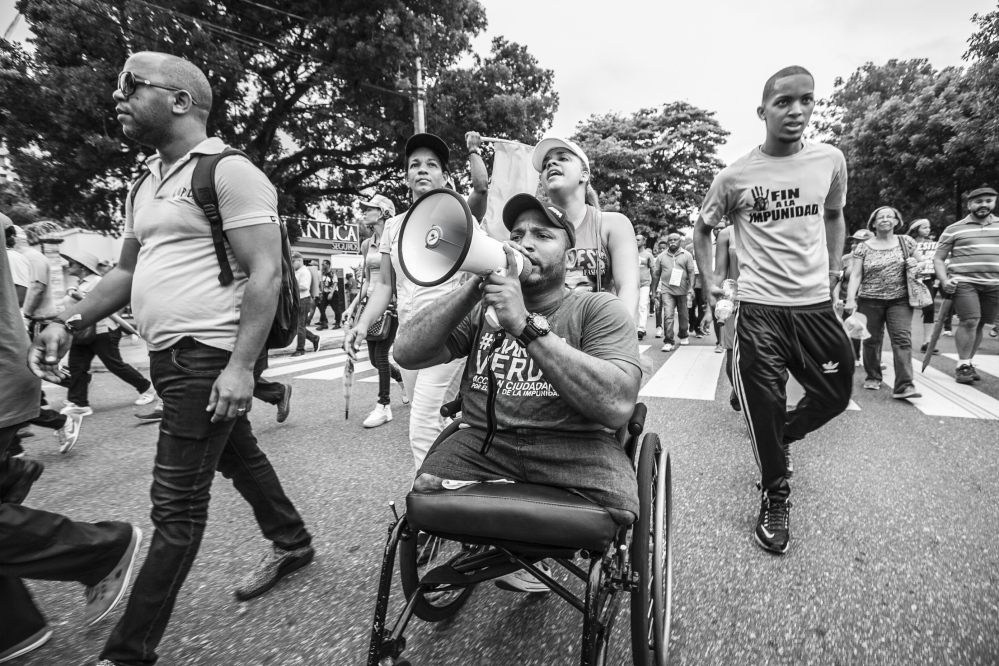 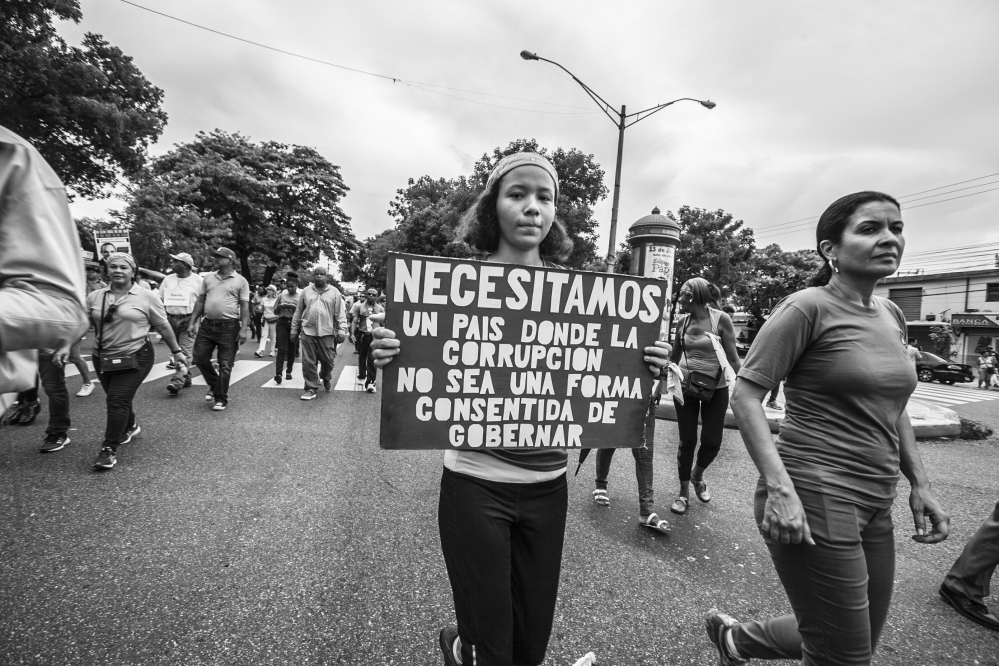 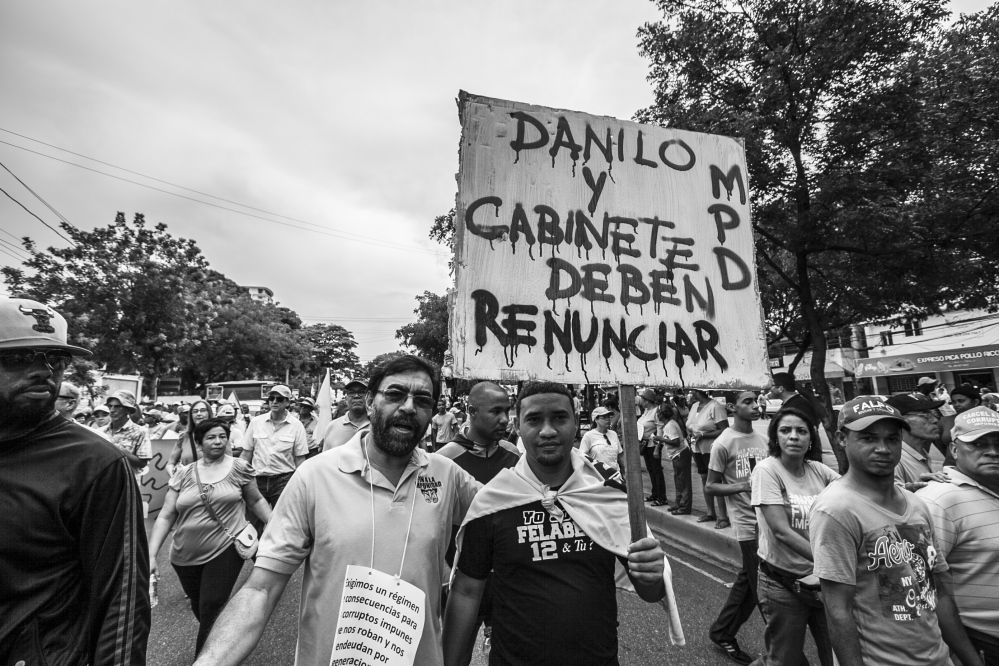 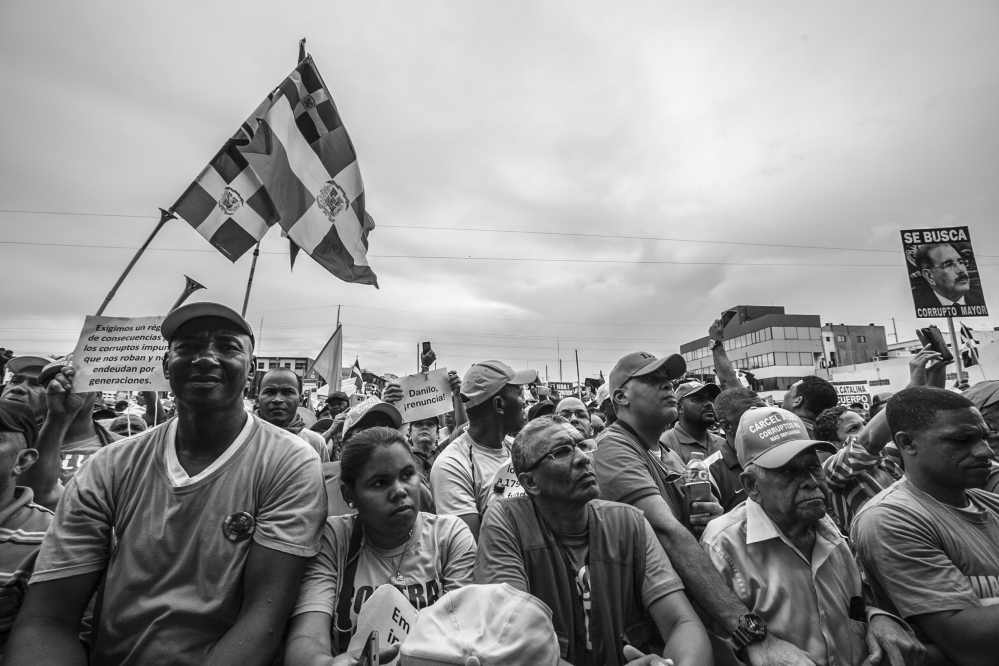 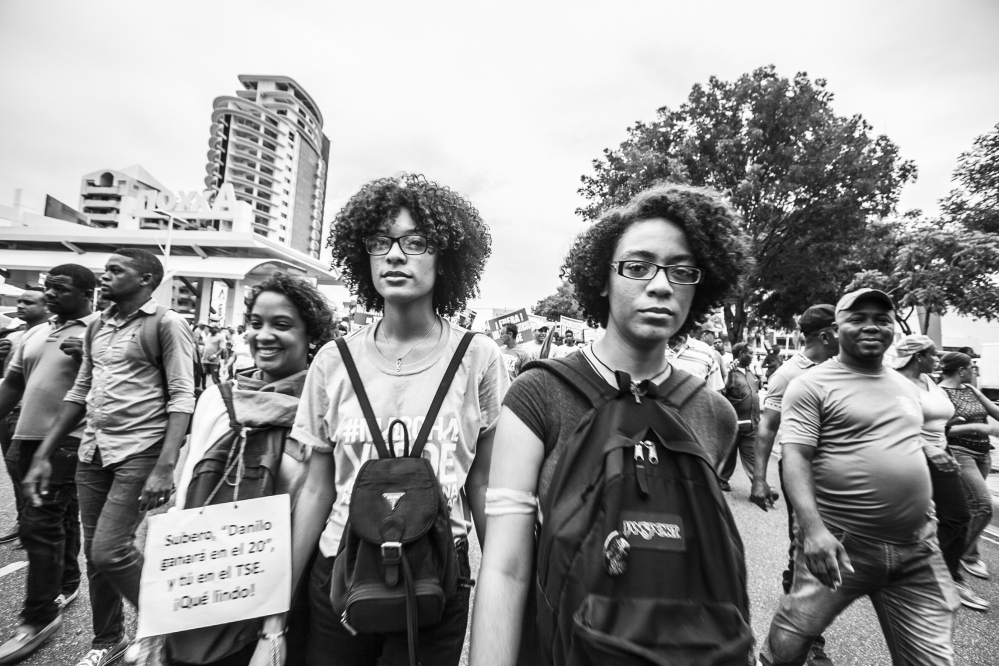 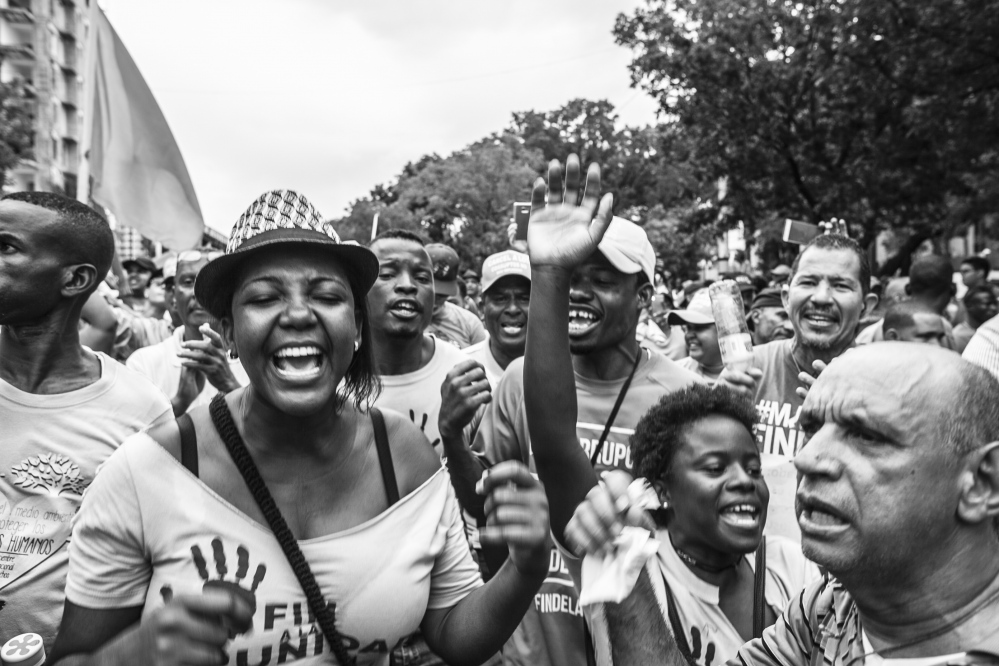 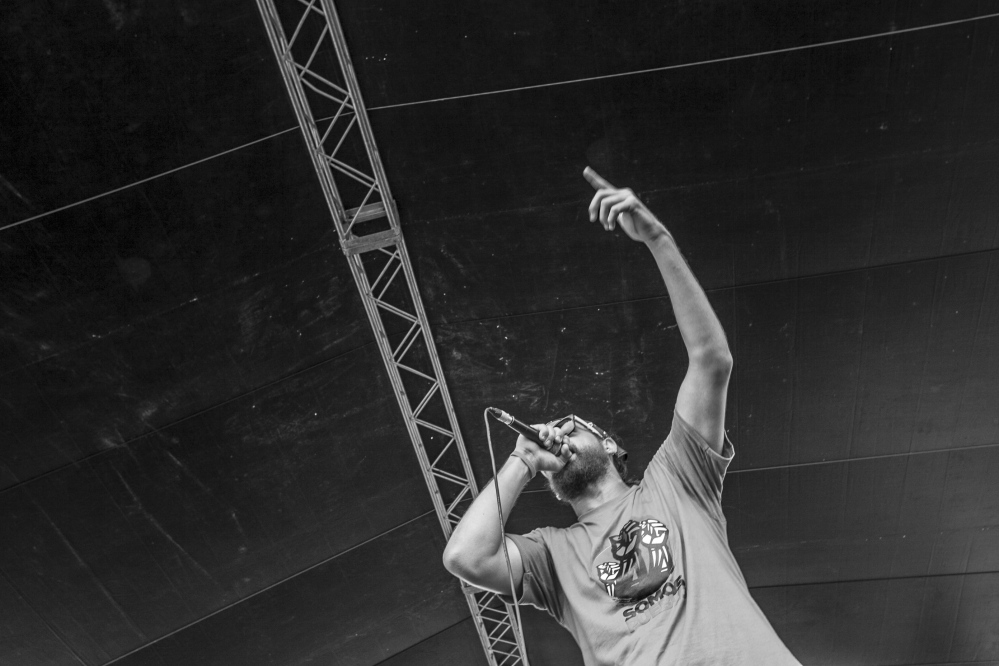 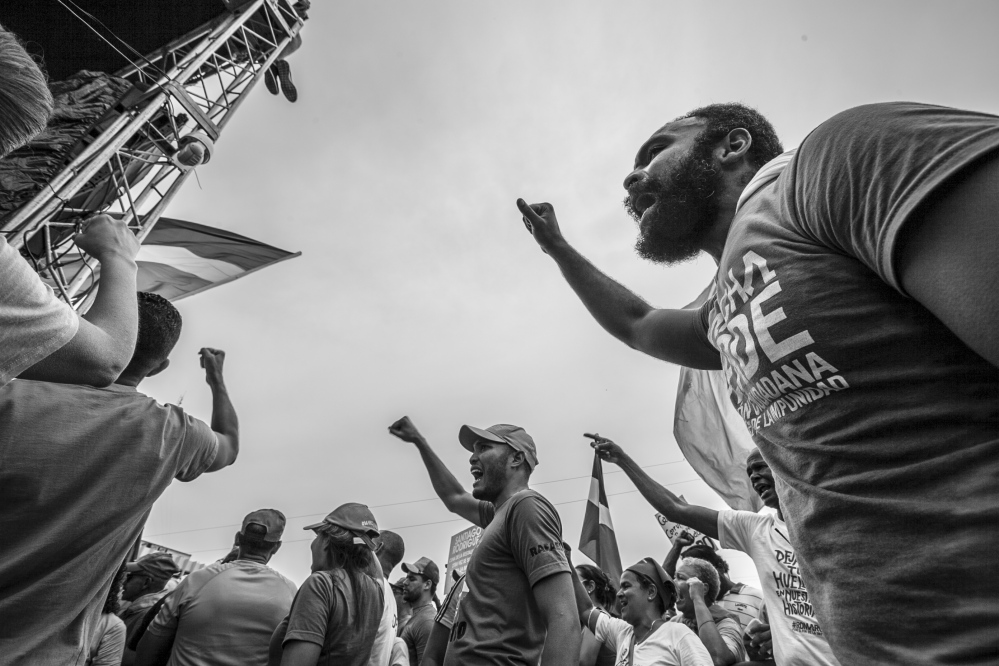 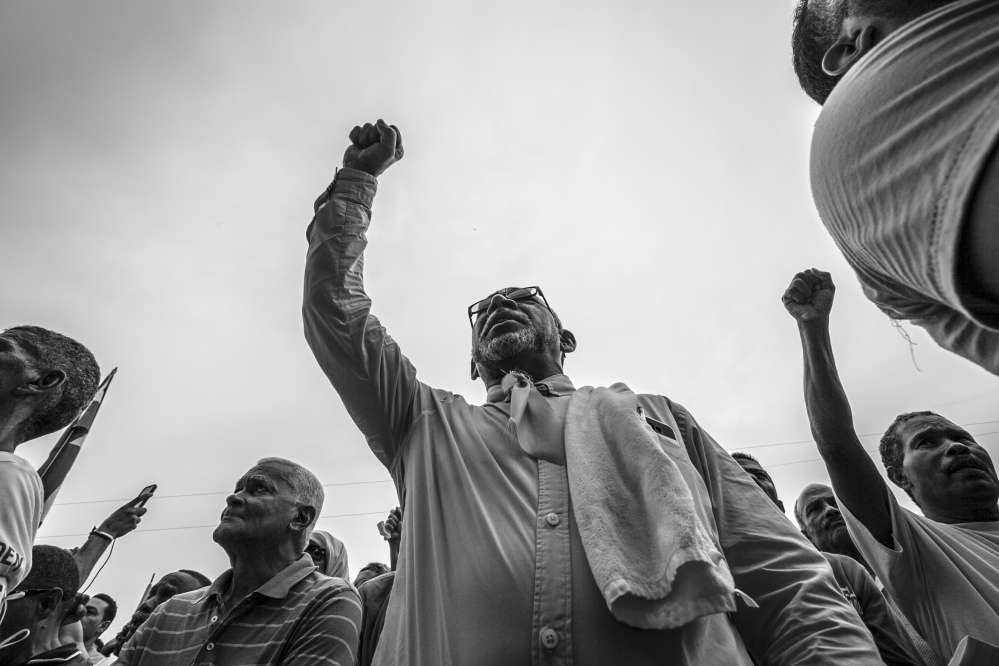 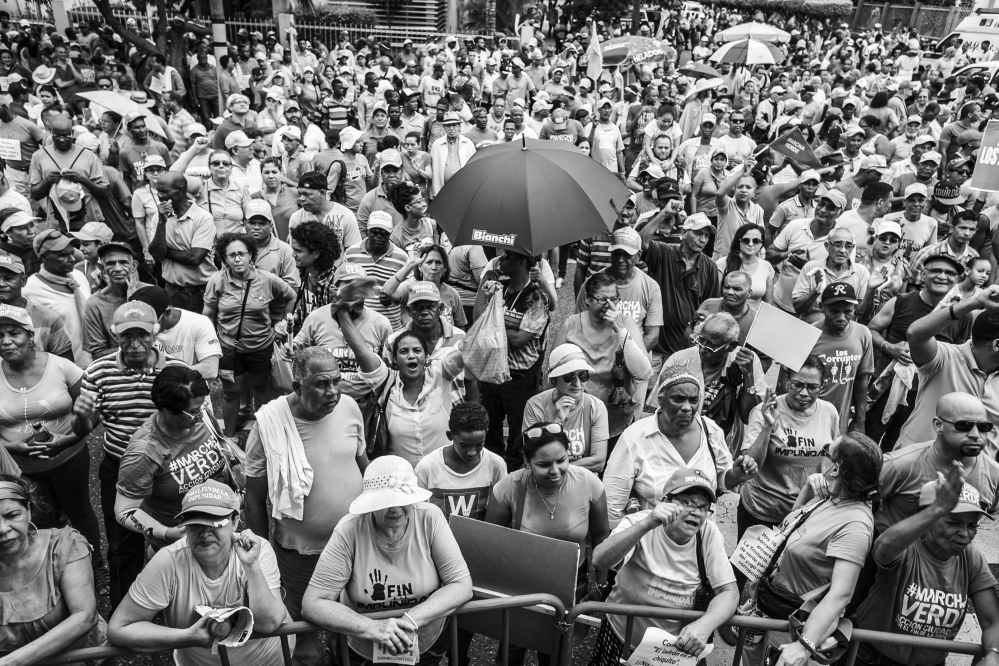 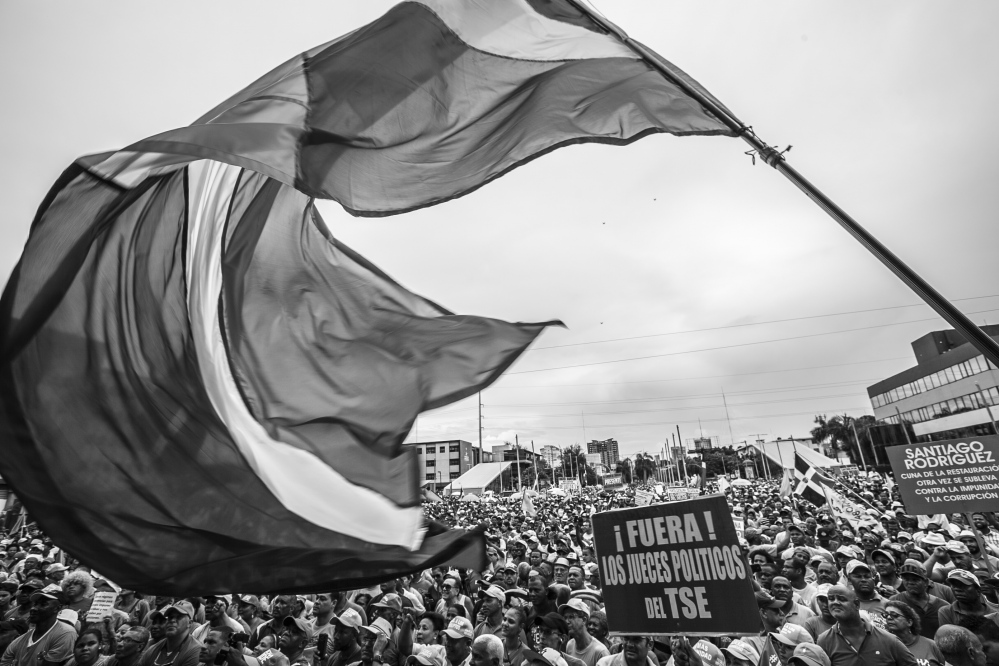 Demonstrator, mostly young and dressed in the green color of the country's environmental movement, overflowed across a six-lane thoroughfare in Santo Domingo, waving the red, blue and white Dominican flag as they chanted demands for ther president and other top officials to resign.

The protest was the biggest of seven demonstrations since January that followed an investigation revealing executives from Brazilian engineering company Odebrecht paid $92 million in bribes to officials from the poor country that shares a Caribbean island with the even more impoverished Haiti.

Odebrecht has paid $184 million in damages related to the bribery charges and 14 top officials and businessmen have been indicted in the case that has stirred up deep-seated anger over decades of suspected government corruption.

The scandal is weighing on the rulling Dominican Liberation Party, which will face a presidential election in 2020.

Organizers said Dominican immigrants marched in protests in other cities such as Miami, New York and Madrid. Demonstrations were largely peaceful, but previous protests saw clashes with police. Protesters have accused authorities of several beatings and illegal detentions of demonstrator, and a video caught several officers planting drugs in a car of one activist.

By Jonathan De Camps — Breaking Our Chains This was my fourth year documenting The Women's March protests. The first time was in Washington D.C. and the presence of..
Jan 20, 2020

By Jonathan De Camps — Interview from article   "Protesters demanding migrant families to be reunited march in Homestead"   by Gina Benitez Throngs of..
Jul 3, 2018

By Jonathan De Camps — GHOSTS IN AMERICA is a project about portraits of undocumented immigrants from different countries currently living in the United States of..
Dec 7, 2017

By Jonathan De Camps — On September 30, 2017  Black women in all their diversity marched from South Florida's Women's Detention Center to denounce the..
Nov 28, 2017

By Jonathan De Camps — What is P.R.O.M.E.S.A? Puerto Rico Oversight, Management, and Economic Stability Act. Is a federal legislation that establishes a Fiscal Control..
Jun 19, 2017

By Jonathan De Camps — Activists and Haitian Immigrants marched the streets urging the department of Homeland Security to renew the Temporary Protected Status (TPS)..
May 19, 2017

By Jonathan De Camps — Ghosts In America Portraits of Undocumented Immigrants     Ghosts in America is an ongoing multimedia project that shines a..
Apr 3, 2017

By Jonathan De Camps — "Dear #BlackLivesMatter" is a photography series taken during the summer protests in New York City sparked by the killings of Alton..
Jul 14, 2016