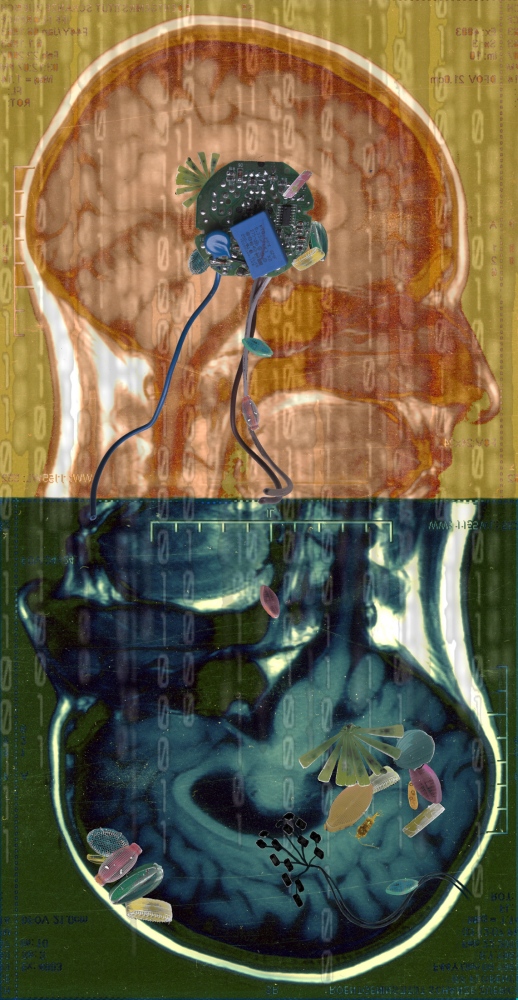 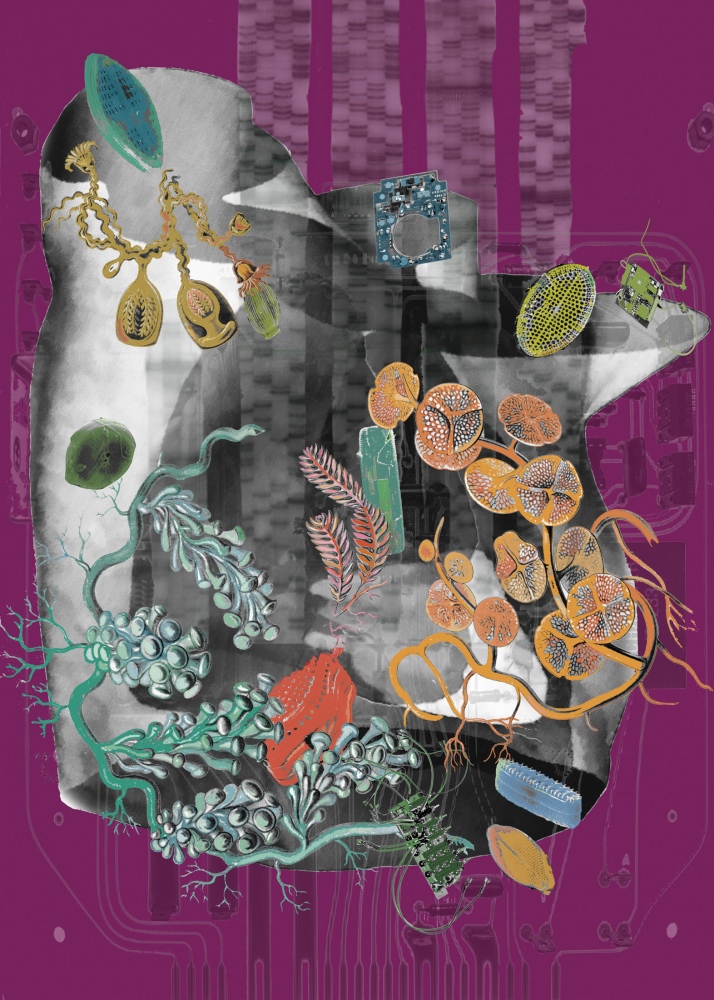 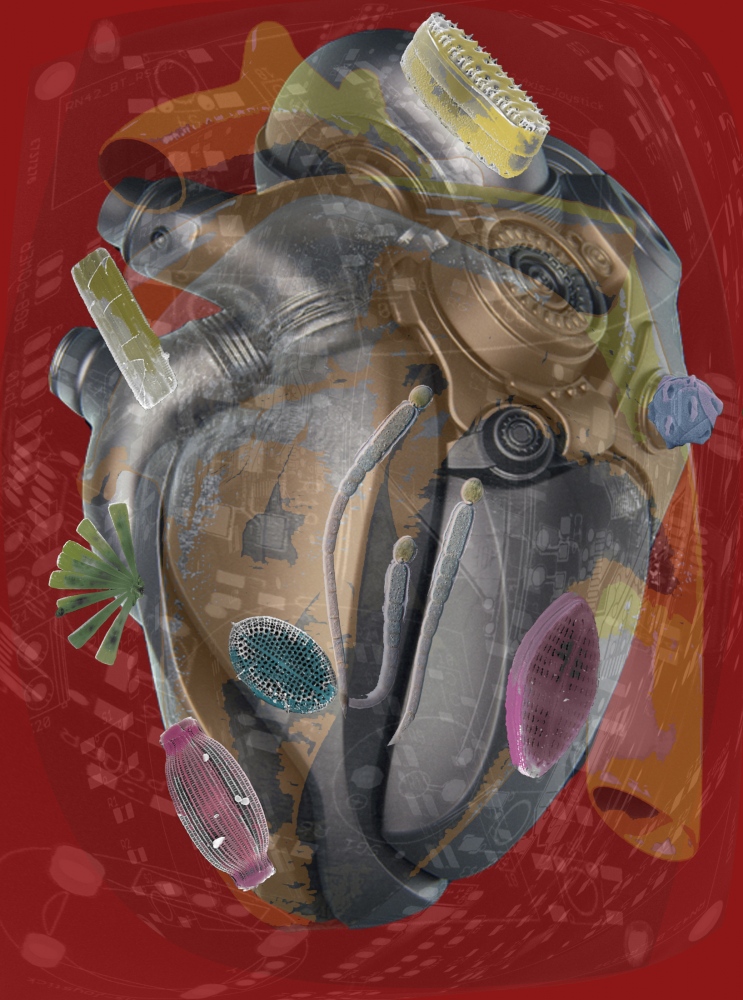 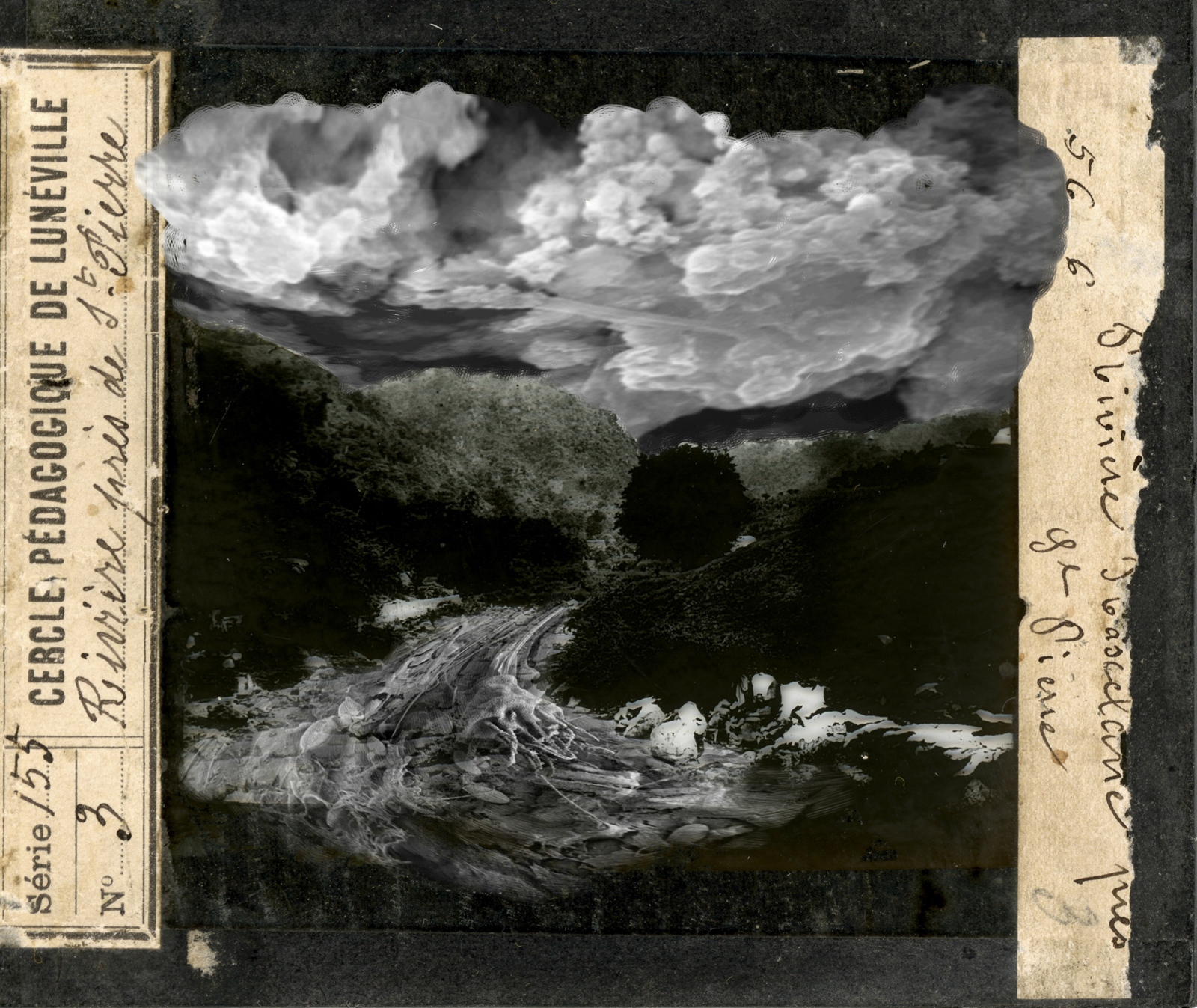 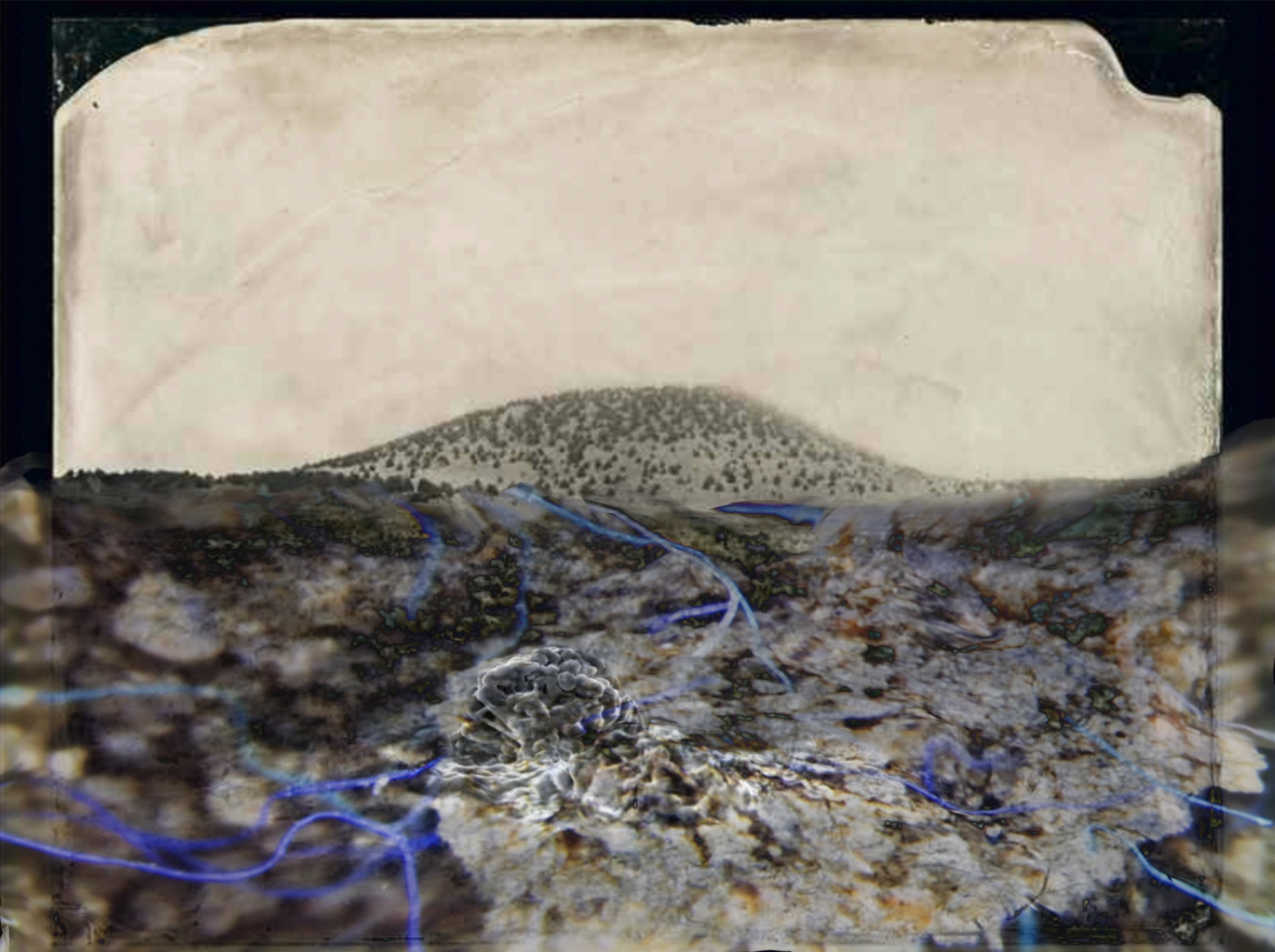 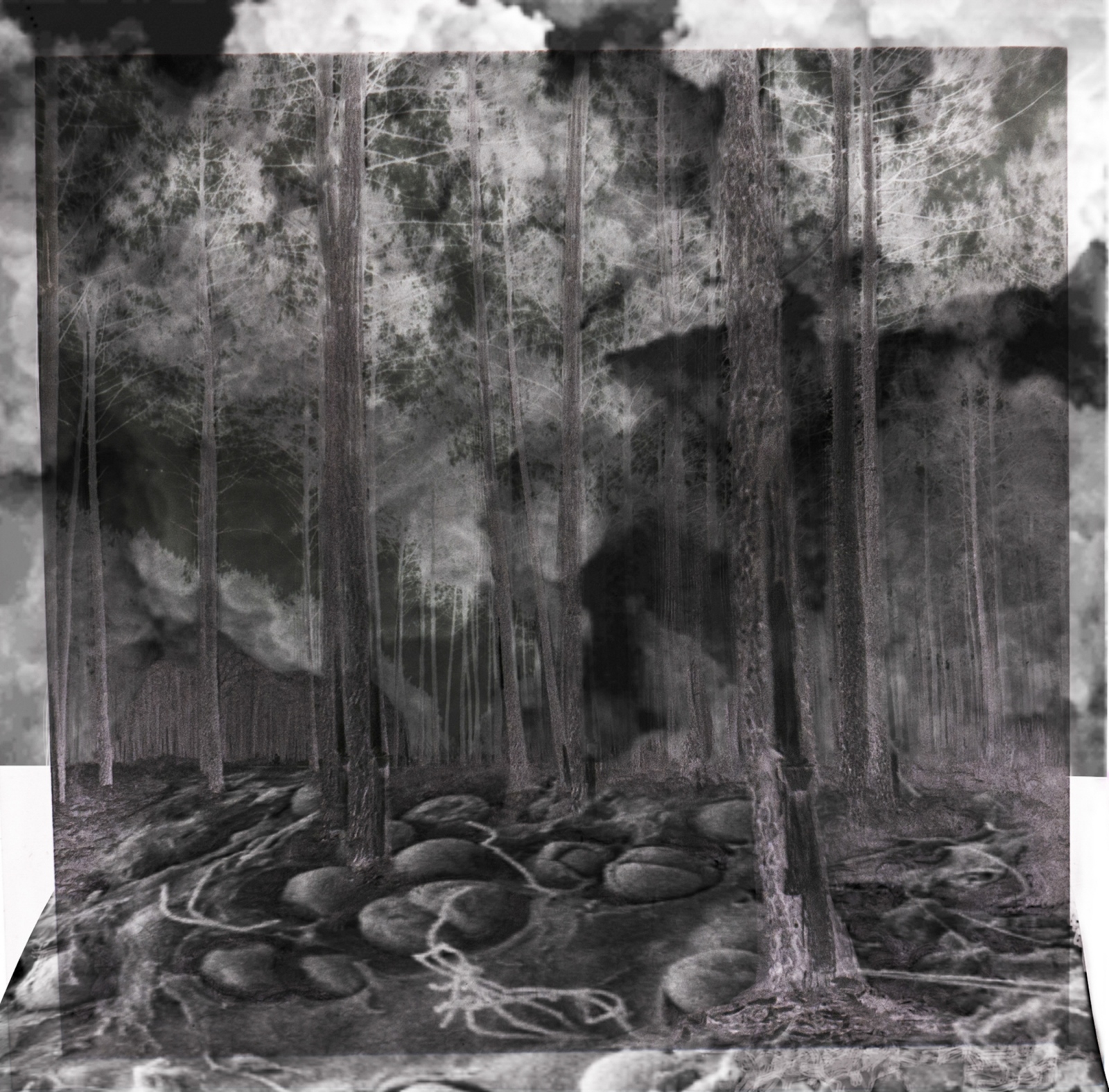 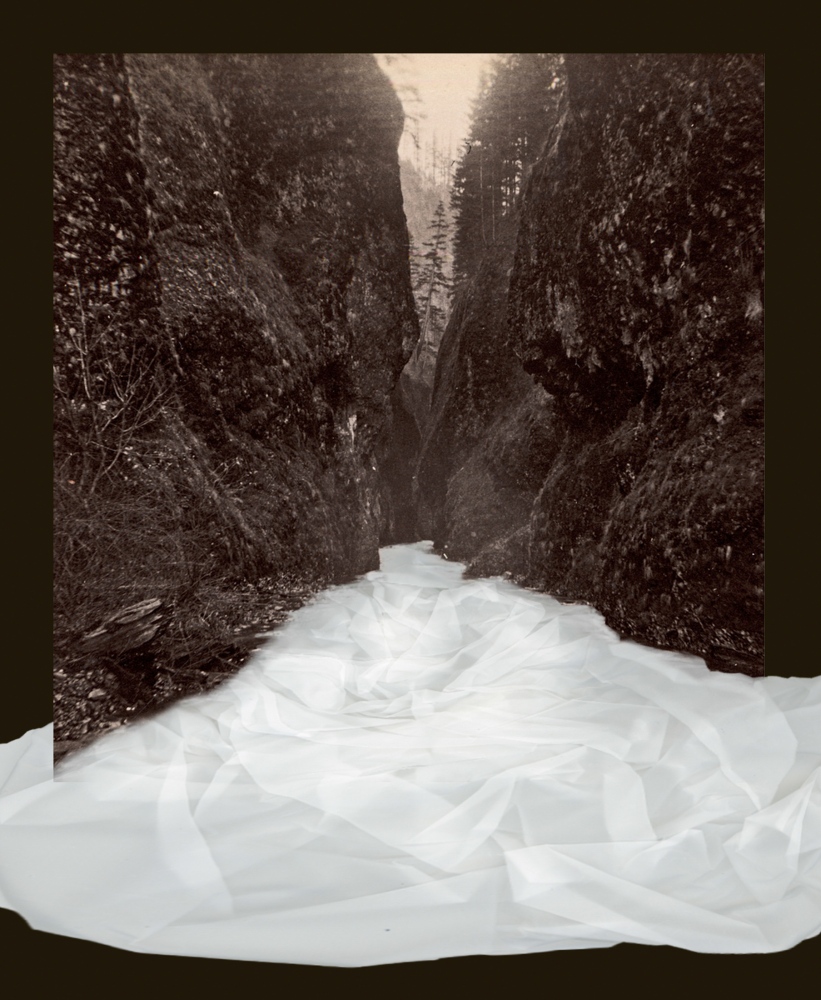 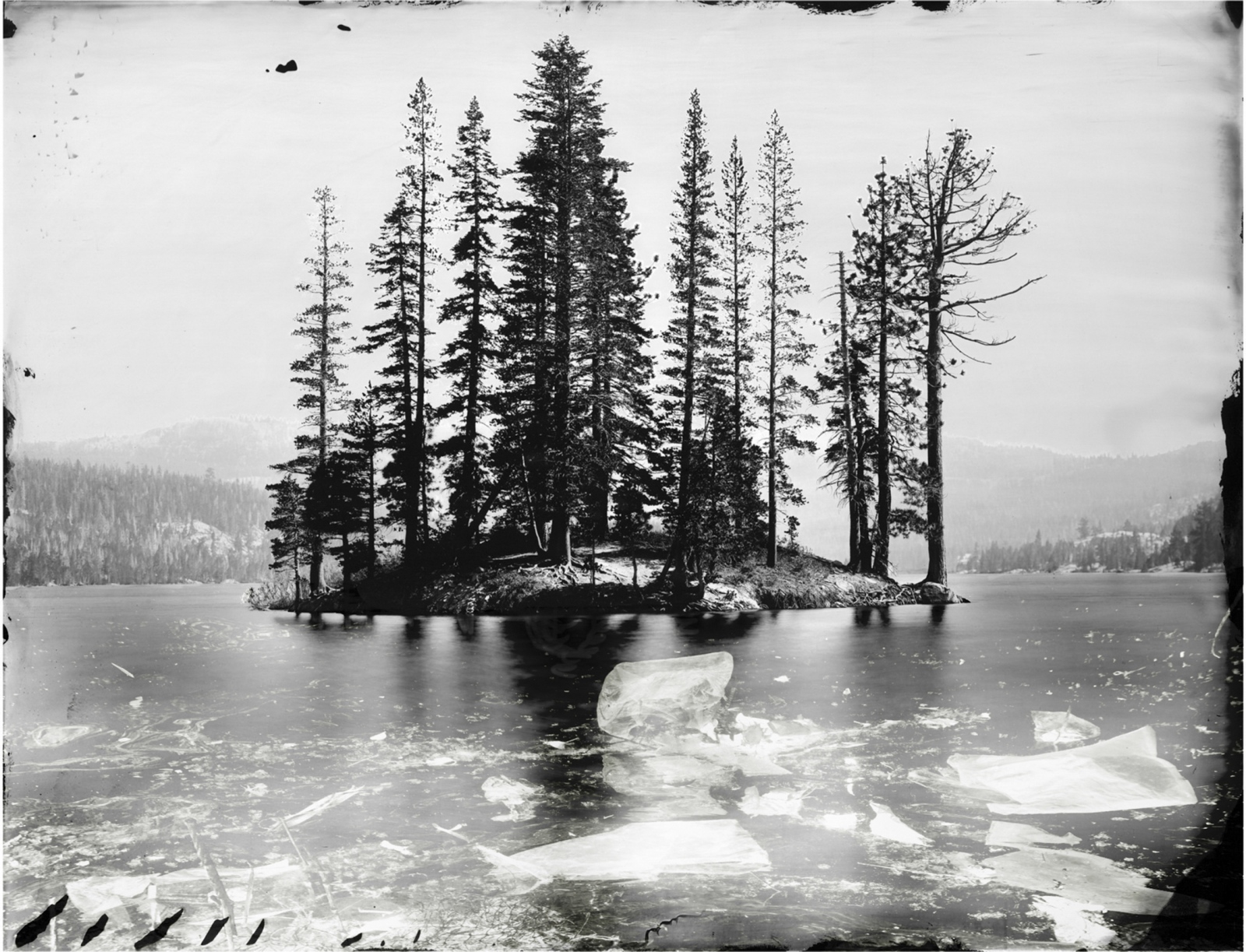 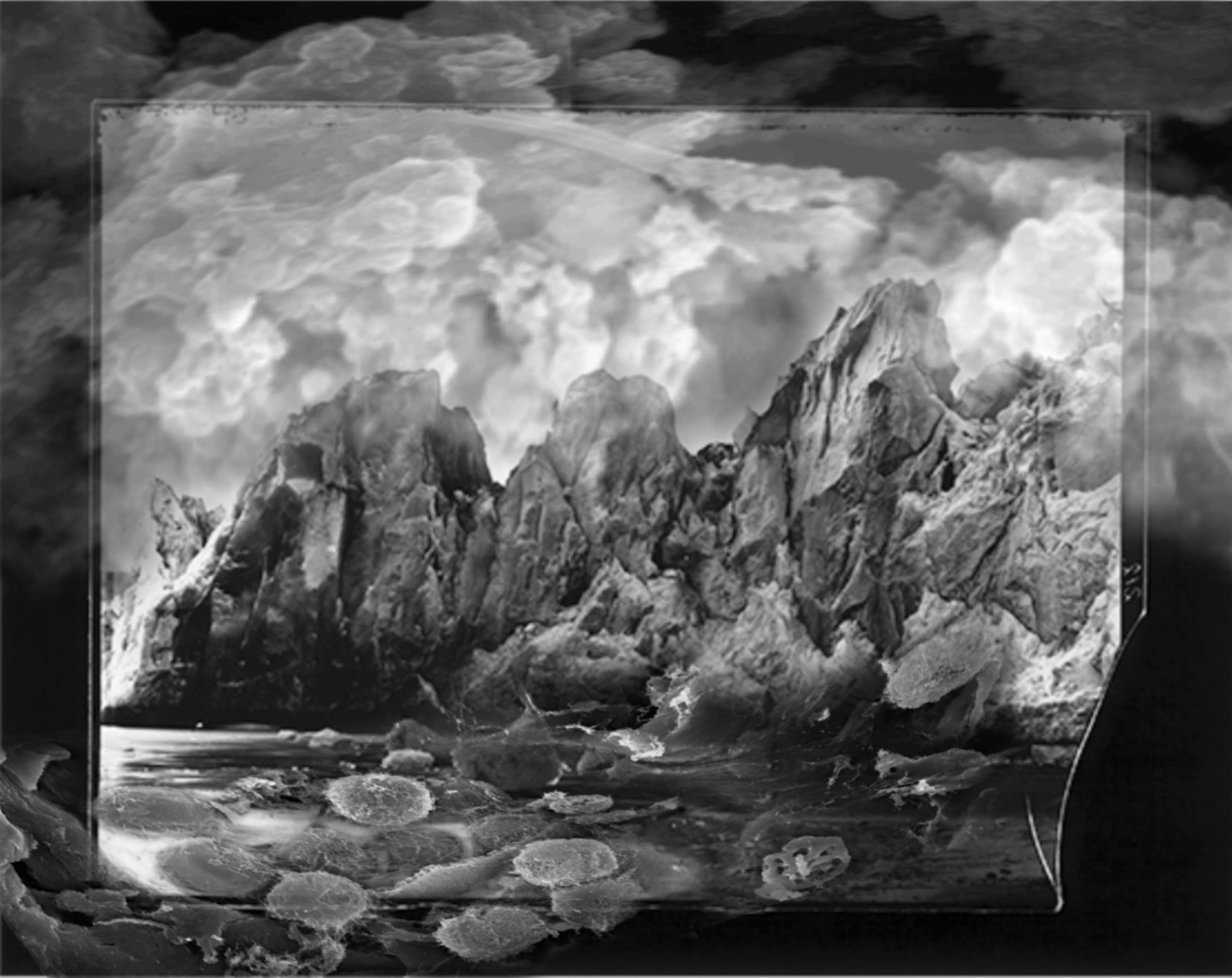 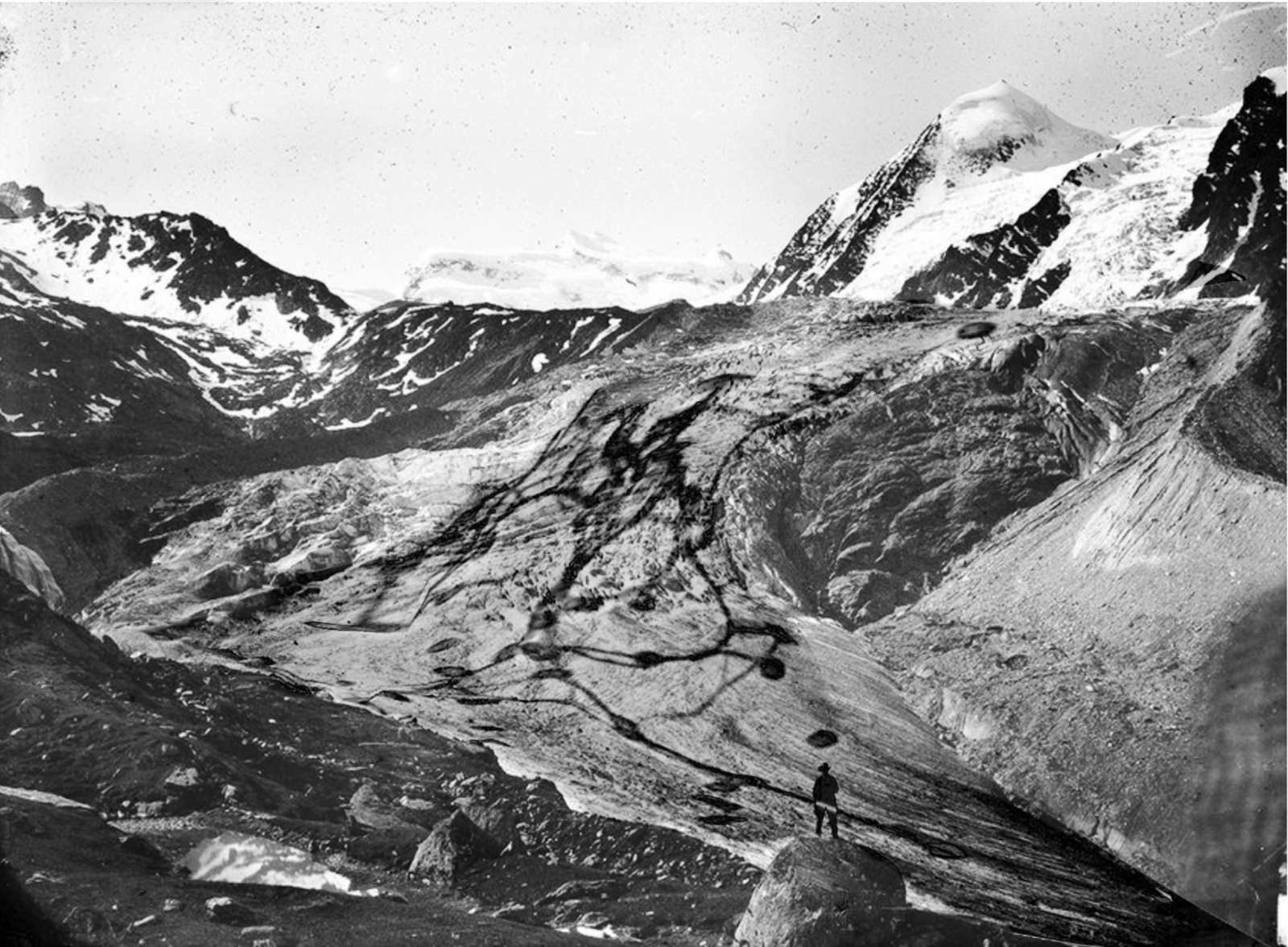 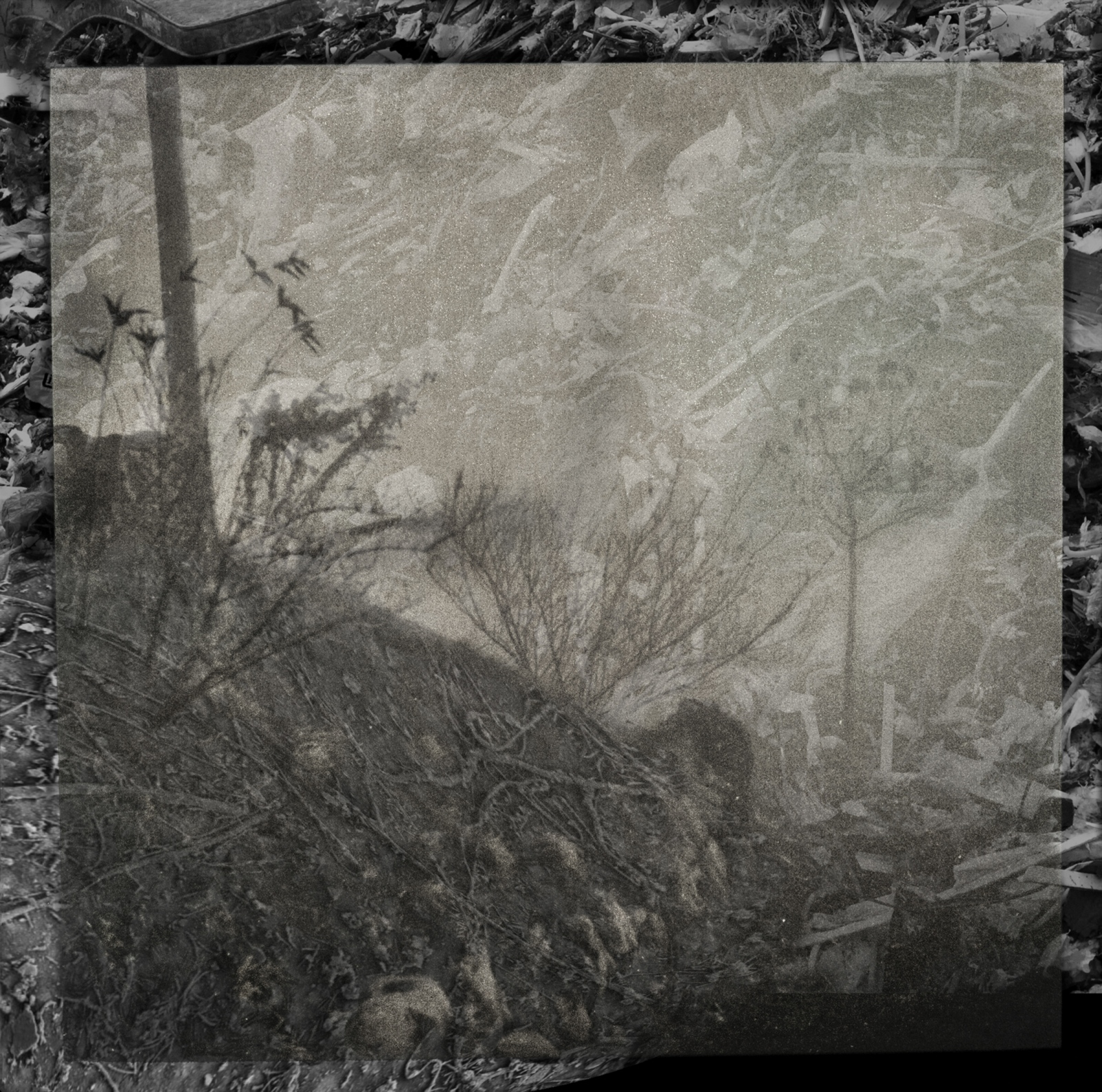 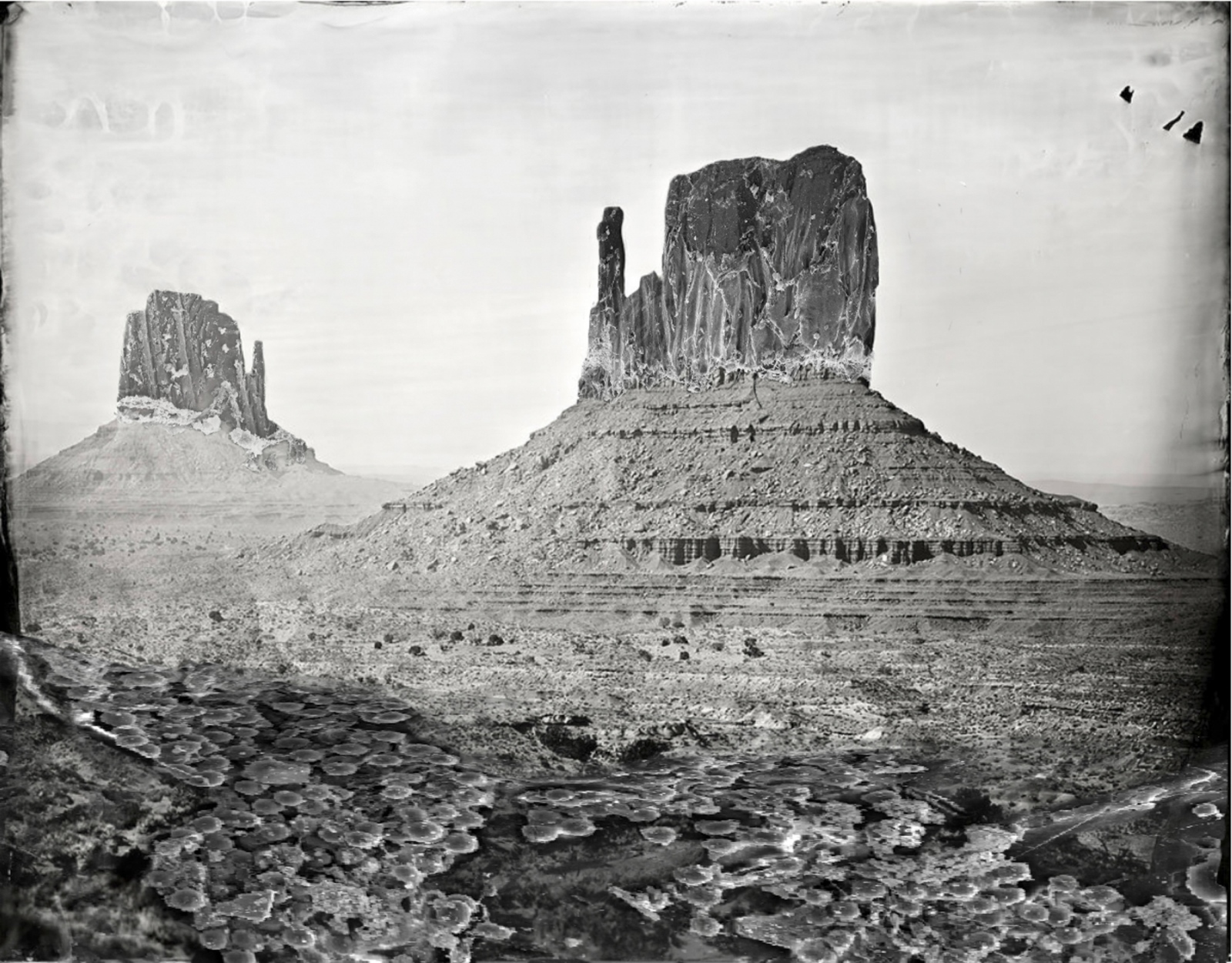 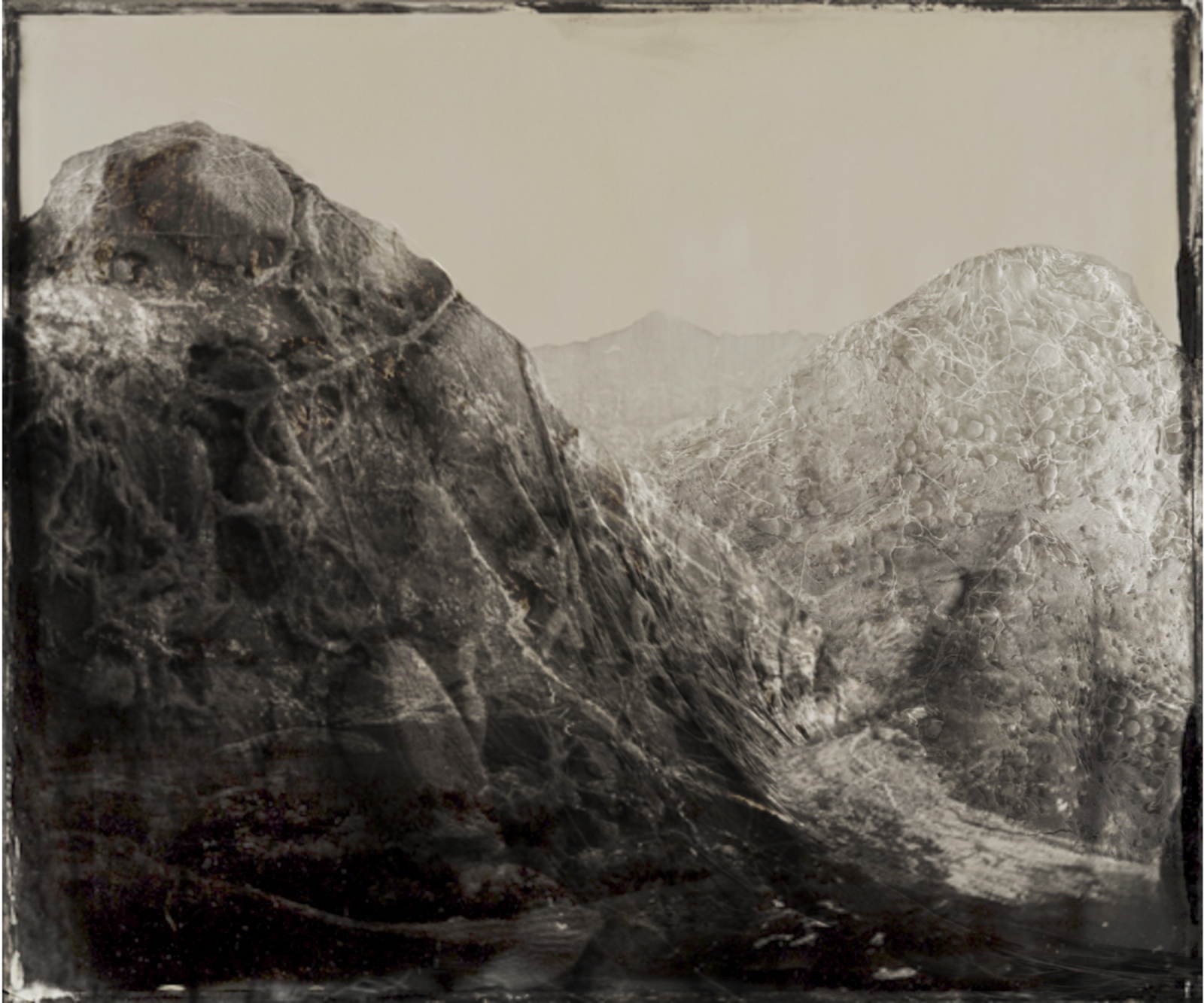 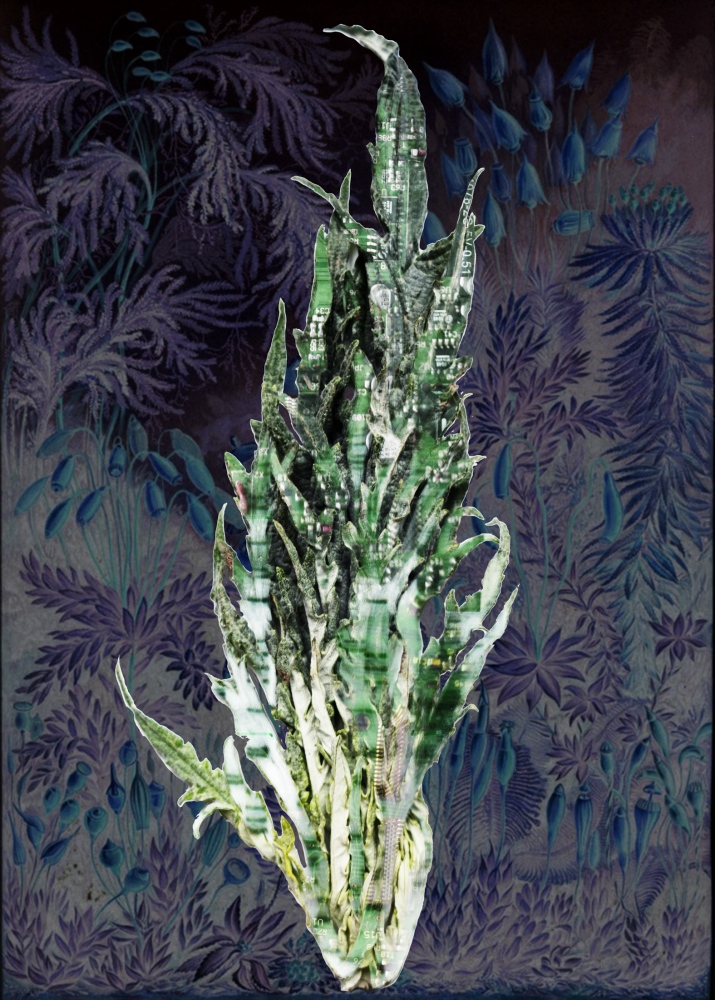 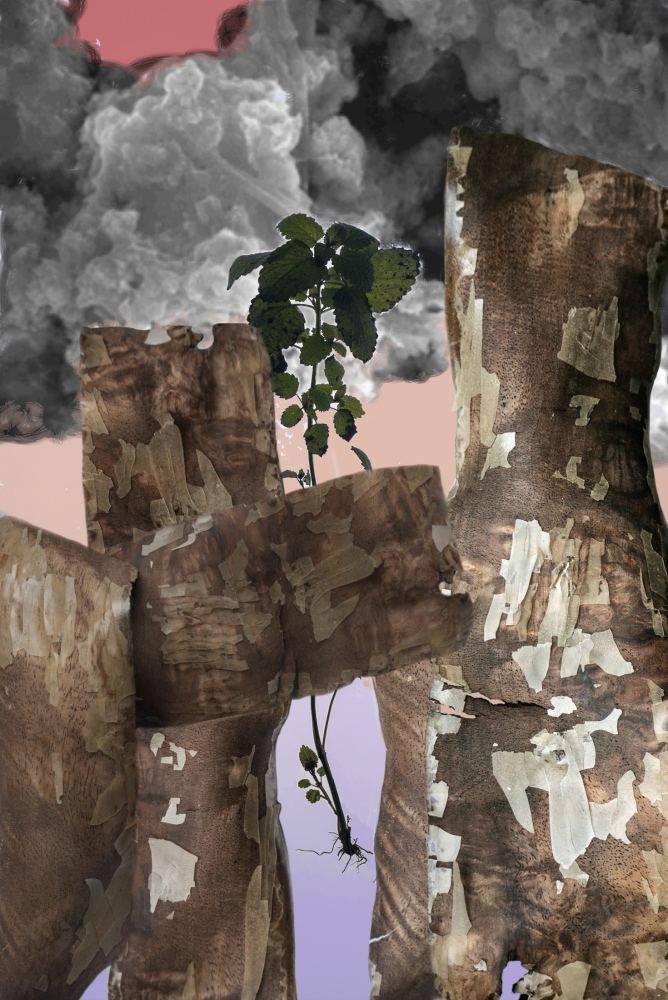 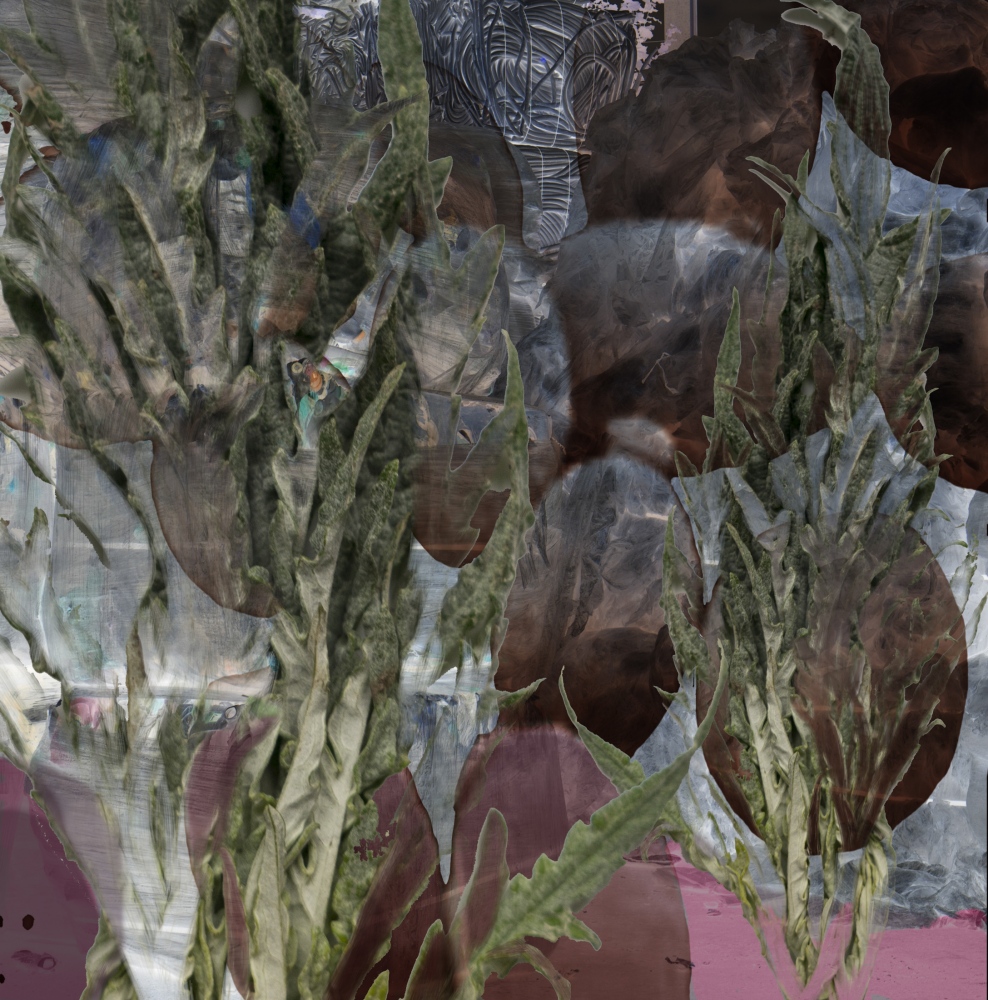 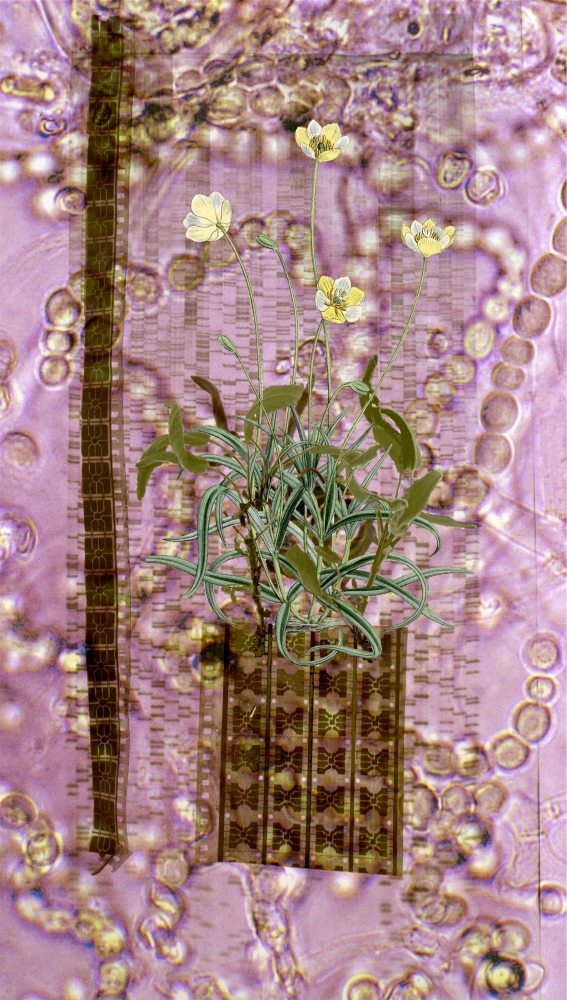 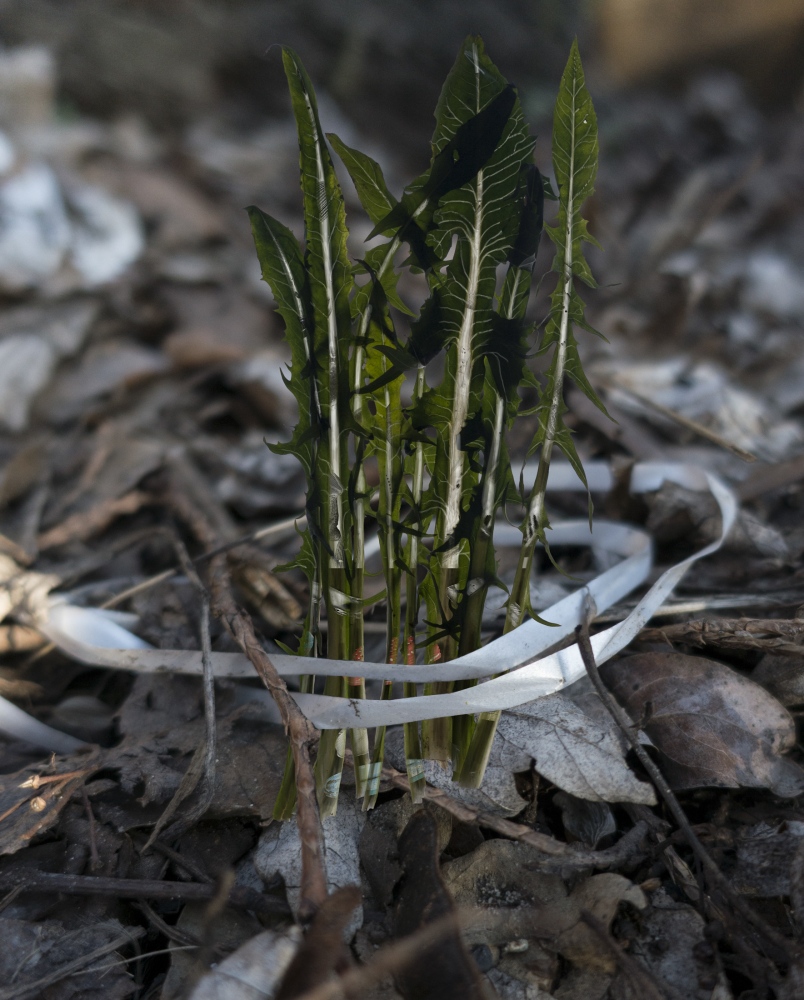 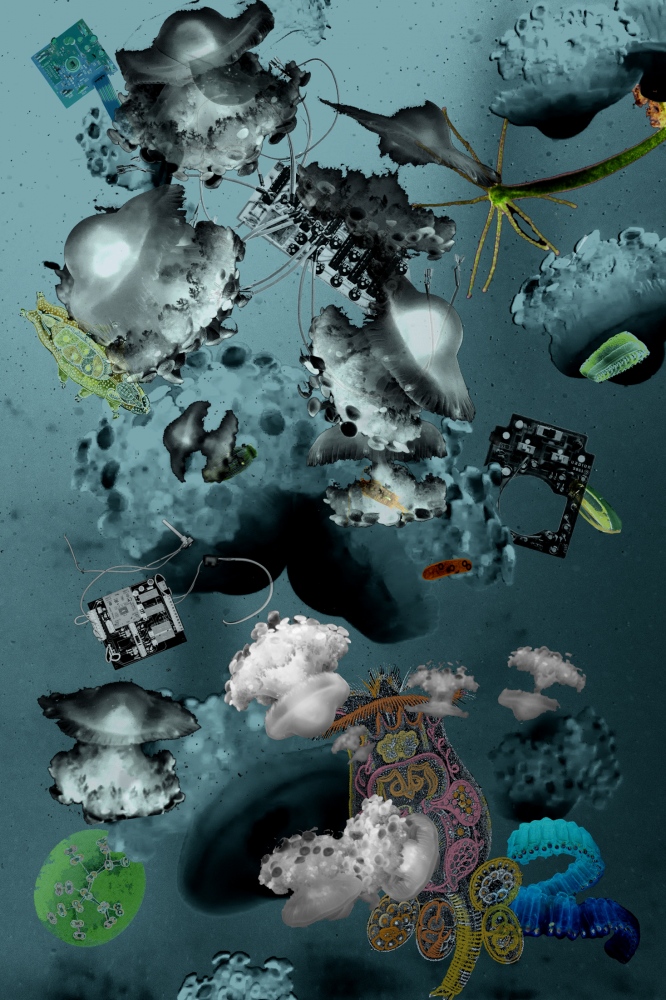 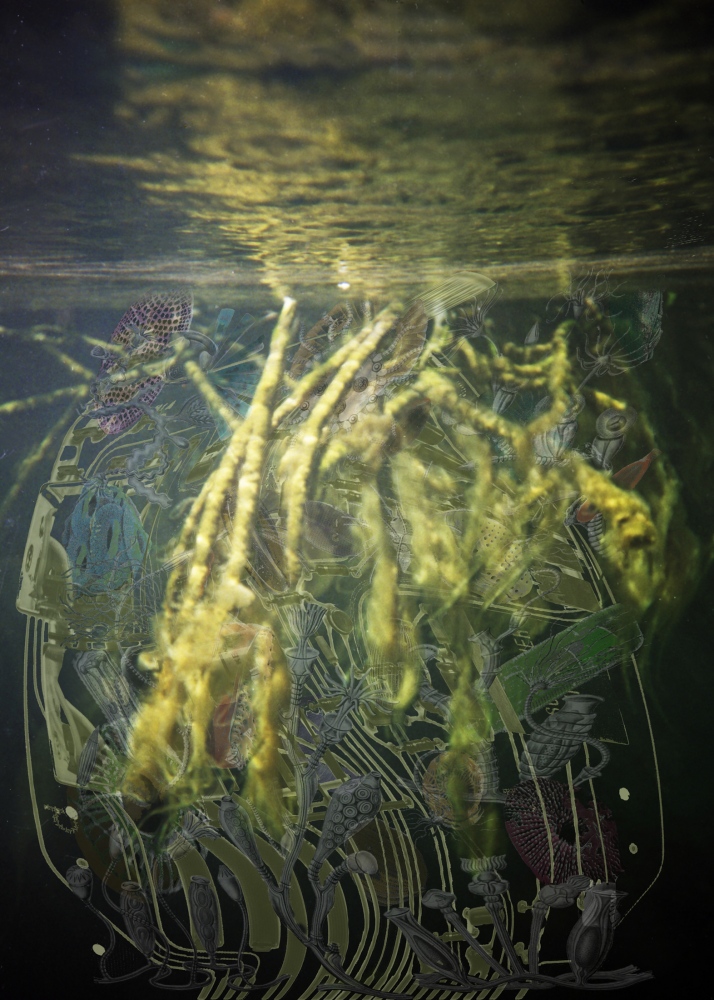 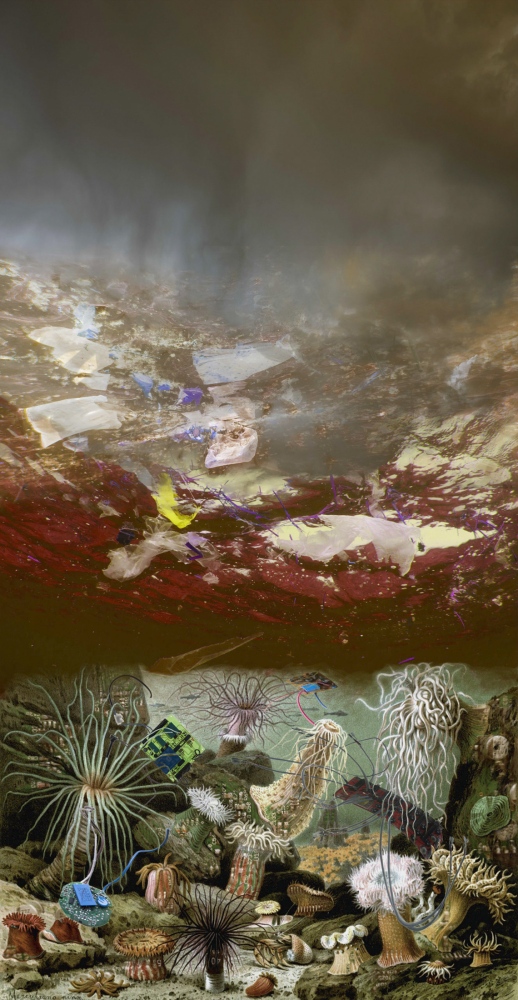 In my long-term and multi-part project on the Anthropocene I examine fragmentation and how old and new matter merge to an unknown amalgamate through technical and biochemical interventions.

Never-before-seen chemical and physical processes revolutionize our world, modify the molecular structure of earth, air and water, create new molecules, bacteria and micro-organisms that irrevocably change the body and life of human beings. As soon as a demarcation between different materials is no longer possible, elements of animate and inanimate matter increasingly mix.

It is believed that most of these changes are caused by microplastics that meanwhile permeate earth, water and air. As the biosphere describes life on the earth's surface, the floating plastic waste that is by now colonized by organisms and represents a new marine ecosystem is called plastisphere.

For this part of my project I extended the plastisphere to the earth, plants and the human body, since all life is dependent on water and microplastic has recently been detected both in the spring water of the Alps and in the human intestinal tract. Thus the cycle of infection is closed and a change of the DNA structures of all organic life is foreseeable.

Since everything on earth is infused with microplastics, the pictures show scientific depictions of microbes and bacteria that have settled on plastic waste and can either transmit life-threatening diseases or decompose plastic into even smaller parts.

This body of work consists of digital collages using ancient and contemporary representations of all above mentioned subjects. I either compose settings and photograph them to later assemble them with other images or I use as primary source scanned or reproduced ancient images from the fleamarket or webbased pictures to be completed with digital elaborations.

By Florence Iff — On my search of traces of the Anthropocene I have created layered images by means of cyanotype-process. Old..
Mar 2, 2020

By Florence Iff — For this work I have reintegrated elements from my previous work 67P to further develop the subject of..
Oct 22, 2018

By Florence Iff — During my research on new types of molecules, microbes and bacteria living in the Anthropocene on inorganic..
Oct 22, 2018

By Florence Iff — This project is an investigation on light, time and space on the one hand within the subject of photography..
Dec 12, 2017

By Florence Iff — Due to health problems within my family including myself this work derives from a long- term engagement..
Jan 11, 2017

By Florence Iff — This work symbolizes a psychological state of human existence. We like to think of ourselves as an entity,..
Jan 11, 2017

By Florence Iff — Back in 1998 I created a photographic series comprised of 20 female friends wearing the same red-haired..
Nov 1, 2016

By Florence Iff — Whenever I encounter Thuja as a privacy hedge I'm overcome by a feeling of both, rejection and repulsion as..
Oct 26, 2016

By Florence Iff — I’m investigating visual fragmentation, by exploring the perception and mapping of spatiality. The viewer..
Oct 26, 2016

By Florence Iff — In the beginning of the photographic era people could mostly afford one single portrait of themselves,..
Oct 26, 2016

By Florence Iff — I am interested in the remains of a historical past, which people still try to maintain by finding new ways..
Mar 9, 2016