Photographer
After Dark
Follow Hire
Profile
Stories (6)
Location: Madrid
Nationality: italy
Biography: I was born and Turin a spring of 1983 from an Italian father and Brazilian mother. I grew up in a multicultural environment that gave me the opportunity to absorb a little of each one and become a more open and prone to see diversity as a plus. My... read on
Focus: Photographer, Reporter, Travel, Documentary, Creative, Photography, Culture, Arts & Culture, Freelance, Editorial Page
Skills: Adobe Photoshop, Adobe Premier, Apple Final Cut Pro, Book Layout/Design, Web Design, Photojournalism 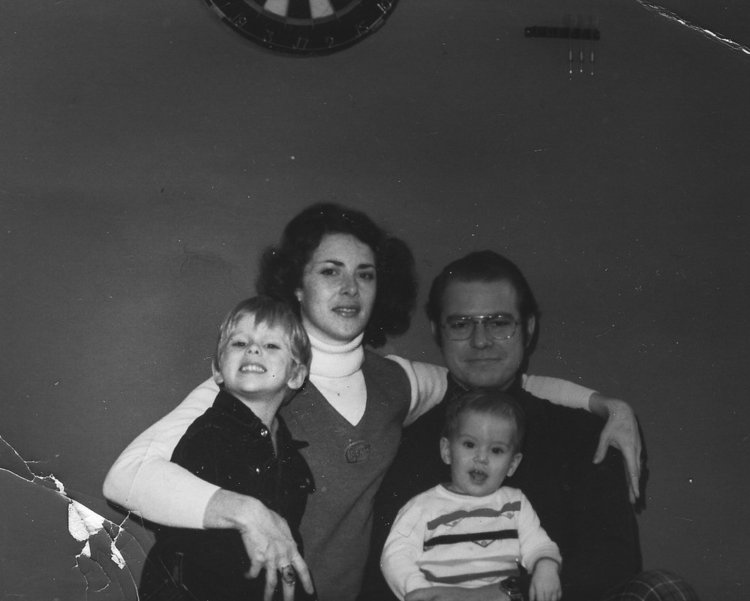 1 of 16 © 2021 David Sacco
Born and raised in the state of Wisconsin, he grew up in the city of Milwaukee.
He describes his childhood as “idyllic” and full of love and the only suffering that he experienced was the emotional violence of growing up in an alcoholic household.
His parents eventually split up when he was 18. 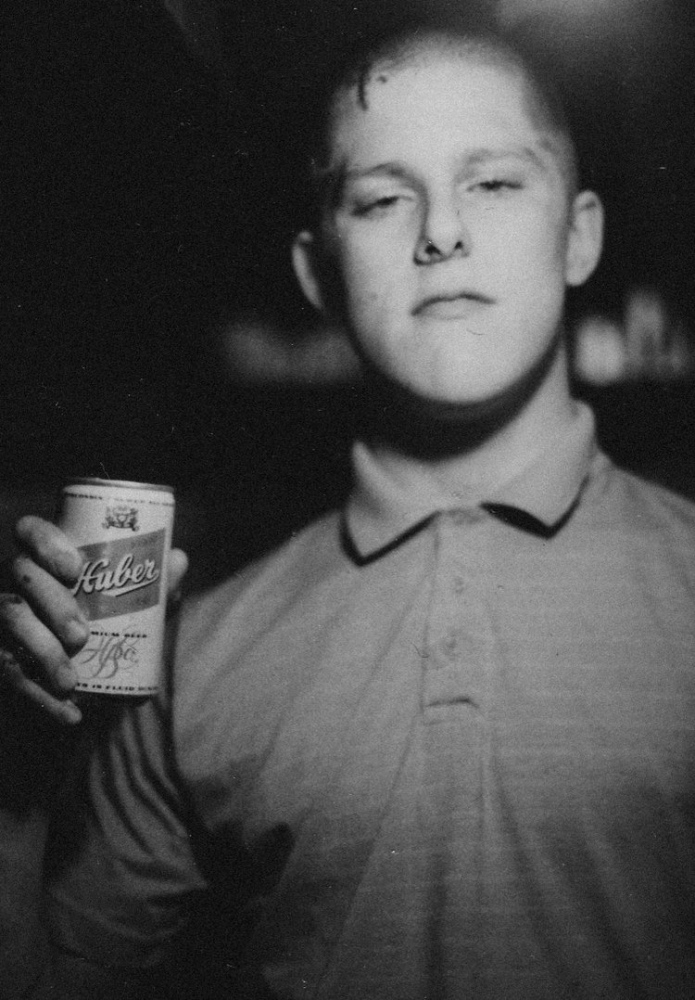 2 of 16 © 2021 David Sacco
"At 16 I was already an alcoholic, just like my father alcohol took possession of my life and that was the time when I decide to became a white power skinhead. The thrill of violence became a habit for me. "

Later, Arno would become one of the founding members of Northern Hammerskins, one of the largest White Supremacist organizations in the world during the 1980s / 90s and now known as Hammerskins Nation with cells all over the world. 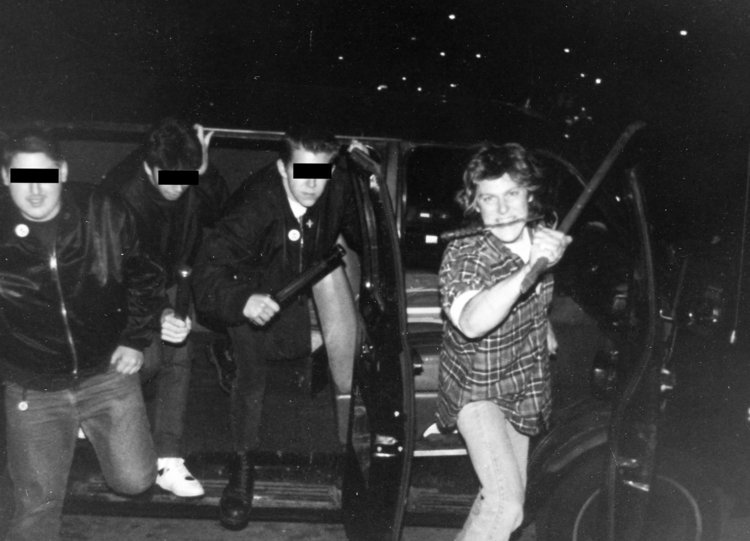 3 of 16 © 2021 David Sacco
"I spent my days drinking gallons of beer and indiscriminately attacking afro-americans, latins, gays and other ethnic minorities for fun, often hitting them so hard that more than once I even had to call the police to make sure I had not killed anyone. "

That was the mindset. " 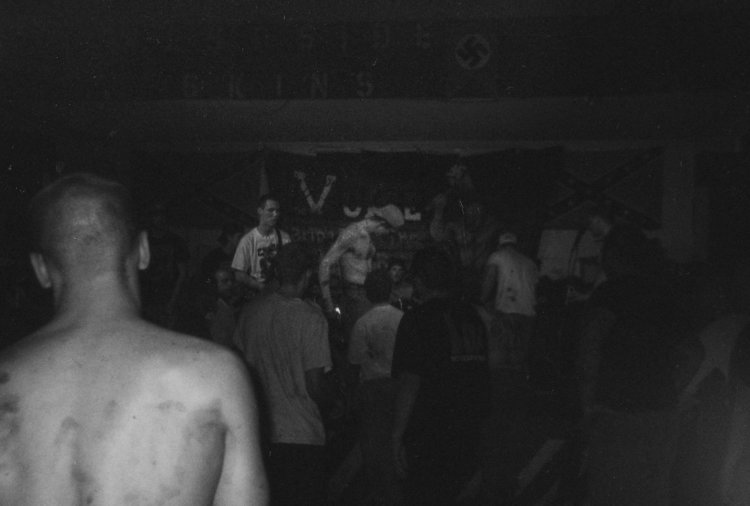 4 of 16 © 2021 David Sacco
Arno was the frontman of a White Power Metal band called Centurion, whose CD "14 Words" that sold more than 20,000 copies around the world. He remembers to have hooked on this music by listening to Skrewdriver, an iconic British band among Skinheads in the nineties. Music was not only the most effective recruiting tool, but also the largest source of income for white supremacist movements.

" Every time we played someone was taken out in the ambulance, and it wasn’t our audience beating other people: they were beating each other up to the point of hospitalization. It was brutal, and we liked that, we made our music to provoke that level of violence. We wanted people to get crazy to the point they wanted to tear someone apart " 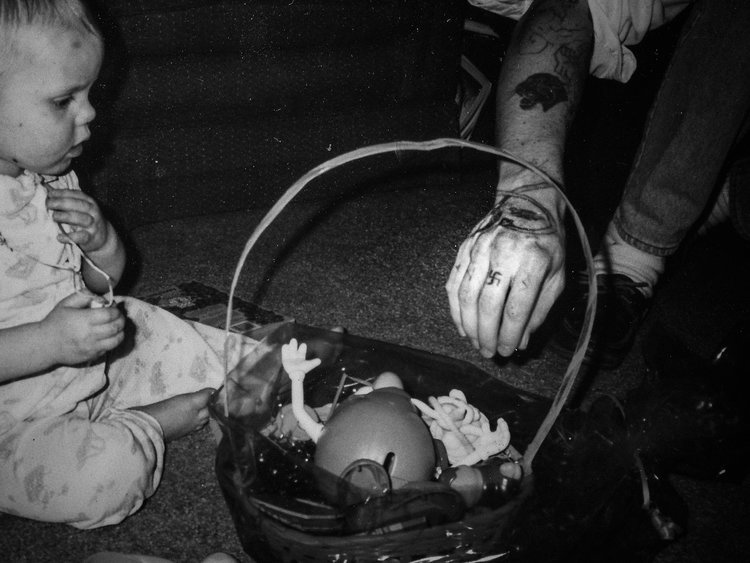 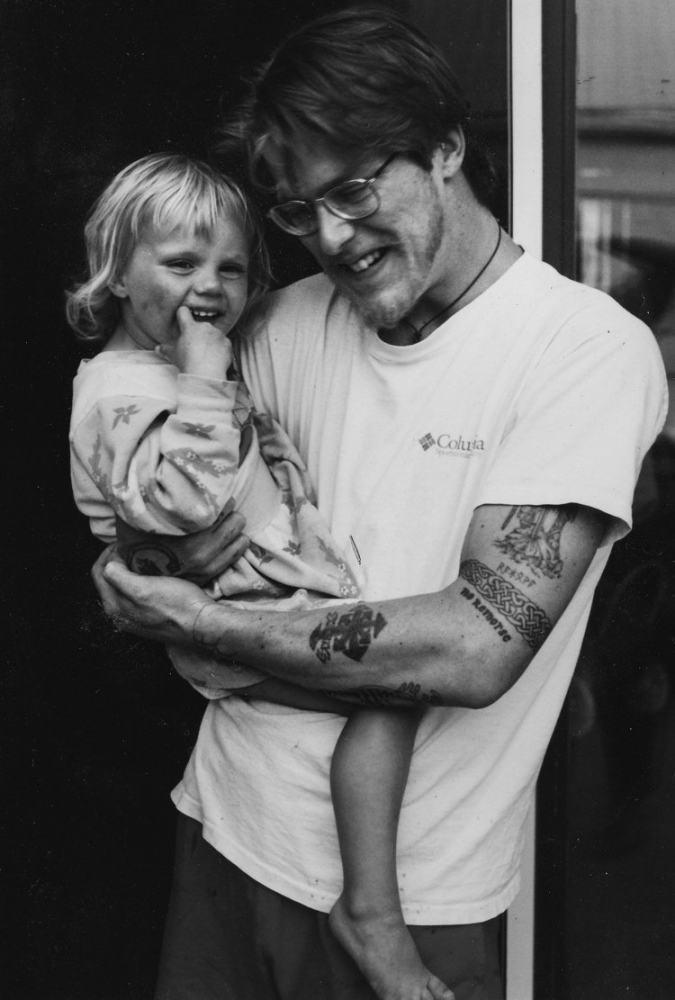 6 of 16 © 2021 David Sacco
"... just two years later my relationship with his mother ended and becoming a single father was, paradoxically, my salvation, I decided to be a good dad first and foremost, living a life filled with hate just wasn't possible if I wanted to do that. " 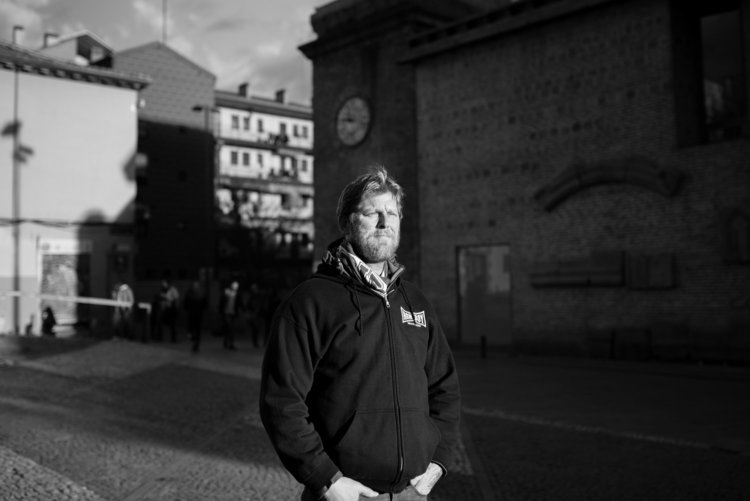 7 of 16 © 2021 David Sacco
In 1994 after seven years living the life of a white power skinhead, Arno Michaelis left the movement for good.

"At first the idea of leaving the movement was intimidating, as I was a big deal within it. I was one of the first hammerskins. I was the lead screamer of Centurion, we had groupies. It was sex, booze, and rock-n-roll. There was a lot of people who were afraid of me, a lot of people seeming to respect me. I was a bit of a legend. I was a very important person in the movement.
Outside of it I was an alcoholic high school drop-out working in a shitty factory job. I was nothing. I was behind of nothing. I was less than most people because I didn’t achieve what I was supposed to achieve.
So, it was intimidating at first, but once I took the first peek outside the ideological and spiritual box that I put myself in, I realized that there was an amazing world that I denied to myself.” 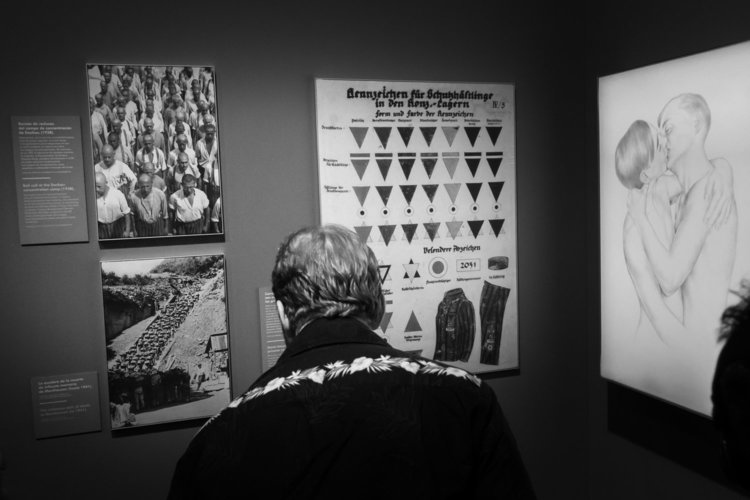 8 of 16 © 2021 David Sacco
He continued to battle alcoholism for another 10 years, immersing himself into the Midwest rave scene, where in spite of the many questions about the swastikas and other white power tattoos, he met very different kinds of people who welcomed him despite his past.

"I started thinking more consciously about what was around me. Very quickly I was keen to experience diversity. I wanted to be in places with different kinds of people, different cultures, religions, food and everything … music… the more diverse it was the more I liked it.
I was changing the point of view. " 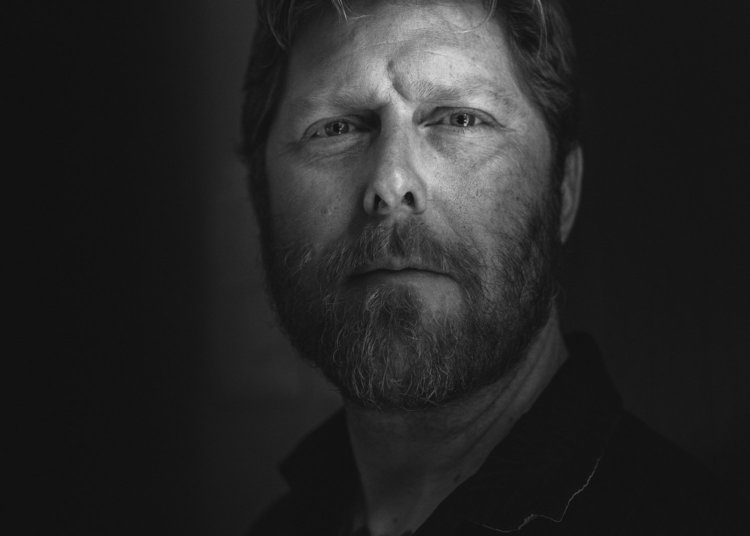 9 of 16 © 2021 David Sacco
On Aug. 5, 2012, a mass shooting at a Sikh temple in Oak Creek, Wisconsin, rocked the community and the country. The shooter, 40-year-old Wade Michael Page, was reportedly a member of the Hammerskin Nation, the skinhead gang Arno helped create. Feeling driven to do respond in a positive way, Arno connected with Pardeep Kaleka, whose father was the last person murdered in the shooting. They were both members of the Against Violent Extremism network, and they decided to meet in person.

"When we first met, he asked me a simple question. Why? and I replied: Practice. When you practice violence you become familiar with it and things like love, compassion and kindness become uncomfortable so you reject them, you find yourself literally running away from every situation in which you experience humanity"

Today they are the closest of friends, and co-founders of Serve 2 Unite, an organisation centred around youth of all backgrounds mentoring and peacebuilding, in an effort to steer vulnerable kids away from all forms of extremist ideology and cultivate a society where all people are valued and included. 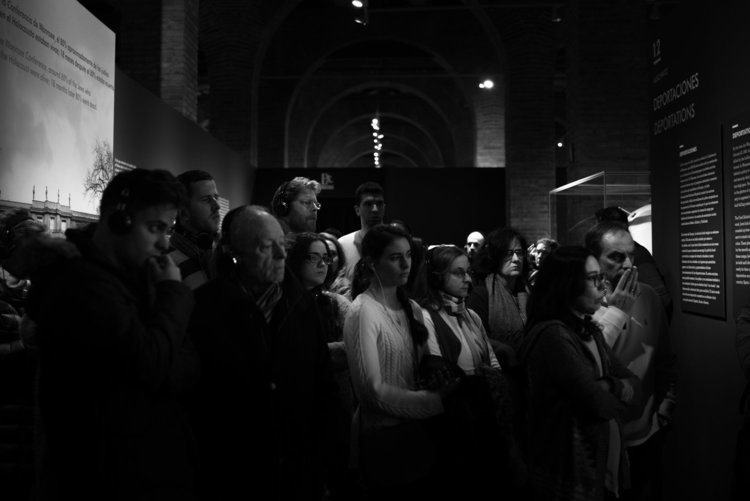 10 of 16 © 2021 David Sacco
" Wade Michael Page is a reminder of who I was. He was a white power skinhead, he was part of the gang that I helped to start. He was quite likely a fan of my band. It’s frightening but at the same time I’m grateful everyday because of people like Pardeep who had the bravery to defy my hostility. People like a Jewish boss, a lesbian supervisor, blacks and Latino co-workers who had the courage to treat me with kindness when I least deserved it. Because of them, I’m no longer him." 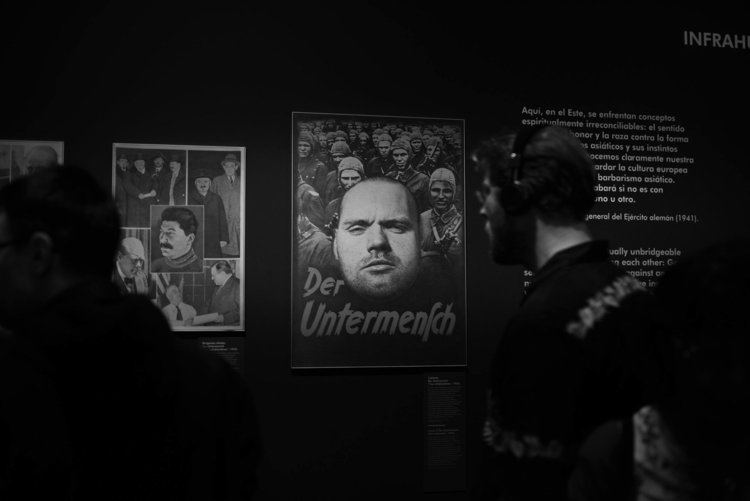 11 of 16 © 2021 David Sacco
“All violent extremist groups gain members by answering basic human needs that are not met otherwise. In places where there is social instability those may be very core basic human needs like food and water, or a job. In places like Europe or the United States those are more emotional. Every human being needs a sense of identity, purpose and belong. Fortunately, most people find answers to these needs in a healthy way: it may be through a great family, sports, music, whatever. But when those needs aren’t met in a healthy way, violent extremist ideologies of all sorts are out there to give a toxic answer.
In my human experience I’ve learned that hurt people hurt people, healthy people don’t. Everybody suffers, but If you are not able to process your suffering in a healthy way, that pain can very easily be transferred to someone else.
That’s how radicalization starts; you look for someone with those needs unmet, typically someone with some background of trauma People who haven’t experience trauma are simply not capable of hating and hurting other people. You look for suffering. When you find it, you have someone ready to be a recruited in a violent extremist organization.” 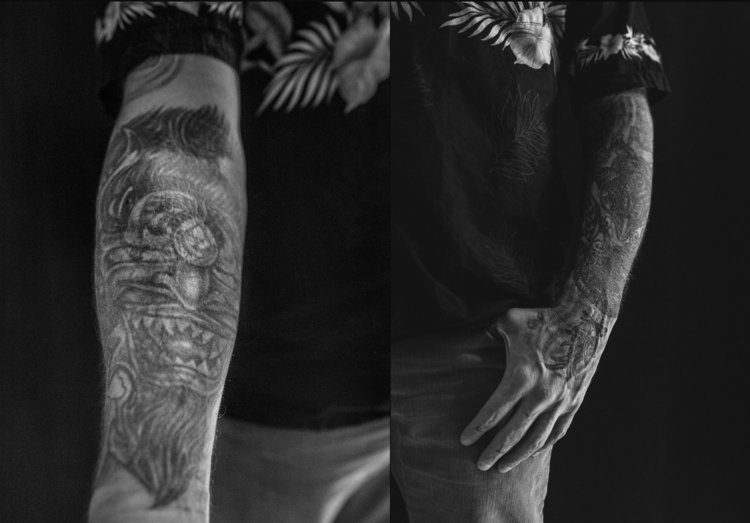 The swastikas tattooed on his right arm had been covered up by other ink, but they could not be erased. He decided to tattoo a demon’s face to acknowledge his dark side. 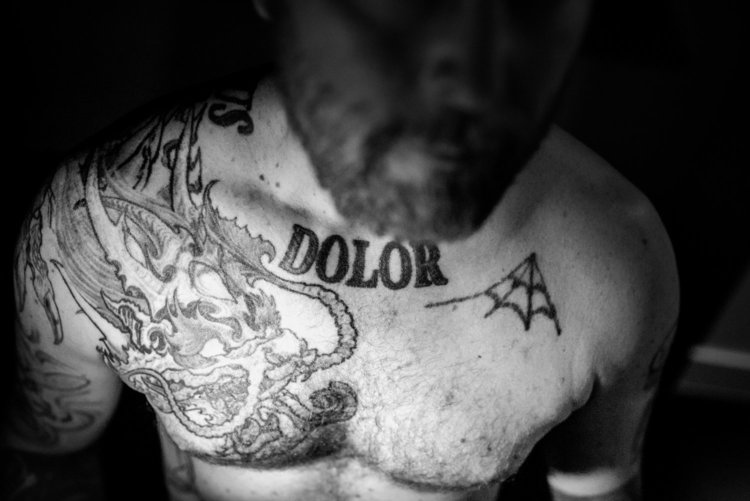 13 of 16 © 2021 David Sacco
“Human beings will never be free from pain, nor should we ever be. Pain is an unvaluable teacher as well as a builder of character and vehicle of spiritual growth”. 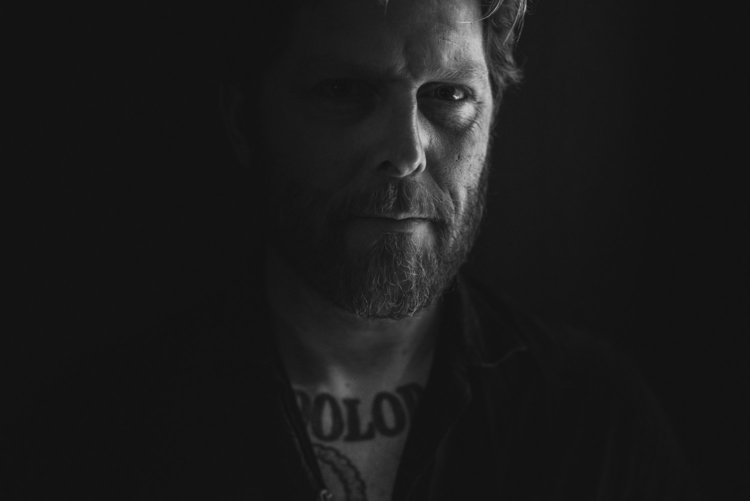 14 of 16 © 2021 David Sacco
“The political situation in the United States and Europe are quite similar: the political poles influence each other. The more noise from the far Right, the more push back for the far Left, which pushes the far Right to amplify, which pushes the far Left to amplify. They are feeding each other. This political dynamic is driving people from the center to the edges of the political spectrum and that’s why both movements are growing so much. And no one involved wants to acknowledge these social mechanics as they refuse to admit that they are part of the problem.” 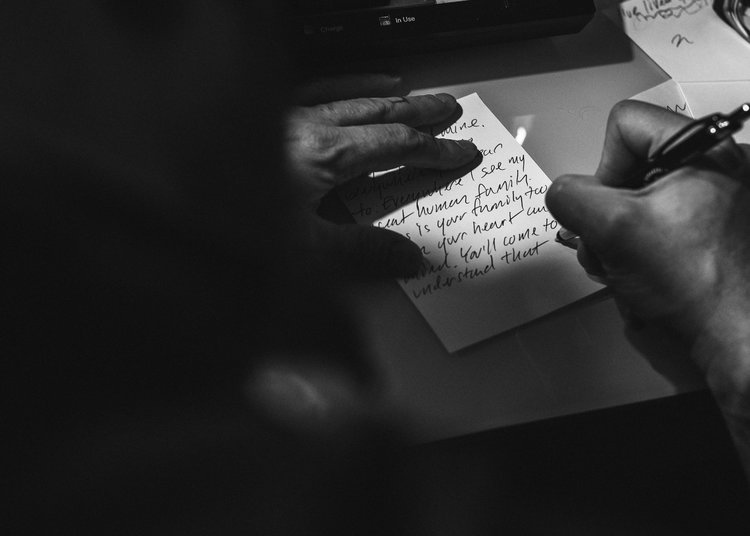 15 of 16 © 2021 David Sacco
In 2007, finally sober and without the numbing effects of alcohol to blunt his emotions, he began writing his first book My Life After Hate, which pulled in a influential readership in the world of humanitarian activism.
En 2018, Arno y Pardeep co-wrote The Gift of Our Wounds a book that tells about their unusual friendship 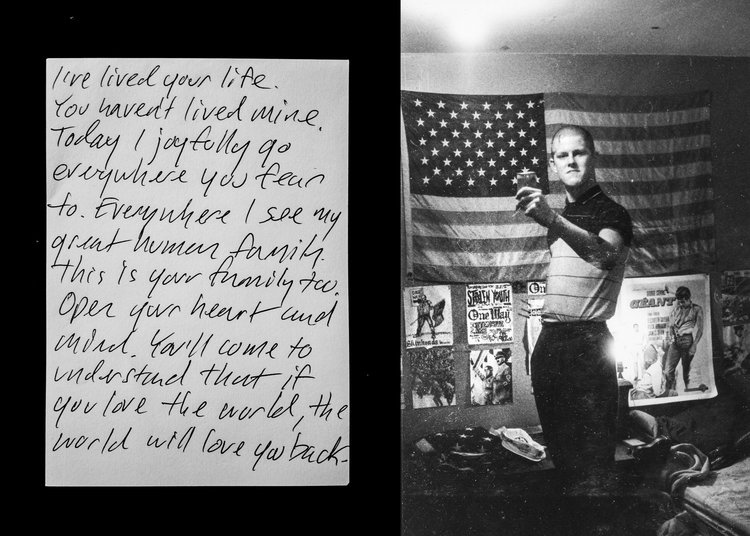 16 of 16 © 2021 David Sacco
I’ve lived your life
You haven’t lived mine
Today I joyfully go everywhere You fear to
Everywhere I see great human family
This is your family too.
Open your heart and mind
You’ll come to understand that if you love the world
the world will love you back.

By david sacco / ipswic — Manwar Ali, known as Shaikh Abu Muntasir, is a former committed pioneer of jihadism in the UK who now runs a..
Apr 5, 2020

By David Sacco / madrid — An ongoing documentary project on the Barrio Salamanca's streets in Madrid, one of the most affluent and..
Feb 28, 2019