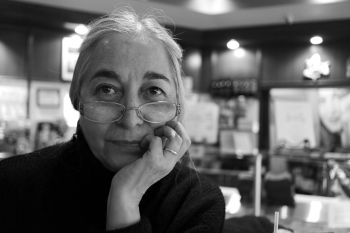 Irma’s photographs are part of her ongoing social-documentary series  “Simple Moments of an Emerging Presence” of Mexican-Americans and Mexican immigrants in New York since 2001, focusing especially on Staten Island, its most rapidly diversifying borough. The selected photographs show simple moments in everyday life, traditions and occasions important to Mexican people. The men, women and children depicted share a common heritage and a homeland separated from their heritage land.

Featured on The New York Times/Lens Blog 6/15/2016, “Mexicans in New York: Traditions and Turning points”. Recipient of The 12th Julia Annual Margaret Cameron Award in Barcelona, and  the second Alice Austen Triennial in 2019; auctions at Noble Collection and Alice Austen Museums in 2019. New York City’s Photoville opening night for the Battle of the Boroughs for Staten Island; and the first Alice Austen Triennial in 2016. An individual exhibit Mexico/Staten Island: Photographs of a Community at the Consulate General of Mexico in New York in 2016-2017; and Mexico/Staten Island at Newhouse Center for Contemporary Art in 2017. 2011 NYFA Mentoring Program for Immigrant Artists. Irma’s photography was included in the Museum of the City of New York exhibit on Hurricane Sandy, Rising Waters. Governors Island Art Fair; Hodges Gallery; and many other contemporary galleries and museums.

Irma is the Founder, Artistic and Program Director of the annual New York City Day of the Dead Festival on Staten Island, established in 1992. Irma directs and presents annually The New York City Day of the Dead Festival in Staten Island to preserve Mexican traditions, to be connected to our homeland, to support spiritual and artistic practices and visible forms of creation that help Mexican and Mexican-American people in our community know who we are. A native of Mexico City, she has presented Mexican traditions at many museums, schools and the community.

She was awarded The Gabriela Mistral, Julia de Burgos, Frida Kahlo Award, 2017 as a photographer and cultural leader who preserves and promotes Mexican values and cultural heritage for younger generations of Mexican-Americans in New York. In 2011, City Councilwoman Debi Rose conferred on Irma the “Staten Island Women Who Preserve History” award for her current long-term photo essay on the Mexican Immigrant Community in New York.